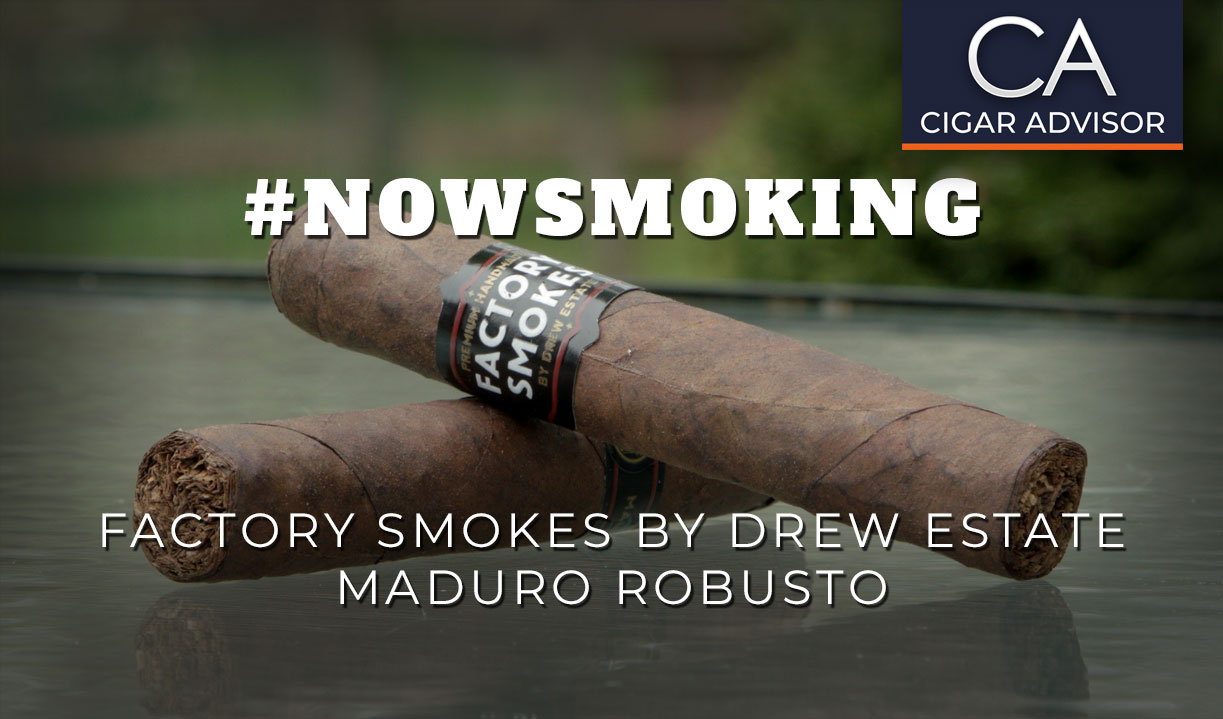 Presented in bundles of 25

The Factory Smokes Back Story 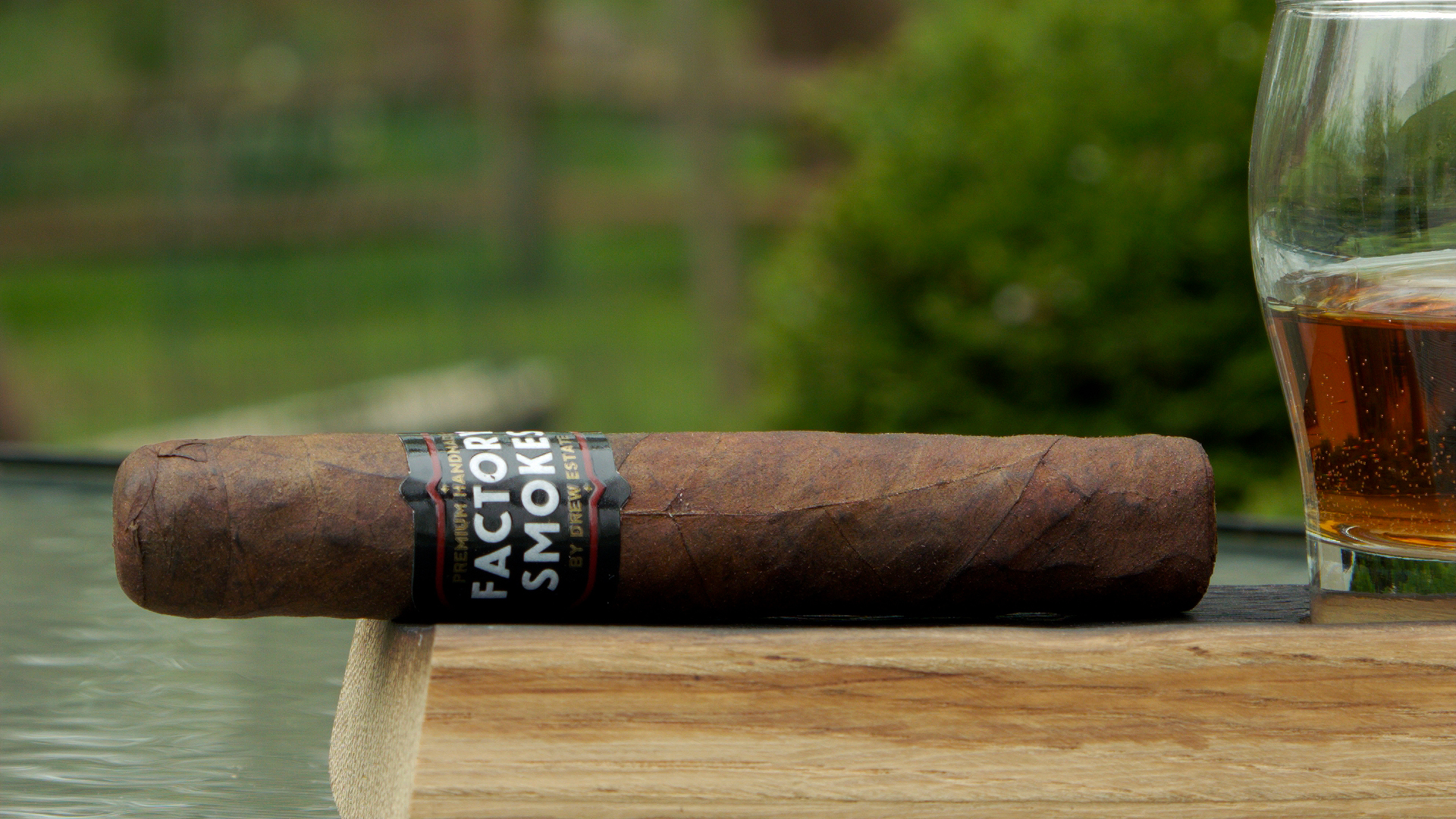 Skillfully handmade at La Gran Fabrica Drew Estate, alongside the same buncheros and rolleros who make Drew Estate’s premium cigars, Factory Smokes by Drew Estate contain a variety of long and short, premium class mixed fillers from Indonesia, plus tobaccos used in some of their most prestigious cigars. This line is perfect for sharing with your friends on any given day, mowing the lawn, washing the car; you know, smoke it, enjoy it, toss it if you must, then grab another. Additionally, all Factory Smokes lines are rolled in four sizes: Churchill, Toro, Robusto, Gordito. 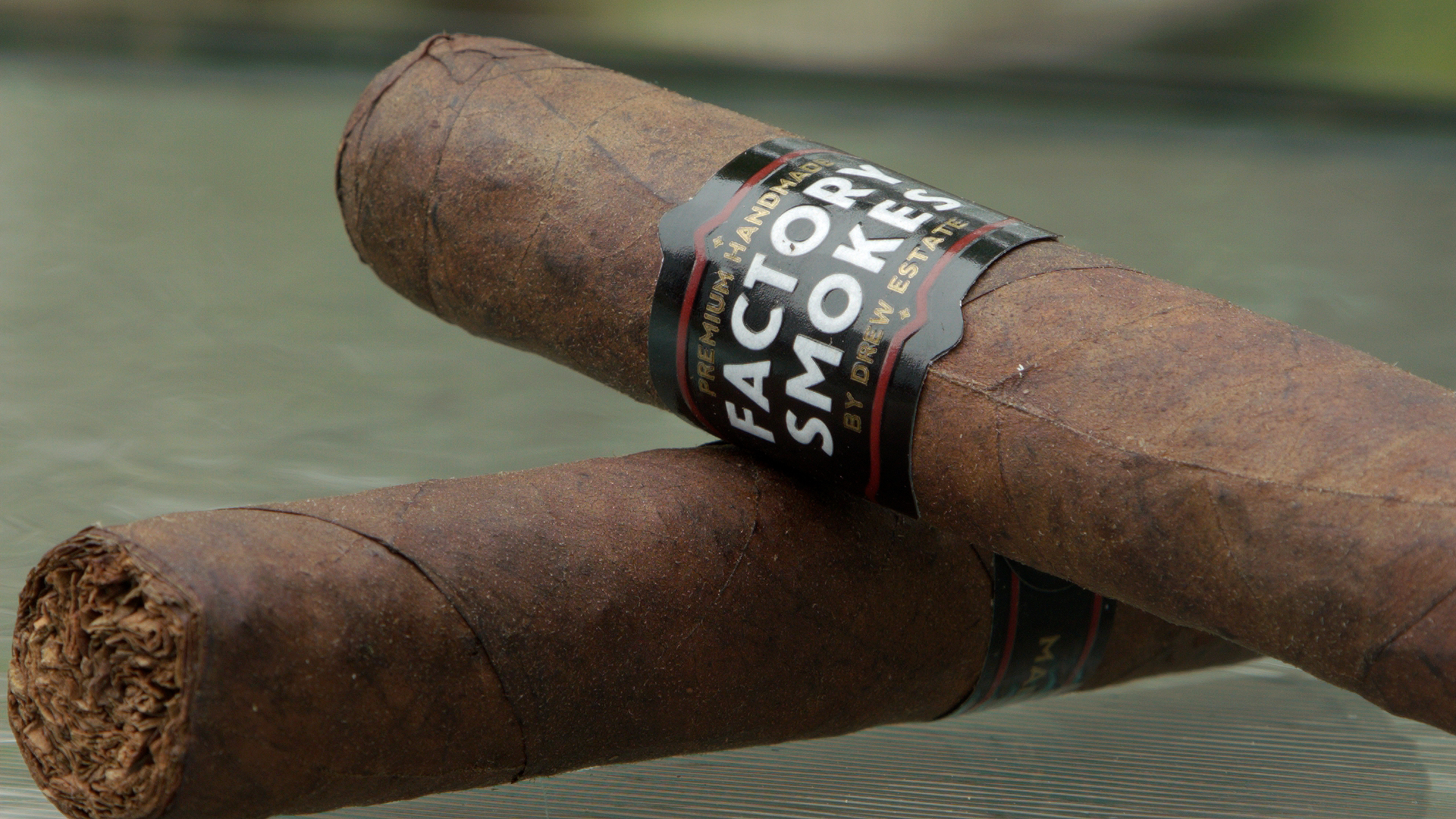 “Our expansion in the bundle business was a decision we did not take lightly,” said Jonathan Drew,  “Bundles aren’t glamorous and the efficiency required to produce them effectively is not easily reached, which is why there aren’t a ton of entrants innovating in the value priced space. This is long overdue for Drew Estate, and when we reached the production scale required to compete we knew we wanted to do what we do, and disrupt the space with an innovative, deep value line of quality smokes for a broad set of thrifty individuals.”

Construction: This robusto is well made. Unfortunately, my sample was a little over humidified, but it didn’t present an issue. The cap has a flat Cuban-style cap and it’s just a little tilted, too, but I like it. The smell of the wrapper is grassy barnyard, while the aroma off the foot offers a pleasant whiff of cocoa.
Draw: Excellent.
Cold Draw: Some grassiness, not much cocoa and a little herbal.
Toasting and light: No problems in the lighting department. The cigar lit evenly and the initial puffs were very smooth with a sweet tobacco flavor. The finish is fairly long and has a light peppery smack to it.
Base flavors: Cocoa, leather, cedar, light pepper, and a hint of espresso.
Aroma: Sweet.
Retrohale: Spicy.
Burn & Ash: Very impressive. The fairly windy conditions I smoked it in did cause the burn to speed up. But the ash held up very well. It was firm and presented no issues. 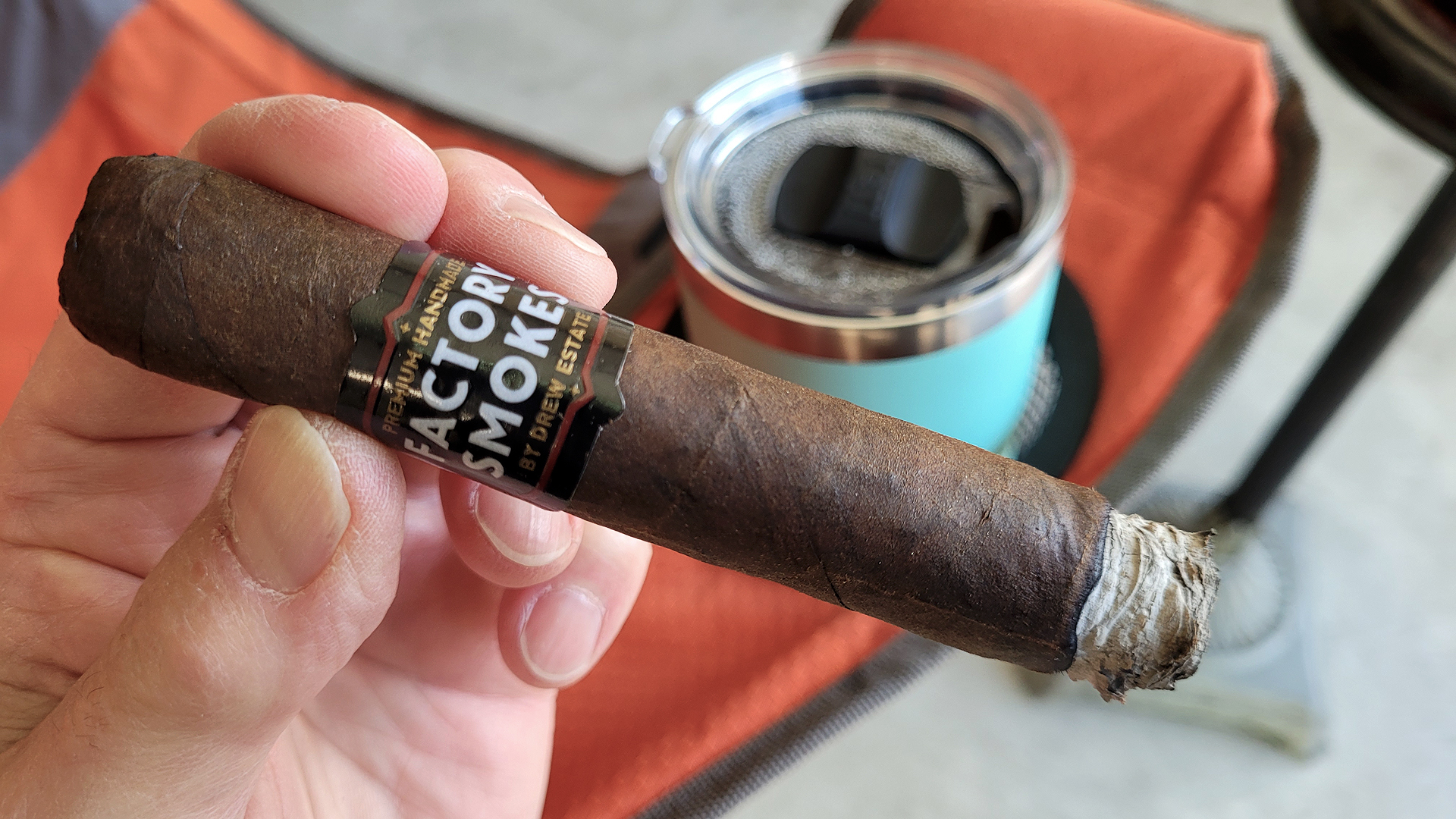 The cigar puts out a ton of smoke and starts off with a nice even burn. At the first inch mark this smoke was very mellow; more mellow than I expected but it tastes good and I think we’ve got the makings of a good yard gar. At this early point the flavors were mostly sweet tobacco and a slight undercurrent of leather. Once the cigar has settled in, it continued to smoke smooth and sweet with a somewhat spicy finish. 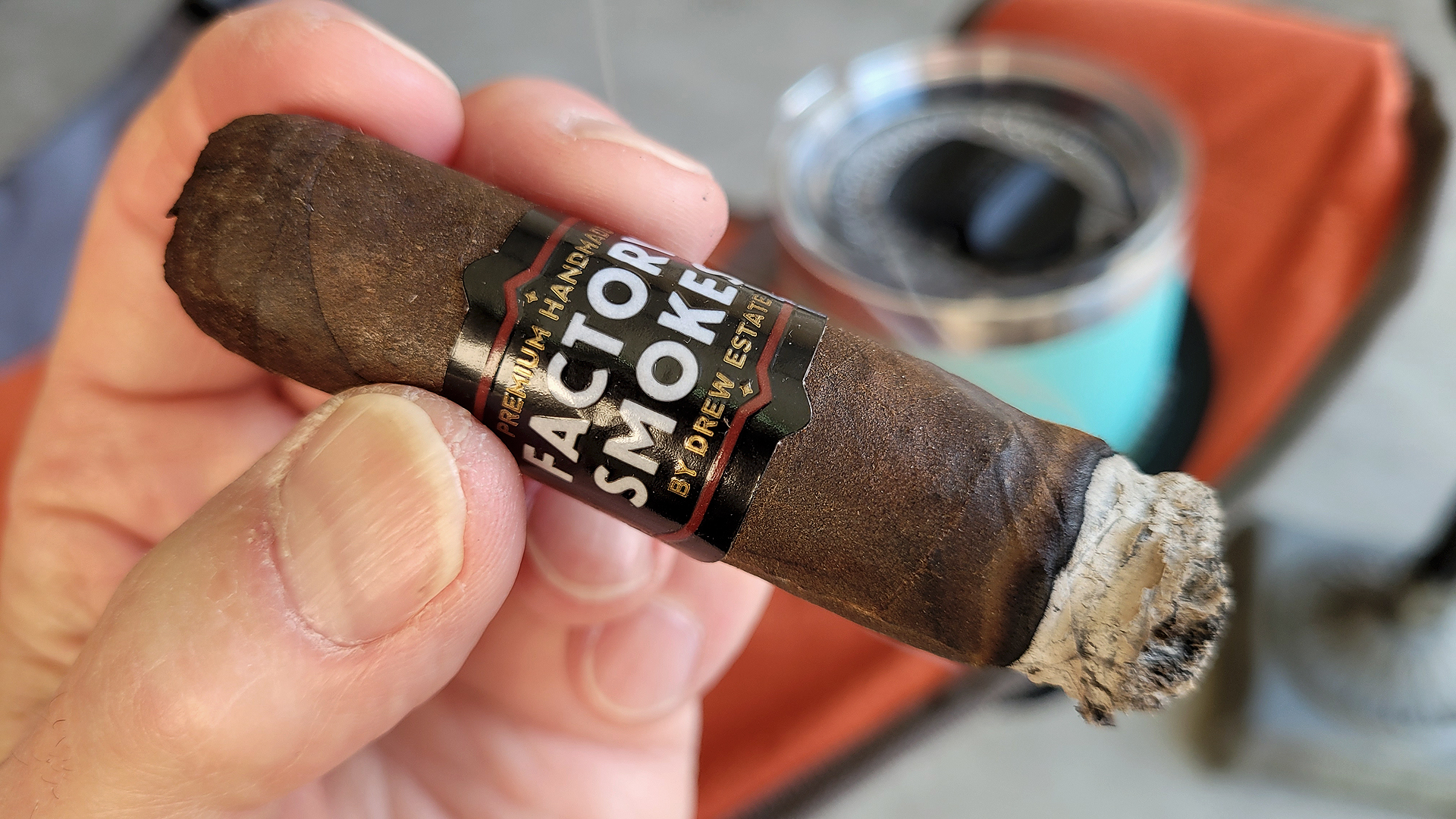 Similar to the previous section, the body remained pretty mellow. I got cottony wads of smoke with flavors of cocoa and cedar and a hint of leather. The ash was impressively firm, but when it hit the ashtray it broke up easily. So, it was a little flaky but hung tough. The aroma was nice and sweet for the most part. There was some nice play between the cocoa, cedar, and every so often some pepper would still linger on the finish. 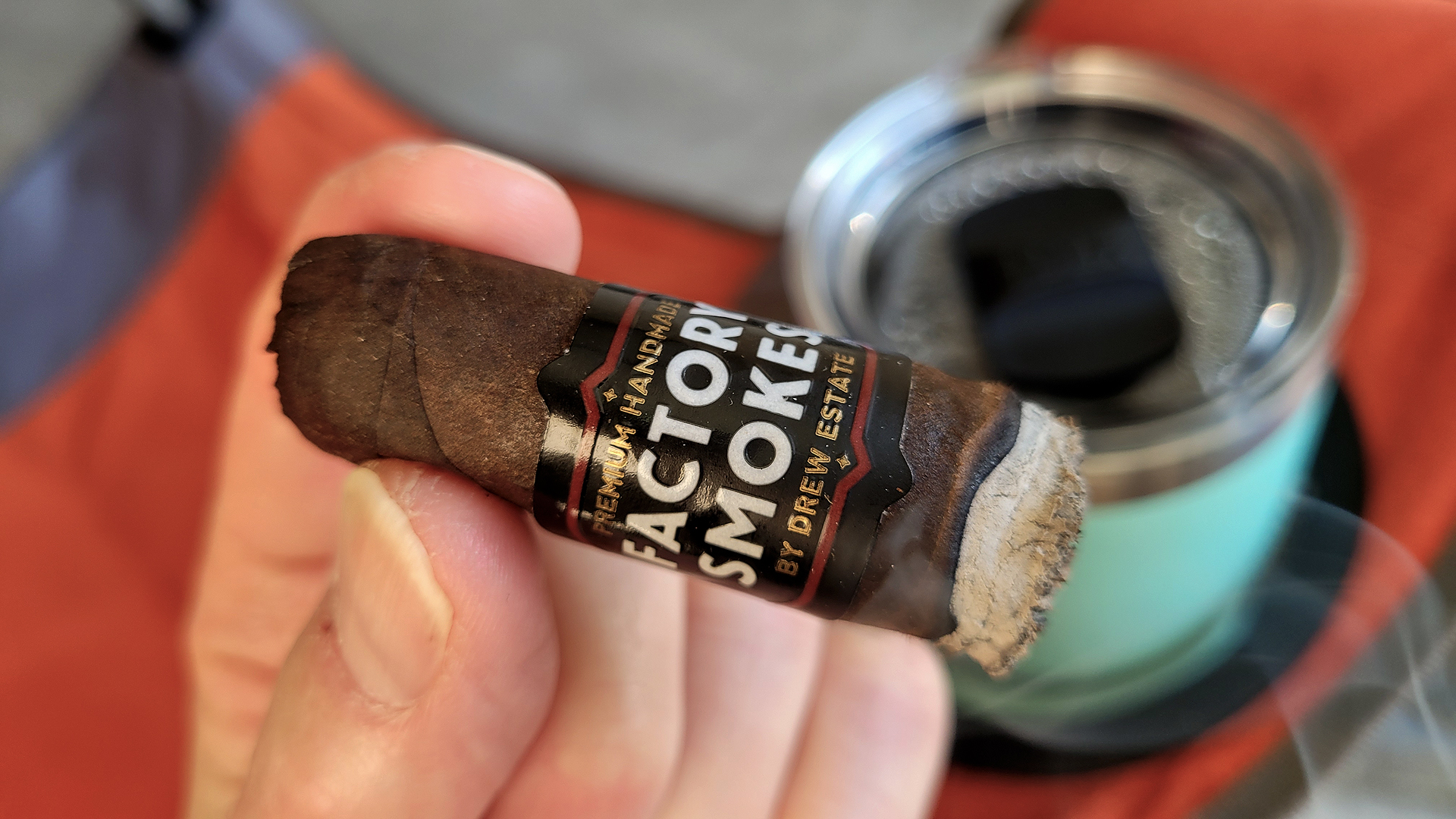 Much like the first two sections of the cigar, the smoke was still thick and sweet with the cocoa and cedar flavors dominating. Some espresso or coffee note knocked at the door, which opened only a little. The cigar was also a bit earthier at this point, yet it didn’t get stronger. It was still a pretty mellow smoke, maybe mellow–plus at best. Once I got into nub territory the flavors began to wane, and some bitterness arrived, but at that point, I’d had my fill of what was a pretty enjoyable mixed-filler cigar. 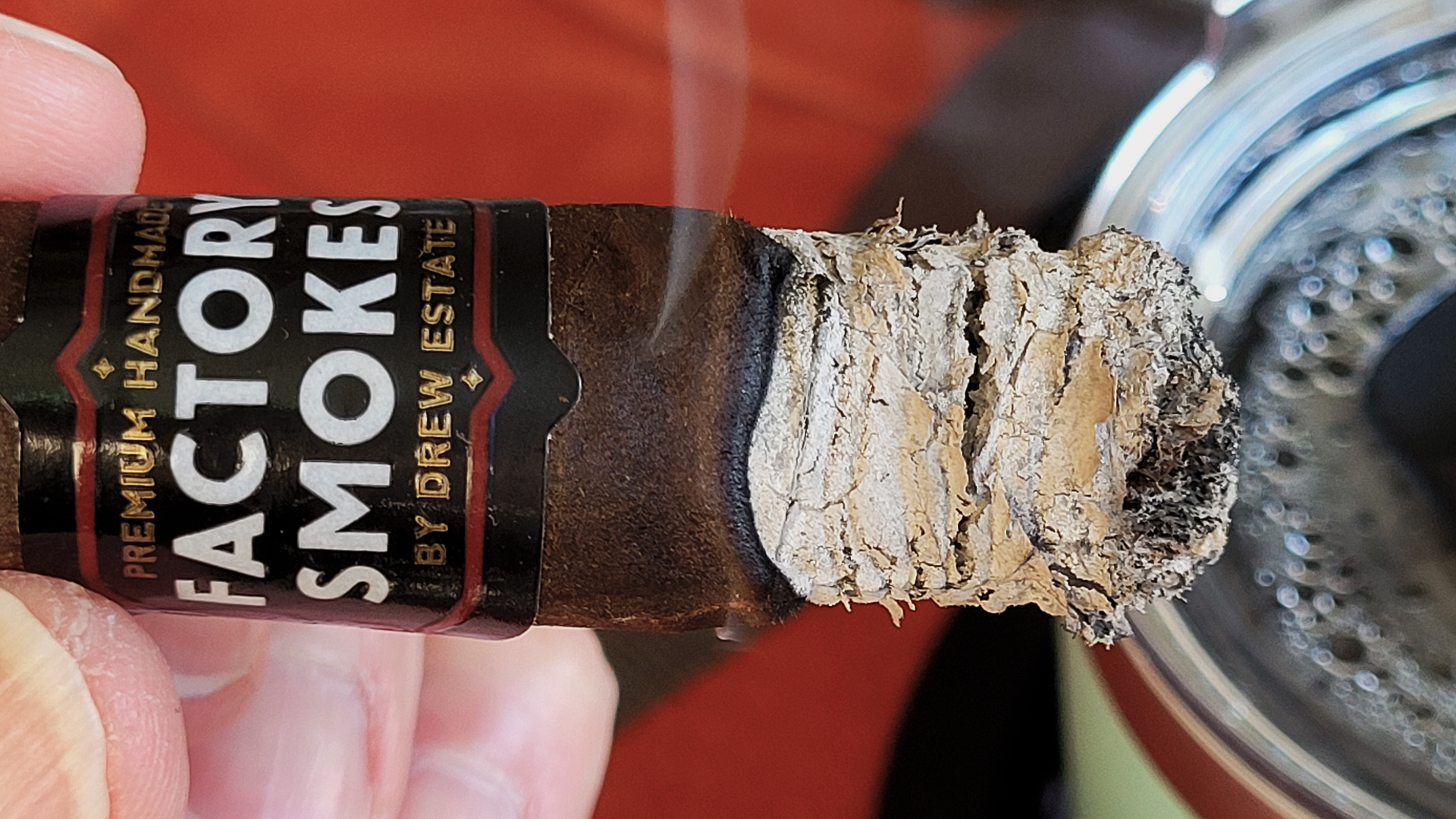 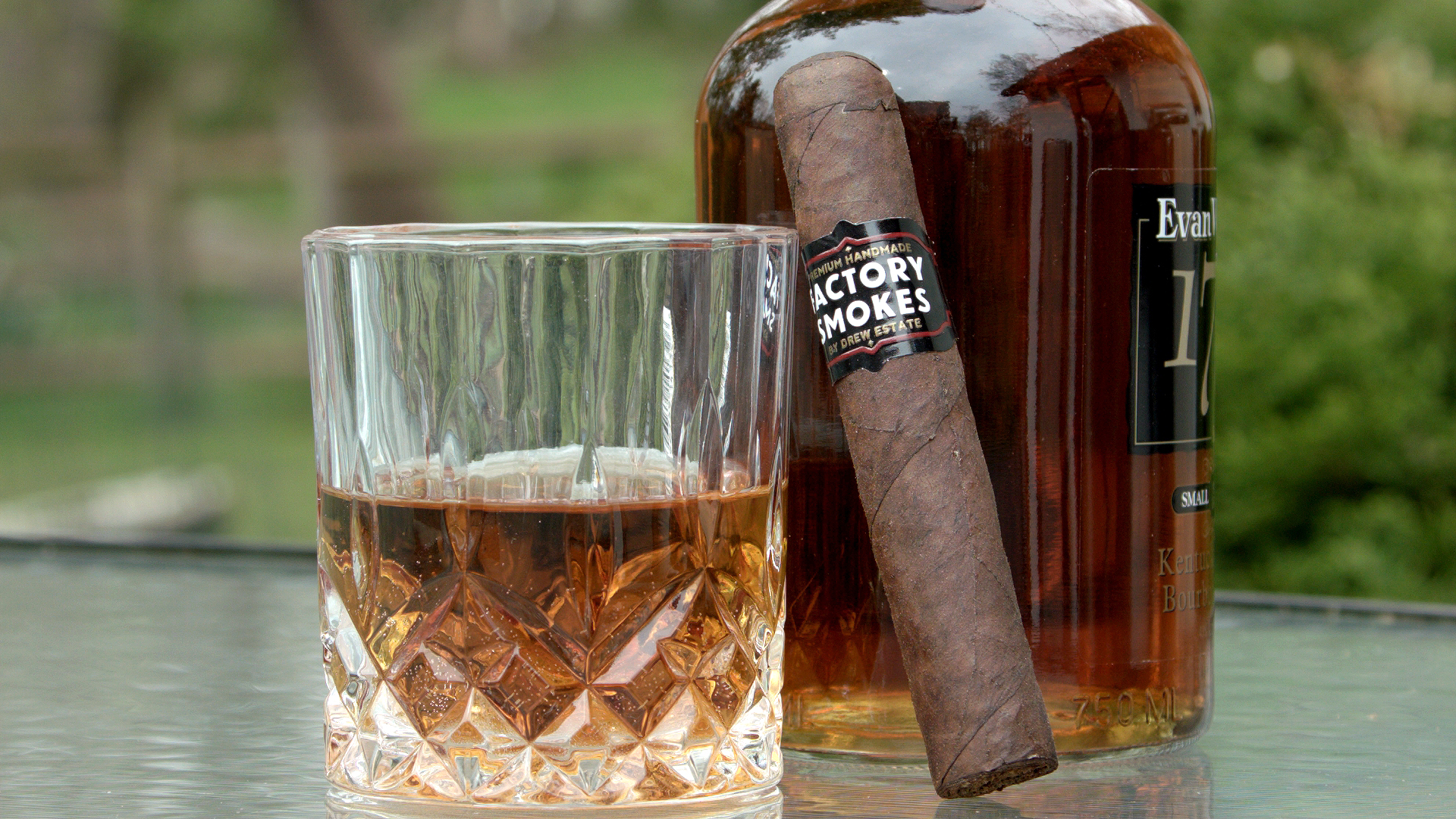 Personally, I think this is really more of a beer cigar, but our pairing expert recommended Jim Beam Straight Bourbon, and I think I see the rationale. The bourbon is aged four years in newly-charred American white oak barrels. The taste is smooth, medium bodied and mellow with notes of fruit, oak, and a little char, plus sweet hints of caramel and vanilla. So, there are some nice flavors in the Jim Beam that  may help give this cigar a little boost on the palate. As an option, you can also try the Evan Williams 1783 Small Batch Bourbon seen in the video. 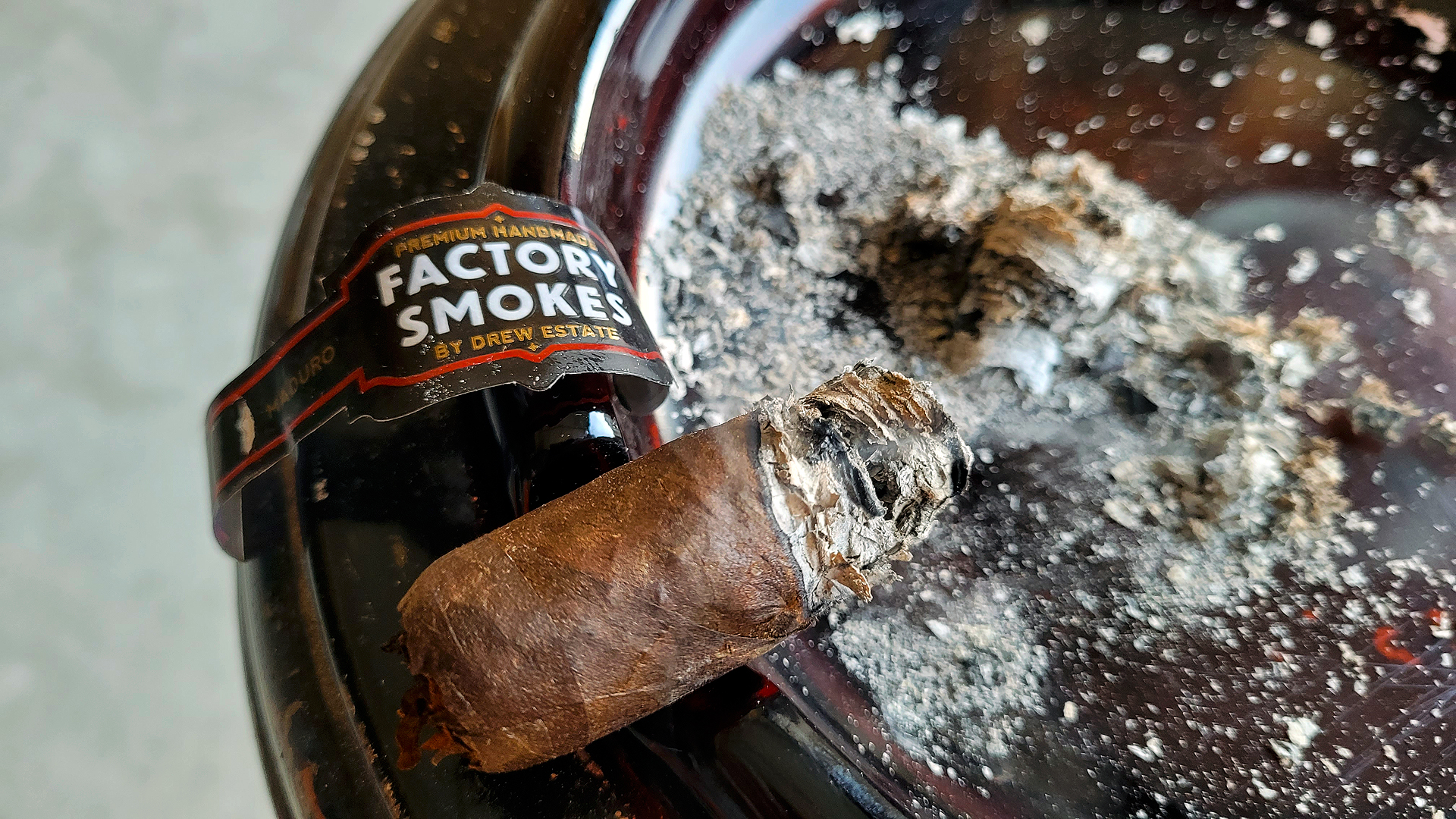 I like it when cigars live up to their promise and from what I got from this Factory Smokes by Drew Estate Maduro Robusto, it did just that. It’s a phenomenal value with enough flavor to keep you satisfied while you’re doing yard work, other extracurricular activities, or as an economical in-between smokes cigar. You can tell that they used some pretty fine tobaccos, but if you’re just looking for a cheap Liga Privada or Undercrown, it may not do it for you. As to who this cigar is for, I’d say it’s a good starter gar for someone who’s curious about getting into smoking premium cigars. The investment is low and the cigar provides a decent amount of flavor. But if you want a cigar just to pass the time because you’re too busy to pay attention to it as you would a pricier primo or, you just don’t like paying a lot of money for a quality smoke, I say go for it.