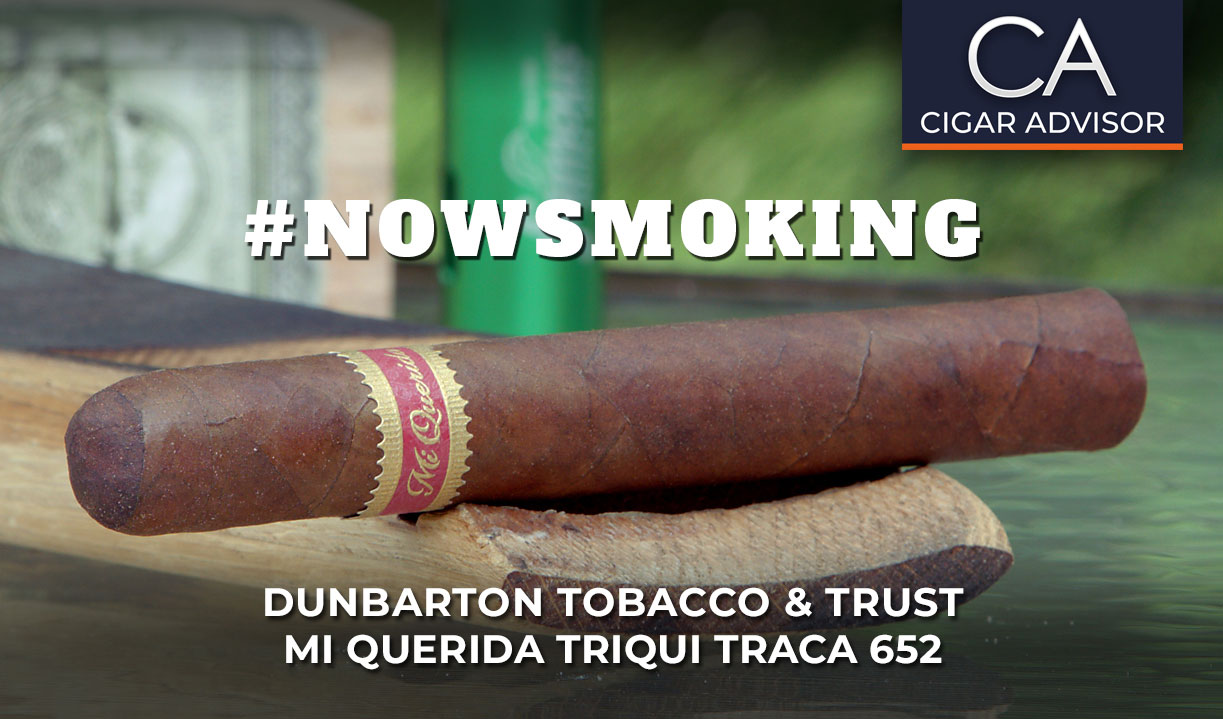 Steve Saka, the head honcho at Dunbarton Tobacco and Trust, said of the original Mi Querida (the one with the blue band), ‘…it represents my personal maduro desires…’ What then to make of Mi Querida Triqui Traca, the line extension Saka called ‘…arguably our boldest cigar release to date.’ 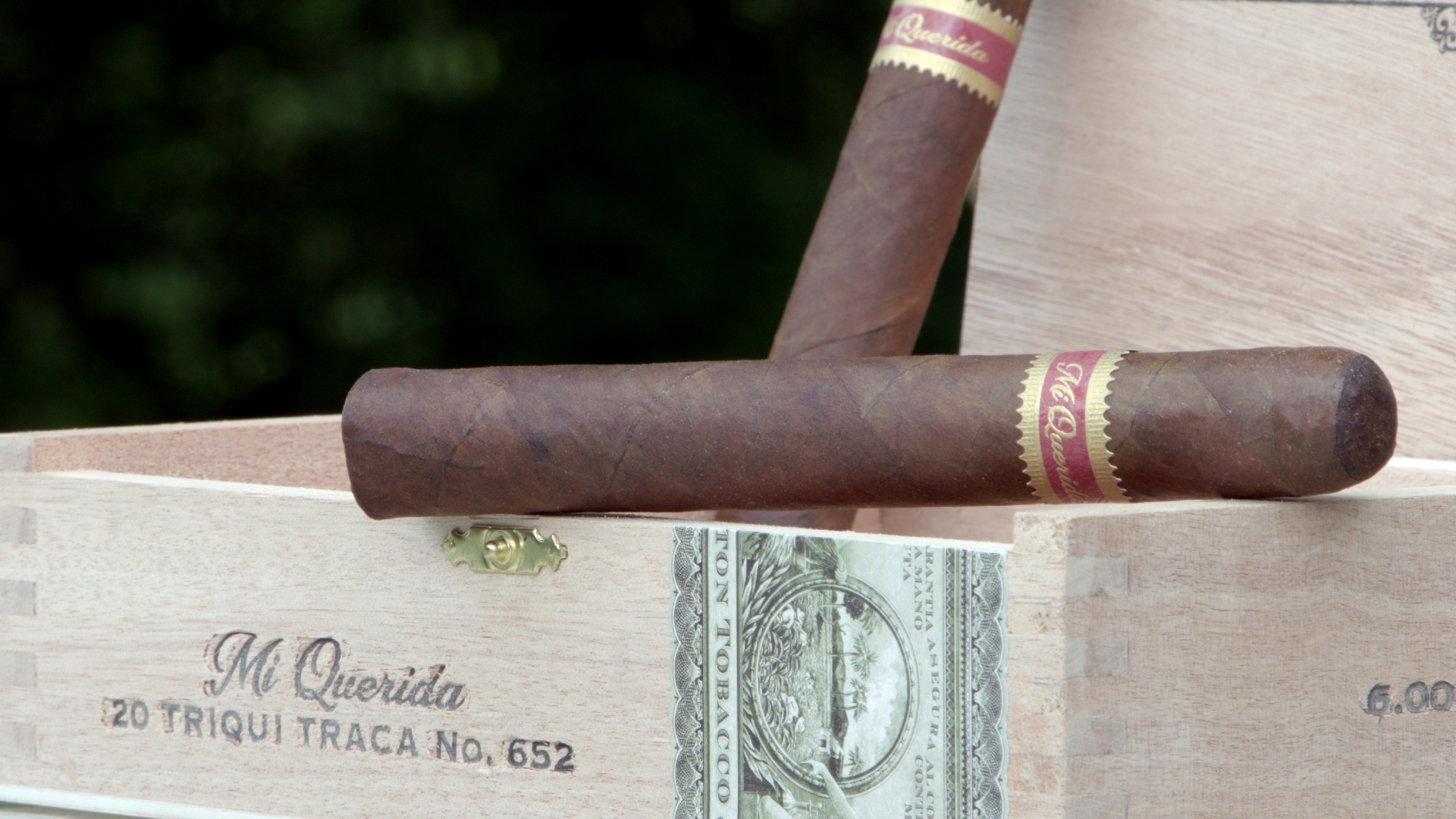 First off, the meanings behind this cigar’s name are a story in and of itself. Mi Querida translates to ‘my dearest,’ and in Nicaragua this seemingly harmless phrase means something a little more along the lines of ‘secret mistress.’ Don’t get that confused with your wife, or your mistress, both of whom know about each other. Mi Querida is a hidden secret that no one knows about. Perhaps veiling some deep maduro desires.

Now the second part, Triqui Traca, is a slang term in Nicaragua for large firecrackers fused together in long ropes. These are laid down the center of streets and set off during religious holidays and national celebrations casting a blinding light down the length of the street. Triqui Traca seemed the perfect name for such a powerful and explosive cigar.

Now, let’s see if this cigar lives up to its moniker. 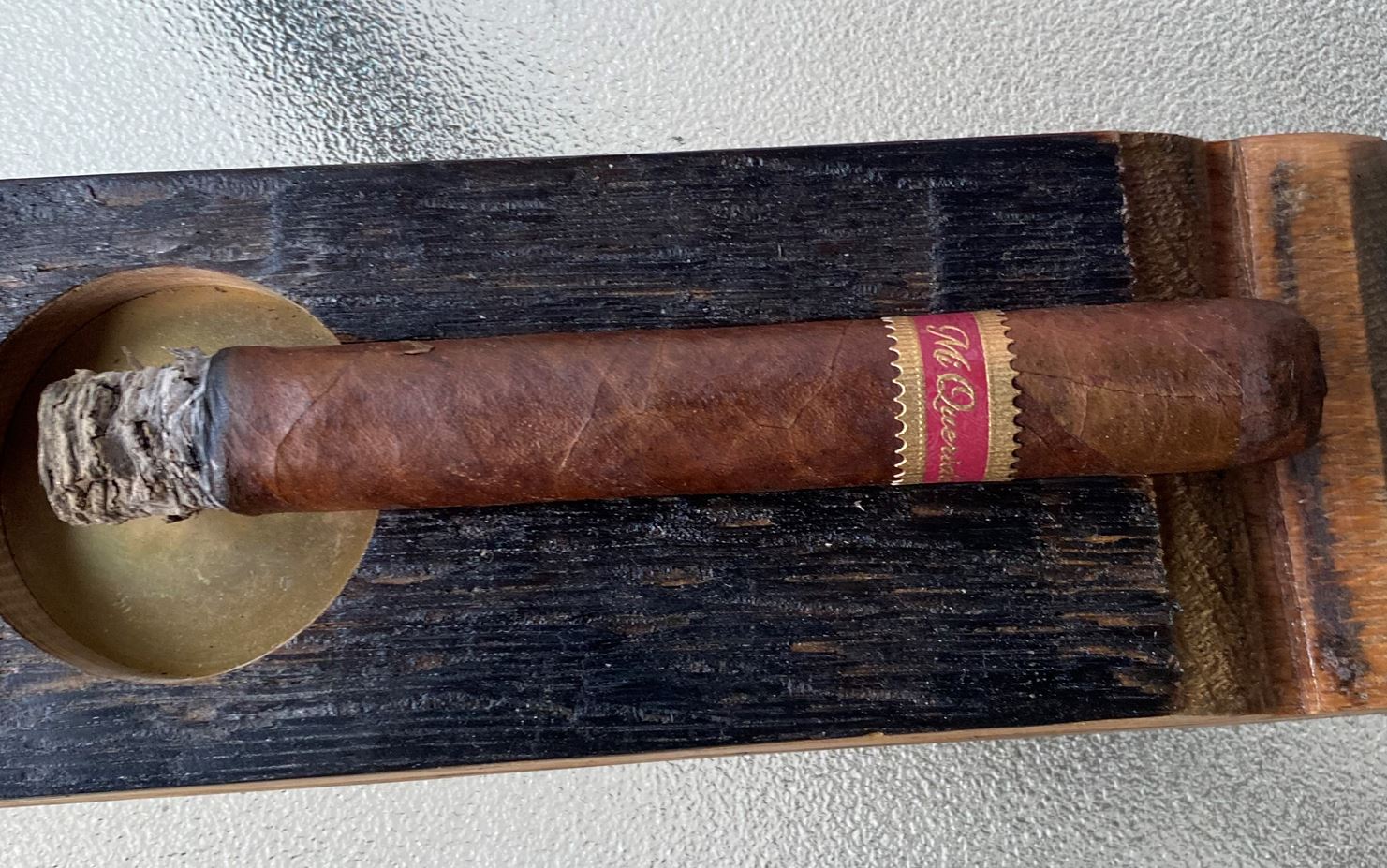 First off, and due to its advance billing as being bold, I expected the usual blast of pepper and spice. But rather, the smoke was rich and dense offering up some early notes of earth and like a really strong espresso. Towards the end of the first third, some sweetness enters, but it’s not cloying—it’s really more of a tease. Let’s see what else the Triqui Traca 652 has in store. 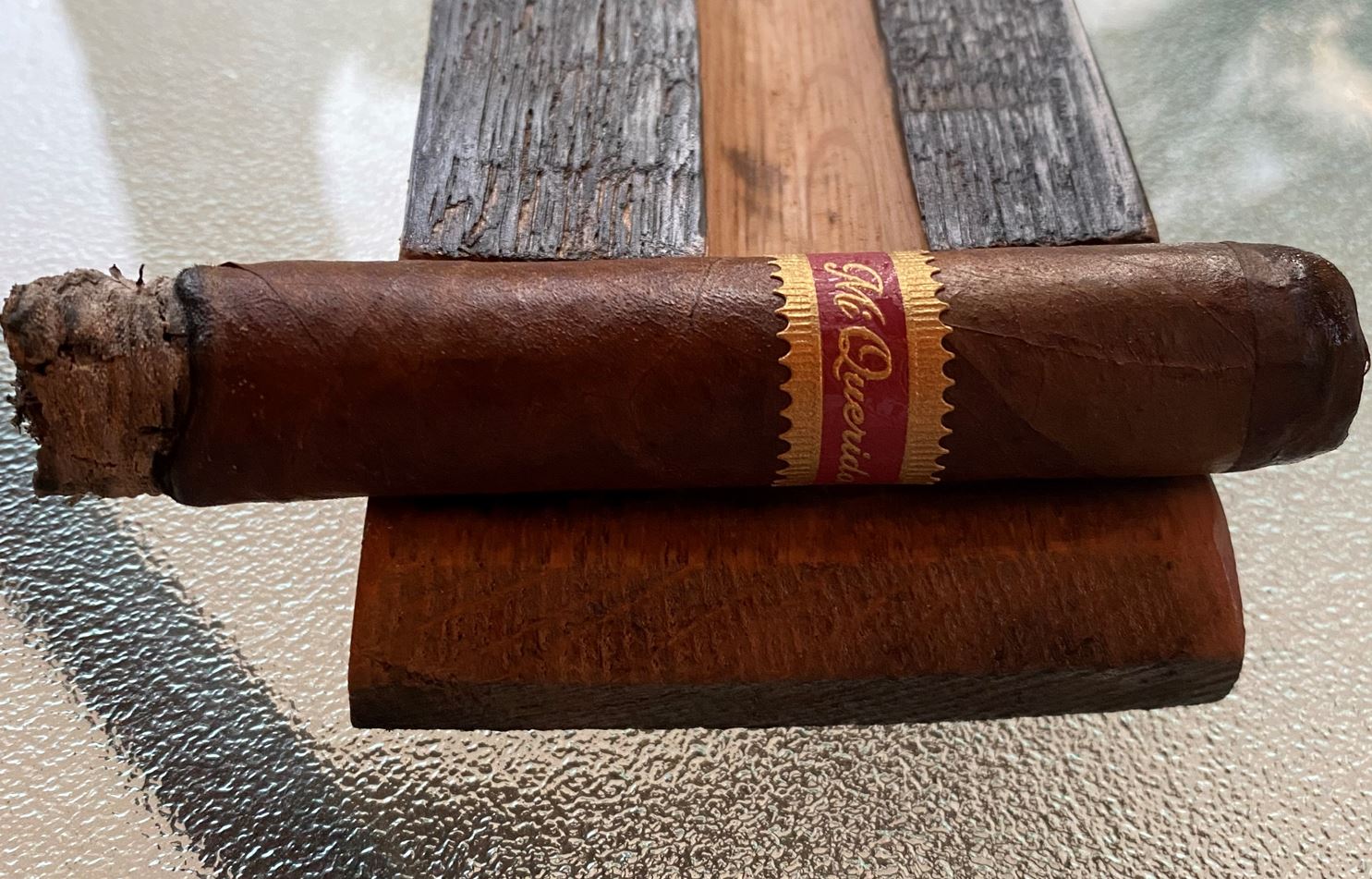 So, I mentioned a sweetness that came into play. Well, now it’s more pronounced and I’d liken it to a good quality dark chocolate. Additional notes of wood, spice, and some pepper join the mix, with varying amounts of strength. So far, this blend’s been as advertised. It’s bold as hell, but it’s a refined boldness. What I like is that this isn’t a cigar to puff wildly on, but instead it encourages you to take some time, sip the smoke and aroma.

Let’s take a look at the Triqui Traca’s closing act.

The basic range of flavors are impressive at this point, but what really stands out is how they work together in concert—perfectly balanced and in harmony. As I said earlier, this is a bold cigar with all the rough edges typically associated with bold cigars smoothed over. In other words, it’s elegant without being wimpy. 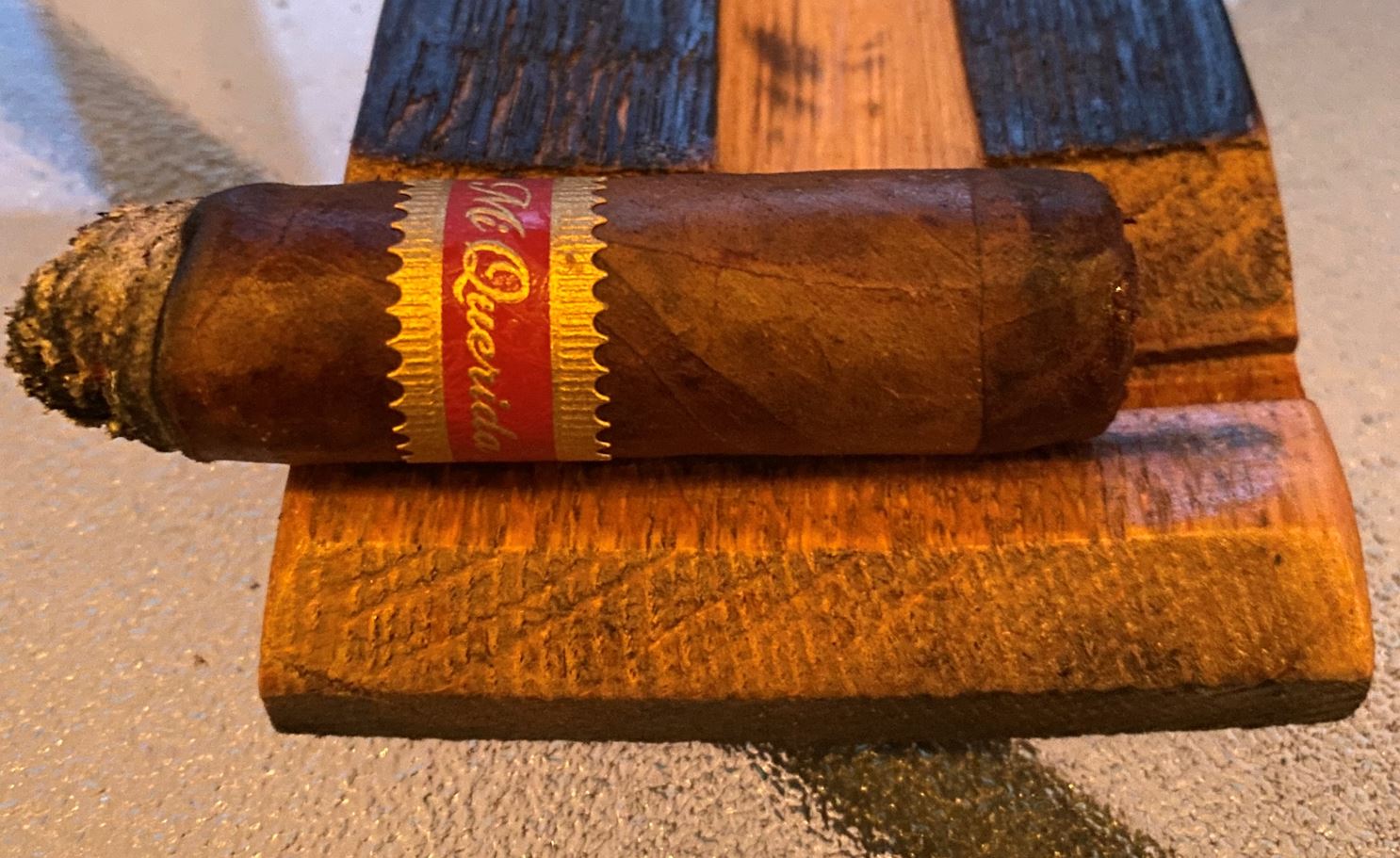 All that being said, this isn’t a cigar for everybody, and it’s not meant to be. Rather, the Mi Querida Triqui Traca 652 would be best enjoyed by a more experienced cigar smoker. One who loves bold and rich maduros and knows what true quality is.

A nice, dark rum or good quality Scotch would complement this cigar. And you can never go wrong with other members of the whiskey family. If you’re looking for a non-alcoholic drink, I’d suggest a lemon/lime soda or lemonade. 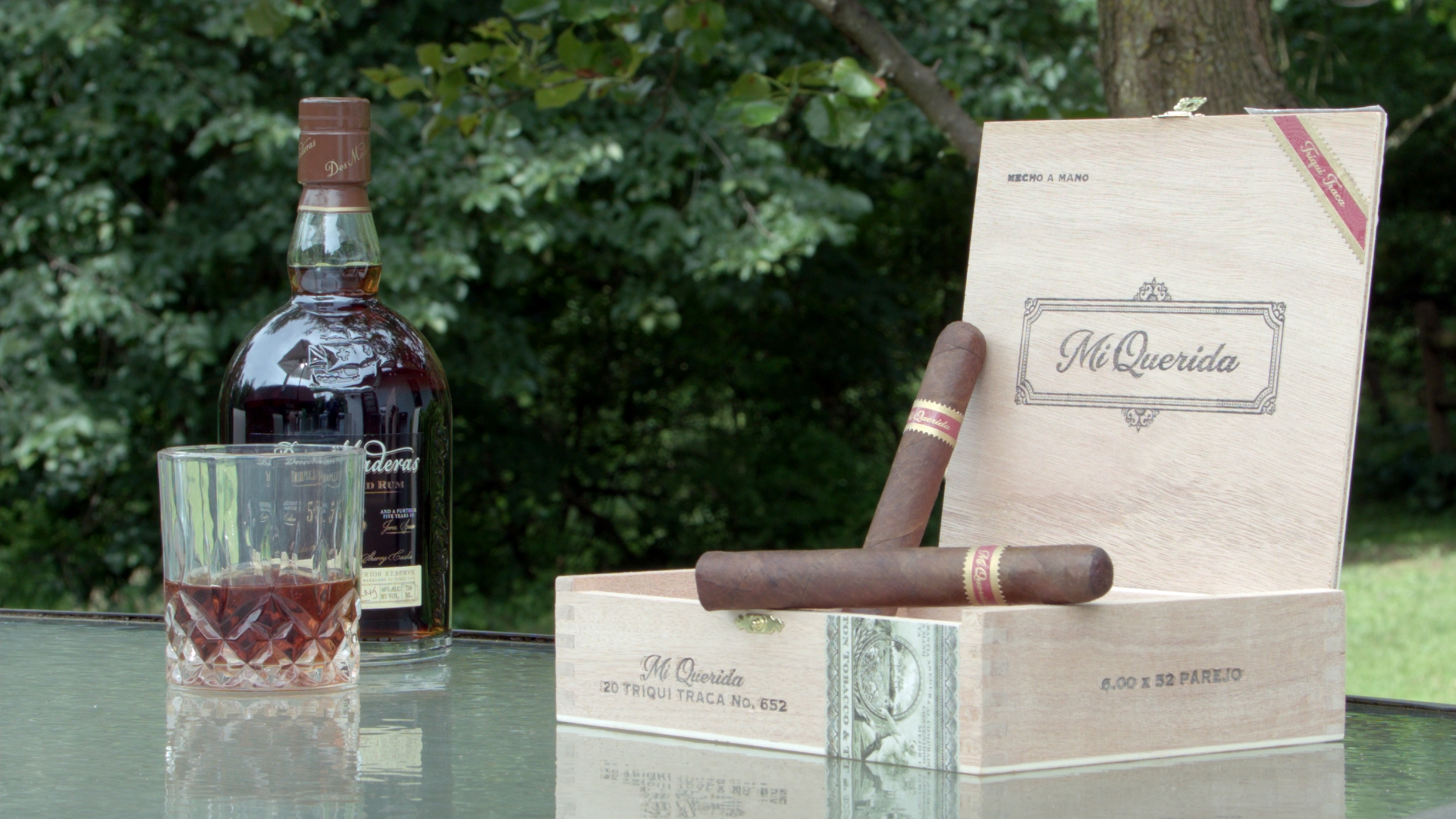 Yes. I enjoyed the Mi Querida Triqui Traca 652, and I will smoke it again. However, at least for me, this isn’t an everyday type of cigar. Rather, Triqui Traca is a cigar to keep in your humidor to save for a big occasion or a time when you can sit back and fully enjoy and embrace all the rich, deep, nuances it has to offer.

Tell Jared thank you for submitting my request and will purchase.

Reading Time: 4 minutes This week we’re reviewing Crowned Heads Mil Dias Marranitos EL 2022. See what we think of the ‘same but different’ limited edition blend. Watch the review to help you decide if you should add it to your rotation!

Reading Time: 9 minutes The second of Famous Smoke Shop’s 80th Anniversary cigars comes from one of today’s hottest boutiques – and we’ve really been looking forward to getting it between our fingers. Did it make the grade? To see our review, click now…

Cigar Advisor Guide to Seasoning a Humidor with Boveda