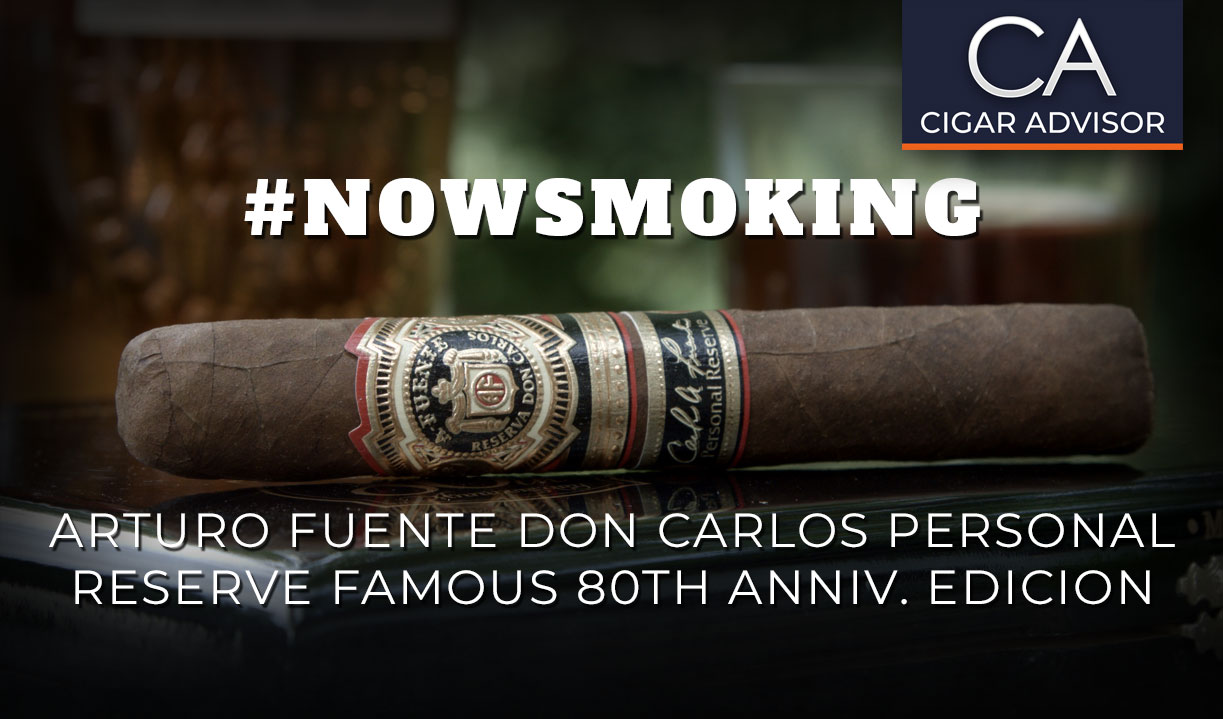 In 2015 Arturo Fuente Cigars released a limited edition cigar, the Don Carlos Personal Reserve in honor of Don Carlos Fuente Sr.‘s 80th birthday. Also known as “The Man’s 80th,” it was presented in an Edición de Aniversario box of 20 Robustos, Don Carlos’s favorite cigar shape. The cigar was an instant classic, and continues to be released annually, in limited supply, for fans of The Man. Rolled in a specially-aged African Cameroon wrapper, a staple of the Don Carlos selection, the core blend consists of vintage Dominican tobaccos grown on Fuente’s estate farms that have been aged up to 10 years. 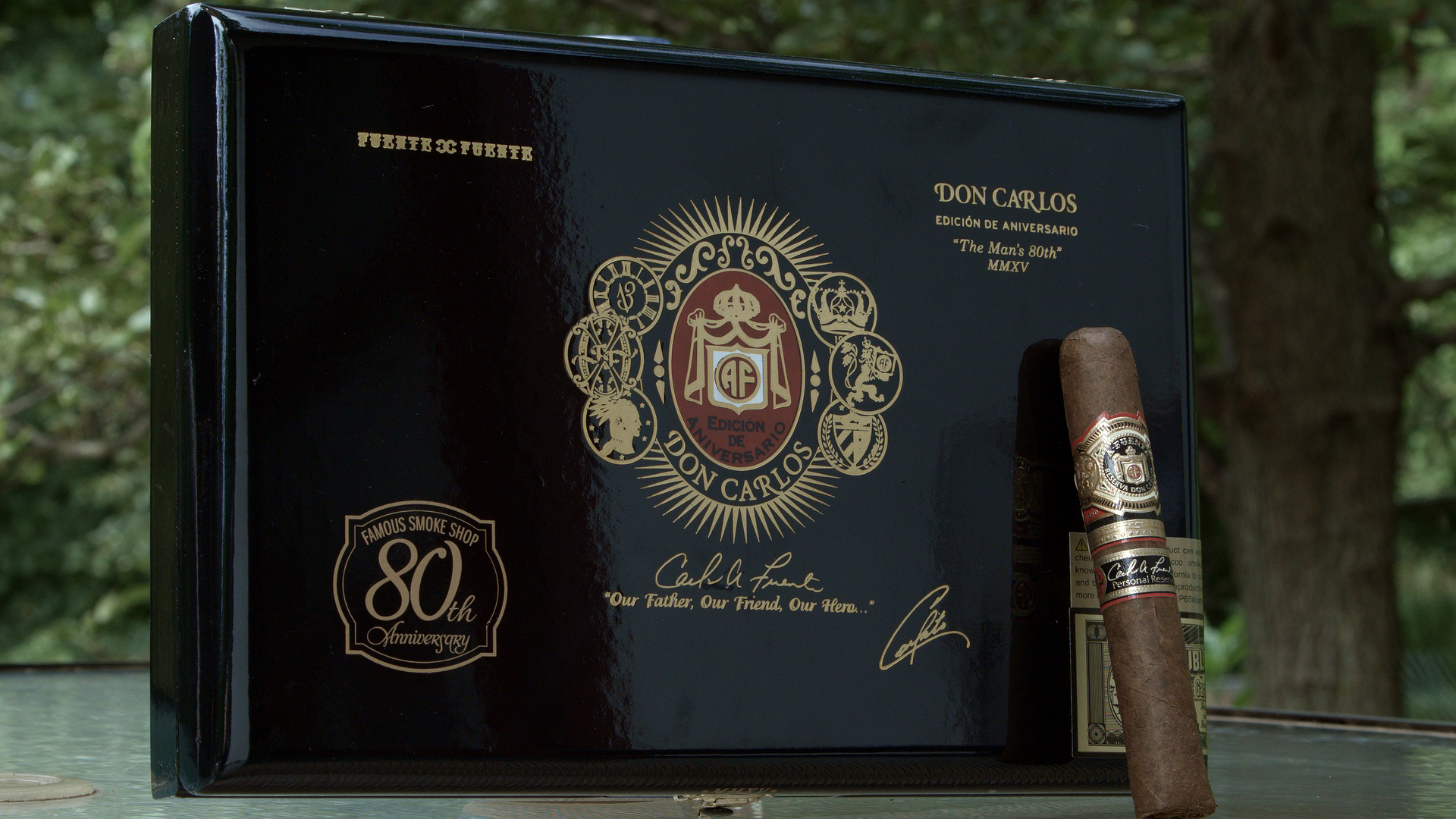 In 2019, Famous Smoke Shop celebrated its 80th anniversary in business. As a tribute to the retailer’s long-running success, a number of leading cigar makers created limited edition, 80th Anniversary selections. Among them were Ernesto Perez-Carrillo, AJ Fernandez, and Steve Saka of Dunbarton Tobacco & Trust, to name but a few. The final release in the Famous 80th Anniversary editions came from Arturo Fuente Cigars. Carlos “Carlito“ Fuente Jr. created a special 10 cigar box of Don Carlos Personal Reserve Robusto for the occasion in a run of only 700 boxes.

Since Don Carlos Sr. continually tweaked the blend for his private use over the years, the Don Carlos Personal Reserve Famous 80th Anniversary Edition is slightly modified, yet faithfully reflects “The Man’s” personal flavor profile as closely as if Don Carlos had rolled it for you himself. 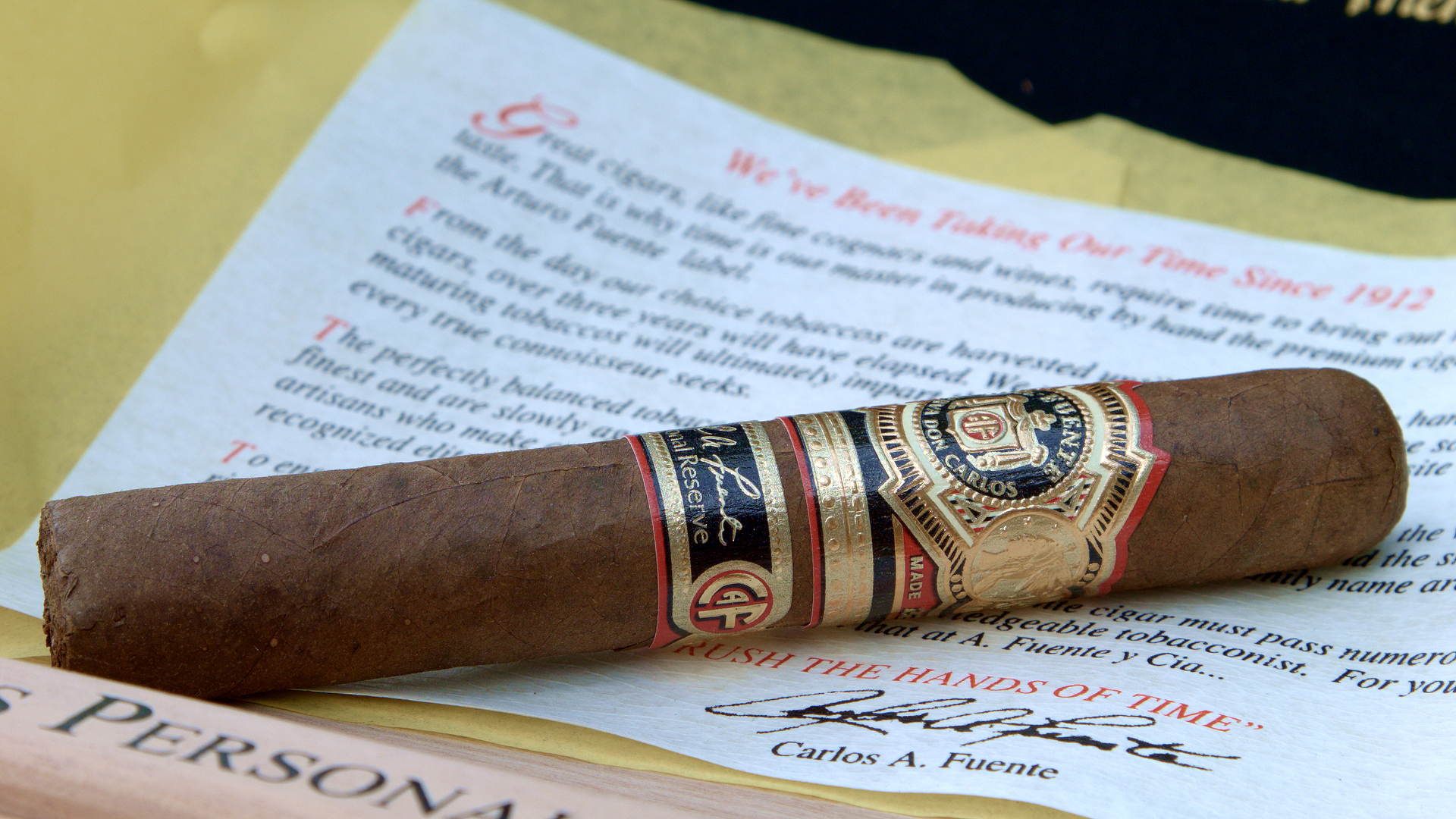 In a press release, Famous Smoke Shop CEO Arthur Zaretsky said: “The Fuentes have been doing business with our family since 1970. We go back a long way and are honored that Carlito and his family would do something like this to honor our 80 years in business.” 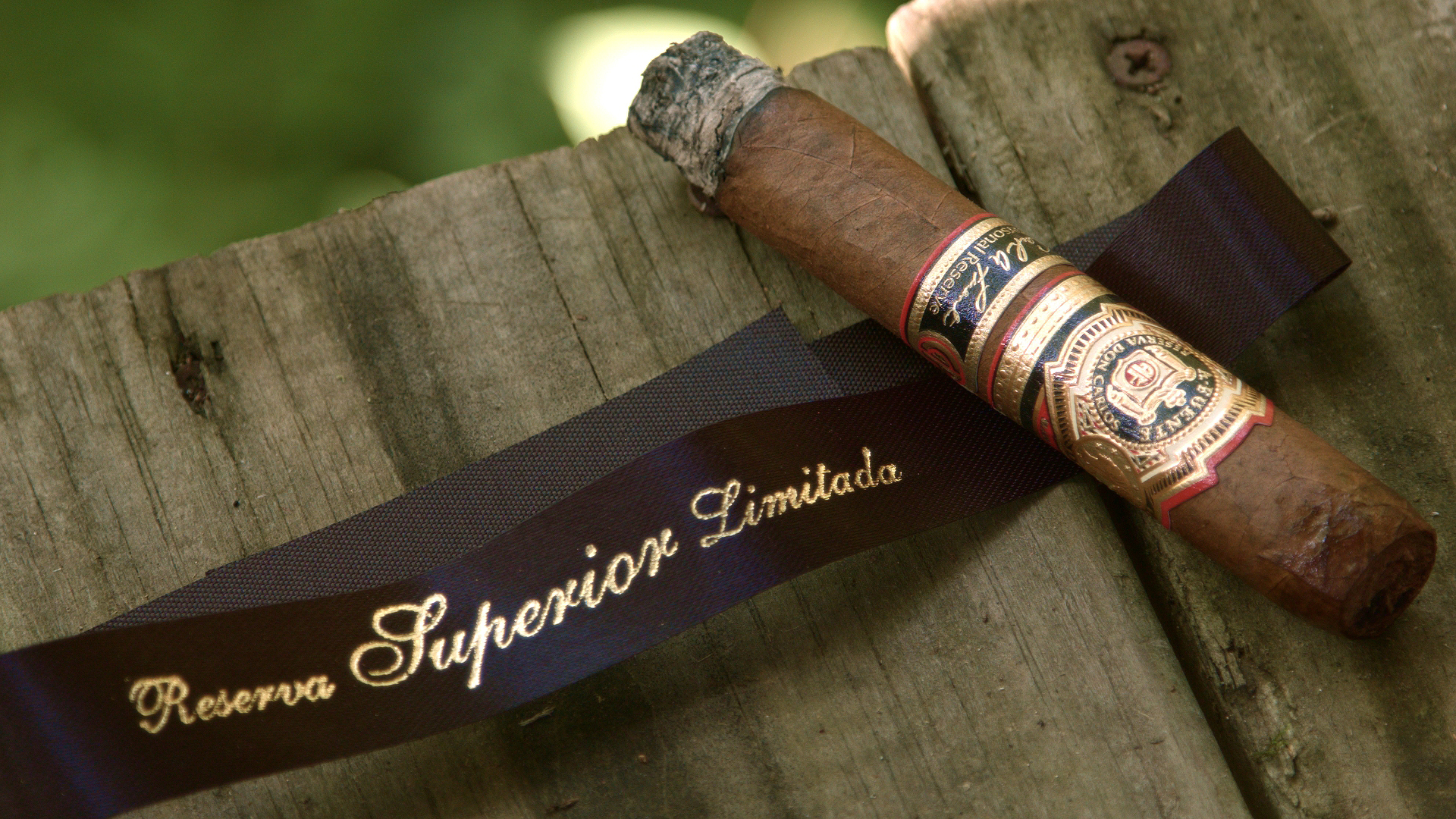 Impeccably. The Cameroon wrapper is stunning. Seamlessly rolled around a well-packed core the leaf is even in color with a slightly reddish tint, a bit toothy to the touch, and finished with a triple cap. Once clipped, the cold draw offered a slightly salty, leathery flavor with a note of sweet tobacco. 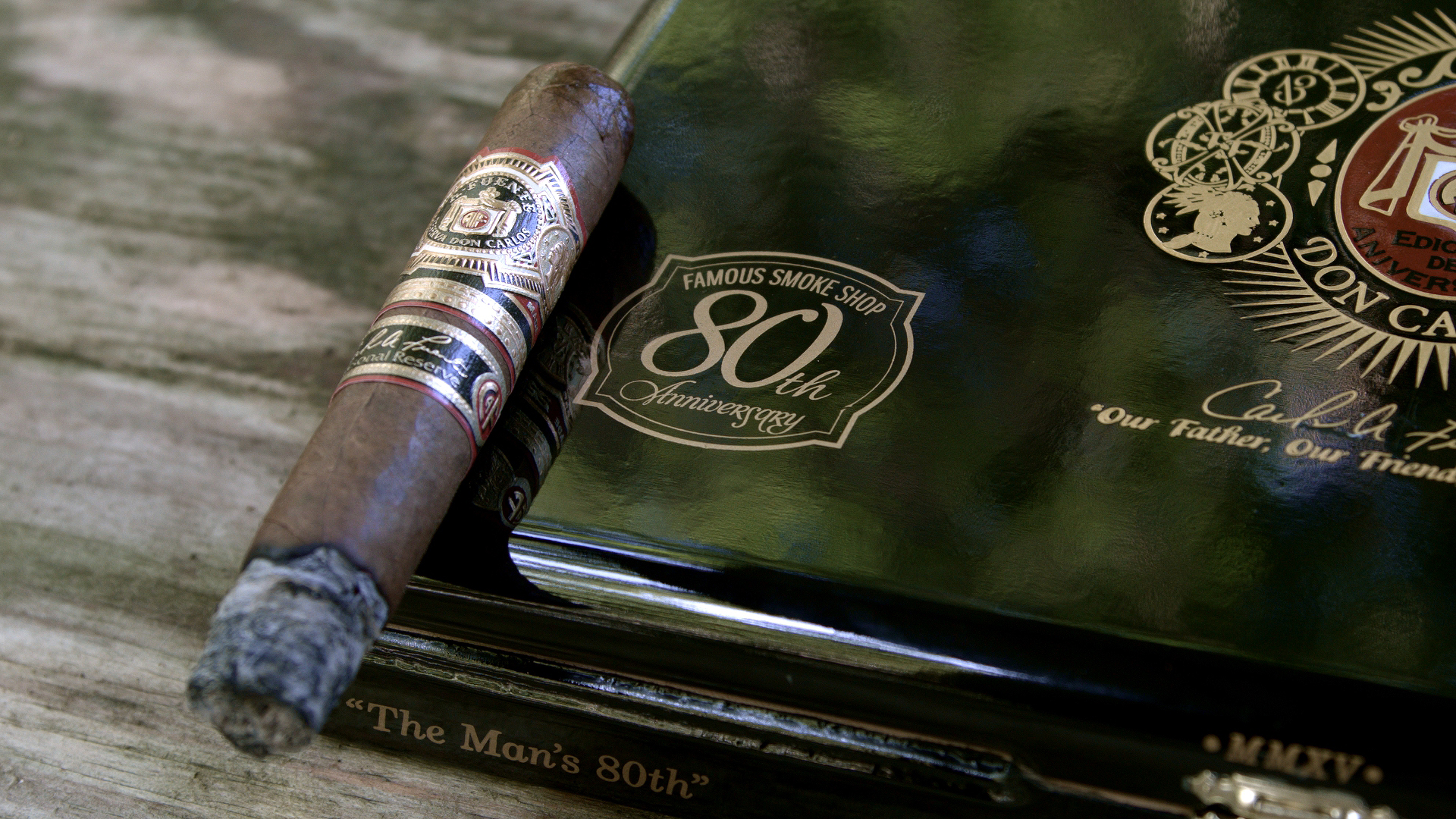 Amazingly. That may sound like hype, but this is one cigar that‘s made with an exceptional amount of care. (If you’ve had the Don Carlos Personal Reserve from the boxes of 20, this is the same cigar.) I’ve had several of these Robustos leading up to this session, and each cigar offered the same velvety smoke with core flavors of leather, cedar, roasted nuts, and sweet spice. The burn was even throughout, too, revealing a mostly grey, gravity-defying ash, while the aroma was floral and redolently sweet. 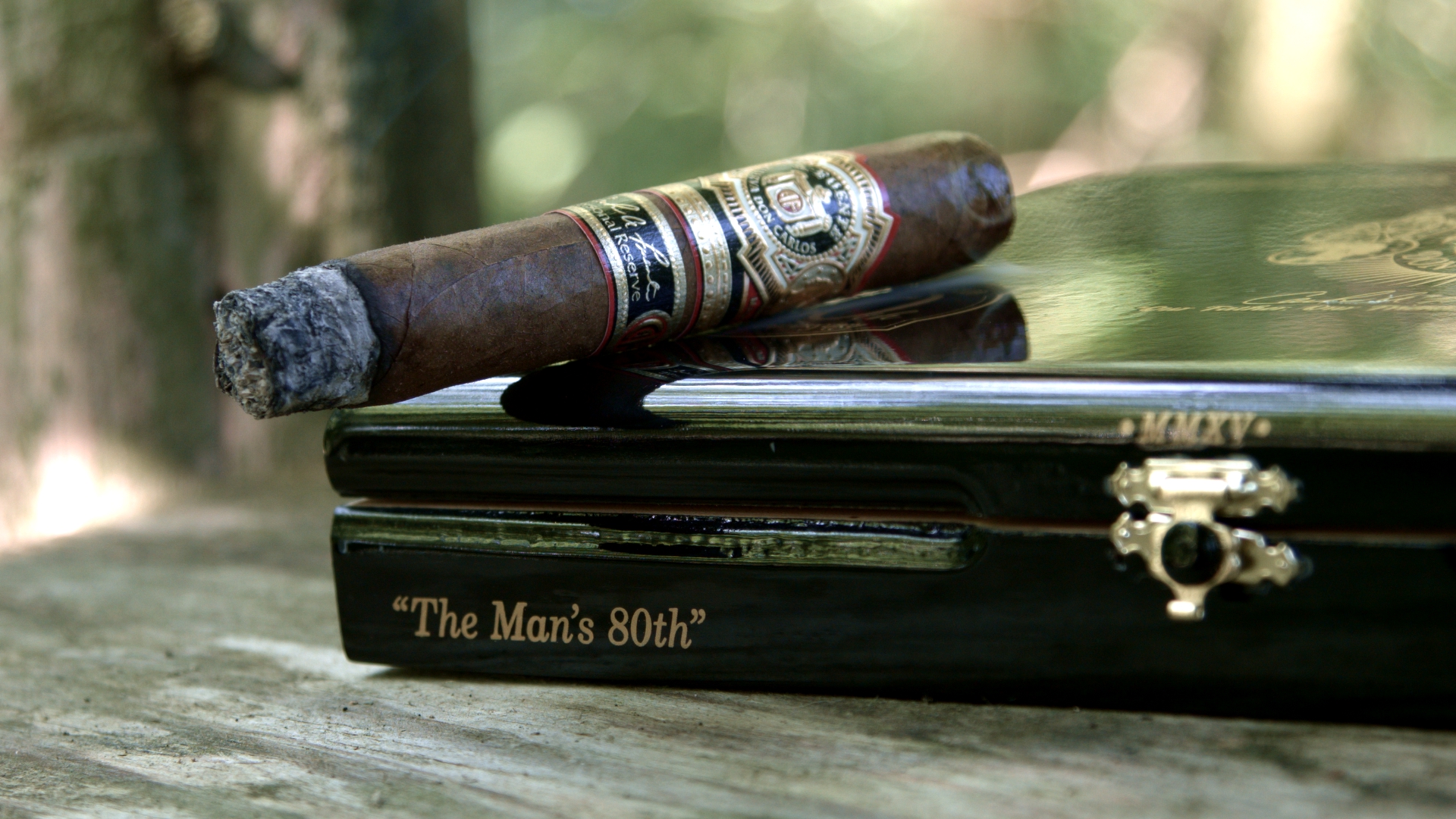 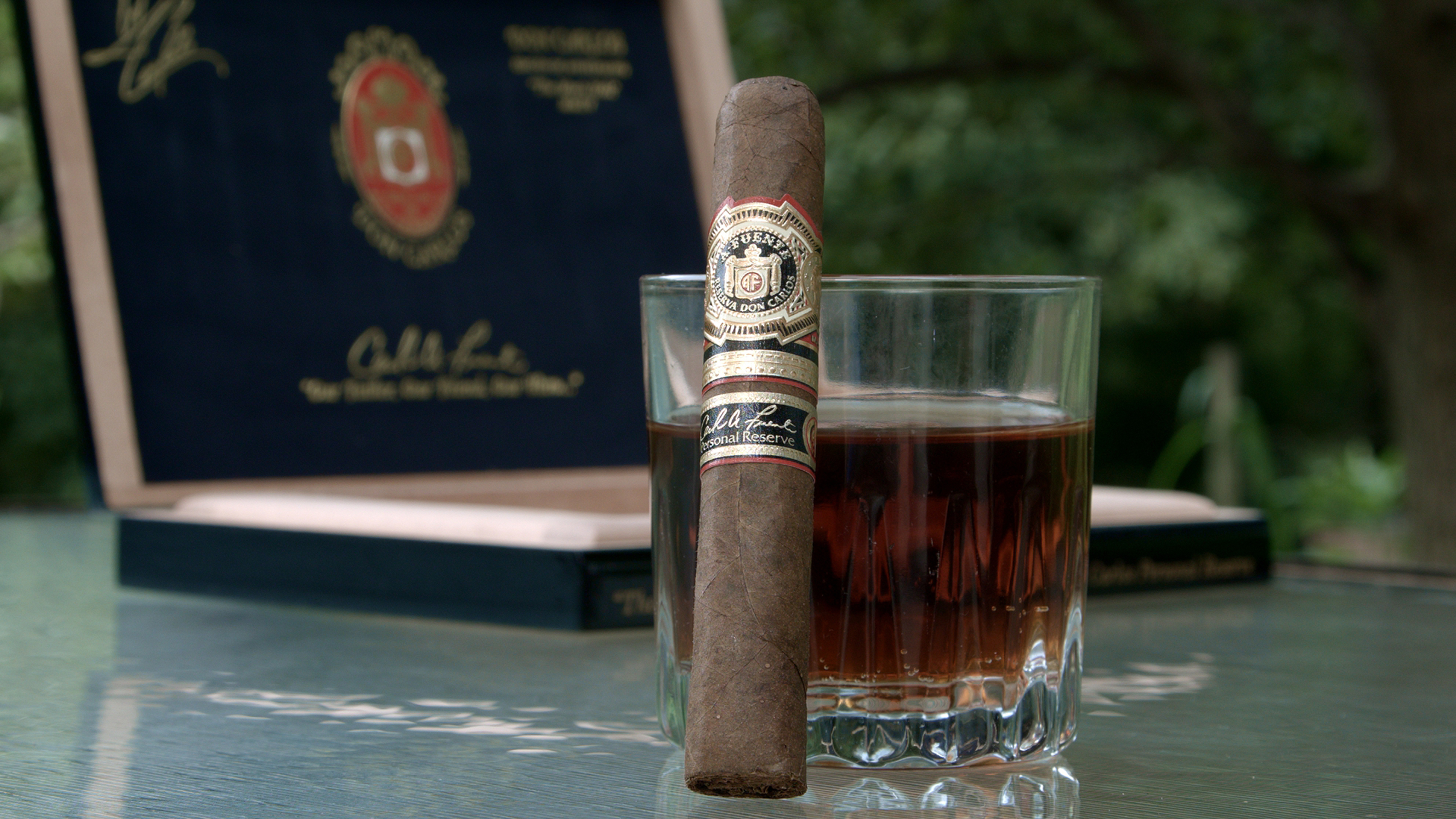 This cigar was made for having with a Cuban-style cafecíto, but a fine, long-aged rum or bourbon will do the job. You don’t want something too heavy. The flavor of the cigar needs to shine through, so keep it complementary. In the video, Jenny paired her Don Carlos Personal Reserve Robusto with a Babe Rosé with Bubbles, which worked out very well for her. On that note, a high-quality champagne might be in order, too. 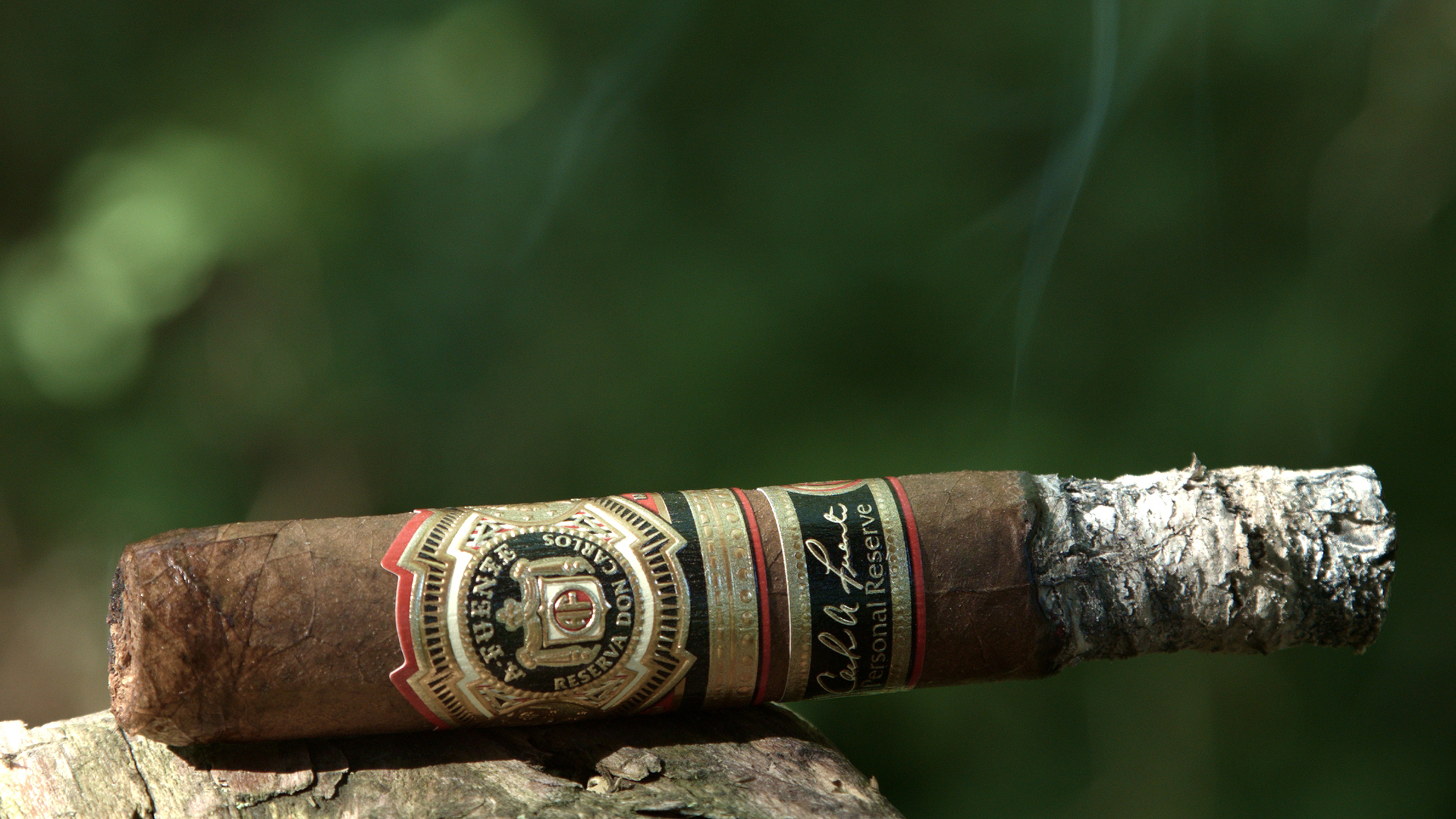 So, here’s the deal. Yes, you should buy this cigar, and the price for the box of 10 is pretty reasonable considering the outstanding quality and flavor the Don Carlos Personal Reserve delivers. Its medium-bodied profile also makes it a superb treat for practically every level of smoker, too. The question is, is it in stock? (At press time, the first run of 80ths is sold out; but Famous is expecting a second, albeit much shorter round of boxes, later in the year.) If so, go for it, and taste how well they improve over time.

Read More
Cigar Ratings & Reviews
My Weekend Cigar was the San Cristobal Clasico - made for Ashton by My Father, this Robusto smokes GREAT with a single malt - see what I paired it with, as well as my review and tasting notes to find out more about this cigar!
Read More