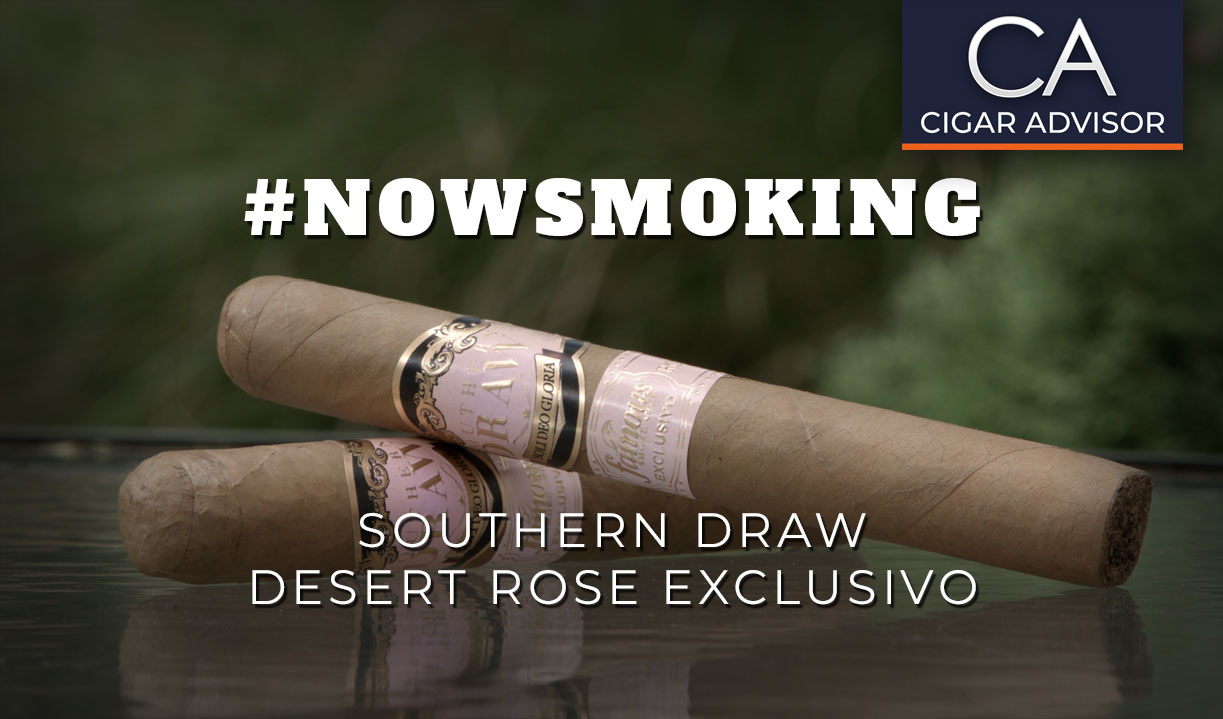 Southern Draw Cigars recently introduced two new sizes to their “Desert Rose” blend, a more full-flavored blend that followed their original Rose of Sharon selection. The Southern Draw Desert Rose Exclusivo, officially released on September 30 and reviewed here, is a 6”x52 Toro made expressly for Famous Smoke Shop. What also distinguishes the Desert Rose Exclusivo is, unlike its predecessors, the cigar is not box-pressed. According to Southern Draw Cigars co-founder, Robert Holt, the parejo-shaped Toro was the vitola he originally made for this particular blend which adds Honduran Corojo 99 filler to the recipe. 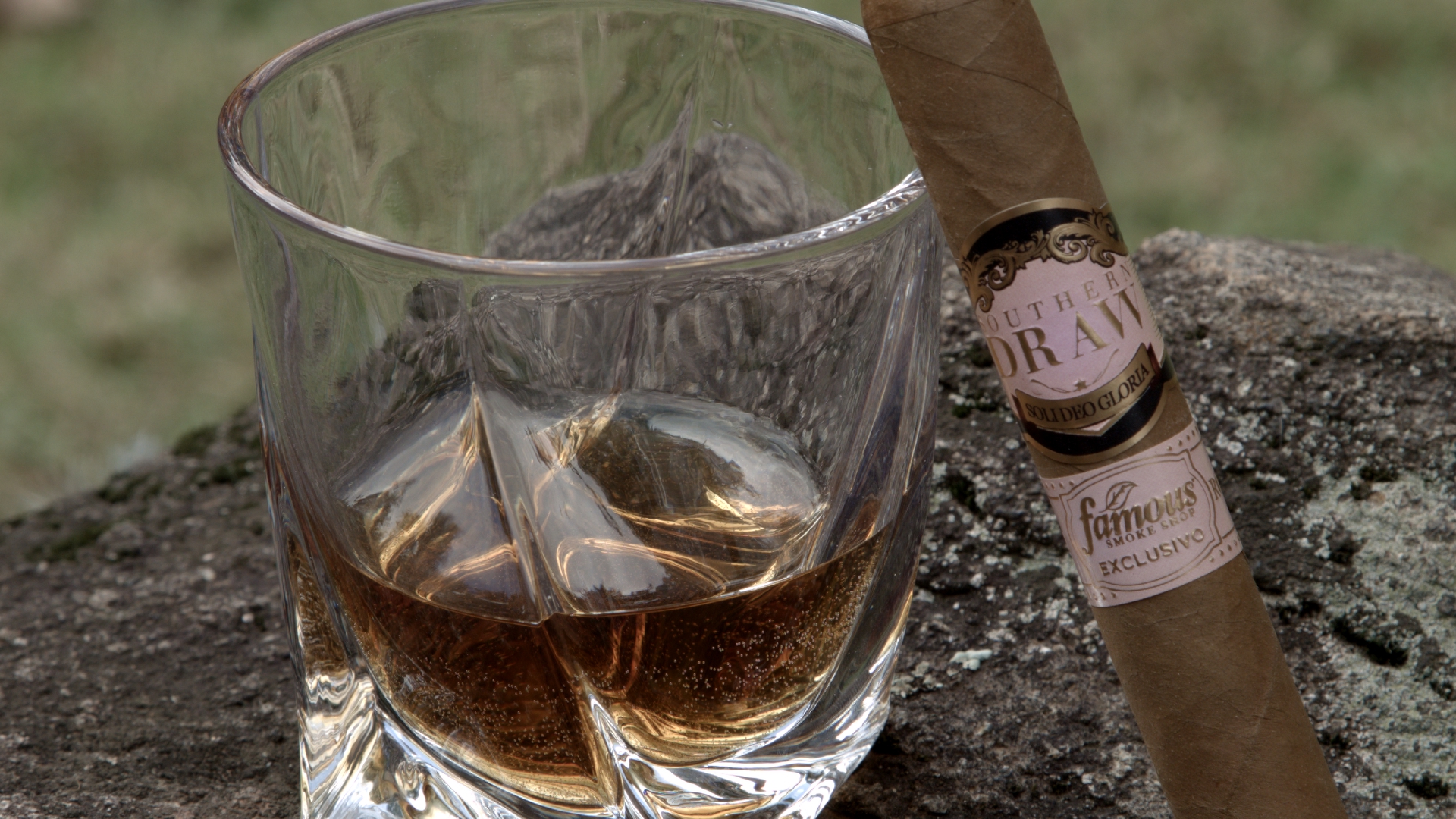 With production limited to 250 boxes of 10, the Desert Rose Exclusivo sports the familiar pink neck band with a secondary band that reads “Famous Exclusivo.” (The other Desert Rose release will be a 6”x44 Lonsdale available to all Southern Draw resellers.)

“The Desert Rose is now being presented in new sizes that I find most enjoyable, offering a wider variety of smoking experiences of the blend,” said Sharon Holt, Southern Draw Cigars’ Boss Lady and namesake of the Rose of Sharon blend. “The Desert Rose Exclusivo honors the character of the original blend, and working closely with Famous Smoke Shop over the last 18 months, we were able to bring yet another exciting exclusive cigar offering to their loyal consumers. We understand that our customers are sometimes very focused on new releases, wanting products that are specifically tailored to uniquely highlight the blend, so these are my gifts to them.”

Really well. That’s been pretty much par for the course since the Rose of Sharon cigars hit the shelves. The Habano wrapper is a bit darkish, but I think the pink band makes it look a little lighter; but it is nice and silky and pretty flawless with a clean triple seam cap. The cigar has a good firmness to it and balances well in the hand. A quick sniff offered a ripe barnyard note. Clipping cleanly, the cold draw revealed a toasty, mellow tone with an herbal aspect to it; mostly a sweet and salty mixture.

The Desert Rose Exclusivo Toro begins in a homogenized sort of way, in that the flavors seem to fold into each other quickly, giving it a very well-rounded mouthfeel on the palate. The smoke is very smooth and oaky, with a well-balanced mix of sweet tobacco and some light peppery spice on the finish. The flavors quickly settle-in and serve-up the comfort. 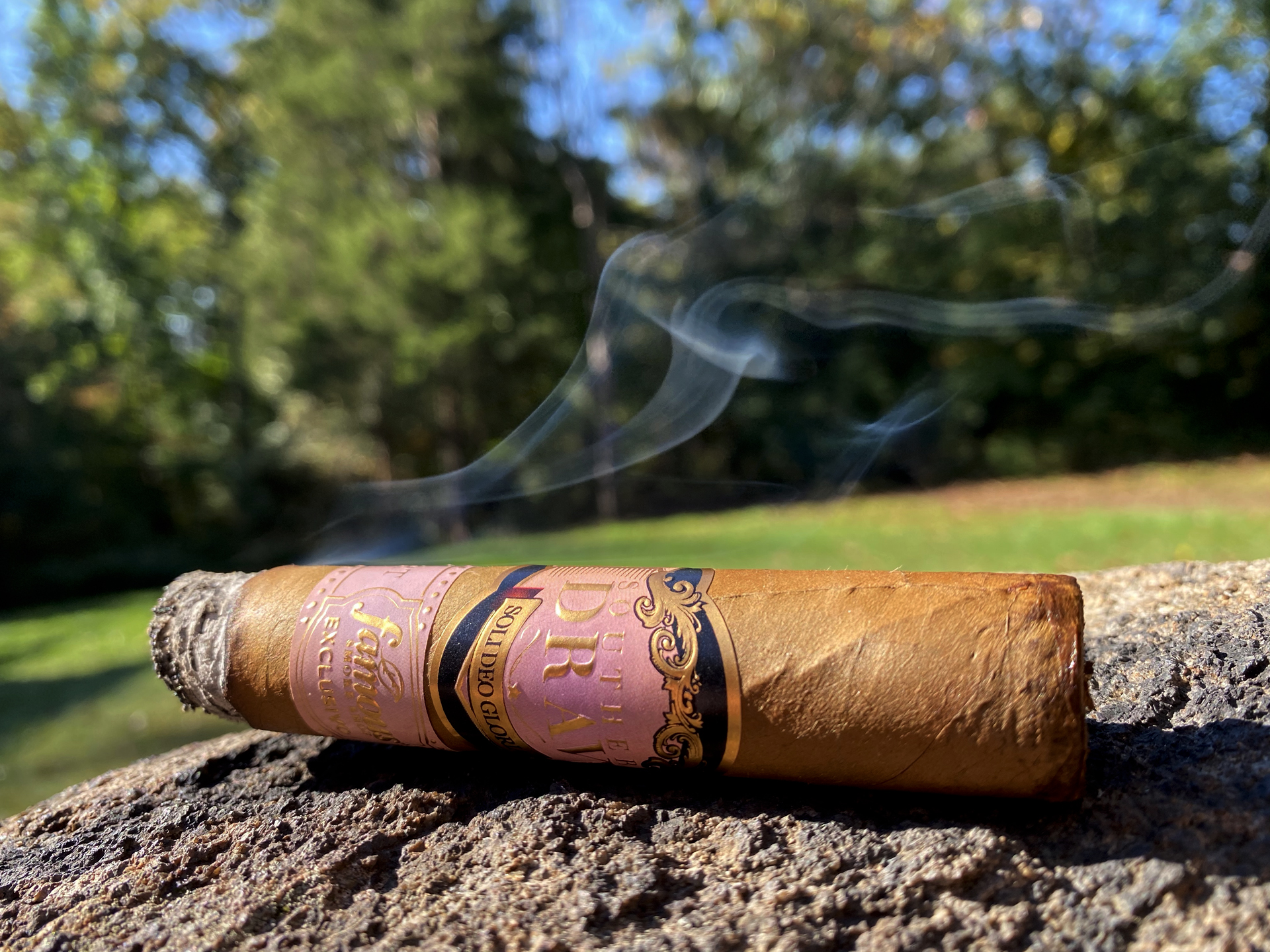 The burn was extraordinary, and was also razor sharp on previous samples. The ash was grey and firm, lopping-off at about an inch on average.

Retrohales were fairly mild – for me. There was some light pepper, but more woody and smooth. The Toro also offers a barely perceptible floral aspect, and even reveals a pleasant aroma. It is a rose, after all. 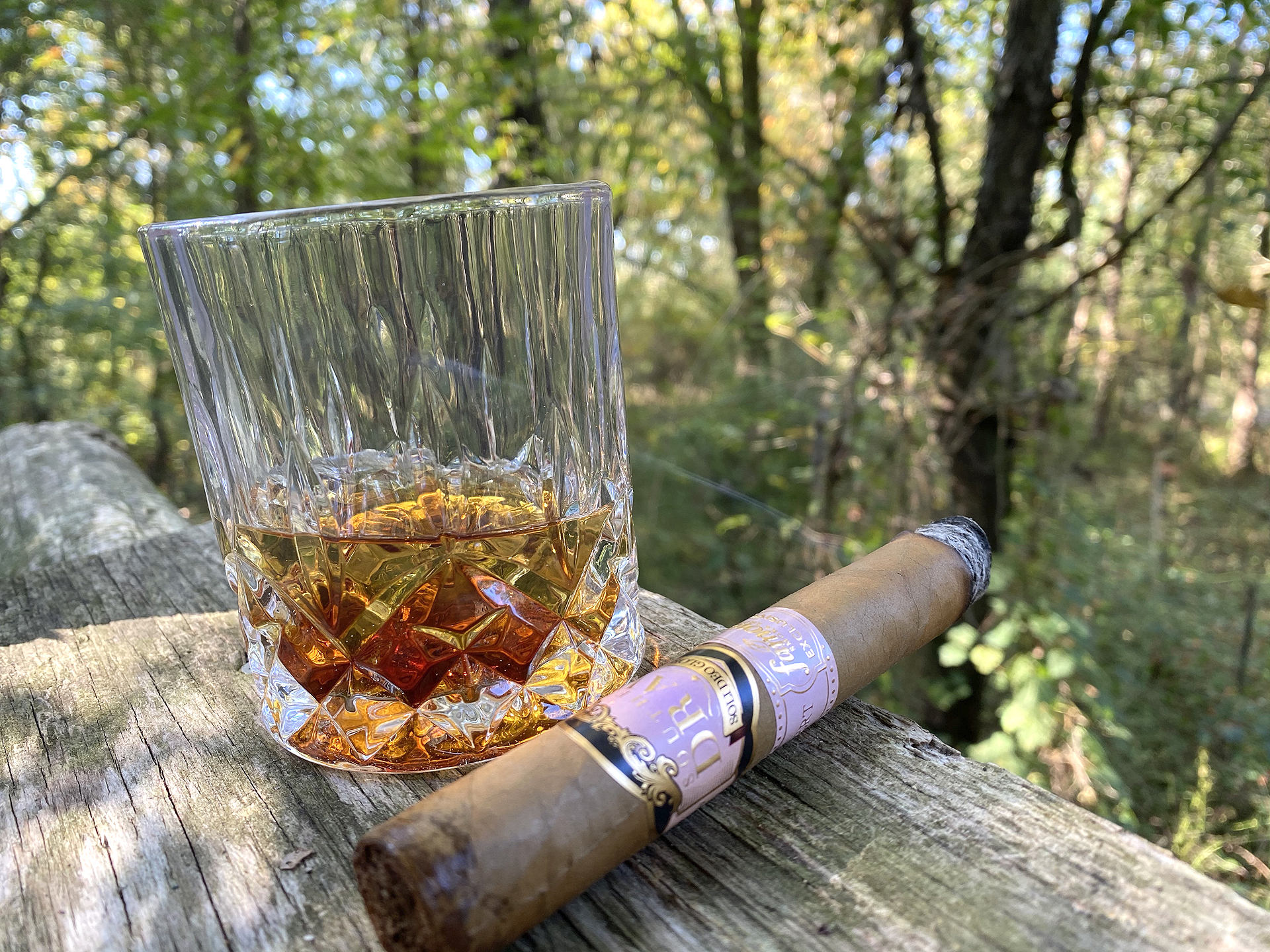 Medium-bodied, and mellow in tone led by toasty flavors of oak, some saltiness, sweet tobacco, and light pepper. Occasionally, herbal and floral elements surface for a pleasant exchange. Well-balanced.

It’s a natural for coffee, and fewer cigars would do right by you as a great first cigar of the day. But I wouldn’t limit it to that. As I did in the video, I’m going straight to the wine with this Toro. In this case a Marqués de Riscal Spanish Rioja Reserva. I’ve loved this wine for years, and it went beautifully with the Desert Rose Exclusivo. Smooth, somewhat fruity and lightly spicy. A good bourbon or whiskey will probably suffice, but save ‘em. This cigar is actually improved by a fruity, but not too sweet red. 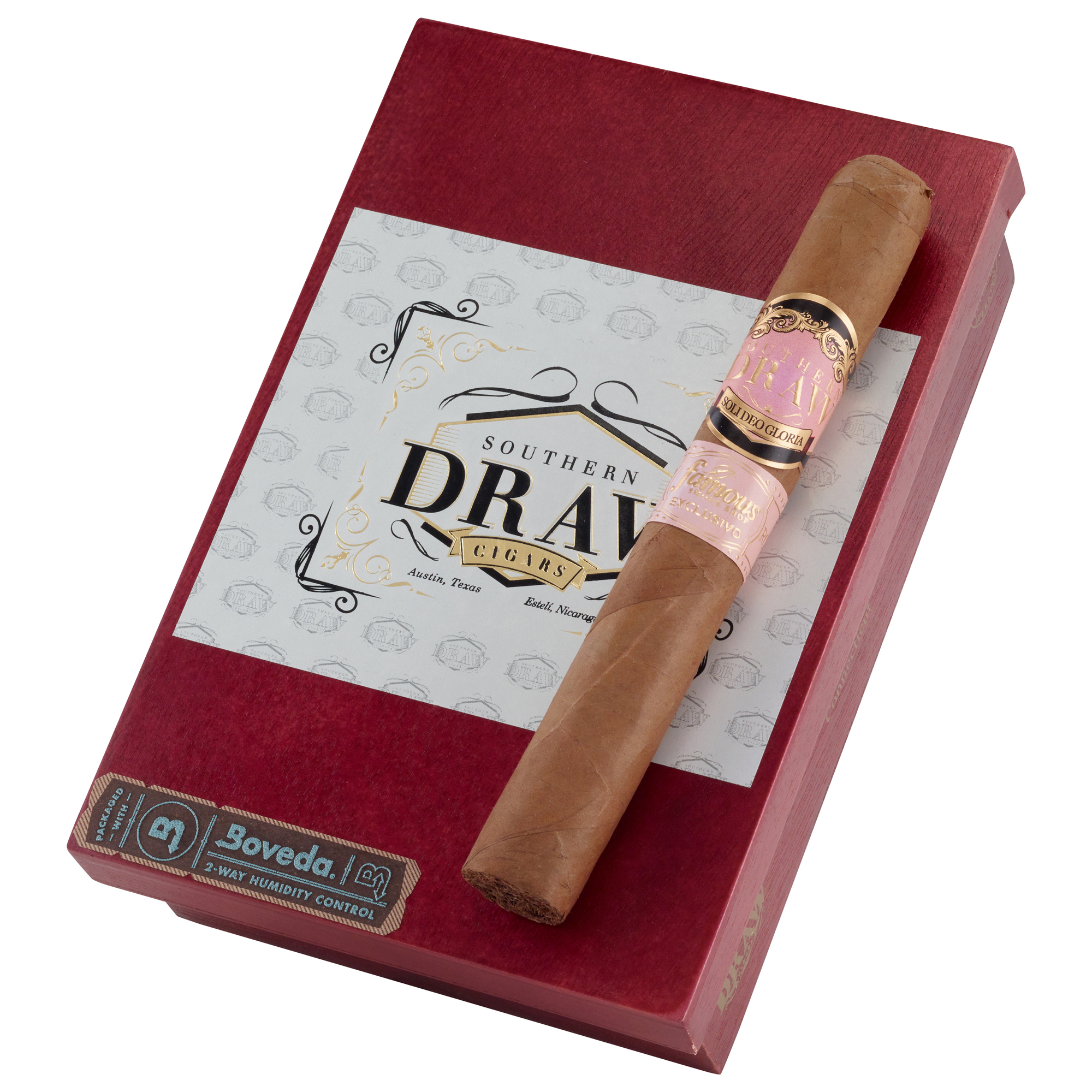 For the amount of flavor and smoking time the Desert Rose Exclusivo offers, it’s very much worth the price. You can also smoke it any time of day. And, if you already like the original Southern Draw Rose of Sharon blend, this Toro really isn’t all that far off, and still has that little extra going for it. I also think the cigar’s dimensions are perfect for getting the most out of this particular blend. Additionally, it completes the Southern Draw stable by offering a more laid-back session while maintaining its Southern Draw edge.