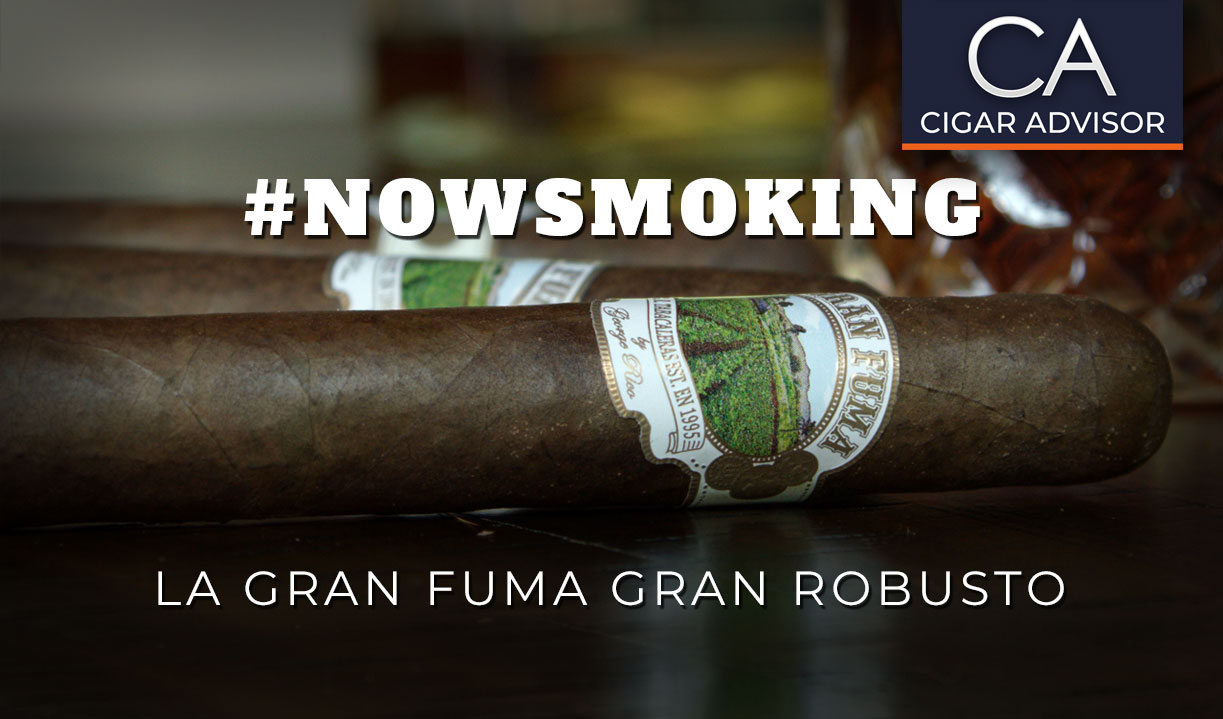 Presented in Bundles of 20 cigars and singles.

The Gran Habano Back Story

Gran Habano Cigars are owned and manufactured by the Rico family, whose history in tobacco stretches back to 1920, when Guillermo Rico’s grandfather was growing and selling black tobacco. Guillermo’s father succeeded him in 1946, and the legacy continues today with Guillermo, and his son, fourth generation cigar maker, George Rico and his wife, Natasha. 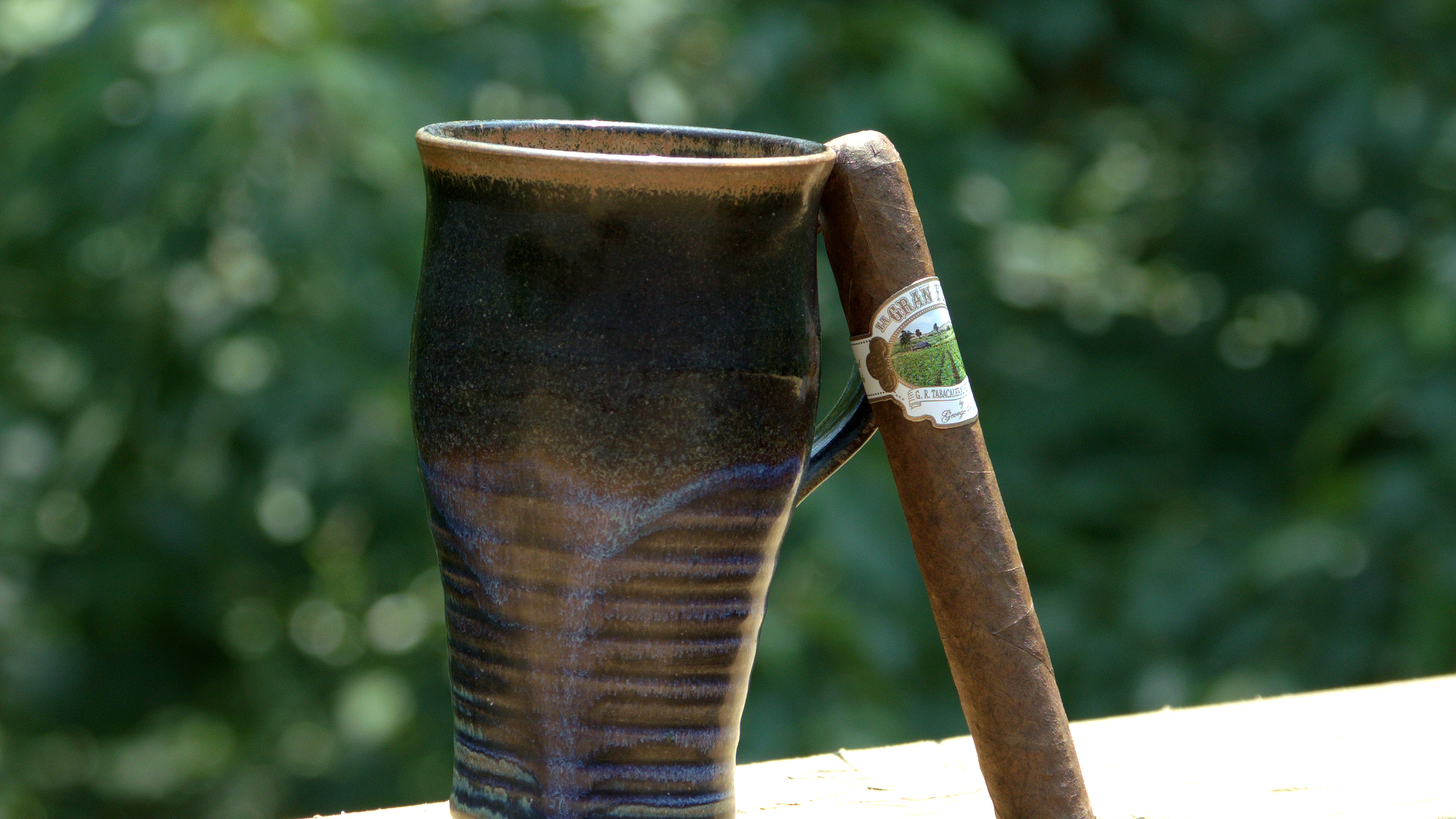 In 1998 the family built their cigar factory in Danlí, Honduras, but it wasn’t until 2003 that Guillermo and George would introduce their core line of handcrafted cigars: the #1 Connecticut, a mild, yet rich-tasting cigar; #3 Habano, a medium-bodied selection; and the spicy, full-bodied, and now classic, #5 Corojo blend. 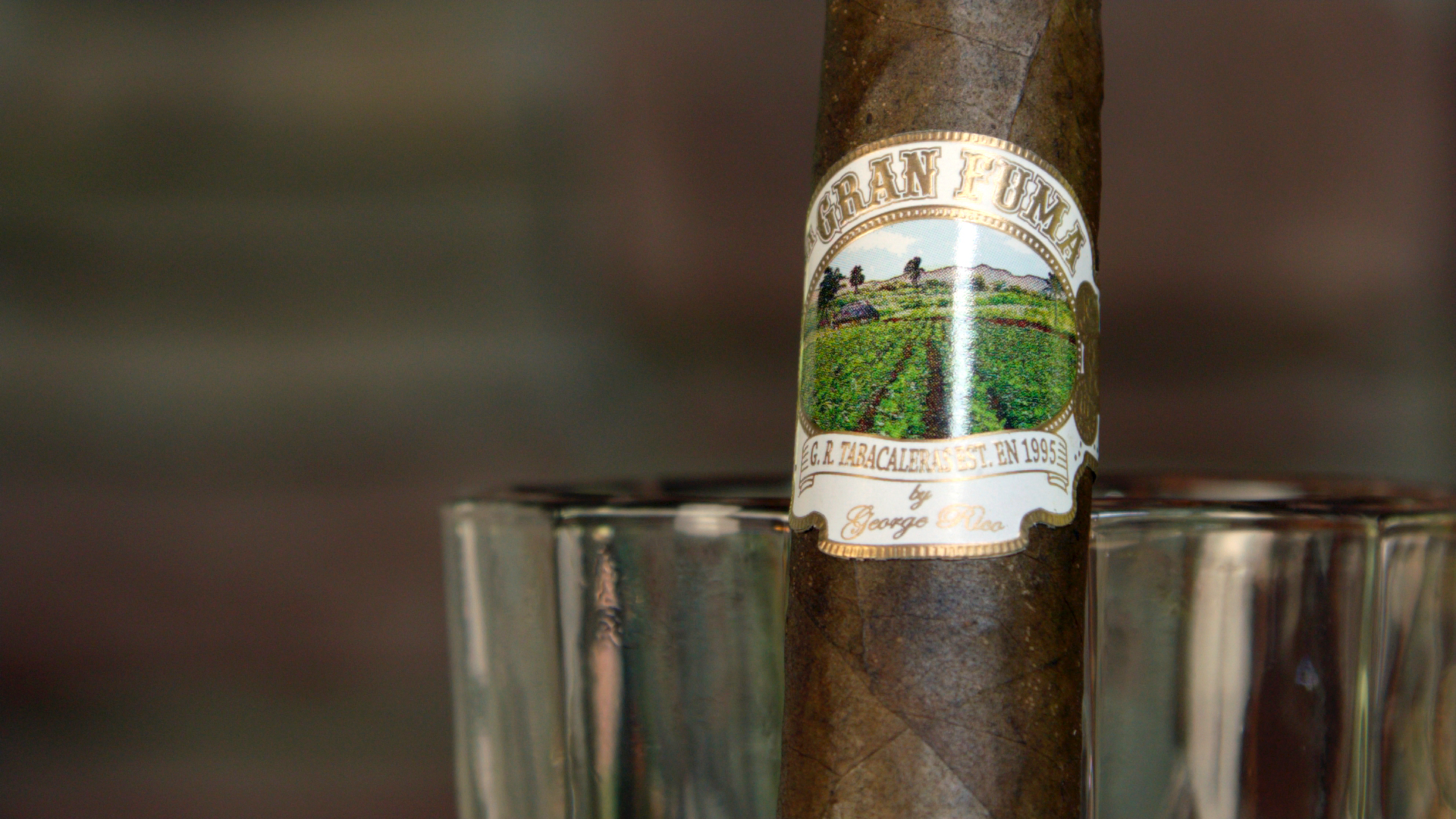 Since then George Rico has introduced several more intriguing selections including the Blue in Green, Black Dahlia, and La Conquista, among many others.

Construction: The cigar feels well-packed (I found no soft spots). The corojo wrapper is dark brown with an oily sheen and thin black lines running in all directions. The cap is a little lopsided and noticeably darker in color, but clips well. (See why I used a V-cut in the video.)
Cold Draw: Excellent draw, with notes of coffee and cocoa.
Toasting and light: The cigar lights easily and evenly offering well-balanced notes of earth and spice up-front.
Base flavors: Light earth, cedar, sweet spice (nutmeg), and an occasional nuance of pepper.
Aroma: Wrapper is earthy and a bit sour; the foot is sweet with a little mustiness; and the smoke is sweet and spicy.
Retrohale: Peppery but far from hot.
Burn & Ash: Very good. Mostly even, revealing a good, firm, and mostly grey ash. 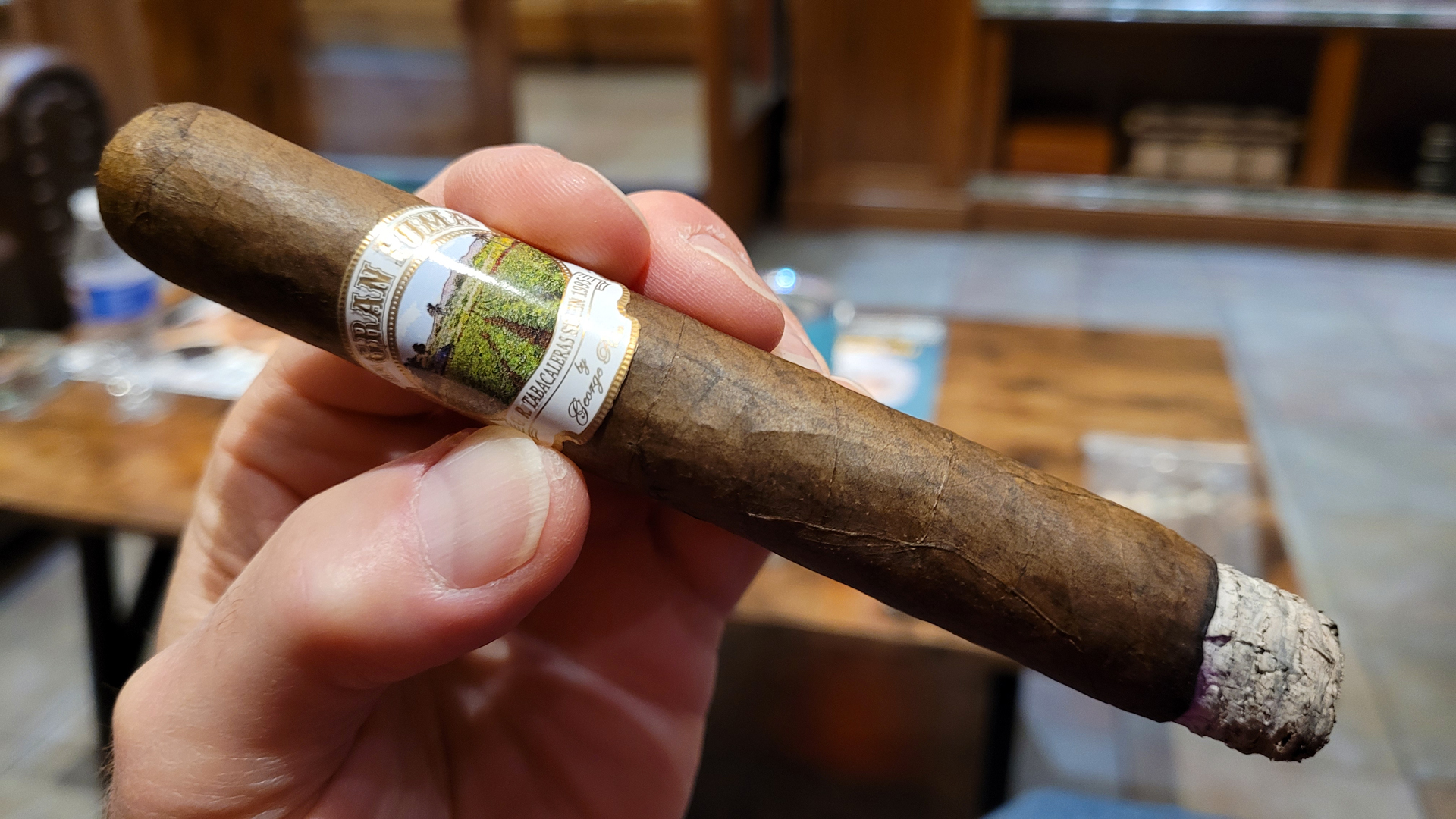 The cigar lit perfectly emitting a sweet aroma and early notes of earth and spice. Body and strength were very much on the light side. By the first inch the smoke continues to be earthy with some added pepper and sweetness. I also picked up some notes of toasted wood. The ash was quite firm right up until almost the two-inch mark on my pre-video sample, while my on-camera Gran Toro had to withstand a pretty fair wind. 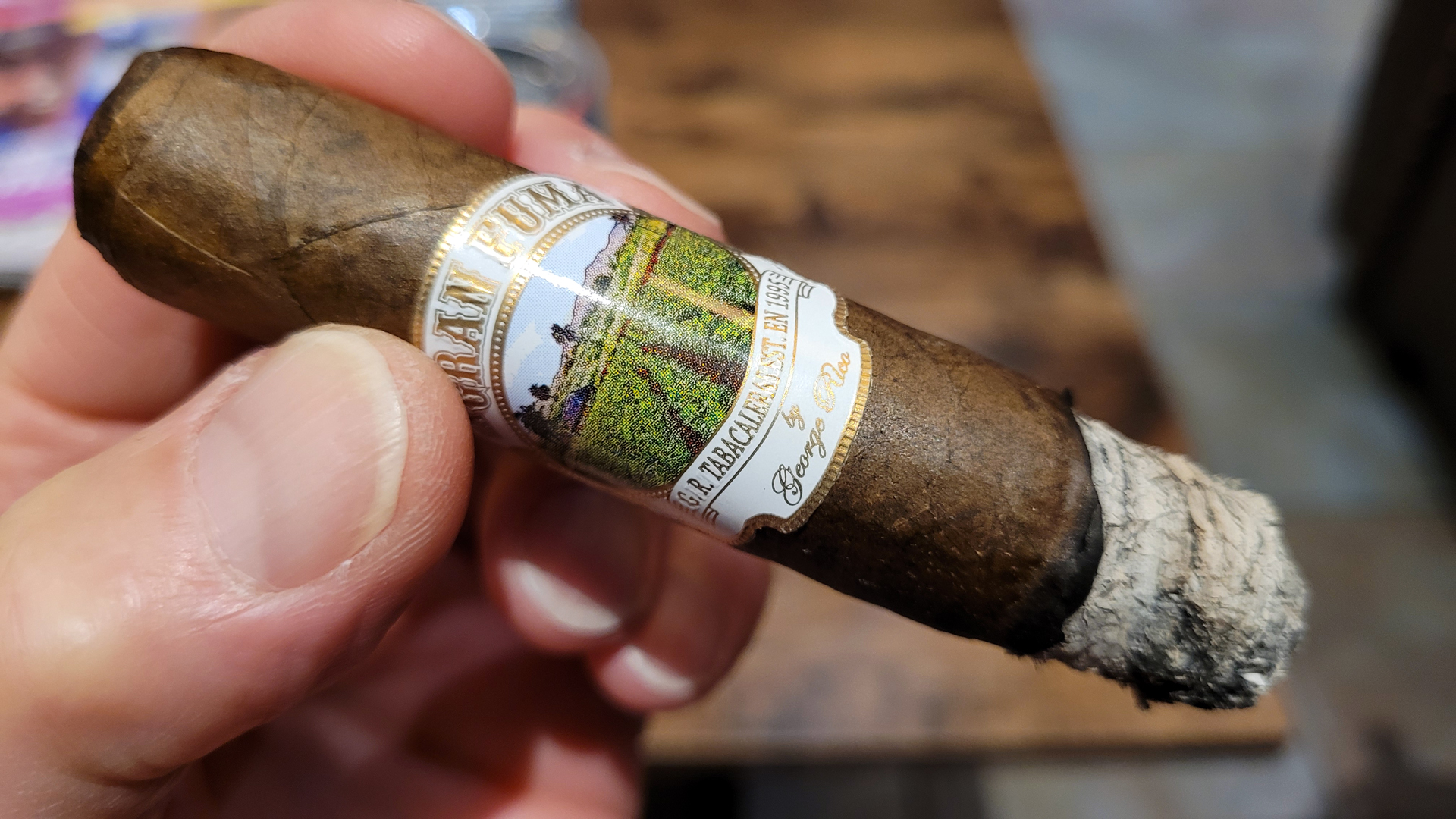 Woody with some light sweetness and a little spice mixed in there, tiny little hint the pepper on the finish, very enjoyable. The smoke hovered nicely between mellow and medium in body. At this point I got a mostly woody note with a subtly spicy finish. The cigar seemed to have settled-in nicely, and I was just letting it do its thing. 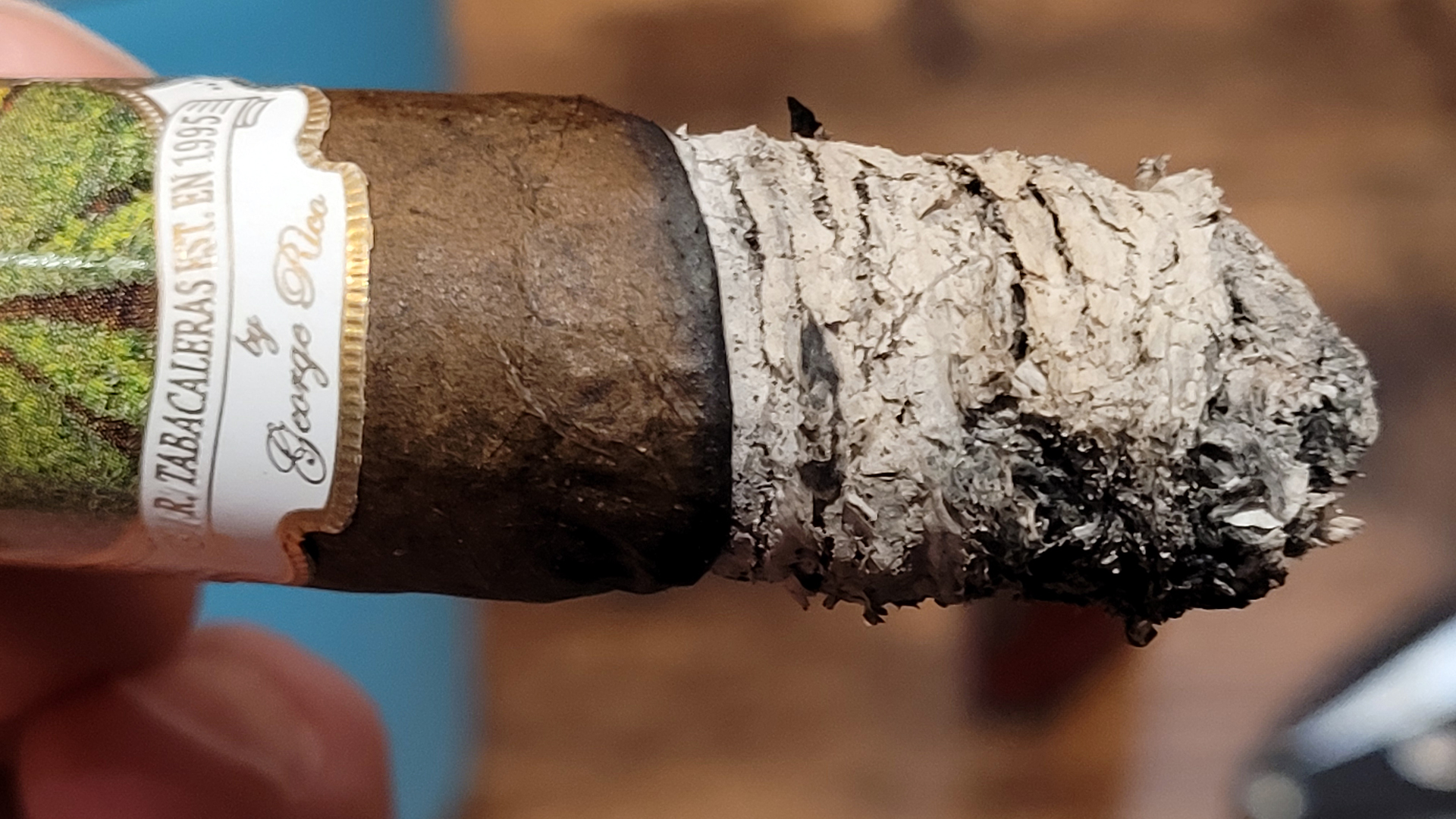 Retrohales proved to be fairly peppery, and even spicier in the latter stages, but it was more of an addition to the flavor pool, which made it worthwhile. 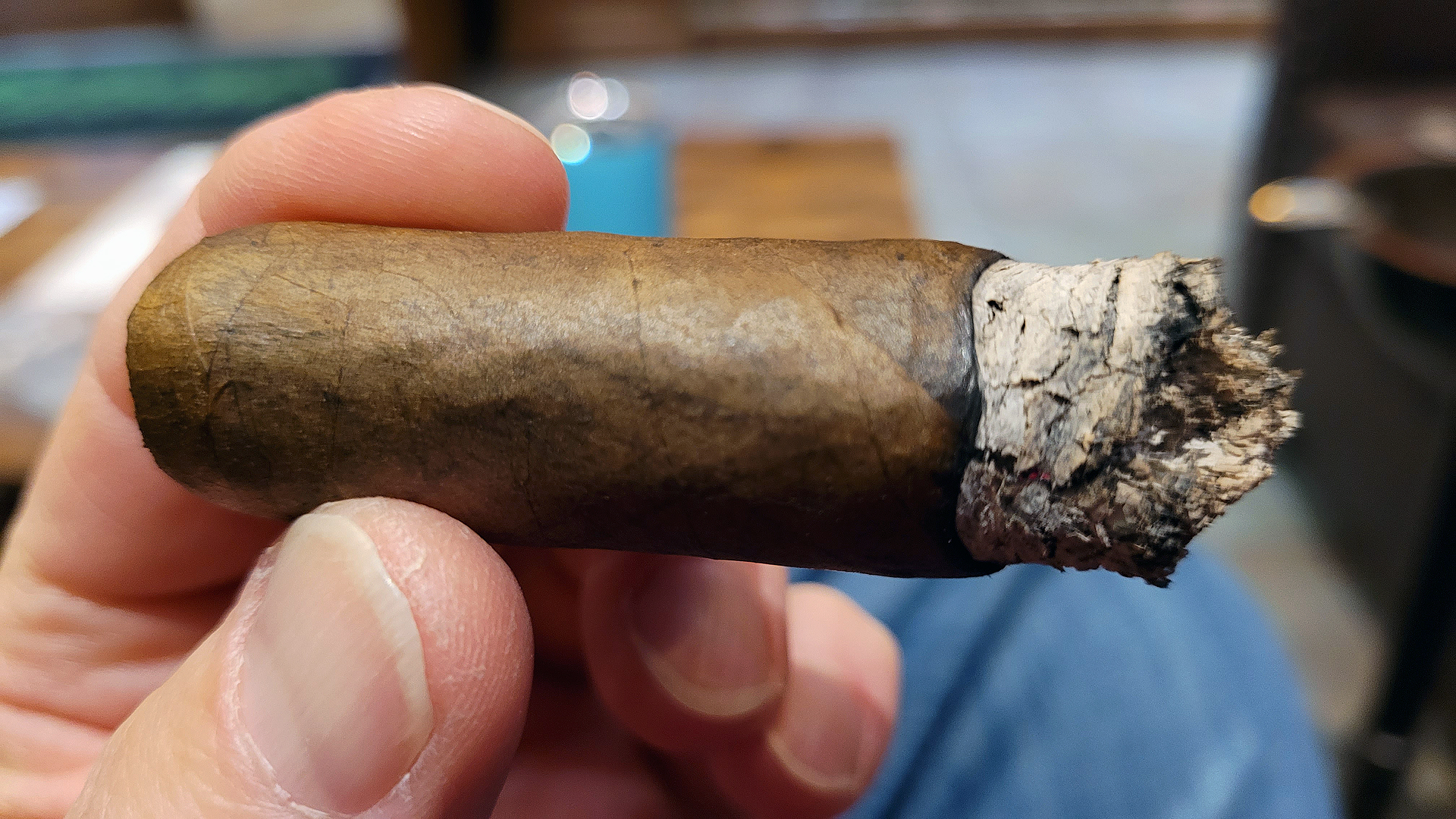 Smoking it in a breezy situation, the burn was a little off until this section. From then on it was excellent. The body was more medium while the strength wasn’t far behind, but this was in no way a strong or bold cigar. At this point I just kept smoking it, not concerned with anything other than the fact that is tasted good. Before I knew it, I was down to almost the last inch. Even then the smoke was still quite smooth with a slightly spicy finish. 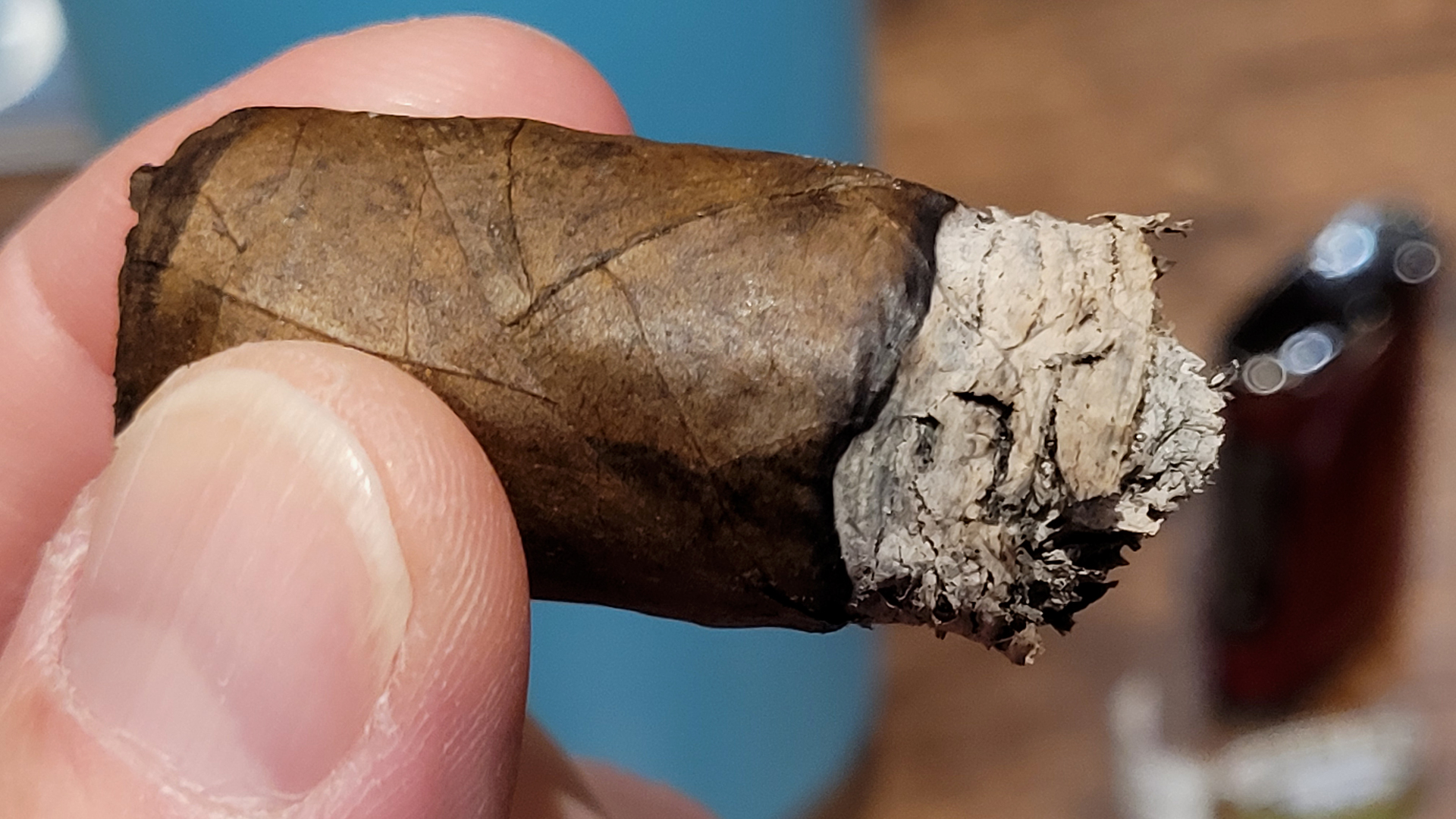 After getting an up close and personal look at this La Gran Fuma Gran Robusto, it’s a no-brainer as a solid yard gar, not to mention a good golf cigar. It stands up to the elements well and offers a very pleasant mix of flavor and aroma. Mostly medium in body and far from strong, it pairs-up perfectly with coffee or the suggested whiskey above, depending on your mood. Just about anyone, regardless of experience, can smoke it, too. Thing is, if you’re looking for a good value that performs well and puts out in flavor, you can’t miss with this Gran Habano selection.

Reading Time: 2 minutes #nowsmoking Camacho Scorpion Sun Grown Robusto: rich, creamy, complex – and exceedingly affordable, even with the Camacho name tag. Click now for our review, and what else you should know about this cigar, delivered in under 60 seconds…