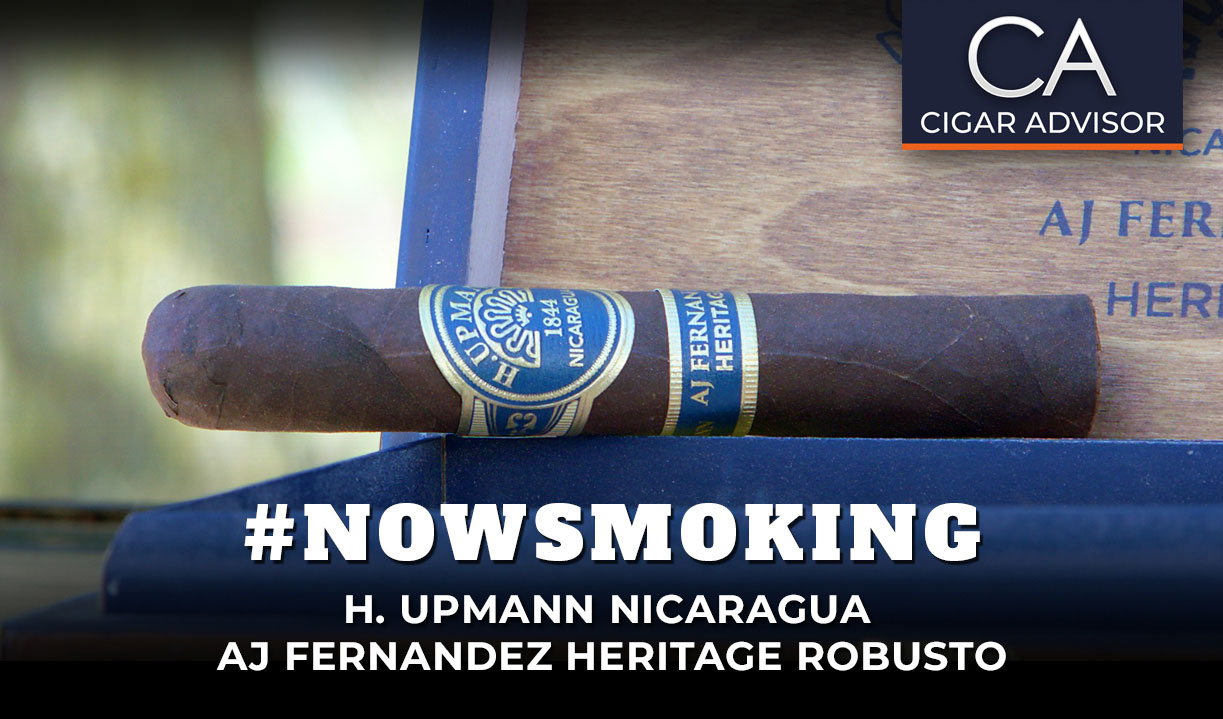 Once again, AJ Fernandez and Altadis U.S.A. product capability head, Rafael Nodal, team up – this time for their third H. Upmann collaboration. Their first was the H. Upmann by AJ Fernandez in 2017 with an Ecuadoran Sumatra-seed wrapper. In 2019 they did the 93-rated, #10 Cigar of the Year H. Upmann 175th Anniversary. That blend was rolled in a Nicaraguan Medio Tiempo wrapper. 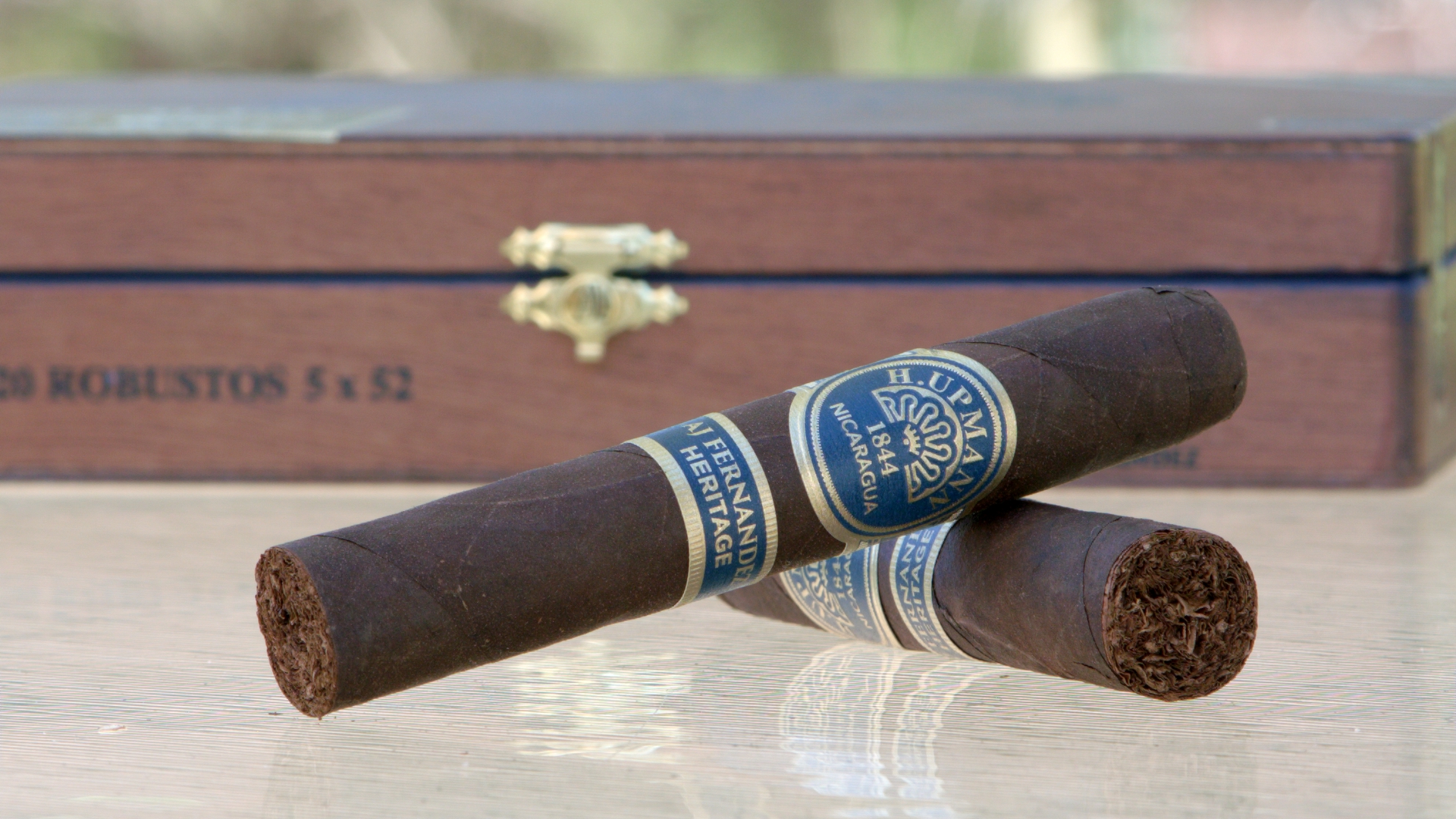 Now comes the H. Upmann Nicaragua AJ Fernandez Heritage with its triple-fermented Brazilian Mata Fina leaf. The core tobaccos, all of which have been extra aged, were grown on AJ’s La Lilia estate farm. The Heritage line debuted at the Tobacco Plus Expo in Las Vegas this past January 2022 and is now available nationwide in five popular shapes.

Construction: This cigar is really well made. Seamlessly rolled, the wrapper has an even milk chocolate candy bar color including a very toothy appearance and feel. I found no soft spots, protruding veins, or serious defects on either of my two samples. The triple seam cap is well-applied, and I liked the navy blue and gold bands.
Cold Draw: Light raisins
Base flavors: Nougat, cinnamon, leather, hazelnut, mineral notes
Aroma: Barnyard, off the wrapper. Once lit it was borderline sharp/sweet.
Burn & Ash: Burn & ash were textbook. The ash was an almost solid, chalky white color and very firm. 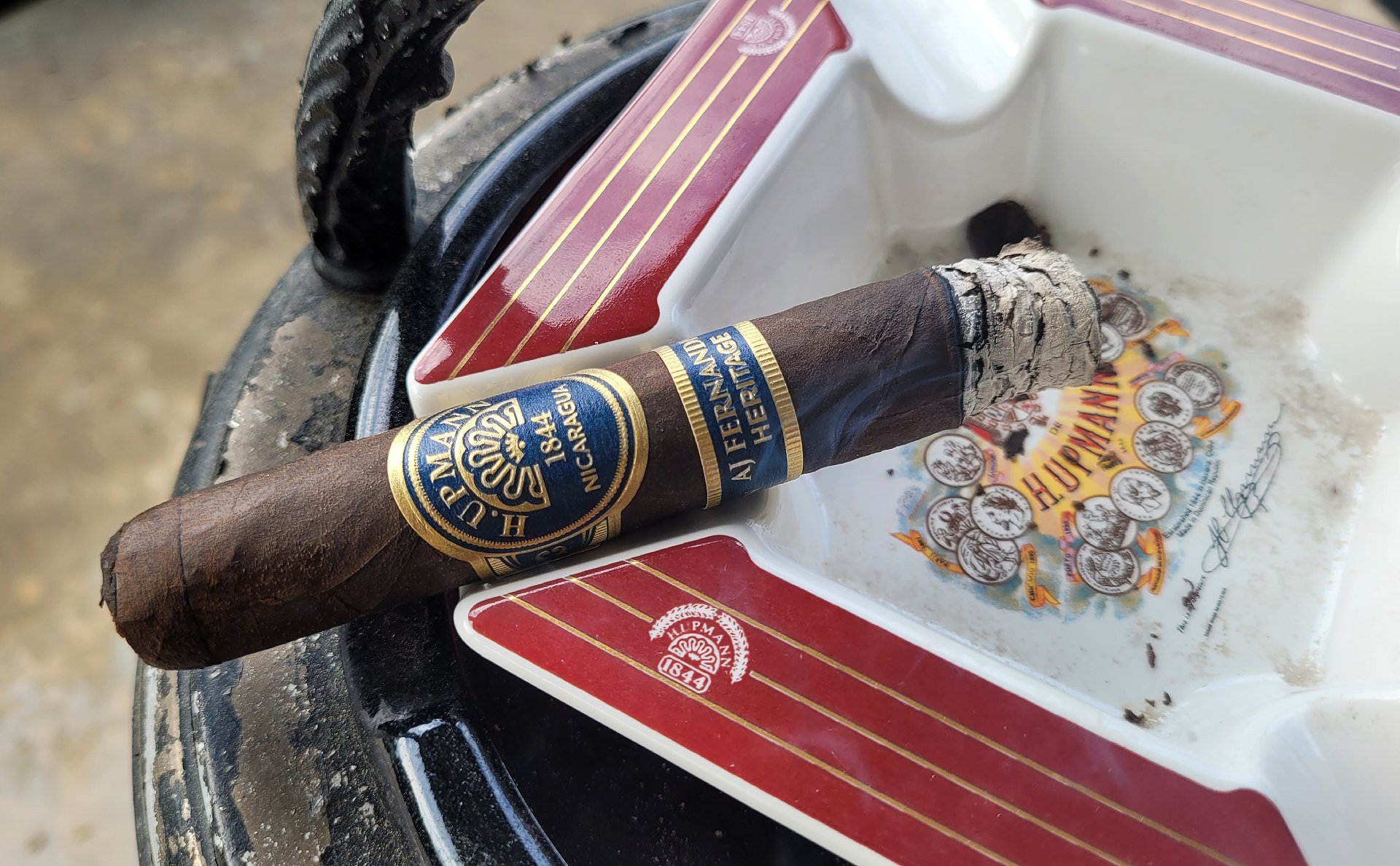 Surprisingly, the cigar didn’t start out with a huge shot of pepper. The opening puffs were a more forgiving mix of mineral and cinnamon. Velvety-smooth, within the first inch some sweet tobacco began to work its way into the mix. Once the first ash dropped, the sweetness had turned to a more nougat-like flavor, while the cinnamon became more clearly defined. The smoke exited the first section well-balanced and mostly medium in body with a lightly spicy finish. 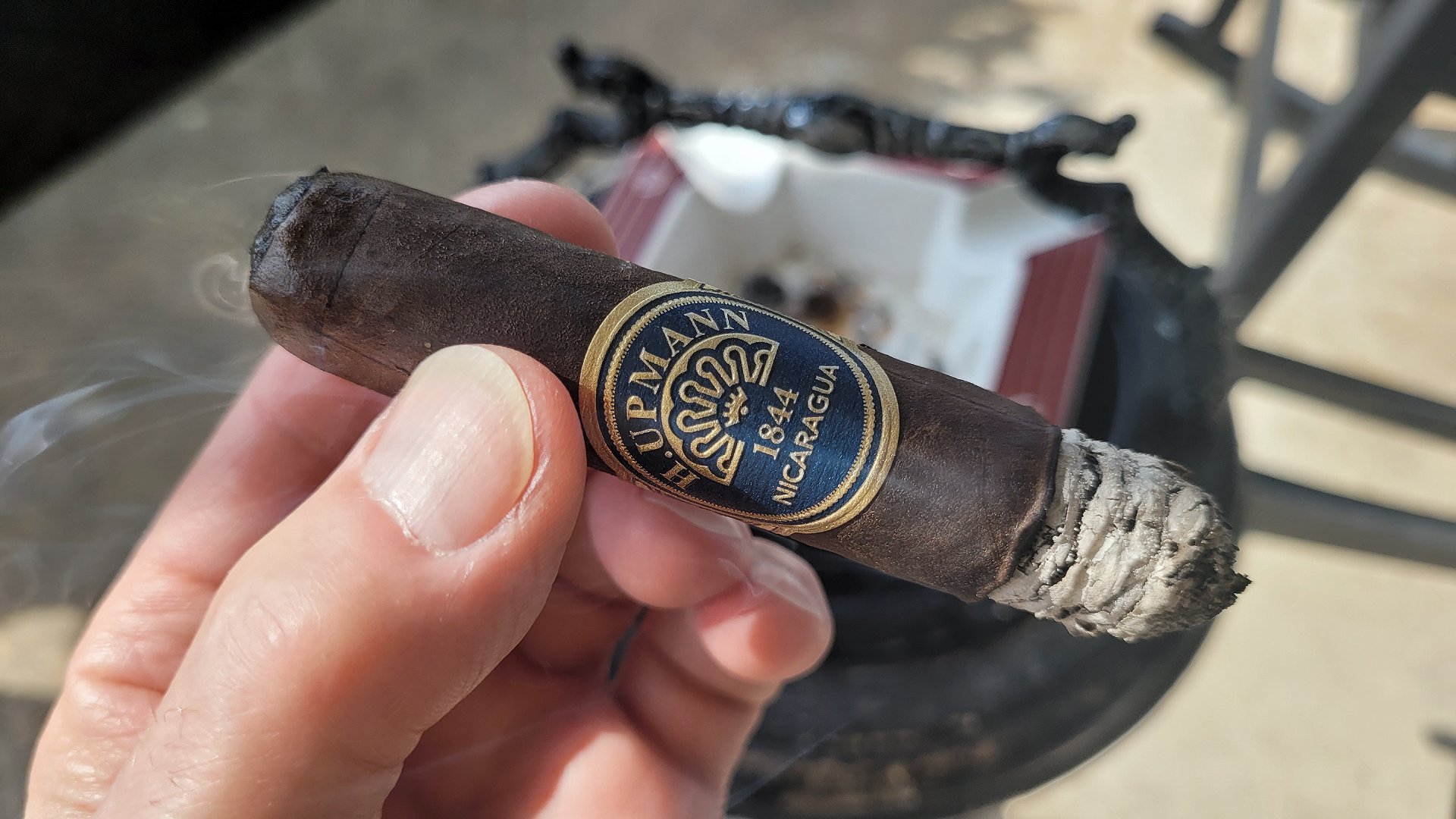 At the mid-stage the finish was spicier and a little more intense but it didn’t linger too long. The smoke remained velvety smooth while the body and strength stayed right-down-the-middle medium. The burn continued to be textbook and at the heart of this section I picked up a drive-by note of leather and some hazelnut. (One piece of advice: If you haven’t done so by this point, start taking your time between puffs, especially for this shorter format. You’ll thank me later.) 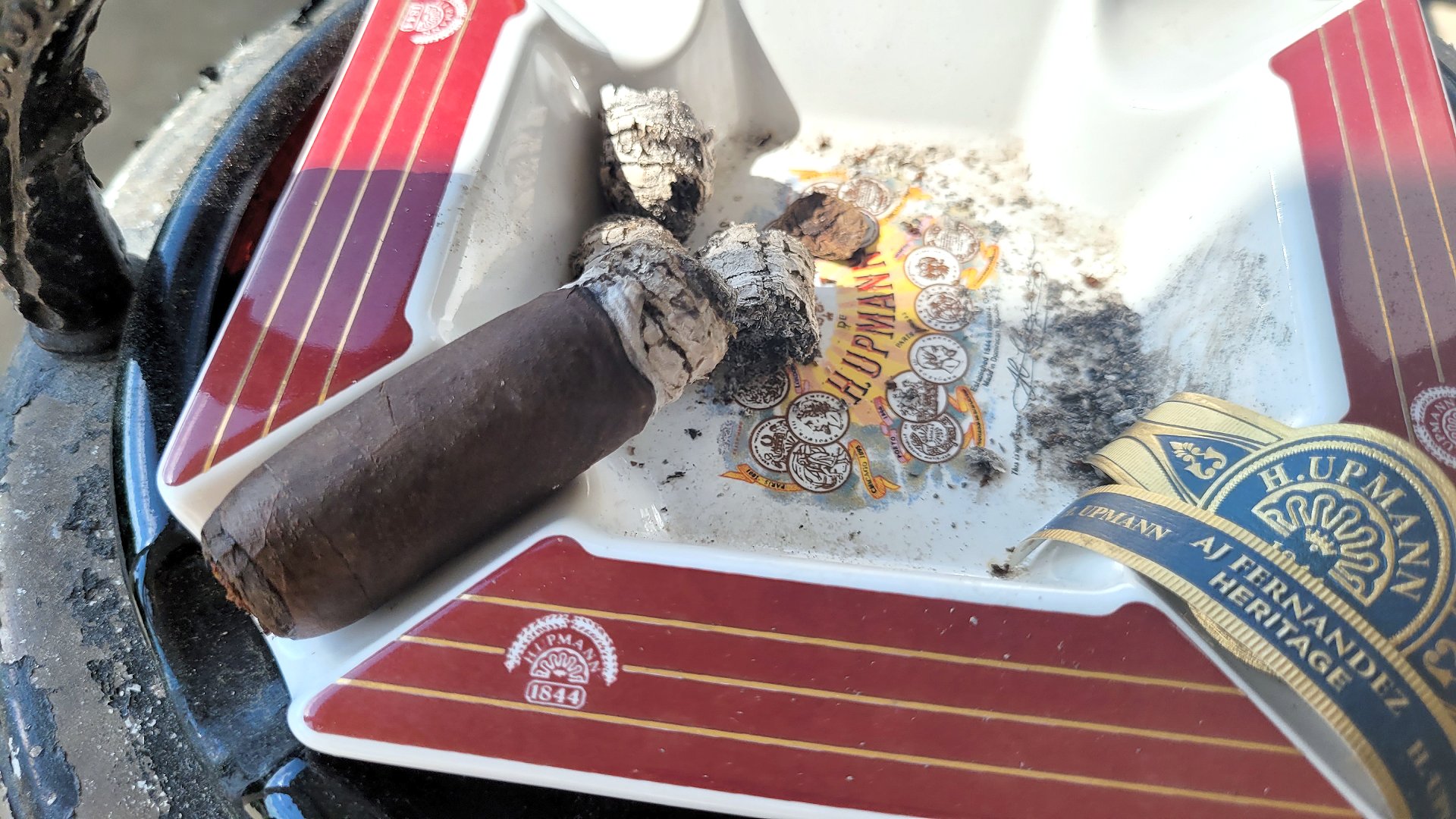 At this stage, the cigar intensified to medium-plus and some mineral flavors returned. Flashes of leather continued while the nougat and cinnamon remained steady. Everything remained well-balanced, and I found that by letting the cigar cool a little longer between puffs in this final stage, the sweet nougat was better defined, as were several other flavors in the mix. 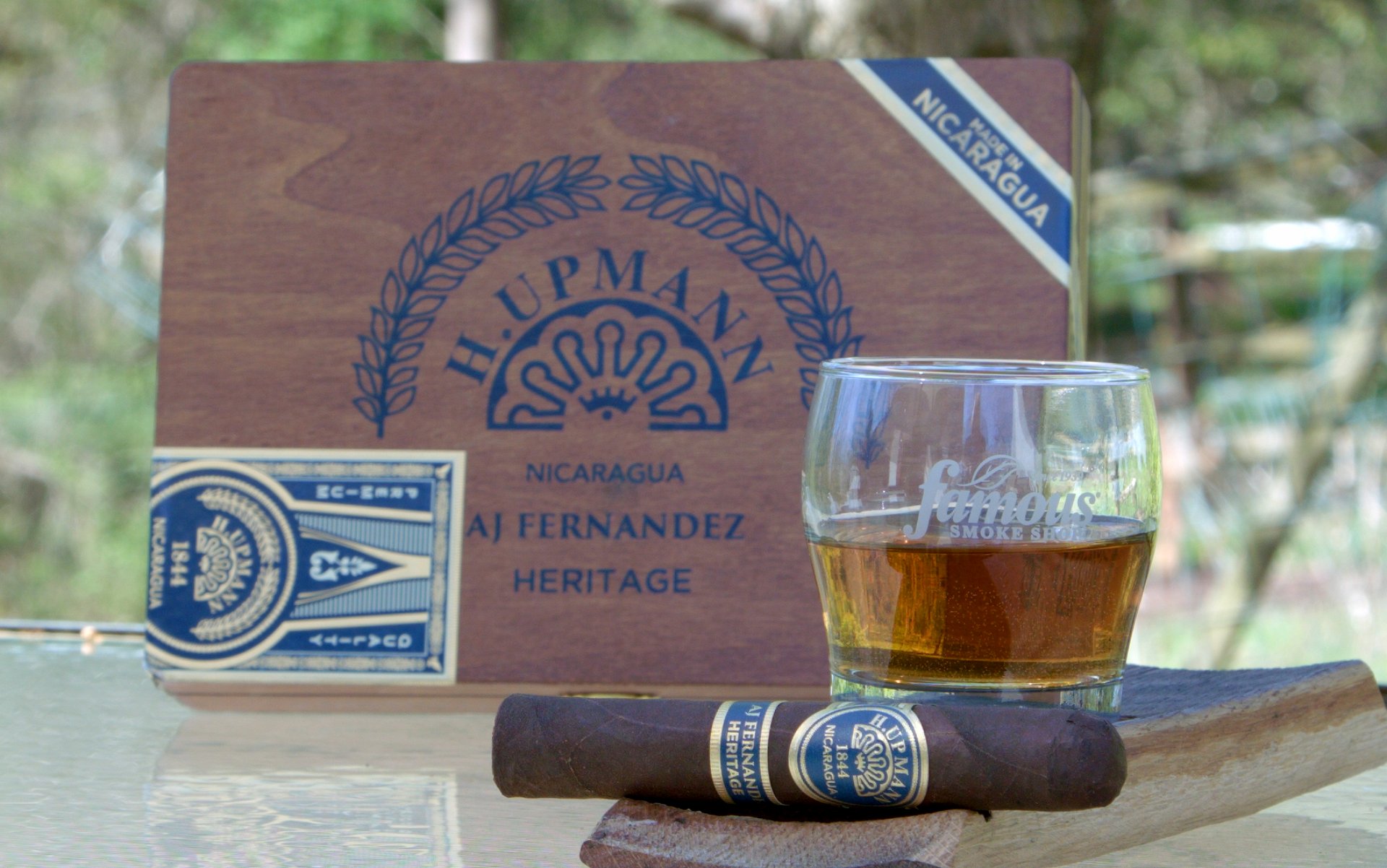 Any good Bourbon or Rye would pair well with this Robusto. And if you can find a bottle of Flor de Caña Rum from Nicaragua, you’ll also be sippin’ pretty. For more combinations, see our Cigar & Spirit pairing guide. 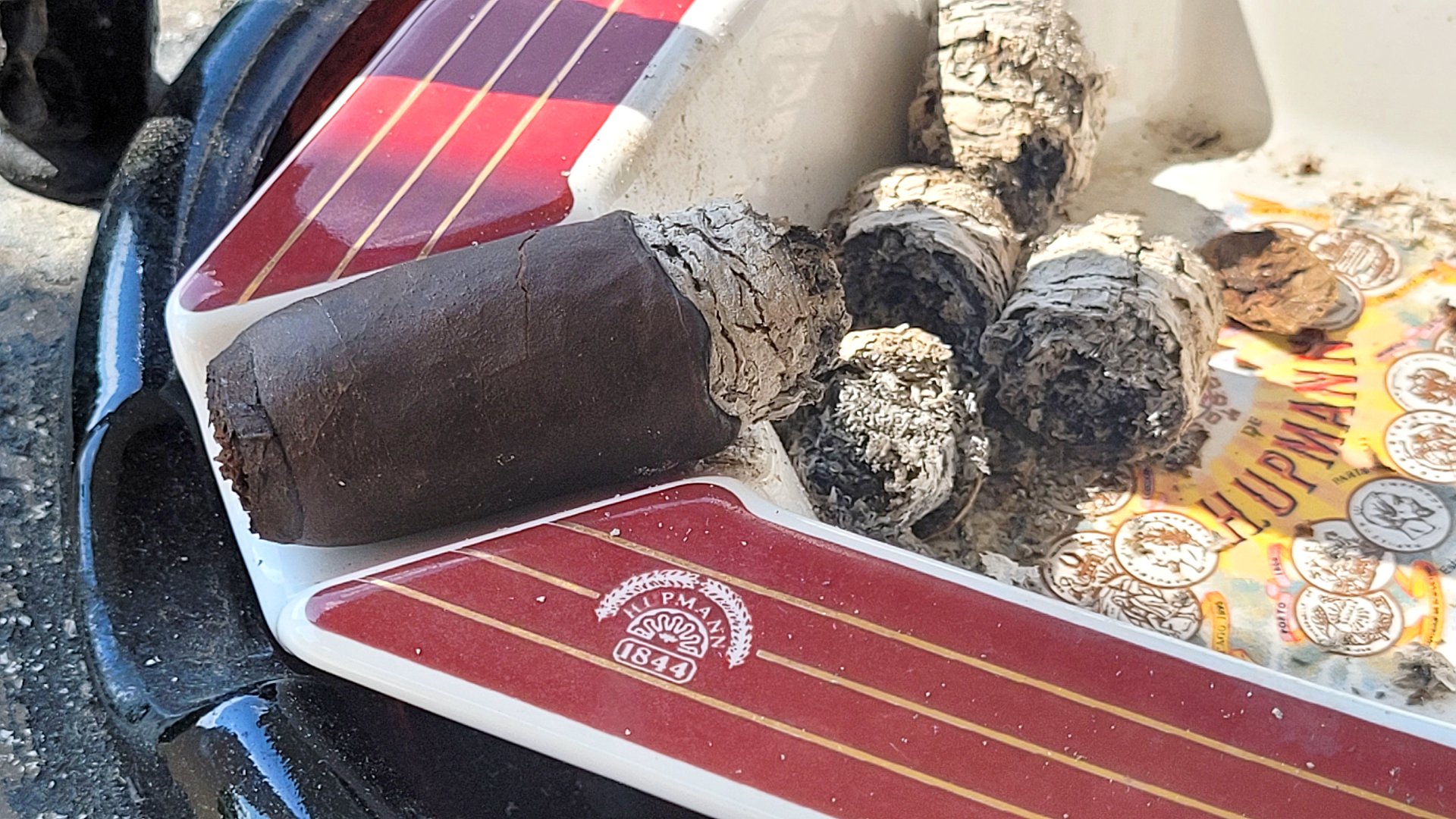 When Rafael & AJ work together they come up with some pretty impressive cigars. I’m also very happy they blended this cigar mostly in the medium body range, which makes it accessible to most cigar smokers. In comparison to the two former H. Upmann collaborations, this Heritage blend has a unique and complex character, clearly distinguishing it from the others. Plus, you can taste the velvety smooth effects of the triple fermentation on the wrapper. The more I smoked it, the more I liked it, too. It had just the right amount of sweetness and spice for me, and both of my samples were nubbers. Plus, when you combine the cigar’s performance, quality of the smoke, and my overall enjoyment factor, it also turns out to be a very reasonable Nicaraguan buy.

Read More
Cigar Buying Guides
Sure, we all have our standby and go-to smokes – but with grill & beach season here, a couple of fresh additions to the travel humidor are in order. Meet the 2018 cigars of Summer: not only do we recommend adding them to your lineup, you just might end up smoking them on repeat all season…see our list!
Read More