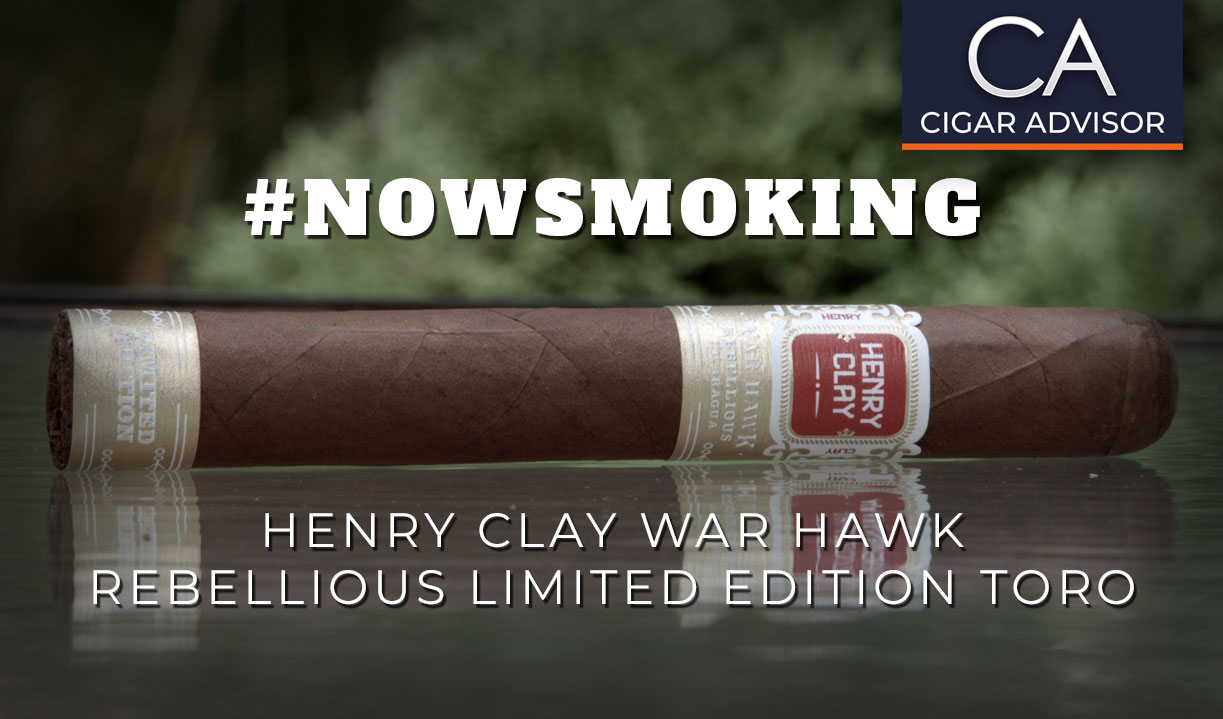 Unlike the 2019 War Hawk release, which I reviewed last June, the War Hawk Rebellious LE is a collaboration between Altadis Head of Product Capability, Rafael Nodal, and blending phenom, AJ Fernandez. (The two have been making beautiful music together for several years now.) 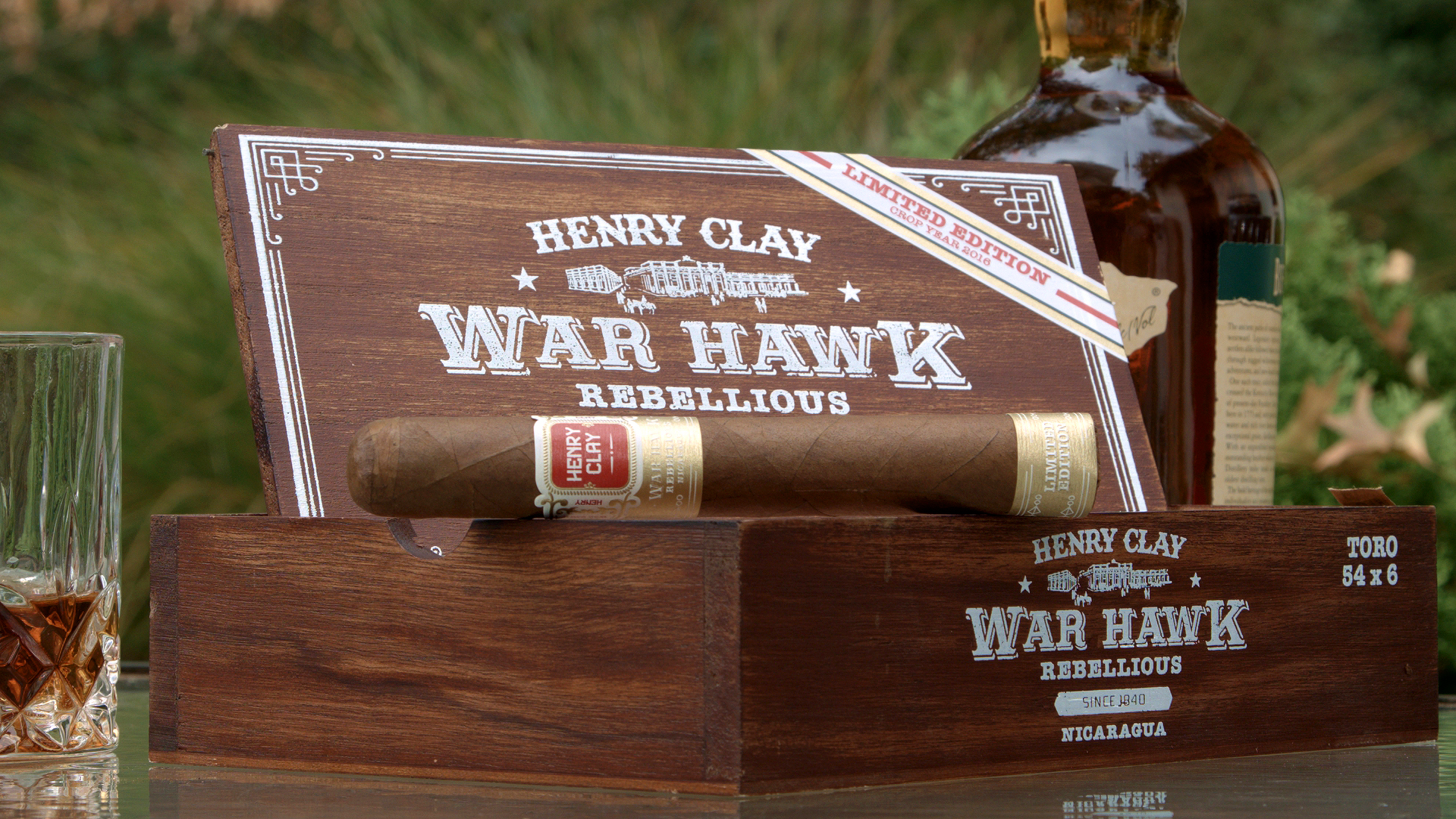 The Henry Clay War Hawk Rebellious is handcrafted in just the one size, a 6” x 54 Toro, and only 1,200 boxes of 20 cigars were produced. They shipped in July and flew out the door, but as of this posting, I’ve been told that more are on the way.

Another key difference in the two cigars is that the 2019 War Hawk is a Honduran–forward blend with an Ecuador Connecticut wrapper, U.S. Connecticut Broadleaf binder (the wrapper used on the Henry Clay mainline selection,) and a Honduran binder & filler core. The Rebellious LE is a Nicaraguan puro with a “very rare vintage” Habano wrapper.

“We are extremely proud of what we accomplished with our 2019 War Hawk, which was made at La Flor de Copan in Honduras,” said Rafael. “With the War Hawk Rebellious Limited Edition, we are offering adult consumers a complex, medium-bodied, Nicaraguan blend that complements the original War Hawk and provides smokers with a unique Nicaraguan experience.” 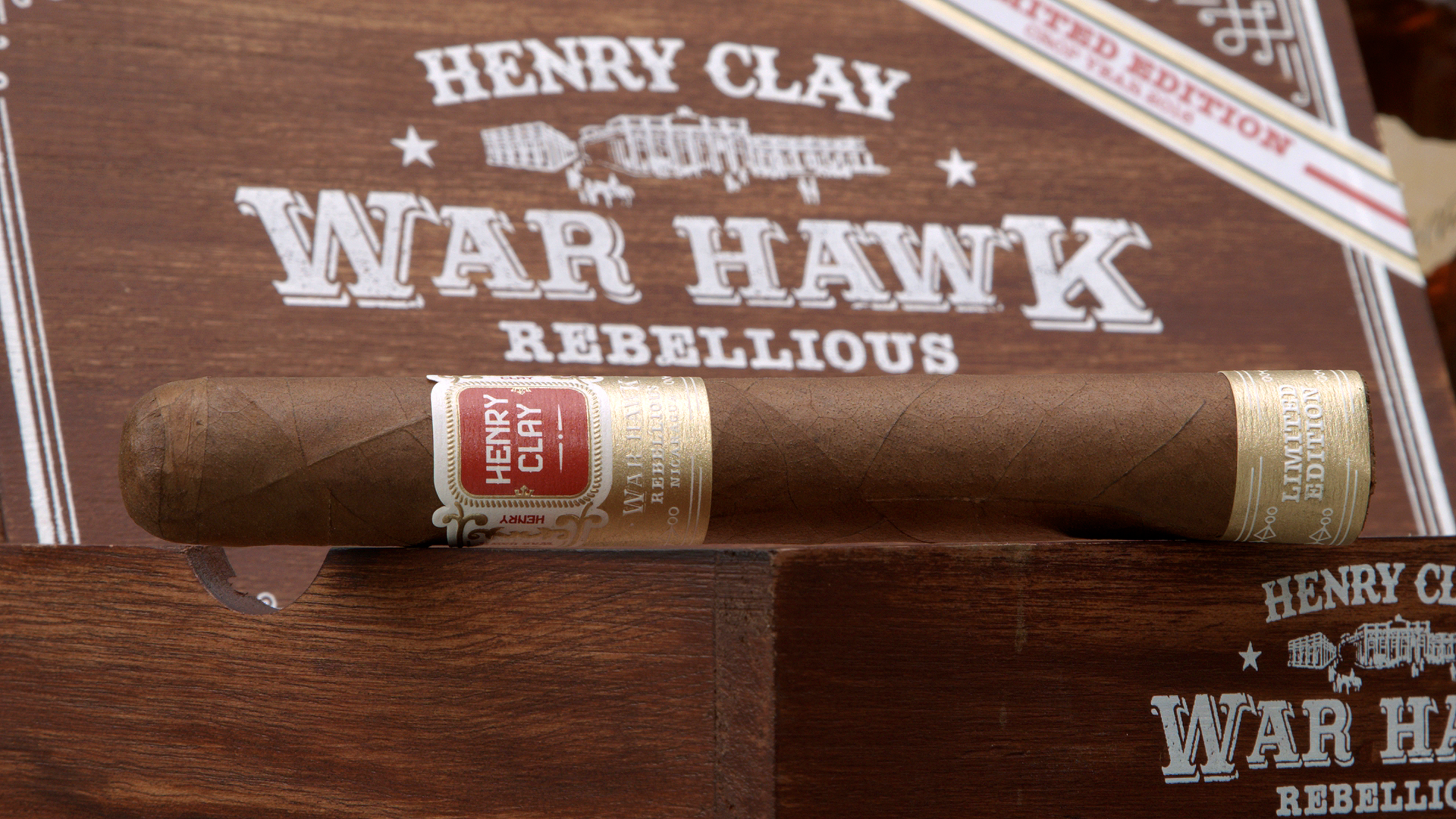 Very well. The wrapper is practically flawless with a very fine tooth, a silky feel and an even color throughout. The cigar is adorned with an white and gold neck band and a gold band at the foot.  The cap is a triple seamer that cut perfectly with a twin blade guillotine. Once clipped, the draw was effortless offering pre-light notes of salt and leather. 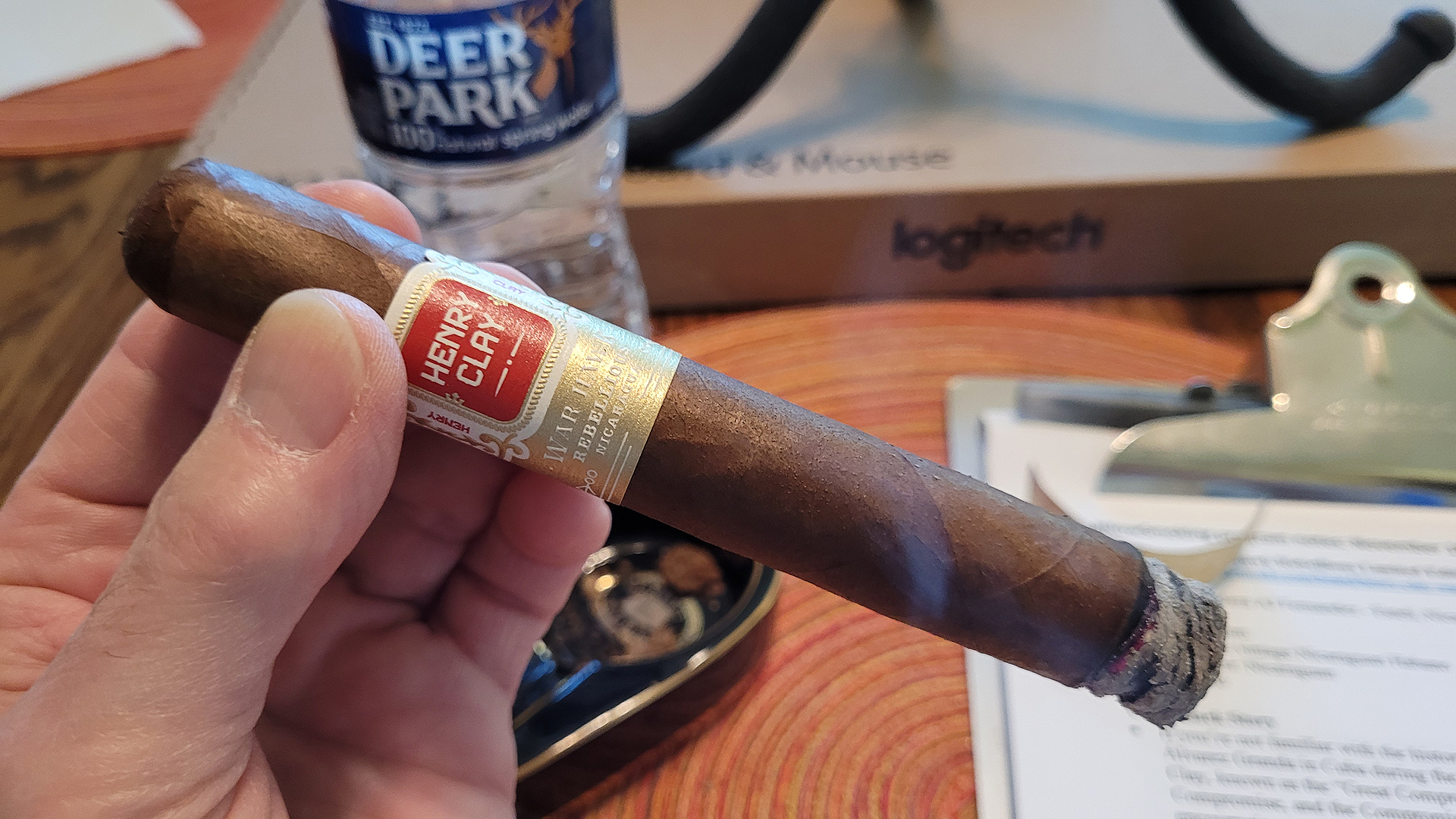 The Henry Clay War Hawk Rebellious starts off in typical AJ fashion. The first few puffs were creamy, earthy, and leathery with some light saltiness and a bright shot of pepper out of the gate. As it settled in, a woody, oak-like note joined the fray, for a mostly earthy, leathery-tasting smoke with a medium body and a short trail of pepper on the finish. The cigar also got off to a nice even burn. 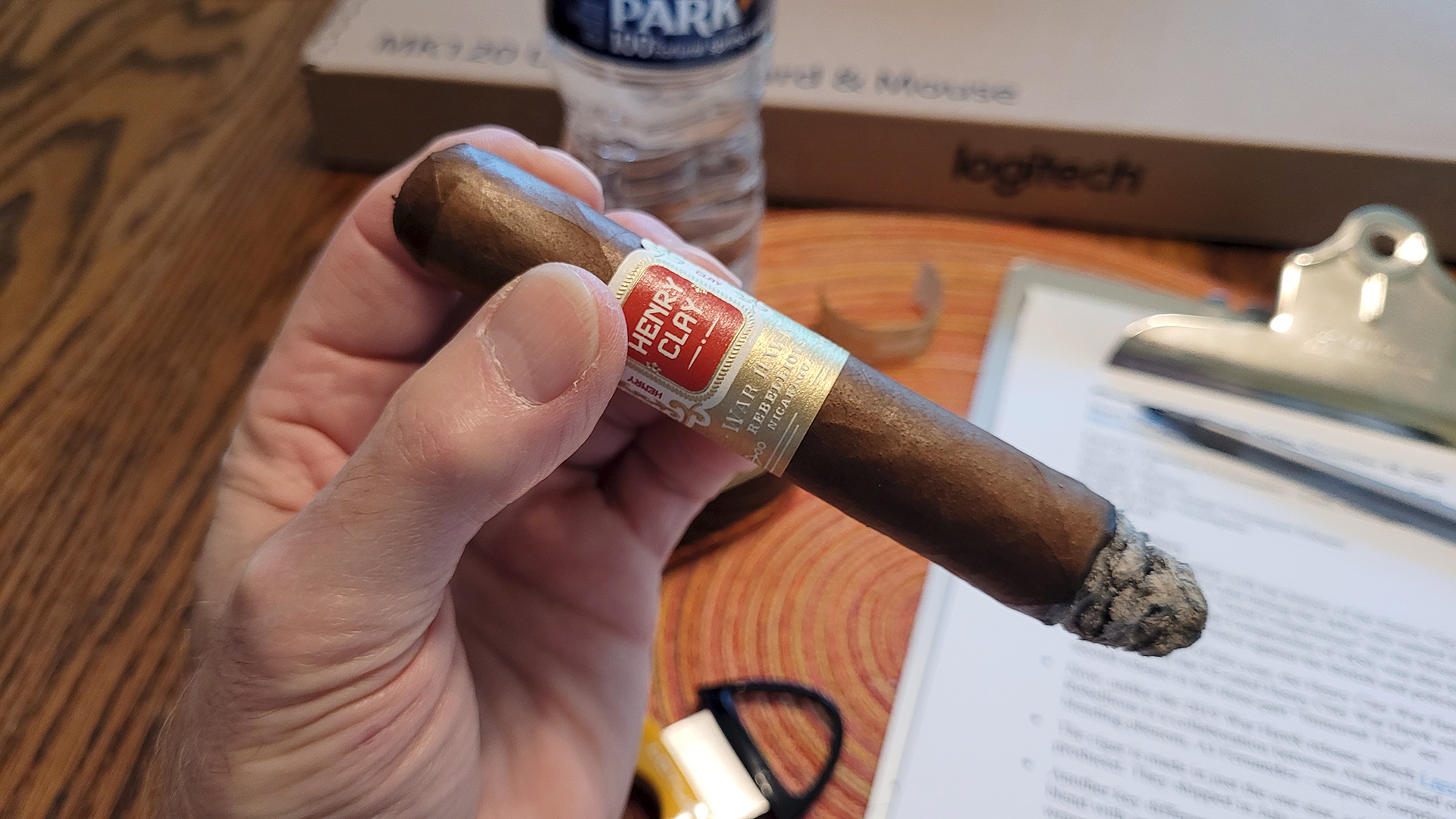 Pretty much like the first section, the smoke continued to be exceptionally creamy and balanced while holding steady at a medium body & strength, and the peppery finish held on, too. The burn proved to be phenomenally even with a fairly firm ash, and once it reached the midpoint, a note of molasses, and just a hint of coffee appeared. 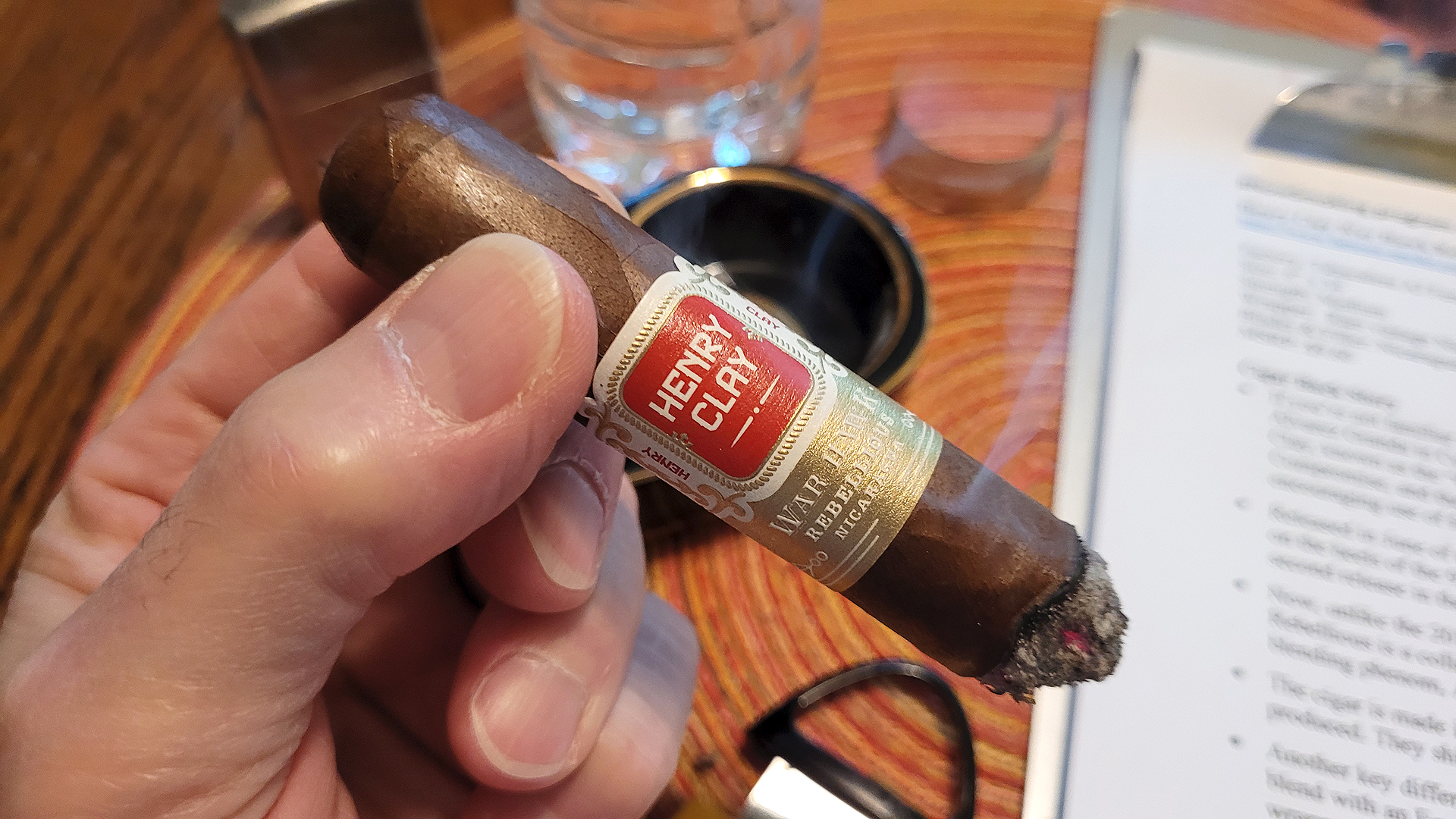 The Henry Clay War Hawk Rebellious LE Toro continued its excellent performance in burn, strength, balance, and flavor profile. The coffee note was a little better defined in this section, the sweet spice held on, as did the pepper, but the key note in the cigar, for me, was mostly leathery.

I figured the War Hawk Rebellious would be a natural for a good bourbon or dark rum. But wanting to do something a little different for this episode, I went with a mixed drink – a Whiskey Sour made with Woodford Reserve. (It’s not just for mint juleps.) I thought it made a good pairing, too, since it added a little color to the flavor pool without crushing any of the cigar’s base notes. My Sour may have been a little sweeter than called for, so be careful not to overdo it. 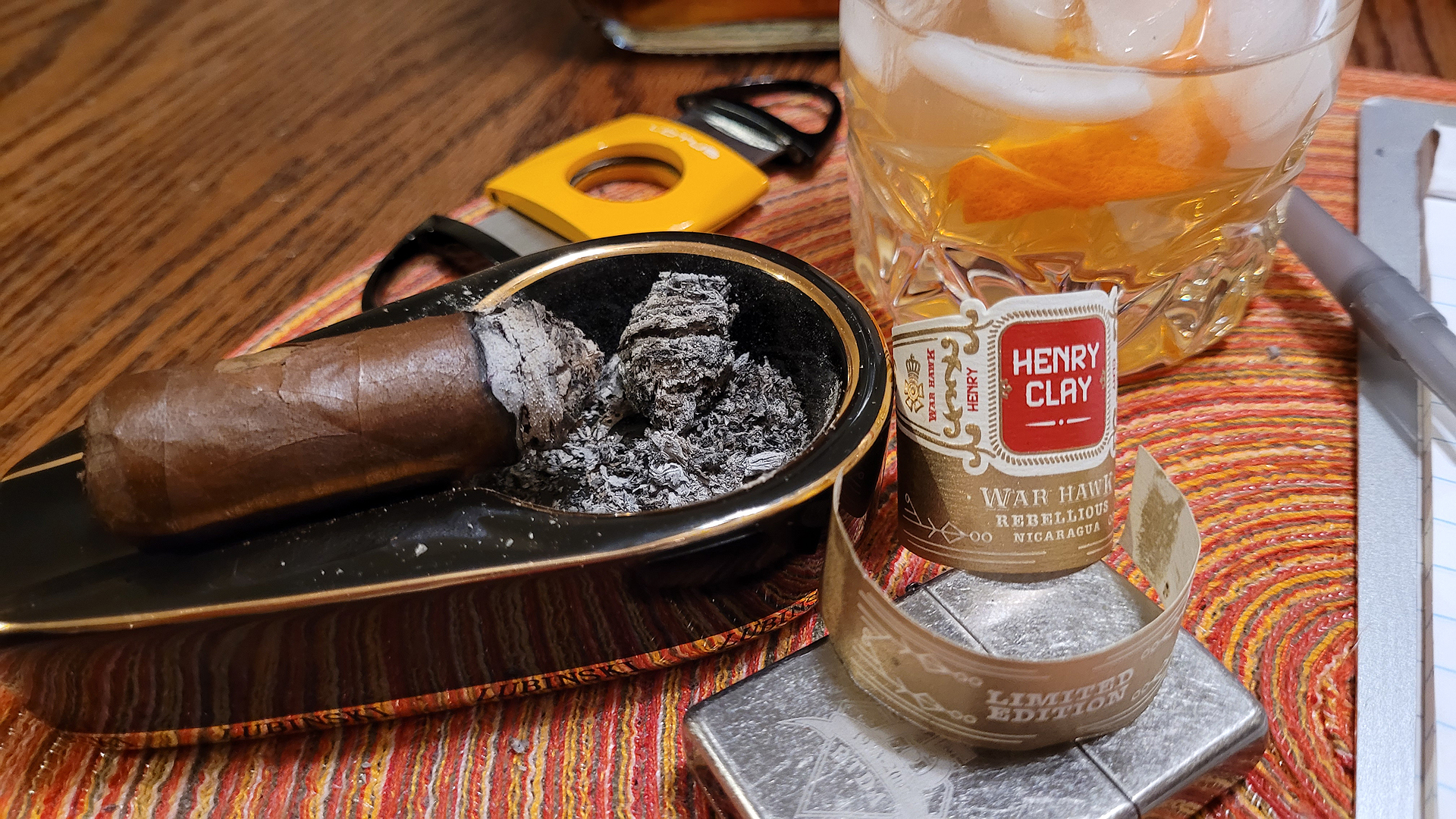 Here again we have an iconic Cuban-heritage brand that continues to fight for relevancy in a market with so many new independent cigar brands. Quite a contrast between the War Hawk released in 2019, AJ and Rafael did a nice job giving this puro a more assertive posture, but I’m glad they didn’t go over the top. The body and strength remained in the medium zone with a mostly leathery profile. I can easily recommend Rebellious to cigar smokers at every level, and the vintage wrapper alone is worth picking one up. Just remember, this cigar is a limited edition, so stocks may be thin or even out.

Reading Time: < 1 minute Aging Room Pura Cepa hits the bulls-eye on all counts: see more of our quick review, and who we’d recommend this cigar to