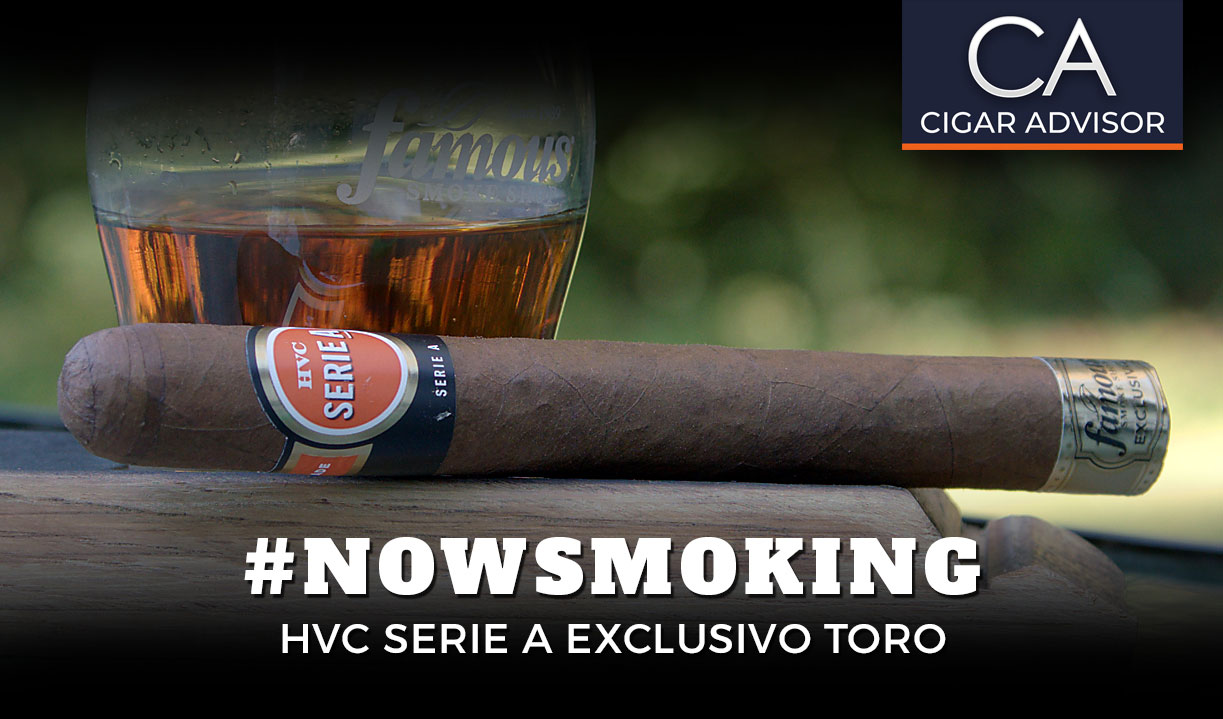 HVC Serie A is a boutique blend that’s been a big hit around the office, especially with me. So…when I heard that Famous was getting an exclusive size, I rushed down to receiving to see what was what. The blend is the same as the core Serie A line – the only difference being it’s a popular Toro size rolled to a 6 ½ x 50. I prefer smaller ring gauges, but I’m curious to see if the Toro has the same magic as the HVC Serie A Perlas I reviewed with Gary two years ago.

I caught up with Famous Purchasing Director, Jim Charnley, who gave me the skinny on how this Famous Smoke Shop exclusive blend came to be. 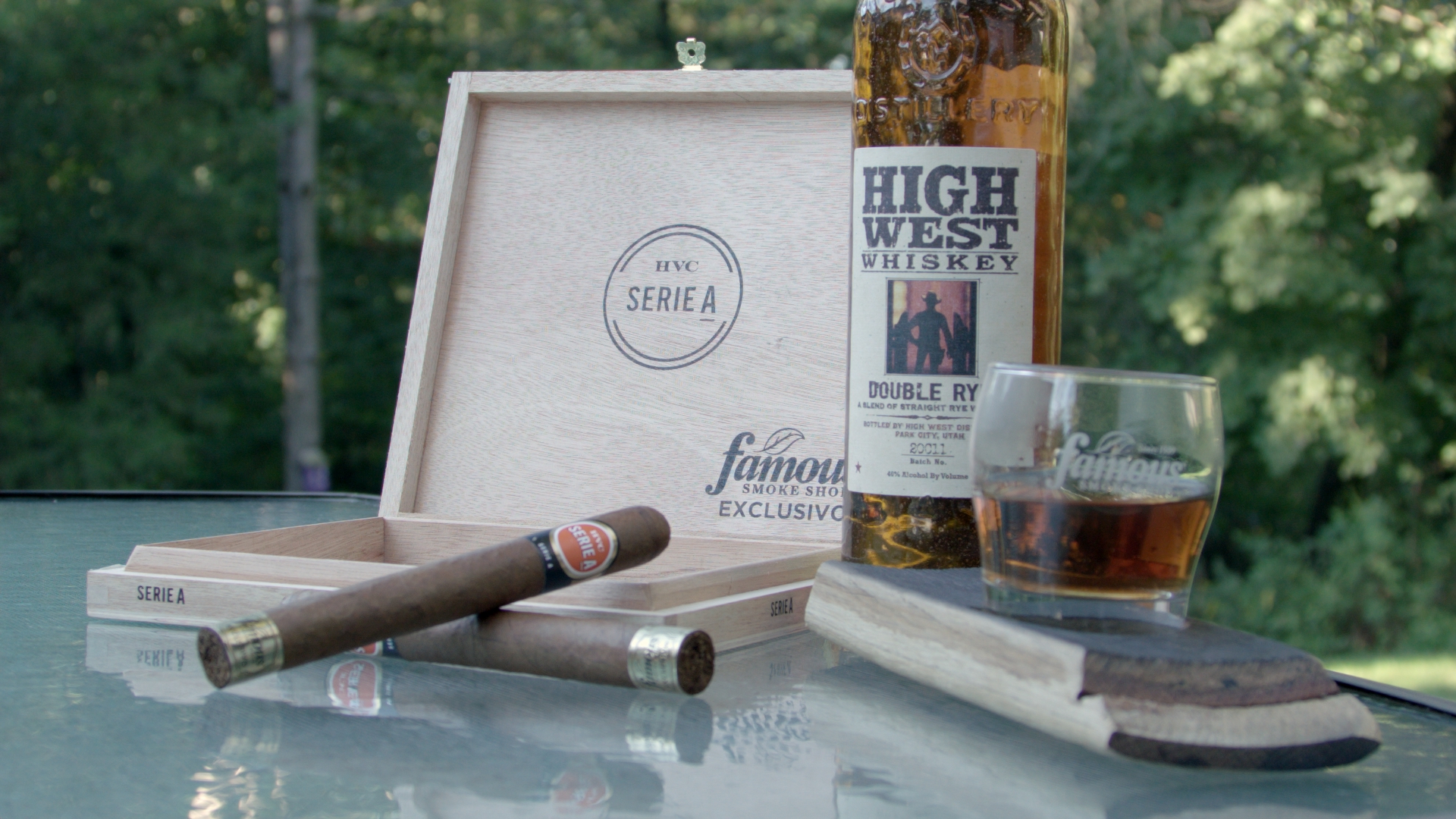 “We reached out to Reinier about making Famous an exclusive [cigar]. He already knew what blend he wanted to use,” said Charnley.

The Reinier he’s talking about is Reinier Lorenzo, founder and master blender of HVC Cigars.

“The HVC Serie A Toro Exclusivo for Famous Smoke Shop has everything I look for in a cigar,” said Lorenzo. “Great flavor, balance, construction, and a clean finish.”

If you smoke Serie A Toro, make sure to drop us a line in the comments about what you thought of it. 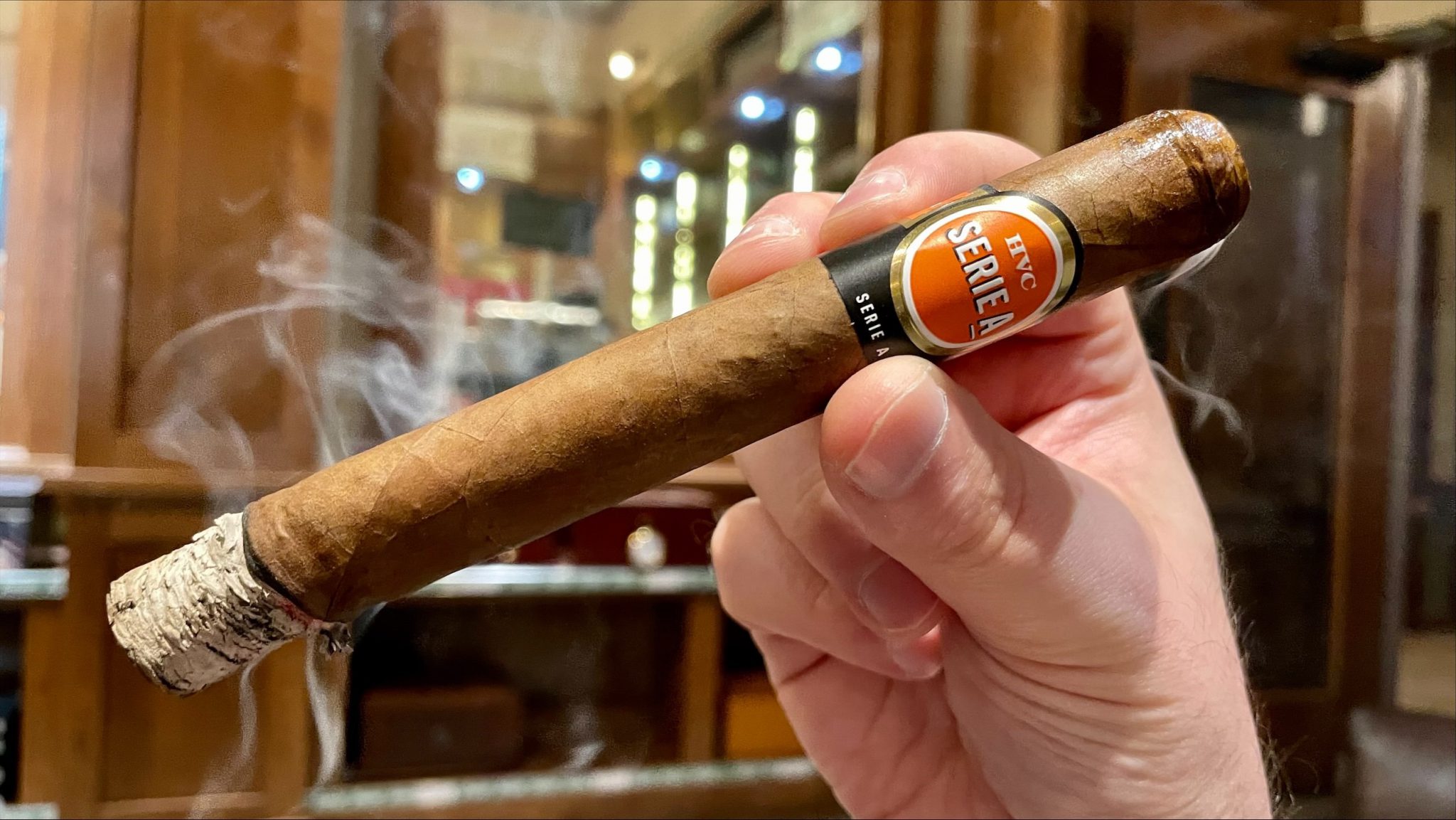 Lots of wood, earth, and warm spices up front. After the Serie A Toro settles in, its flavors evolve to be a bit more buttery, with an addition of a Corojo natural sweetness, which has been the hallmark of the blend to date. My sample is less intense than Serie A Perlas (5 5/8” x 46) – more intense than the Serie A Canones (5 ½” x 54) which is worth noting if you’ve tried the core sizes previously. All on par with what you’d expect. I’m getting a preview of the second third a bit early, and it’s already building in strength – with a nicotine buzz I feel in my chest. 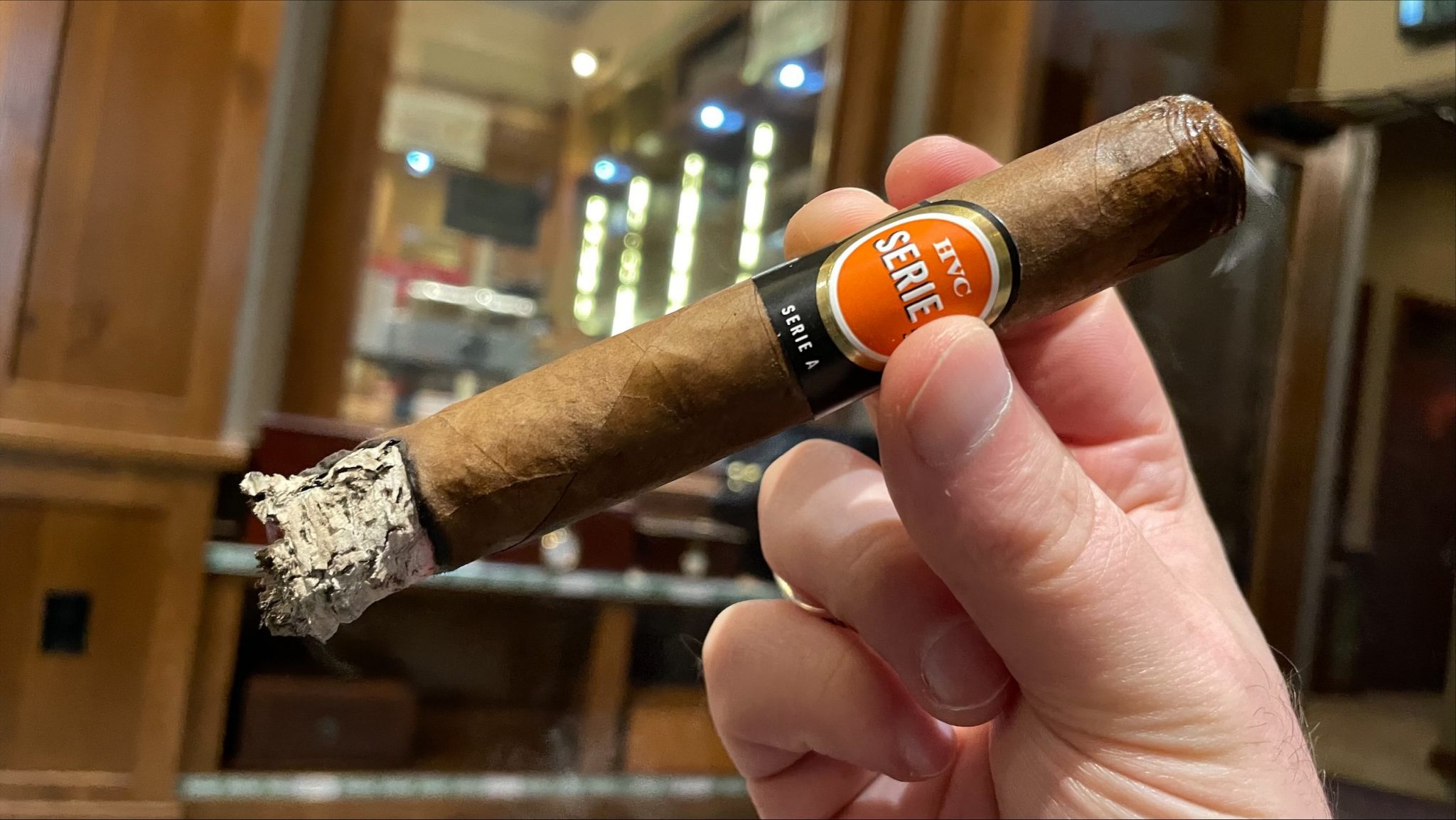 There isn’t any drastic complexity change by the halfway mark, but along with the added strength is a boost to the cigar’s sweetness. There’s also a new note of peanuts and a perfume-like flavor on the finish that reminds me of a well-aged Cuban cigar if the potency was still in the game. My takeaway from Act II is twofold. It’s not going to replace the smaller ring gauge Perlas in my humidor, but it’s a far better Toro than I expected. 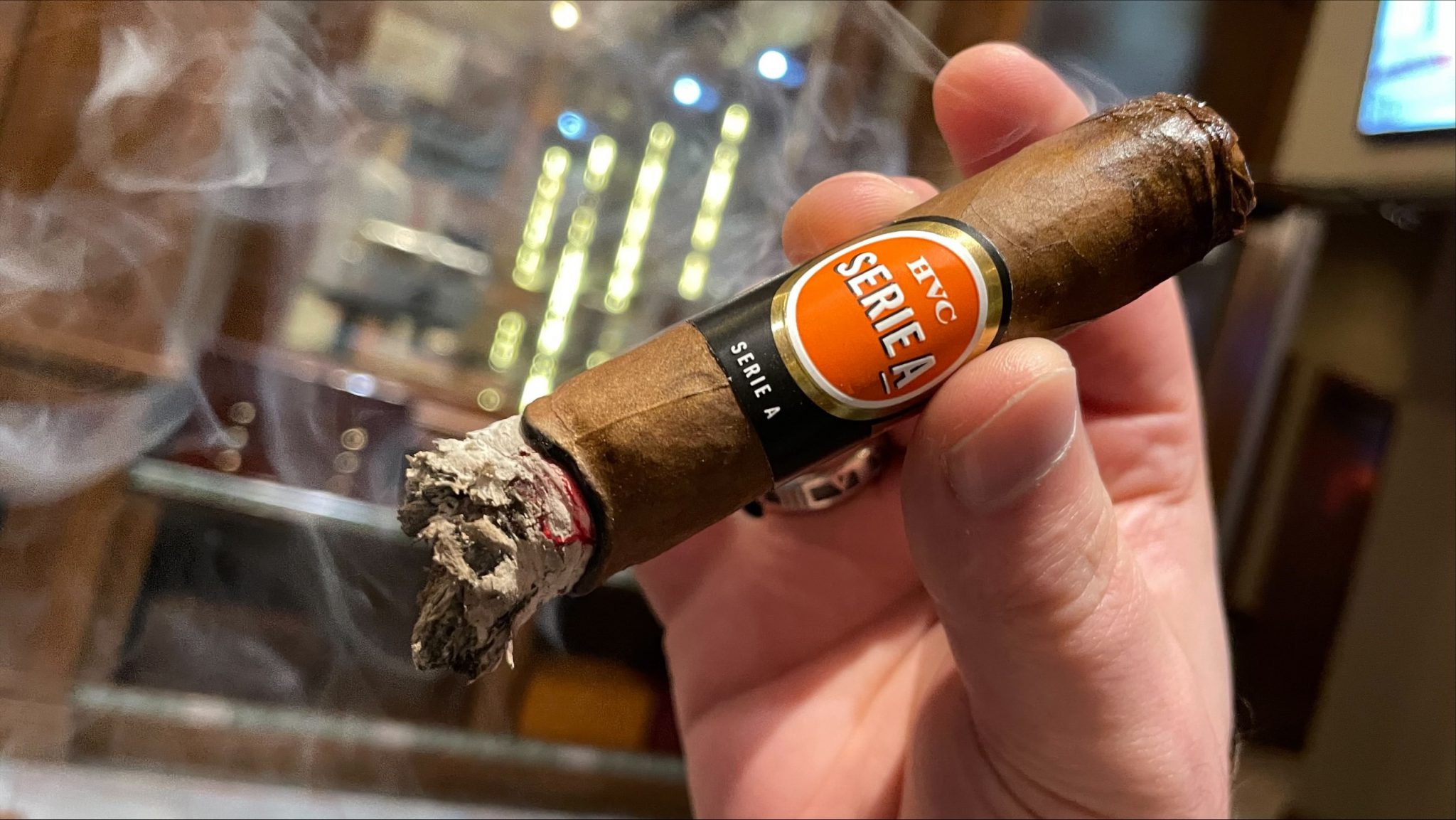 By the final third, Serie A Toro has lost some of its sweetness, but it’s made room for some tangy citrus that made the tradeoff worth it. It kind of reminds me of some type of fruit peel, but I couldn’t put my finger on any definitive flavor. Kind of like when you drink a citrus beer and get that zesty finish. As for the retrohale, there was plenty of pepper in it throughout the cigar, but it was most pleasant toward the end, so if you’re newer to the technique, you’ll likely be better served by waiting for the finale.

What beverage pairs well with the HVC Serie A Exclusivo Toro?

Anything with citrus will be a good fit. Like those beers I talked about, an orange vodka, or something in that vein will get you lots of mileage. Try orange juice and vodka with it!

Is HVC Serie A Exclusivo Toro Worth Smoking? 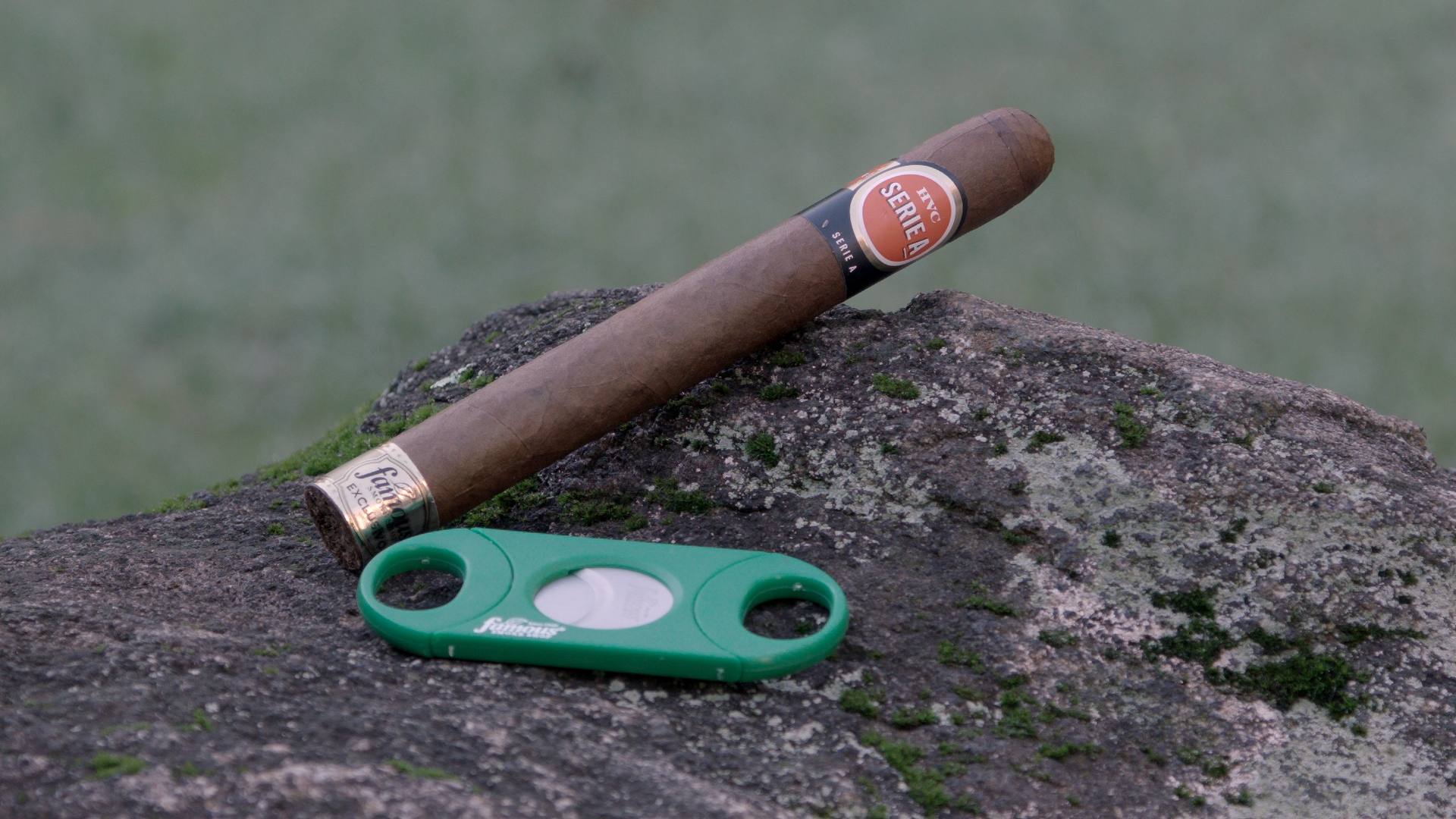 Even though I said I prefer the smaller ring size of HVC Serie A Perlas, the Exclusivo Toro is admittedly more accessible. Of all of Famous’ exclusive blends, this is high on my list, and I already have a few tucked away in my humidor for ‘further research’ ;). If you’re a full-bodied fan who likes their cigars to be a thrill ride, Serie A delivers a solid A-game.

Reading Time: 6 minutes Flashy. Classy. Elegant. Refined. All of these words describe the allure of the tubo cigar. You don’t need to spend a mint to have one, though – Click for our list of 10 Tubos Under $10!