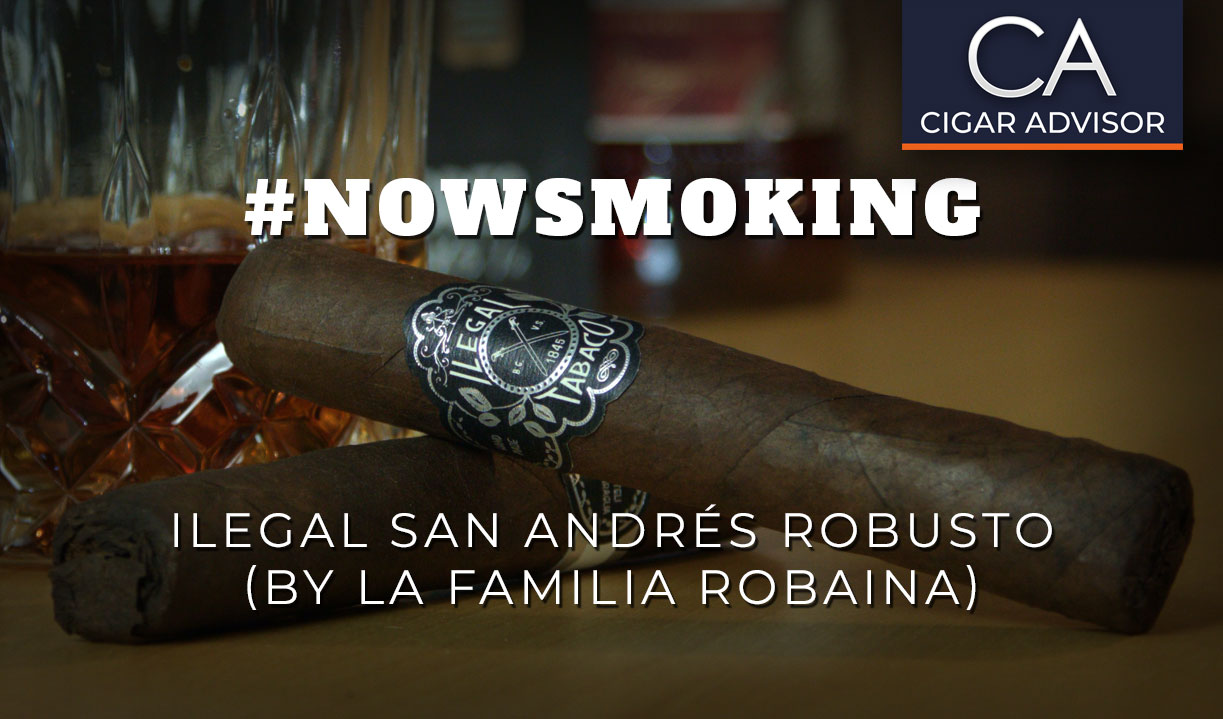 The Ilegal Tabaco Cigars Back Story

“My grandfather was the godfather of cigars in Cuba and he still is,” said Hirochi Robaina in a 2019 Tobacco Business profile on him. “…he wanted me to work in a cigar factory before I worked on the tobacco farm so I [would learn] that the quality of the leaf was important to the quality of the cigar.”

Hirochi’s grandfather was the late Alejandro Robaina, the third generation of the family to grow tobacco on their Pinar del Rio  farm, which they’ve done since 1845. Cigars such as the Cuban Cohibas and Hoyo de Monterreys were blended with Robaina-grown tobaccos. And although Alejandro passed in 2010, the family’s Vegas Robaina brand is still one of Cuba’s most popular cigars. 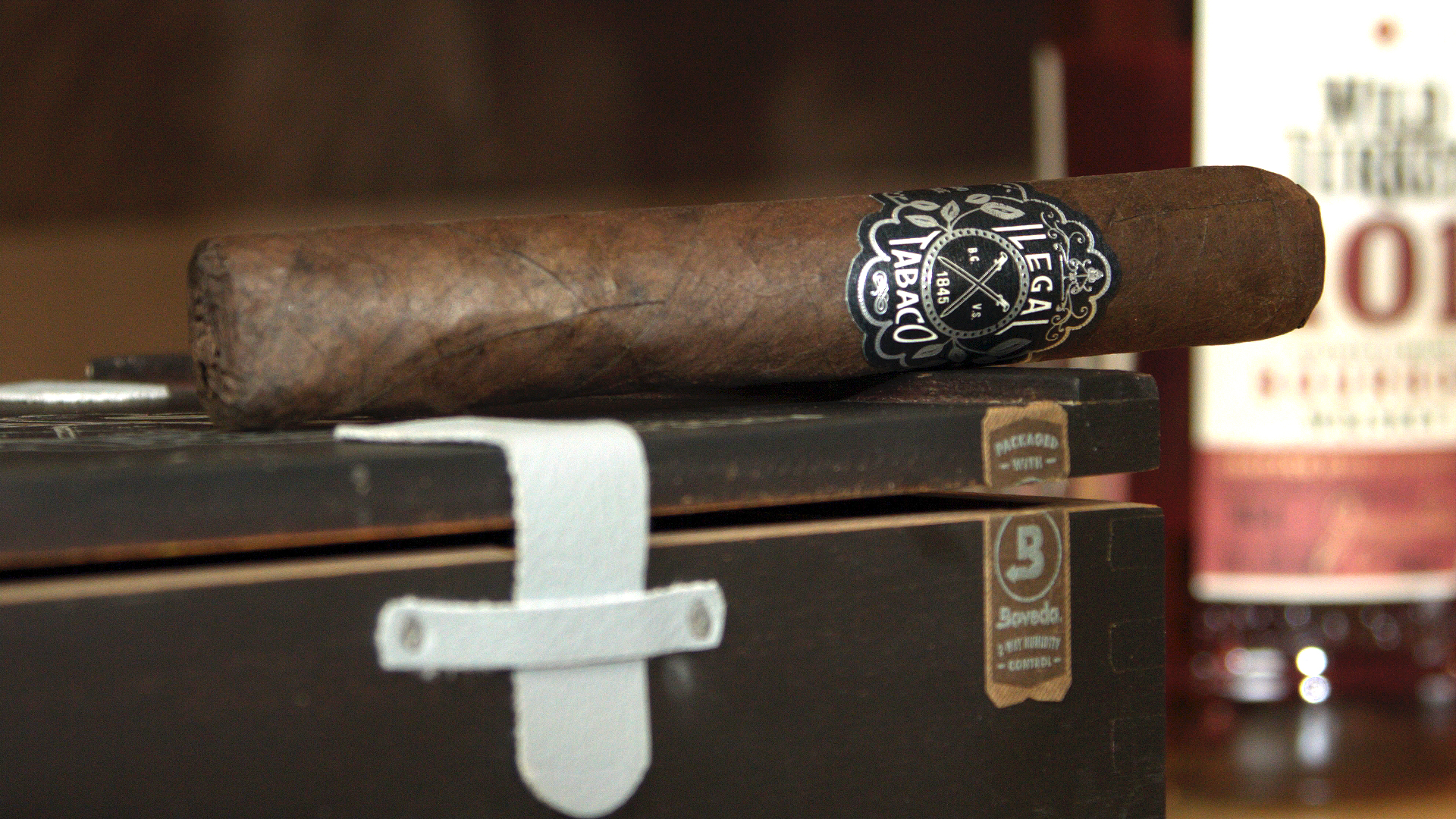 Hirochi began his tobacco career at the Partagas and H. Upmann cigar factories in Havana before returning home in 2004 to work on his family’s farm. In 2008 Hirochi began working on his own cigar line. But it was also in 2010 that the family expanded its operations by partnering with tobacco growers working in Nicaragua and Ecuador. HR was the first line Hirochi released, and not surprisingly, all three HR lines have received stellar reviews. Hirochi’s cigars are made at the La Corona Factory in Estelí, Nicaragua. Fermentation, aging, and production are also done there, giving them complete control over the processing of their tobacco.

“So Good it Should Be Illegal”

That brings us to December 2019 when Ilegal cigars were released. Now, if you thought Ilegal Tabaco was spelled with two L’s (like I did), it’s actually spelled with one, which is the Spanish spelling. According to one resource, they named the cigars Ilegal during the blending process when someone said, “It’s so good it should be illegal.” 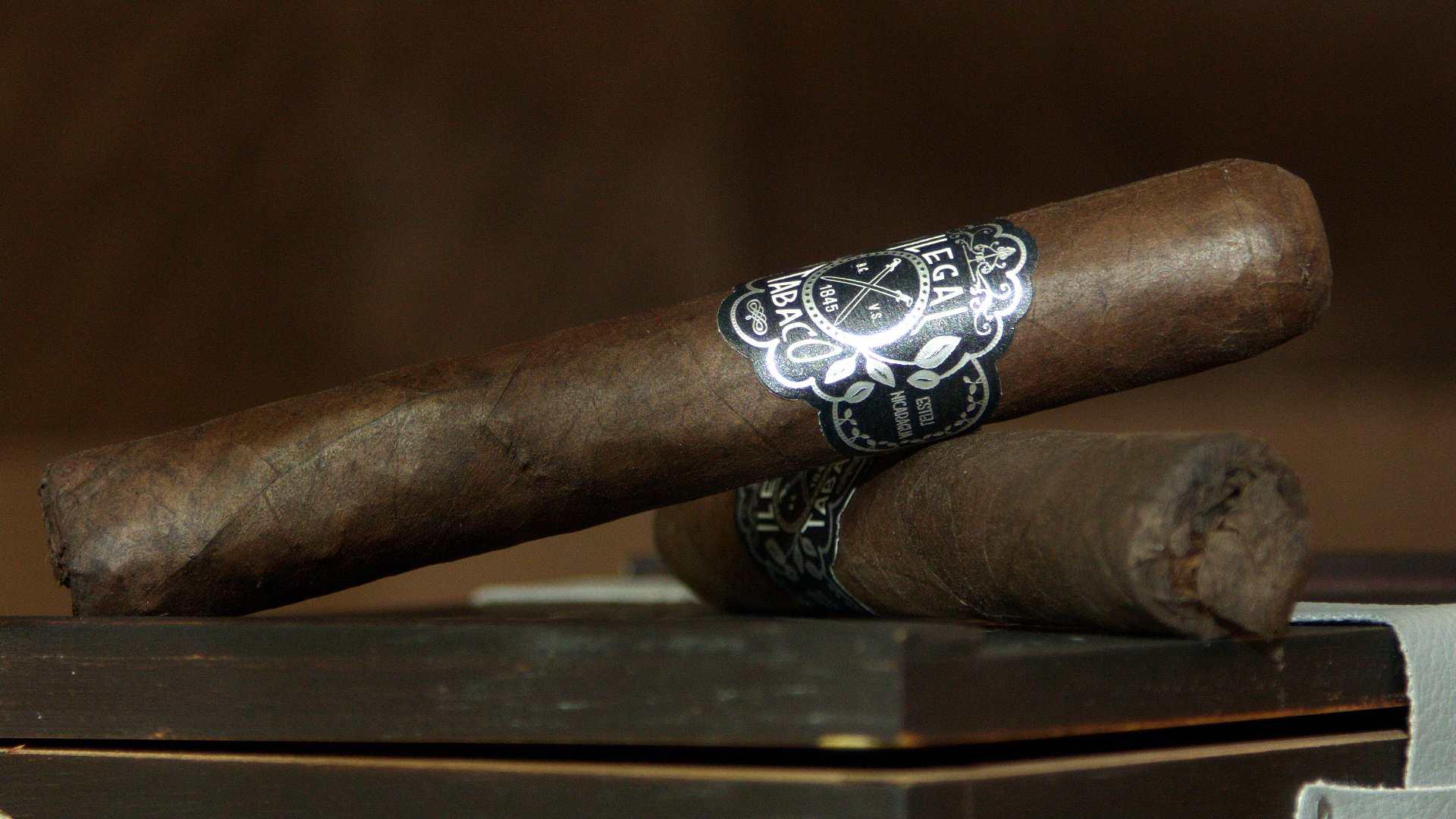 “This is a line of cigars that we are truly proud of,” said Spencer Drake of La Familia Robaina. “We leaned on a couple of friends to help out with some of the blends. Adrian Acosta helped blend our Ecuadorian Habano and Esteban Disla of Nica Sueño helped us out with the Mexican San Andres. All of the cigars have over six months of age before hitting the shelves.” 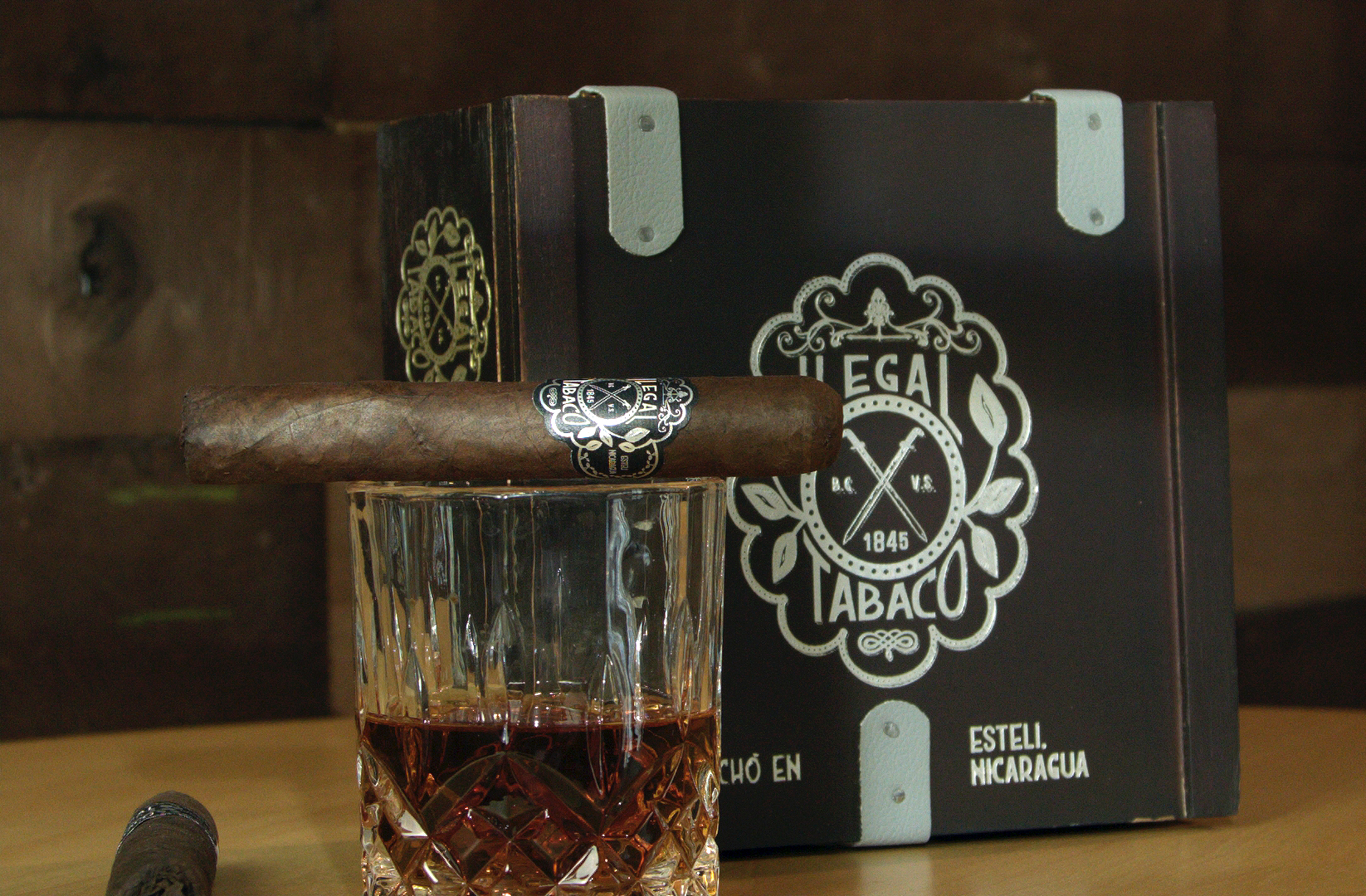 Ilegal comes in three wrappers, Habano, Connecticut, and San Andrés, and made in three sizes: Gordo, Robusto, and Toro. The core blend for Ilegal is undisclosed, but it’s safe to assume a lot of the fillers are Nicaraguan. One source reports that they also use Peruvian and Pennsylvania fillers.

Construction: Excellent. The San Andrés wrapper is even in color, oily and toothy, with a fairly rustic appearance. The head is completed with a triple seam cap, and the foot is closed. The cigar is well-packed throughout, and the cap cuts easily resulting in an easy draw.
Cold Draw: Sweet and leathery.
Toasting and light: Nice – especially with the closed foot to help out. Just beware of flying ash sparks, which can happen in some instances.
Base flavors: Sweet tobacco, leather, cedar, floral notes, earth, peppery spice.
Aroma: Floral.
Retrohale: Spicy.
Burn & Ash: Excellent. The burn was mostly even with no relights or other issues. The ash, itself, was impressively firm up to about an inch apiece (see photo). 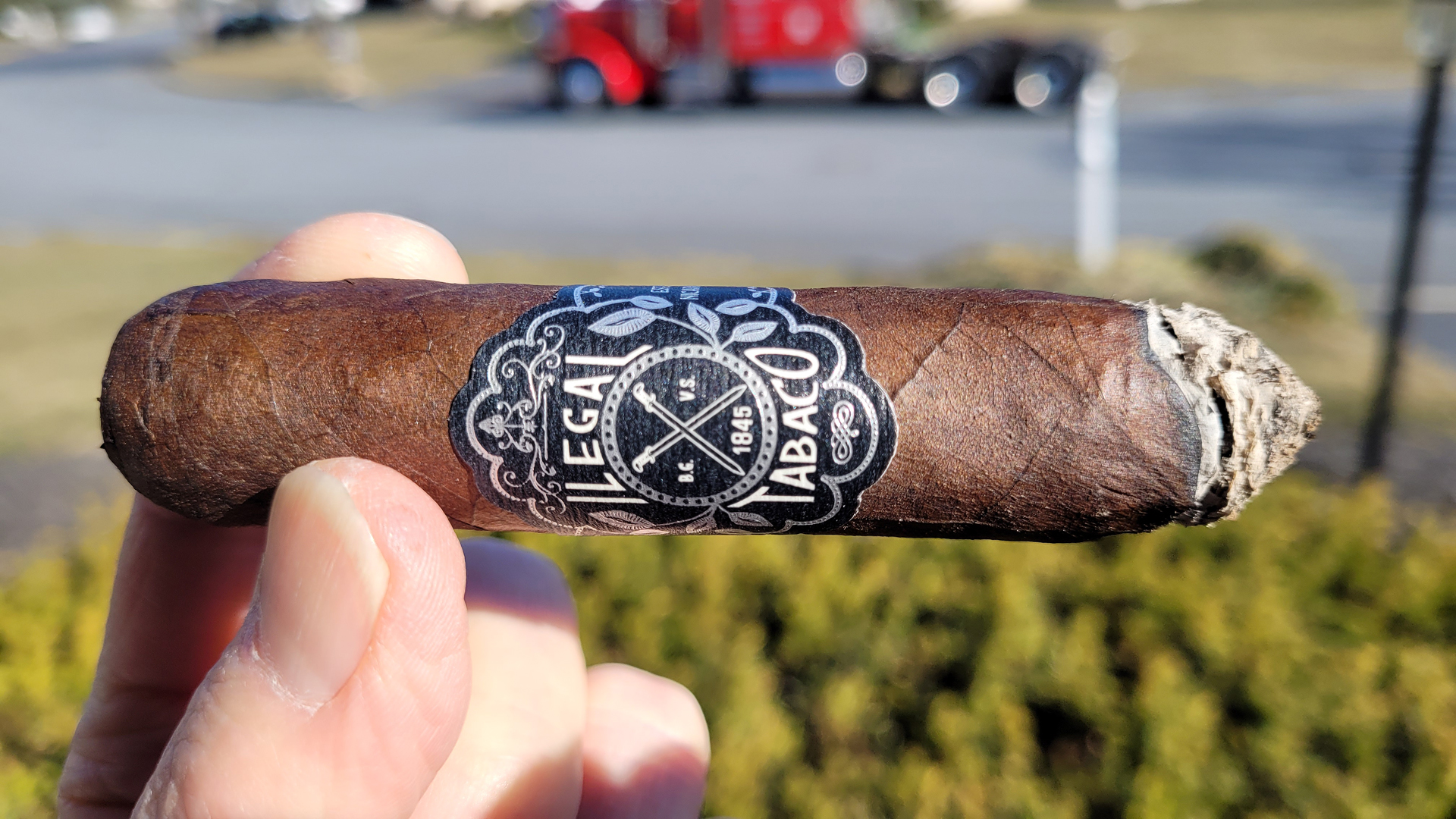 Sweet and creamy out of the gate, very smooth, and surprisingly mellow. As the burn moves along, some floral elements emerge, including the aroma, while the body and strength remain on the mellow side. It’s not until the cigar reaches the end of the first third that the body begins to shift to a more medium stage. 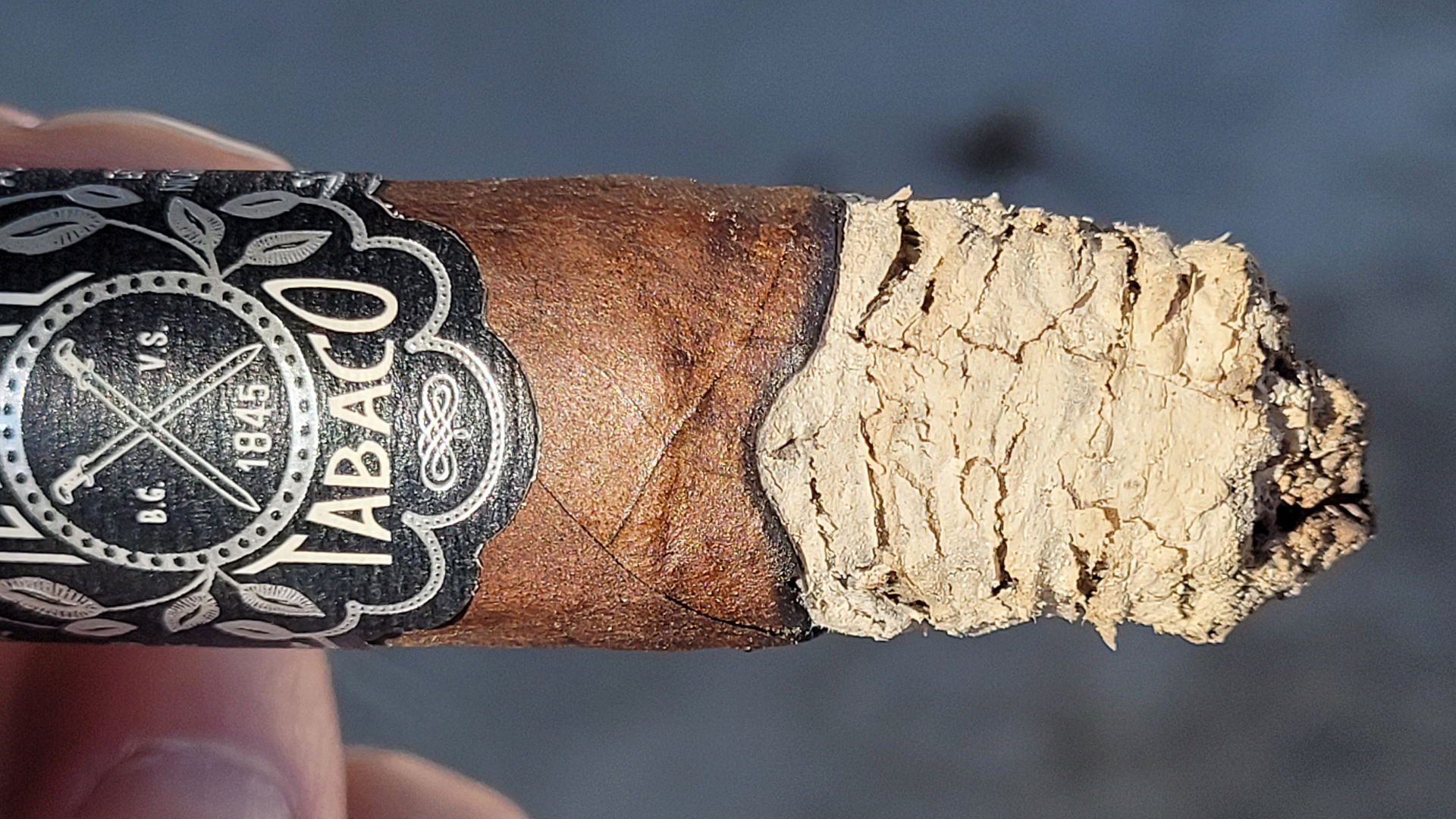 Some leather and cedar-like wood emerged in this section as the sweet tobacco and floral notes remain pinned at the core. Some peppery spice seems to linger on the finish at this point, and a similar spiciness is also prevalent in the retrohale. too. More earthiness emerges, too, as the burn moves closer to the last third. 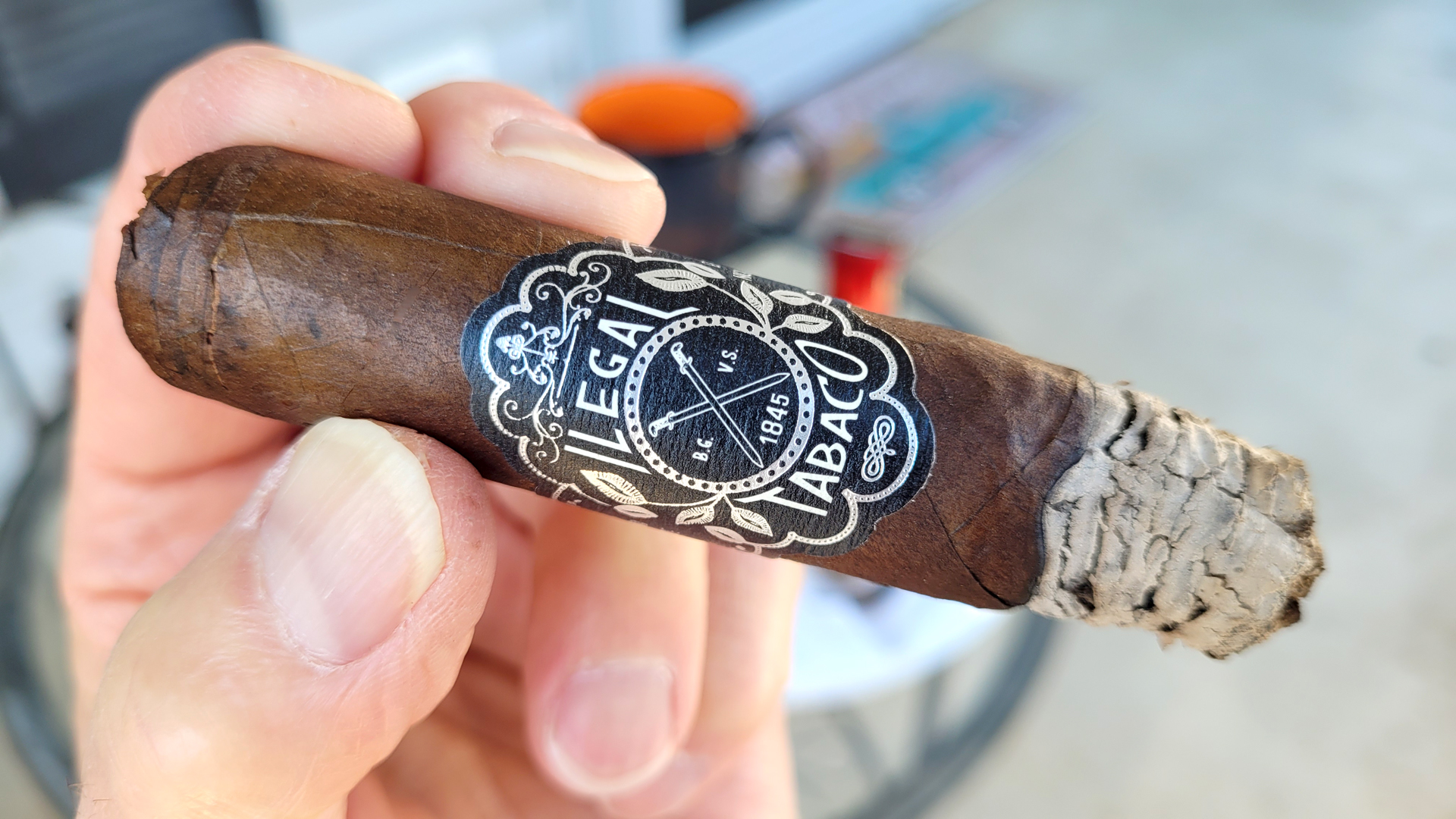 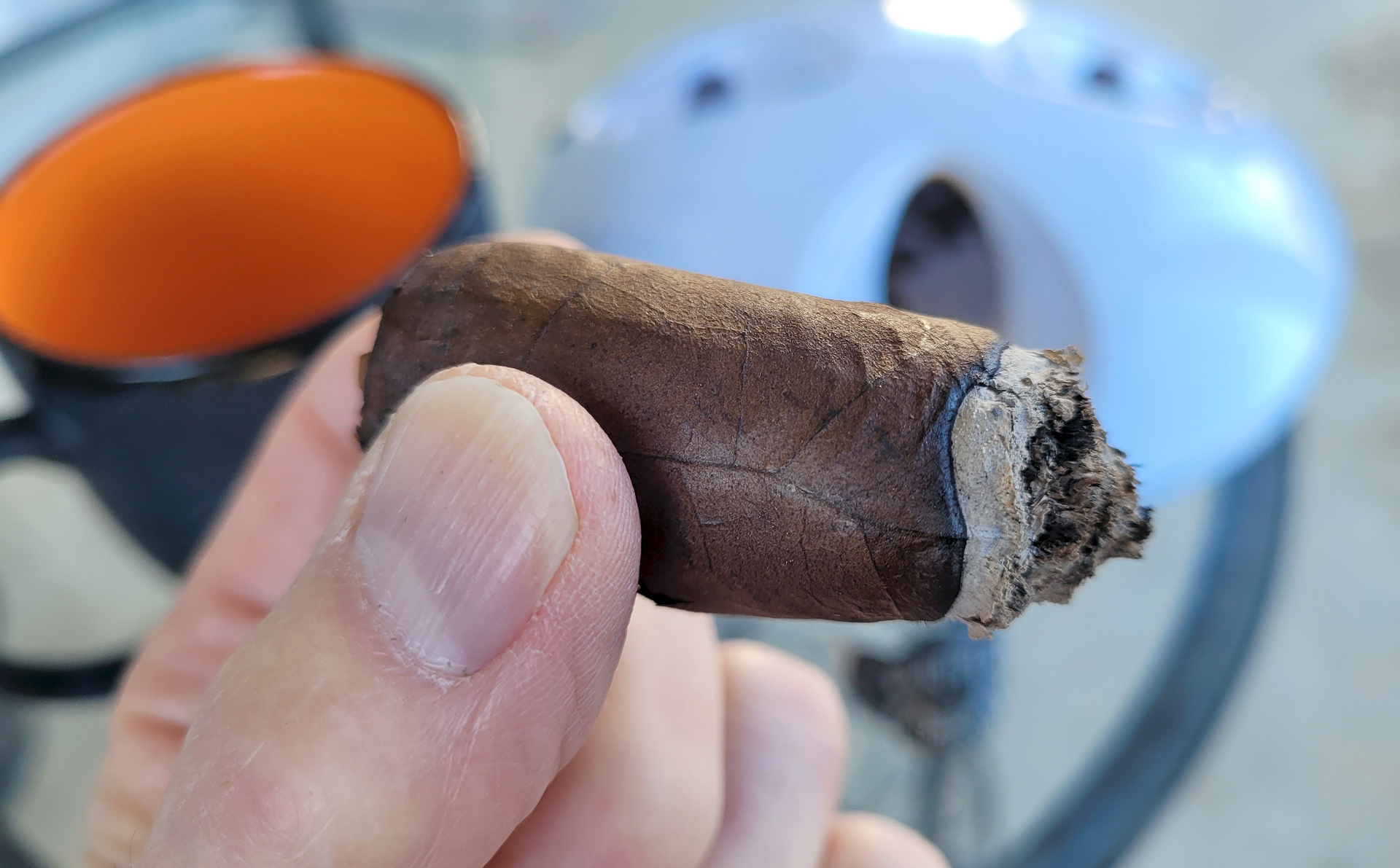 I’ve got to give this cigar an ‘A’ for consistency. Even in this last third the body and strength were still somewhere between medium and medium-plus. Most of the core flavors remained active and well-balanced. The spice was a little more peppery at this stage, but the cigar never turned bitter, even in the final inch. 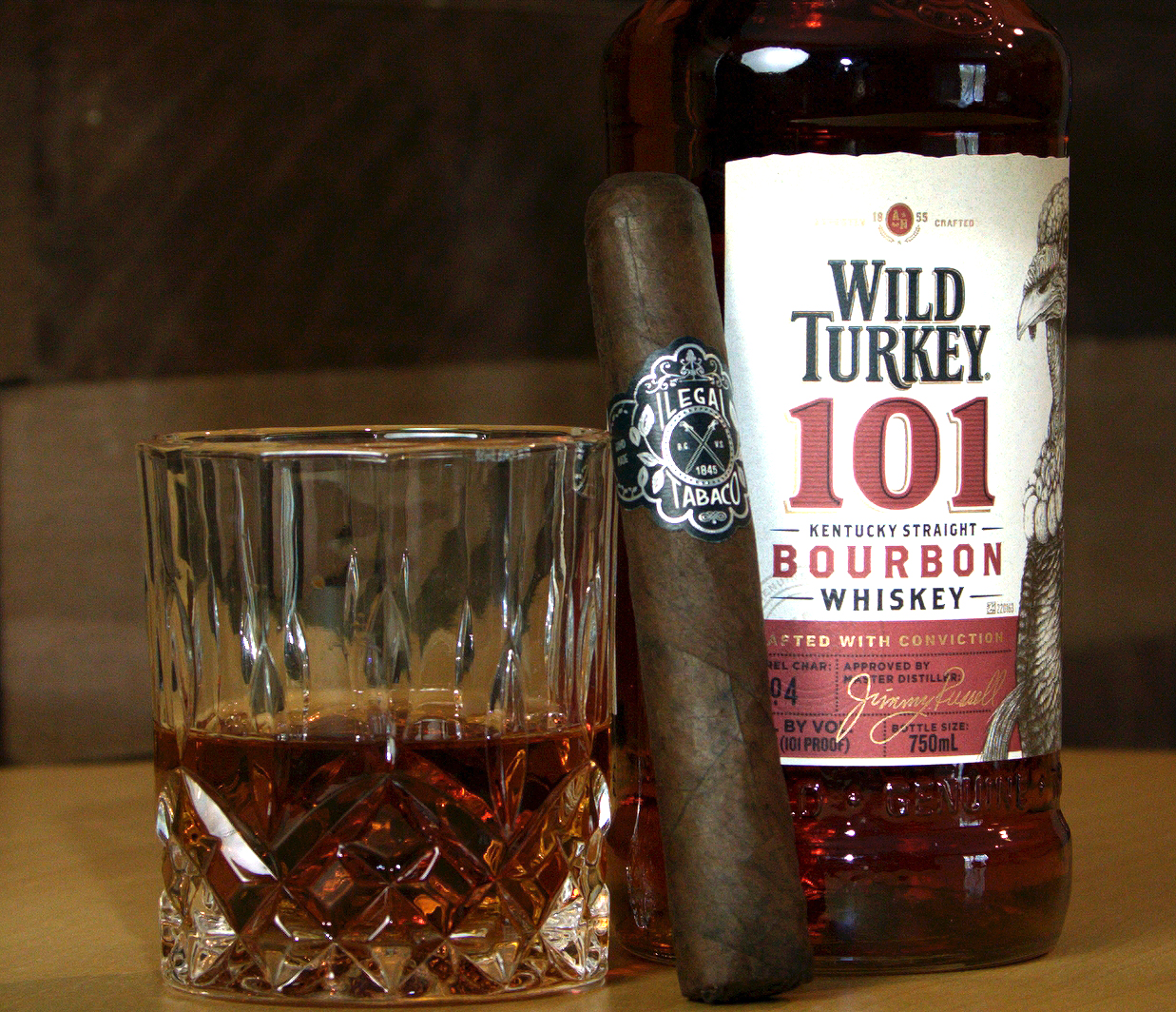 First and for the record: Although I may have given the impression in the video that there could possibly be some “illegal” leaf in this Ilegal Robusto’s “undisclosed” core blend, there’s no evidence of it. Suffice it to say, whatever Hirochi and his team used for this blend, he got it right, and for me, including the choice of the maduro wrapper. Esteban Disla of Nica Sueño is credited with doing a great job on the wrapper, and it’s the key to the cigar’s sweetness. Since the Ilegal San Andrés Robusto never goes full balls-to–the–wall in body or strength, I’m confident that cigar smokers, regardless of experience, will get plenty enjoyment out of this blend. It’s very refined with a little bit of something for everyone, and well worth adding to your “must smoke” list. I know I’ll be returning to this one.

Read More
Cigar Lifestyle
We Advisors love our cigars, and our Blues. Watch and listen as we sit with Shane Speal, King of the Cigar Box Guitar: he shows us his picks for the best cigar boxes to make cigar box guitars, and we tell him interesting facts about the cigars that came in those boxes before they started making that sweet, sweet music.
Read More