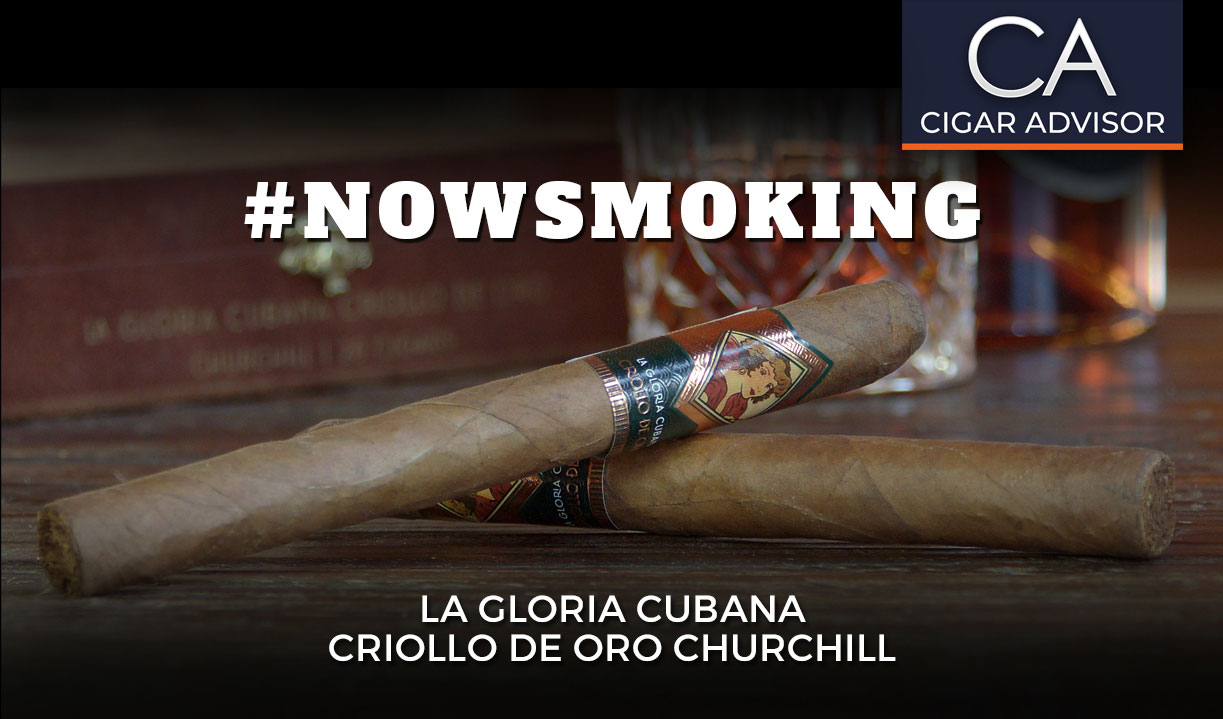 This La Gloria’s story is a tale of two wrappers: the legendary Cuban Criollo and Pelo d’Oro varietals. Both are nuanced, flavorful, and have a long history of use, but their susceptibility to mold and disease halted their use in cigar blends for a long time. In recent years, both seeds have made a comeback thanks to disease-resistant tobacco varietals. 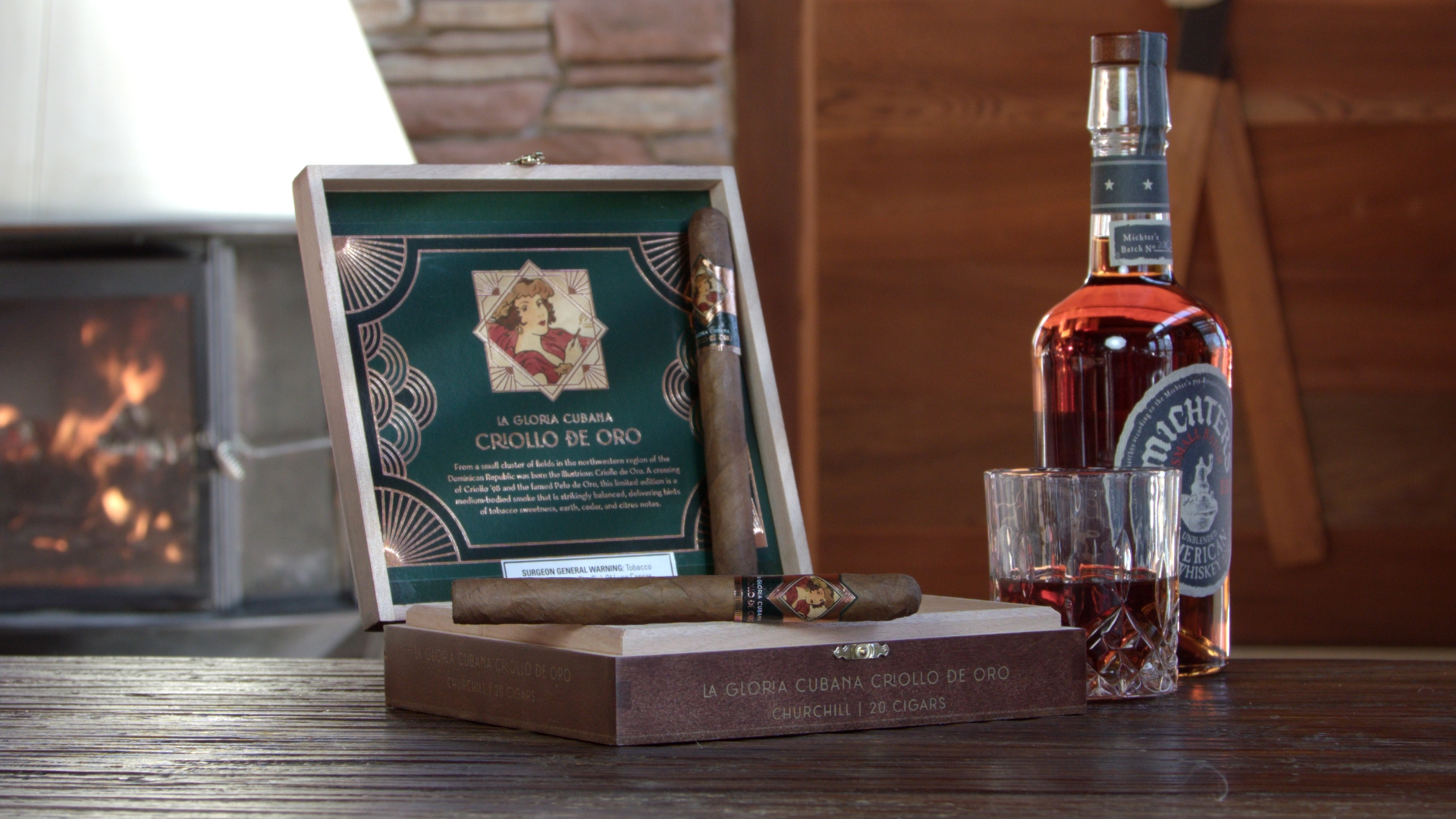 In Criollo de Oro’s case, the wrapper is a hybrid of both tobaccos (Criollo and Pelo d’Oro) grown in the rather humid microclimate of Mao, Dominican Republic. Mao sits in the heart of DR’s famed Cibao Valley. What that means for the tobacco: the leaves get ample sunlight, resulting in an oily wrapper that’s fine-tuned for flavor. Underneath, Criollo de Oro is filled with Honduran and Nicaraguan long-filler tobaccos bound by a U.S. Connecticut Broadleaf. 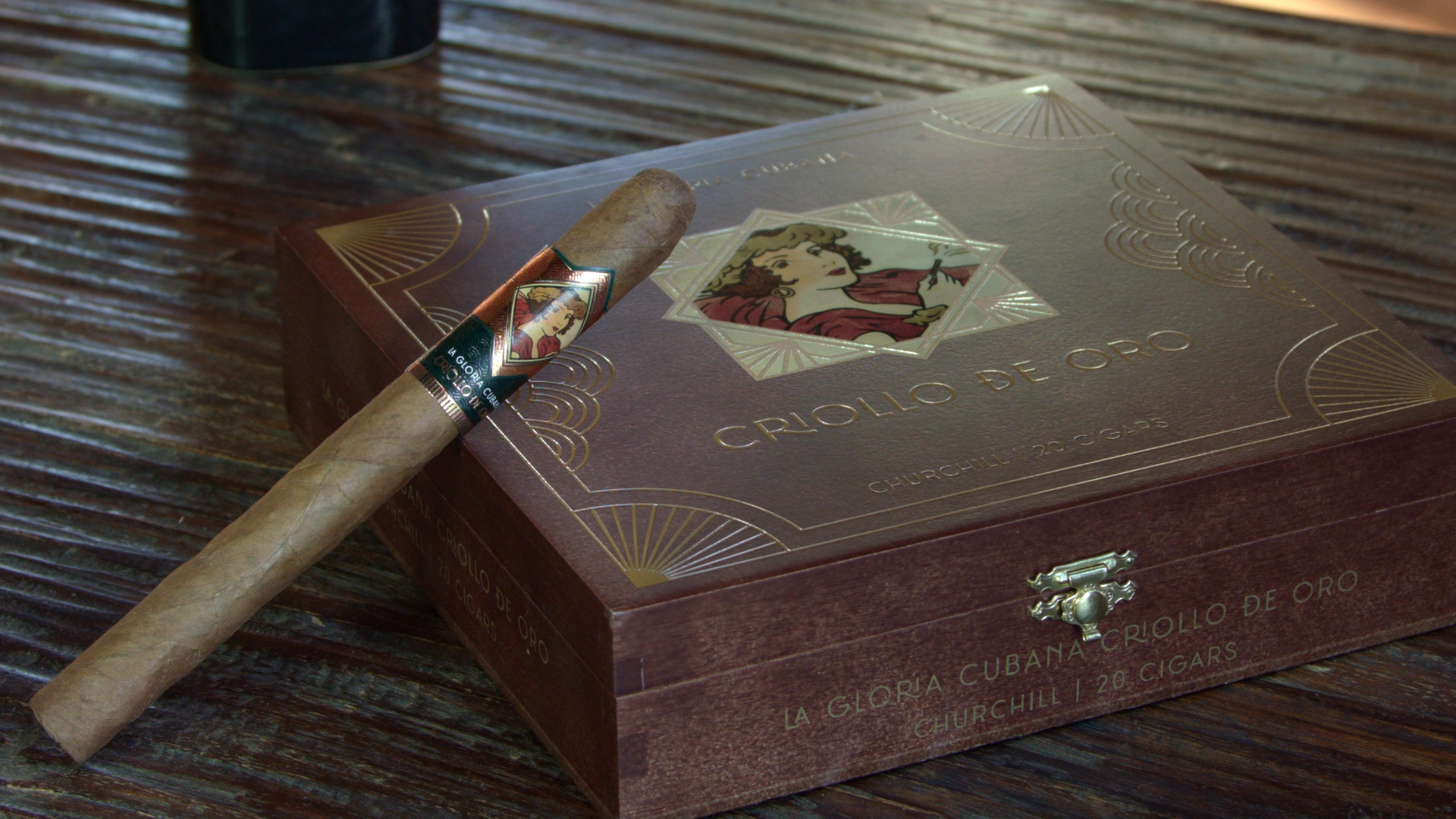 Given the recipe, I’d bet this was a flavor bomb – but the folks over at La Gloria assure me that it’s medium-bodied. Let’s see how it takes to a flame! 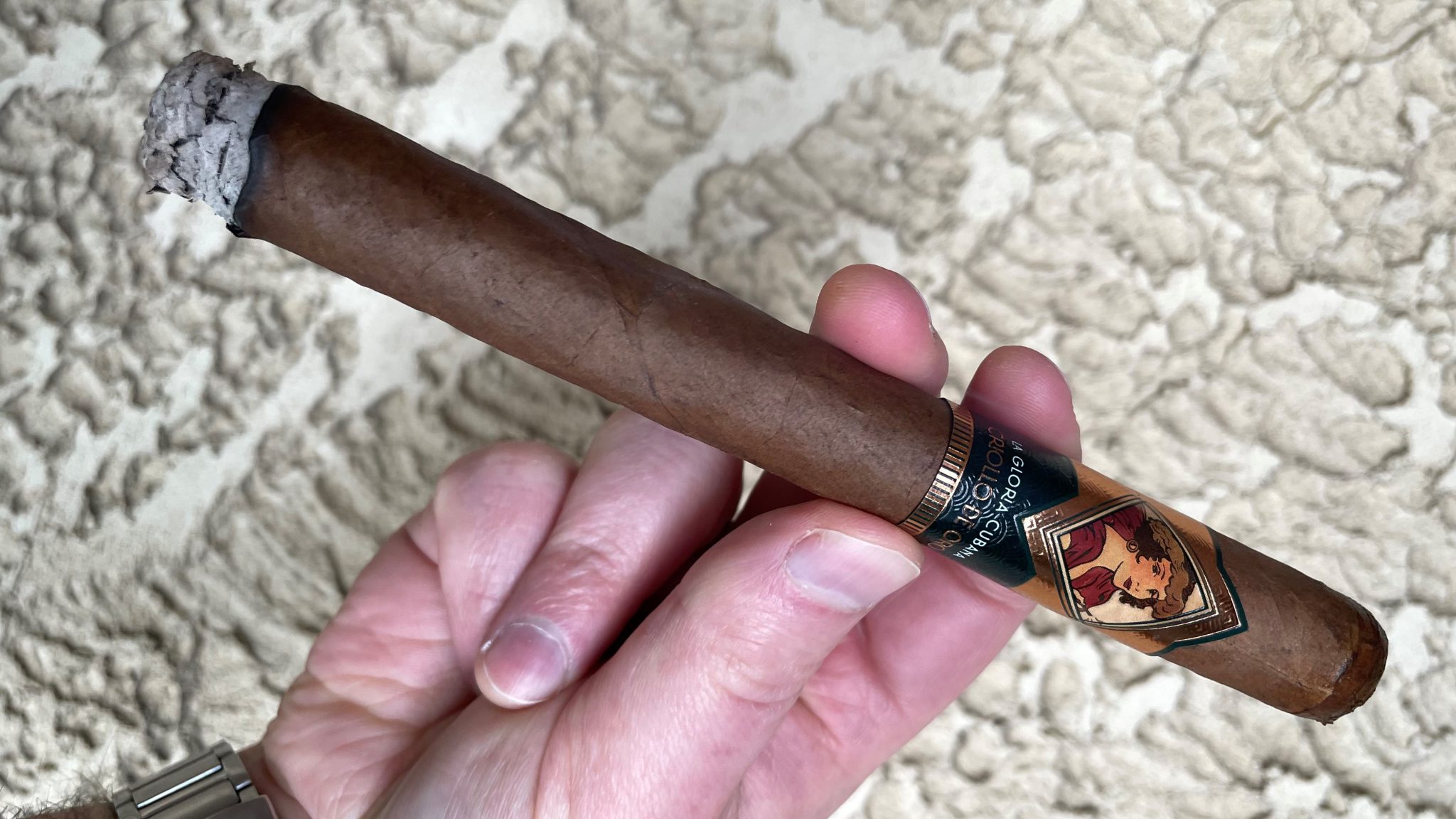 Wow. Lots of flavor from Criollo de Oro up front. A dash of vanilla with ample waves of pepper and spice. Out of the gate it’s already beyond medium-bodied. I’d put it at the higher end of that – almost full-bodied territory. I’m getting flavors of orange peel, earth, and pepper with a blanket of cedar in the background. Even though it’s a little brawnier than I expected, it’s not really overpowering.

Some of the power has tapered off, but it’s still inching toward medium plus. The flavors here haven’t changed, but that emphasis on them leans sweeter. The cedar is up front now whereas the citrus and pepper have taken a back seat. The vanilla is sadly gone, but there’s plenty of natural tobacco sweetness left to keep everything balanced. I’m tasting traces of salt and dark wood here and there, but nothing long enough to list as a primary flavor – but there’s certainly some nuanced complexity. 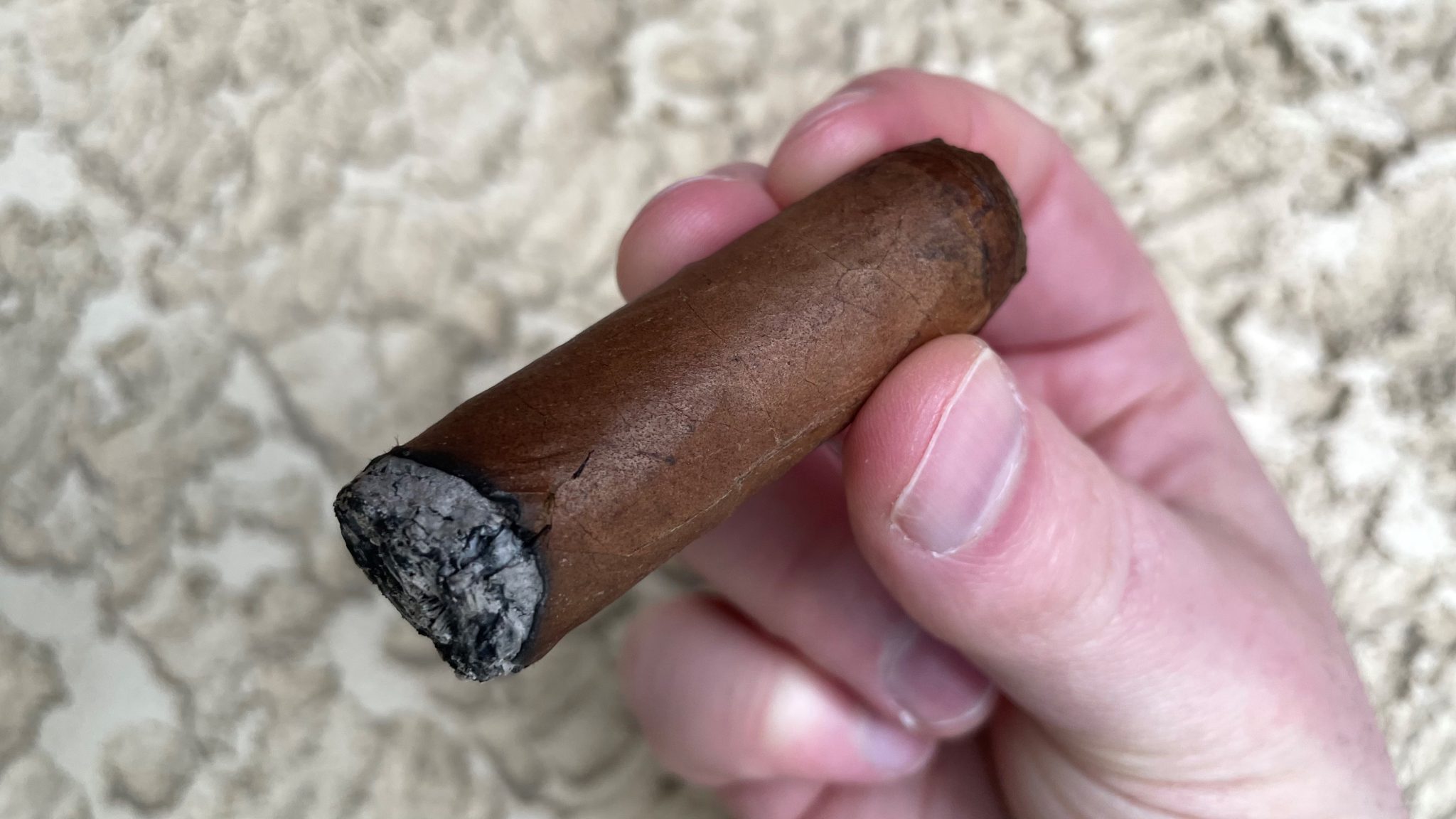 Criollo de Oro’s strength picks up again in the final third. It’s probably the strongest part of the cigar – full on full-bodied at this point. Depending on your palate, you might find the blend to be medium-bodied, but I think more smokers would call if full. At least medium plus. But it’s still not overwhelming my senses. I’m getting more pepper and spice, and a little less sweetness, but Criollo de Oro is certainly no bomb. No waivers needed, here!

With all the brawn that LGC Criollo de Oro is packing, it’s a bourbon lover’s dream. Lots of sweetness and spice to complement your favorite selection. If I were to recommend one, I’d say Bulleit for being both price-friendly and smooth. 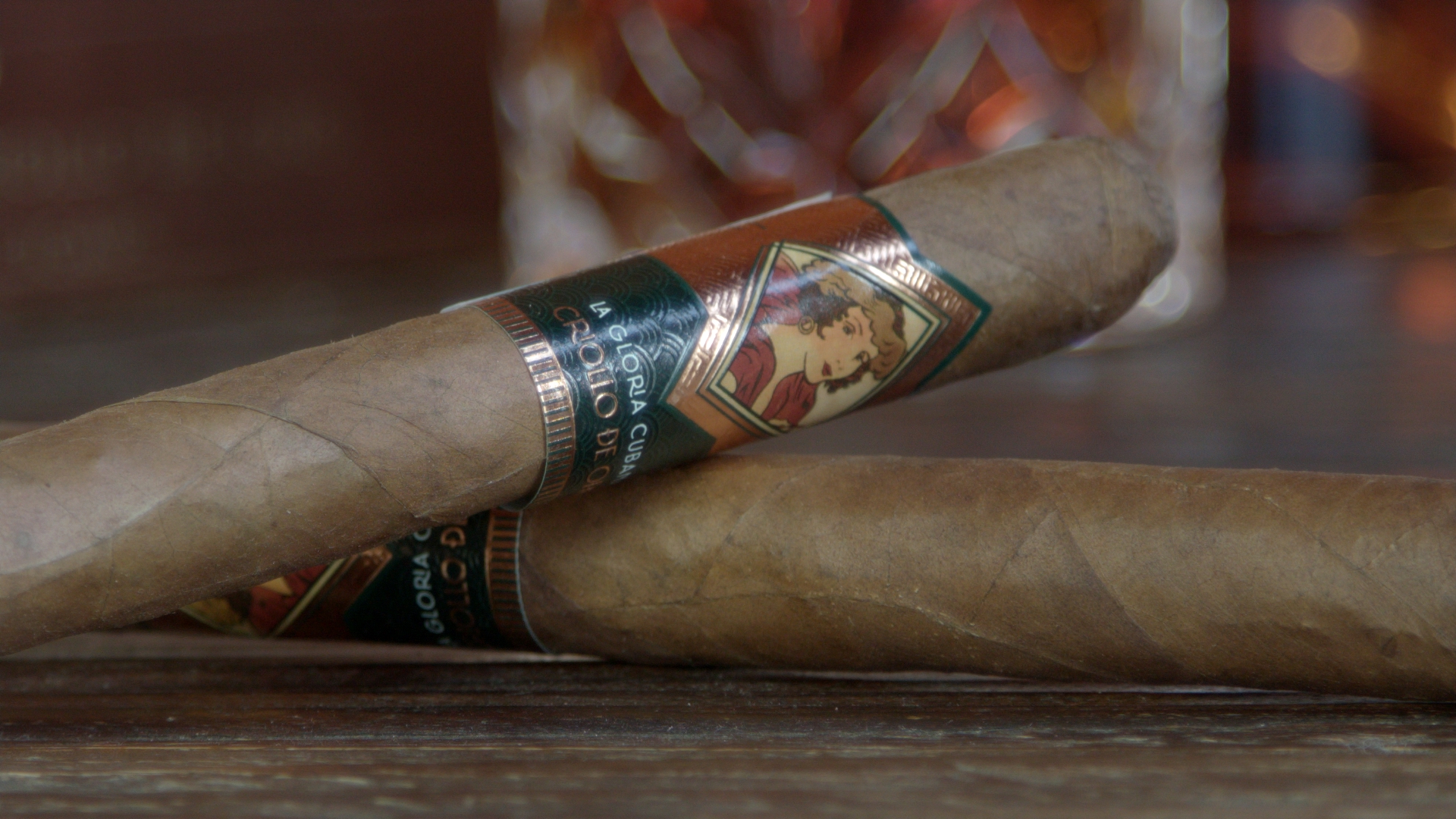 Absolutely. Criollo de Oro has a price and flavor that exceed my expectations and that’s all I can honestly ever ask for. I still wouldn’t put it ahead of LGC Medio Tiempo which both costs less and in my opinion tastes better – but the differences are both subjective and marginal. Maybe try both and see which one belongs in your humidor.

Reading Time: 5 minutes Don’t worry, we didn’t load this one up with “Monster Mash” and the like, but we do have some tunes from Van Halen, A Silent Film, and more, along with cigars from Foundation Cigars and La Flor Dominicana. Sit back. Plug in. Smoke. Listen. And Relax!