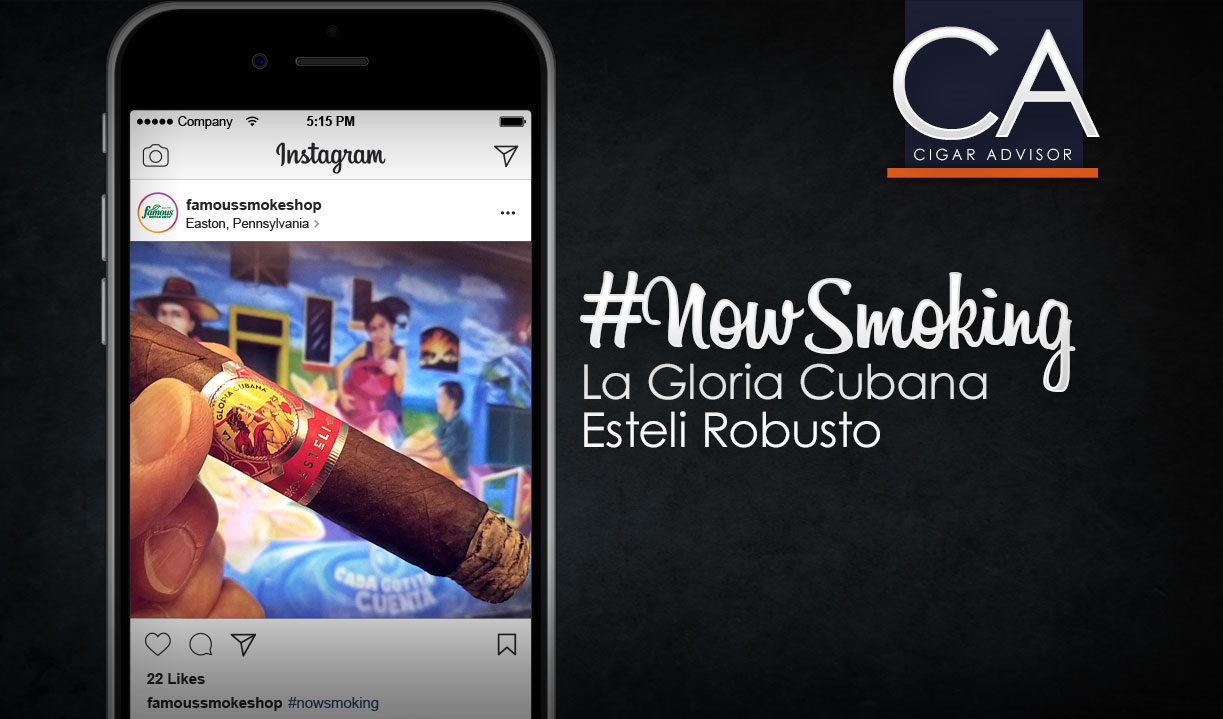 Where it’s at: Closer in size to a traditional Rothschild, the La Gloria Cubana Estelí Robusto makes up for its shorter length with a 52-ring. The cigar started with an earthy, leathery cold draw and some subtle sweetness. Once clipped, the draw opened up allowing for an effortless flow of smoke through the head and foot.

The first few puffs were smooth and creamy with a well-balanced mix of sweet and peppery spices on a long, spicy finish. The cigar burned well with a slightly wobbly carbon line that revealed a very firm, grey & black striped ash. Caramelized flavors of oak, sweet spice, cashews, and a note of white pepper made for an impressive opening act.

By the end of the first inch the pepper faded leaving a mostly spicy smoke with some sweetness and a smack of espresso on the finish. At this juncture the smoke was balanced and medium-plus in body with a mostly sweet-spicy profile. Time to shift gears. . .

At the midsection, earthier notes began to take over, and the body revealed more depth, shifting from medium-plus to full-on full. Some sweetness coursed just below the more dominant flavors of oak, earth, and espresso. The dense smoke continued on its smooth course, while a retrohale revealed a less-peppery-than-expected taste with a charry note of oak.

I would describe the La Gloria Estelí as a really SOLID cigar. The profile is very hearty, markedly complex, and not overly sweet, which is interesting, since Jalapa leaf is known for its sweeter taste, and some of the LGC Esteli Robustos I’ve had prior to this review were sweeter in flavor.

Suffice it to say. . . experienced enthusiasts seeking a complex cigar that chugs-away with deep, dark, tobacco flavor will really appreciate this little number.

P.S. For more opinions on this cigar, watch the Cigar Advisor Panel review of the La Gloria Cubana Estelí Robusto.

Reading Time: 5 minutes Have a question about your dentures and how cigars affect them? We sat down with someone who can help. Click here to find some tips and tricks to make things easier.