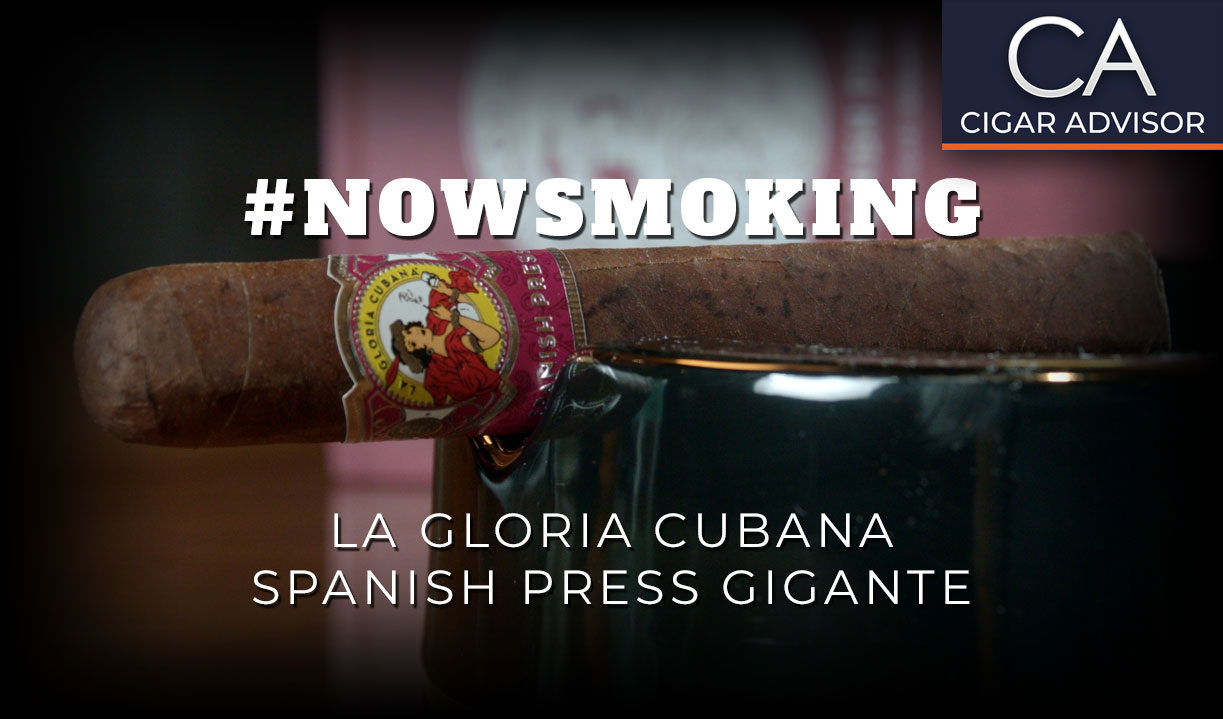 In a move to combine the past and present, La Gloria Cubana Cigars have released the La Gloria Cubana Spanish Press selection. The cigars feature an old-world-style Spanish pressing technique while also boasting the iconic brand’s new, modernized logo.

The cigars are handcrafted in three sizes at the famed El Credito Cigar Factory in Santiago, Dominican Republic. Their multination blend consists of tobaccos from Nicaragua, Mexico, the Dominican Republic, and Brazil. A striking reddish glow beams from their Jalapa wrappers and the box pressing is applied in the most traditional manner. 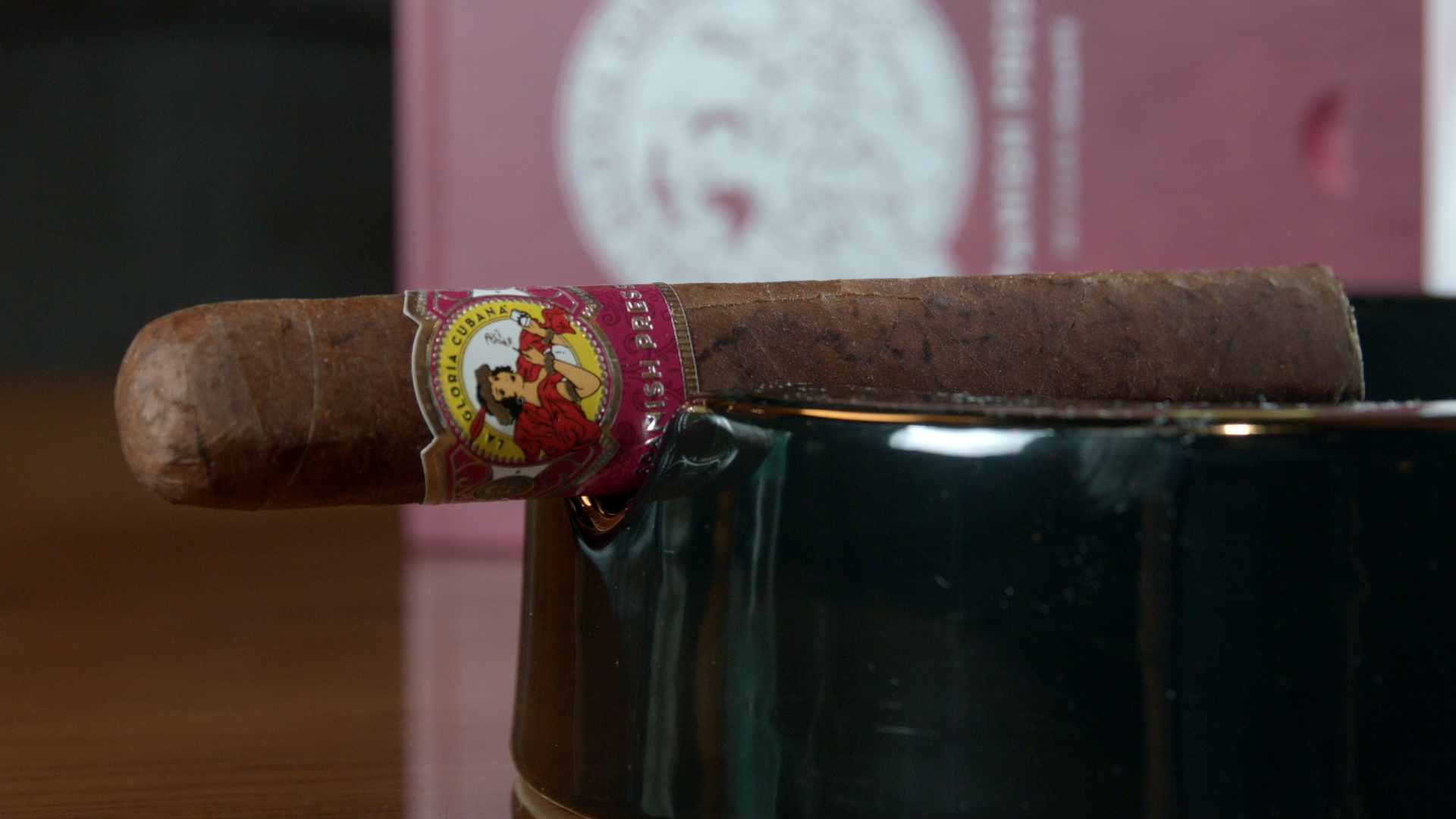 El Credito Production Manager, Yuri Guillen, said, “This method eliminates air pockets to deliver an optimal draw and output of smoke, resulting in an enhanced smoking experience. We developed a very special blend to showcase our unique technique, and believe we have delivered a fantastic addition to the La Gloria Cubana portfolio.”

Perfectly. The Gigante is a hefty cigar that boasts a leathery Nicaraguan wrapper with some slight mottling and an attractive reddish patina. The pressing is excellent, showing slightly-rounded corners, no soft spots, and the head has a pristine three-seam cap. The cigar also features twin bands. The top band boasts new-fashioned La Gloria Cubana artwork, while the secondary band reads, “Spanish Press.” Clipping the cigar with a double blade cigar cutter, the pre-light draw revealed salty, sweet, and light, leathery flavors.

Like a dream. Its size takes a little longer to toast and light, but I suggest you take your time to get it going well from the start. Smoke pours out of this cigar in droves with an equal measure of creaminess with a medium body. Some very light pepper remains on the palate in the early stages and fades in the second act. The smoke also dares to cross the full-bodied borderline in the last couple of inches. Overall, the cigar is cool, creamy, and perfectly-balanced on a medium-length finish. 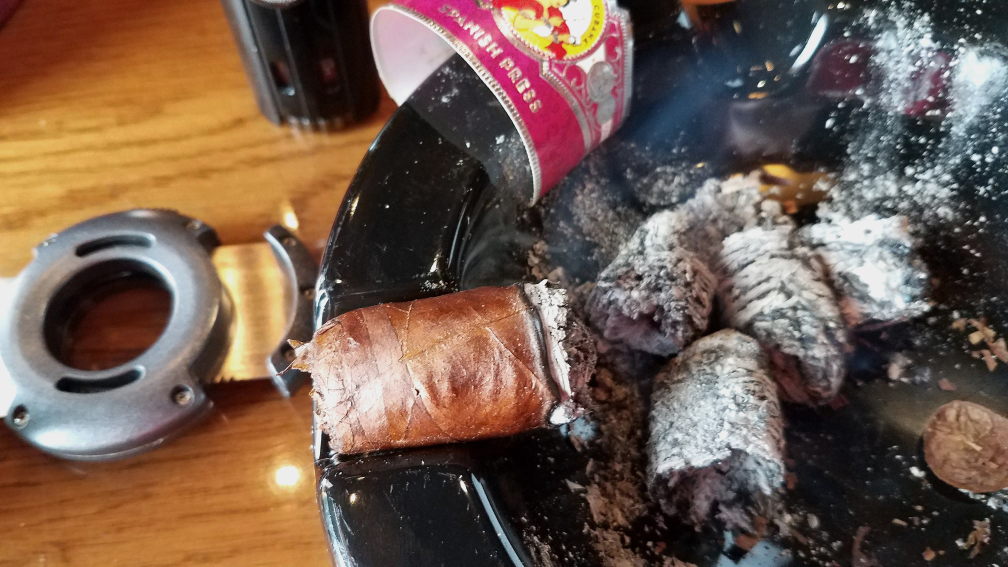 Earth, sweet spice, cedar, and light pepper prevail through most of the smoke in equal measure.

I think most cigars smokers have their own individual way of defining a complex cigar. This Spanish Press revealed few major change-ups, if any. For my money, a combination of three or four refined flavors huddled together throughout can take on even the most complex cigar. Suffice it to day, the Spanish Press Gigante fell into the latter category.

Besides coffee and espresso? I would like to see how the Spanish Press pairs with a good Tawny Port. Bourbon would also be a natural match for this cigar. 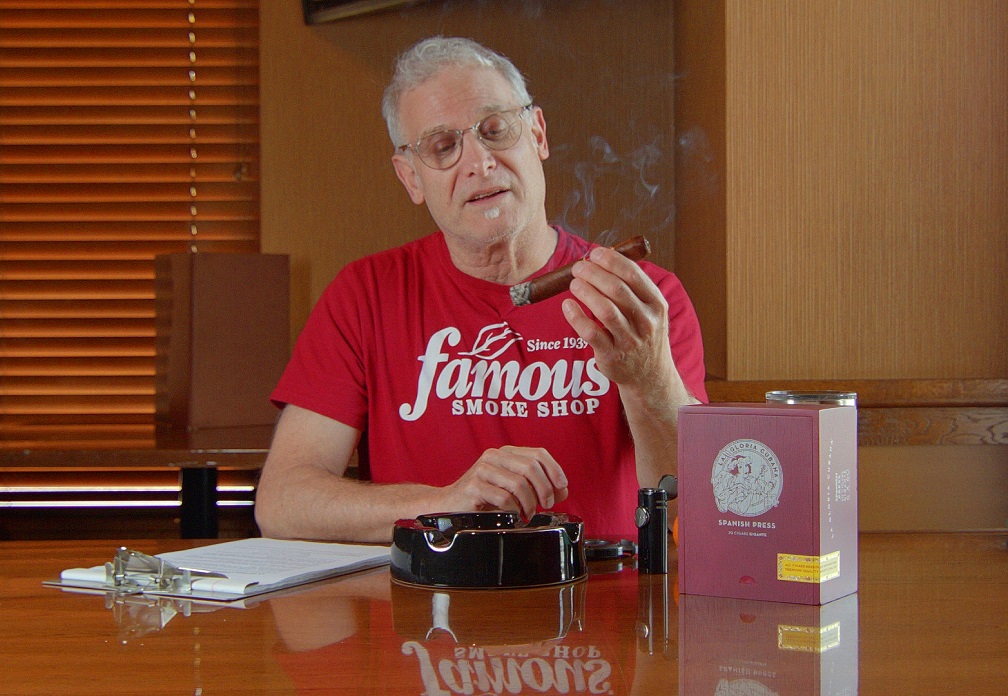 I can tell you who it isn’t for – anyone who doesn’t smoke anything bigger than a 50-ring. Then again, I rarely smoke 60-ringers, but the box-press trimmed-off enough edge to make it comfortable. (Of course, there are two other thinner sizes available which will have different flavor properties.) In terms of its strength and flavor profile, the Spanish Press Gigante should prove approachable enough for just about any cigar smoker.

I’d say so. This cigar is extremely well-crafted with a very savory flavor profile. Plus, with an MSRP of $7.99 (at press time), you get a lot of cigar for the buck.

Reading Time: 4 minutes An Open Letter to the Premium Cigar Industry – this is why Famous Smoke Shop will no longer support the PCA, or attend the 2020 trade show.

Cigar 101: Cigars for Smokers with Dentures

2019 CA Report: The Best Cigars for Morning, Noon and Night