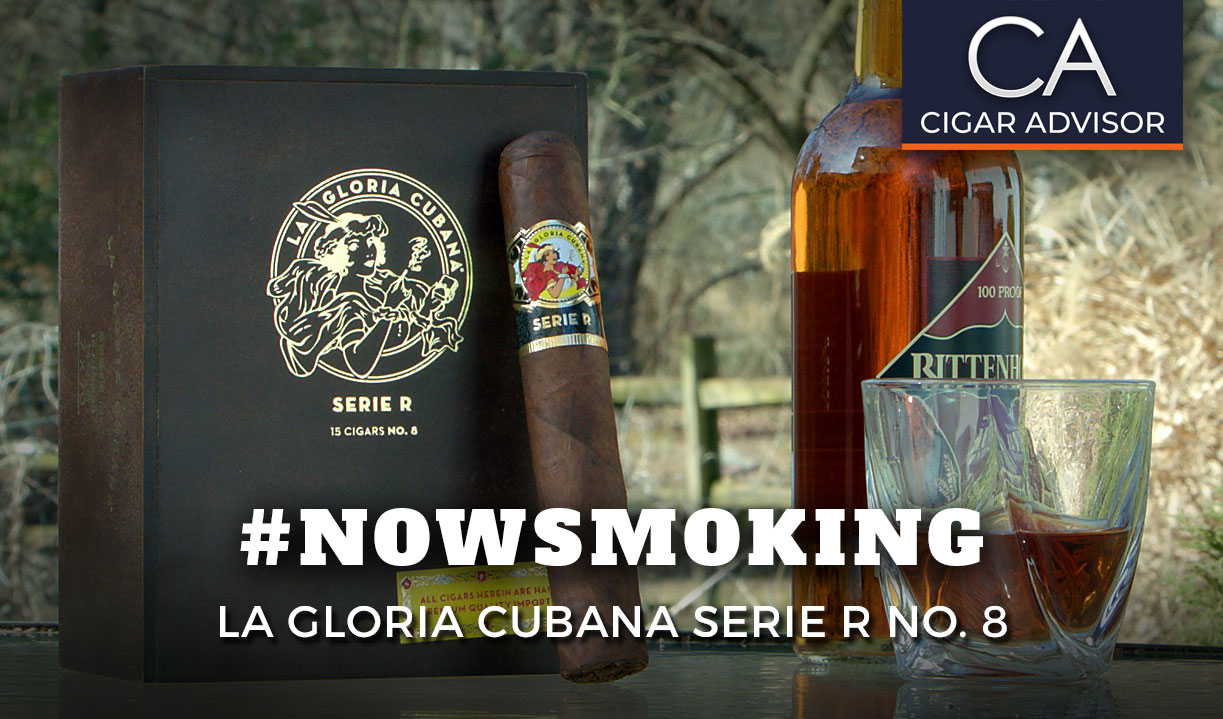 Presented in boxes of 15

The La Gloria Cubana Serie R No. 8 Cigars Back Story 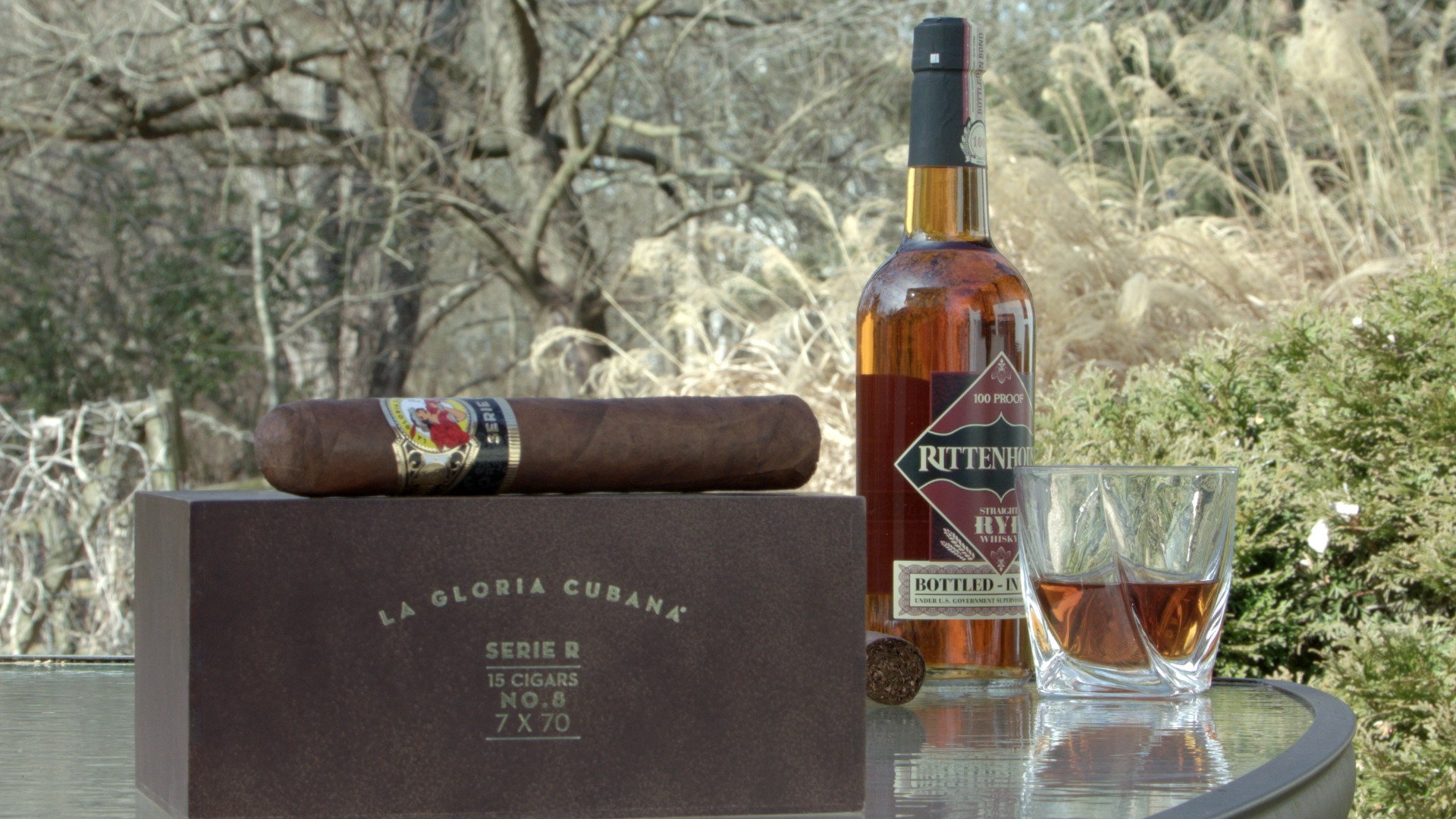 Handcrafted in the legendary El Credito Cigar Factory at General Cigar Dominicana in Santiago, and distributed by the Forged Cigar Company, the Serie R No. 8 has also been designated as a full-time, regular production cigar for the La Gloria Cubana Serie R stable.

Construction: Well-packed with a well-balanced feel. Neatly rolled, the wrapper has an attractive reddish brown color with a nice triple seam cap, and familiar Sumatra leaf vein pattern.
Cold Draw: Excellent air flow with a sweet and nutty taste.
Base flavors: Nutty with toffee, cedar, leather, and subtle spices.
Aroma: Sweet-spicy.
Burn & Ash: The cigar lights well, but it could take some time (I suggest toasting the outer edge first and working your way toward the middle). The burn is even and reveals firm, almost solid grey ashes. 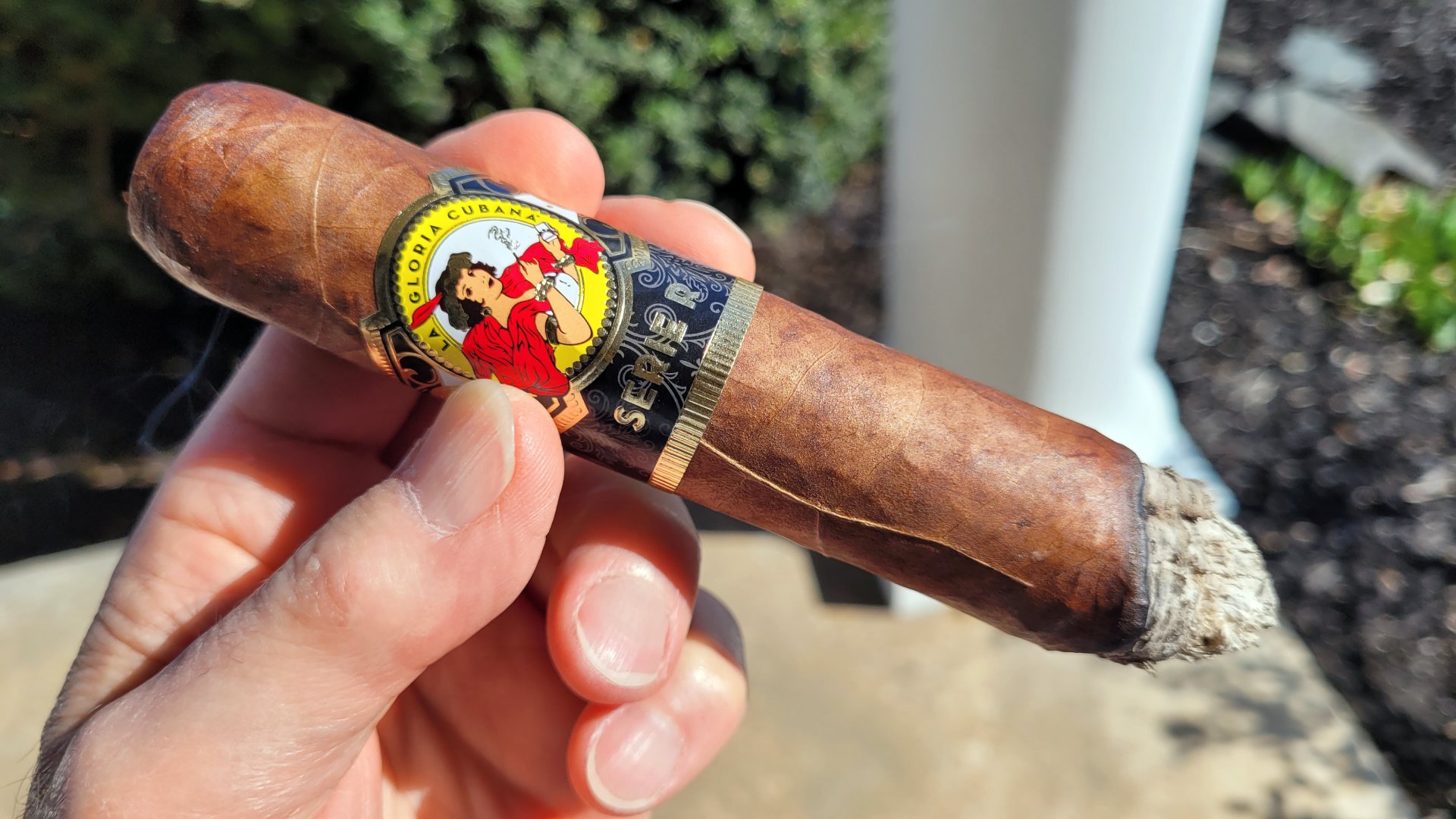 A mellow, nutty, and sweet tobacco flavor out of the gate. The smoke was smooth and cool, with some subtle spice on a long, semi-dry finish. At the one inch mark, the smoke turned medium in body issuing a nutty, cedary, and toffee-like sweetness. The aroma came off mostly as a sweet n’ spicy fragrance. 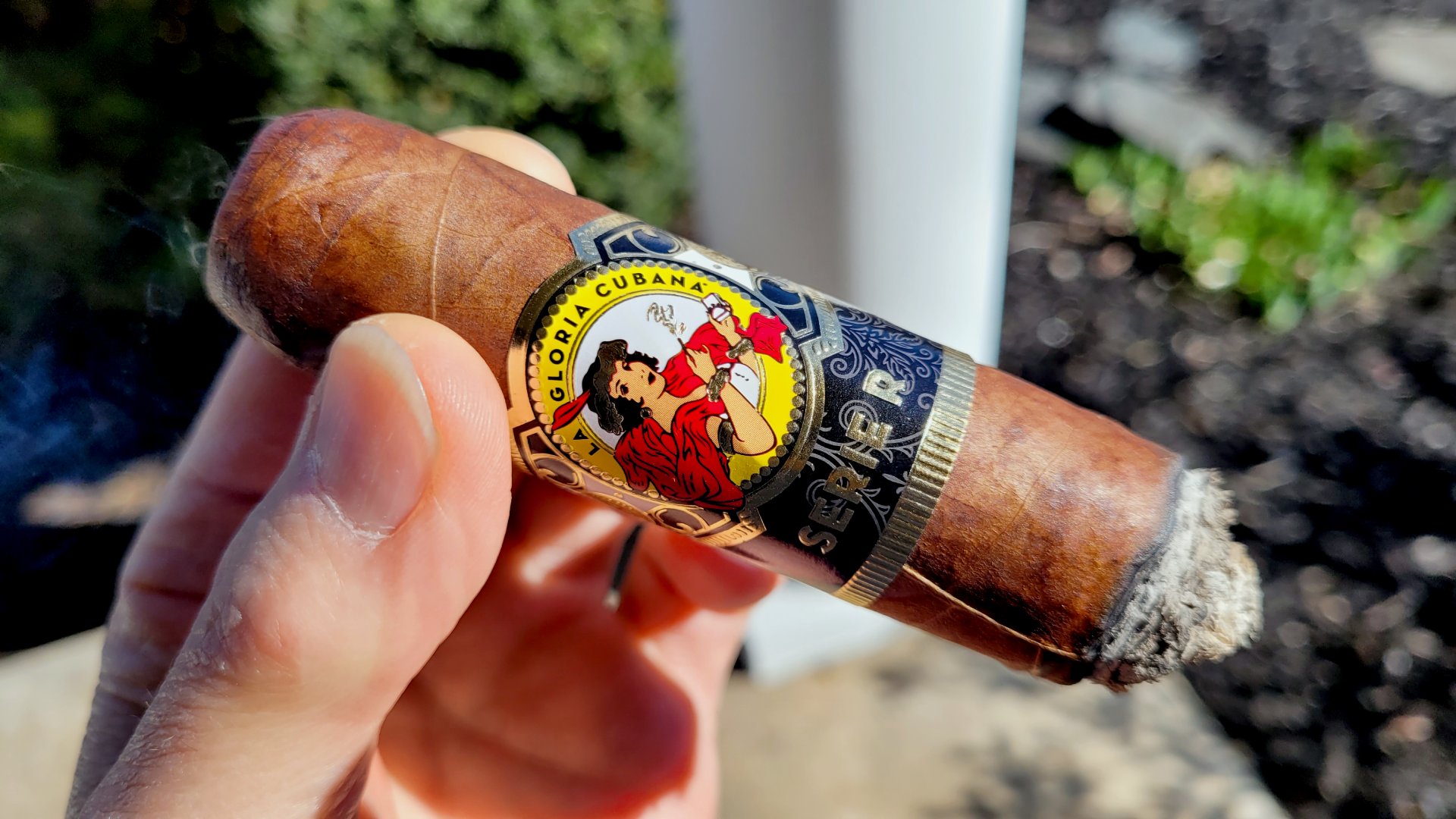 Here’s where the flavors became a bit sharper and more defined. The nuttiness, sweet toffee, and cedar remained as a note of leather arrived. The strength picked-up here too, while the smoke remained smooth and well-balanced. By the end of this section the cigar had burned well for 90 minutes. 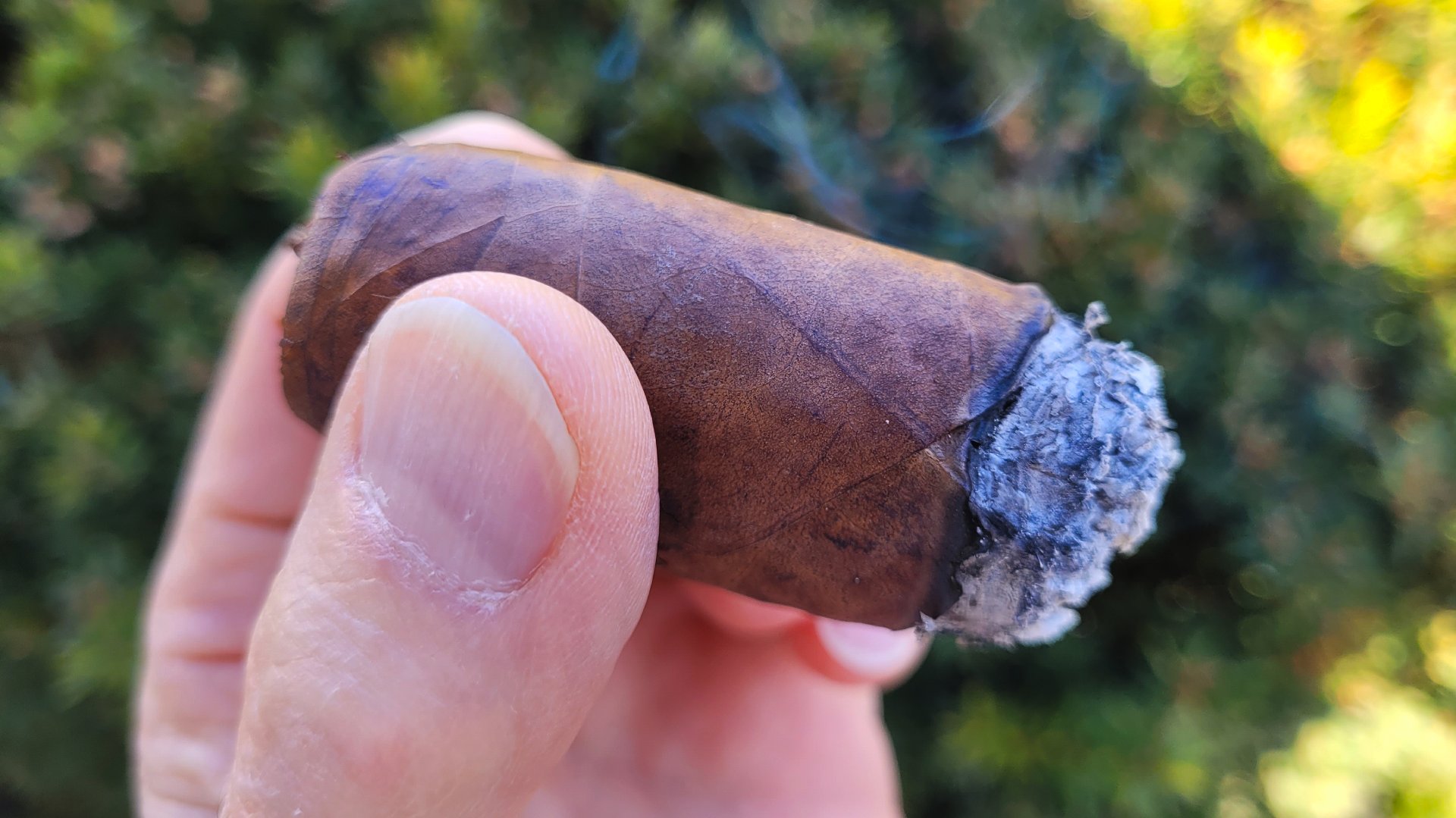 At this point the cigar turned the full-bodied corner as the flavors turned a bit sharper. The cedar flavor took on a more charred taste, but the toffee sweetness and the leather forged ahead. Additionally, the cigar was still burning evenly with a cloudy smoke output. Total burn time was just over two hours (your mileage may vary) with just under two inches remaining.

What whiskey pairs well with the La Gloria Cubana Serie R No. 8 cigar? 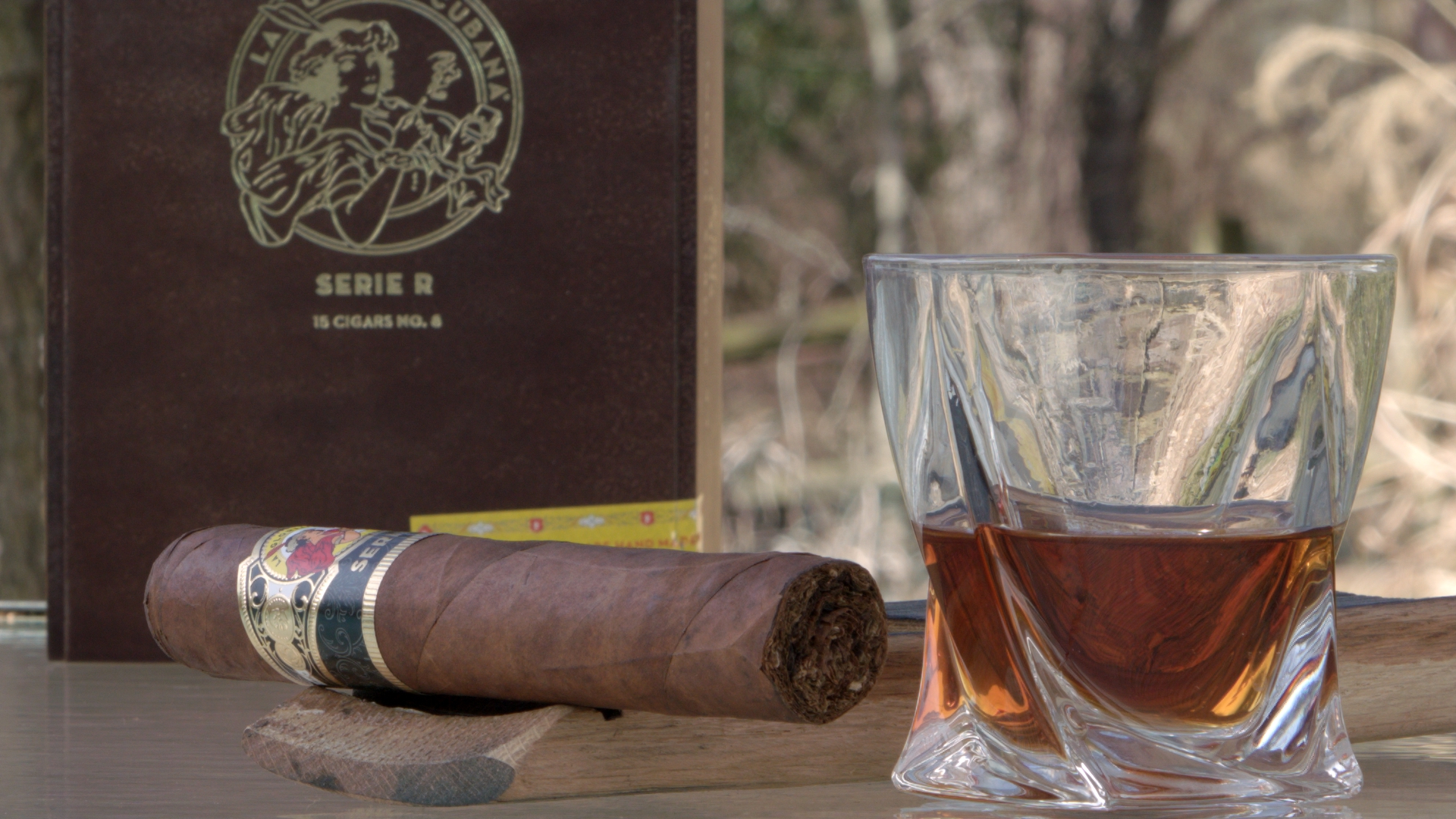 Lighter ryes or bourbons to keep them from obscuring the flavors in the cigar. For wine fans, a Pinot Noir should complement the smoke by adding some nice earth, fruitiness, and additional spice to the mix. For more combinations, see our Cigar & Spirit pairing guide.

Is the La Gloria Cubana Serie R No. 8 cigar worth smoking?

Since I don’t normally smoke cigars of this size, it took me a little while to adjust to this 70-ringer. Yet once I did, it felt balanced in my hand. It also had a combination of flavors I like, never became too strong, and performed well on all counts. If it hadn’t I wouldn’t have smoked it as far as I did. So, taking all that into account the La Gloria Serie R No. 8 is worth trying; that is, if you’re a more experienced smoker who genuinely loves big ring cigars.