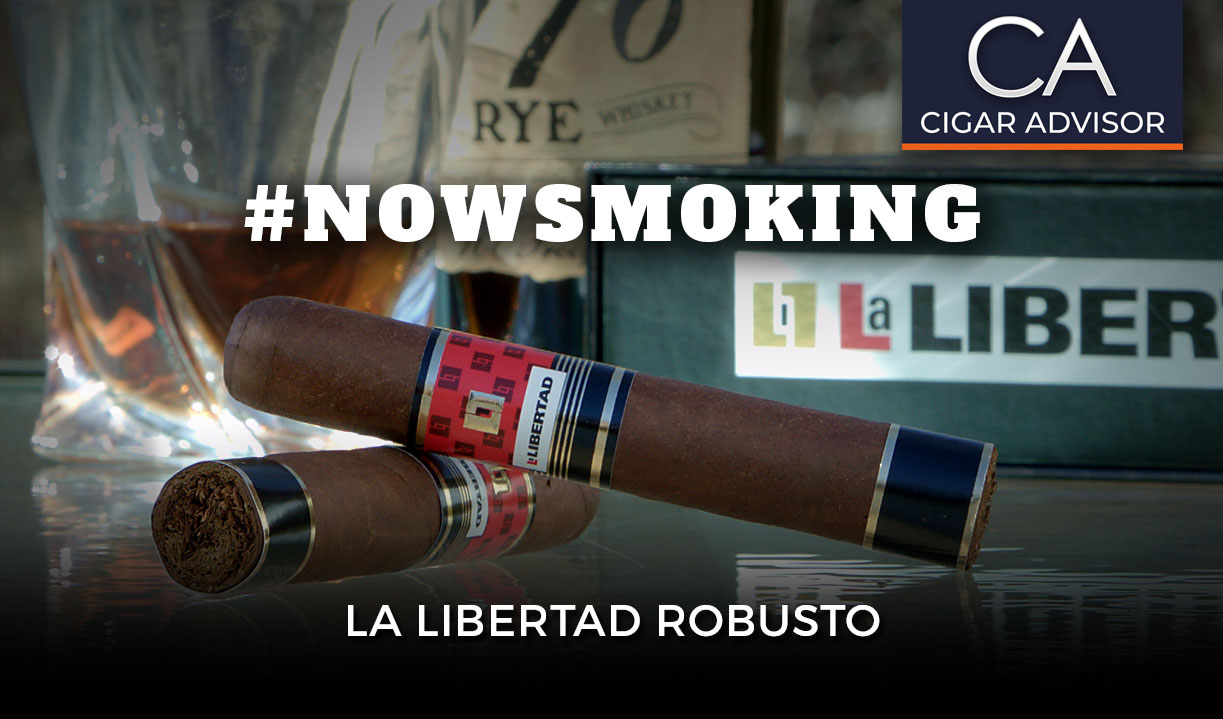 In August of 2021, Villiger Cigars announced that it was giving its La Libertad line a new look and moving production to its new factory, Villiger de Nicaragua. And what a long, strange trip it’s been, too for this line. The Villiger La Libertad selection originated over a decade ago in two factories: Plasencia in Honduras and ABAM in the Dominican Republic. The idea was to offer different blends to different markets. Then, in 2019 Villiger gave the brand’s image an upgrade by revamping the band graphics. 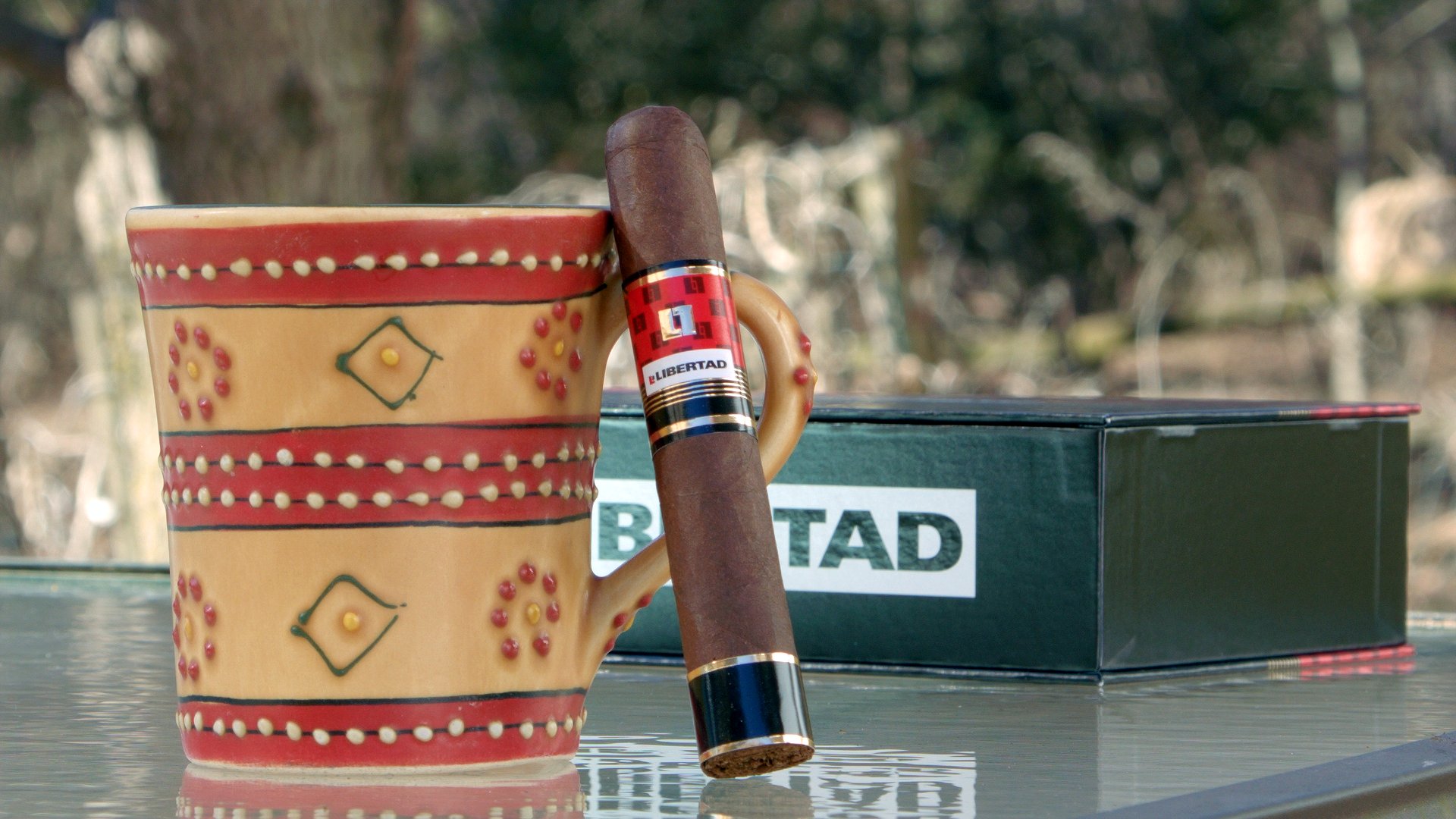 Now all of that has changed. In October of last year, with operational help from Joya de Nicaragua, Villiger finally opened their new factory. The La Libertad blend was tweaked and the line was pared down to three shapes: Corona, Gran Toro, and Robusto. The packaging was also updated with a striking red, black, and white color scheme, and the black foot bands give each vitola an additional touch of class. 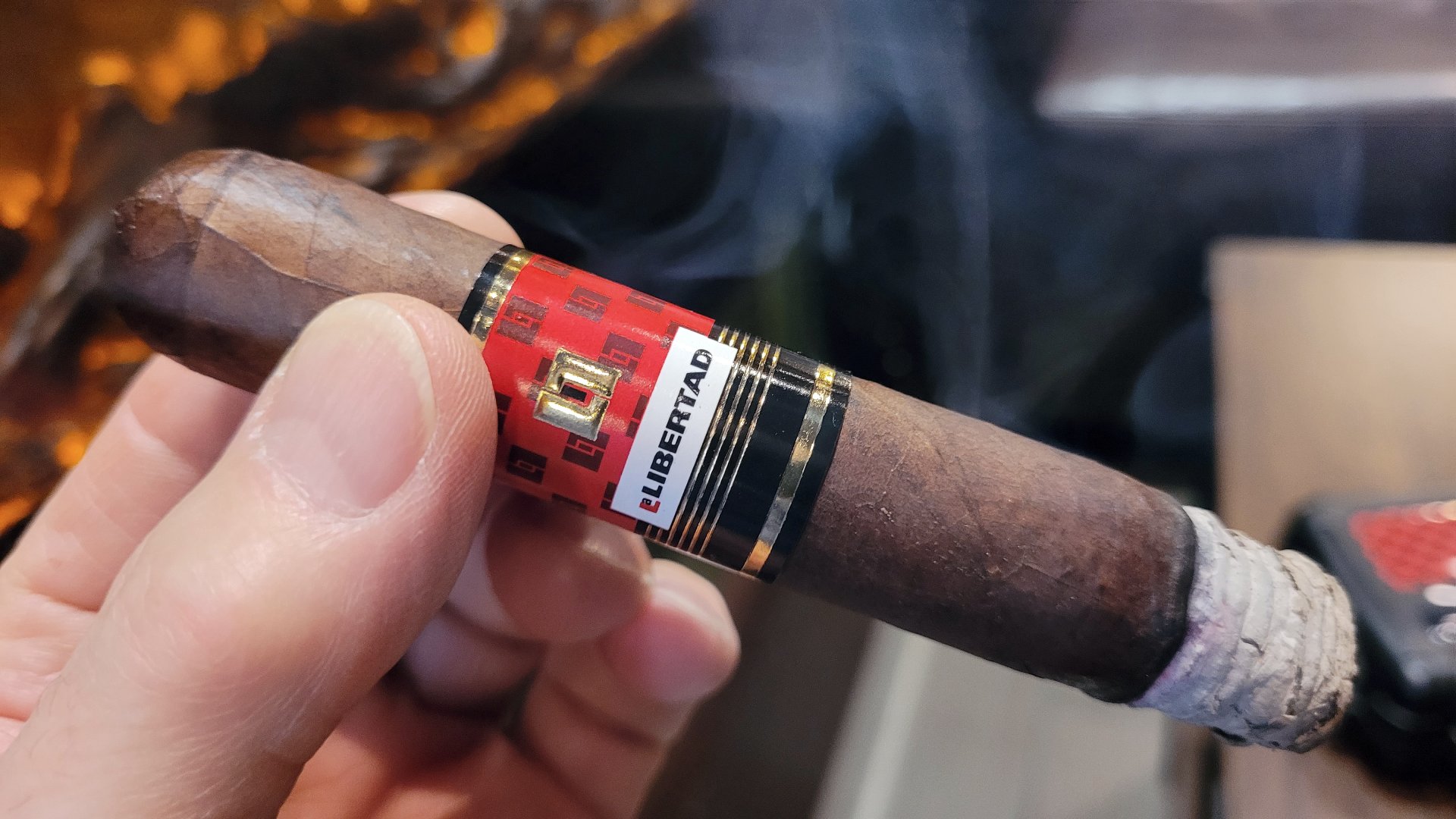 The session began with tart fruit, sweet notes, and a firm draw. Once the cigar settled-in at about the half-inch mark, a leathery note jumped in for well-balanced mix of leather, fruit, and sweet tobacco. The smoke was also impressively smooth with a medium body and a fairly long finish. By the middle of the first third some nutmeg and cedar arrived, at which point, everything just snapped into place. 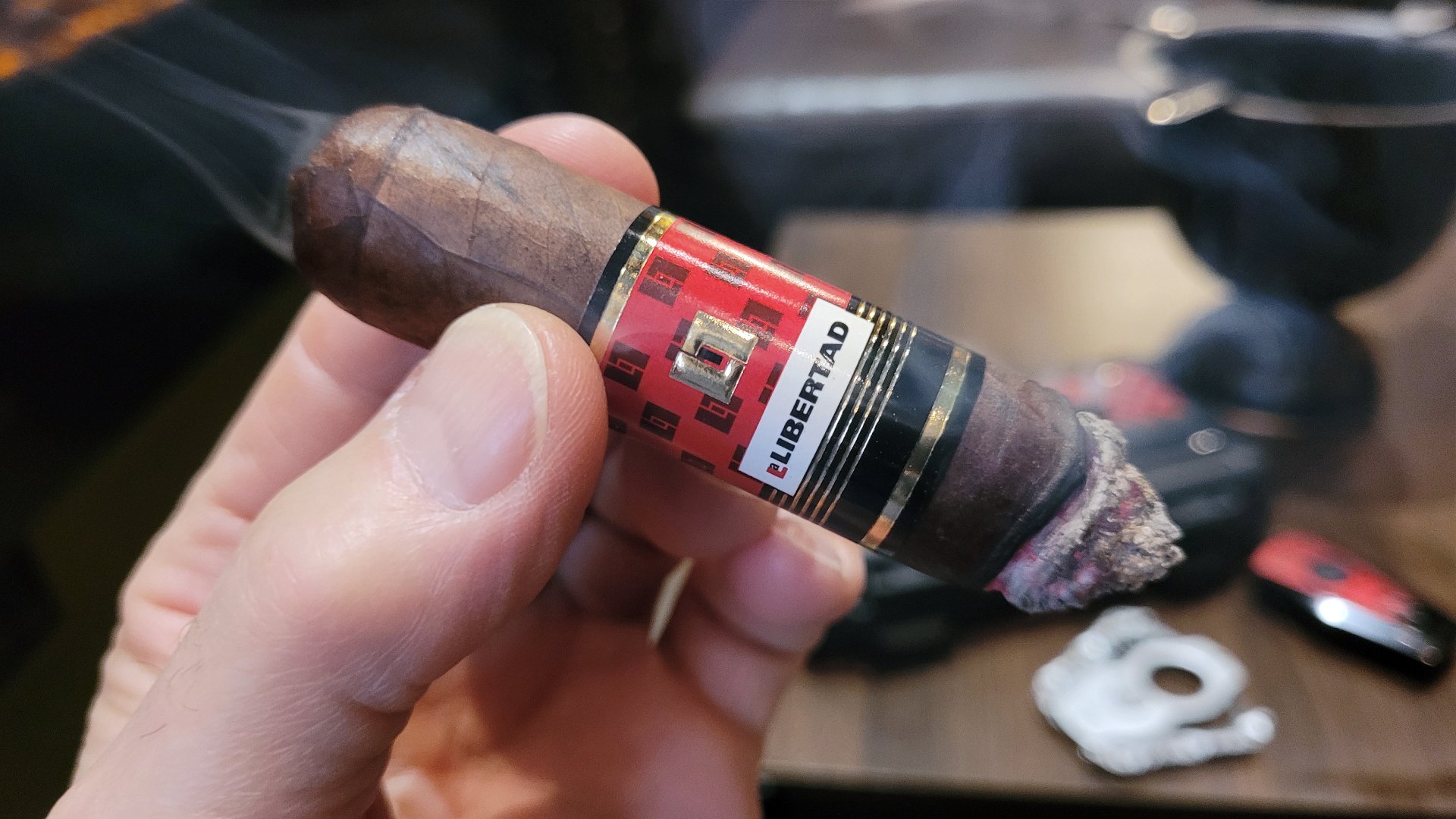 At this point the flavors continued to sail along nicely. I also noticed that this Robusto is a slow burner. The lead flavor note continued to be tart fruit which melded nicely with the leather, sweet tobacco, and sundry baking spices. (Imagine the sweet spot of the cigar running right through the entire midsection.) Yet as it inched toward the final third, the strength began to pick up. 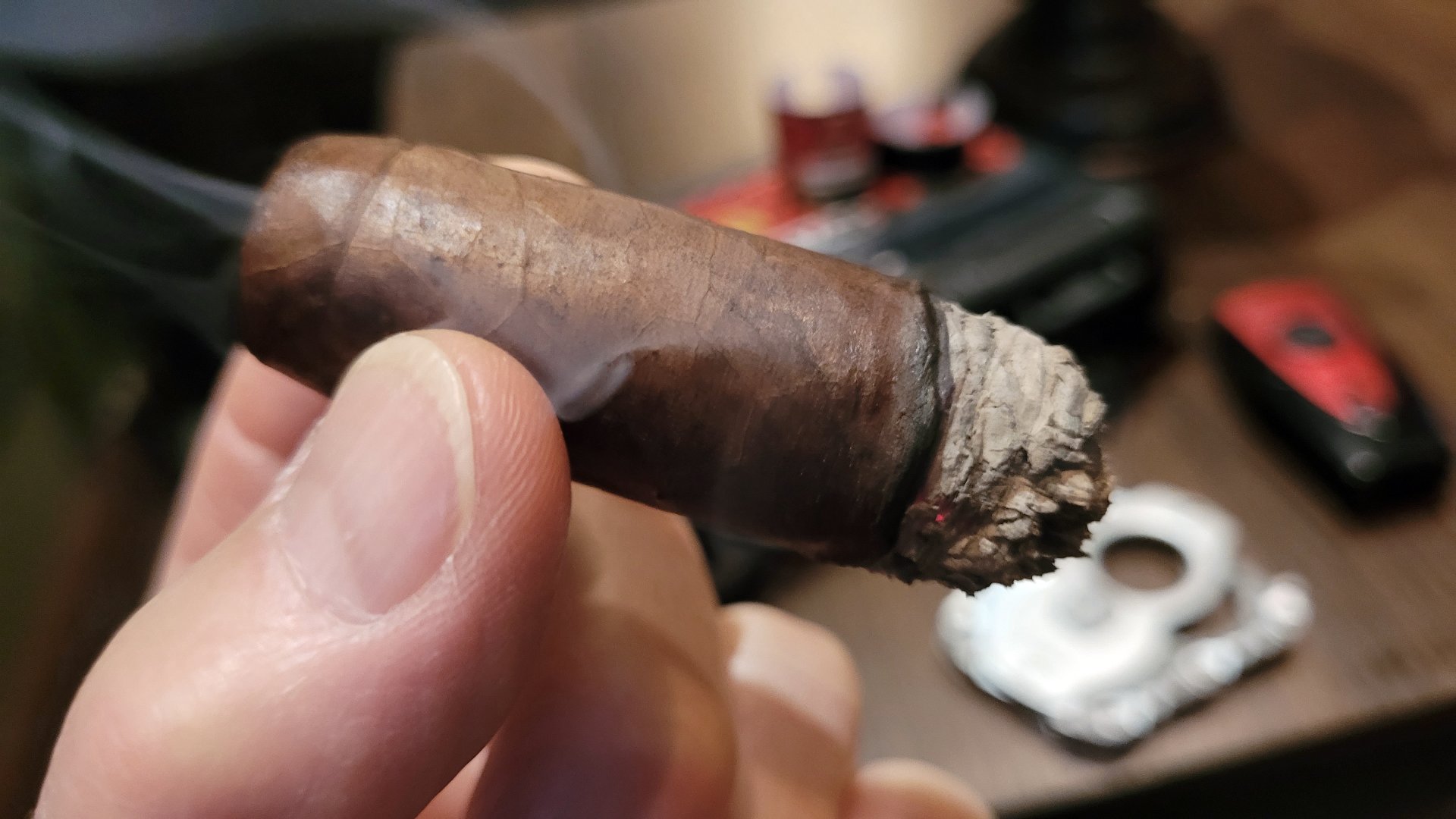 The flavors transitioned to a darker end of the spectrum with the body shifting to medium-full. Here the cigar took a bolder turn, while remaining consistent in flavor, balance, and smoke output. The best of it stopped just short of the last inch-and-a-half, and so I left it there.

What whiskey pairs well with the La Libertad Robusto? 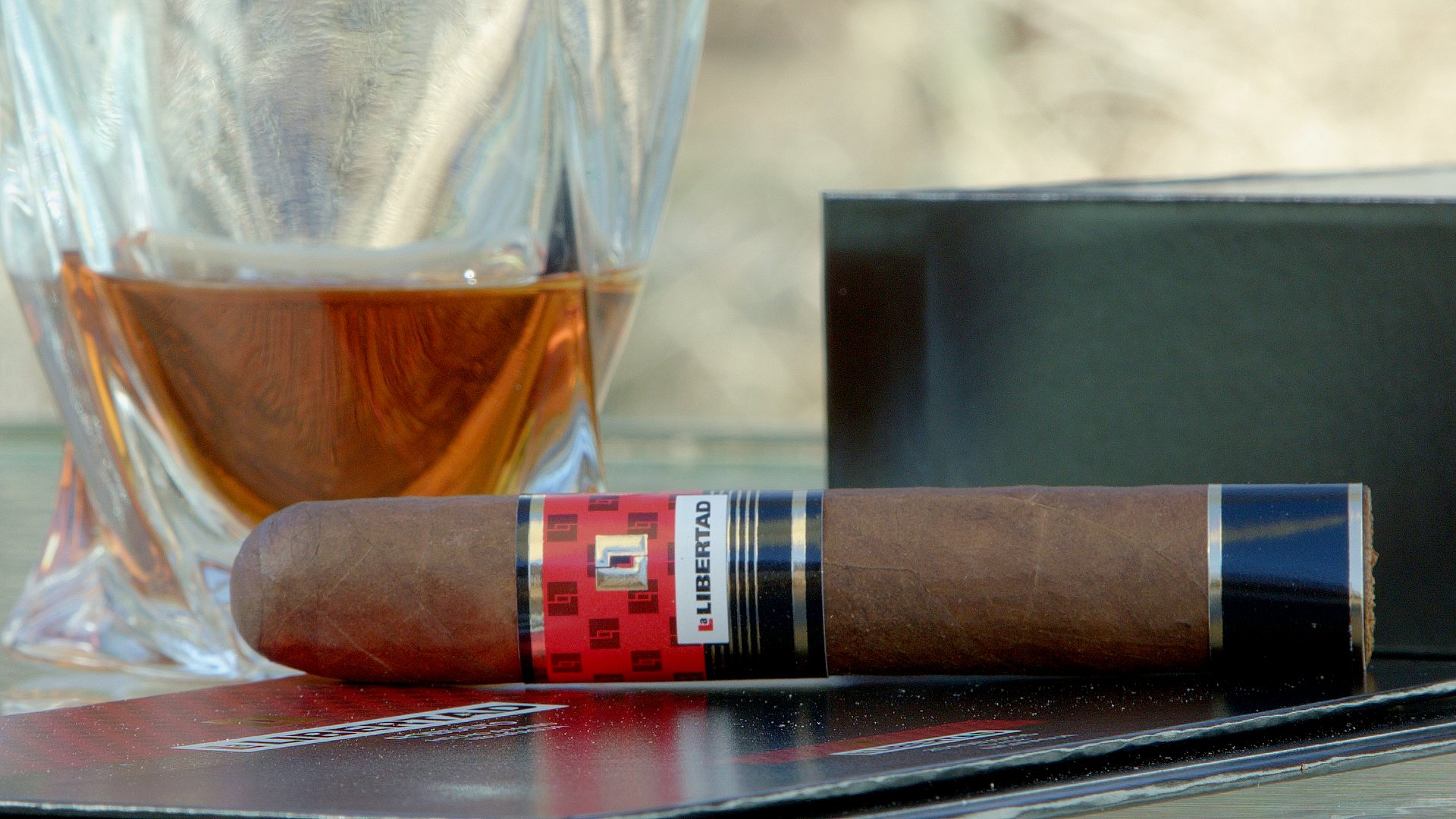 I think La Libertad Robusto would probably pair well with just about anything be it with alcohol or not. Villiger suggests an Old Fashioned made with Jack Daniels Single Barrel Barrel Proof whiskey. For more combinations, see our Cigar & Spirit pairing guide.

Is the La Libertad Robusto cigar worth smoking?

Absolutely. As I said in the video, this was one of best cigars from Villiger I’ve had the pleasure of smoking. The new Nicaraguan-forward blend is smooth, relaxing, and mostly medium in body with a bold attribute that stops well short of full throttle. The La Libertad Robusto also has a refined, artisan-caliber side to it that reminded me of cigars like Crowned Heads, HVC, and Joya de Nicaragua. If you like top drawer Nicaraguans you’re going to be very pleasantly surprised.

Finally, with cigar prices on the rise, based on the quality of the tobaccos, the flavor profile, and its overall performance, the La Libertad Robusto is a really good value. And there you have it.

Read More
Cigar Buying Guides
Before the rise of big names like Don Pepin, AJ Fernandez and Drew Estate, there were the great classic cigar brands we smoked - cigars that have stood the test of time through today. Go back to your cigar smoking roots and rediscover these classic cigars, and what gave them legend status in the first place. Read now!
Read More