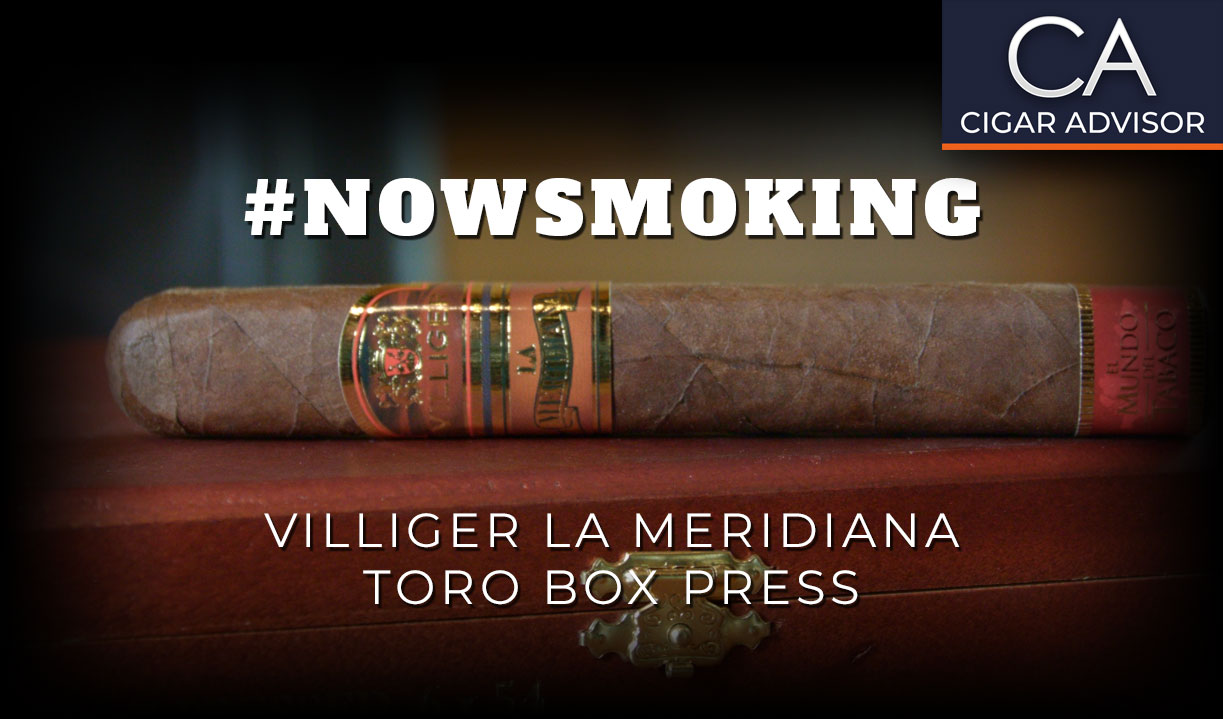 Villiger La Meridiana cigars were conceived by Heinrich Villiger as a personal tribute to an important piece of Cuban cigar heritage – the La Meridiana cigar factory – in its day, among the biggest and most popular fabricas in Havana. Owned by Pedro Murias, La Meridiana took up an entire block of Havana’s Calle Agramonte. The Murias name stood for premium quality, and was responsible for a number of highly reputable Cuban cigar brands.

Unfortunately, the final years of the Cuban War of Independence (1895-1898) created an economic crisis that took a huge toll on the cigar factories. Tobacco was in short supply and the factories suffered repeated strikes. So, shortly after the war ended, a virtually busted Murias sold the factory to Henry Clay and Bock Ltd, in London.

Fast-forward 100 years when Villiger introduced the La Meridiana cigars selection to Europe in 1998. Created by Heinrich Villiger, who loved everything to do with Cuba, Villiger learned about Murias and the rich history of La Meridiana during one of his many trips to the island. So inspired by the story, he decided to create an elegant, full-flavored cigar, that would pay respect to Pedro Murias and his long lost factory.

The La Meridiana cigar created such a buzz in Europe, Villiger figured it was time American cigar smokers got to enjoy them. Using an all-Nicaraguan tobacco blend in which the wrappers are subjected to an almost four year aging process, the result is a creamy, medium-bodied cigar with plenty of depth, flavor, and aroma.

Well done. The cigar is solidly-built with an attractive pressing and the wrapper has a slight reddish tint. The triple seam cap is neatly fashioned and virtually seamless where it meets the shoulders. After cutting, the draw was perfect with a note of leather and light spice.

Creamysville. This cigar puts out gobs of dense, creamy smoke that breaks in waves over the palate leaving traces of earth, pepper, [salty] leather, and sweet tobacco in the first stage with a pleasant aroma. The burn was off early on, but later righted itself, exposing a firm light grey ash. At the midsection, the well-balanced flavors opened up further, revealing notes of oak, vanilla caramel, even sweet tobacco, and sweet spices. By the third act, the smoke volume was akin to a creamy tornado, sucking up every flavor in its path and scattering them over the entire palate.

There’s a lot going on here. Starting with some light earth and pepper, the flavors turn to a mix of leather, oak, hazelnuts, and sweet spices, like nutmeg, and caramel. The retrohale, also creamy, carries just a whiff of pepper and leather, so if you’re expecting any sting, all bets are off.

Even though flavors pile-on as the cigar progresses, there are no abrupt changes. The layers are so homogenous, any change-ups that take place may be too subtle to notice (Your mileage may vary.) I would also add that, when paired with the cognac mentioned below, you get a much better idea of all the flavors that sizzle amidst this Toro’s chewy smoke. 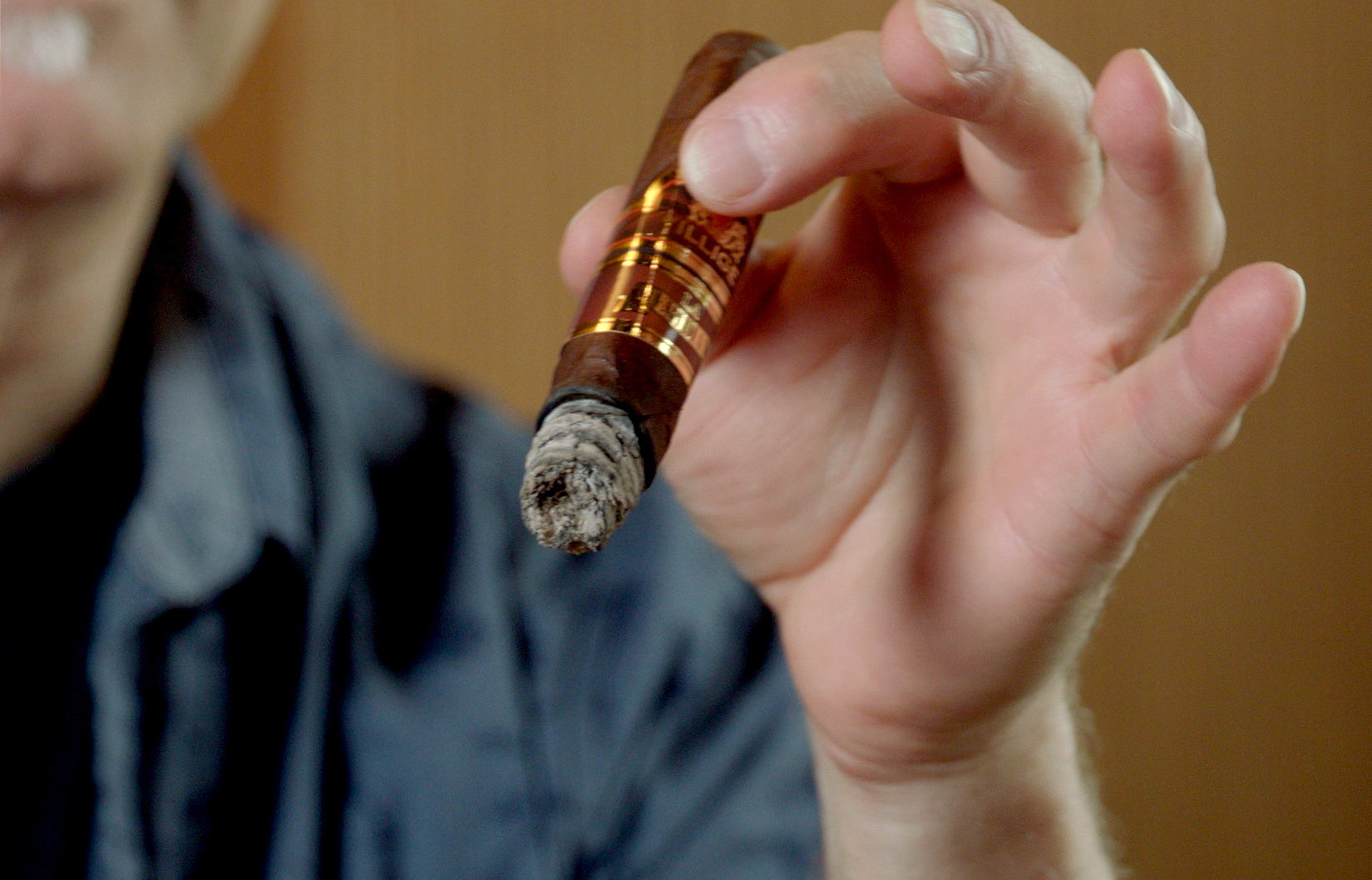 For the morning, definitely coffee. But as an after dinner treat, 1804 Grand Imperial Orange Liqueur – a sweet, 80-proof cognac with a sunny orange essence. The liqueur is actually recommended by Villiger, and boy did they do their homework. Notes of smooth cognac, oak, vanilla, a hint of orange tanginess, a light burn that goes real easy down the gullet and lingers on the palate prevail. When the smoke from the cigar hits it, everything opens up like a blooming flower in slow-mo. (Think of an alcoholic creamsicle.) Moreover, there are similar flavors in both the cigar and the 1804 Grand Imperial. That said, a sweeter Bourbon or Single Malt would probably do as nicely.

Everyone – not just for its medium body, which will appeal to newer smokers. The creamy mix and fullness of the flavors make it savory enough for cigar smokers seeking a rich-tasting, full-flavored cigar. Furthermore, since most cigar smokers tend to fall into the medium to medium-plus category, the Villiger La Meridiana is a welcome discovery.

Hell yeah. This cigar defies its price point, in that it could easily sell for $2-$4 more. The Toro Box Press only comes in a box of 10, while all the other parejo shape La Meridianas come in boxes of 25. But if you want to take a couple of the Toro Box Press out for a test drive, singles and 5-packs are also available.

Reading Time: 4 minutes Want to get the skinny on this week’s new cigars? Here are five of the freshest smokes around, from Upmann, AVO, Southern Draw and more – Check out the list now…