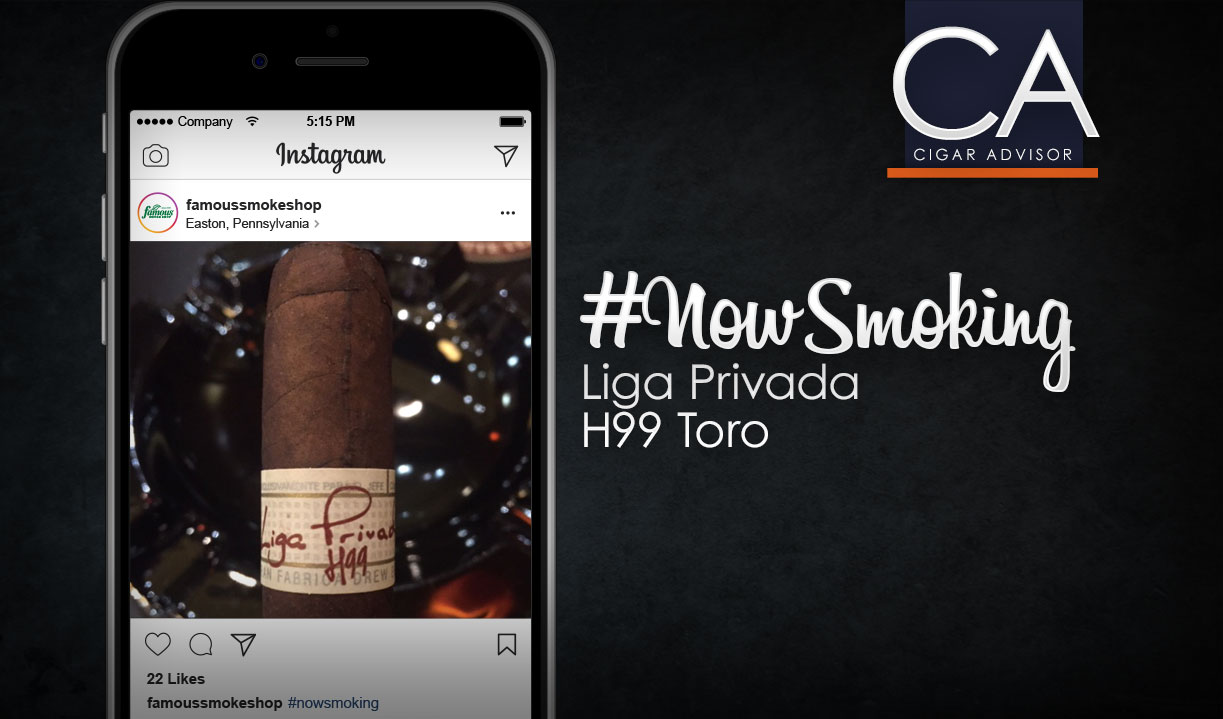 “We started the process of fermenting Connecticut Corojo alongside Connecticut Corojo tobacco at the factory,” said Drew Estate master blender, Willy Herrera. “The factory team and I conjured up numerous blends, but ultimately, we selected the blend featuring the Otopan Negro Ultimo Corte capote for its spiciness that pairs well with the sweetness of the corojo.”

Due to the limited supply of wrapper leaf, the cigars were slated for sale in only 10 retail stores in the U.S. Famous Smoke Shop was fortunate to be among the retailers, and the Liga Privada H99 is sold only in retail stores, making it even more of a “unicorn.” The cigar I smoked in the video was the last H99 on the Famous humidor’s shelf. So, how was it? . . .

The Liga Privada H99 cigar is built like a tank, The Corojo wrapper is seamlessly rolled, slightly toothy, and bears an attractive reddish hue. I smoked it outside and the sun really brings out the color. The cap is neatly applied and clipped-off in a perfect circle.

The pre-light notes were somewhere on the order of sweet tobacco. Once lit, the smoke was lusciously creamy and chewy with only a modicum of pepper. Ligas are known for their copious smoke and the H99 followed suit offering an early mix of mostly sweet tobacco and woody flavors with a mix of cedar and oak.

Moving into the second act, spicy notes emerged and the woody notes became more defined. This is where the cigar really delivered the goods. The smoke was medium-plus in body and opened-up a whole new dimension to the cigar’s character. Through the wide-open draw flowed a river of sweet spice and wood, along with some earthy elements. A retrohale provided a creamy surprise with hardly any pepper in the mix. So far, the burn had been perfectly even, too. 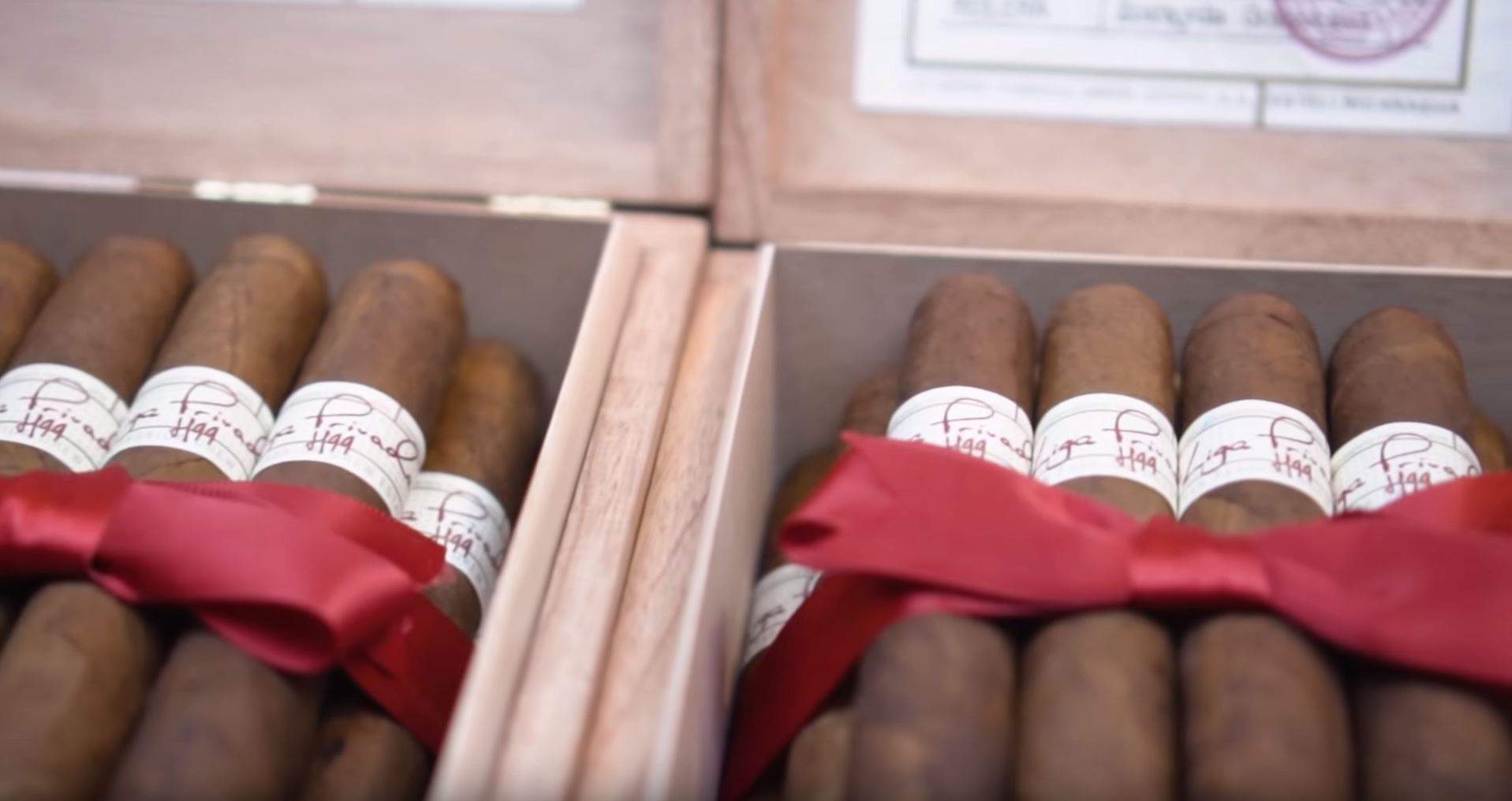 During the last act, more earth and spice moved up the chain leaving only a little sweetness on the finish. The body was rolling at full-throttle, yet it was never overpowering. That was one of the things I really liked about the Liga H99. Smoke flowed so easily through the cigar that deep puffs were unnecessary. Also, letting the cigar cool a bit between puffs was a plus. It helped preserve some of the remaining sweetness and prevented the cigar from turning bitter.

Very satisfied with the Liga H99’s performance and flavor profile, I let it go with about an inch-plus remaining.

Suffice it to say. . . If you’ve smoked enough Liga Privada cigars, you’ll immediately recognize the character that’s made this line a modern classic. Checking-off all the boxes in terms of body, flavor and aroma, if you can find a Liga Privada H99 at a cigar store near you, do not hesitate to grab one.

Reading Time: 7 minutes Oliva cigars are very well regarded among their Nicaraguan peers. But which of their cigars would *you* call their best? See the top 12 must-smokes from Oliva, as chosen by Famous Smoke customers, plus a few of the reasons why they’re so popular.