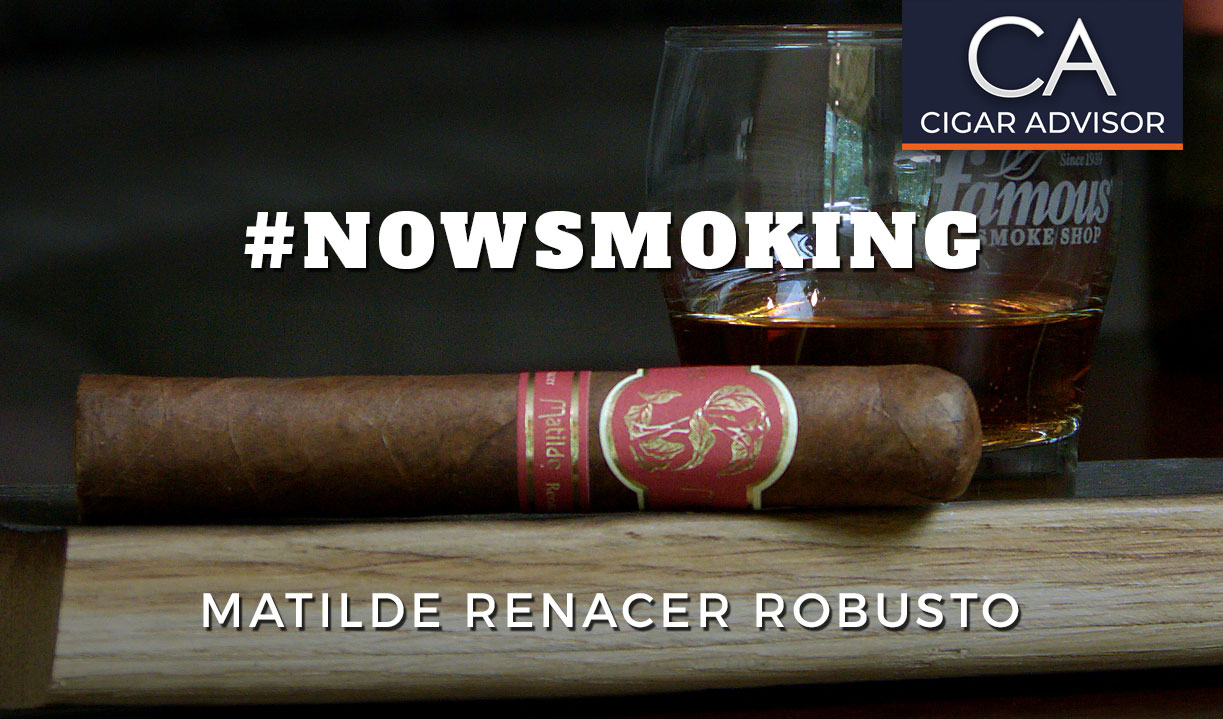 Presented in boxes of 20 Cigars

The Matilde Cigars Back Story 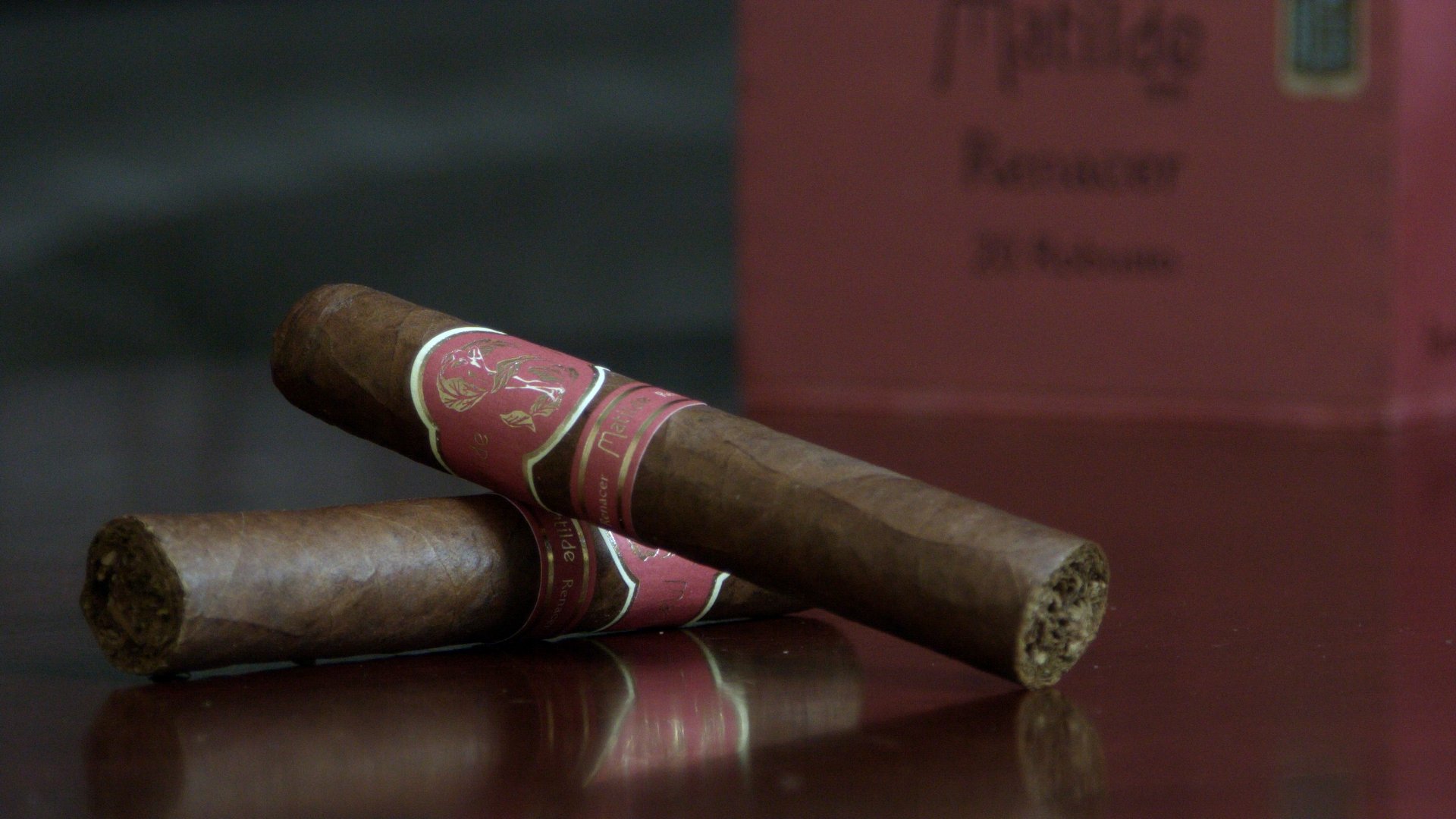 Unless you’re a total cigar geek, you may not recognize the name, José Seijas. Yet, his mark of excellence can be found in many of the cigars you probably already smoke. Three good examples of his work are the Dominican-made Montecristo, H. Upmann, and Romeo y Julieta cigars distributed by Altadis USA. And that’s just the proverbial tip of the iceberg.

Unlike many of his Cuban-born compadres, José Seijas is a native of Santo Domingo, Dominican Republic. His father, Miguel, was from La Romana, and had even been twice elected Mayor. But rather than go into local politics, José chose to study industrial engineering. 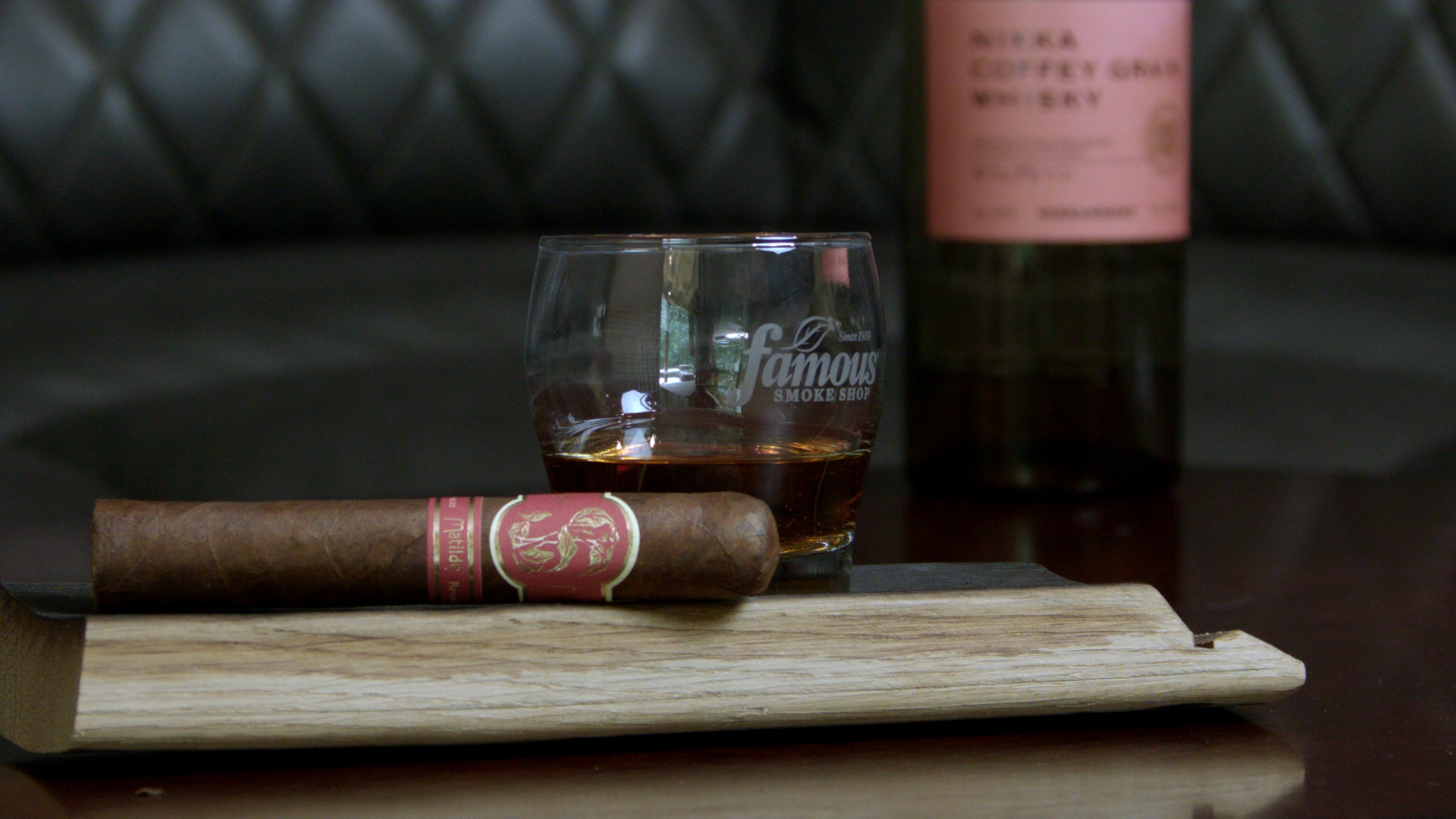 His degree led him to a job with the Consolidated Cigar Corporation in 1974 where he was tasked with creating their Industrial Engineering department. One of his first responsibilities was to oversee the sorting, selection, and stripping of the tobacco leaves. From there José was transferred to the Canary Islands to work for  La Compania Insular Tabacalera. It was here that José learned the entire tobacco blending and manufacturing process. Three years later, he returned to La Romana to work at the renowned Tabacalera de Garcia. José was eventually promoted to Vice President of Operations and Master Blender, where he oversaw an annual production of 60 million cigars. During José Seijas’s tenure at TDG a number of vitolas were honored with making the “Top 25 Cigars of the Year” list.

With almost 40 years of cigar industry experience behind him, José retired from Altadis in late 2011. But in 2012 José returned to the business with two partners. Together they set up a small factory, also in La Romana, under the company name of New World Cigars. 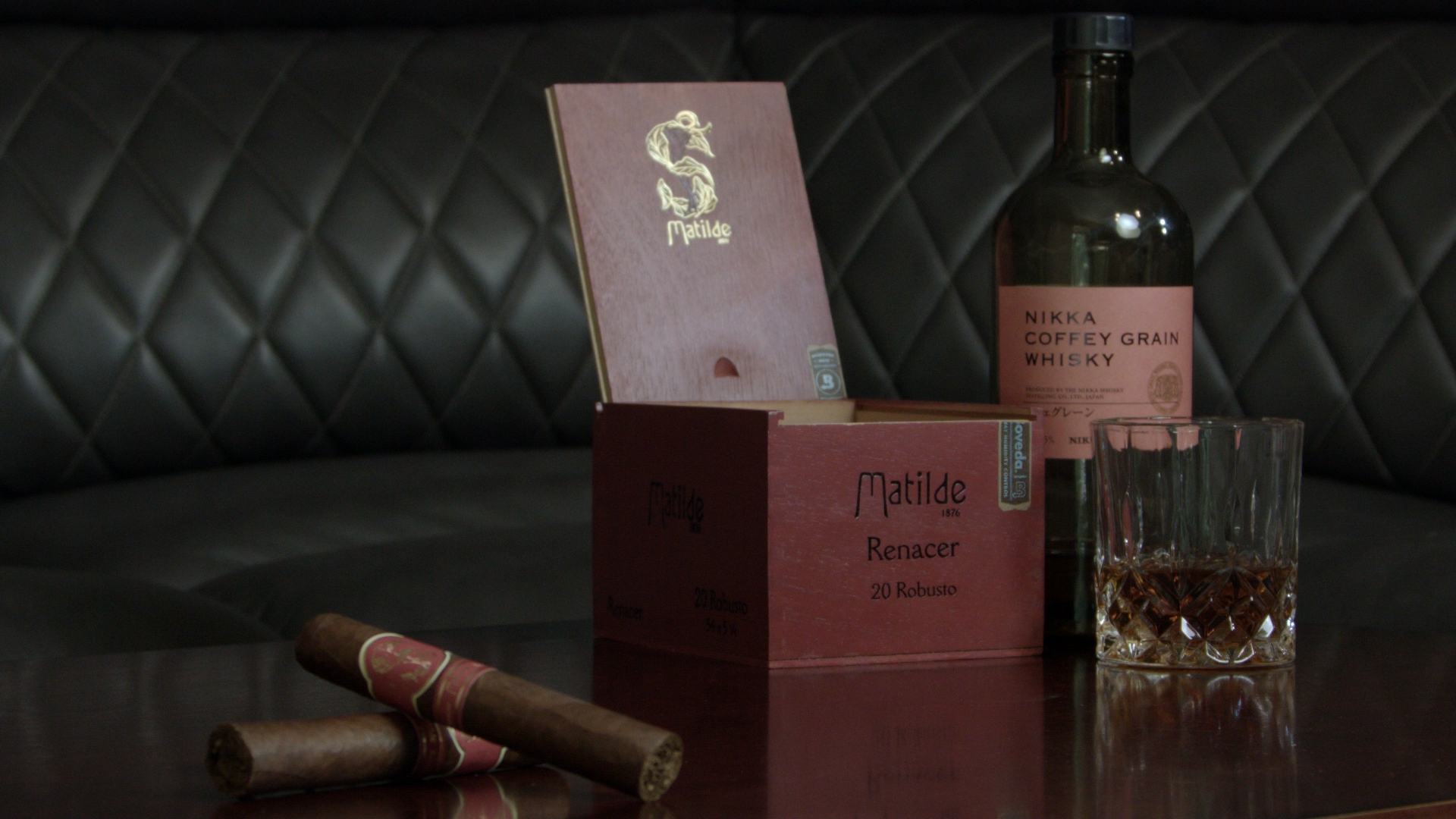 Looking for a brand name that had “deep roots in the Dominican Republic,” José bought the rights for La Matilde, a former Dominican cigar brand founded in 1876 Santiago. Unfortunately, the brand ceased production after the death of its owner, Simeon Mencia in 1910. Despite its brief life, La Matilde’s history lent a great amount of importance to the people of Santiago and the Dominican Republic at large. That was just what José was looking for. The only change he made was removing “La” from the name.

“Matildes are made using only one cut to the leaf, by the edge of the leaves, and away from the heavy veins,” said Jose Seijas told Aficionado in a 2014 article on the brand’s release. Apparently, it makes the cigars more attractive and improves their burn. “The cigars are wrapped with the same wrapper cut from the tuck to the heads,” José added, while “the finishing of the cigar head is done with the same piece of wrapper as well.”

Construction: A very attractive cigar with an oily, caramel-colored Ecuador Habano wrapper. It doesn’t have a lot of veins, either. The wrapper also picks up a shiny brick-colored hue when held to the light. The cigar is well-packed, seamlessly rolled, and looking at the foot, the tobaccos appear to be very nicely bunched. The cap is also well-applied with a triple seam format. Aesthetically, I also like how the coral color of the band sets against the wrapper.
Draw: Just right.
Pre-light: Herbal spice, fig, leather.
Toasting & Light: Very good.
Base flavors: Molasses, tart citrus, earth, herbal spice, leather, chocolate, oak.
Aroma: The wrapper offers hay and a fig-like scent, while the smoke is spicy.
Retrohale: (see video)
Burn & Ash: As good as it gets. 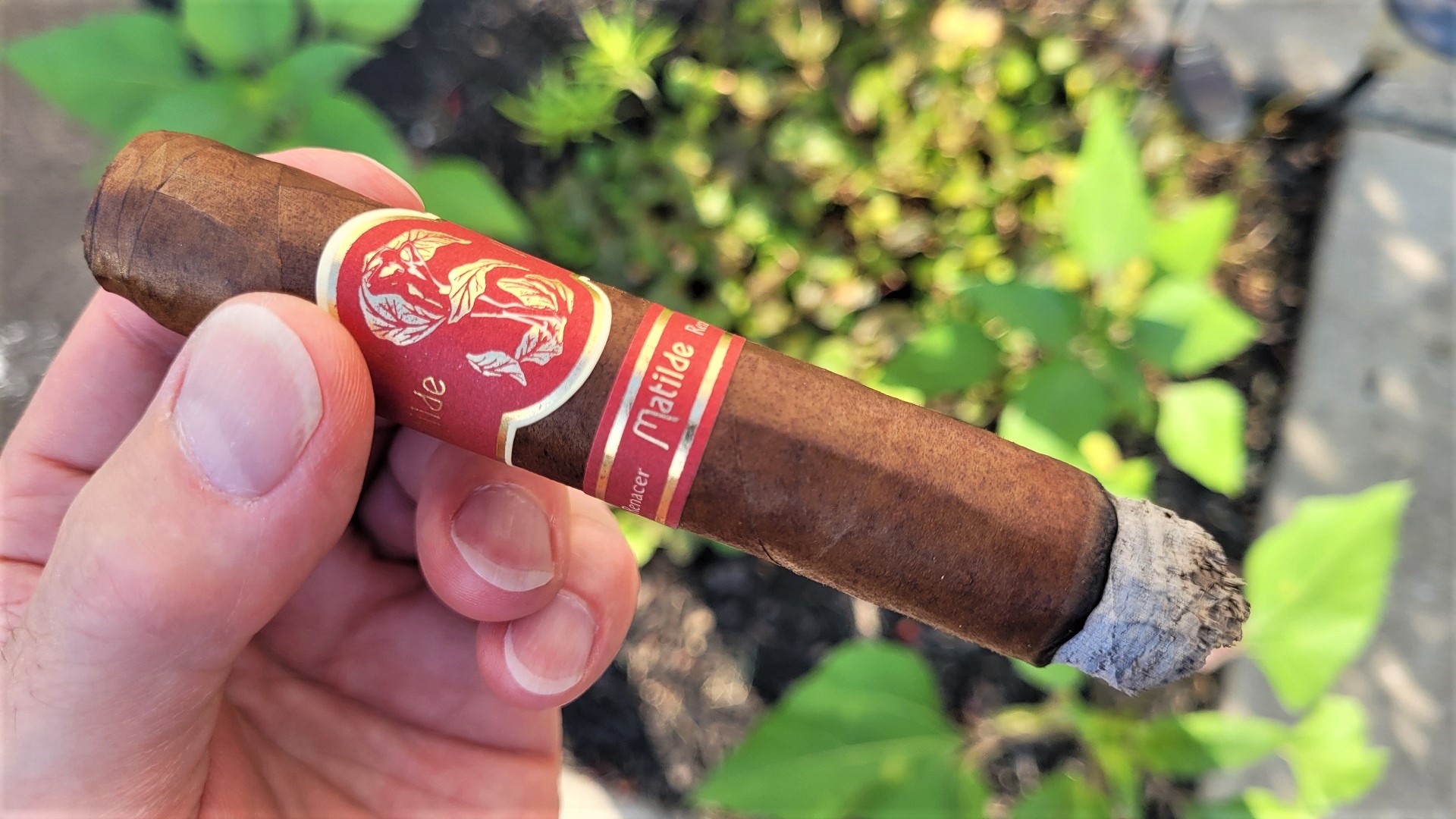 Right out of the gate the smoke is loaded with BIG FAT flavor. The body is medium from the start, and so is the strength. Mostly sweet, the cigar also reveals a citrusy flavor along with some subtle earthiness. So, you have this outer core of sweet spicy tobacco, while the inner core is tart and citrusy. It’s essentially a well-balanced mix of sweet and savory with a medium body and even some bolder flavors, as well. 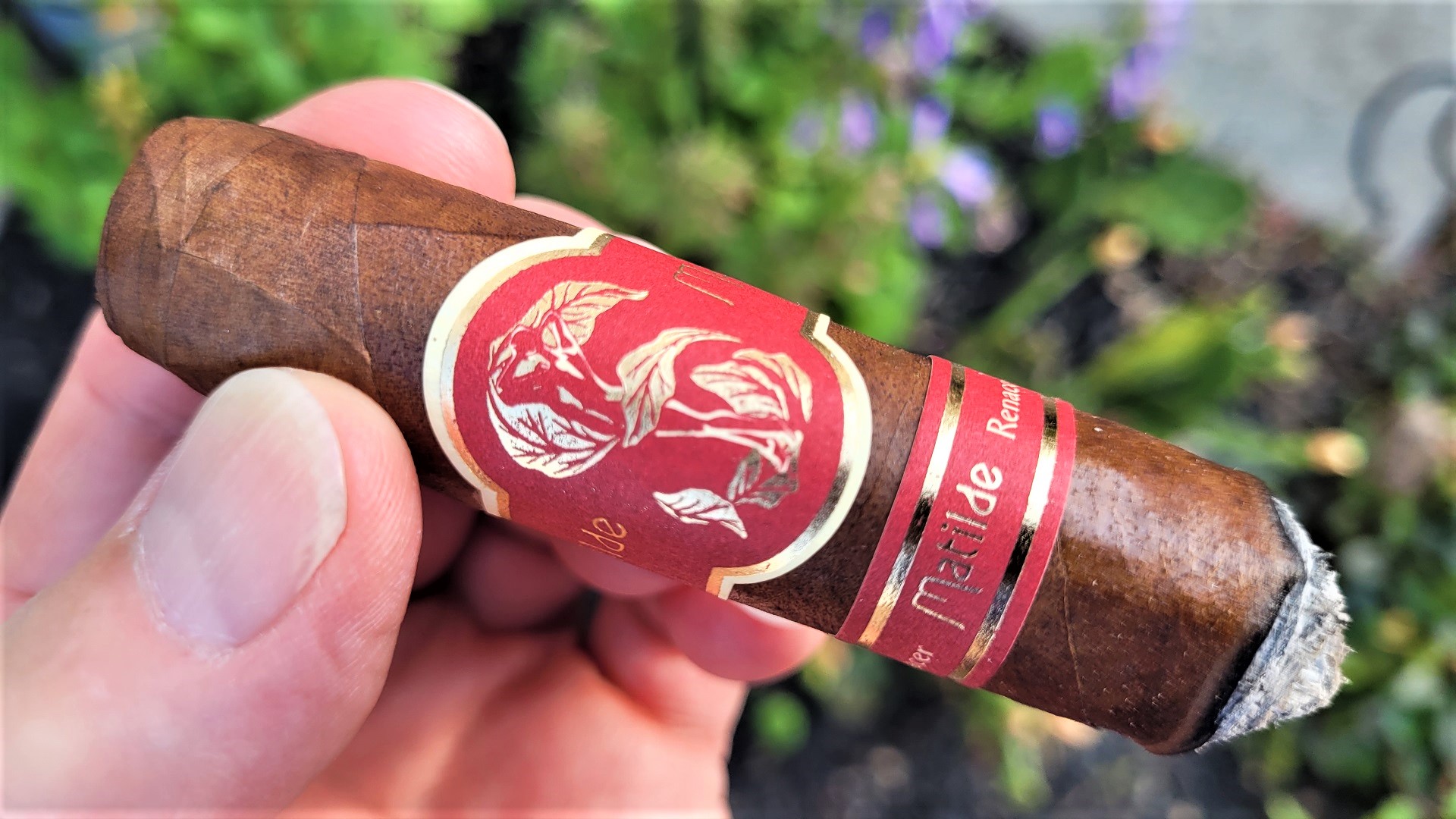 So, after this big bang of sweet and spiciness, the cigar takes a wide turn and mellows out. The body is still in the medium zone, and there’s still a fair amount of spice, but it’s also become much creamier. At this point a molasses or brown sugar-like flavor is making this cigar even sweeter. A few minutes later, a subtle note of chocolate enters the mix and increases slowly during this section.

The burn on this Matilde Renacer Robusto is absolutely perfect. It forms a thin black carbon ring and reveals an ash that’s mostly grey, very firm, and forms a really nice cone.

So far, this cigar is impressively complex, very flavorful, and at this point it’s batting a 1000 for me. 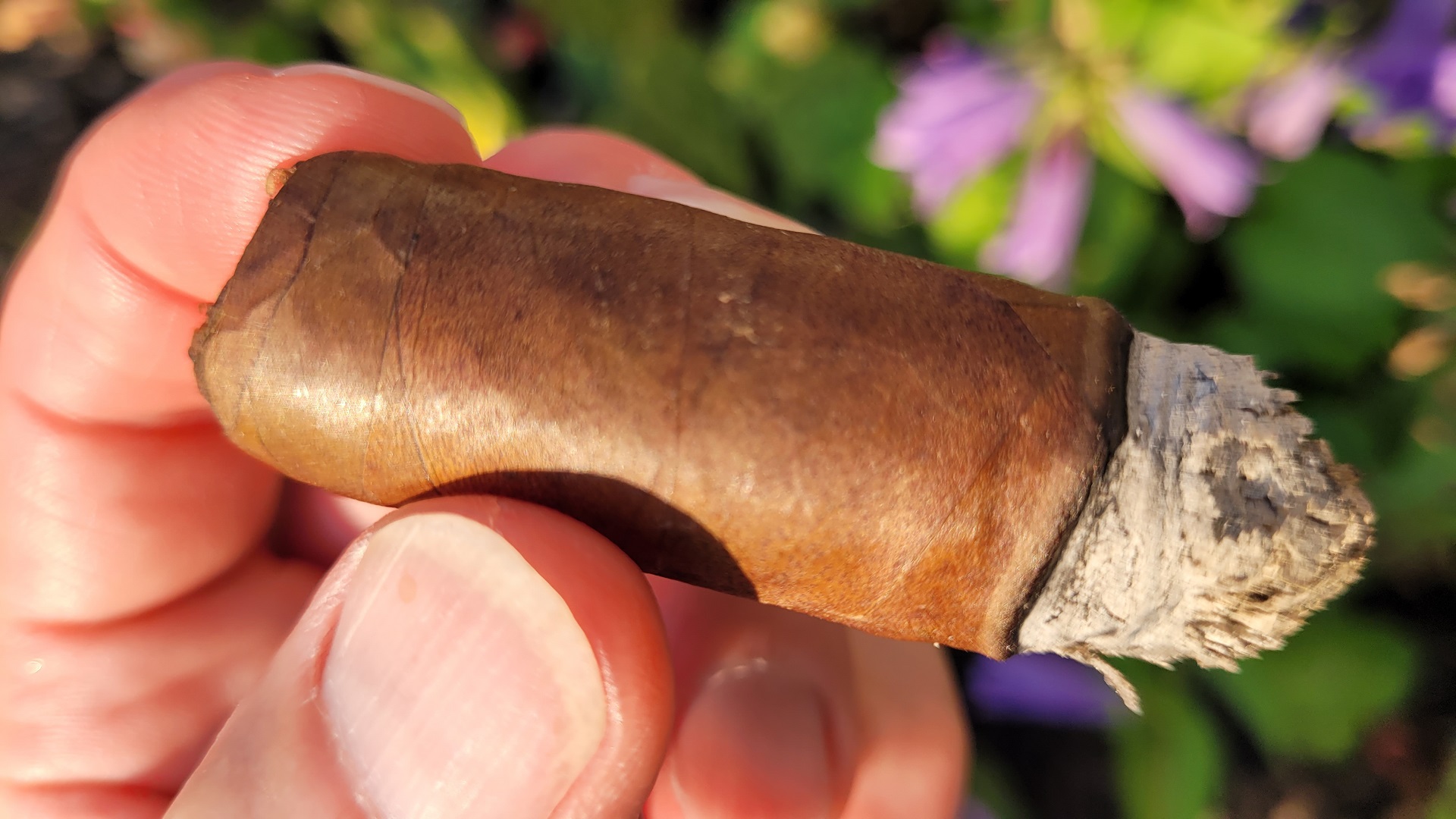 The final act is pretty much like the second, but it’s also becoming more full in strength. The smoke is still smooth and I’m getting a little more earth at this point. Let me add that the longer you let this cigar sit without going out the more flavors emerge (maybe it’s just me). The chocolate is still in there, and leather and spice reenter the picture.

In the last 2½ to three inches the cigar takes on more creaminess and mellows temporarily revealing an oak wood flavor. Even at the nub stage the Matilde Renacer Robusto continues along a smooth smoking, bitter-free course.

What whiskey pairs well with the Matilde Renacer Robusto?

Color: Crystal clear rum with an amber hue.
Nose: Smooth, with a light woodiness. The aroma is a mix of honey and dried fruits with traces of caramel.
Palate: Smooth with a melody of fruity, and slightly sweet notes.
Finish: Slightly sweet and long. 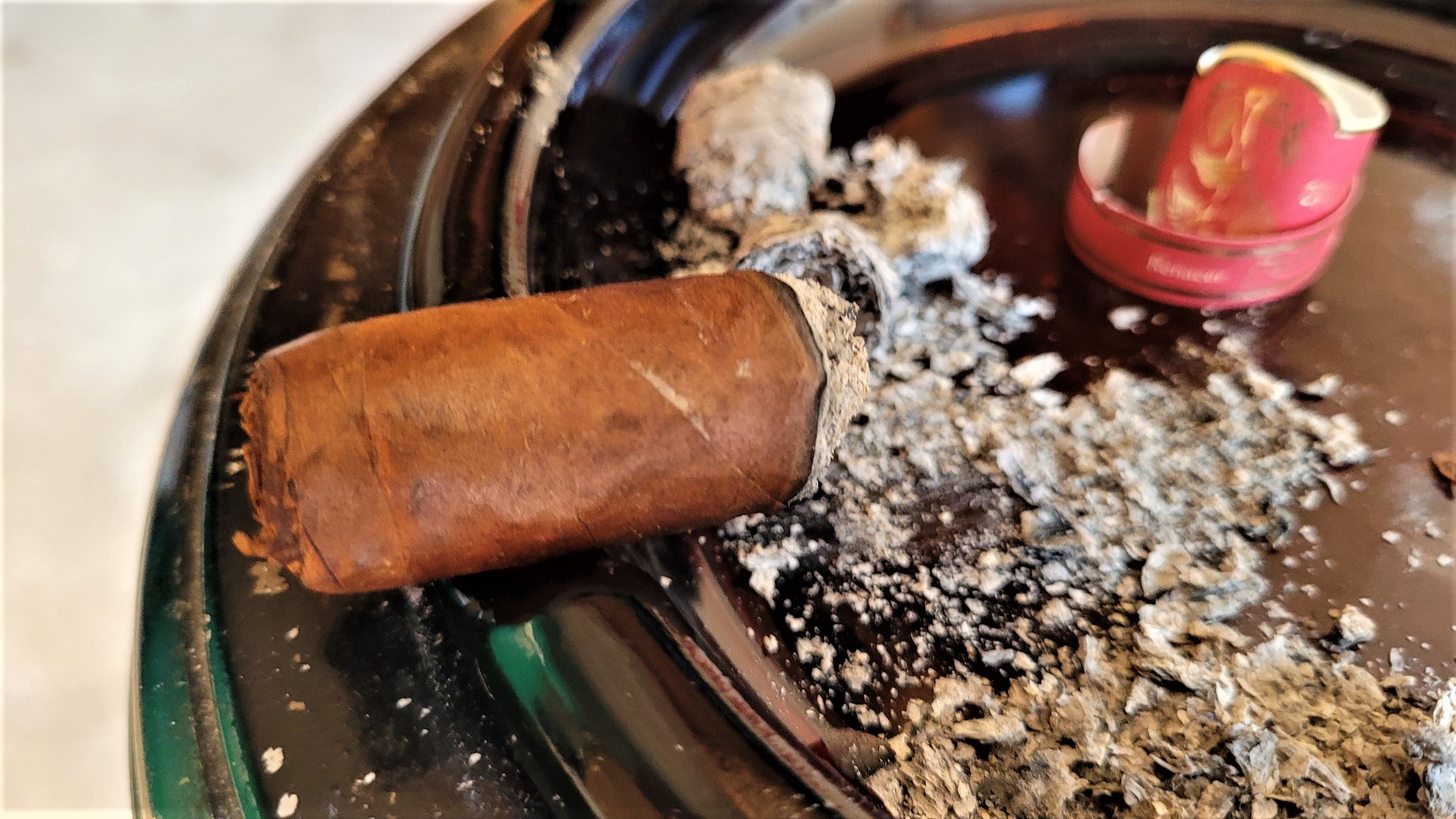 Most of the cigars I review are either made in Nicaragua or are more “Nicaraguan forward” in blend. What I love about the Matilde Renacer Robusto is how it demonstrates the power of Dominican tobacco. OK, there’s a little Nicaraguan in there, too, but for the most part, I found this Robusto to be a Dominican tobacco showcase, which is what it’s supposed to be.

The Matilde Renacer is not a golf cigar, but it sure would make a wonderful 19th hole cigar or an excellent after dinner cigar with the Brugal XV rum.

All in all, the Matilde Renacer is a satisfying luxury-class cigar and somewhat of a dark horse, too. I just can’t say enough good things about it other than this stocky Robusto was a perfect cigar. It’s certainly up there with the top Davidoff cigars, Avos, and Fuente Don Carlos and deservedly so. Even better, it is surprisingly affordable.

Reading Time: 7 minutes For its 50th anniversary, the combined talents of A.J. Fernandez and Rafael Nodal have “reimagined” the legendary Trinidad brand. Watch now as the Cigar Advisors deliver their review of the Trinidad Espiritu Toro and answer the question: Does the spirit of the original Cuban Trinidad cigars live on?