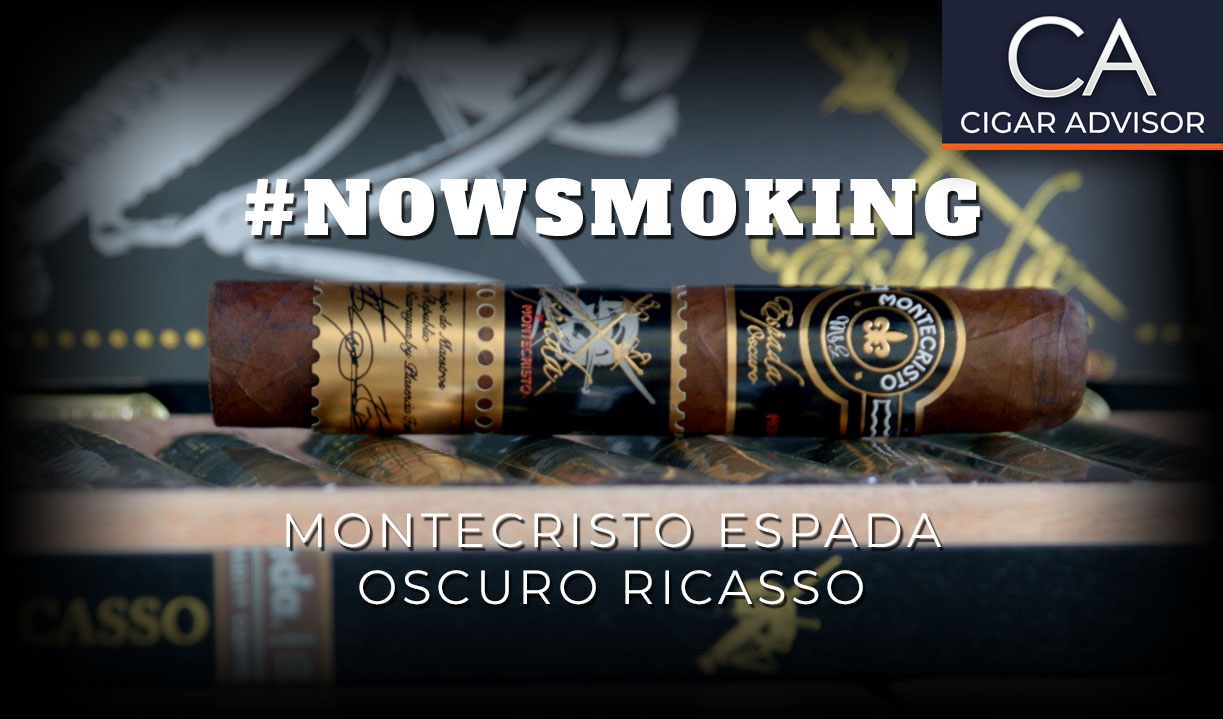 Talk about three being a charm. The men responsible for creating the new Montecristo Oscuro Espada cigars selection are Rafael Nodal, head of product capability for Altadis USA, Pedro Ventura, head of Altadis’ Grupo de Maestros, and Nestor Andrés Plasencia of Plasencia. When you have three blenders like that, plus some of Plasencia’s finest Nicaraguan tobacco to work with, the result is going to be something really extraordinary.

The Oscuro edition is the sequel to the Montecristo Espada released in 2014. That, too, was a full-bodied puro, also made by Plasencia, which featured a lighter-colored Nicaraguan Habano wrapper. The Nicaraguan Habano Rosado on this cigar marks a stark contrast and uses the same binder and filler core blend as the original Espada.

“I am honored to have worked together with the Grupo de Maestros and the Plasencia family on this project,” said Rafael Nodal in a company press release. “I not only feel that we created a blend that is worthy of the Montecristo Espada name, but also added a new dimension to the smoking experience, with the addition of this special Habano Rosado Oscuro Wrapper.”

With that, the three gentlemen demonstrate that changing the wrapper on a given cigar blend can make a world of difference when it comes to flavor, complexity, and aroma.

The Montecristo Espada Oscuro selection is offered in three sizes: Ricasso, a 5″ x 54 Double Robusto (reviewed here); Guard, a 6″ x 50 Toro; and Quillon, a 7″ x 56 Double Corona. All of the cigars are presented in plush, velvet covered boxes containing 10 cigars each. 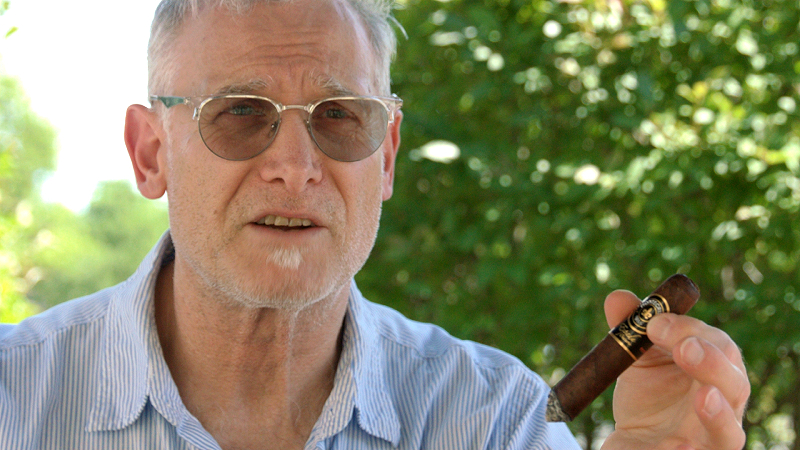 This cigar just screams elegance and refinement. The dark wrapper is even in color throughout and boasts an attractive reddish patina when held to the light. The cigar also features two attractively designed black and gold bands; one at the neck, plus a longer band that covers most of the cigar’s length and displays the signatures of the blenders. The body is solid from head to foot, has a perfectly applied cap, and the 54 ring gives it some nice weight in the hand. After clipping, the cold draw offers notes of salt, leather, and to my palate, a slice of chocolate cake.

Like a dream. For the most part, the smoke is creamy, smooth, and well-balanced offering a chewy mix of sweetness, spice, earth, and dark woody flavors. The cigar burns evenly, offering a sweet aroma, too, while revealing a firm light-grey/dark grey ash. Having smoked this cigar outside on a hot and windy afternoon, I was also impressed at how well the wrapper held-up, since some cigars tend to unravel under those conditions. . .another tip-of-the-hat to the solid construction of this Robusto.

My impressions resulted in a pretty wide swath of flavors. Sweet tobacco, damp earth, and cedar formed the base notes. Light salt, leather, nutmeg, and cocoa tunneled below, as white pepper lingered on a long finish. The retrohale offered some pepper, but carried little, if any, sting with it. The latter stages proved even sweeter with some additional peppery spice and cedar in the mix. Overall, a very enjoyable mix with a more sweet than spicy flavor profile, even in the last act.

Based on only one session, and smoked outside, considering how the flavors fell into the mix, I would lean toward “Yes.” However, I would like to see how smoking it indoors would compare when I wasn’t competing with a persistent breeze.

Due to the Ricasso’s natural sweetness, I would balance it with an espresso, Guinness Stout, or straight bourbon whiskey. Come to think of it, a good cognac would probably open the palate up nicely for welcoming all of this cigar’s rich, dark flavors.

A wonderful example of a bold, yet very accessible Nicaraguan puro, the Montecristo Espada Oscuro Ricasso is tailored to the more experienced cigar smoker. It’s a full-bodied and full-flavored smoke, yet stops short of being overpowering. Although it could prove a bit heady for newbs, I would encourage them to smoke this cigar preferably on a full stomach.

Most definitely. This bolder follow-up to the earlier Montecristo Espada is not just humidor worthy, but box worthy. The single is listed at $13.27 MSRP (at press time), but when you take into account the people behind it, the quality of the tobaccos, the rolling, and the amount of flavor the Ricasso offers, that’s a pretty fair shake.

Reading Time: 2 minutes A solid Fall pairing: let’s savor these last few weeks of cigar weather by enjoying a cigar with a little extra flair, and kick a beer in there while we’re at it. Monte meets IPA, in this edition of Happy Hour.