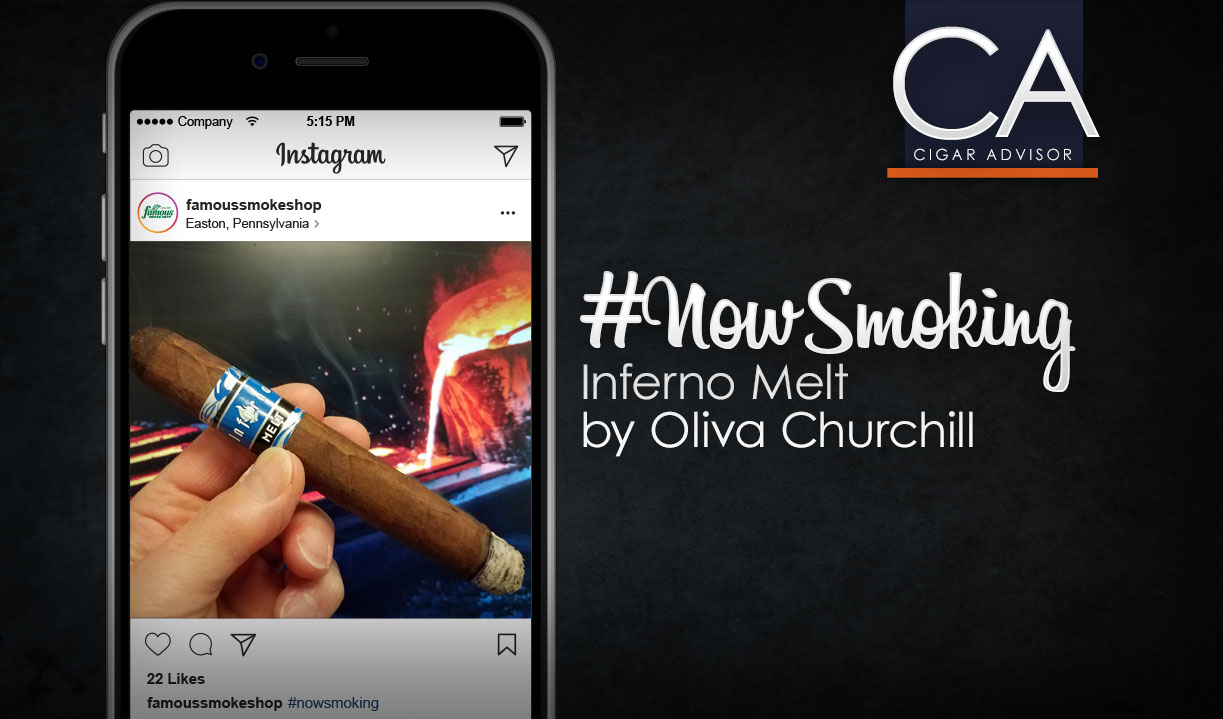 For the most part, this Oliva-made Churchill issued a steady flow of dense, well-balanced smoke. The burn was even down to the nub exposing a mostly grey ash. Although the ash was pretty firm, it succumbed to gravity in half-inch nuggets. The earth and oak notes held true through most of the second act, and eventually took over the flavor profile. However, lighter puffs tended to release some of the sweetness off the wrapper, and the finish remained on the lingering side with more of the charred oak in the mix.

Although the Inferno Melt has a more than fair amount of ligero, to its credit, it was far from overpowering in strength. I could tell that it had some beef to it, and the smoke did run to the bolder side, but its smoothness and balance kept it from being a runaway freight train.

This Churchill was also highly consistent in flavor right through the final act. Some pepper returned in the final inches while remaining mostly earthy and woody. Although I paired it with coffee, the Inferno Melt seems like it was tailor-made for pairing after dinner with a fine bourbon or dark añejo rum. If you enjoy cigars like the Perdomo Estate Sel. Vintage Maduro  or Henry Clay Stalk Cut, the Inferno Melt will hold its own quite nicely.

Reading Time: 3 minutes Got your eyes on a rare cigar prize? Check out these fresh limited-edition sticks from Crowned Heads with a bonus feature of new Macanudo now!