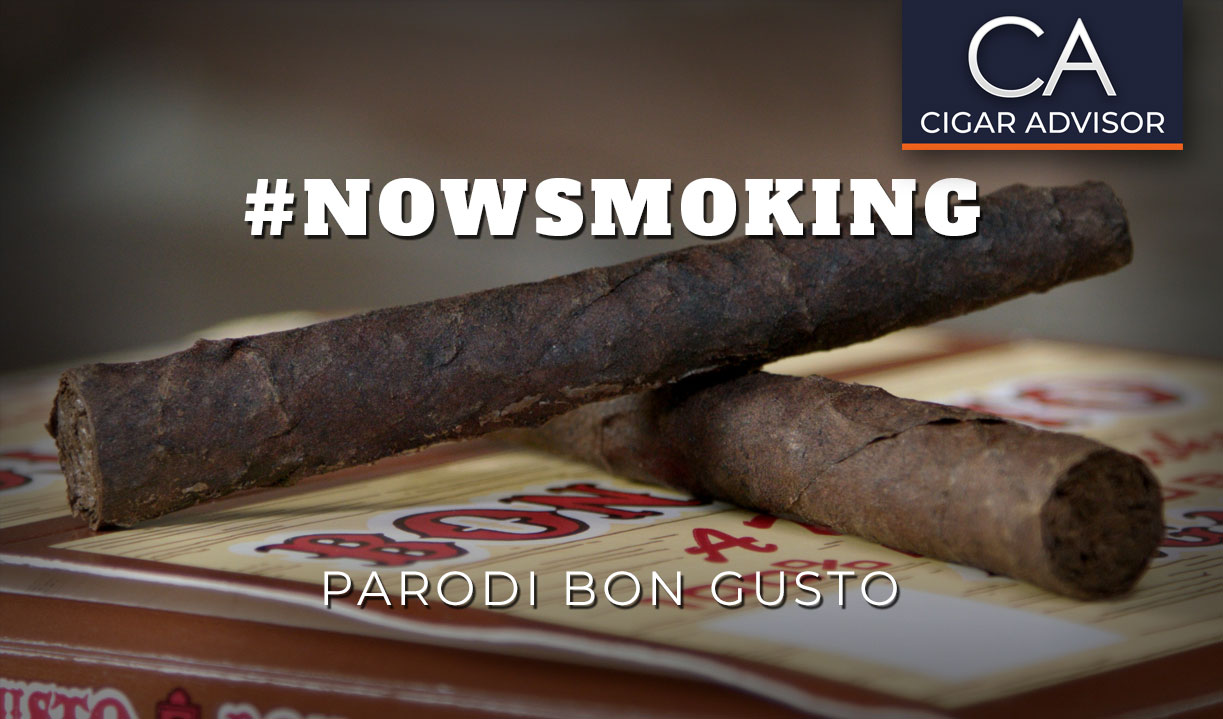 The Parodi Bon Gusto Back Story

When Dominic, Anthony and Frank Suraci left their Calabria, Italy village in 1901 to begin a new life in New York City, who knew that by the middle of the 20th century their dedication to making the little, fire-cured cigars they smoked in Italy would turn into the world’s premier manufacturer of traditional Toscano cigars. Machine-made in the U.S. under the Avanti brand name today, if you’re familiar with brands like Avanti, Parodi, and De Nobili, to name a few, you may not know that they and the many other cigars made by Avanti, represent the world’s bestselling fire-cured tobacco cigars. 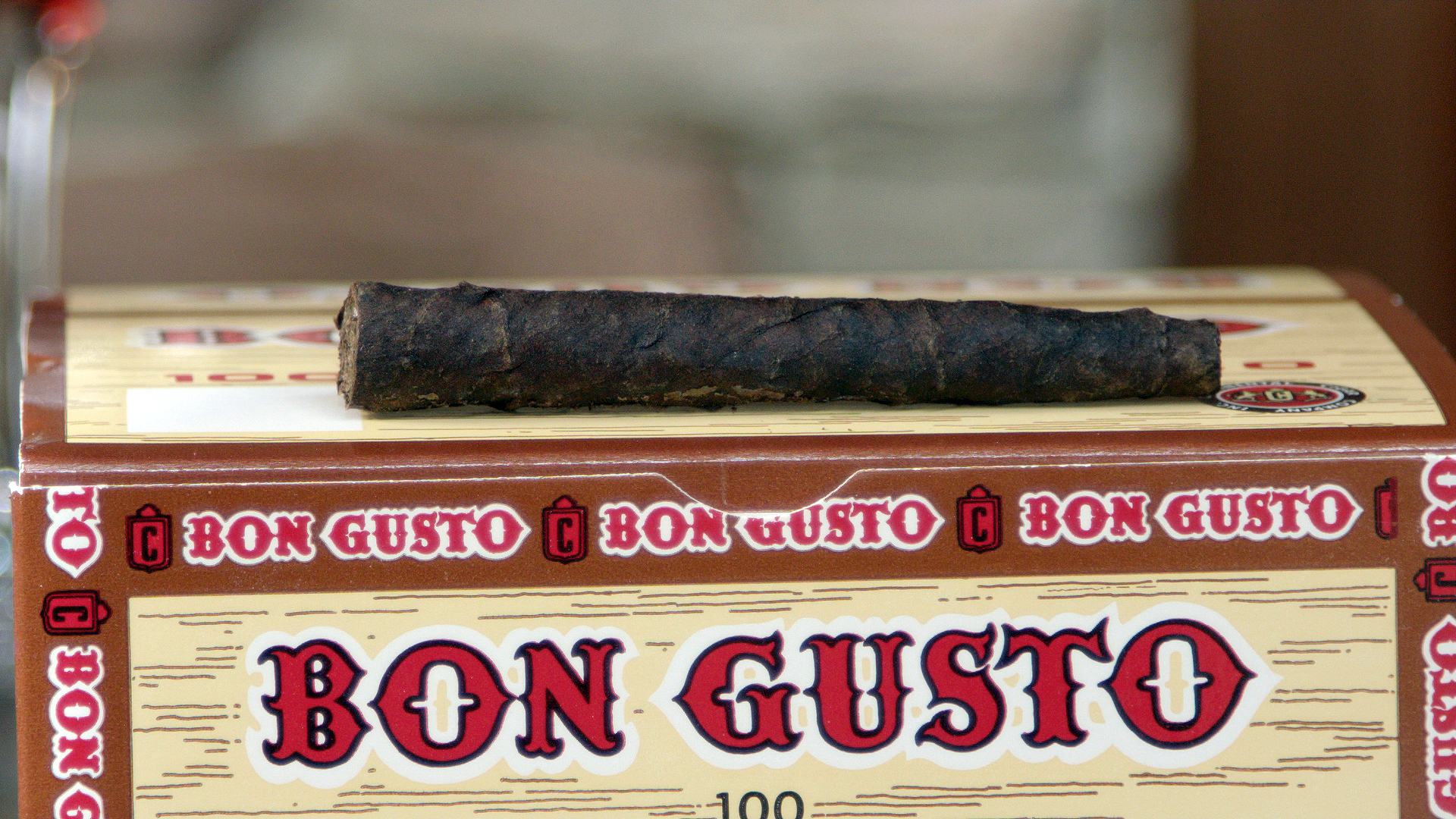 Made with a select blend of dark, Fired Kentucky tobaccos, Bon Gusto translates to “good taste.” Avanti calls it, “A cigar with medium body and surprising aromatic amplitude that spans from the earthy notes to of the traditional Kentucky tobacco with hints of pepper.” 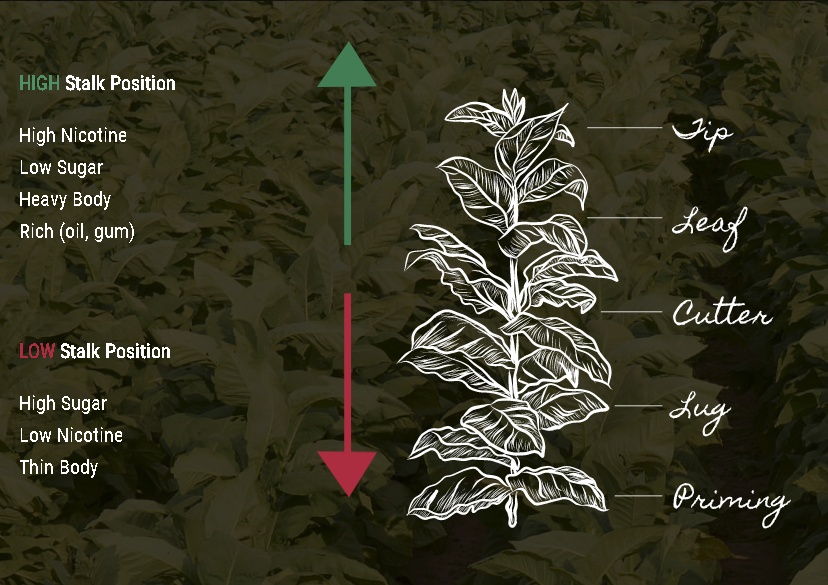 When harvesting Kentucky tobacco, stalk position is important to taste. Avanti concentrates on the “Leaf” (priming just above the midsection – 5th priming) and “Cutter” (midsection of the plant – 4th priming) sections of the tobacco plant to harvest our wrapper tobacco. The “Lug” (2nd priming) and “Priming” (bottom priming) are then used for filler tobacco. These tobaccos are chosen from harvests of three different crop years, and aged for at least two years.

During the fire curing process, the tobacco becomes dark and oily. The aroma becomes smoky, which can change based on the type of wood used. The carefully chosen wood smolders on the floor of a barn as the leaves are exposed to the smoke. This slow and controlled process lasts a month, and only then is the tobacco ready for fermentation. 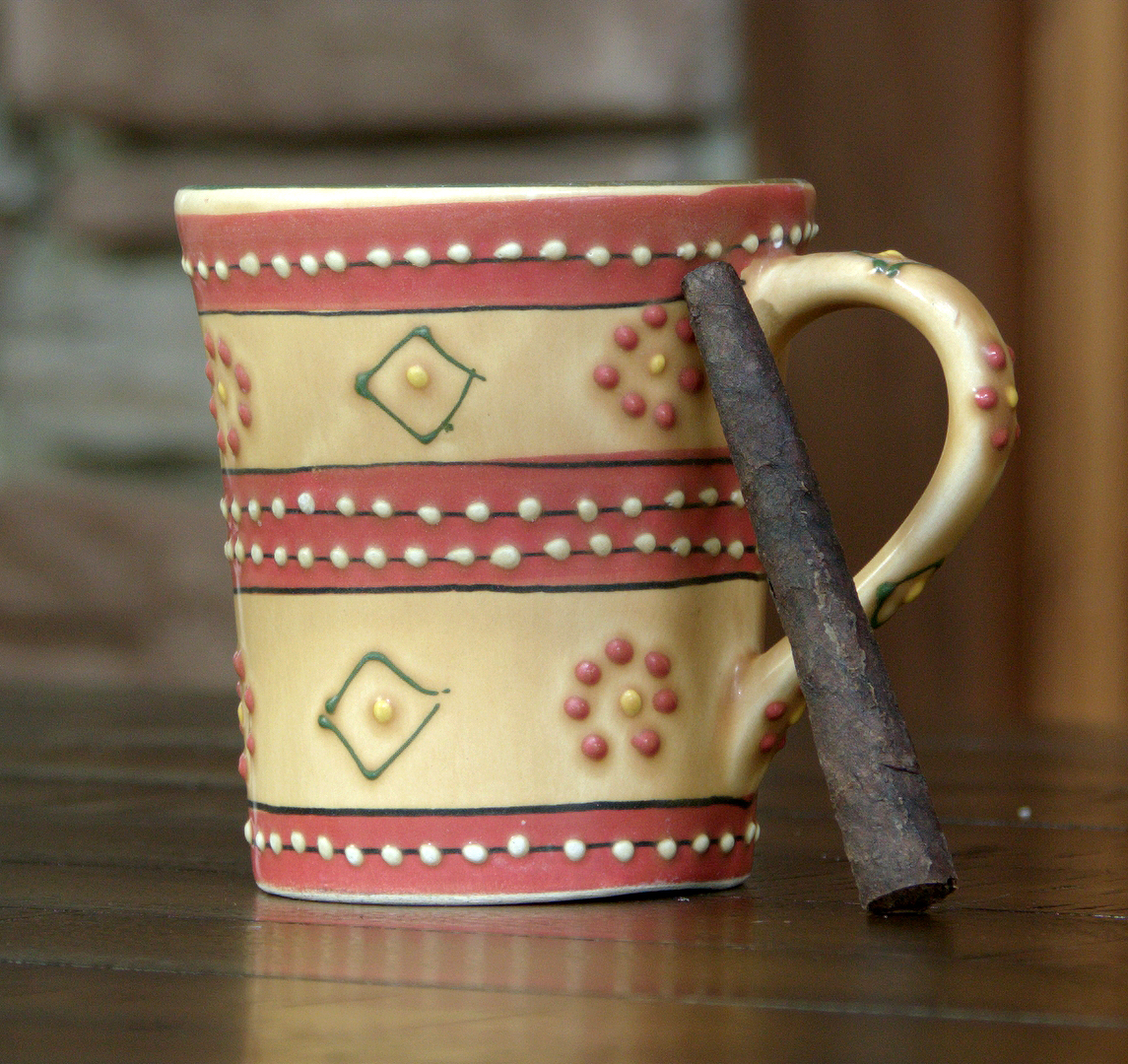 If you’d like to learn more about how Toscano cigars are made, a few years ago, Cigar Advisor visited the Avanti factory and shot some excellent video, some of which is shown in this review. You can also see the full story in our Making an American Cigar feature. 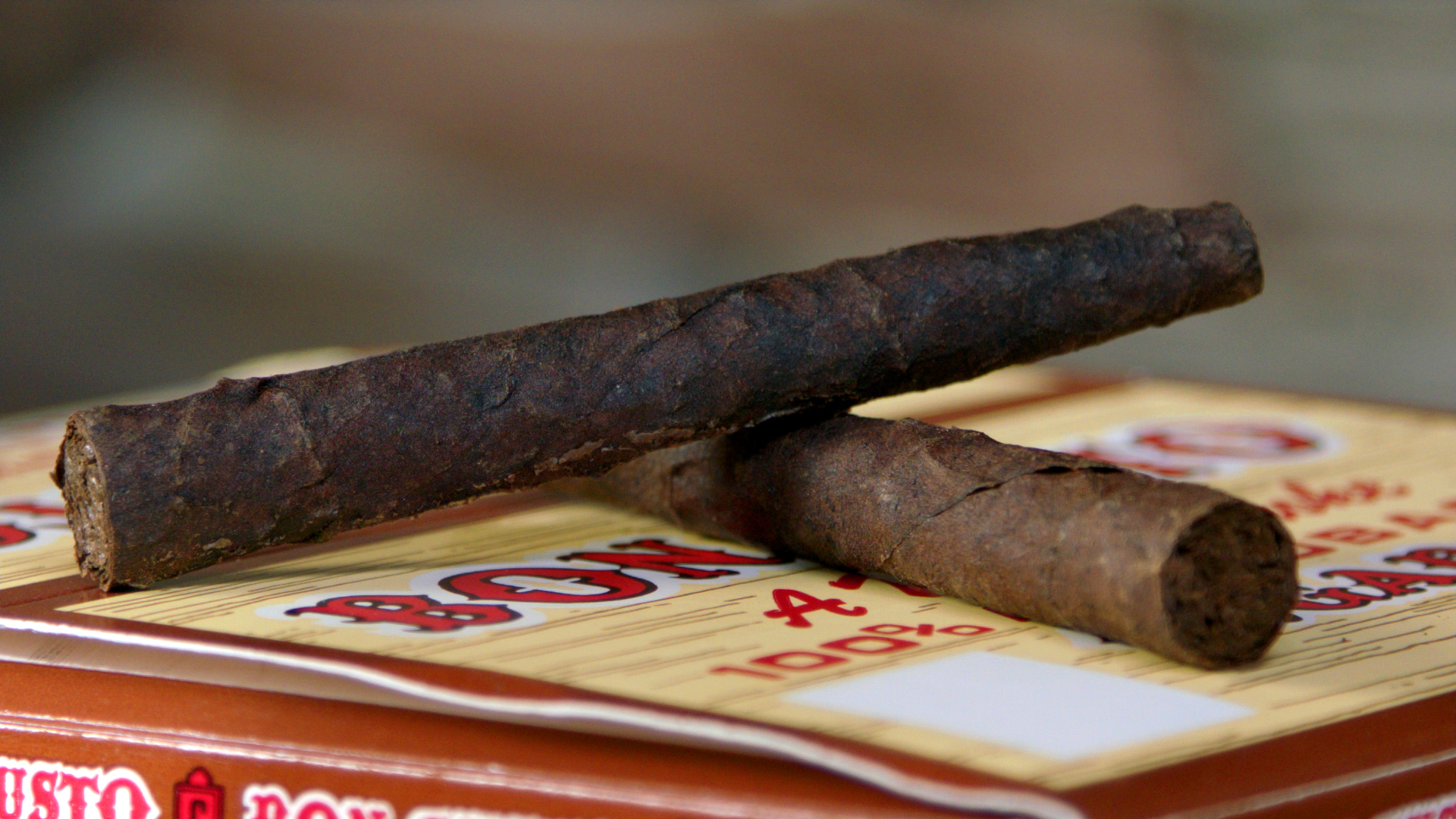 Construction: Machine-made with fire-cured tobaccos. The cigar’s body fans out from the head in a mini pyramid-like shape. The cigar has a dark, hyper-rustic cheroot with thick veins, but is solidly built. The wrapper has an oily appearance, yet feels dry to the touch. The head is already open.
Draw: Very good.
Cold Draw: Surprisingly sweet, leathery, and peaty (from the fire cured tobacco)
Toasting and light: No clipping.
Base flavors: Natural tobacco.
Aroma: Charred hickory.
Retrohale: Clean.
Burn & Ash: Excellent. The cigar offers an excellent burn revealing a firm ash.

Note: Due to the size and nature of this cigar, it’s easier to break it down into two parts, rather than three. 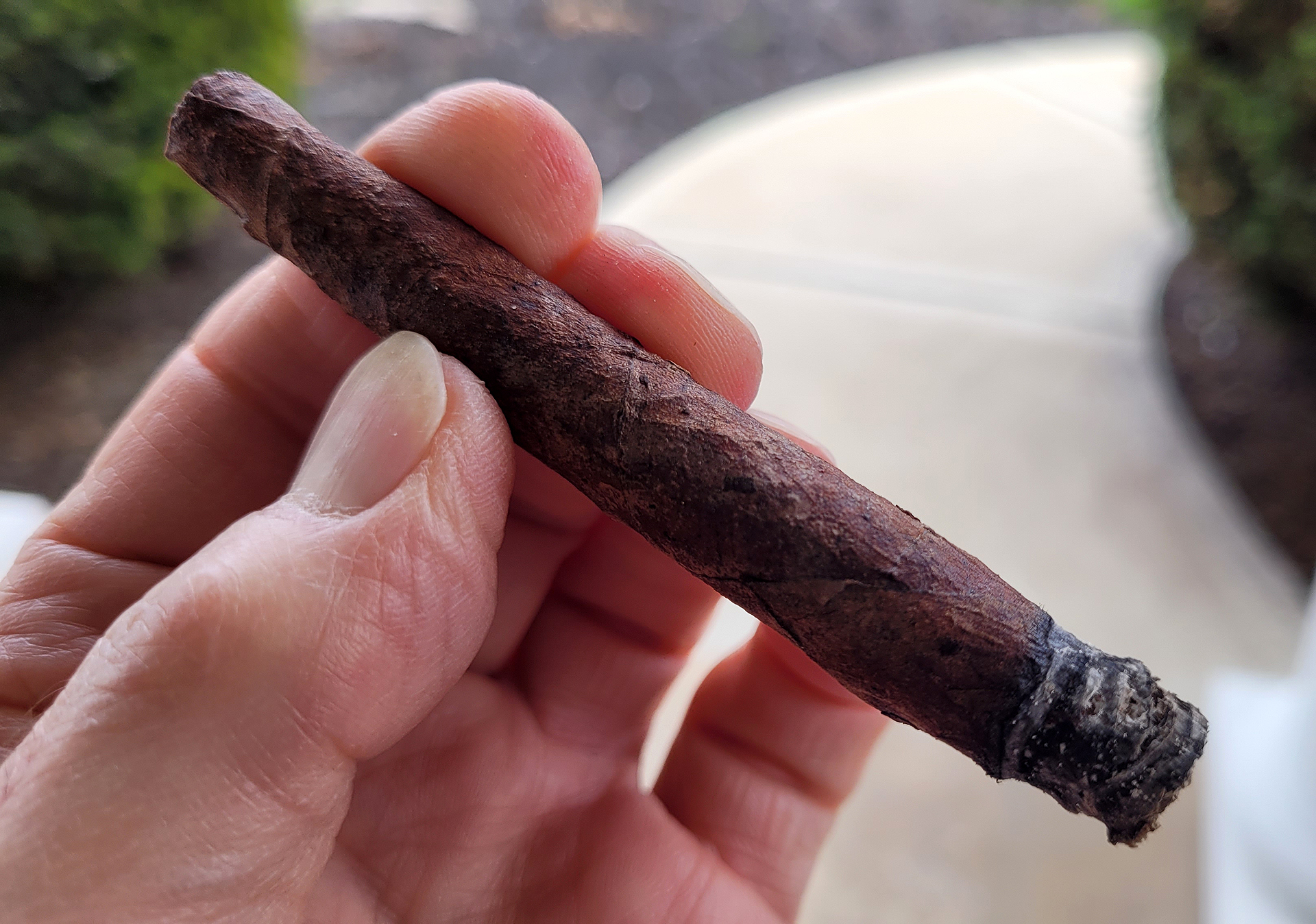 The Bon Gusto started out a little earthy, mellow and natural in flavor, but the fire-cured aroma hit me instantly. The cigar also had a pretty decent draw and burn. As it continued to burn, I began to realize that the Bon Gusto is more of an aromatic smoke. For some reason, I expected the cigar to be a little stronger, but it was actually very nice with a clean, natural tobacco flavor and campfire-like aroma. 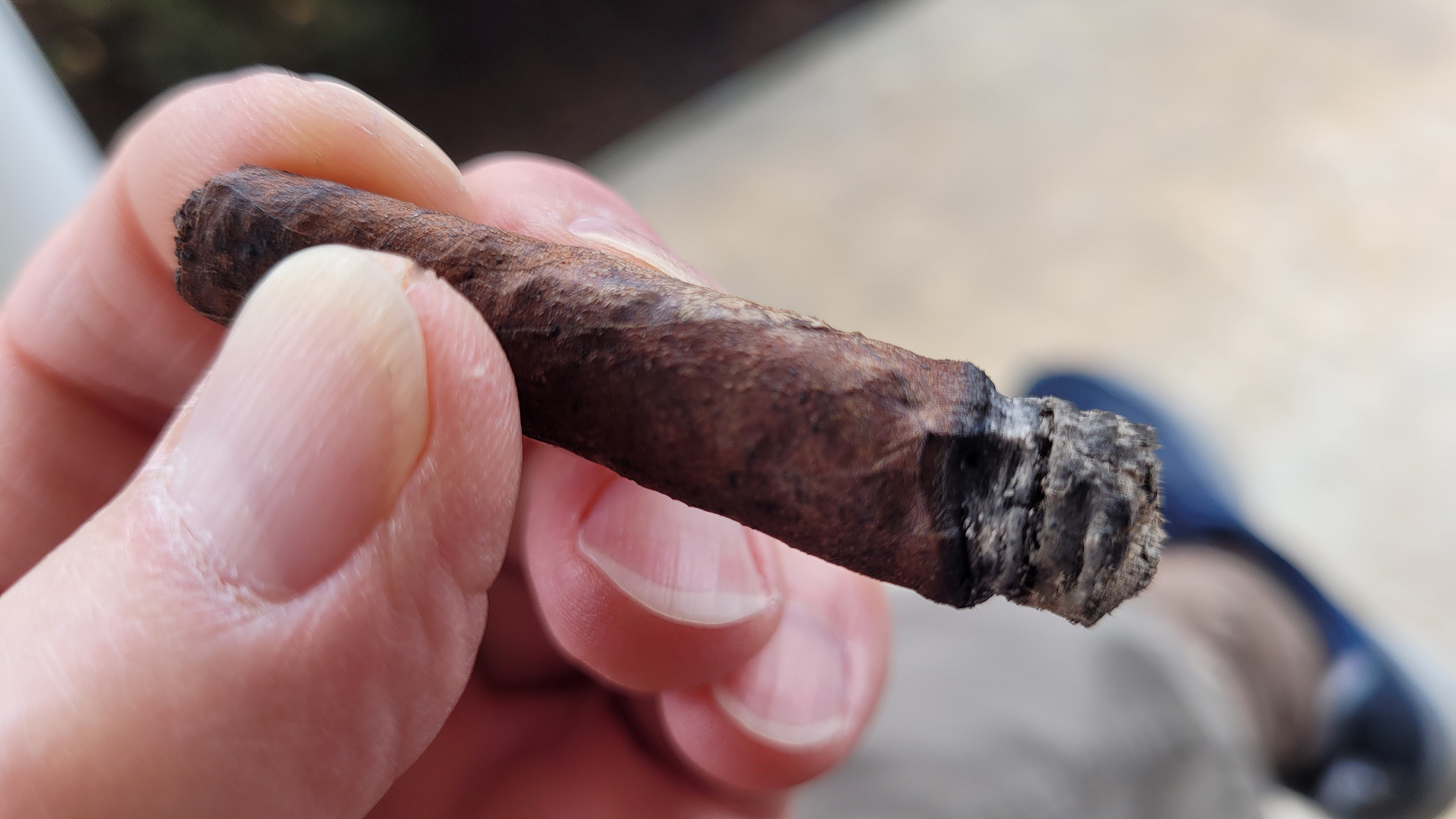 Although I note some good drinks to pair with the Bon Gusto below, I smoked my pre-video sample cigar with water so I could get a bead on the cigar’s flavor. My on-camera sample I smoked with coffee, but there was no difference with either cigar. (I think I now know why so many Toscano cigars are flavored.) Even in the last half the cigar remained mellow in body and light on flavor. So, I added some trail mix to my first sample (see photo) because it added a little flavor mix to the session. I smoked the cigar down to one inch, which took about 35 min. Even then, the cigar remained nice and mellow and easy to smoke. 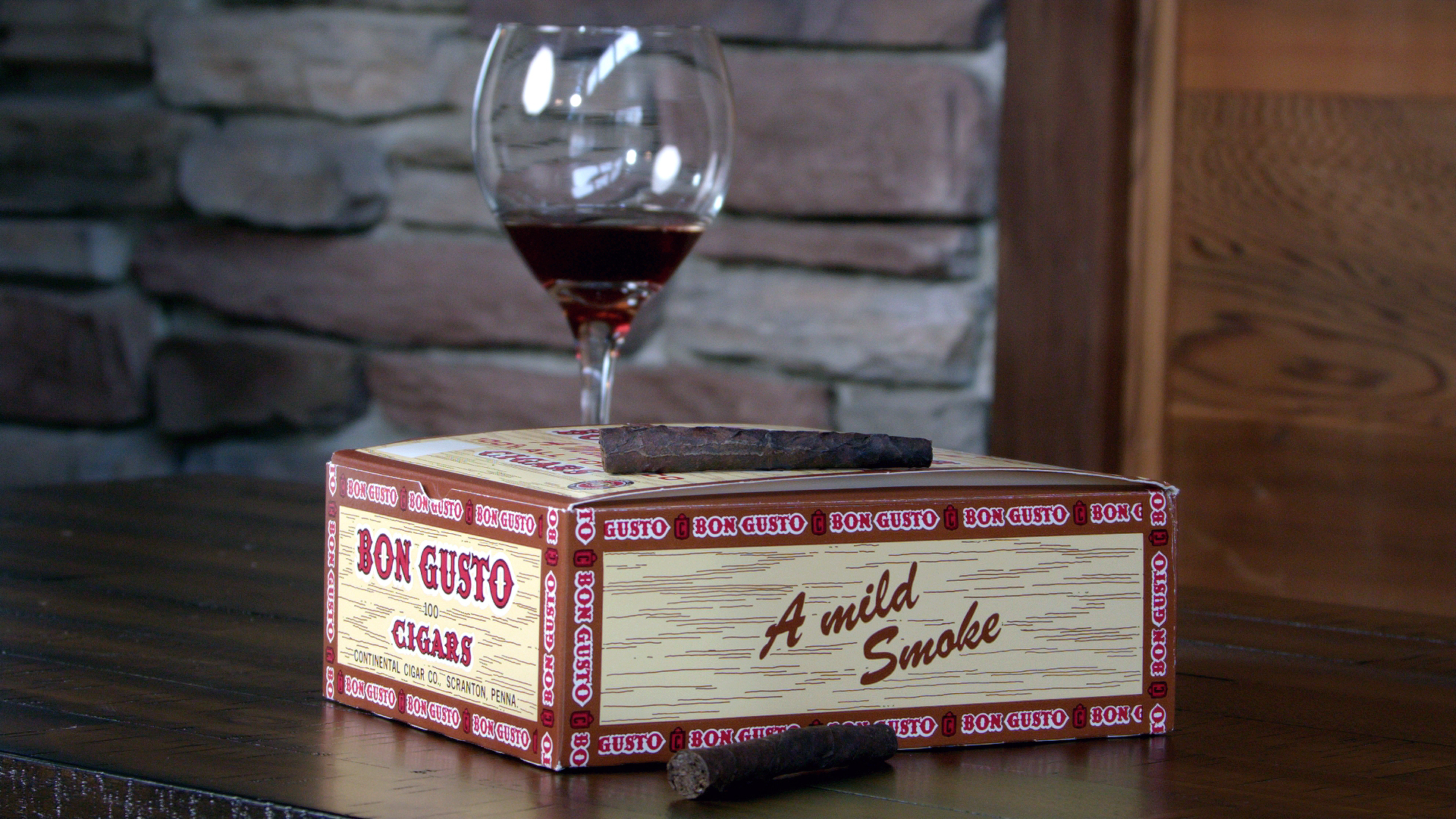 Italian table wine or Chianti. As I mentioned in the video, I like the Cantina Zaccagnini Montepulciano d’Abruzzo (2018). You can even do a fruity Cab. Additionally, when we visited the Avanti Factory, they had us sample some of their blends with various cheeses, nuts, and fruit, so I recommend you try that, too.

When smoking Italian Toscano style cigars, you have to consider that they are completely alien to your average premium handmade. Not only is their flavor and aroma quite novel, their coarse appearance makes its own fashion statement. 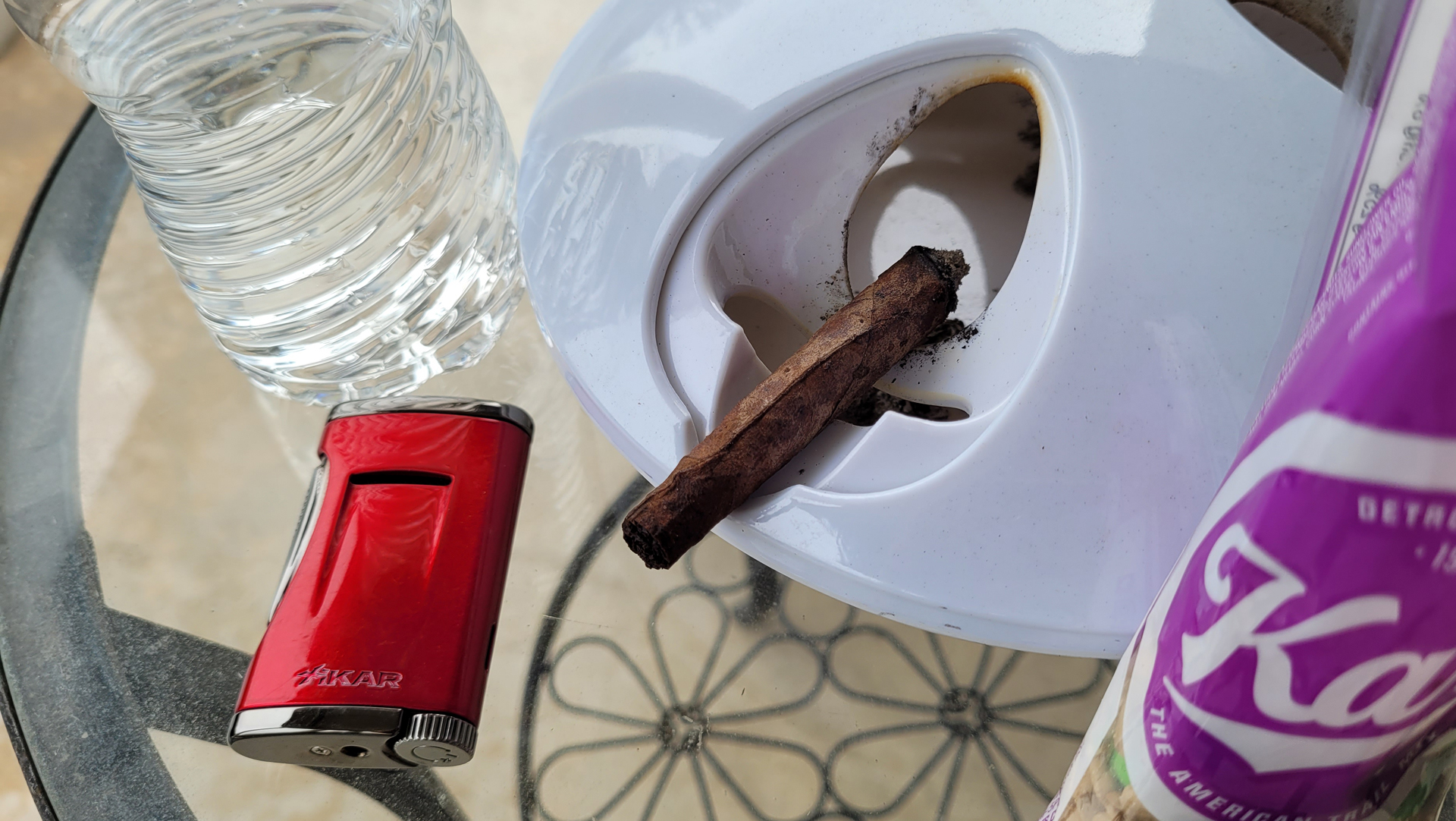 The Bon Gusto is a short, mellow little fellow that’s not big on body or flavor, but for a 35–minute tobacco fix, it did the job. For me, the taste was clean and natural with a woodsy streak. The fire-cured aroma took a little getting used to, but for those familiar with the Drew Estate KFC cigars, the Bon Gusto delivers a pretty good broadside of hickory. For something entirely different in a short, low-maintenance smoke, it was relaxing and I pretty much nubbed it. 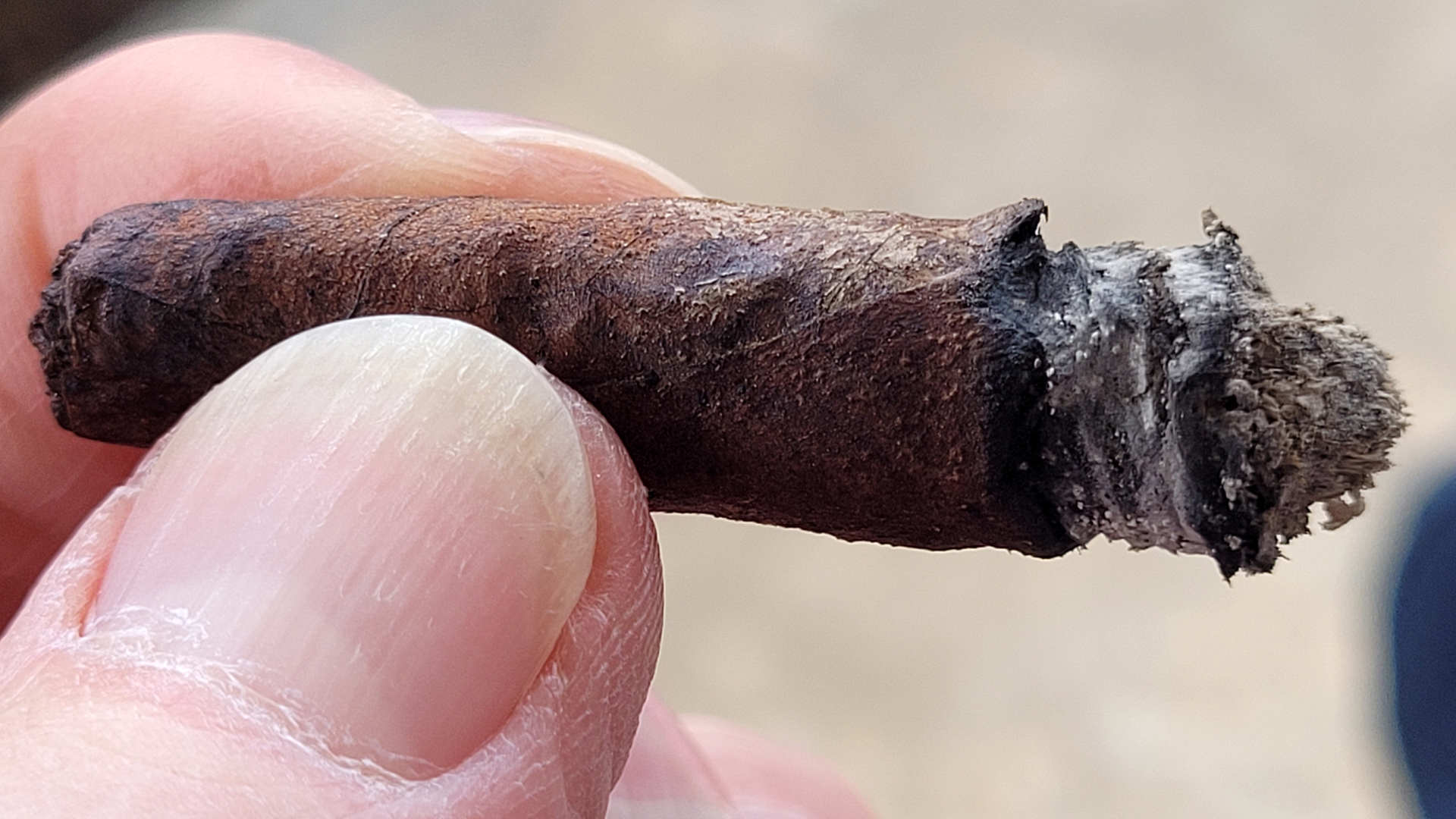 Reading Time: 6 minutes The follow-up to the hit Project 40 series by Alec Bradley, Project 40 Maduro, has landed on our desks. Come check out our video review that’ll break things down so that you’ll know whether this cigar is right for you!