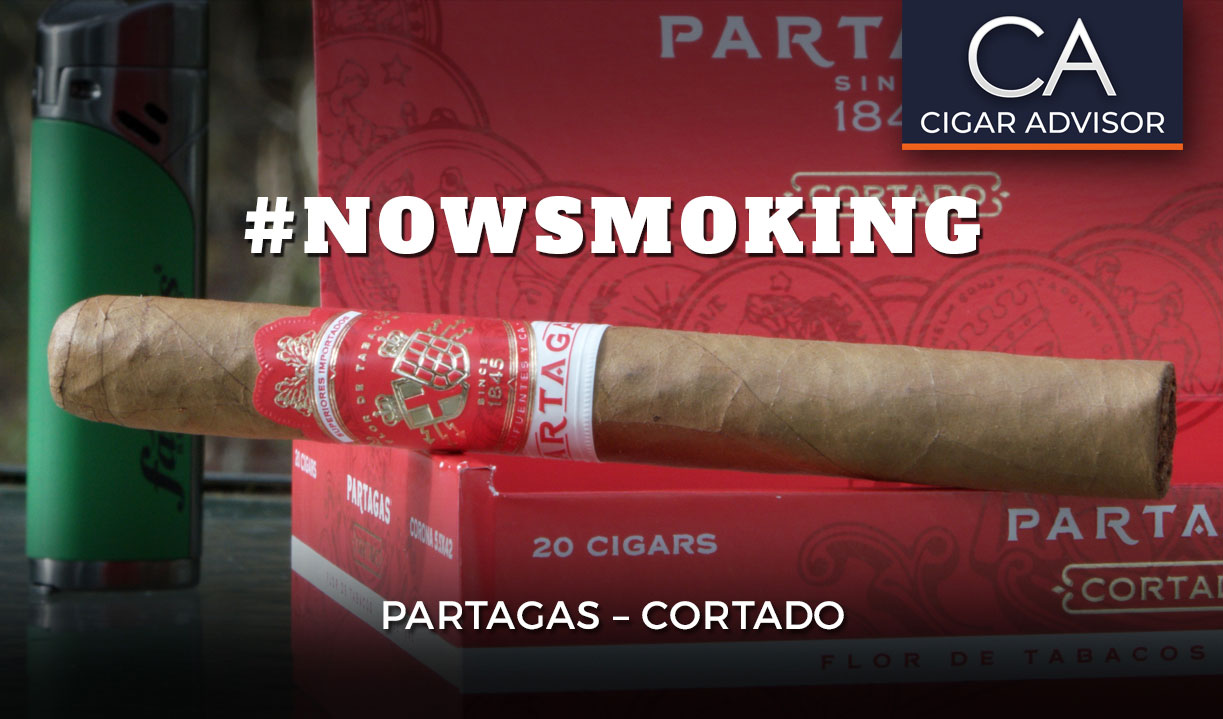 Normally known for bravado in their cigarmaking, Partagas is jumping aboard the Connecticut train for our Cortado cigar review. And they’re not the first. They’re actually the latest in a long line of normally bold blenders reaching out to smokers who want mellower sticks to puff on. Companies like Joya de Nicaragua (with Numero Uno) and Dunbarton Tobacco & Trust (with Brulee) have started a trend that stems from the demands of aging boom-era smokers. Those folks who wanted bolder blends in the 90s aren’t looking for the hard stuff anymore. 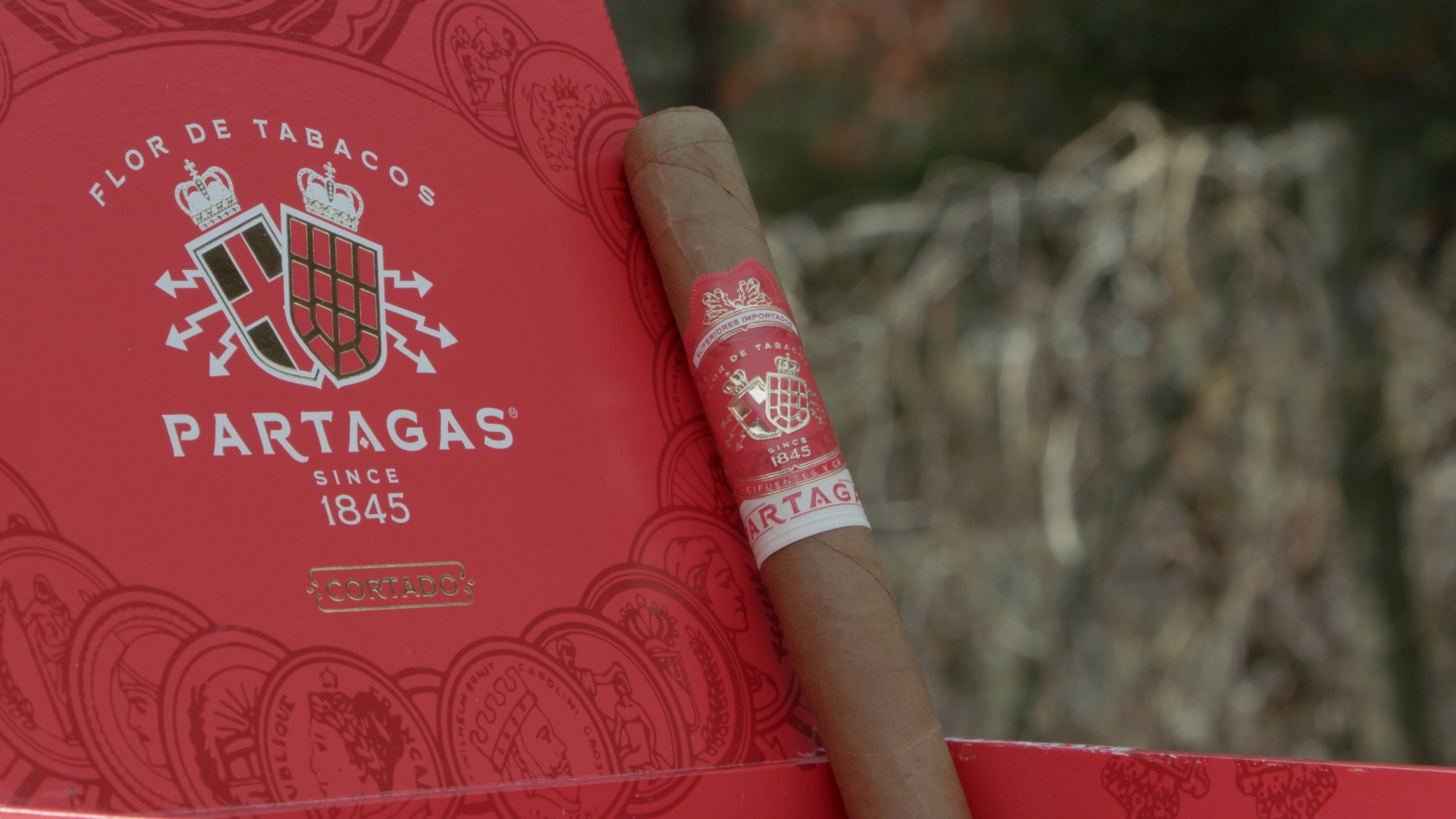 So can Partagas Brand Manager Matt Wilson who said in a press release, “With interest in the Partagas brand continuing to grow, we felt it was the right time to expand the brand portfolio with a mellow-to-medium-bodied blend.”

Both Numero Uno and Brulee that I mentioned above were able to pull off what was once thought impossible – making a Connecticut cigar not just mellow, but memorable. I’m here to see if Partagas can repeat history. 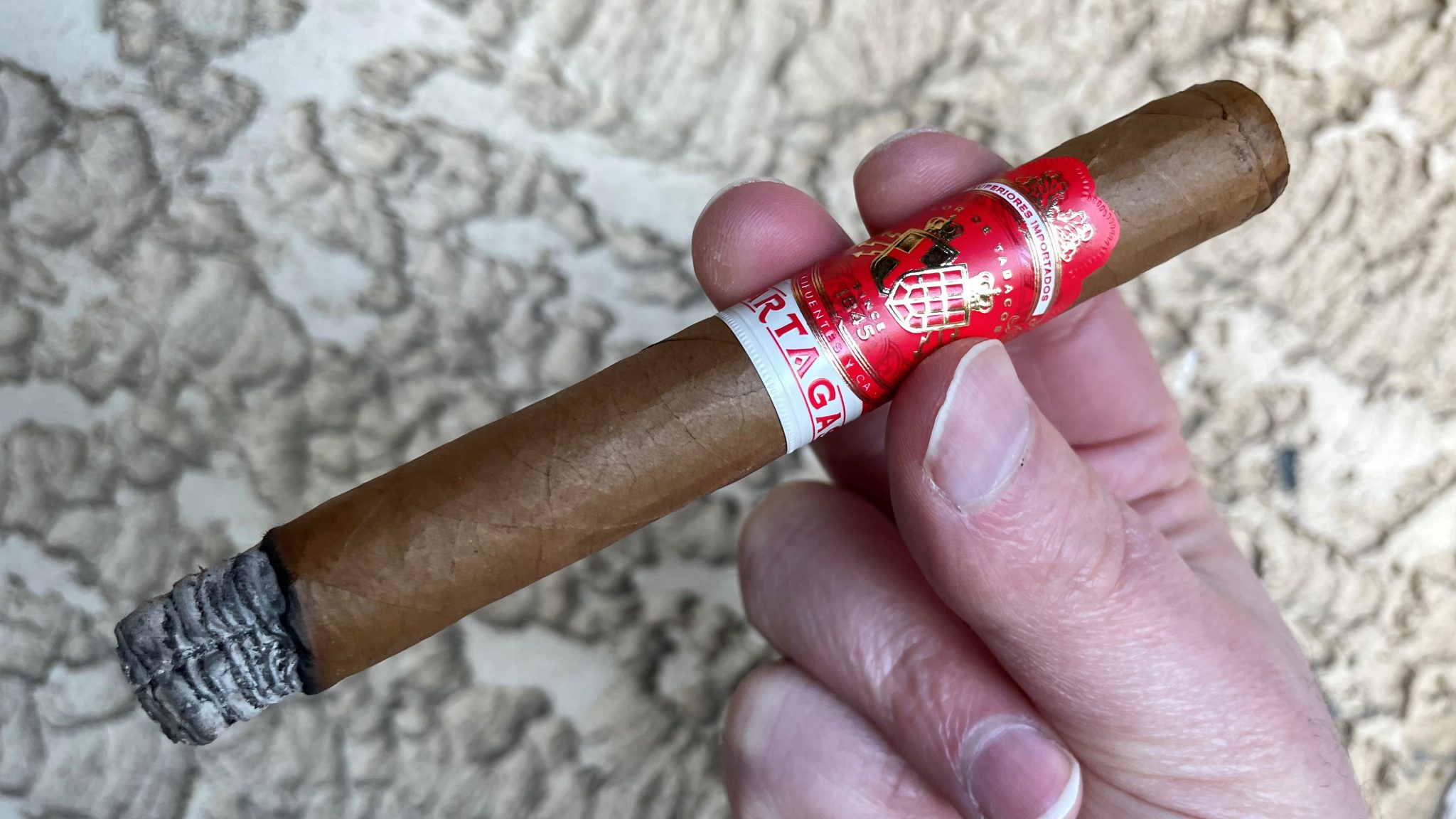 First things first. Cortado is still very much a Connecticut in terms of strength and body. Where it differs is in its flavor. Sure, there’s still cedar, but there’s no cream or vanilla. Instead via its fillers, there are subtleties you’d expect from stronger cigars – like darker woods, and a floral finish. Yet, there’s very little spice. Like a Connecticut that’s evolved into something just a bit more. 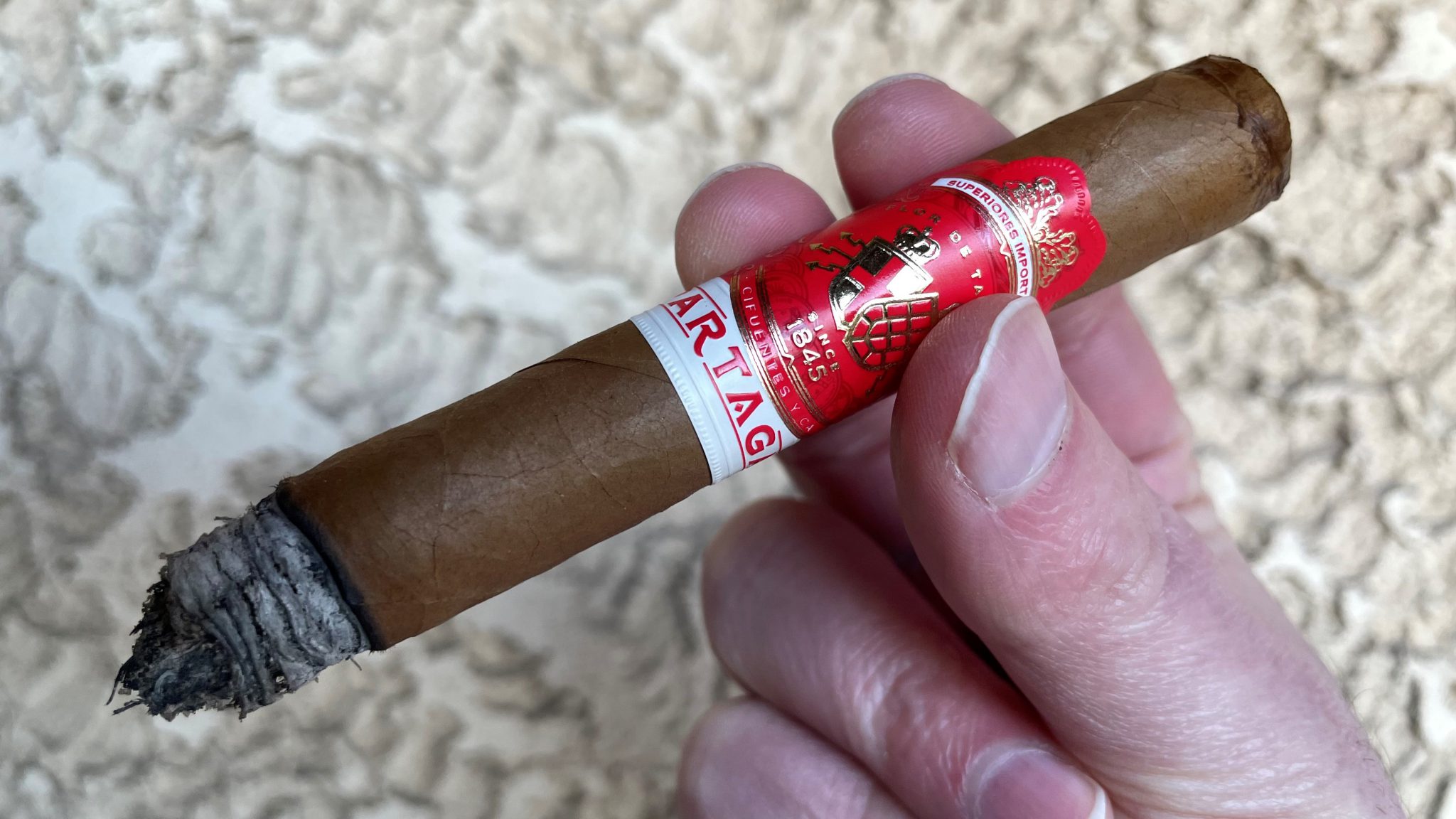 Cortado is on the lighter side with only a few minor changes throughout my sessions. On an unrelated note, it smokes faster than I expected. And it probably has a lot to do with its size. You don’t see Connecticut Coronas too often, and that’s because these smaller ring gauges tend to be stronger and counterproductive to the mellow profile the blender is trying to achieve. Somehow, it all works here. Cortado isn’t strong, but its flavors are poignant. It’s also smoking super smooth. 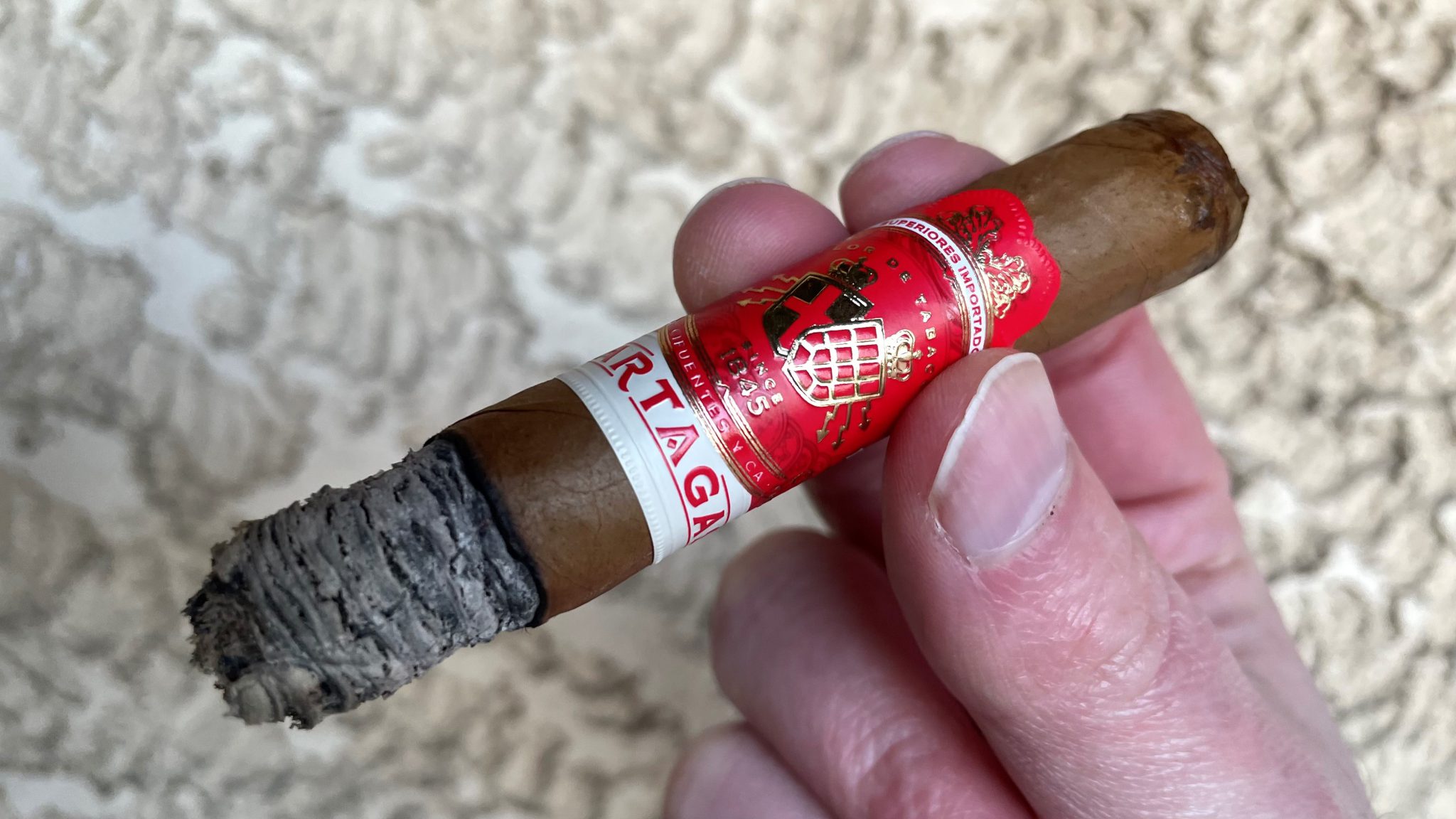 Again, no real changes from its baseline flavors of cedar, fig, and flowers, but I’ll tell you what, this could be your new go-to morning cigar. It’s kind of like upgrading from regular Cheerios to Honey Nut. No longer boring, and worthy of a second bowl.

I’d steer clear of the liquor cabinet all together. Try coffee, hot chocolate, maybe even just some ice-cold chocolate milk. Cortado’s sweetness is on the lighter side, so boosting that with what’s in your cup will get you a lot of extra mileage.

Are Partagas Cortado Cigars Worth Smoking? 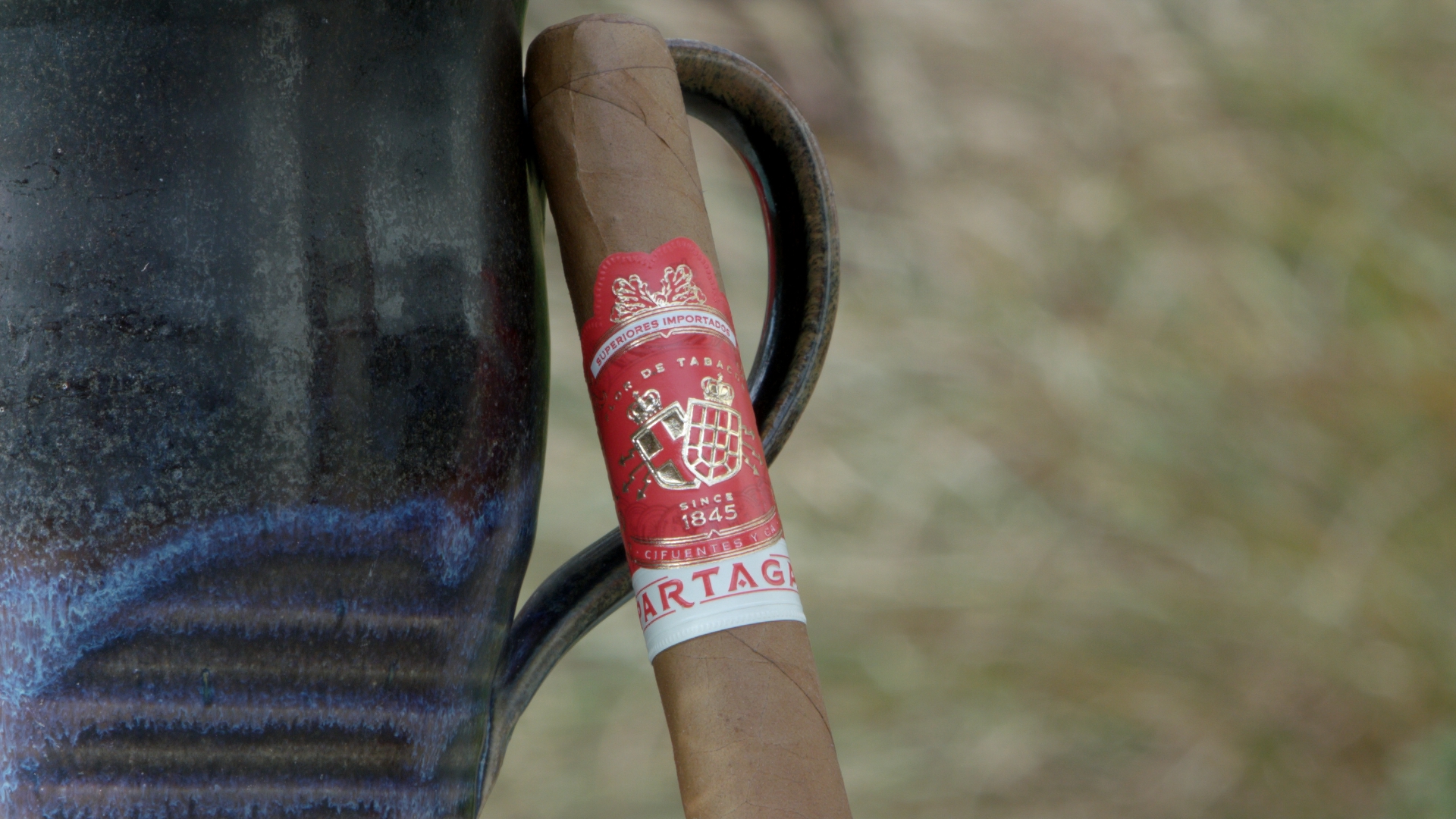 Cortado isn’t part of the new school of Connecticut where blenders are using those wrappers on stronger blends. Instead, it’s rather like Connecticut 2.0. More excitement than you’re expecting, but with none of the downsides. You could light this up and smoke it on repeat like a Mac Café and be no worse for the wear, but my money is on you discovering more reasons to repeat with a Cortado. Sorry, Mac. We still love ya.

Reading Time: 2 minutes In this Master Blenders podcast, HVC Cigars Founder and President, Reiner Lorenzo, talks to Gary Korb about how life after Cuba turned him into an entrepreneur. The interview, which covers his approach to blending in the Cuban cigar tradition, and more, is a compelling look at how Reinier developed the HVC brand.

#NowSmoking: The Year in Review