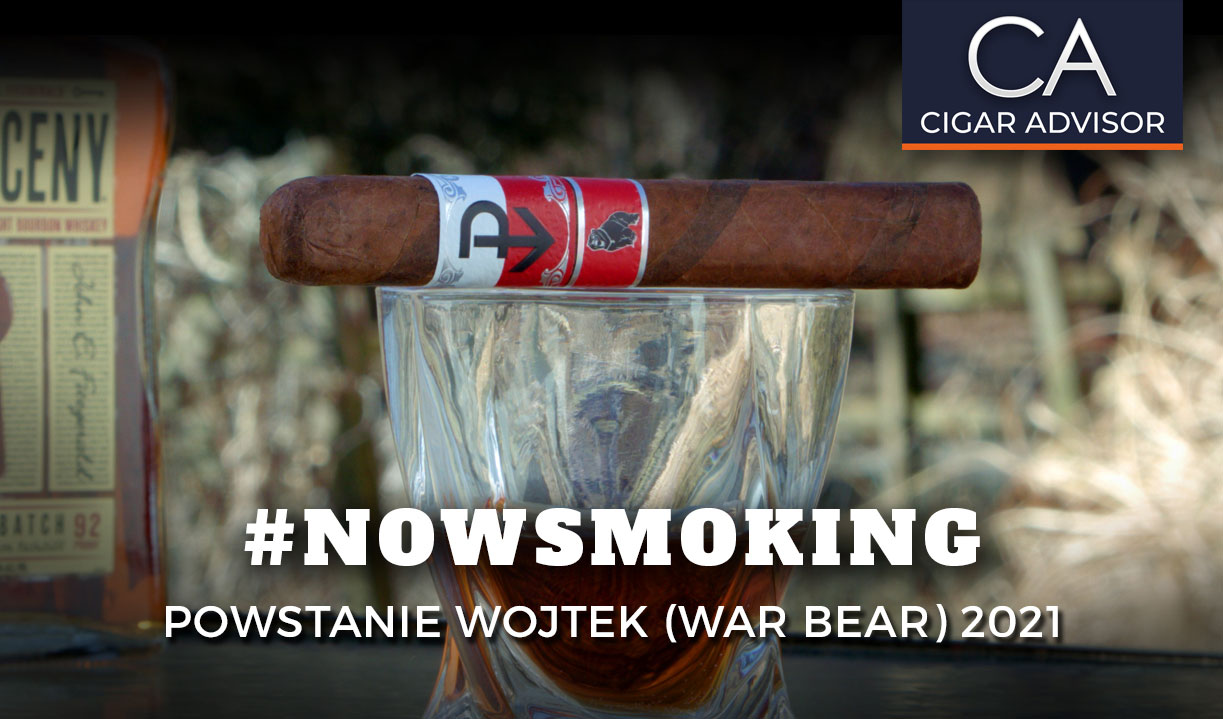 Presented in boxes of 21 cigars

We’ve all heard of war dogs. But have you ever heard of a war bear? Before we light up this Powstanie Wojtek [pronounced, Poh-shton-yeh Voy-tek] for its cigar review, check out the amazing true story that inspired its name.

It was early April 1942. A group of Polish soldiers accompanied by refugees had just been evacuated from the Soviet Union to a train station in Iran. One of the refugees, a young woman named Inka Bokiewicz, saw a boy at the station who was selling a Syrian Brown Bear cub. After some persuasion from Inka, a Lieutenant named Anatol Tarnowiecki purchased the bear. The young cub followed the refugees to a camp in Tehran where Inka took care of him for the first few months. Eventually, he was donated to the Polish Army’s 22nd Artillery Company. 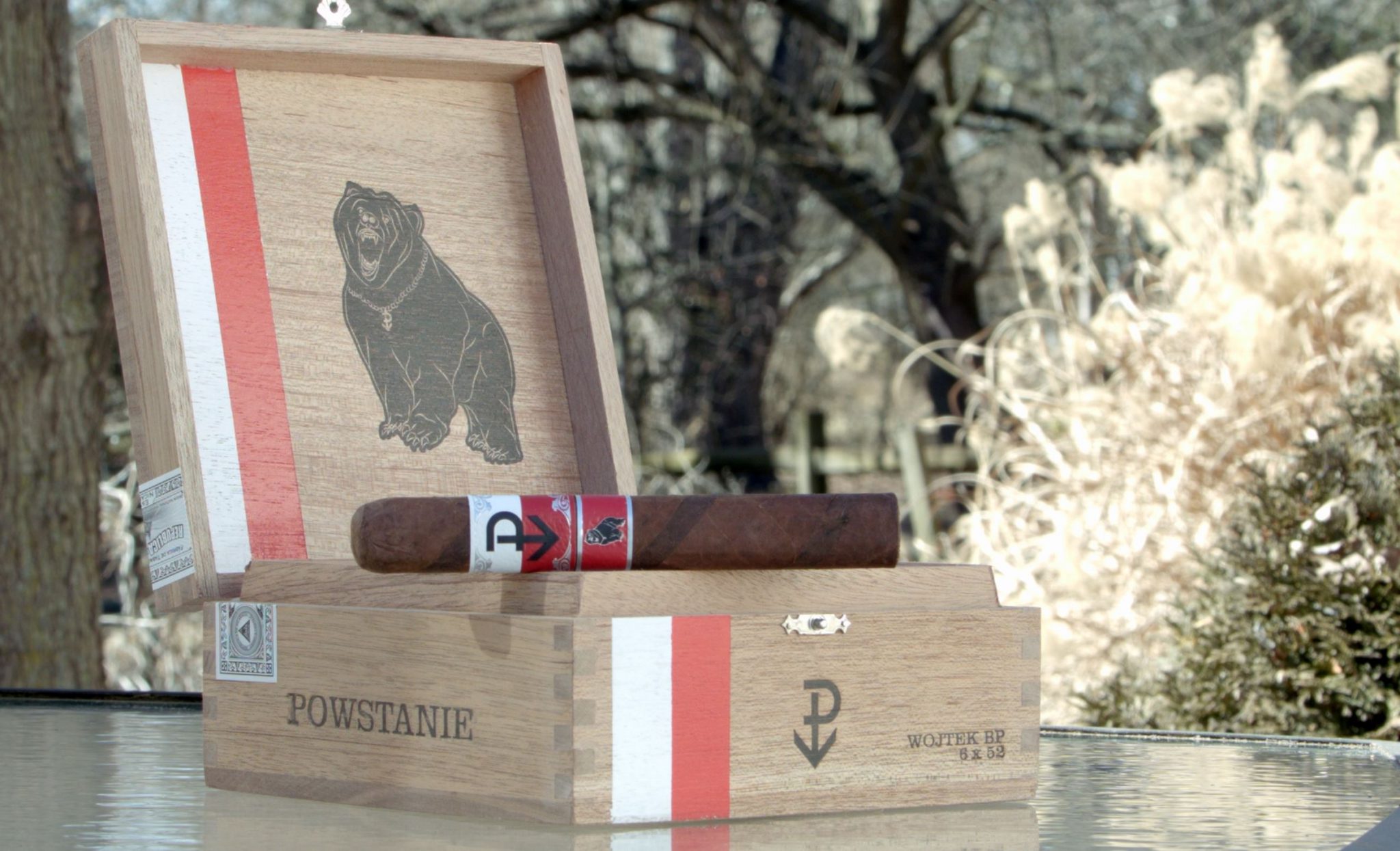 Wojtek wasn’t merely an army mascot, he was enlisted and given the rank of Private. He served alongside the men of his company – he even drank beer with them! – ferrying ammo where it was needed. For Wojtek’s service during the Battle of Monte Cassino, he was promoted to the rank of Corporal.

The story fits the Powstanie theme: Brothers Mike and Greg Szczepankewicz who also co-own a popular Florida cigar retailer named their brand after the Polish word for uprising. You’ll see symbols on their packaging used by the Polish Resistance in WWII.

And in case you’re wondering, Wojtek survived his exploits in the military and became a Polish national hero. He spent the remainder of his life in the safety of Scotland’s Edinburgh Zoo. A statue in his honor remains in the city. 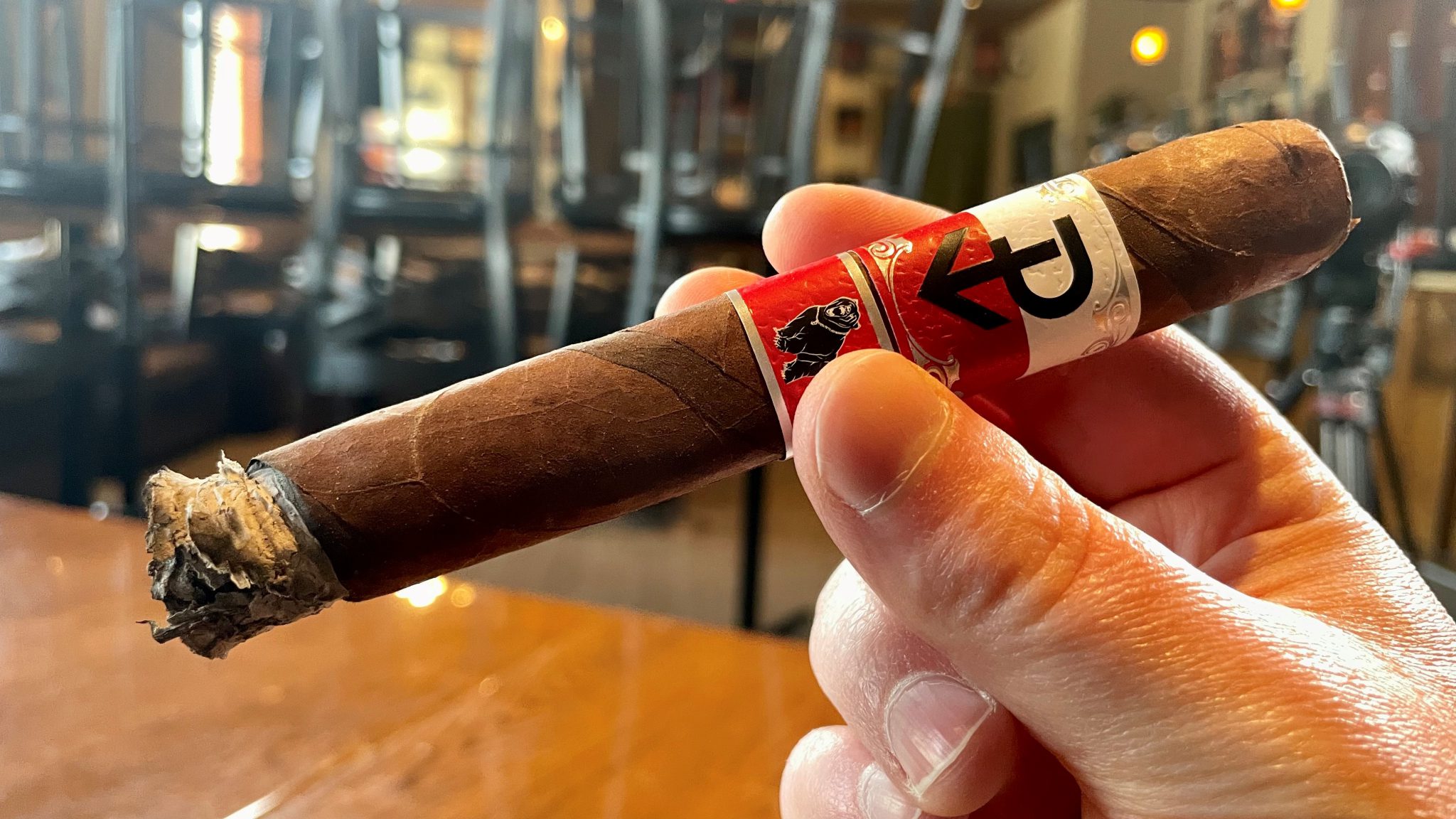 Wow, this thing is complex right off the line. Notes of cedar, cream, and earth were my welcoming party, along with a layer of black pepper and earth underneath. About a half inch further in, I’m noticing some of the San Andres influences – dark chocolate and coffee. Interestingly, the barber pole format of the cigar gives much more emphasis to the Ecuador Habano. Only a thin strip of Maduro is interlaced. This gives the cigar much more nuance instead of the night and day flavors you sometimes get from most double-wrapped cigars. 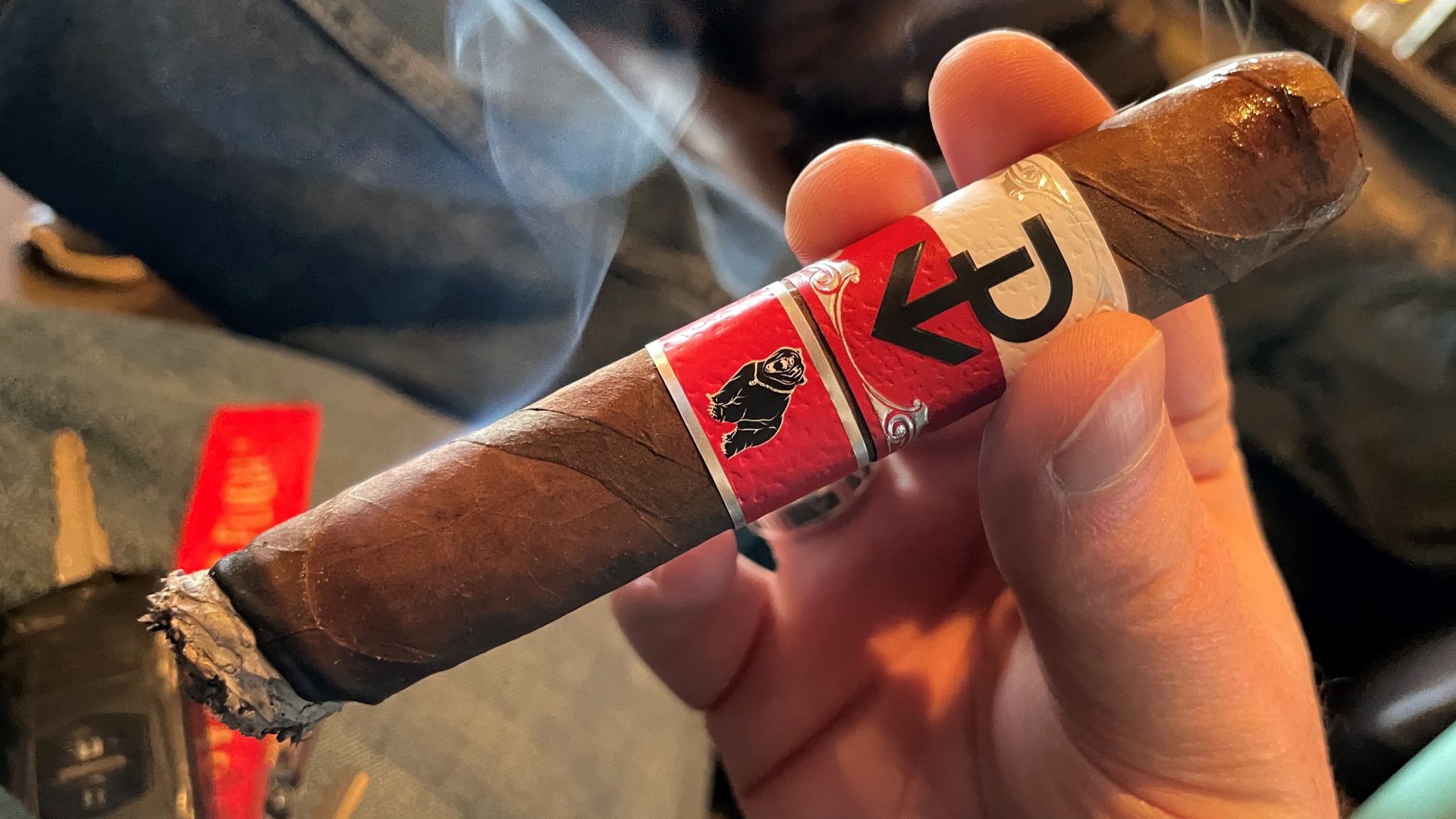 Around halfway through the Wojtek, there’s some pop-up flavors of baking spices, but still predominantly creamy, woody, and earthy. The cocoa and coffee – which reminds me a bit of espresso – is still lurking in the background. Lots of flavor balance here. Very sweet. Nicely spicy, and a dash of salt here and there that makes my mouth water. 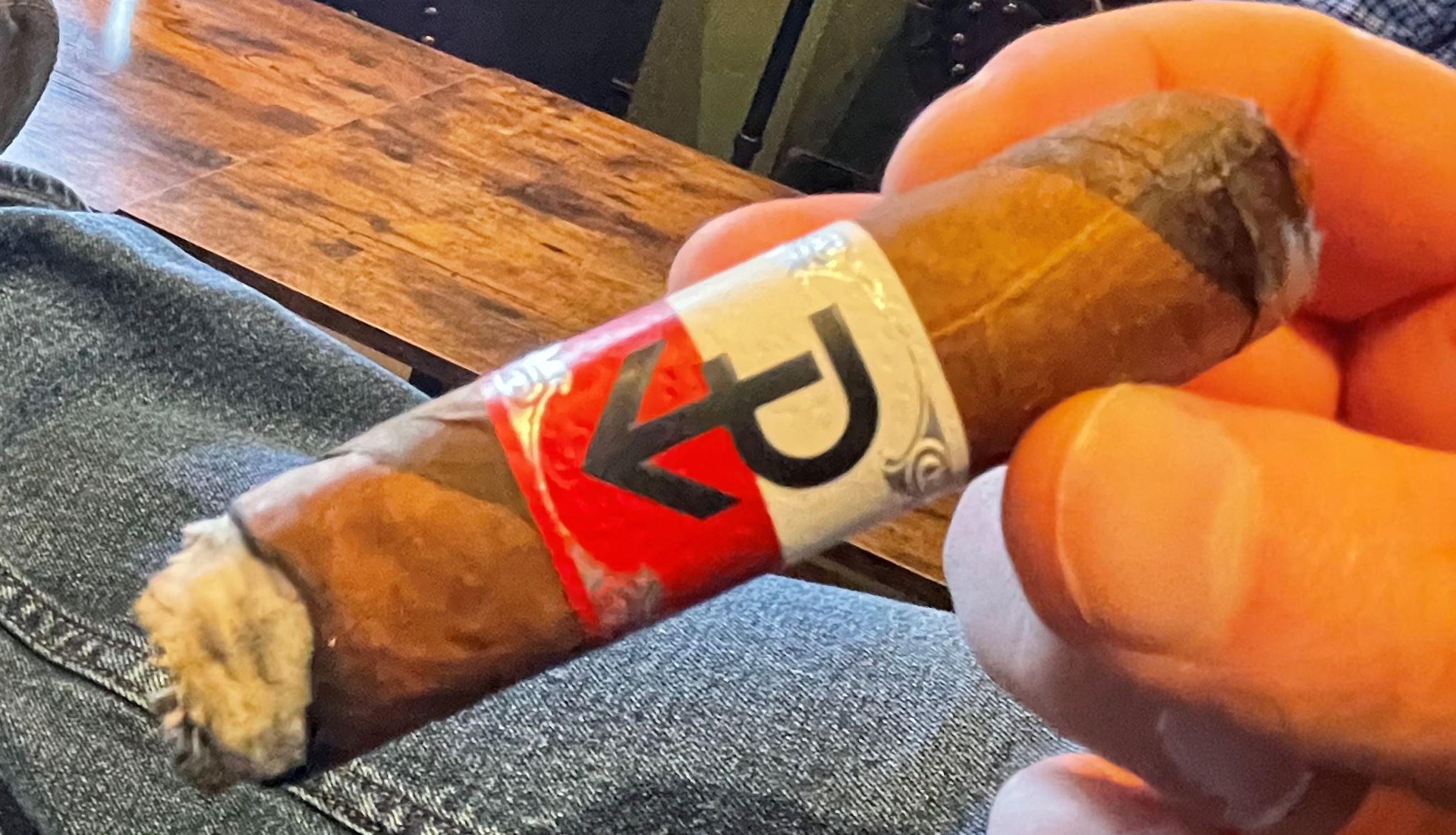 Toward the end of my session with Powstanie Wojtek, the cigar is still burning especially cool despite its full body, thanks in part to its box pressing. The same flavors as above remain, but they’re married now that the smoke has been coursing through the cigar for nearly an hour. And with it, there’s a distinct richness to the smoke – it’s heavy like cream and hangs in the air around you. Plenty of aroma for your senses.

I’d go non-alcoholic and match Wojtek with a Dr. Pepper. Sweet, fizzy, and has spice to match. Pretty simple.

Are Powstanie Wojtek 2021 cigars worth smoking? 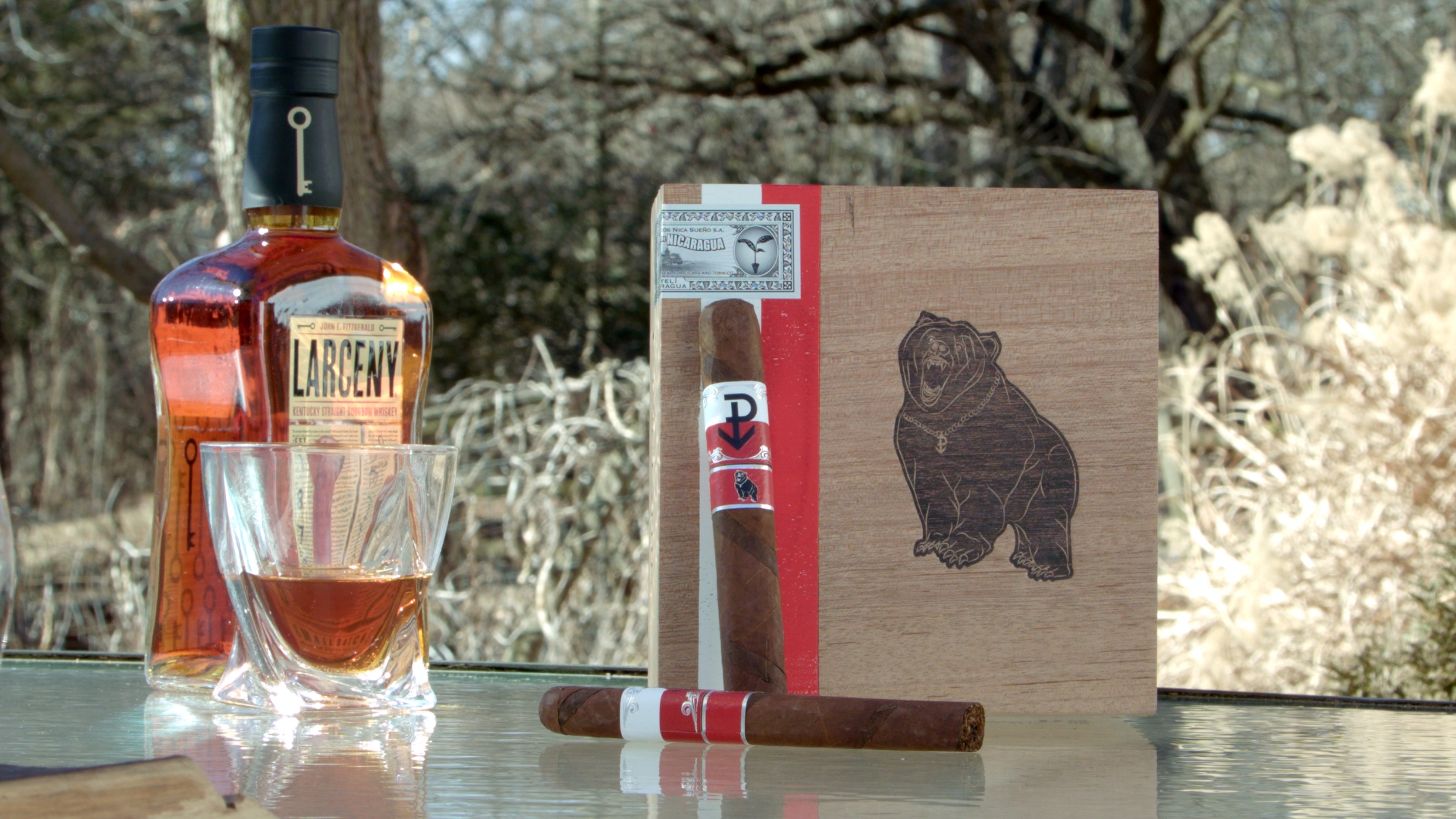 Full-bodied yet approachable is about as good as it gets in the cigarverse, so Powstanie can take my money for Wojtek any day. For a name that’s relatively unknown, Powstanie Wojtek is a little steep on the price tag, but I think they’ve made a cigar that’s worth the money you’ll spend. Consider it next time you’re looking for a weekend burner.

Read More
Food & Drink
Love cigars AND a great belt of whiskey? With so many different styles and brands of drink to choose from, use these shortcuts to find which cigars to pair with whiskey - and why these cigars make up 10 of our favorite pairings. Click to read now!
Read More