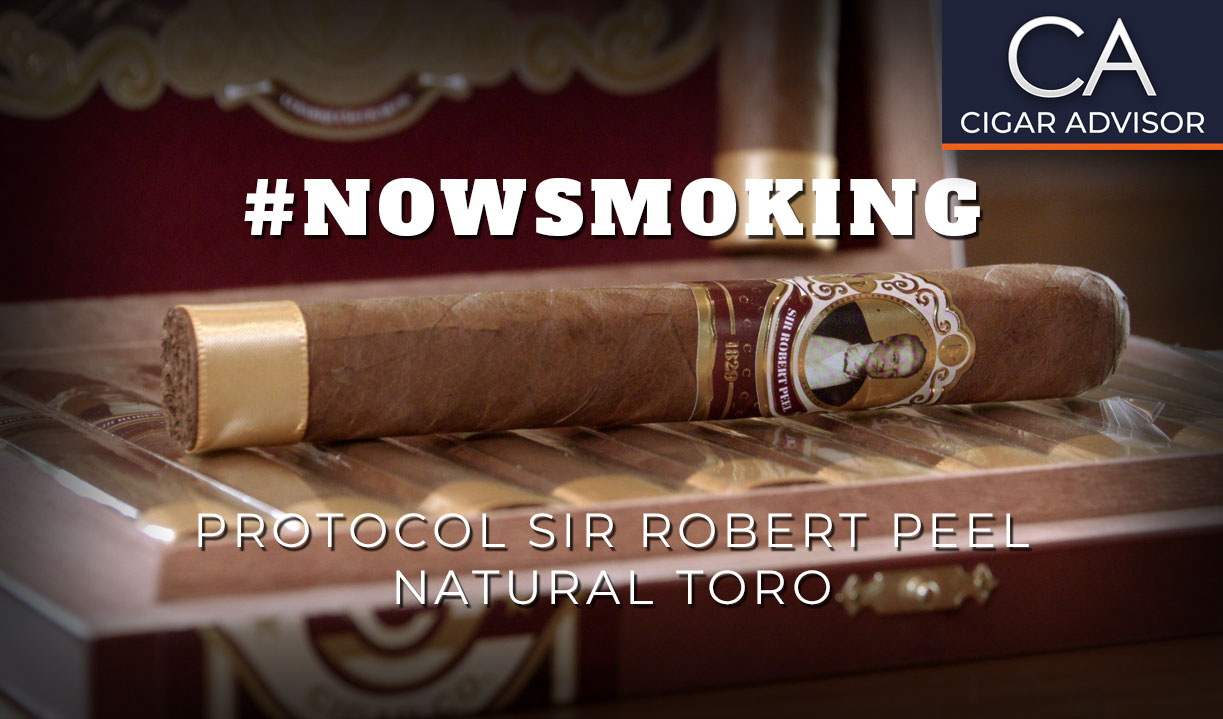 The Protocol Sir Robert Peel cigars from Cubariqueño Cigar Co, are named for the man known as “the father of modern-day policing.” Cubariqueño’s founders, Juan Cancel and Bill Ives were police officers, and this selection continues the policing themes that are exhibited in all Protocol cigars.

Sir Robert Peel (1788-1850) served twice as Prime Minister of the United Kingdom and Home Secretary. In 1829 Peel founded the Metropolitan Police Service, which today is known as Scotland Yard. Peel was also known for enacting significant reforms to police work, and was the architect of the Peelian Principles that became the police code of ethics.

The Sir Robert Peel line is made at La Zona Cigar Factory in Estelí, Nicaragua and offered in two blends with all Nicaraguan binder and filler cores. The cigar reviewed here is has an Ecuadorian Rosado wrapper, while its sister blend is rolled in a Pennsylvania Broadleaf Maduro wrapper. Both cigars are handcrafted in only one size, a 6″ x 52 box-pressed Toro. The cigars are presented in 10-count boxes and come with an MSRP of $11.95/cigar (at press time).

Incredibly well. The box pressing is more rounded than square, which is intentional. The wrapper is pristine and has and displays a semi-gloss oiliness. It’s seamlessly rolled and pressed, and affixed with a neat, triple seam cap. The cigar shows no soft spots and has nice weight and feel in the hand. The band, which displays the image of Sir Robert Peel, echoes some of the American cigars of the early 20th century that featured photos of senators, presidents, governors, et al. A yellow silk secondary band is located at the foot of the cigar.

Creamy and dreamy. This Toro starts out very smooth with a mellow to medium body, and builds to medium-plus in the latter stages. The cigar burns evenly, never requiring any touch-ups or relights. There’s plenty of dense, creamy smoke throughout, emitting an earthy-woody aroma. The flavors were pretty consistent, too, offering some interesting change-ups along the way. Retrohales were more spicy than peppery, so there was no residual sting left in our noses. However, Khuong picked-up more flavors in the retro than I did. 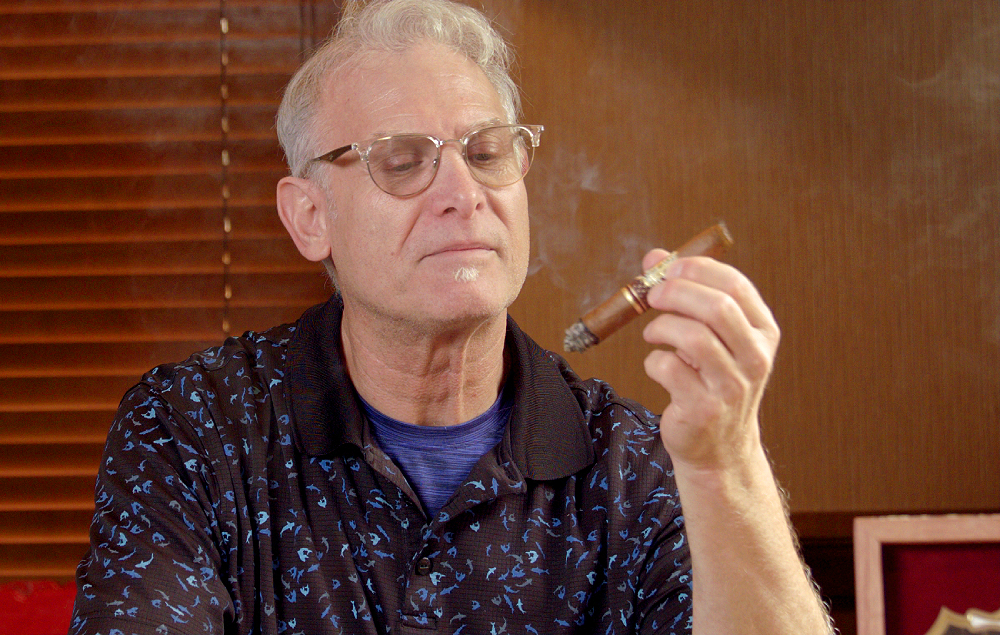 Earth, spice, cedar, sweet tobacco, light pepper. An earthy-spicy start transitions to a spicy, woody smoke with notes of sweet tobacco and some light peppery spice that lingers on the finish. We were pretty much in-sync on this.

Based on how the peppery spice seemed to ebb and flow, you could say this was a complex cigar. I think Khuong put it best when he said, “It’s keeping me interested,” which is usually a good sign that a cigar is taking some nice twists and turns. 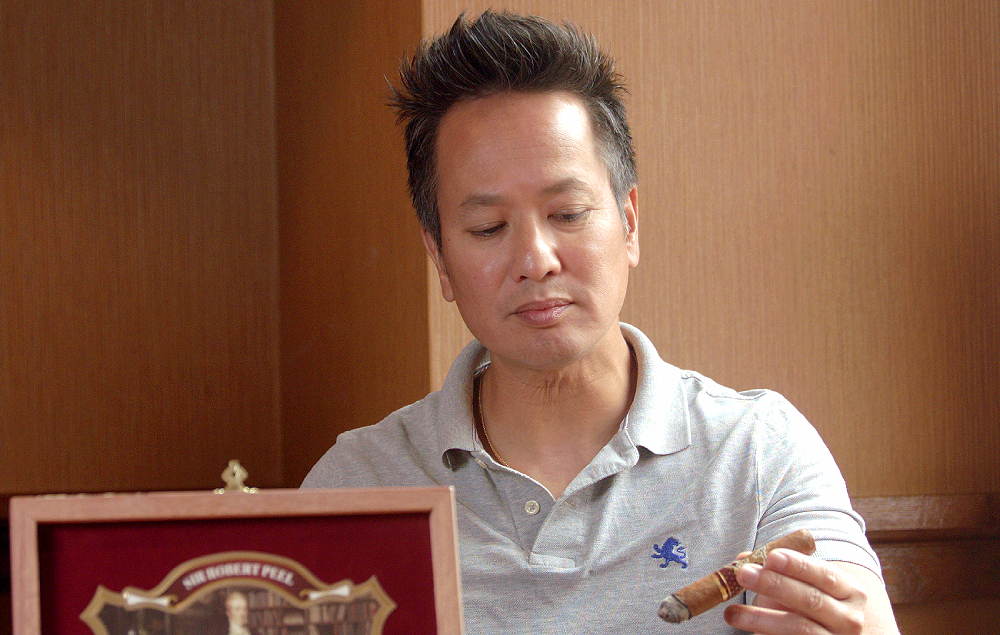 Khuong suggested a bold IPA beer with this cigar. I thought it would go well with a Daquiri or a dark, añejo rum. Bourbon would go nicely, too. We both agreed the cigar goes well with coffee, but an espresso might be even better for this cigar.

We both felt this cigar would be better appreciated by more experienced cigar smokers for its full-flavor and complexity. It’s also a bit pricy for a lot of n00bs, but I think a good number of newer smokers would really like the flavor profile. This cigar has a little bit of everything going on, especially with this Ecuadorian Rosado wrapper.

For sure. Fans of Protocol have already jumped all over this Sir Robert Peel cigar. The initial boxes we received at Famous Smoke Shop sold-out virtually overnight. That said, anyone who follows Erik Espinosa’s cigars will be pretty thrilled with this blend, too. It checks all the boxes.