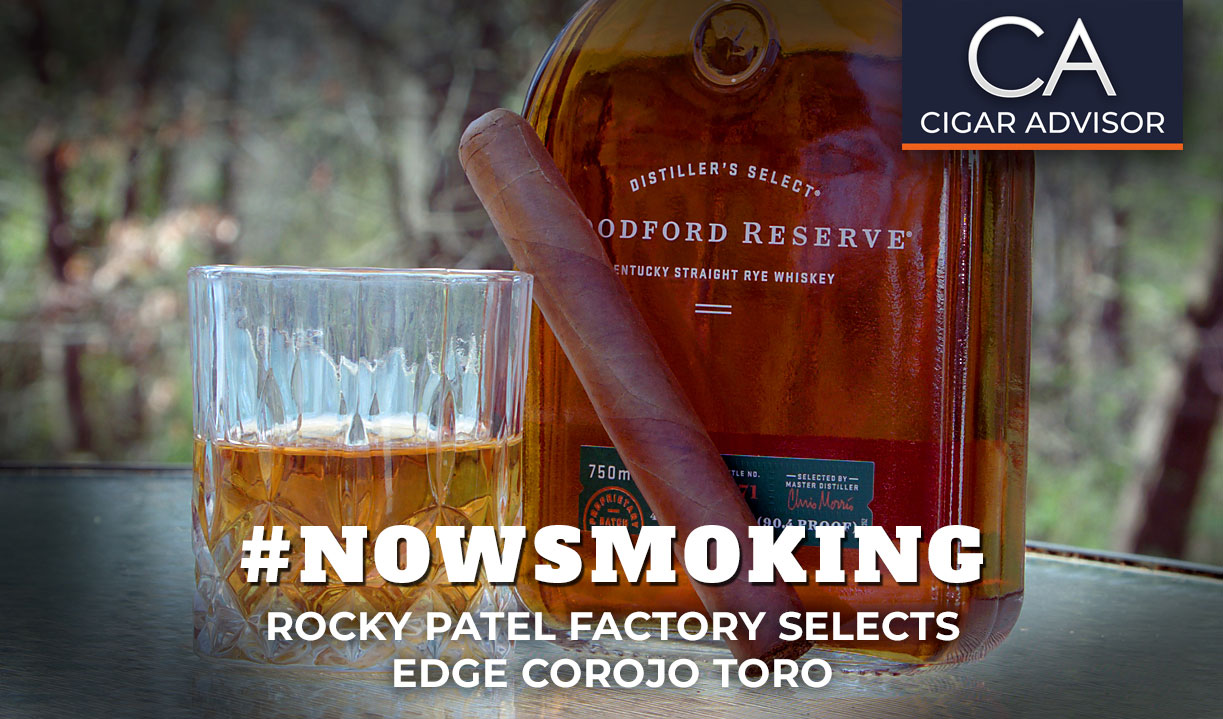 Presented in bundles of 15

When Rocky Patel first released The Edge cigars in 2004, they were presented unbanded in big, crude-looking wooden cases with 100 cigars. They came in only two sizes and two wrappers, a Toro and a Torpedo in Corojo and Maduro respectively. At that time, the cigars sold as singles for about five bucks, and since then have increased by less than a dollar at press time. 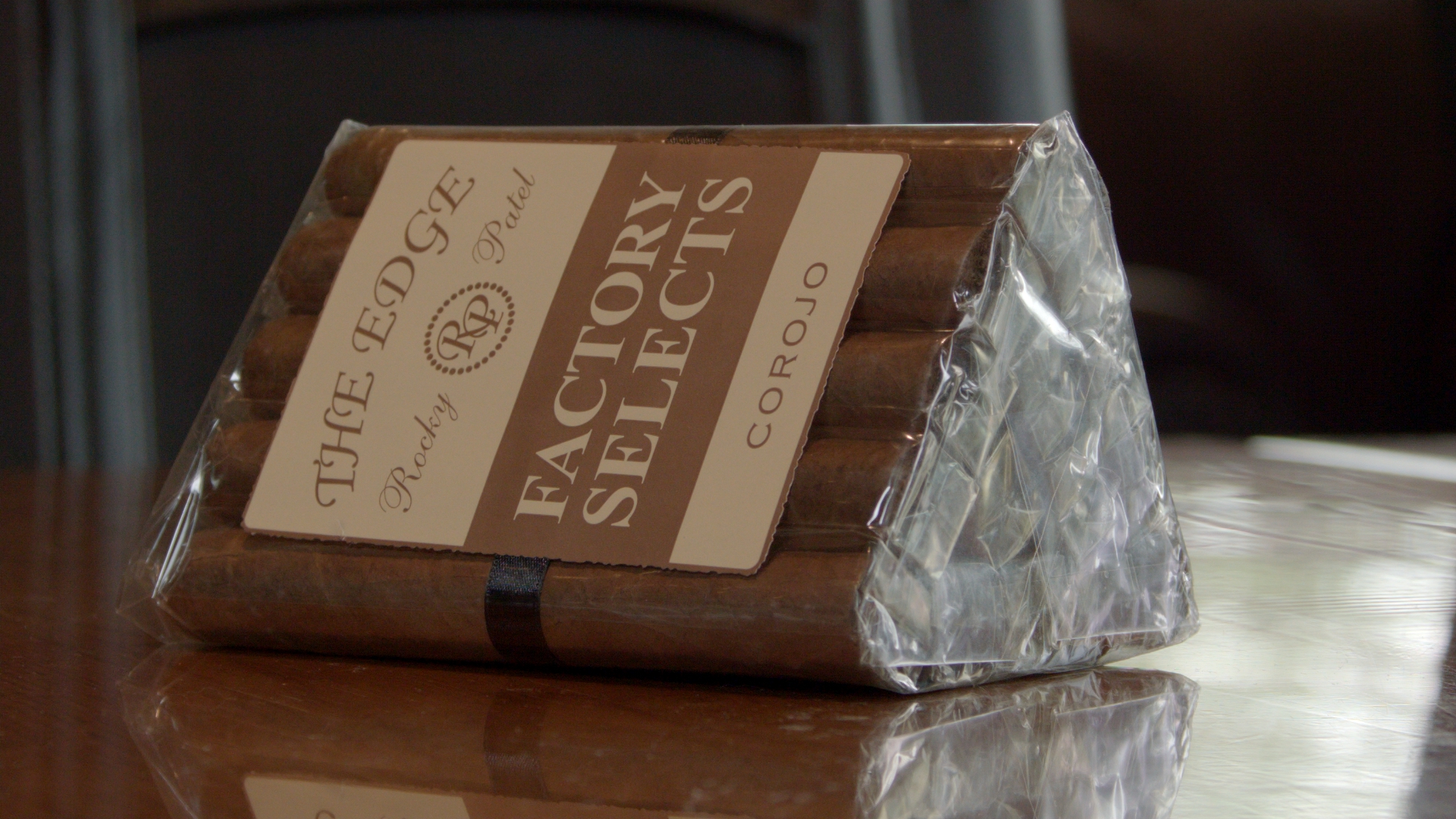 The cigar was so successful out of the gate you could argue that The Edge was the cigar that put Rocky Patel in the driver’s seat. Boxed versions with bands only at the foot followed, and so did the media reviews for the Edge by Rocky which included numbers as high as 90 and 94. Then several years ago, Rocky decided to create the Factory Selects line. These were the Edges that didn’t quite meet his exacting standards, so they could be sold as value-priced bundles, and between the boxes and the bundles it’s hard to say which lines get more action.

Construction: The cigar is well-built. No soft spots. The wrapper was even in color with a silky texture and finished with a double seam cap that was just slightly off.
Cold Draw: The cap clipped cleanly offering a mostly sweet and salty tobacco flavor.
Base flavors: Nutmeg, hazelnuts, sweet cedar, light cinnamon.
Aroma: Sweet.
Burn & Ash: Textbook, no issues. 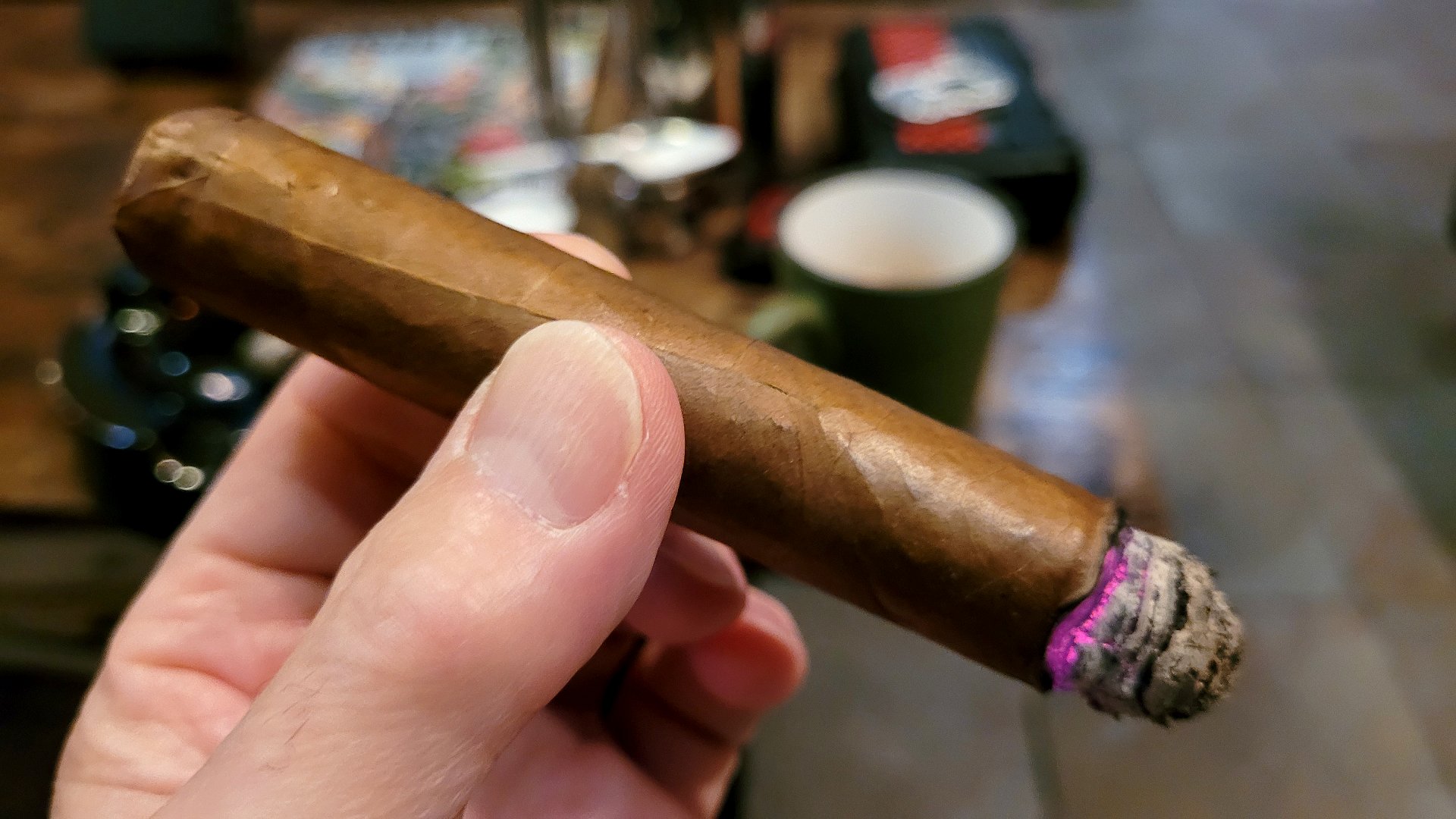 The opening flavors were spicy, but not peppery. The burn got off to a very good start, and within the first half inch the cigar rounded out with notes of nutmeg and cedar. By the first inch a very firm ash was forming while the flavors were a nicely balanced combination of nutmeg, a dash of cinnamon, sweet tobacco and cedar. So far, very creamy with a medium body and strength. 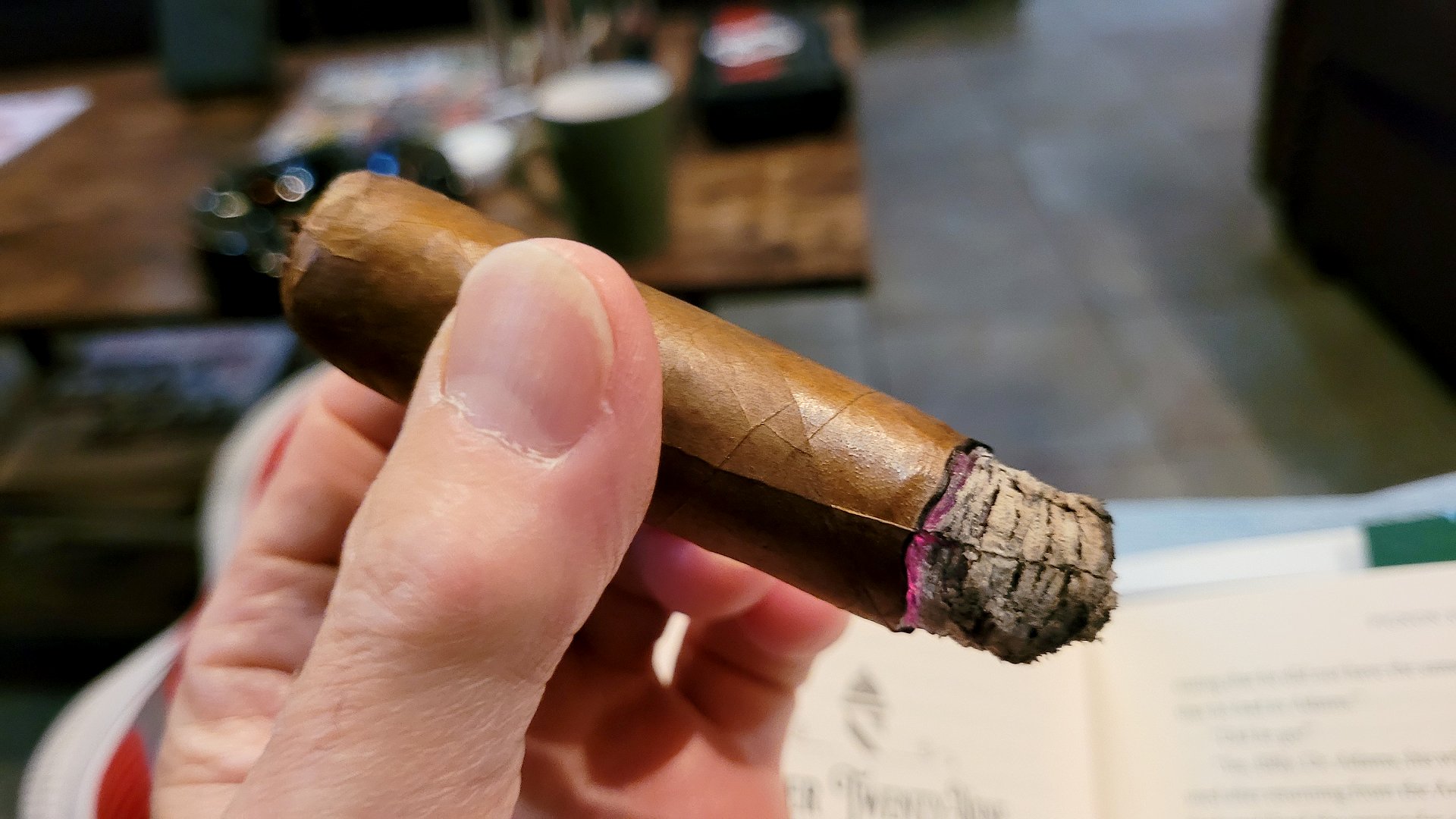 Just before entering this section some hazelnut entered, joining the preceding flavors. The body and strength increased only slightly and some additional spice moved in. Still well balanced and creamy, the dominant flavors were nutmeg, hazelnut, light cinnamon and sweet cedar on a fairly long finish with some lingering spice. 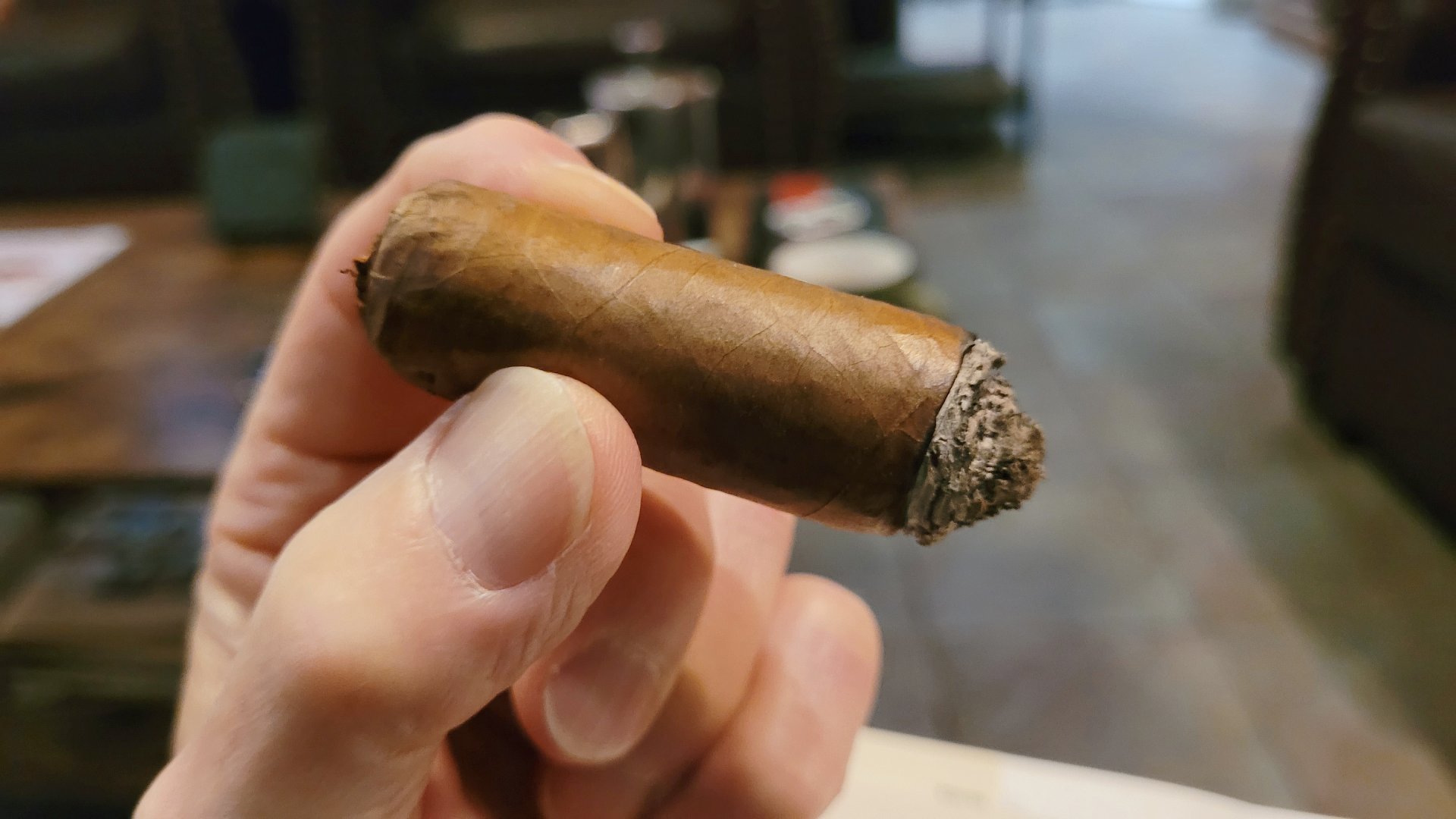 Still very smooth and medium-full in strength. Nutmeg and cinnamon were more out front. The smoke turned a little sharper in taste but the cigar wasn’t burning too hot either. Additionally, even at this late stage the cigar continued to burn evenly.

The Edge Corojo is pretty flexible as far as what whiskeys to pair with it. So, it’s up to you, but try it with a Woodford Reserve Old Fashioned. It also goes well with a strong cup of coffee or an espresso. For more combinations, see our Cigar & Spirit pairing guide.

From a performance standpoint the Factory Selects Edge Corojo Toro pretty much checked all the right boxes. So, if you’re looking for an economical alternative to the boxed Rocky Patel The Edge Corojo, this Factory Selects version will do right by you. If you’re a stickler for discounts it may please you to know that you can buy two bundles of Factory Selects and still come out way ahead of the box price. 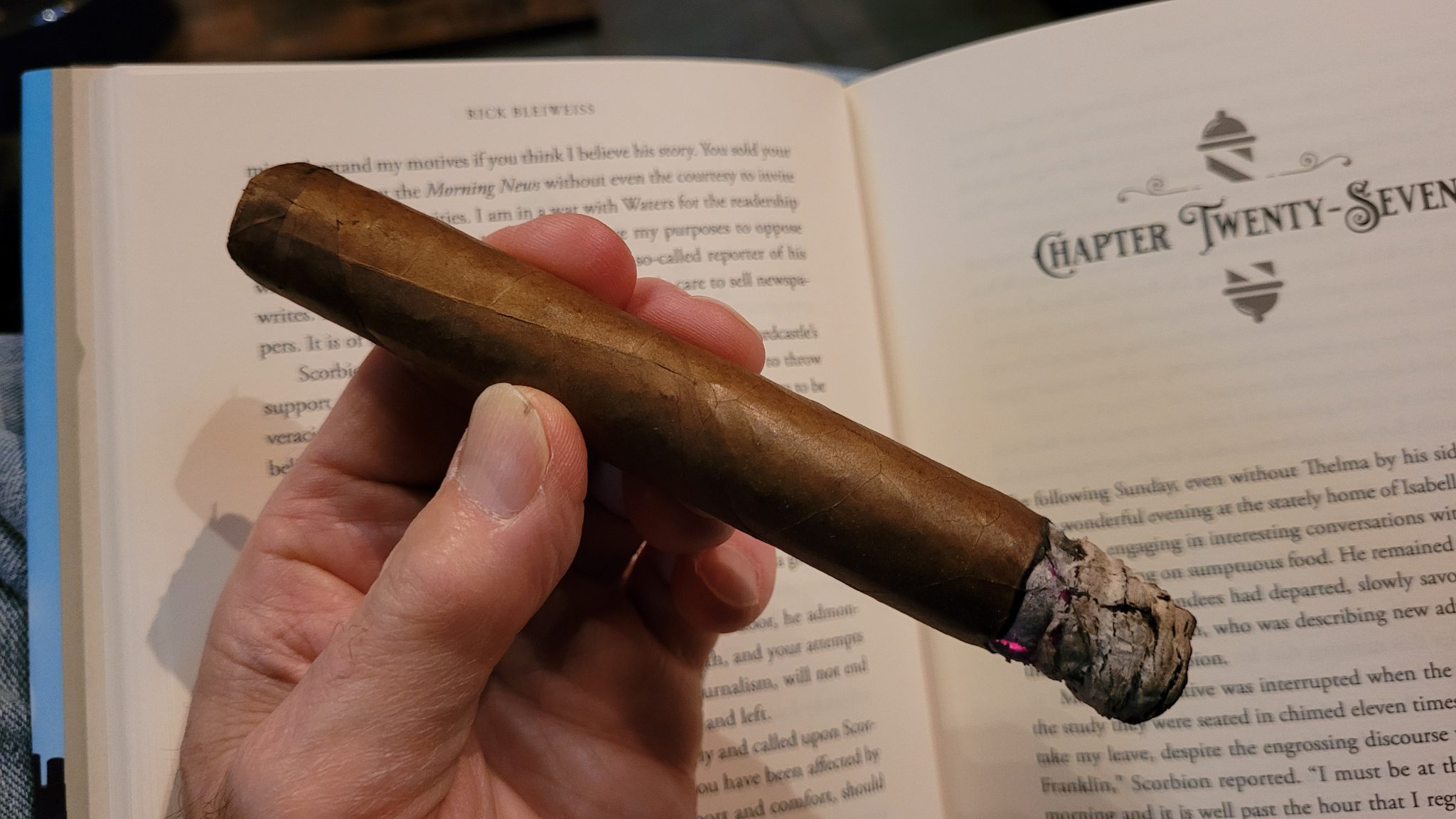 Keeping things in perspective, these are still bundles. This review was based on just two cigars, both of which were very consistent. I’d say that’s encouraging, but I can’t say if all 15 in the bundle will be. All-in-all, both of my cigars were enjoyable and I can easily recommend the Toro as an anytime, anywhere smoke for just about any activity, or inactivity, for that matter. Suffice it to say, that as most bundles go, this Edge Corojo version is certainly a cut above.