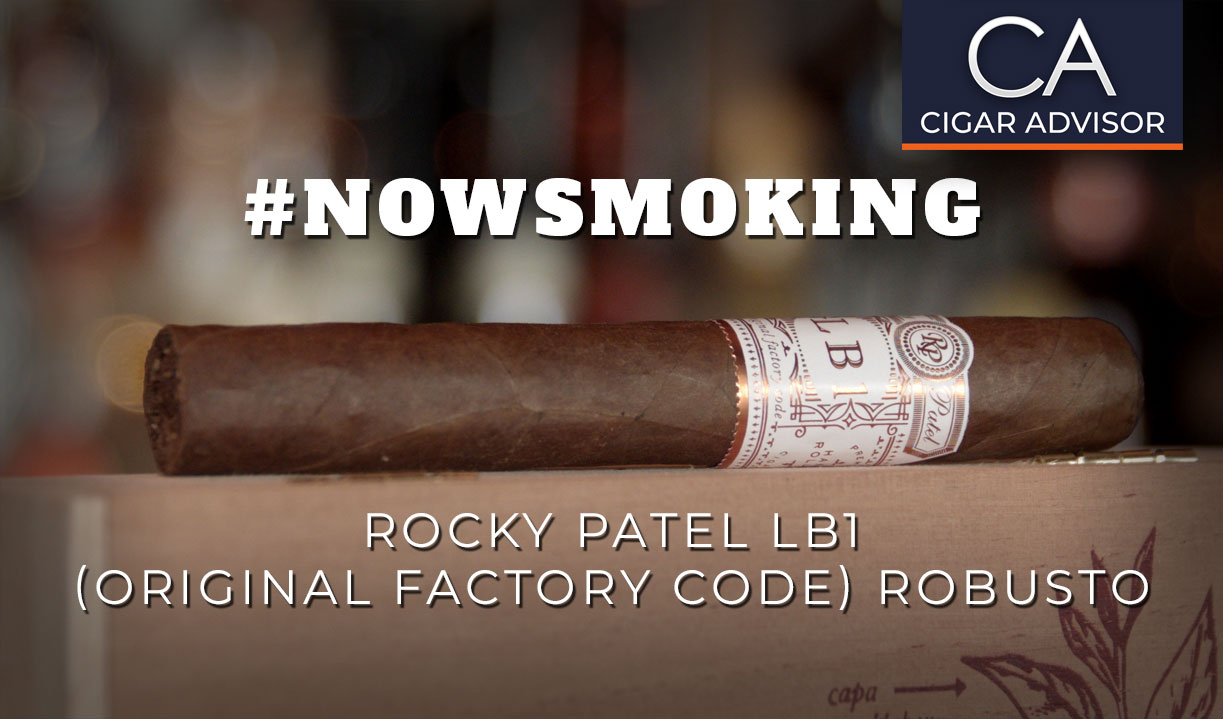 It’s no surprise that Rocky Patel just received the Cigar Journal Cigar Trophy Award for “Lifetime Achievement.” After all, he’s been releasing top-rated cigars year after year, for well over twenty years. One of his latest creations is the Rocky Patel LB1 (original factory code) selection, which debuted at the 2019 PCA Show (form. IPCPR) in Las Vegas.

When premium cigars are blended, each blend is given a factory code. In this case, it was decided to name the line after the factory code. Rolled at Rocky’s El Paraiso factory in Honduras, the LB1 line presents a medium to medium-full bodied smoke. The binder is a Jamastran ligero leaf from Honduras over a core of long-fillers grown on Rocky’s farms in Condega and Estelí, Nicaragua. Finished with a triple cap, the wrapper is dark, plush Habano leaf grown in Ecuador.

As to the presentation, the bands and boxes have a very elegant white and copper color palette. Inside the lid is a graphic of a tobacco plant with captions that indicate where the tobaccos in the blend are located on the stalk. 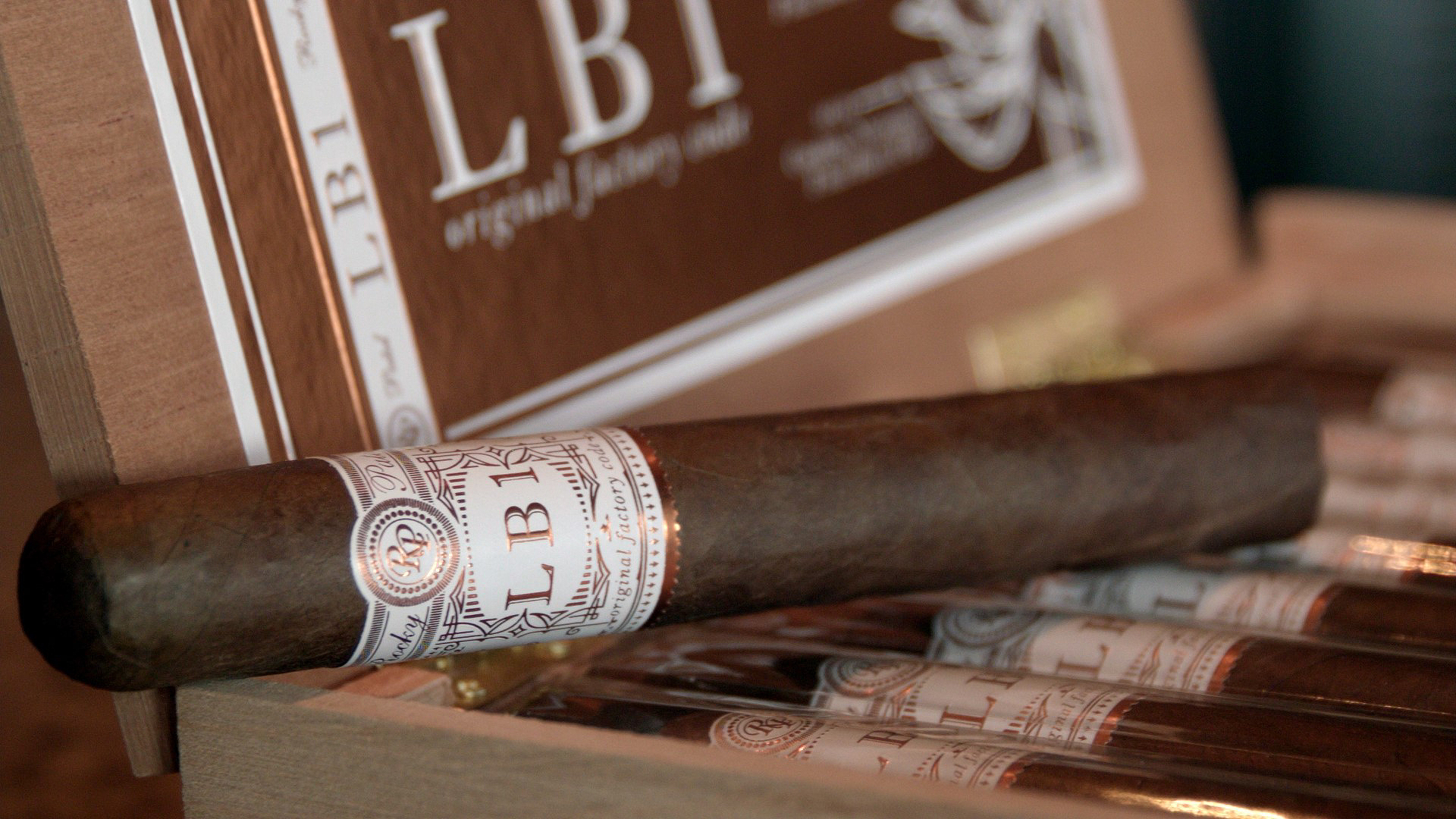 Excellently. Rolled as a parejo (rather than Rocky’s often box-pressed releases), the LB1 Robusto is well-packed and deftly rolled. There’s a hint of cocoa off the wrapper. When cut, the cold draw presents mellow notes of sweet tobacco.

Once lit, the sweetness in the cold draw continued in the first several puffs. The early draws were effortless, mellow, and creamy. In addition to all of those elements continuing, the cigar burned evenly throughout with a long, velvety finish. The smoke had plenty of density and remained sweet in every section, while accompanied by several other appealing flavors noted below. Moreover, the smoke had a markedly sweet and appealing aroma; much more so than I’ve noticed on other cigars. 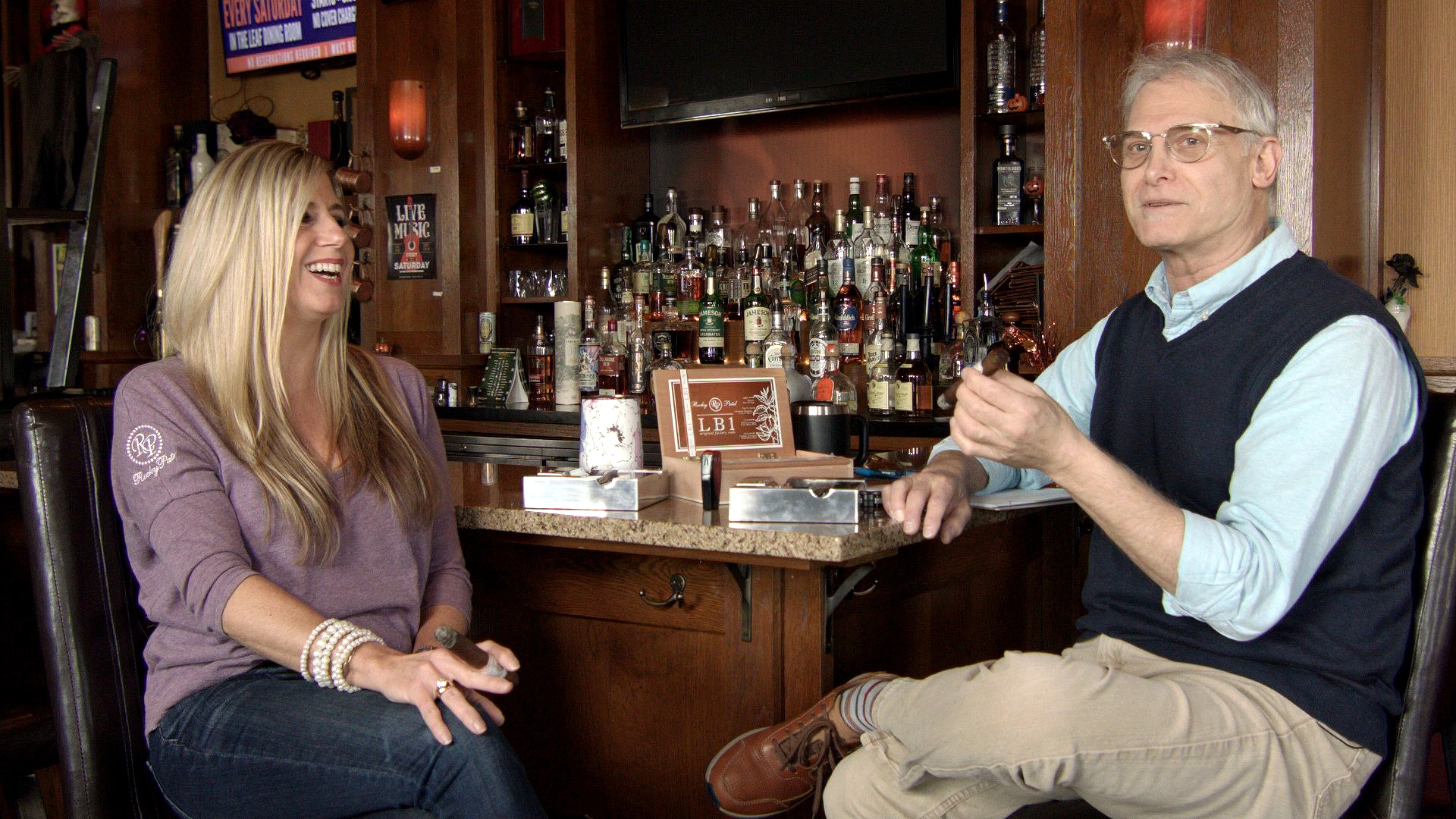 All-in-all, the cigar was consistent in draw, body, and strength, perfectly balanced, and displayed no bitterness. Due to its sweeter flavor profile, the LB1 is tempting to smoke quickly, as Jenny noted. If you take your time, you’ll get much more out of this blend. The final third offers more cedar, cocoa, and more body. For the most part, this cigar is extremely relaxing. You just want to scrunch even further into your comfy chair and chill.

Yes. As noted above, there is a pretty noticeable change-up in the final third; More cocoa, cedar, body, and strength, while the sweeter elements continue to flow evenly below. That said, the base flavors are also pretty tightly welded, so some change-ups may not be as obvious. 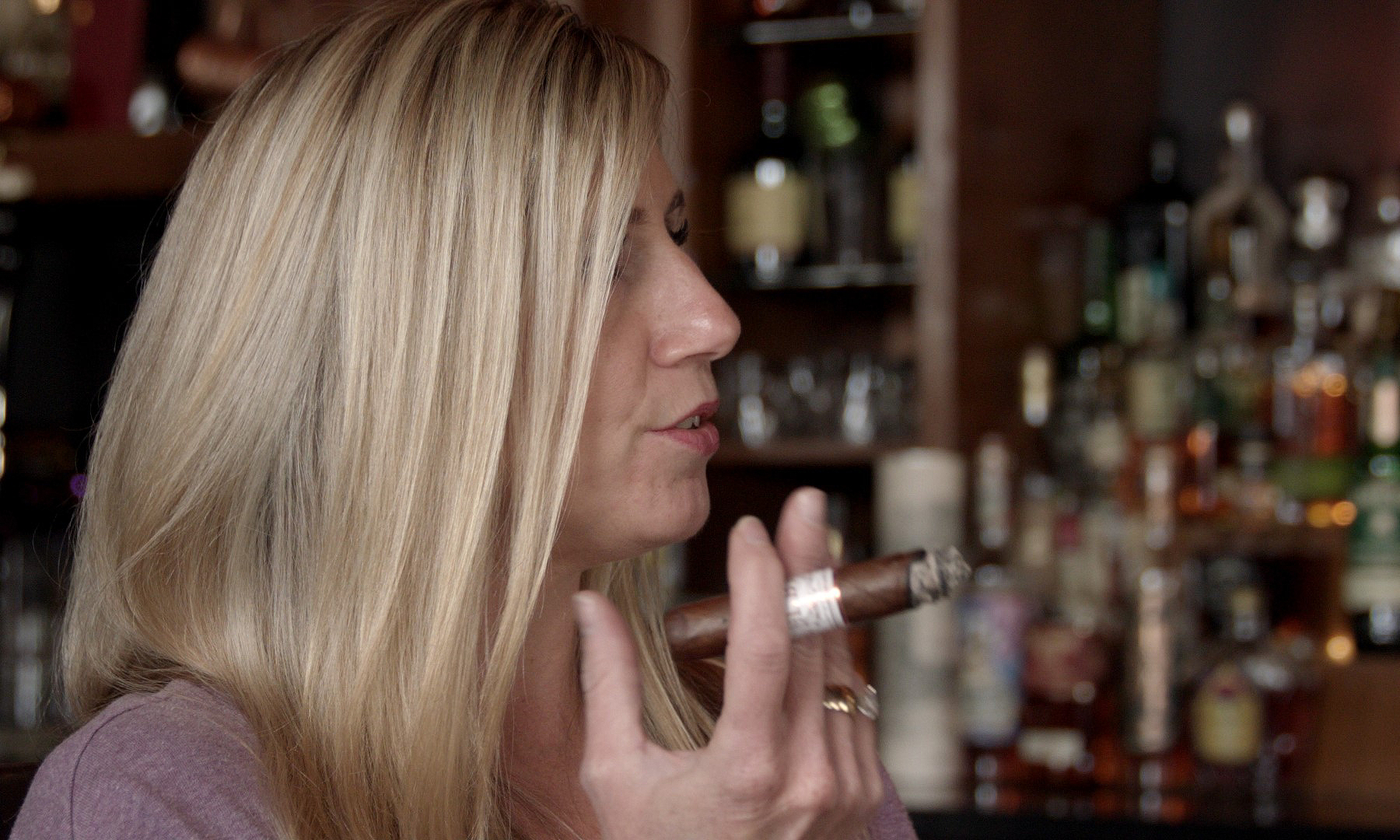 We both agreed that coffee in the morning is pretty ideal, while a good Bourbon would suffice later in the day or evening. Jenny noted that Bourbon would likely add more sweetness, so perhaps a more peaty liquor would suffice. For wine drinkers, Jenny suggested a good Cabernet, while I thought a well-aged Spanish Rioja like Marques de Riscal, would suffice; maybe even a spicy Shiraz. 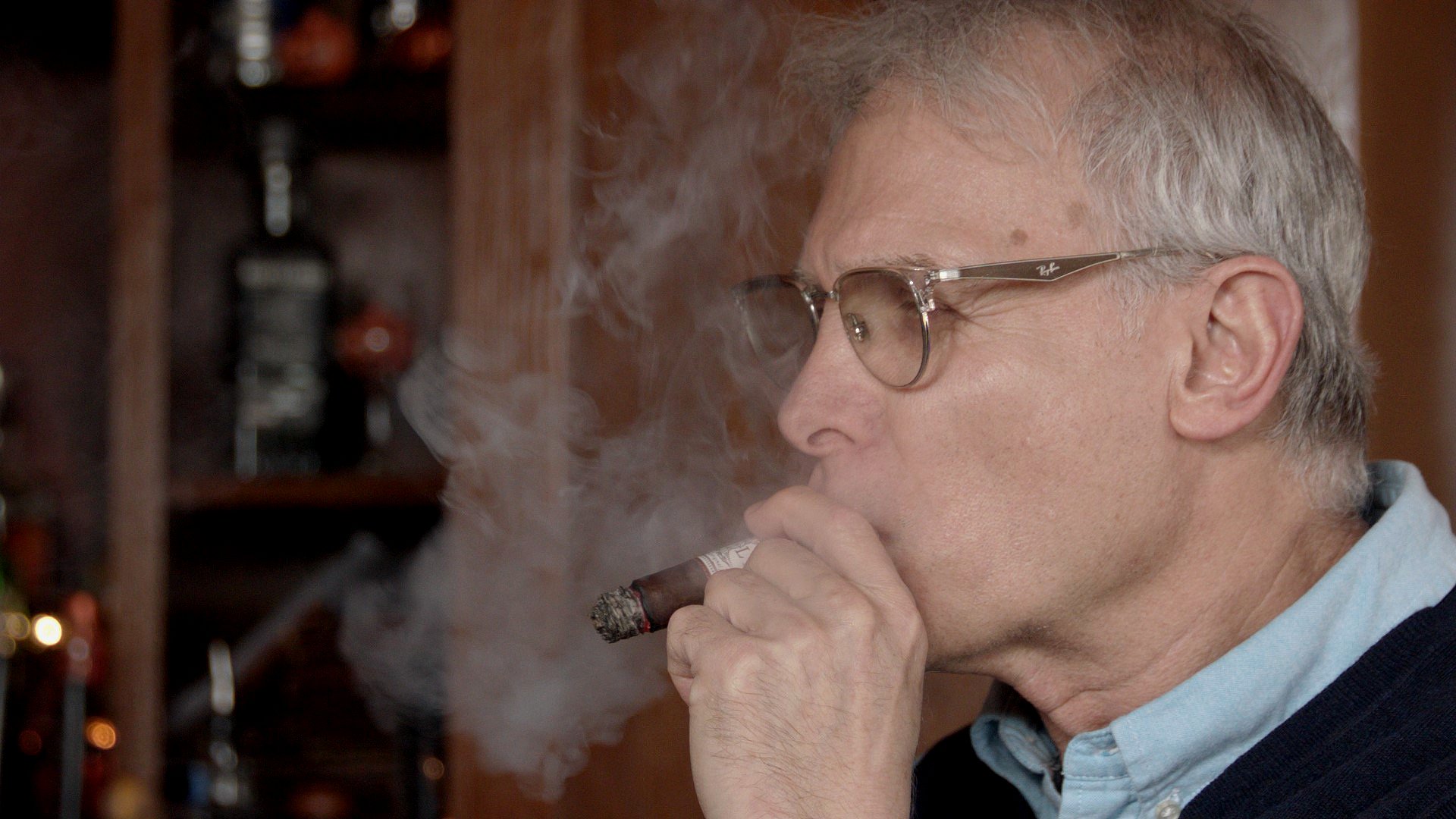 Cigar smokers of every experience. The Rocky Patel LB1 Robusto is mellow, smooth, and flavorful enough for newer smokers, while offering a nice mix of flavors and just enough body for more experienced palates. If you’re looking for a so-called, “everyday cigar” with more refinement, this Robusto would be at the top of the list.

Absolutely. The Rocky Patel LB1 Robusto is a savory, any-time-of-day smoke. Plus, for the flavor and quality it provides, the price is fair.

Reading Time: 2 minutes We’re back with more reader Q&A: this time, it’s cigar questions about pairing snacks with your smokes, unplugging a cigar and choosing a humidifier for your humidor. We thought our answers were worth sharing out loud – Watch now!