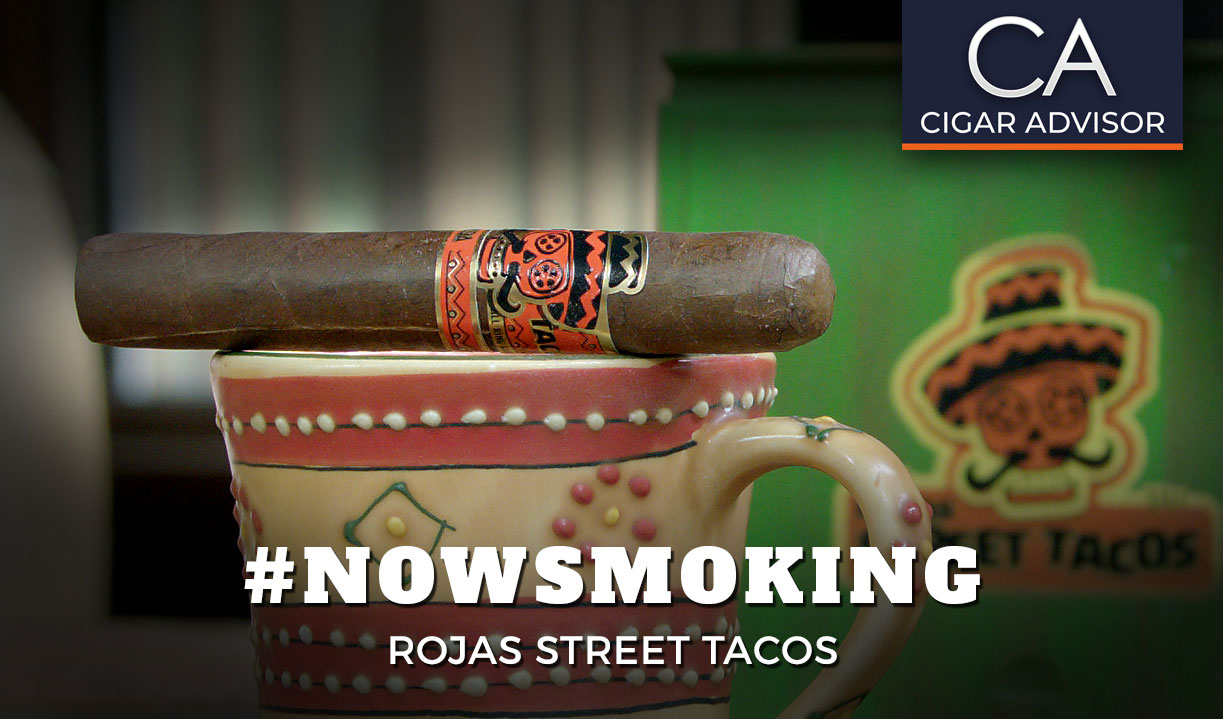 Presented in boxes of 16 cigars

Cigars are no strangers to being named after food. There’s been Steve Saka’s Brulee, Espinosa’s Wasabi, and a flurry of others that have popped up over the years. But Noel Rojas has tapped into an urban eat icon, naming his blend Street Tacos after a trend that became popularized in 1800s Los Angeles during a boom of Mexican immigrants. 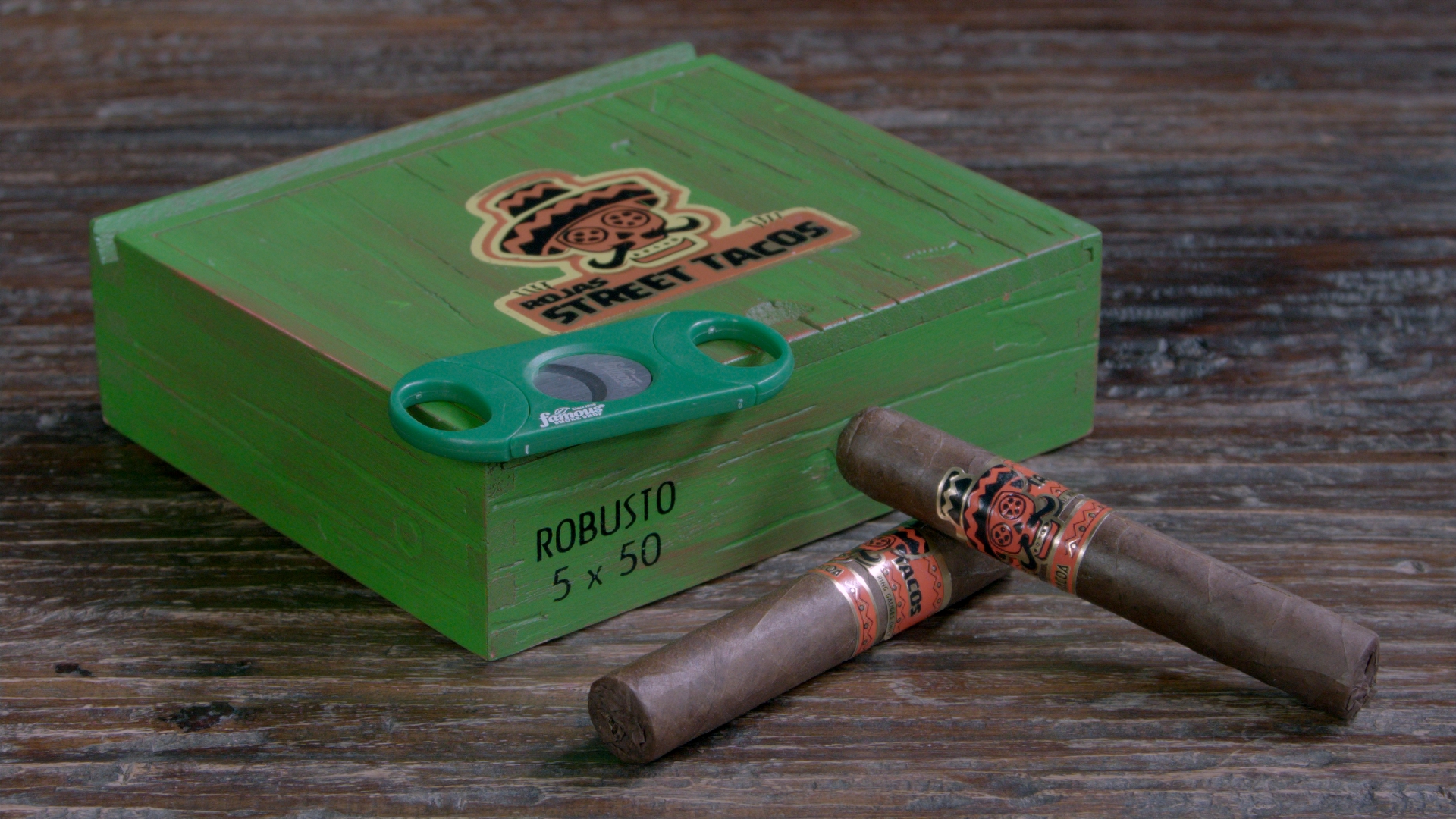 The second part of the cigar’s name, Barbacoa, is a method of cooking meat that has its origins with the Taino people (who introduced the world-at-large to tobacco) in the Caribbean and was later changed to ‘barbecue’ when it caught on in Texas. 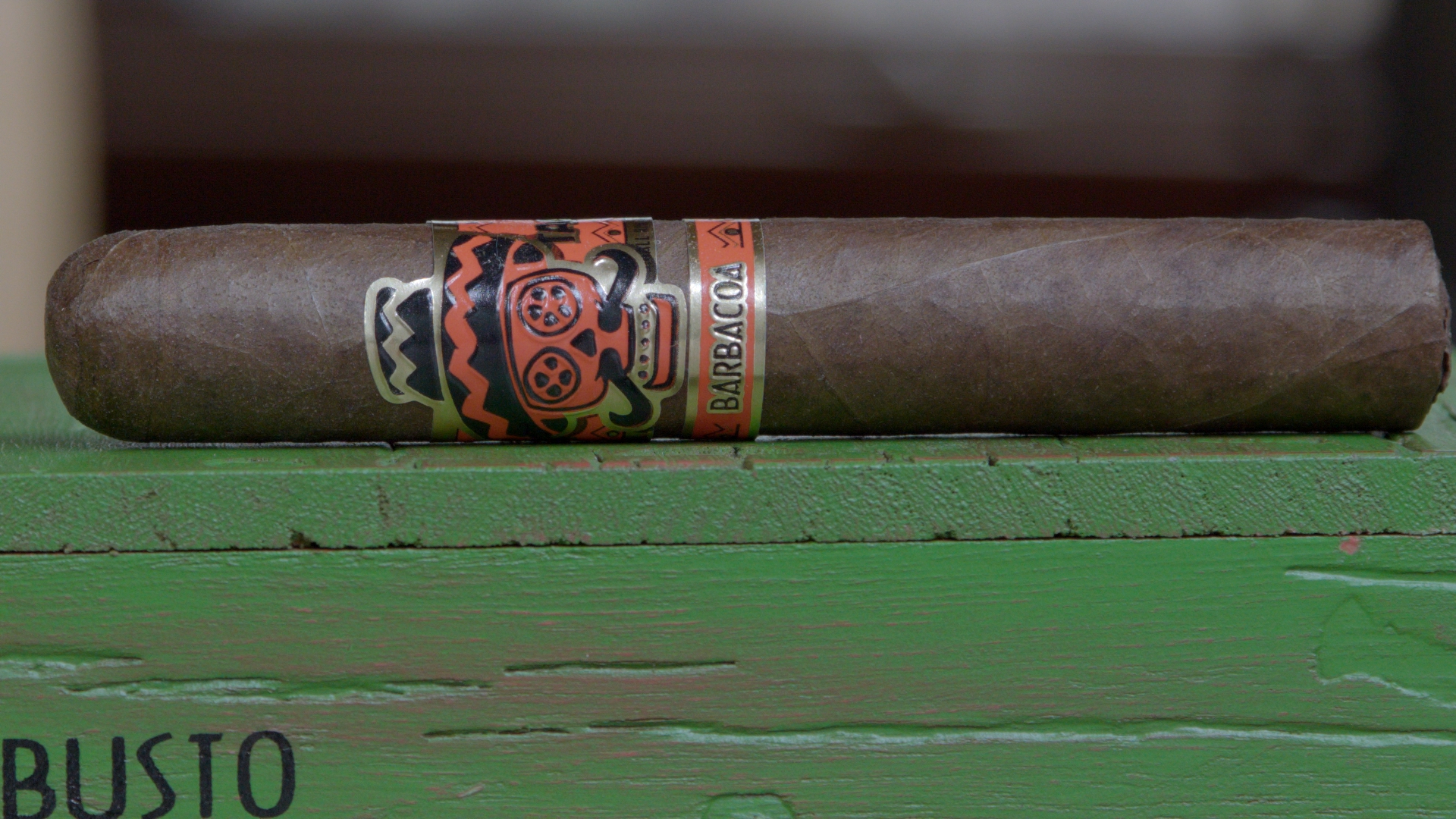 Street Taco’s blend is crafted at small factory in Esteli, Nicaragua called Tabacalera Flor de San Luis. And though you might be unfamiliar with the factory, or Noel Rojas himself, his cigars have been popping up all over social media and receiving high praise, so we figured it was time to give the blend a burn and review the Rojas Street Taco to see if it lives up to the hype. 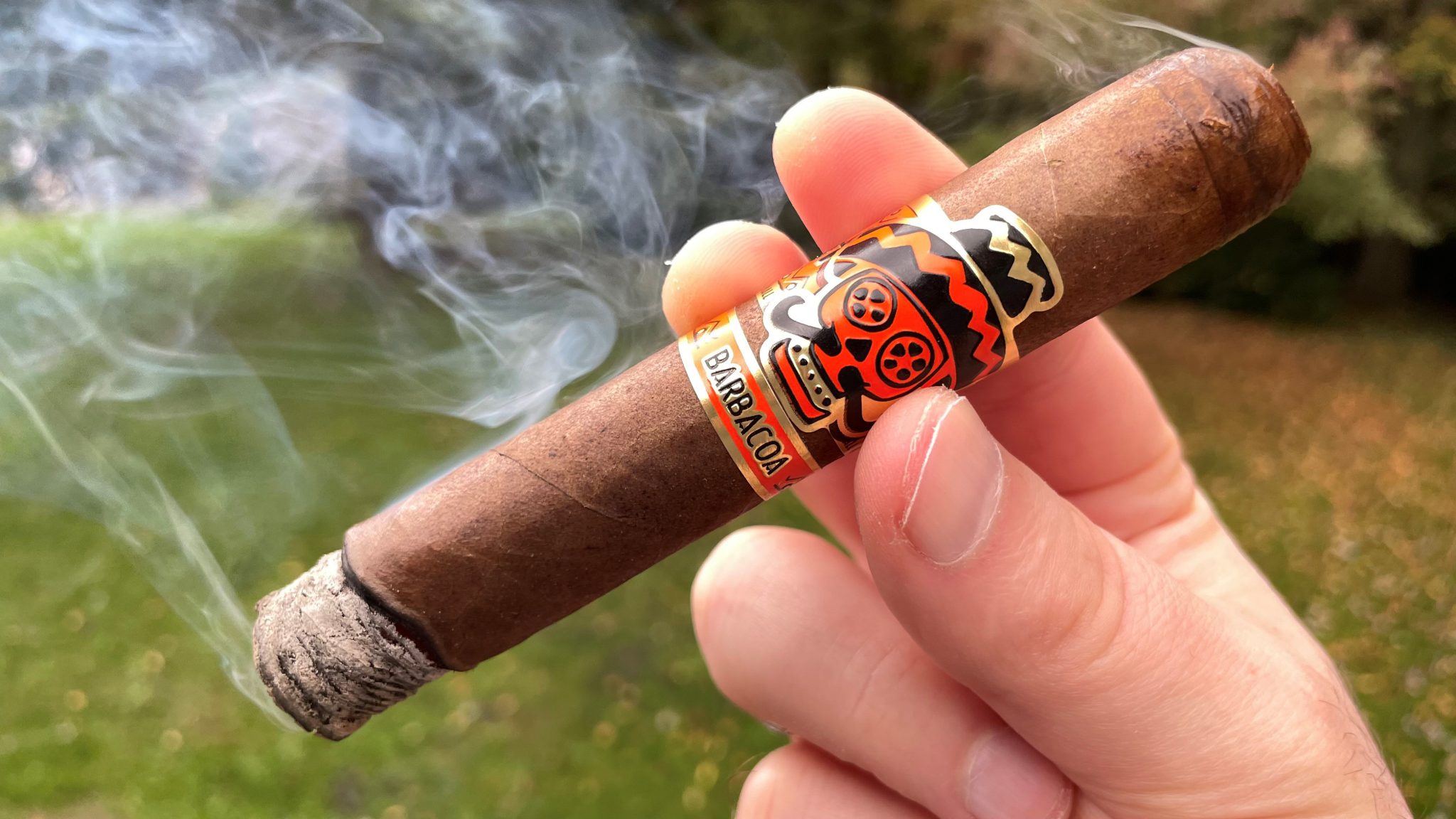 Lots and lots of hot pepper action up front along with notes of butter, wood, and leather – but the cigar settles down into a woodier profile pretty fast. Plenty of spice remains after the initial bombing run and to my surprise, it’s totally giving me a taco vibe. It almost tastes the way tacos smell when they’re fresh out of the oven. Then there’s a spicy seasoning kind of flavor that’s left on my lips, along with some citrus. It really makes me wonder which came first…the Street Taco name…or the blend? 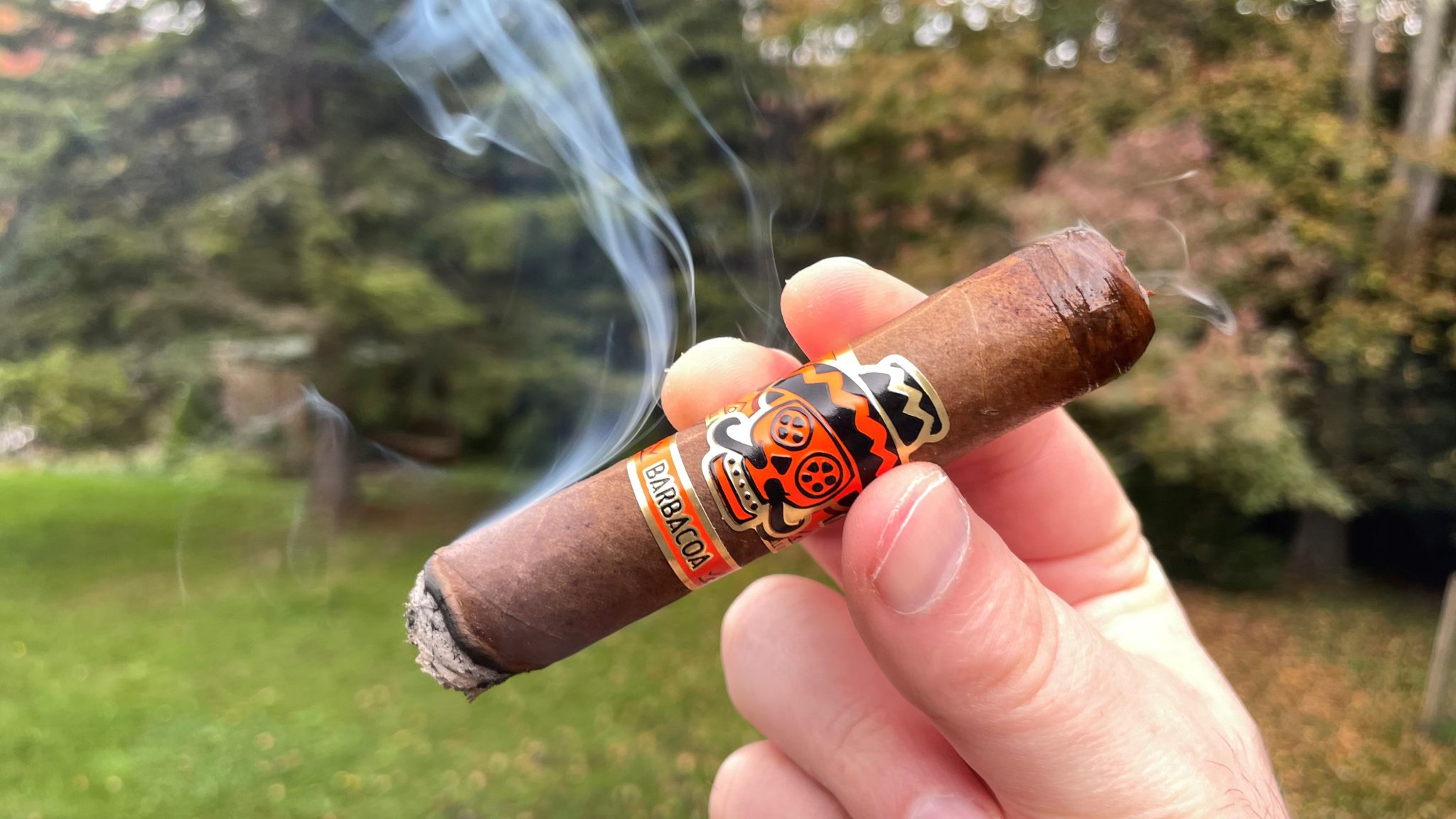 A slow rise in intensity is the main course of Street Taco’s midsection. While the pepper builds, there’s a bigger emphasis on the butter and wood notes I tasted in the beginning. Plus, there’s the addition of a crisp veggie flavor that reminds me of lettuce. All still incredibly in line with a taco. I’m just wondering if I get my choice of soft shell or crispy? 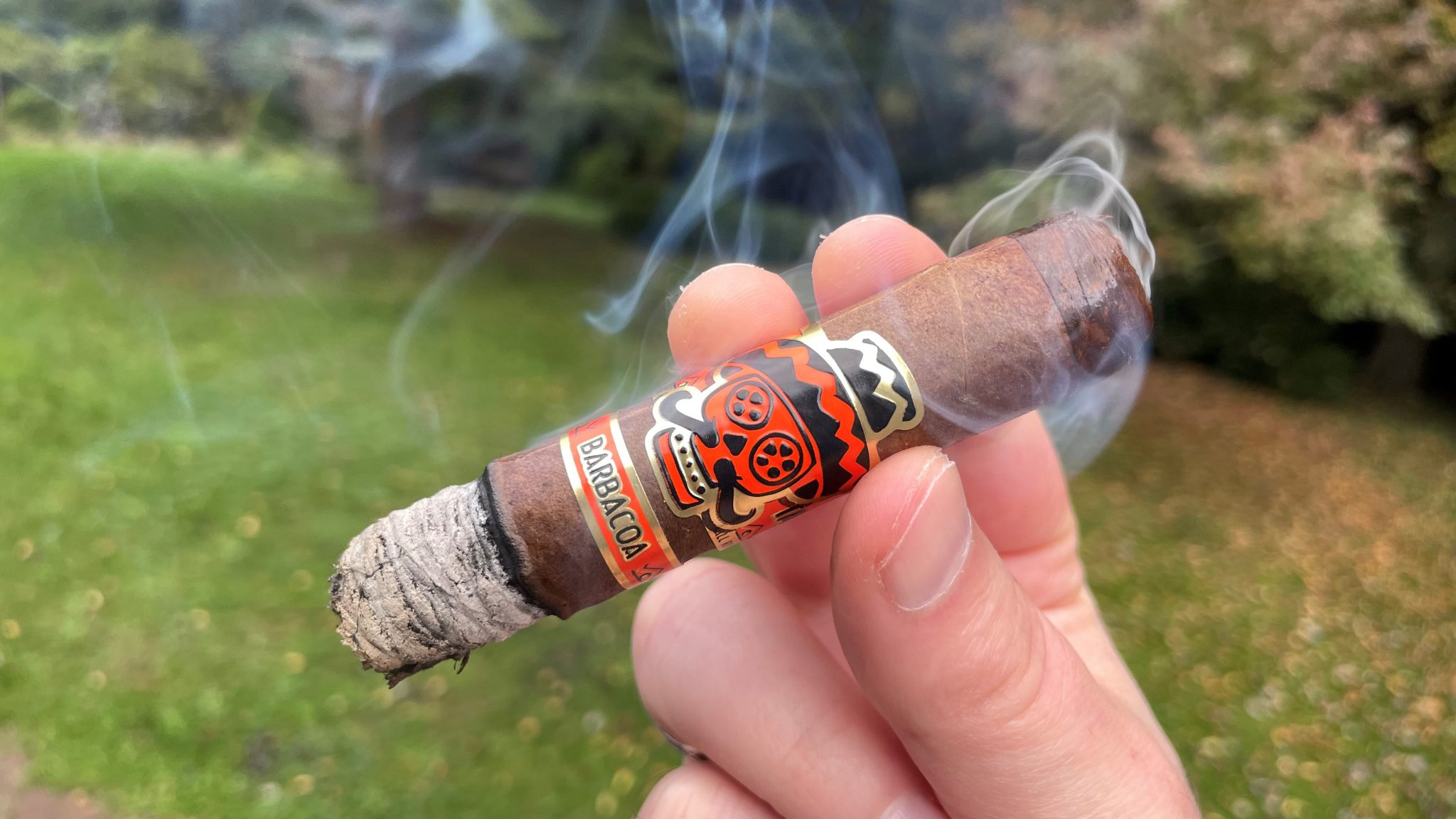 Even through its finale, Street Taco maintains most of its intensity. It’s certainly not the fullest of full-bodied cigars, but it will require some experience and – in my opinion – is not best suited for newer smokers. For those of you who bask in the spicy, there’s plenty for you to love, and my favorite part is that it’s really well balanced. Not just strong to be a strong cigar. If I had to be picky, I’d say it could be a little sweeter than it is – but that’s easily fixed with the right drink pairing which I’ll touch on in a minute. This final stage shines a spotlight on the woody notes of the cigar, which seem a little drier now like wine can sometimes be. All in all, paint me impressed. It’s probably as close to an actual taco as a cigar will ever get.

What beverage pairs well with the Rojas Street Tacos Barbacoa? 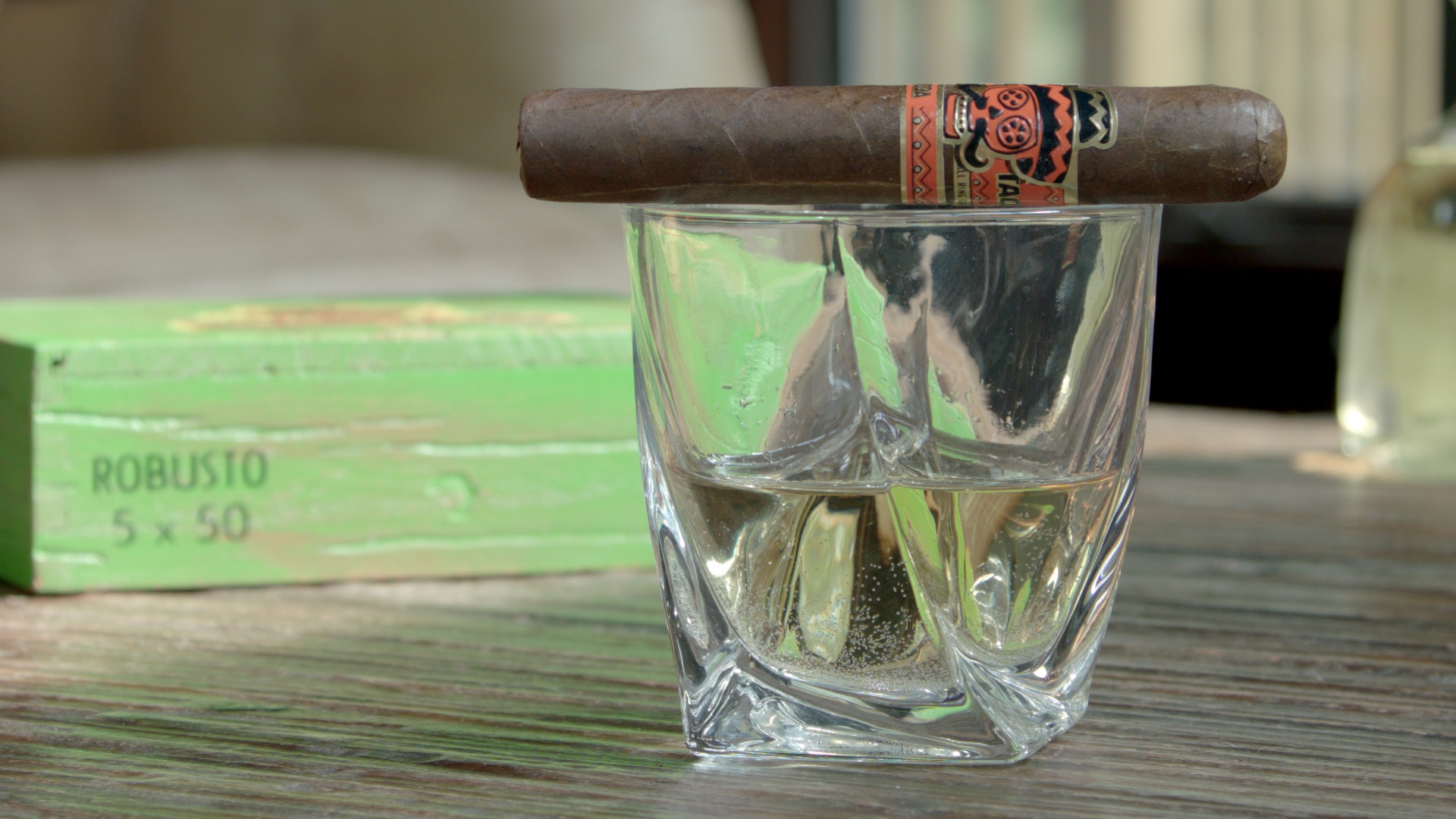 I’d go with something sweet. Maybe your favorite bourbon, a port wine, or skip the alcohol altogether and pair it with a Dr. Pepper that can keep up with Street Taco’s spicy side. You know which sweet drinks you like, and I probably wouldn’t argue against anything you’d pick.

Does it really taste like tacos? It does in some ways. And then there’s the bonus of no emergency bathroom runs 15 minutes after you’re finished, either. But I think if the taco aspect was the only detail to write about, I’d categorize Rojas Street Tacos as a novelty cigar and move on. As I said earlier, the blend is superbly balanced and is consistently full-bodied (and flavored) throughout the entire session. I wouldn’t categorize it as a daily burner but it’s something I could reach for on Friday nights to help me melt the stress of the week away. Not bad for just north of $7 a stick.

Reading Time: 3 minutes Congrats! You survived the holidays. Destress with a flurry of new cigars fresh at Famous from Foundation, CAO, and AJ Fernandez!