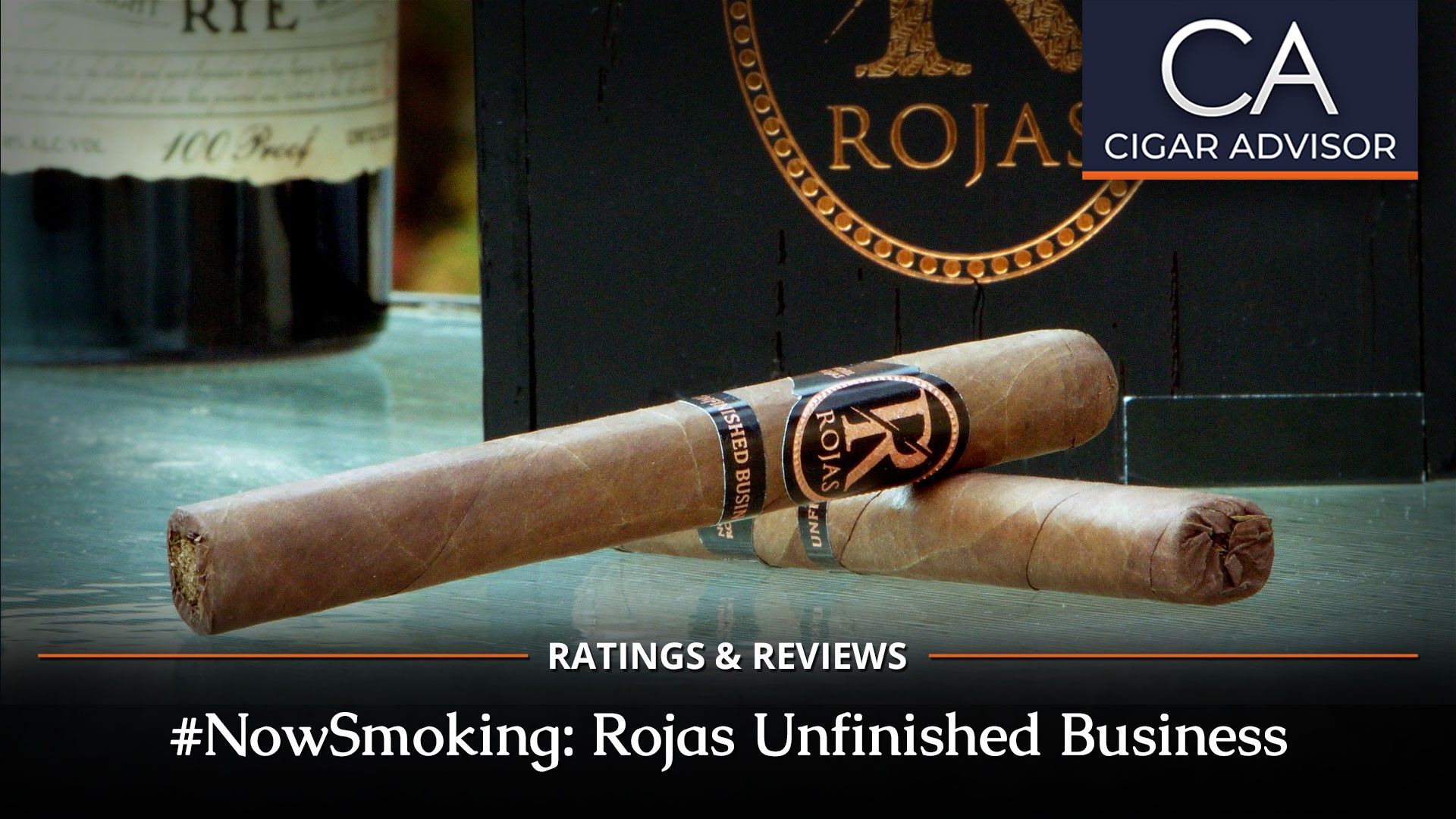 Presented in boxes of 16

While not yet a household name in the cigar industry, Noel Rojas is making steady advances towards that end. With his dreams of being a cigar maker in his native Cuba curbed by the Communist regime (they had another career earmarked for him), Rojas fled by raft in order to pursue his passion.

Fast forward to present day, and Rojas’s cigars have some serious buzz around them. From his collected and coveted small batch collaborations with Ezra Zion, Guayacan, Ohana, and Stolen Crown to his Rojas releases like the Street Tacos Barbacoa—which made Cigar Advisors 2021 Best Cigars list—you might be under the impression that he’d ‘arrived.’ But for Rojas, there was still some unfinished business. 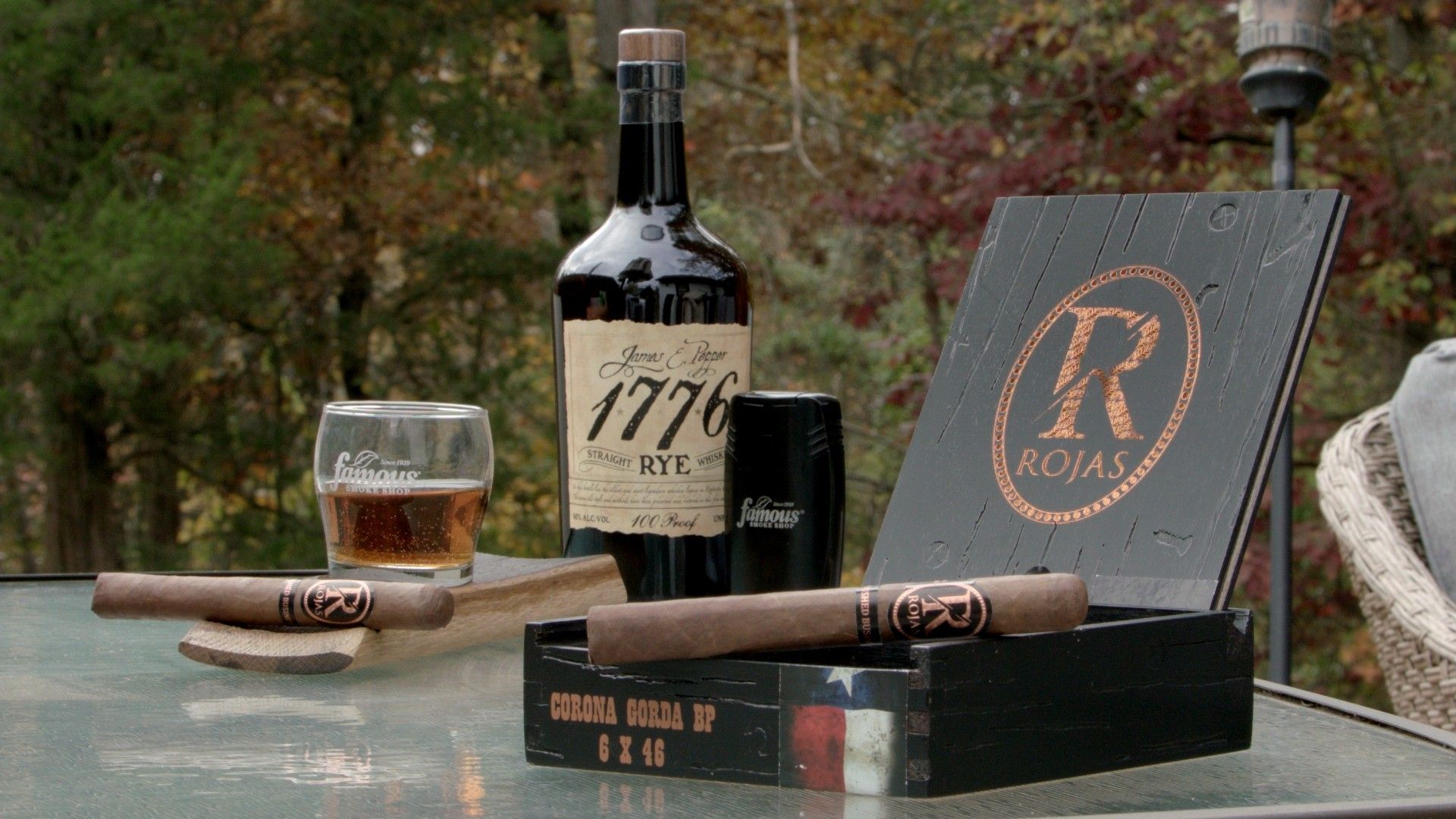 That loose end was tied up recently with Rojas opening a cigar factory in the heart of the cigar universe—Esteli, Nicaragua. And the first cigar produced at his new factory is fittingly named Unfinished Business. This softly box-pressed blend has a partially closed foot and comes dressed in an Ecuador Sumatra wrapper hugging a Nicaraguan binder over Nicaraguan and Mexican long fillers.

The Rojas Unfinished Business Corona Gorda  begins with a bang. A flurry of flavors greets me as the flavor wheel is spinning like a ballerina hopped up on Adderall. In no particular order cedar, tangy citrus, almonds, honey, dark chocolate, and baking spices all make appearances. I’m waiting for ‘kitchen sink’ to show up. 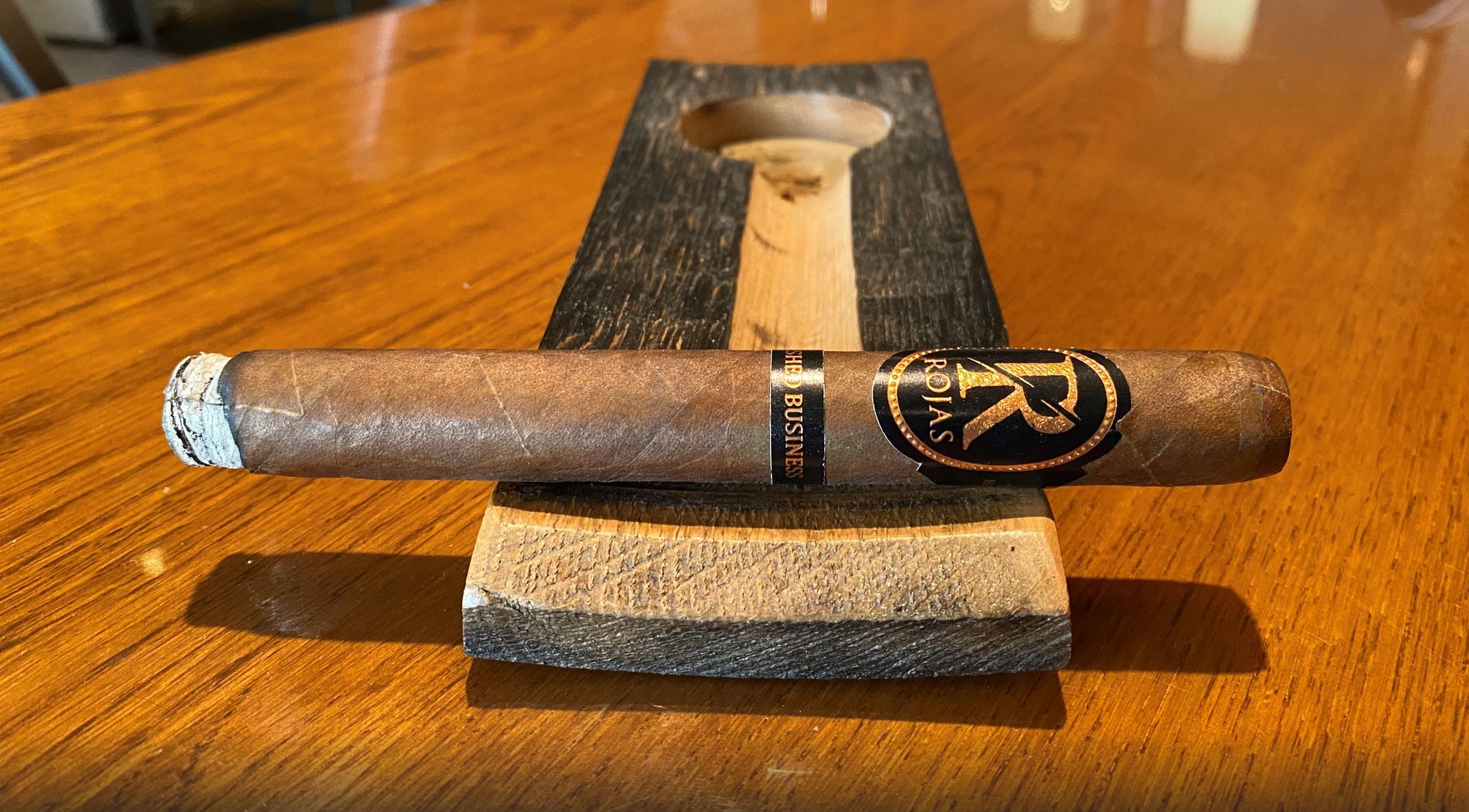 In all seriousness, this blend is complex out of the gate with rich and balanced flavors and stays steady with medium body and intensity.

An opening this strong is a hard act to follow. Let’s see how it goes in the second third.

The second third of the Rojas Unfinished Business doesn’t lose any momentum. The flavors are full steam ahead with citrus, cedar, dark chocolate, and honey sweetness leading the way. Soon creaminess settles in with some earth, leather, espresso, and black pepper thrown on the fire. 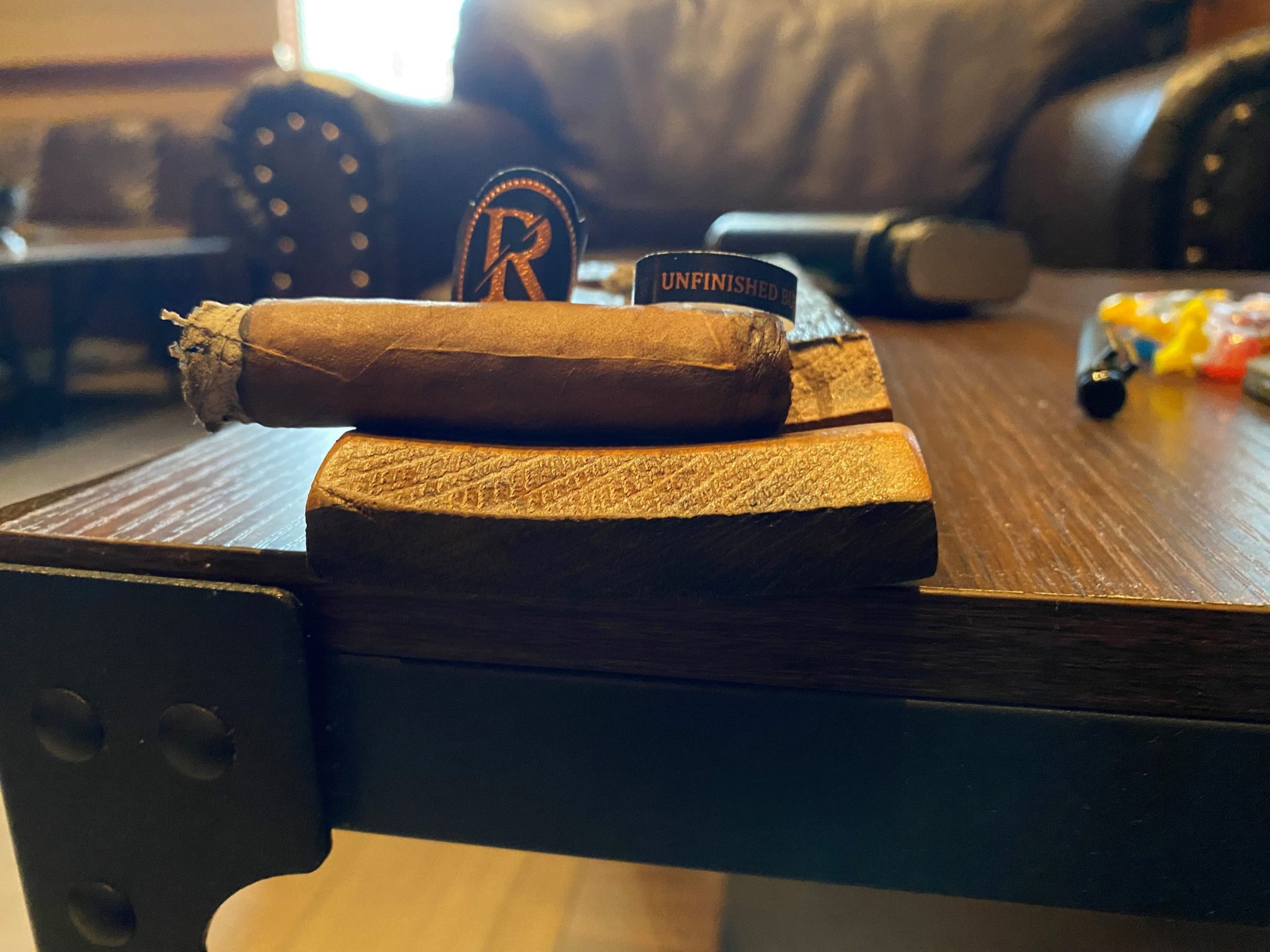 The flavor profile is as plentiful, rich, and balanced while remaining medium-bodied overall.

Let’s see how it wraps up in the conclusion.

As if on cue, the Unfinished Business slows down in the final third. And not in a bad way—because sometimes too much of a good thing becomes palate fatiguing overkill. Everything that’s good about this cigar is present and amplified as it winds to a close. Put it this way, I didn’t want it to end—and when it did, I considered lighting another one immediately. 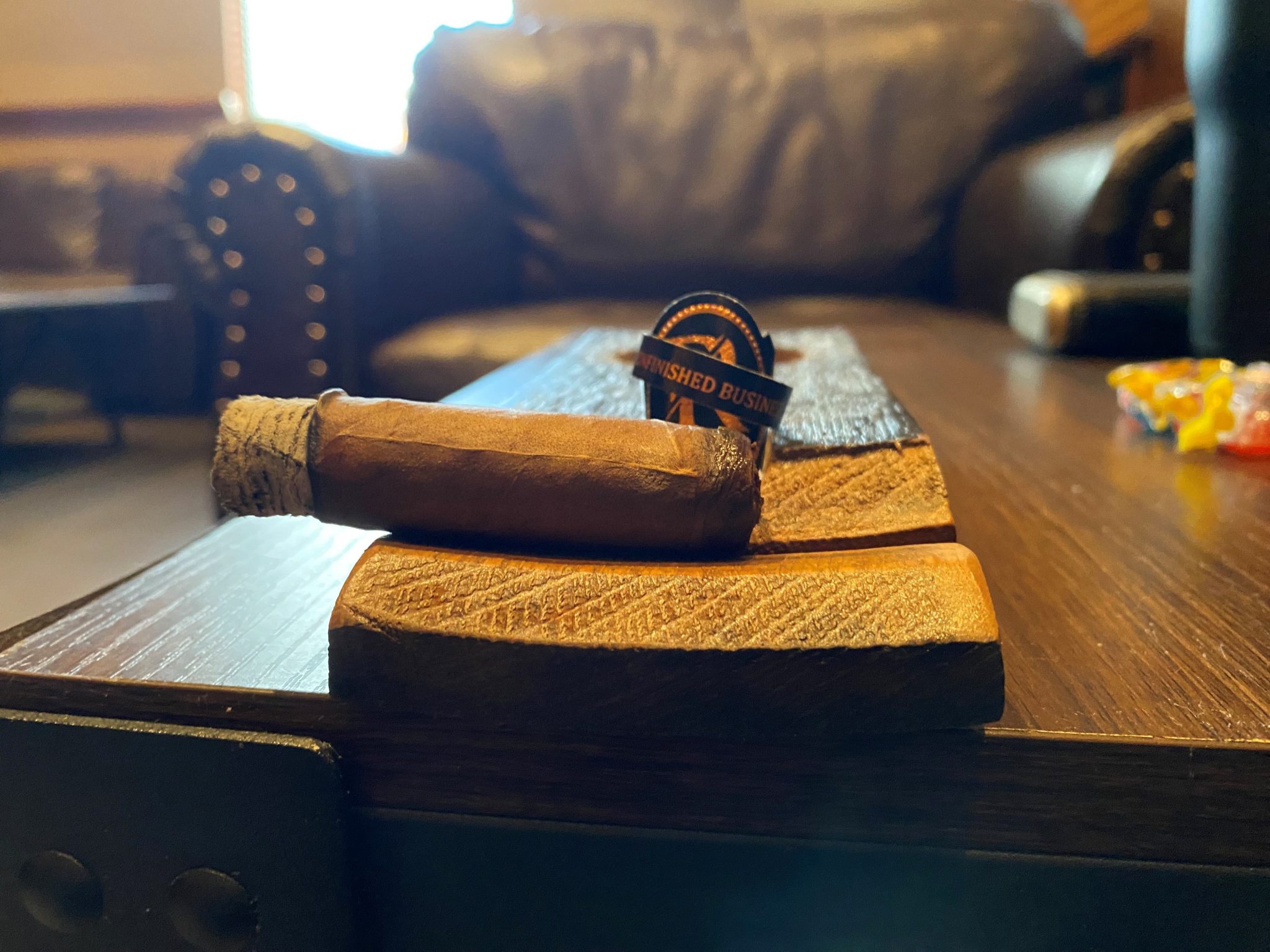 In terms of body and intensity, Unfinished Business finishes in medium to medium-plus territory. 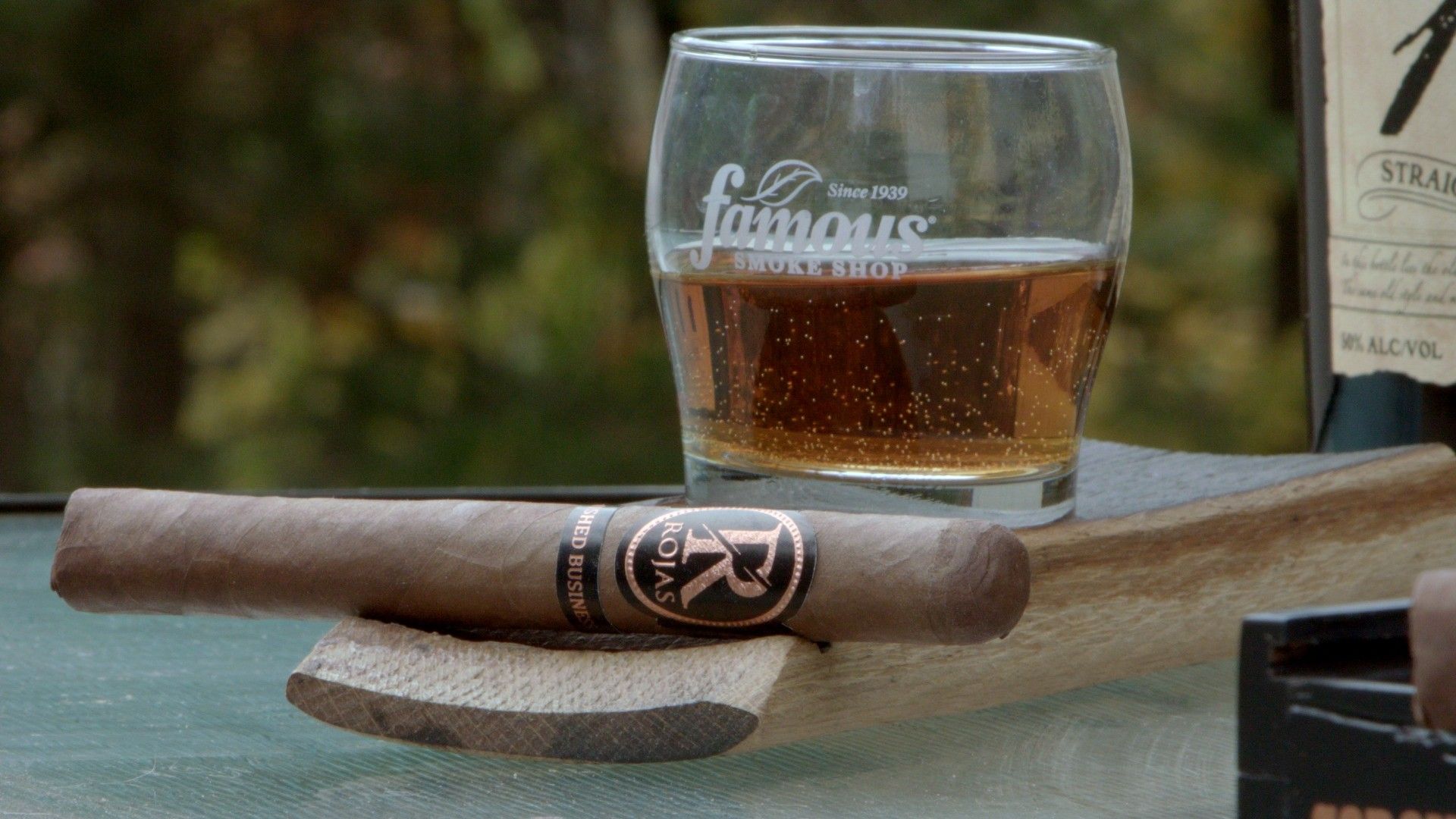 I thoroughly enjoyed Unfinished Business. There weren’t any flaws worth noting in the 3 cigars I tried. Construction was spot-on, the blend was complex, rich, and kept me wanting more, and the price is more than reasonable for a cigar of this quality. I might go so far as to say it’s a great value.

I’d recommend this cigar to most enthusiasts. While its complexity and strength may seem intimidating—Unfinished Business isn’t a cigar that requires a graduate degree to enjoy.

Reading Time: 4 minutes This week we’re reviewing Macanudo Dark Rum. Is this blend just another infused creation, or does it deliver a traditional cigar experience that’s merely infused with flavor? Watch the review to see if it’s worth a try!

Reading Time: < 1 minute #nowsmoking the Southern Draw 300 Manos Habano, “the poster child for ultra-creamy cigars with a woody, full-flavored profile.” Click now to get our tasting notes, and everything else you need to know about this cigar in under 60 seconds…