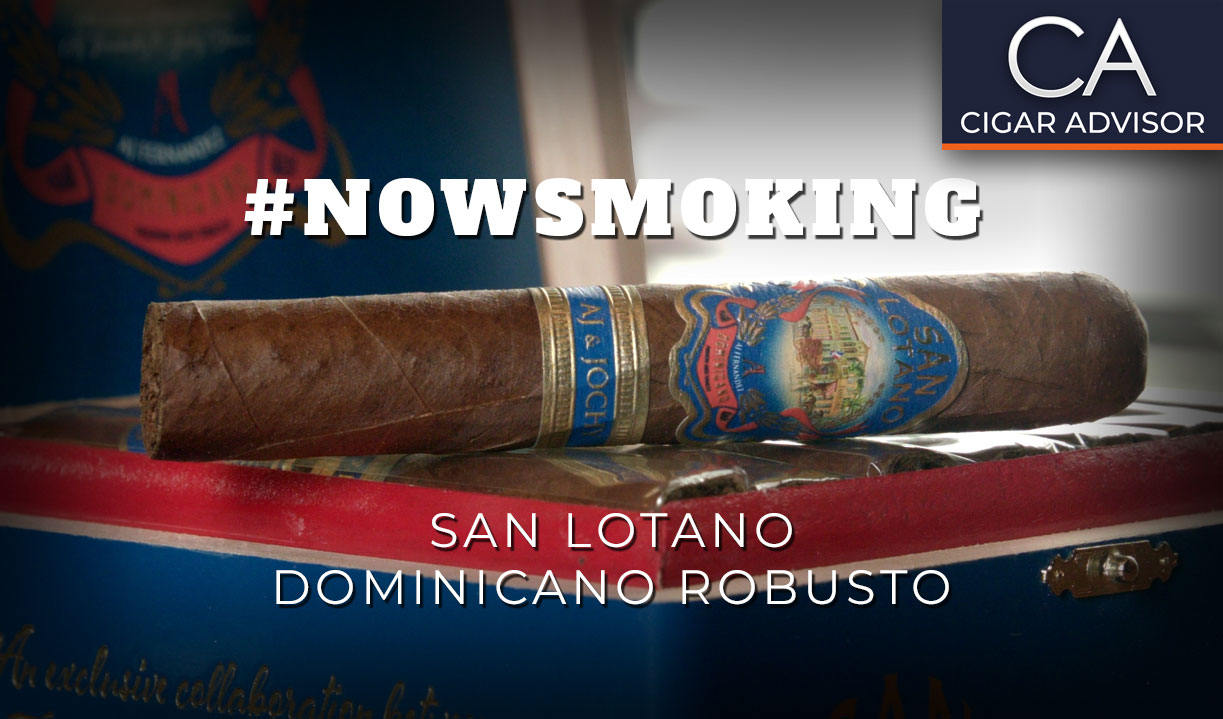 The San Lotano cigars selection was one of the first from AJ Fernandez, and this new collaboration with Jochy Blanco is the first time Fernandez has worked with a third-party company to make his San Lotano brand. Additionally, AJ had the cigar handcrafted at Jochy’s Tabacalera Palma factory – another first for this San Lotano selection.

In late 2018, word of the collaboration began to spread, and the San Lotano Dominicano selection was originally slated for release in January 2019. The release was bumped to later in the year to allow the cigars to undergo additional aging, which AJ and Jochy felt would enhance the overall quality of the cigar.

Outstanding construction was the order of the day for this well-packed cigar dressed in a Brazilian wrapper that glistens with a rich oiliness. I got a pleasant leather and hay note off the wrapper, and the cigar drew well with cold draw notes of salt and leather.

Extremely well. The smoke was creamy, chewy and well-balanced with a spicy aroma. Initial flavors of earth, pepper and sweet tobacco opened the show, as additional notes of wood and spice gradually entered the mix. The burn was even throughout revealing long, firm ashes.

Earth, black pepper, cedar, sweet spice. The retrohale for this sample was mostly smooth with peppery spice. During the final stage, I picked-up a note of hickory in the retrohale, and some sweetness returned in the final inches. Overall, the cigar provided superb balance of flavors with a peppery finish. 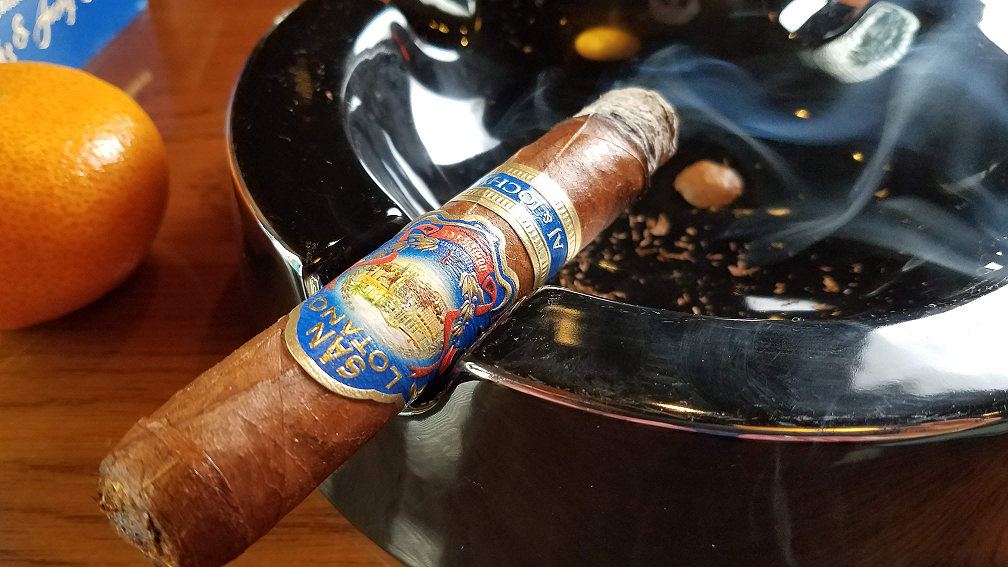 In the sense that the flavors are revealed in small doses, you could say it leans to the complex side. Moreover, under different conditions than I had in the video, where I could take a little more time with it, I believe it would reveal, if not more flavors, more subtle nuances.

Espresso would work nicely on the non-alcohol side. As for more potent potables, a well-aged Port, a sweeter bourbon, a scotch and soda, or a mixed drink like a rum Daiquiri would be a good fit.

The San Lotano Dominicano Robusto is geared for more experienced cigar smokers, which I base mostly on its full body, but I wouldn’t deny a relatively new smoker from taking this cigar for a ride. As I said in the Cigar Advisor Panel Review of this cigar, taking it slow will give you an even greater appreciation for this AJ & Jochy team effort. The most intriguing aspect of this San Lotano cigar is experiencing the results of what two masters of the craft can do when they combine their respective talents.

For fans of AJ Fernandez, and specifically, the San Lotano selection, it’s a no-brainer. Although Dominican-Nicaraguan core blends are fairly common, the Brazilian wrapper on this cigar makes it worth buying at least a 5-pack. I feel this cigar will age-up nicely, too, given a few months of extra rest.

Reading Time: 2 minutes In this Master Blenders podcast, HVC Cigars Founder and President, Reiner Lorenzo, talks to Gary Korb about how life after Cuba turned him into an entrepreneur. The interview, which covers his approach to blending in the Cuban cigar tradition, and more, is a compelling look at how Reinier developed the HVC brand.