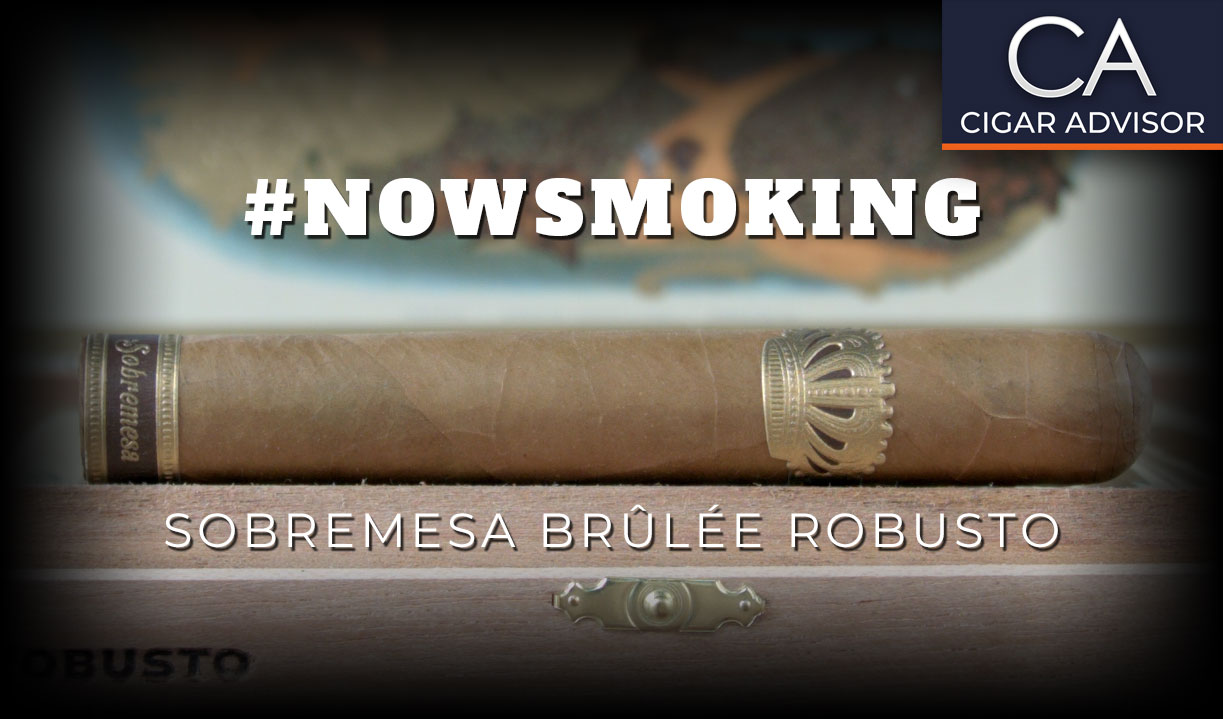 “Sobremesa Brûlée is a re-creation of the milder, shade wrapped ligas of my early years,” says Steve Saka, founder of Dunbarton Tobacco & Trust and master blender for all of DT&T’s marcas. “Somewhere over the last three decades many of the classic shade cigars have become wispy, uninspiring and rather dull to my palate. I wanted to share with others the way I remember these blonde cigars being.”

Additionally, Steve is not fond of the recent resurgence of Connecticut Shade cigars with strong flavor profiles. In creating the Sobremesa Brûlée selection he wanted cigar smokers to experience the true nature of Connecticut seed shade-grown tobacco. Rather than building the blend around a full-bodied core and employing a Connecticut Shade wrapper to take off some of the edge, Brûlée is specifically blended to showcase the naturally mild, sweet, and nutty flavor nuances of bale-aged, Connecticut Shade leaf.

Based on the original Sobremesa blend, Steve ditched the Pennsylvania seed ligero and increased the Nicaraguan Condega Seco in the core. The topper is the G2BW Ecuador Connecticut Shade leaf for the wrapper. The prefix stands for “Grade 2 Brown Wrapper.” (The “2” has nothing to do with the quality of the leaf; it’s just a grading nomenclature.) Moreover, Steve bale-aged the wrappers for almost three years. This method not only removes practically all of the bitterness from the wrapper, it enhances the leaf’s natural sweetness.

Cigar smokers familiar with the original Sobremesa selection will find Brûlée a milder and much smoother variation while still maintaining the blend’s complex flavor and aroma. Steve also adds that Brûlée is “not a cigar to be smoked casually, but rather a relaxing smoking experience meant to be savored slowly.”

I have only the highest expectations from DT&T, and the Sobremesa Brûlée did not disappoint. Solidly handcrafted and seamlessly rolled, the Robusto showed no signs of soft spots along its length. The wrapper shimmered with a caramel-colored patina from top to bottom, and the triple seam cap was perfectly appointed. Additionally, my attention was immediately caught by the wrapper’s classic, barnyard hay aroma. Another nice addition is the second band at the cigar’s base that helps protect the foot from fraying. All-in-all, this cigar was pristine in every sense of the word.

About as smooth, creamy, and luxurious as it gets. Due to being outside, which made it difficult to see the flame, I accidentally scorched the wrapper while toasting. Rats! That got the burn off to a somewhat wobbly start, but it eventually evened-out. The smoke was sweet and mellow in the early stages and eventually transitioned to a medium body where it locked-in. In addition to having a high volume of smoke and a dead-center balance, the Brûlée also emitted a sweet and fragrant aroma. If the intention here was to recreate the experience of smoking the great Connecticut cigars of old, the Brûlée Robusto did so with a marvelous self-assurance.

This doesn’t occur very often, but the flavors noted in the Sobremesa Brûlée press release, “cedar, caramel, and café” were all in there. I may have missed some of its café presence, but sweet was the order of the day as additional notes of vanilla and hazelnut worked their way into the mix. As for the finish, it was long and spicy, while the retrohale produced a flash of peppery spice. 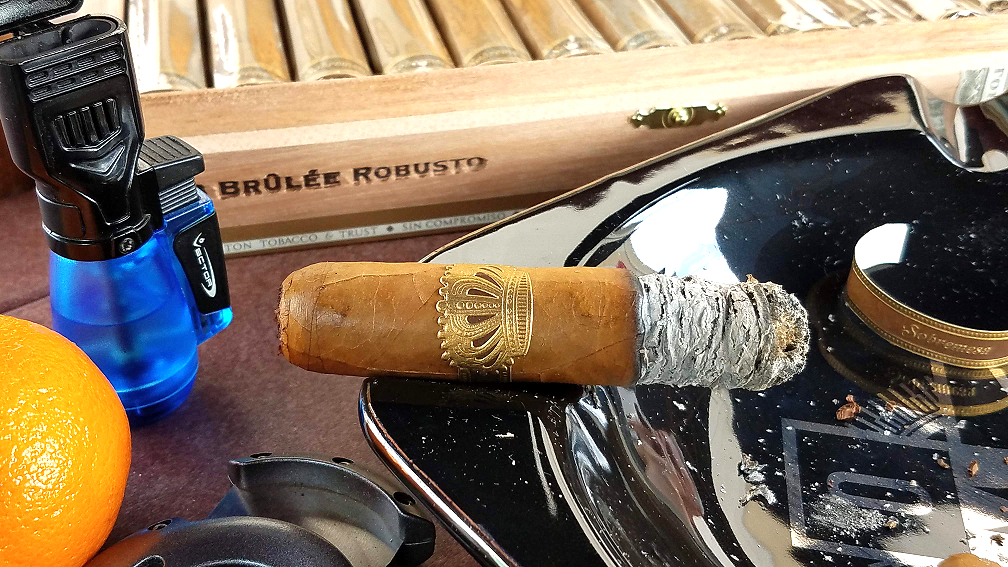 That depends on how you smoke. If you tend to rush your cigars, you’re probably going to miss some notes – like fast-forwarding a great song. Savor this cigar slowly and you’re more likely to discover the subtle changes and other delectable nuances hidden within its walls.

Most definitely coffee, preferably black and/or with a spot of cream, or just go for espresso. For the afternoon or evening, a superior bourbon like Woodford Reserve or a single malt like Macallan 12 – or older. If you prefer wine with your cigars, you might want to try a spicy Shiraz.

Everybody. Though it may be a bit pricey for some new cigar smokers, it’s definitely worth the investment. More importantly, the Brûlée’s flavor profile has something to satisfy every cigar smoker; that is, short of those who smoke full-bodied cigars exclusively. That said, it’s an ideal change of pace cigar for full-bodied hounds who want a break from their usual fare.

Absolutely. Those who already smoke DT&T cigars know the value of this brand. And as I noted above, you’re going to get your every penny’s-worth. If you’re looking for a perfectly-balanced, medium-bodied cigar with sweetness, spice, and everything nice, the Sobremesa Brûlée Robusto is the bomb.

Gary,
Great review for a great smoke. As Steve continues with the hits.
Thanks

I know. Just some great stuff always coming from him. This is going to be a regular favorite for me. Thanks Wayne.

Read More
Cigar Ratings & Reviews
Looking for a mellow morning cigar? I found it in My Weekend Cigar: the Por Larrañaga 1834 Toro. Ultra-smooth with a mild, nutty spiciness, this 6 x 50 did the trick alongside my morning cup(s) of coffee. See what else I have to say about My Weekend Cigar, in this short review!
Read More