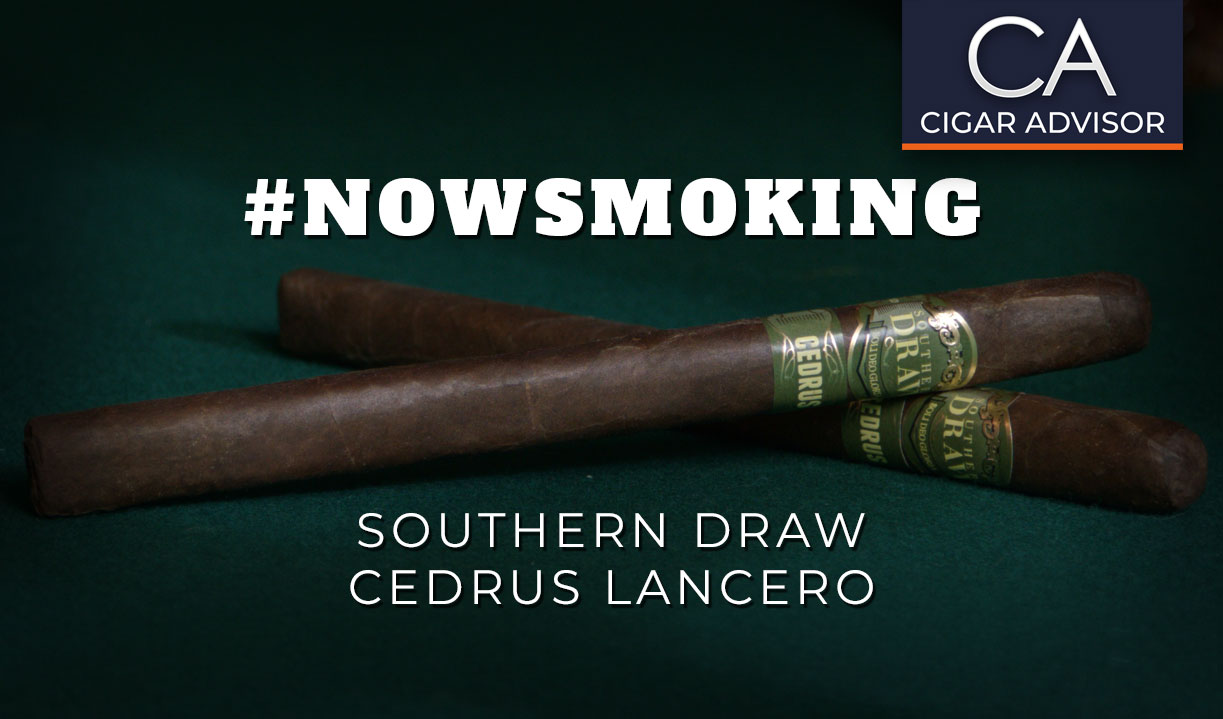 Presented in boxes or bundles of 20 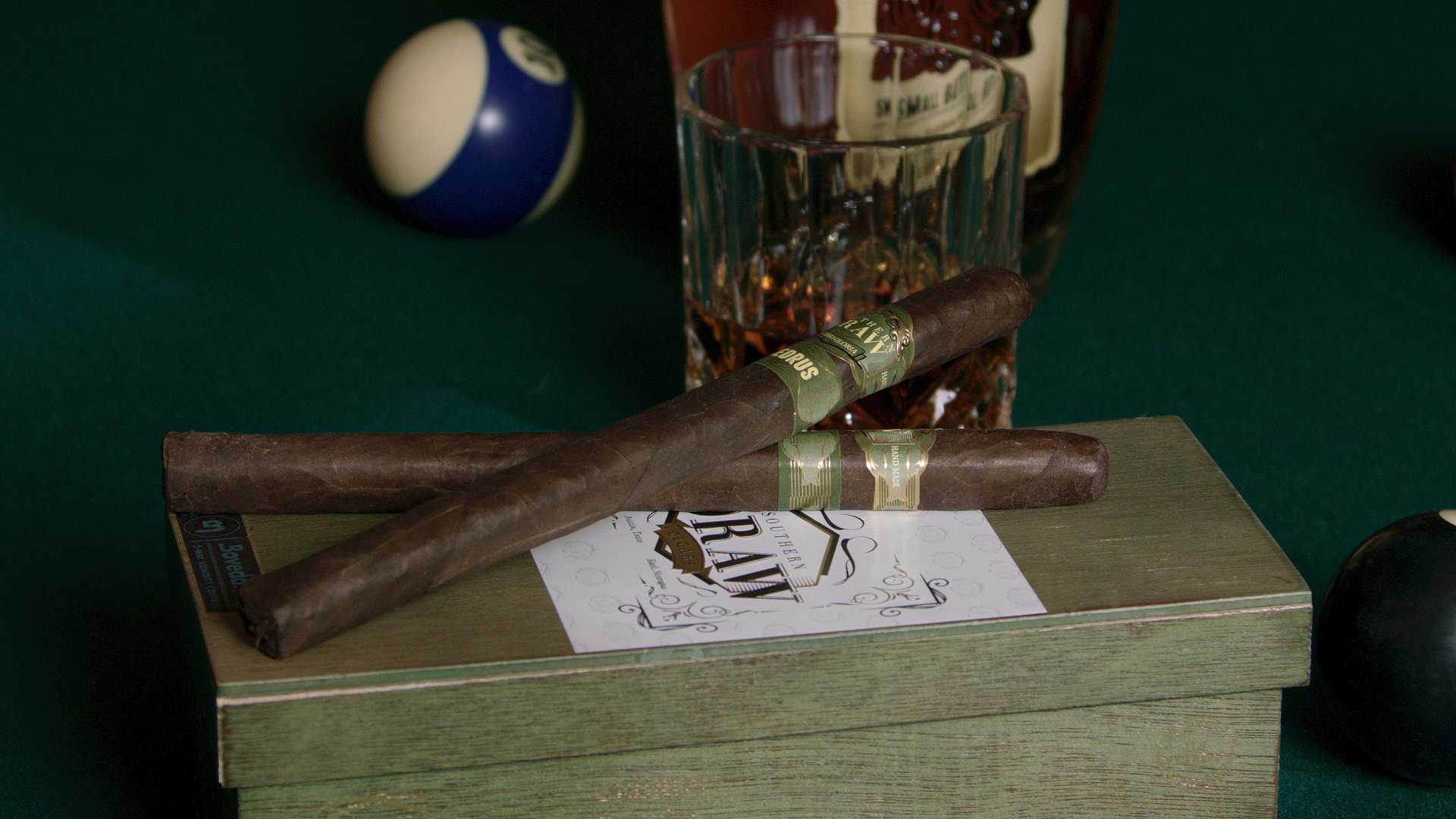 For the Southern Draw Cigars family Lanceros are their favorite smoking experience. It’s one of the reasons, they make Lanceros in each of their core lines, which now includes the Cedrus selection. In the press release, Robert Holt wrote: “Southern Draw Cigars has been quietly enjoying this size for several years (in fact, I am smoking one as I draft this PR).” 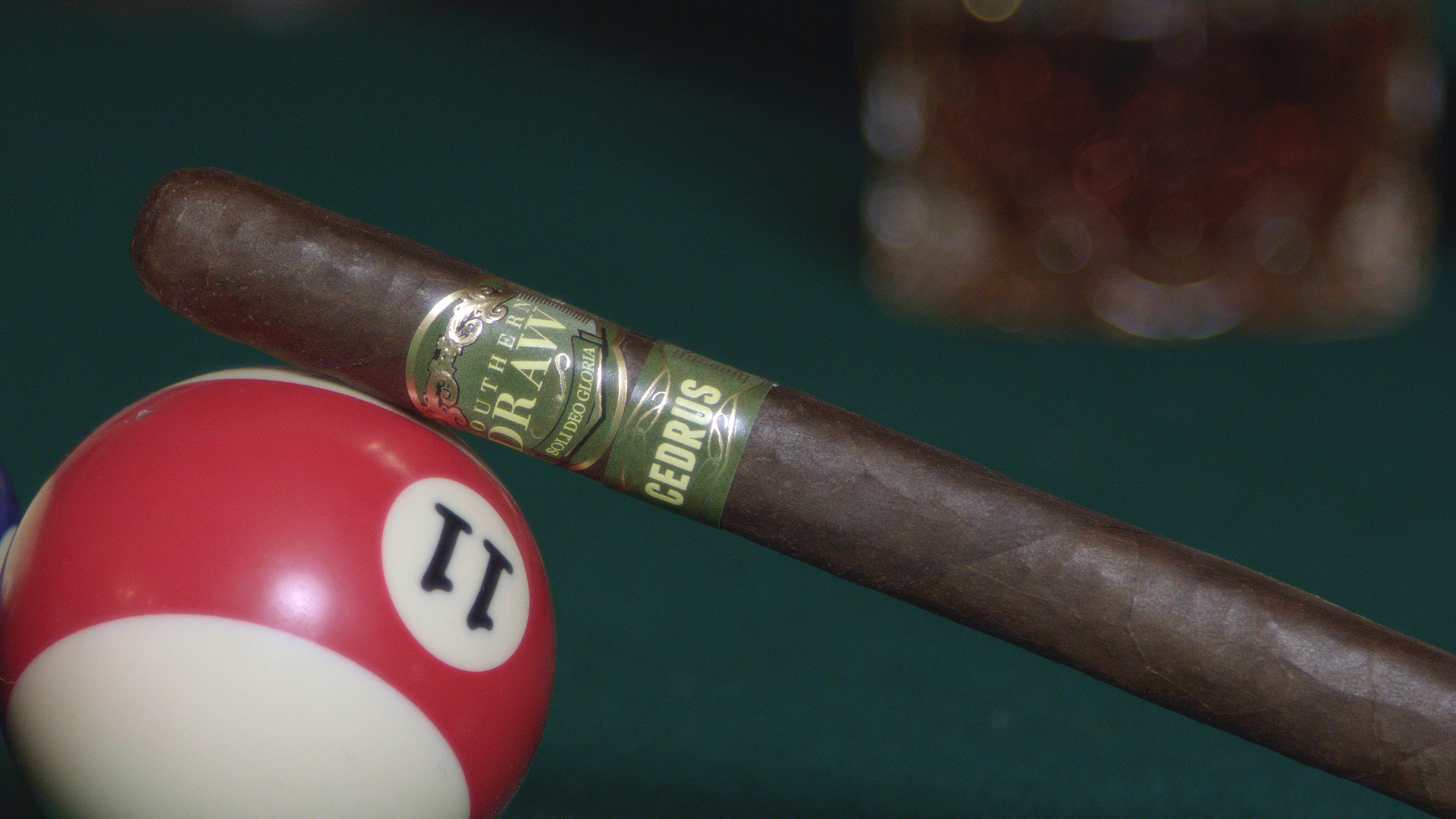 The cigar was introduced pre-COVID at the 2020 Tobacco Plus Expo in Las Vegas, NV. Having previously offered a Lancero size in the popular Rose of Sharon, Firethorn, Kudzu and Jacobs Ladder, this new addition is expected to “complement the Cedrus line nicely.” Unfortunately, several lockdowns in Nicaragua prevented Cedrus from reaching retail stores until later in the year.

Although Lanceros are not as popular as other sizes among cigar smokers, Southern Draw has done as well with this slender shape as they have with Robustos and Toros. So, they’re not about to stop now, which is good news for cigar smokers who are drawn to Lanceros.

Construction: A slim, attractive cigar with a nice pressing and a well-applied, three seam cap. The Besuki wrapper is also clean with a milk chocolate color. I found no soft spots, and the cigar feels nice in the hand.
Cold Draw: The draw was excellent, revealing a nutty and lightly spicy flavor.
Toasting and light: No problem, but I suggest using a single flame lighter or cedar match. The first few puffs are earthy and peppery.
Base flavors: Earth, peppery spice, cedar, nuts, cocoa.
Aroma: Sharp.
Retrohale: Oaky.
Burn & Ash: The burn was even throughout with a firm, dark grey and black ash. 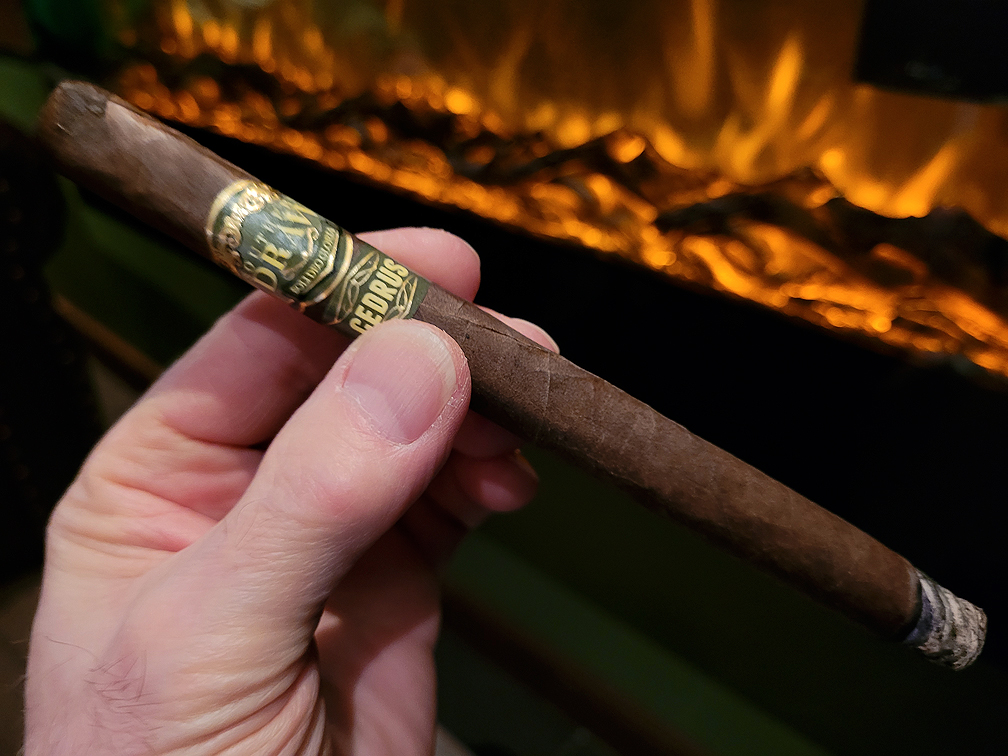 Earthy and peppery out of the gate, the Cedrus Lancero rounds-out at around three-quarters to an inch of burn. Earth and peppery spice continue to dominate, but with less intensity. Once you get past that first inch, the cigar settles down even more, resulting in some impressive smoothness. Another inch down, and some sweetness appears along with woodsy flavor, but it’s mostly a nice mix of earthiness, spice, and sweet tobacco. 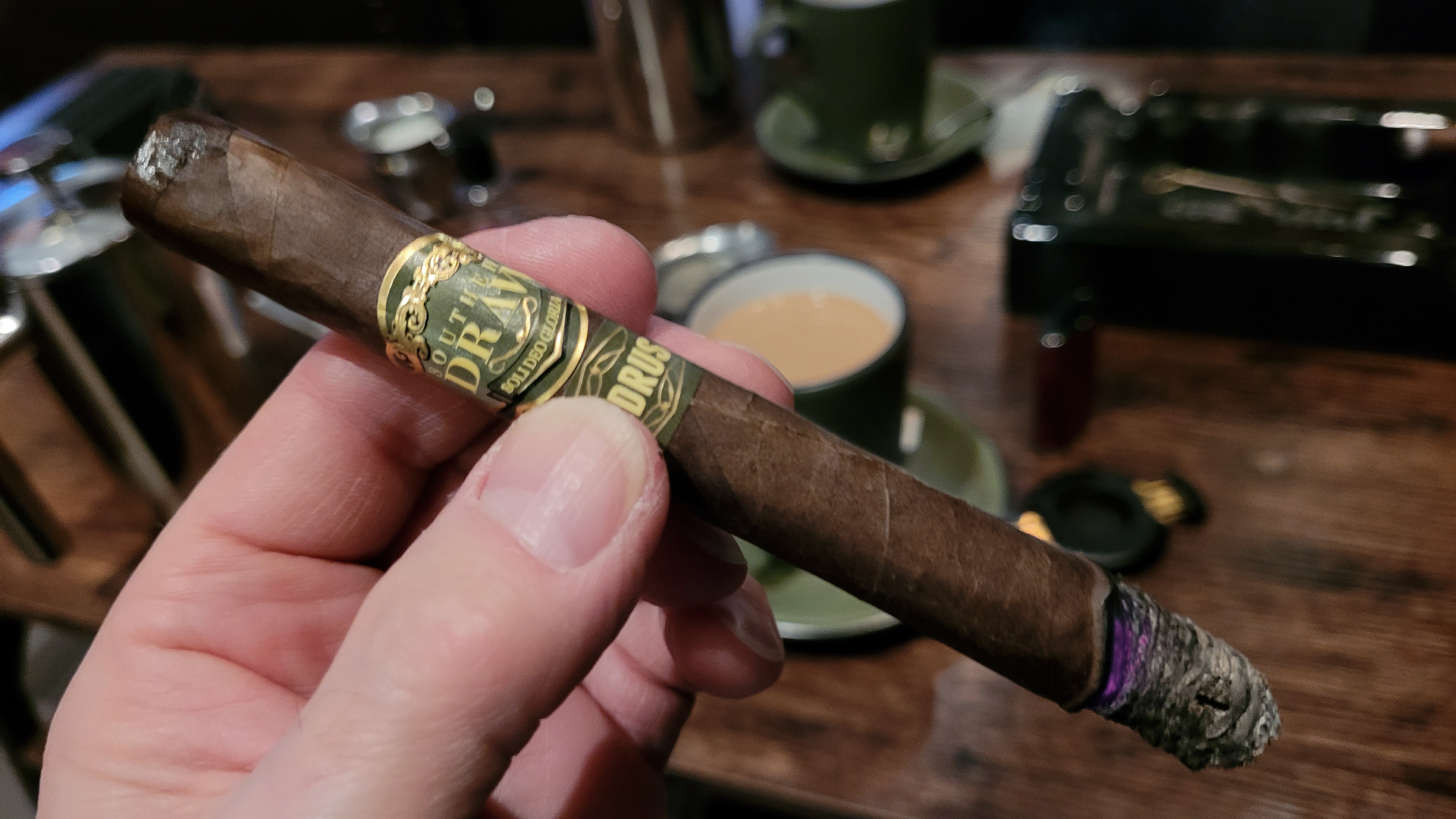 Starting off with a retrohale, which was kind of oaky, the Cedrus Lancero is mighty fine with a medium-plus body. The burn has been excellent revealing a firm ash and a conical shape when tapped. Also at this stage, the cigar opened up even more. 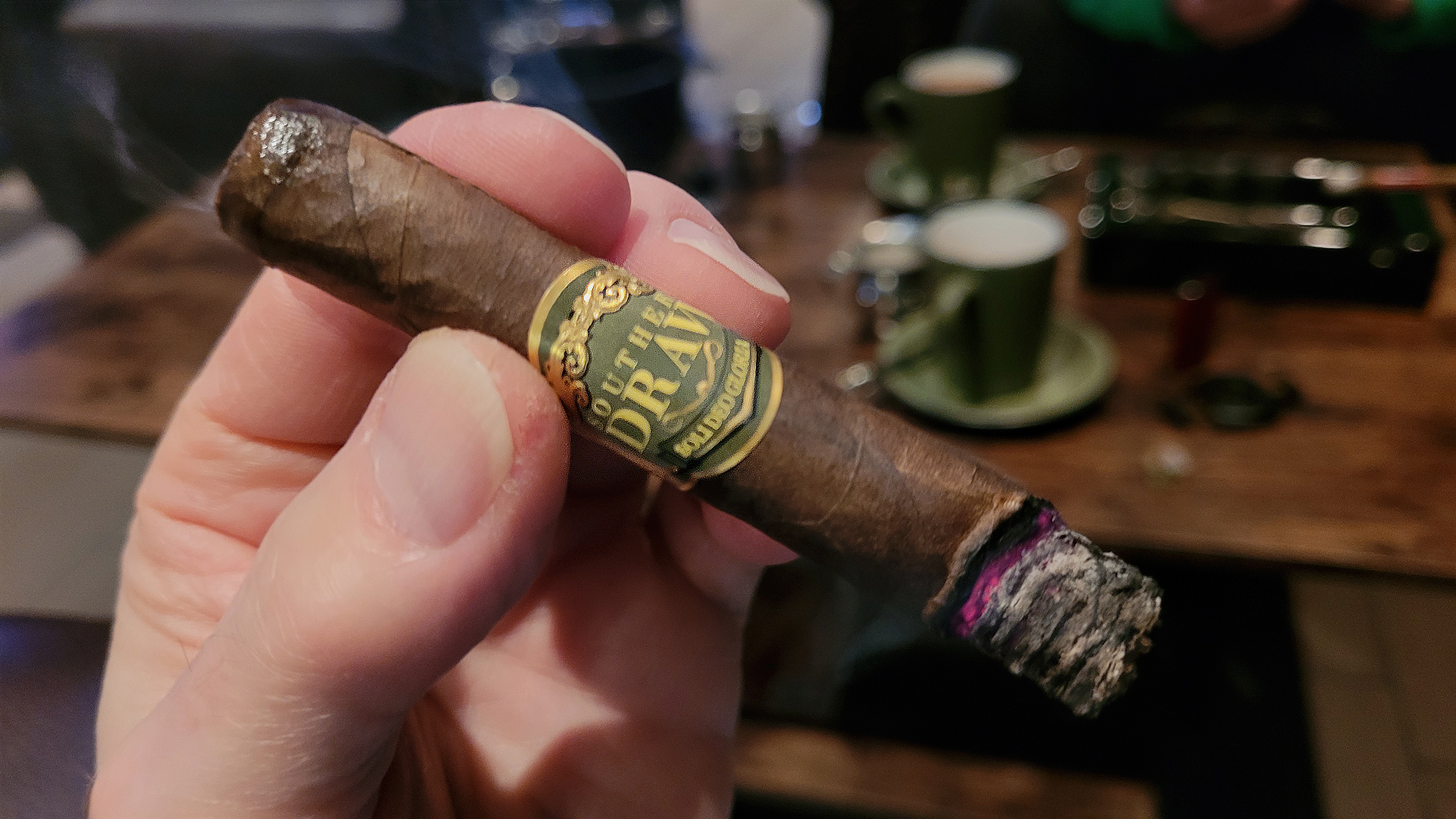 There’s a little more sweet tobacco, but I also picked up some cocoa or dark chocolate, cedar, and a hint of nuts. Earth and pepper are still the lead dogs, but the smoke is also well-balanced, so it’s starting to get much more interesting.

What can I pair this cigar with besides coffee? 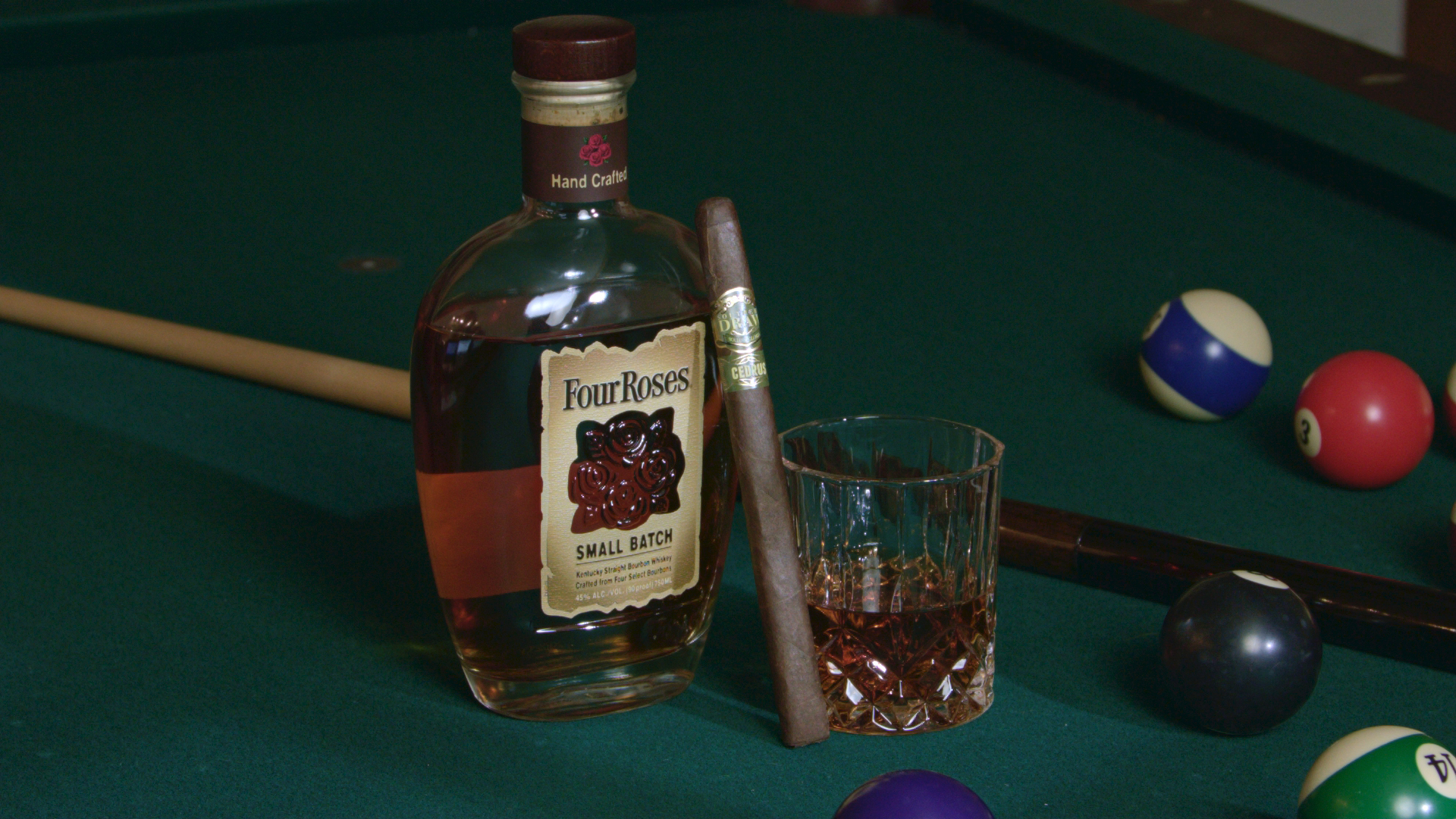 Our resident whiskey expert recommended Four Roses Single Barrel Strength. But we also like the Four Roses Small Batch shown in the video. The 100-proof Single Barrel is complex, full-bodied, and extra smooth with a long, yet delicate and mellow finish. The 90-proof Small Batch Bourbon is a mix of four bourbon recipes; also, very mellow, and well-balanced. 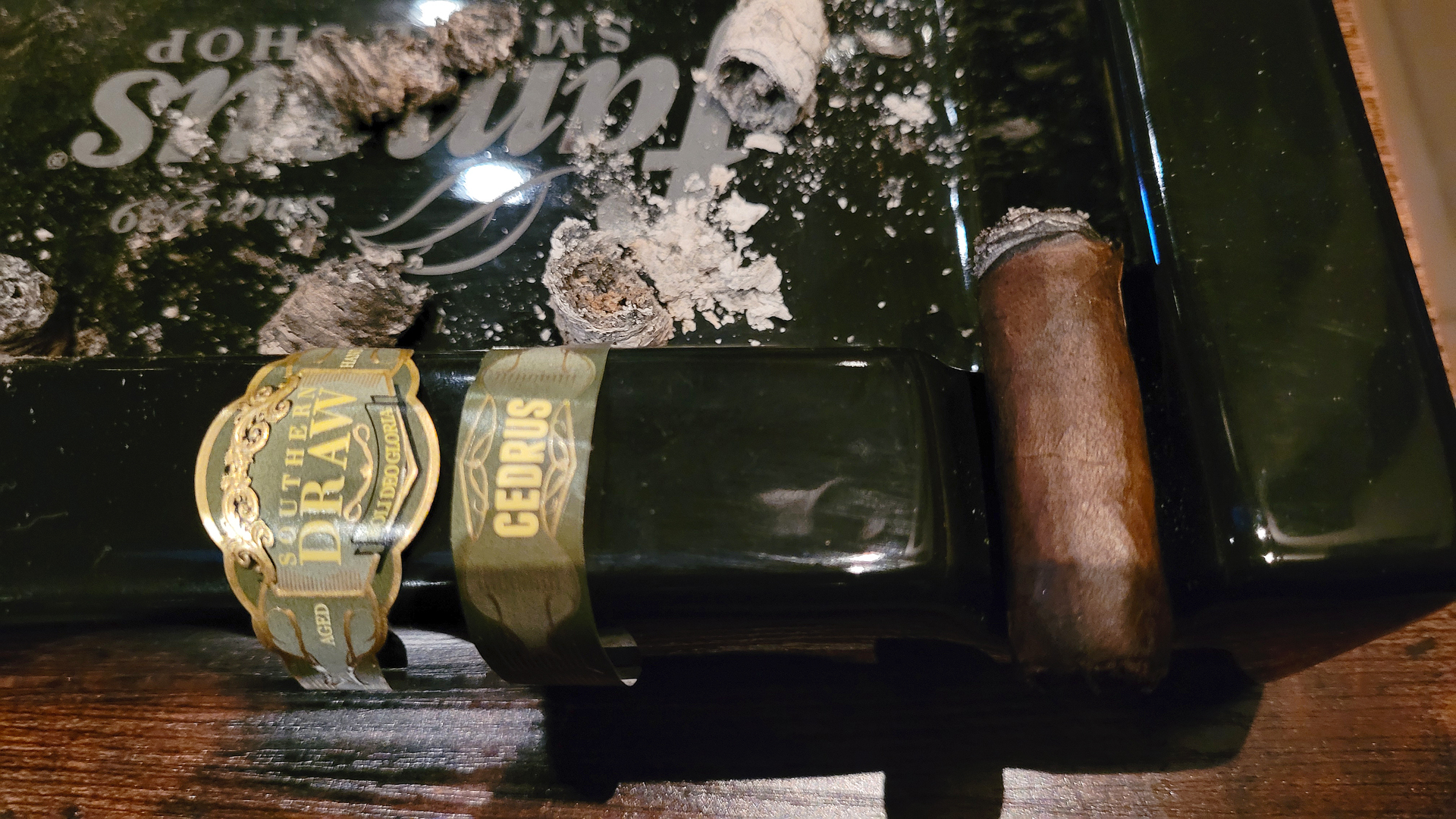 At this point the cocoa was a little more dominant, riding just below the earth and peppery spice, which seem to have backed-off a little. The smoke is still very smooth and well balanced, but the body and strength are now in the full zone. Additionally, the cedar, nuts and spice have more definition. So, the final act wraps-up as a smooth and fairly complex cigar with a robust flavor profile. 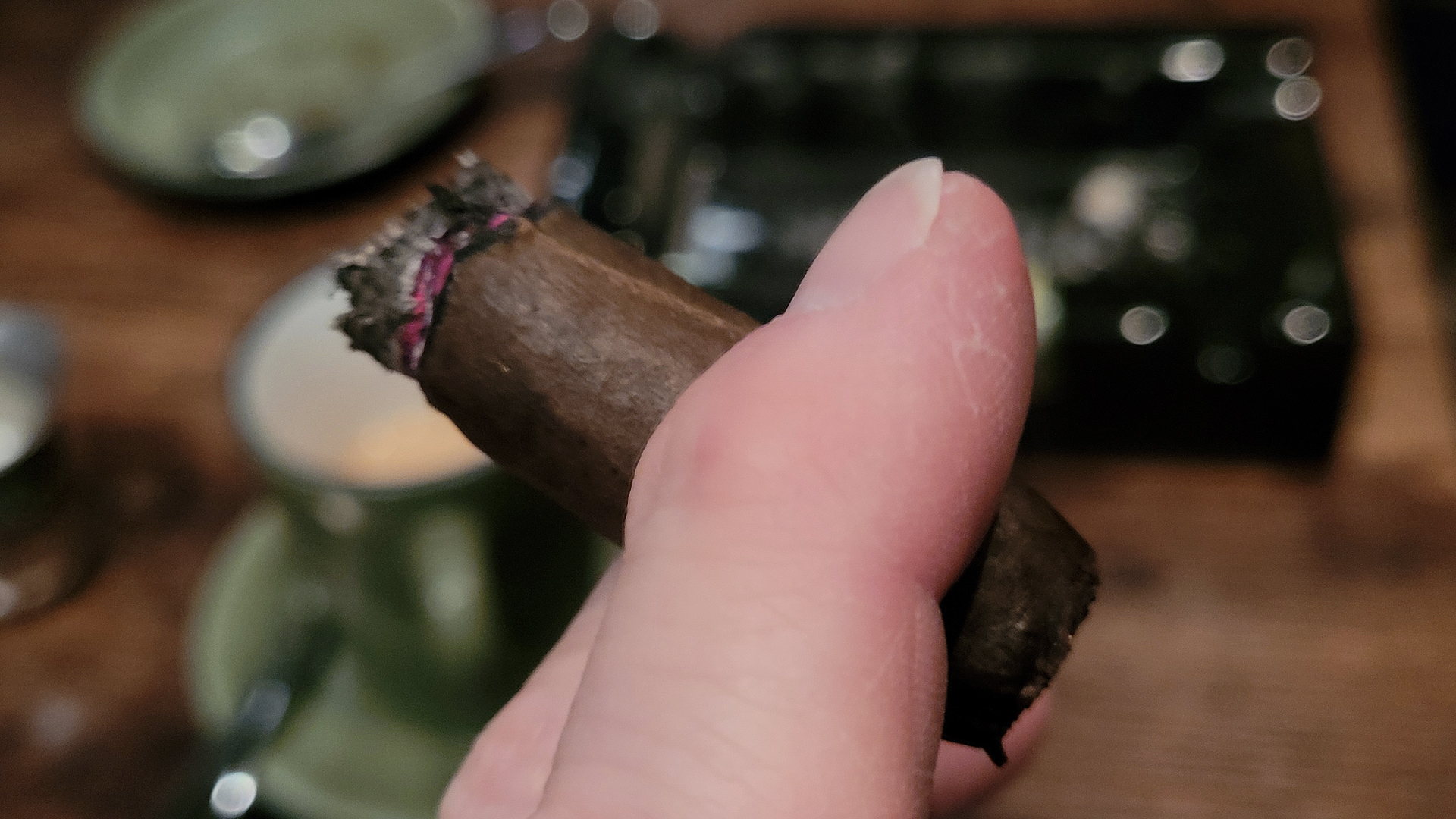 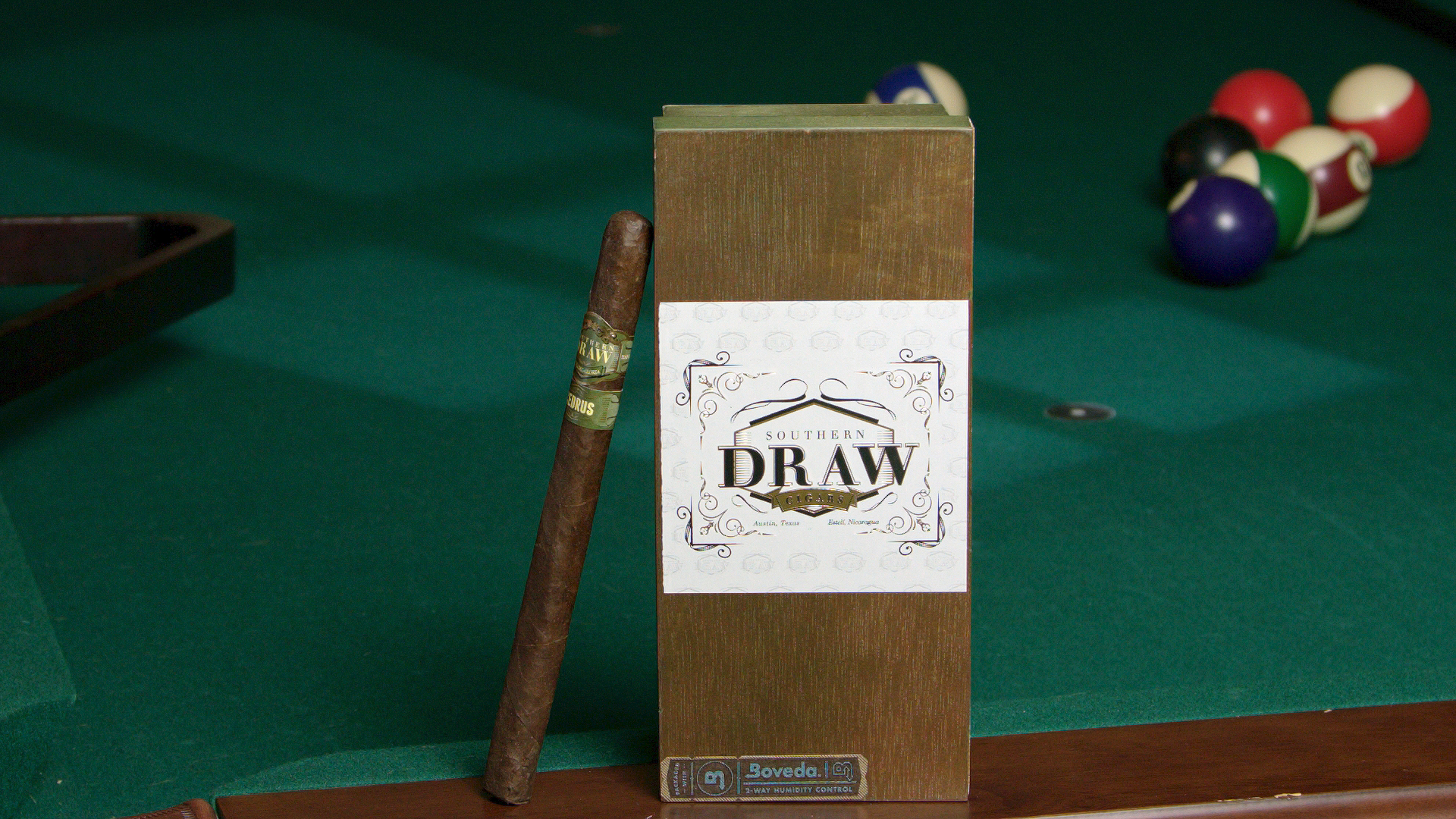 I liked the Southern Draw Cedrus Lancero for its deep Nicaraguan character, balance, burn, and range of flavors. Earthy and mostly full in body and strength, I think this cigar is more for experienced smokers rather than newbies. What really impressed me was how this cigar’s layered flavors stacked-up. Like a long-distance train ride, it made a number of stops along the way to pick up new flavors. Whether you already like Lanceros, or looking for one that offers plenty of everything, the Southern Draw Cedrus Lancero is very refined cigar worth adding to your list.