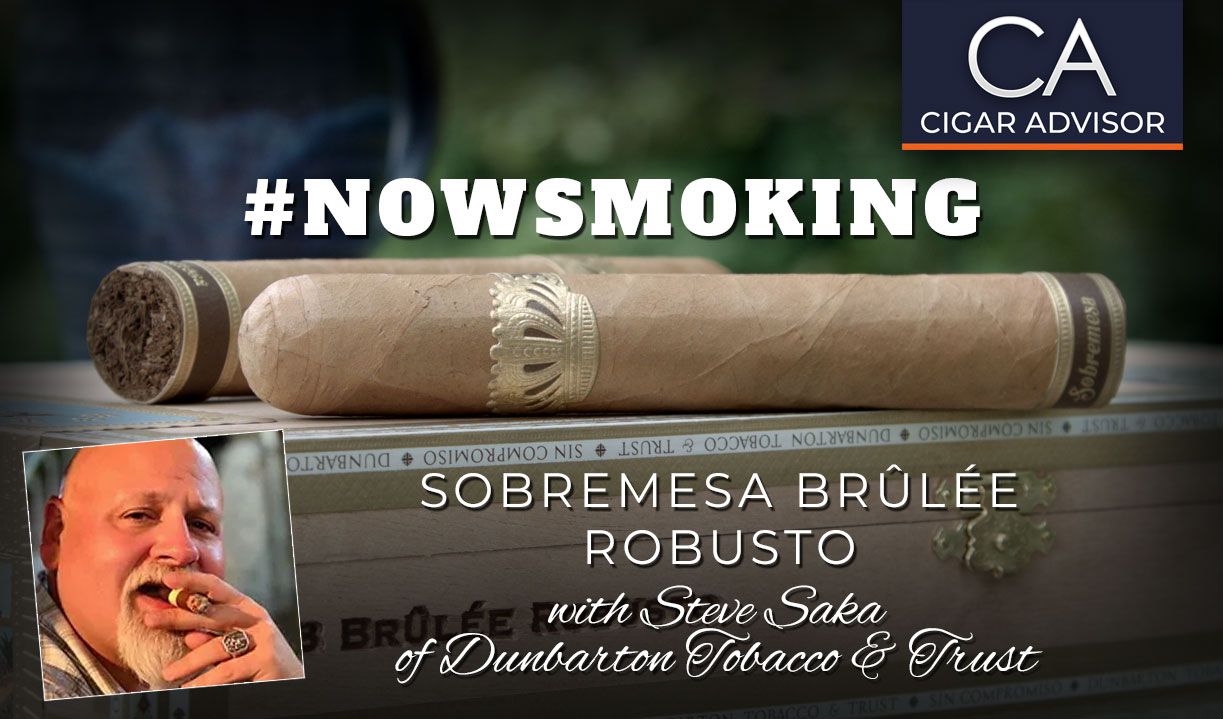 Sobremesa Brûlée was released last year, at the 2019 Premium Cigar Association trade show in Las Vegas. Blend-wise, it’s probably the most unique cigar in the Dunbarton Tobacco & Trust Cigars stable, mostly due to its milder flavor profile. And if you watch the video, you’ll learn why DT&T founder, Steve Saka, wishes he’d made a lot more. 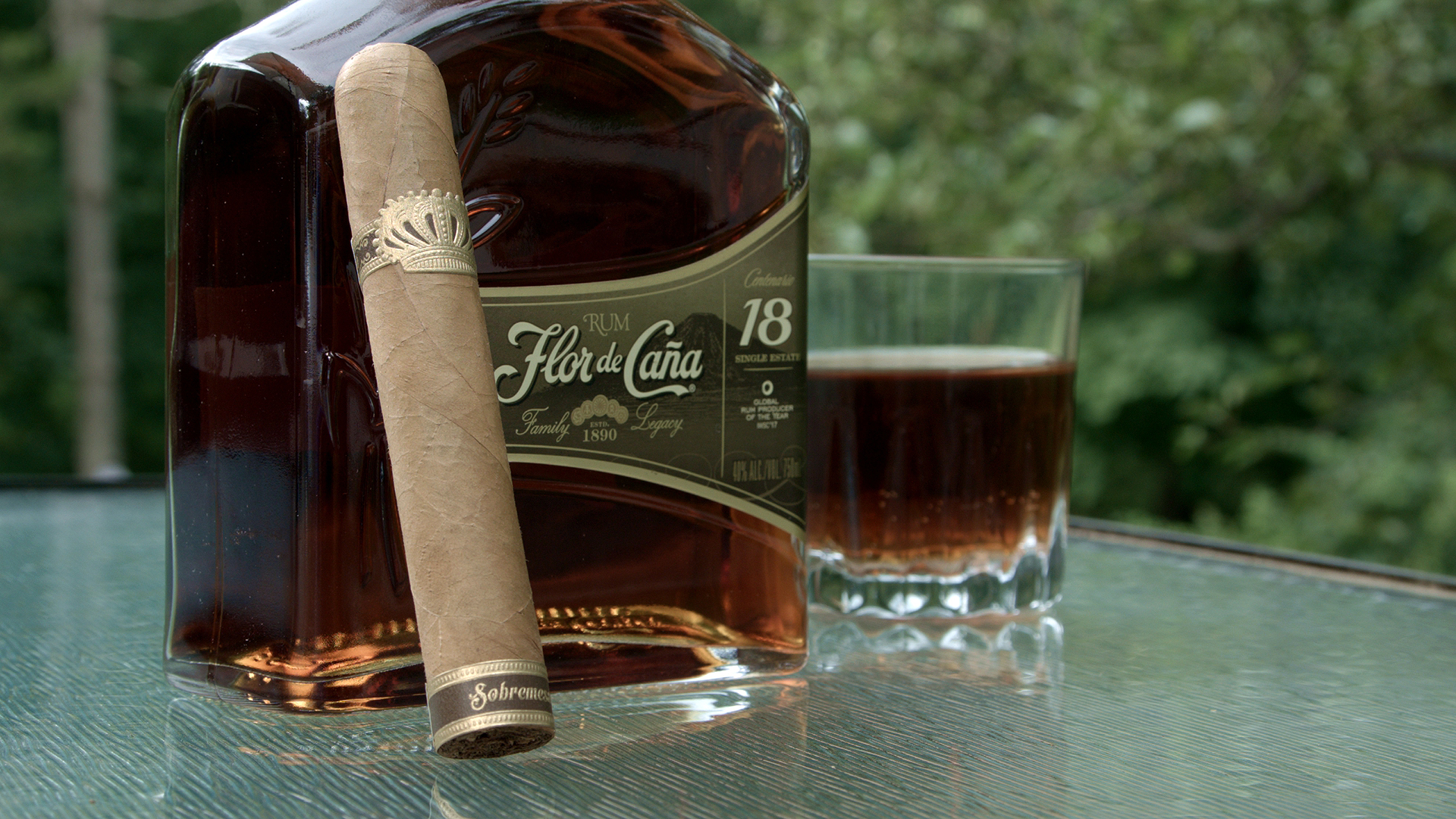 “Sobremesa Brûlée is a recreation of the milder, shade wrapped ligas of my early years,” said Steve in the original press release. “Somewhere over the last three decades many of the classic shade cigars have become wispy, uninspiring and rather dull to my palate. I wanted to share with others the way I remember these blonde cigars being.” 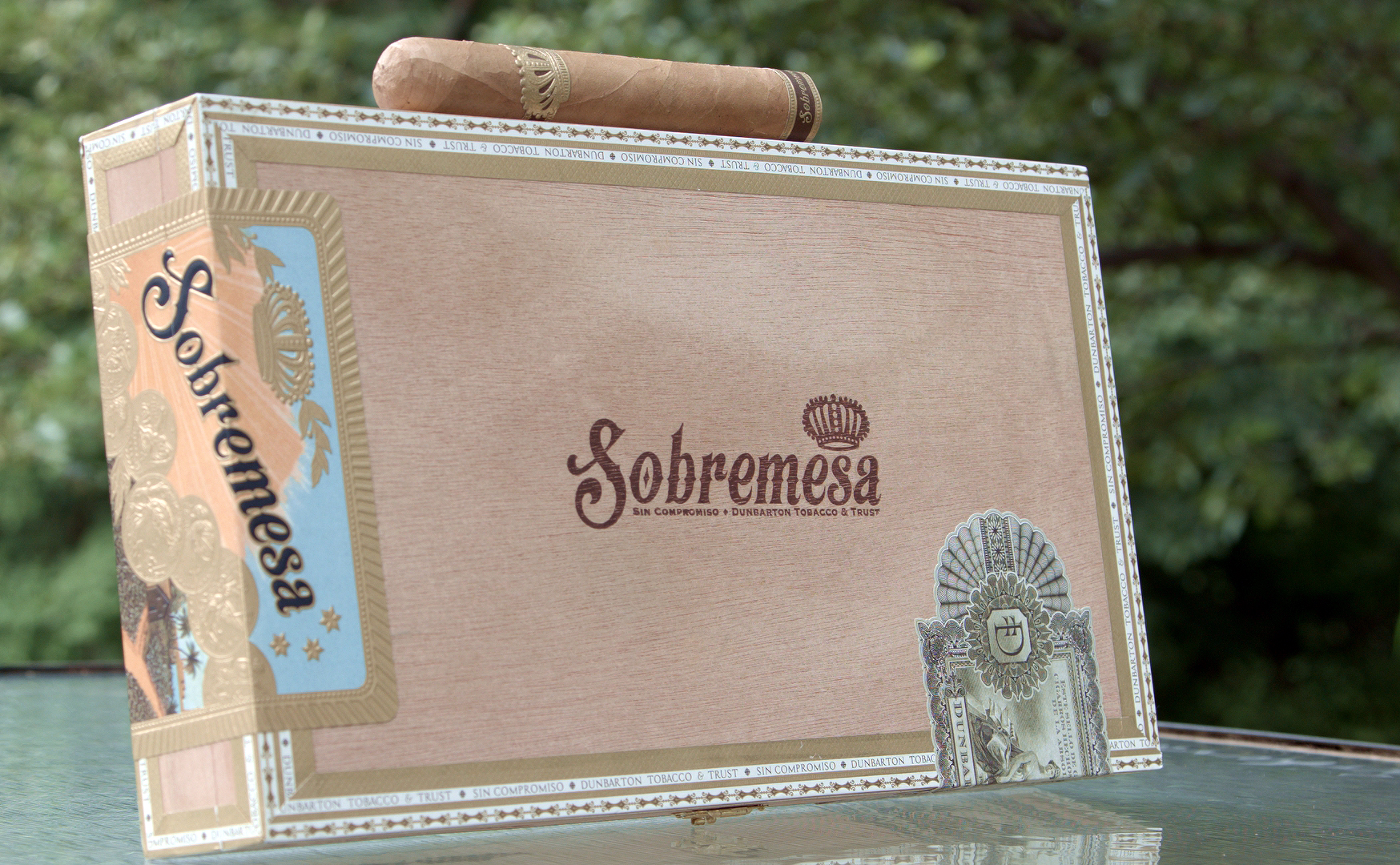 During the Connecticut resurgence that began several years ago, Steve felt the trend was more toward stronger, “not your grandfather’s cigar” style blends that lacked what he calls, “an appreciation of the enchanting characteristics and nuances of shade grown, Connecticut Seed tobaccos.” For Brûlée, the wrapper is very much the centerpiece, and Steve wanted to highlight the “mild, sweet, and nutty, nature“ of the wrapper. Whatever he did, Sobremesa Brûlée has been the past year’s runaway bestseller for Dunbarton.

Sobremesa Brûlée differs from the core Sobremesa cigars in a couple of other ways besides the wrapper. For one, the Pennsylvania Seed leaf ligero was removed, while the Condega Seco has been increased. The result is a milder, smoother Sobremesa blend that maintains the original’s complex flavor and aroma.

Sobremesa Brûlée cigars are presented in boxes of 13 cigars as follows:

Each size is also available in 5-packs.

Even though I reviewed this very same cigar in August of 2019 on my own, I think you’ll find this version with Steve a lot more interesting and way more entertaining. 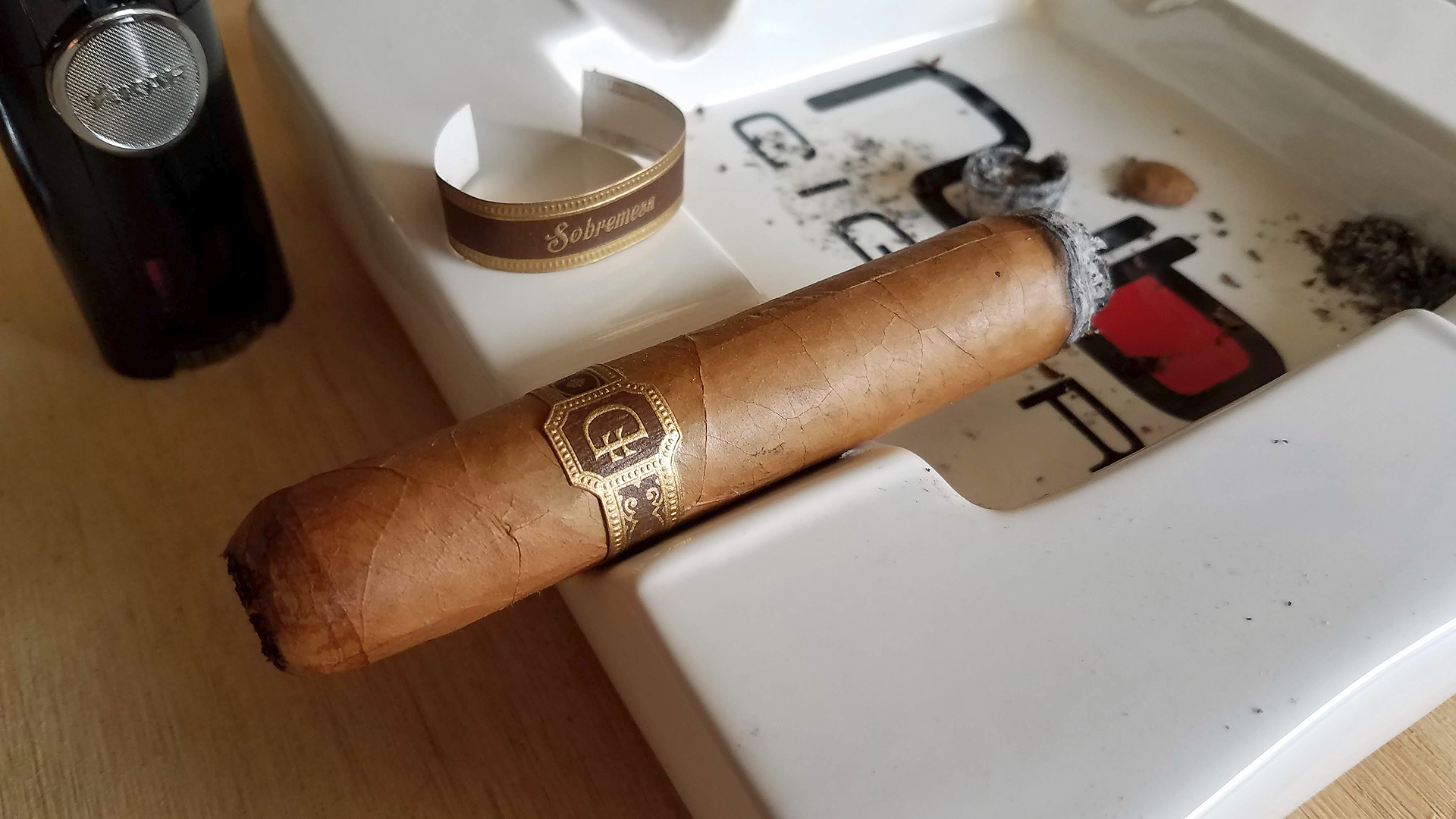 Flawlessly. The Ecuador Connecticut wrapper, which has undergone a special curing and aging process, has a beautiful appearance with light, oily patina. The cigar is well packed and offers a classic, barnyard-like aroma at the foot. The cap is perfectly applied, and when cut offers a naturally sweet and nutty cold draw with just the right amount of resistance. There was also that natural sweetness from the wrapper, which has had many believing that Sobremesa Brûlée  is a sweet tipped cigar. 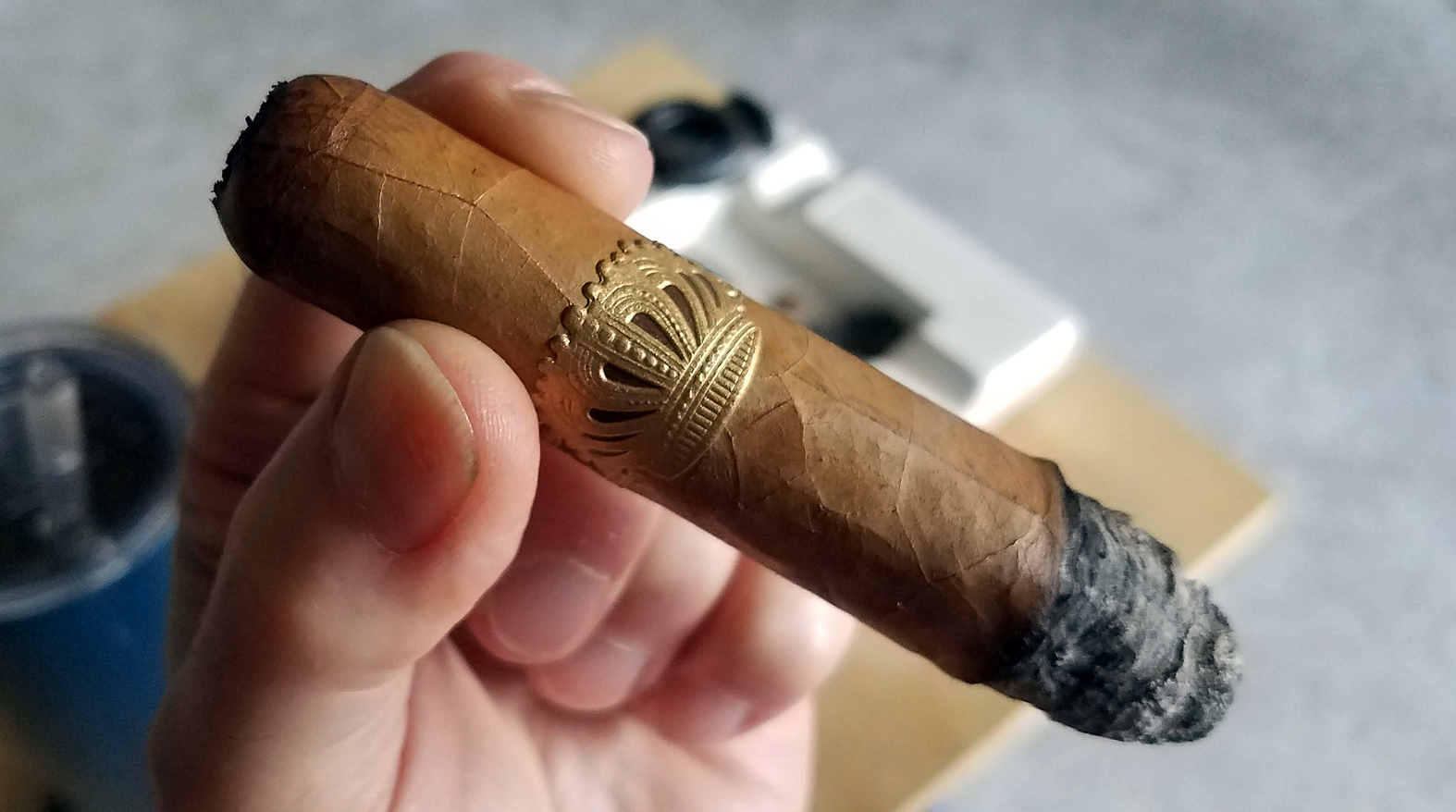 Very creamy and mellow, offering a chewy and effortless smoke that’s mostly woody, nutty, and sweet. All of the flavors are well balanced from start to finish. At times, you may get more or less flavor from any of them, but on the whole, they harmonize beautifully. The burn is also excellent leaving several firm, one-inch ashes behind, while the aroma also has a sweet fragrance. This was also one of the few reviews where I literally smoked the cigar down to half an inch. Miraculously, it never veered into bitterness, nor did it get tarry, or charry. Now, that’s a rare feat. Savoring it slowly is one of the secrets to enjoying it fully. 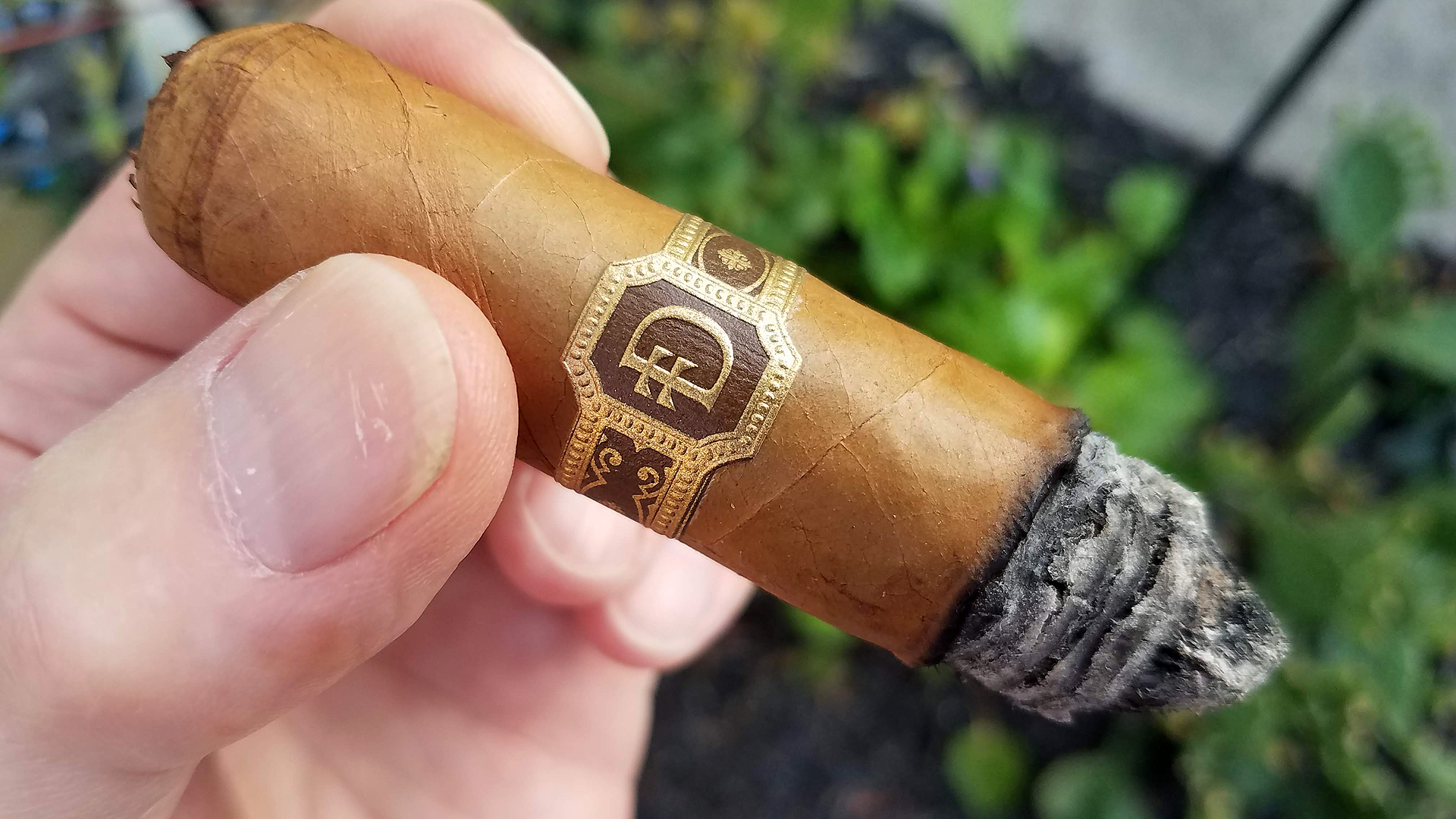 Mellow to medium in body with a tightly knit combination of cedar, nuts, leather, and sweet tobacco. The smoke is particularly creamy, like crème Brulee, and at times, almost as sweet. 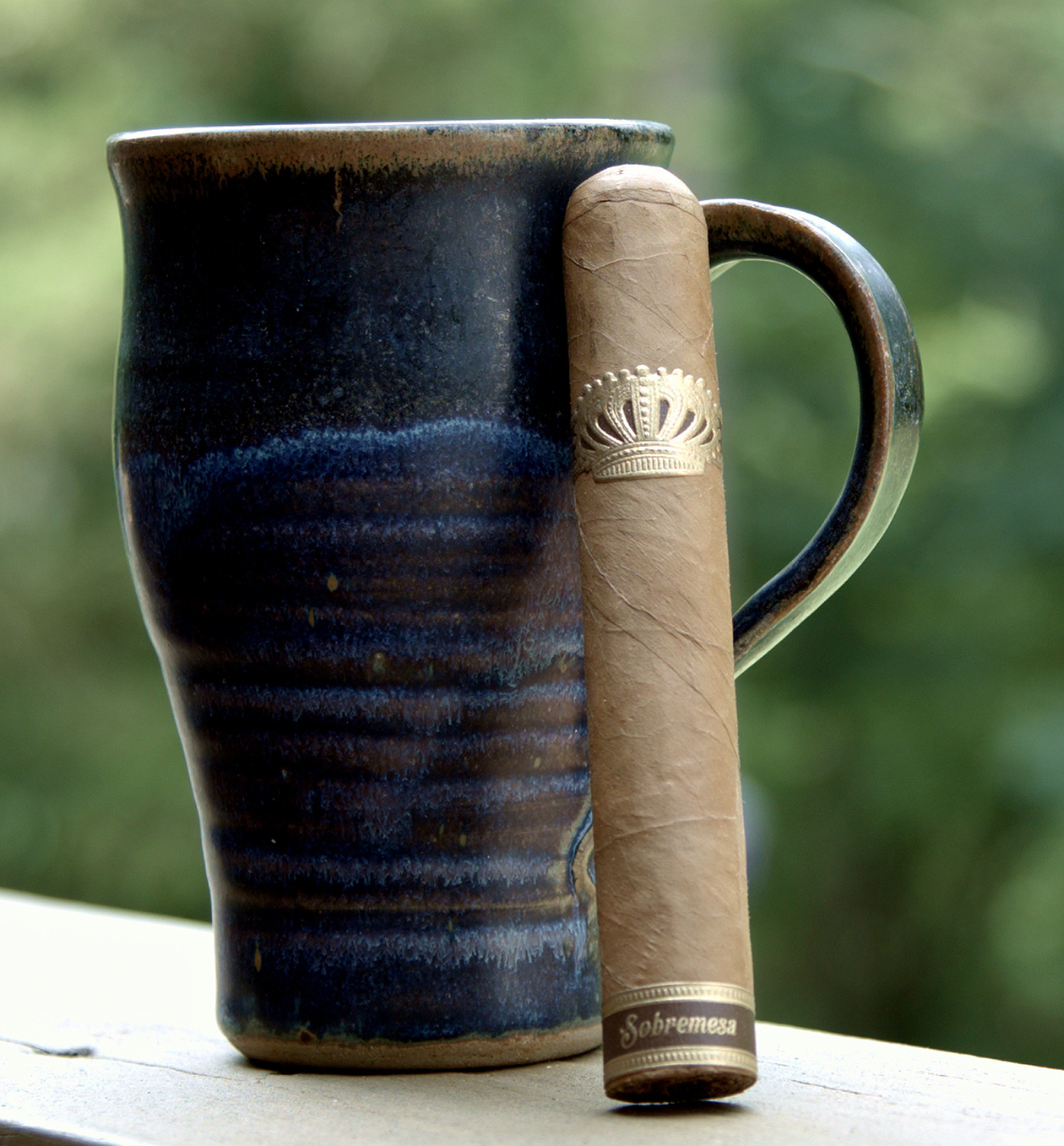 On this second go-round, I’m going to stick with it being more of a whiskey cigar, if not coffee, which I think it was made for. Bourbon or a really nice single malt would do this Robusto justice, but keep the libations on the sweeter side. 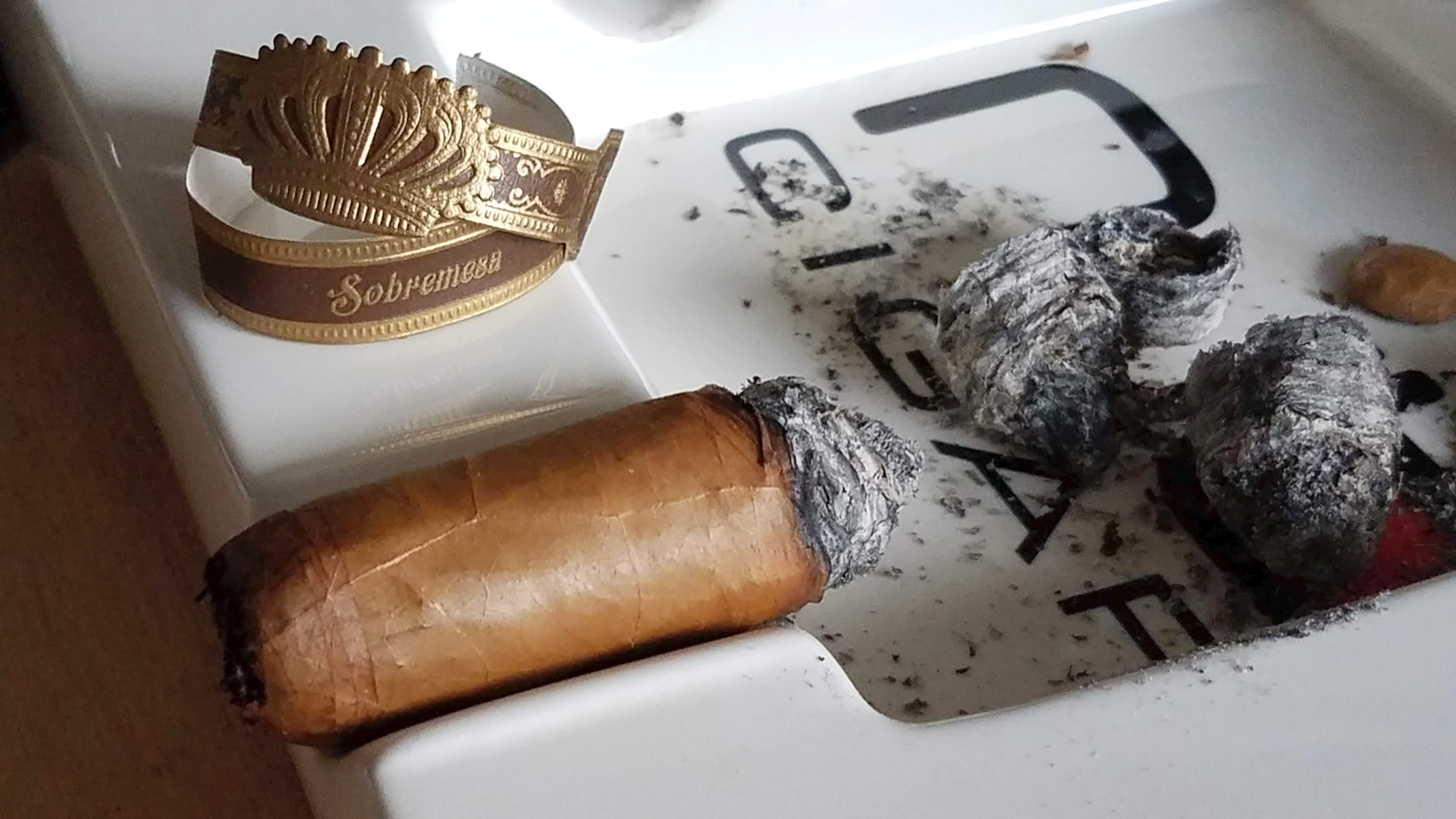 Unless you just don’t like milder cigars, everybody should smoke the Brûlée Robusto—at least once. For those who skip it, they’re missing out on something that had to be a really tough challenge for Saka. And although it’s virtually impossible to recreate the Connecticut wrapper cigars that were enjoyed by the Greatest Generation after WWII up until the Cigar Boom 90s, Sobremesa Brûlée is about as authentic as you’ll get. I think this is also why this line is such a hot commodity.

Great smoke, morning, afternoon, and night. I haven’t had a bad stick from DT&T.

Thanks Howard,
That was the idea. Steve may come off a bit curmudgeonly sometimes, but I’m always blown away by his knowledge of tobacco.
G-~

Reading Time: 5 minutes Straight from the CA humidor – it’s Room101 Farce by Matt Booth, a boutique cigar with creamy notes of nuts, wood, and spices that’s been getting a ton of buzz. The question on our minds is…does it live up to the hype? Tune in and find out now!