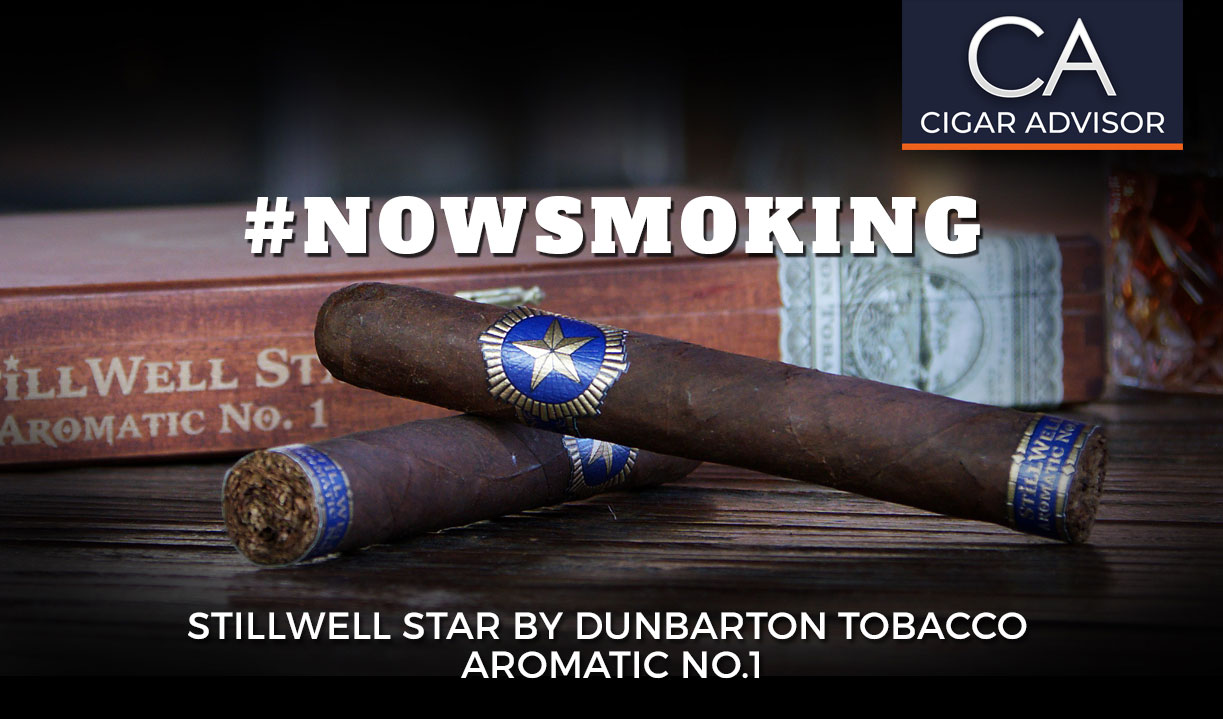 The StillWell Star Cigars Back Story

Over the years, a number of cigar brands have made cigars with blends that incorporated pipe tobacco, but they’ve often fallen short of expectations; reason being, they tend to be too sweet, often use less than average quality tobaccos, and don’t offer a true premium cigar smoking experience. In case you didn’t know, Dunbarton Tobacco & Trust Cigars founder, Steve Saka, has also been a pipe smoker for decades. He’s even created blends just for himself using Aromatics, Orientals, and other tobaccos used in premium pipe blends. And now, with the help of Jeremy Reeves, head blender for the prestigious Cornell & Diehl pipe tobacco company, they’ve created StillWell Star, the world’s first luxury pipe tobacco cigar. 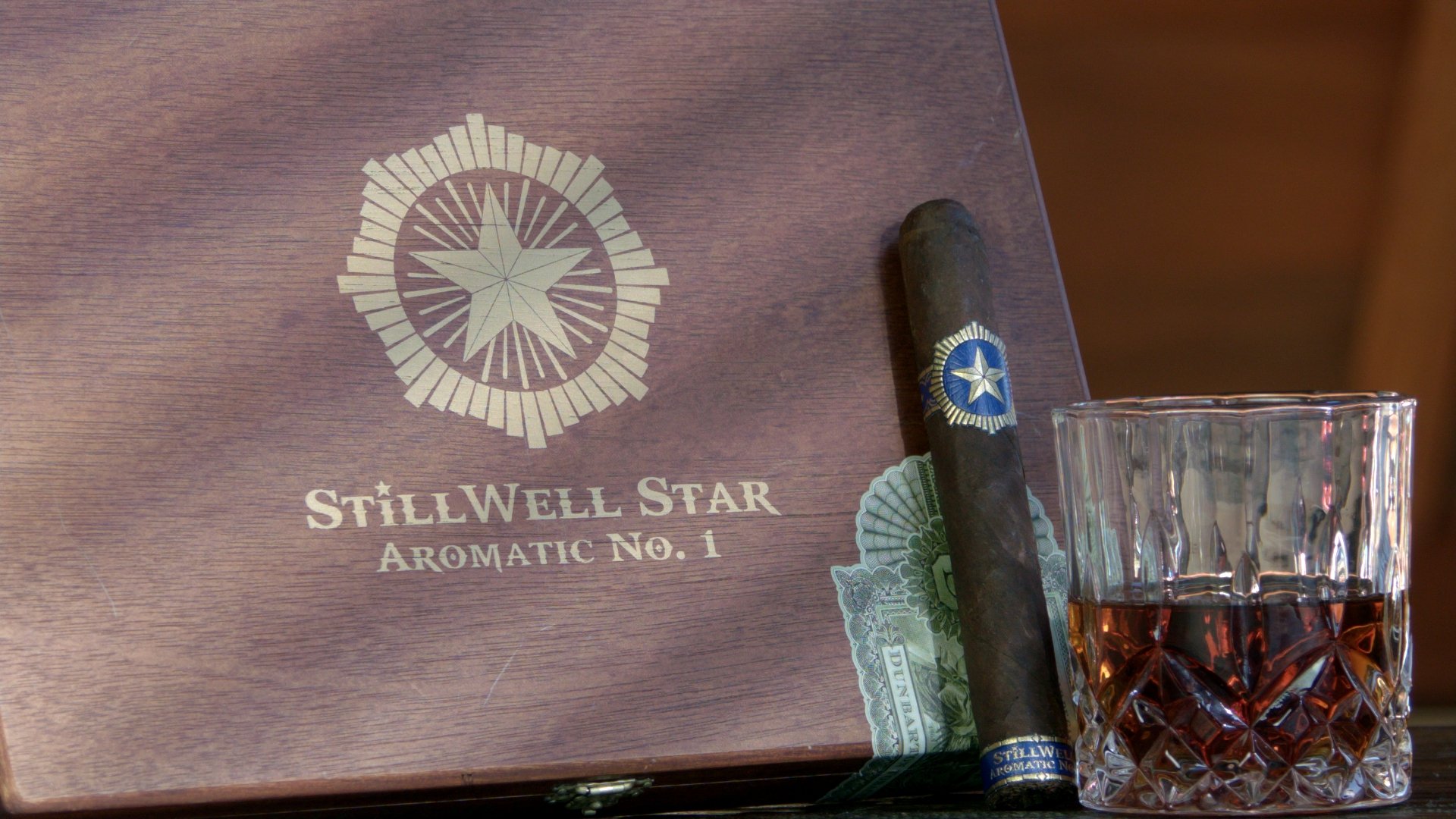 Handcrafted in four different blends, all rolled to 6×52 dimensions, the cigar and pipe tobaccos used are the finest available including the Ecuador Habano capa that graces each cigar. Each pipe tobacco recipe was crafted in small batches by Reeves, while each liga was carefully tailored by Saka to faithfully reveal the nuances in the flavors and aromas of both the pipe tobaccos and black cigar tobaccos.

Appearance: The wrapper has an even milk chocolate color, while the star logoed band is attractive and uses colors that blend well with the hue of the wrapper. The cigar also has a secondary band at the base that identifies the blend.
Construction: The cigar is solidly packed and the rolling is virtually seamless. The triple seam cap is well fashioned and lightly sweetened; traditionally, it’s called a cabeza dulce, or “sweet head.” The cigar also has a good and solid feel in the hand.
Cold Draw: Just right, with a vanilla extract flavor.
Base flavors: Caramel, baking cocoa, espresso, white pepper, leather.
Aroma: Very little off the wrapper, but the base reveals something on the order of chocolate chip cookies.
Burn & Ash: Excellent. The cigar does a slow, even burn, and reveals dark grey ashes that hang on well. 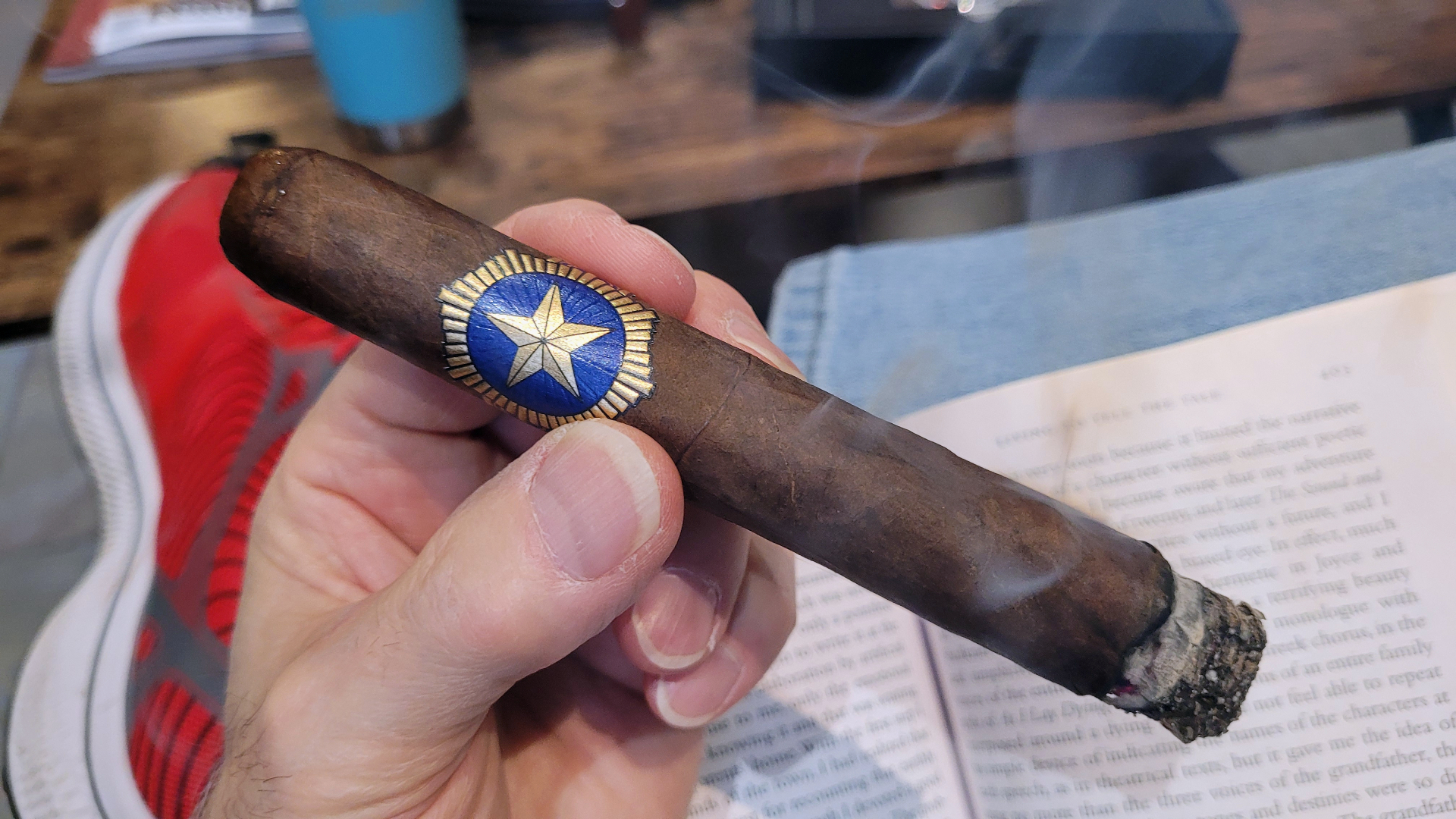 Both of my StillWell Star Aromatic No.1 cigar samples lit evenly, and the early puffs were quite  mellow with some lingering pepper on the finish. Definitive flavors take a little time to arrive. Yet from the start and throughout the entire cigar, the smoke volume was quite thick and exuded a rich caramel aroma. As the flavors began to develop, I got a taste of sweet caramel mixed with the more piquant taste of espresso. All-in-all, the aroma of the smoke was the main ingredient. 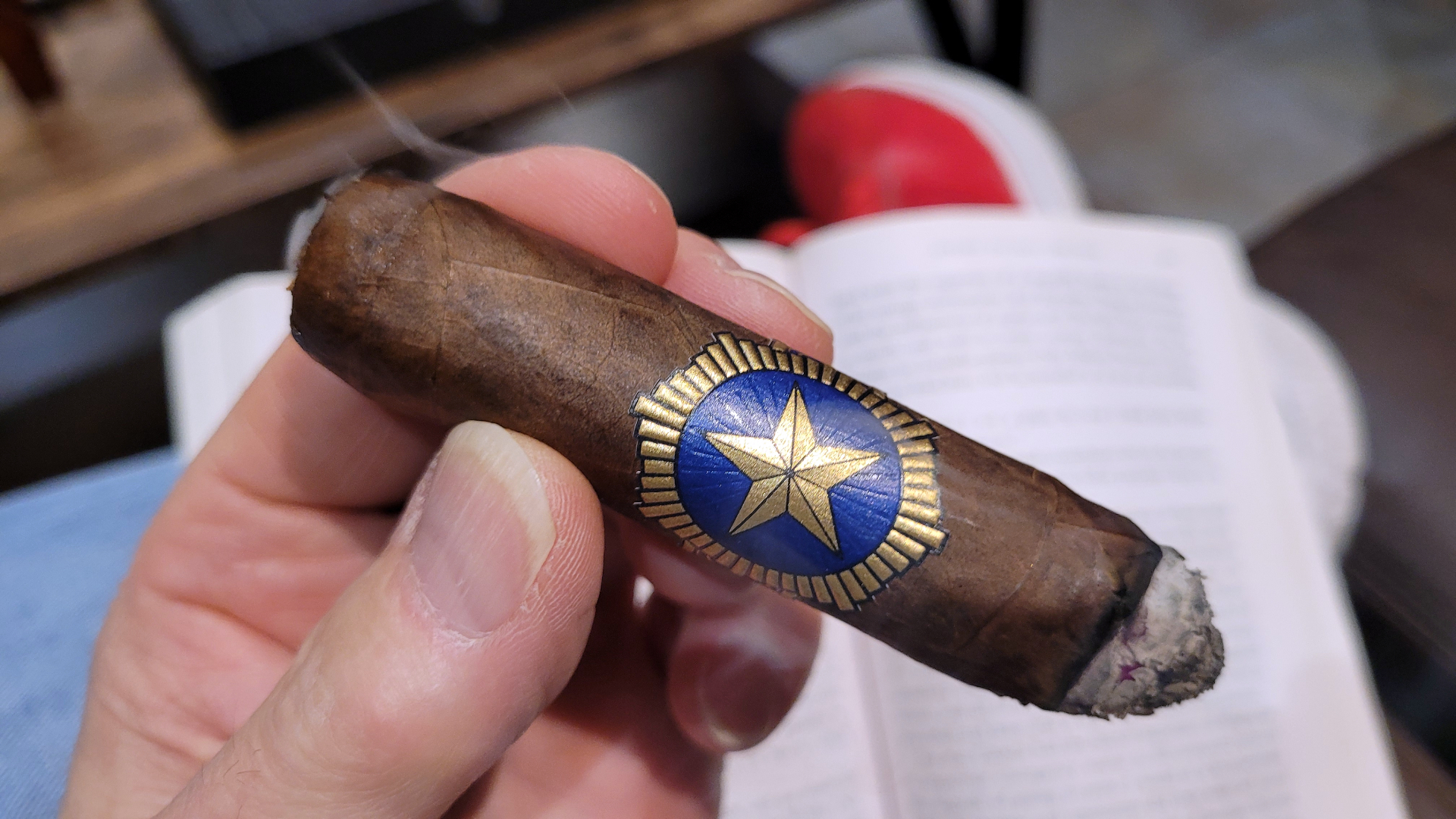 The smoke, mellow body, and aroma pretty much stayed the course, while the peppery finish faded. The strength and body of the cigar were still pretty mellow, and the flavors on the palate remained on the subtle side. At this juncture, I picked up some baking cocoa. The caramel “taste” seemed to be coming more from the smoke aroma, while the espresso was more prevalent on the palate. Here again, the aroma was driving the performance, and the experience was markedly relaxing. 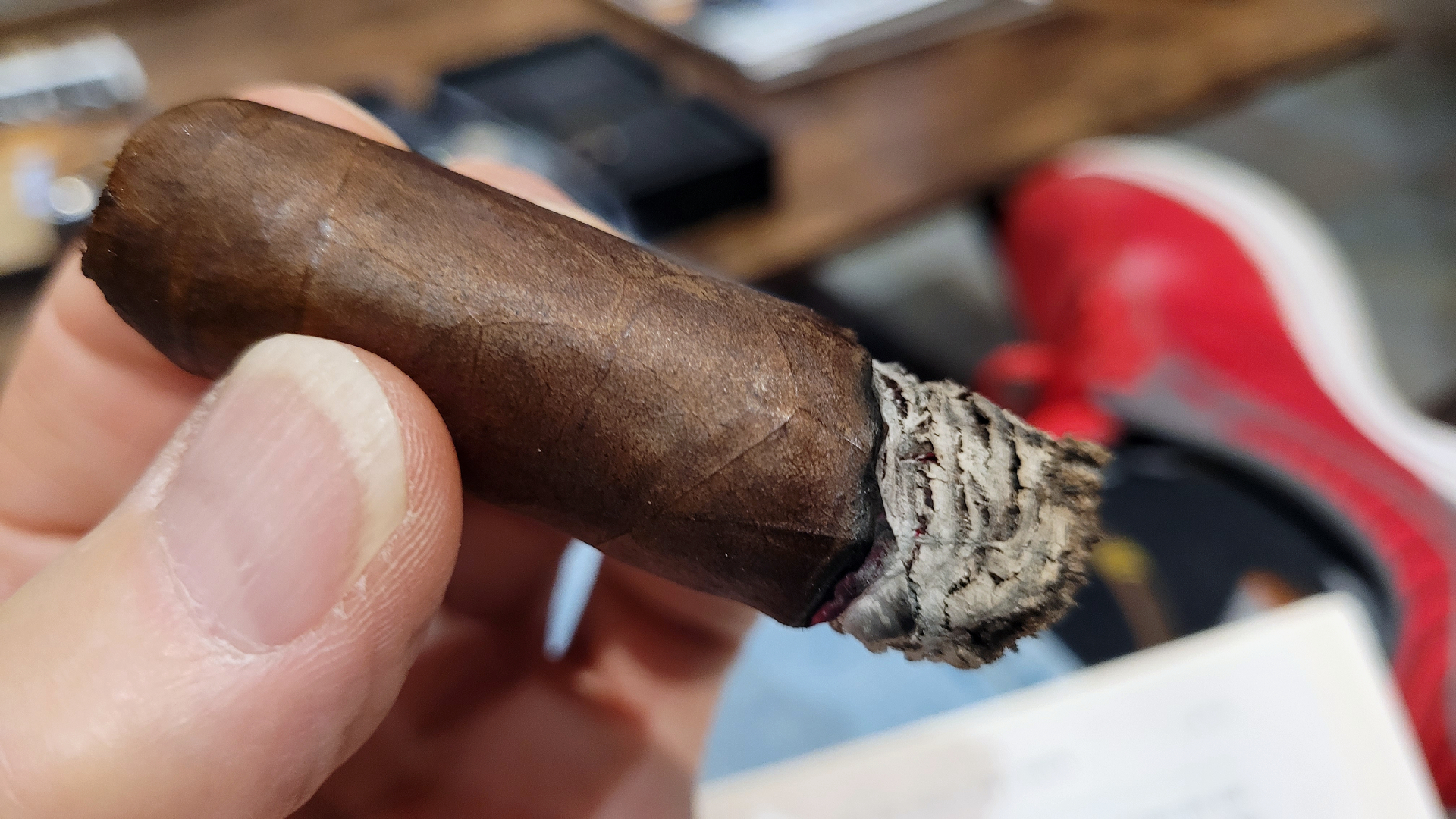 Talk about consistency. Here again the cigar’s flavor profile was mainly defined by its aroma. The body was now leaning more towards medium, while the overall strength remained unchanged. I also thought the flavors were beginning to flatten a little, but I did pick up a leathery note as the cigar continued to offer that sweet, relaxing aroma. The final flavor set at this point was a mix of caramel, baking cocoa, espresso, and sliver of leather with a medium-plus body.

What whiskey pairs well with the StillWell Star Aromatic No.1 Cigar?

The cigar seems like it was made for pairing with a rich espresso or black coffee. If you want to keep it sweet, go for a Cafecito. On the spirits side, you might want to reach for a good añejo rum. For more combinations, see our Cigar & Spirit pairing guide.

Is the StillWell Star Aromatic No.1 cigar worth smoking?

I would have to say absolutely, but with one caveat. Steve Saka is known for his very rich, complex, and full-flavored Nicaraguan blends. However, the StillWell Star Aromatic No.1 is the mellowest cigar in the Dunbarton Tobacco & Trust stable. So, if you’re expecting something like a Sobremesa or a Mi Querida you’re out of luck. The real star of this StillWell is its aroma. 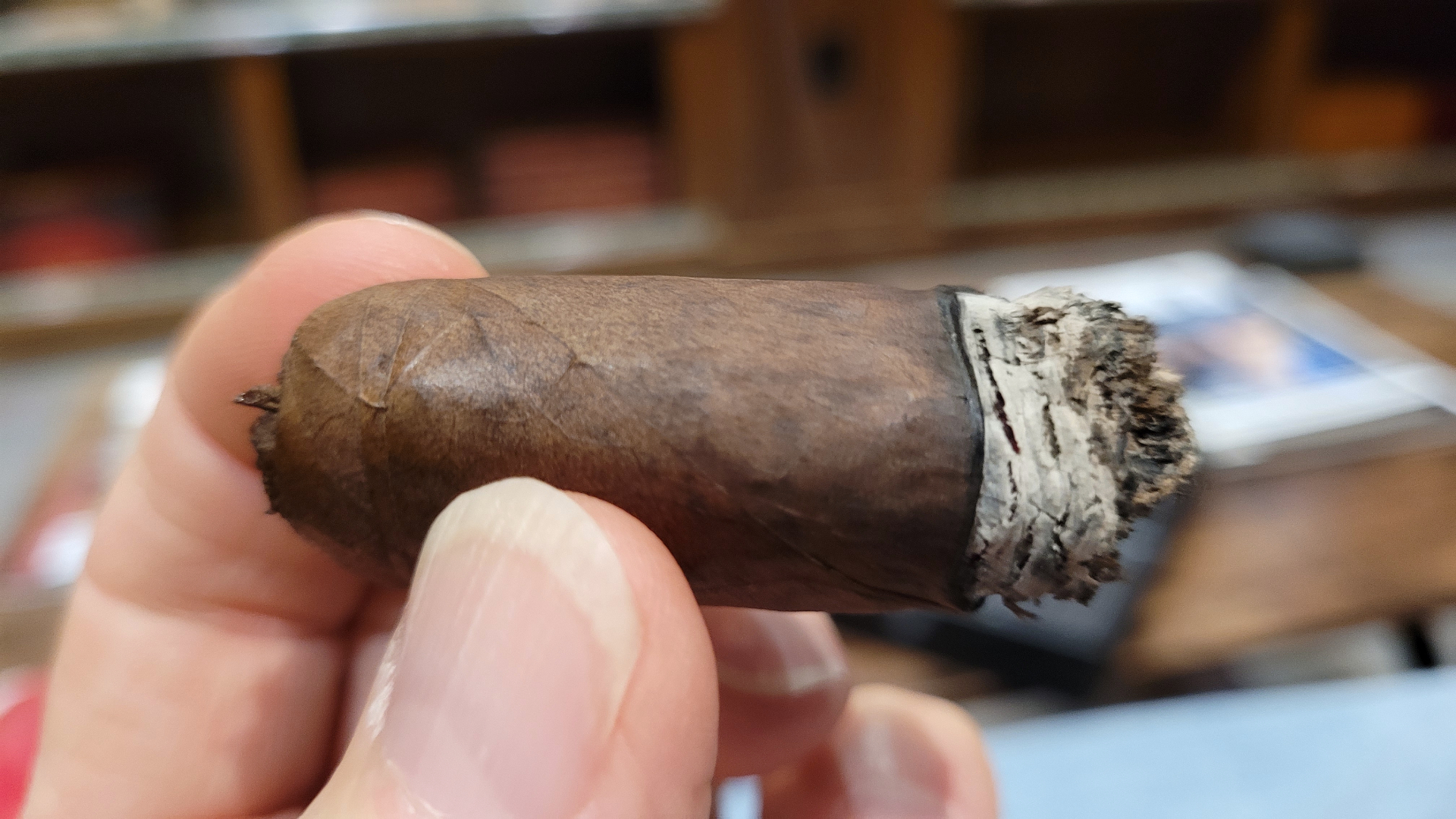 As a former pipe smoker myself, I was impressed with how similar this cigar was to smoking a pipe. And as a cigar smoker who loves a cigar with a good aroma, this one is hard to beat. If you also enjoy the occasional pipe smoke and want that mellow, aromatic, and relaxing experience in a premium long filler cigar, your ship has come in. Better yet, you can take the nub of the cigar and finish it in your pipe.

Reading Time: 7 minutes Planning a wedding is a tedious beast, and skipping out on good wedding day cigars is simply a sin. We’ve made finding the right wedding cigars simple – see our list, and your guests will thank you.