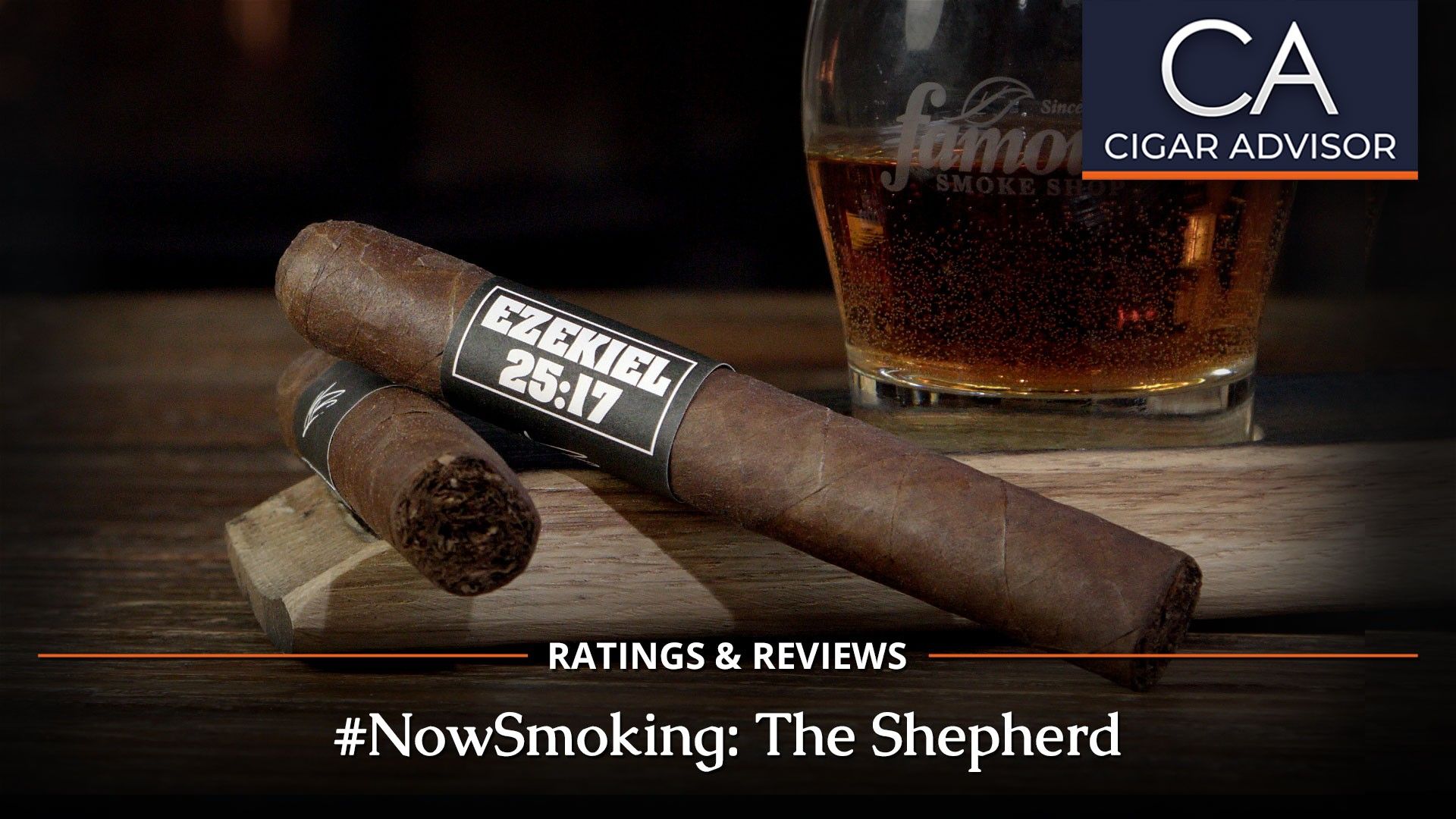 Presented in bundles of 10

The Shepherd Back Story

The Shepherd is a limited edition one-off from a Pospiech Inc. series where the blend information is purposely undisclosed. Only 10,000 cigars were rolled for this collaboration project between Pospiech partner, Mike Szczepankewicz and Matt Booth of Room101 cigars fame. A close look at the band also reveals their signatures.

“Mr. Booth and I both added our signatures to the bands. Because if you believe in it you should put your name on it,” said Mike Szczepankewicz. 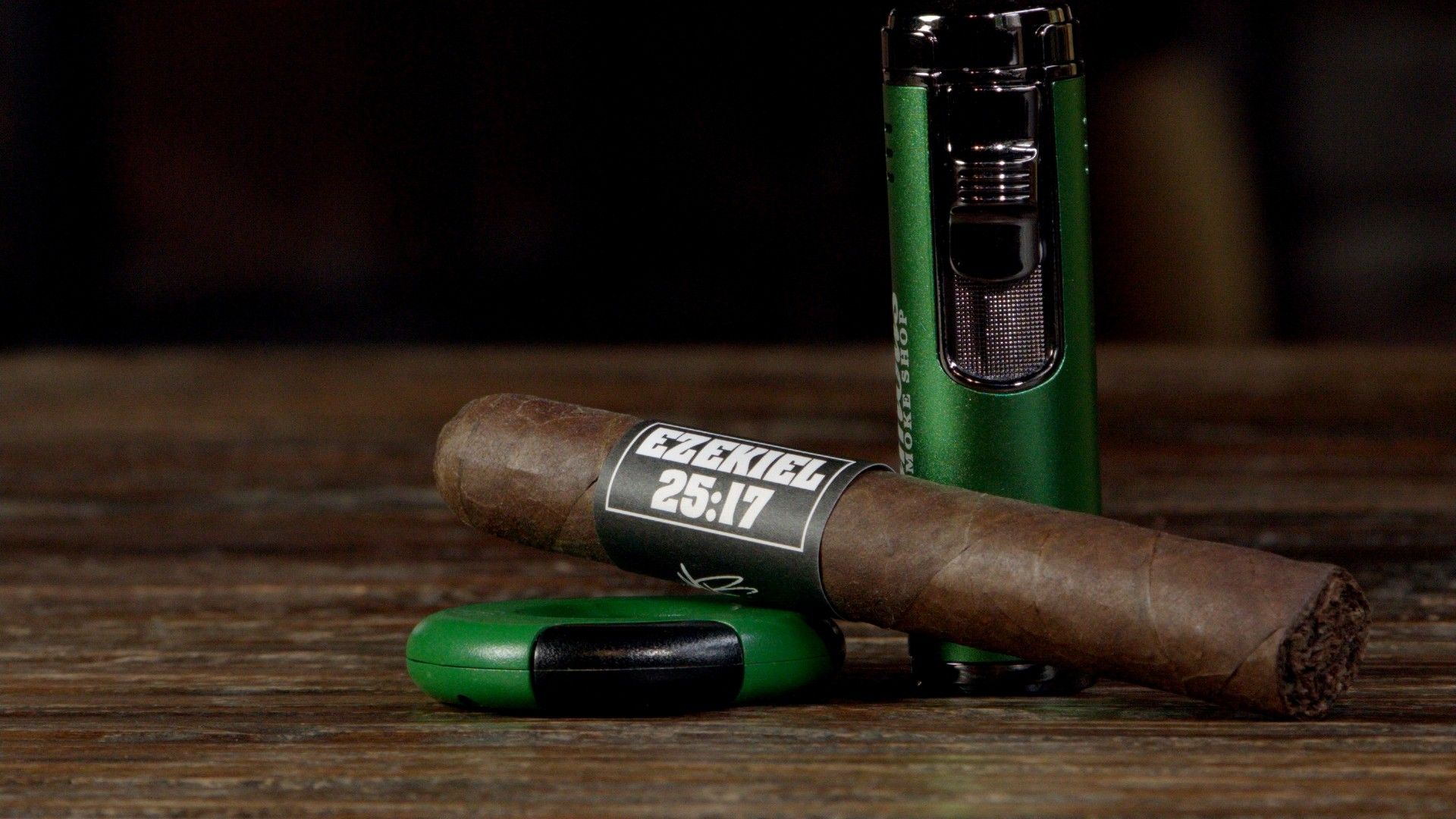 You’ll also notice the reference to Ezekiel 25:17. This is the biblical verse yelled by actor Samuel L. Jackson in the movie Pulp Fiction just before he murders somebody:

“The path of the righteous man is beset on all sides by the inequities of the selfish and the tyranny of evil men. Blessed is he who in the name of charity and good will shepherds the weak through the valley of darkness, for he is truly his brother’s keeper and the finder of lost children. And I will strike down upon thee with great vengeance and furious anger those who attempt to poison and destroy my brothers. And you will know my name is the Lord when I lay my vengeance upon thee.”

Pospiech Inc. cigars are owned by Polish-American brothers, Mike and Greg Szczepankewicz. Having owned a successful Florida retail cigar store for many years, they decided to blend their own cigars. They also make the Powstanie War Bear 2021 that Jared reviewed earlier this year for Now Smoking.

The Shepherd Cigar Review – Act I 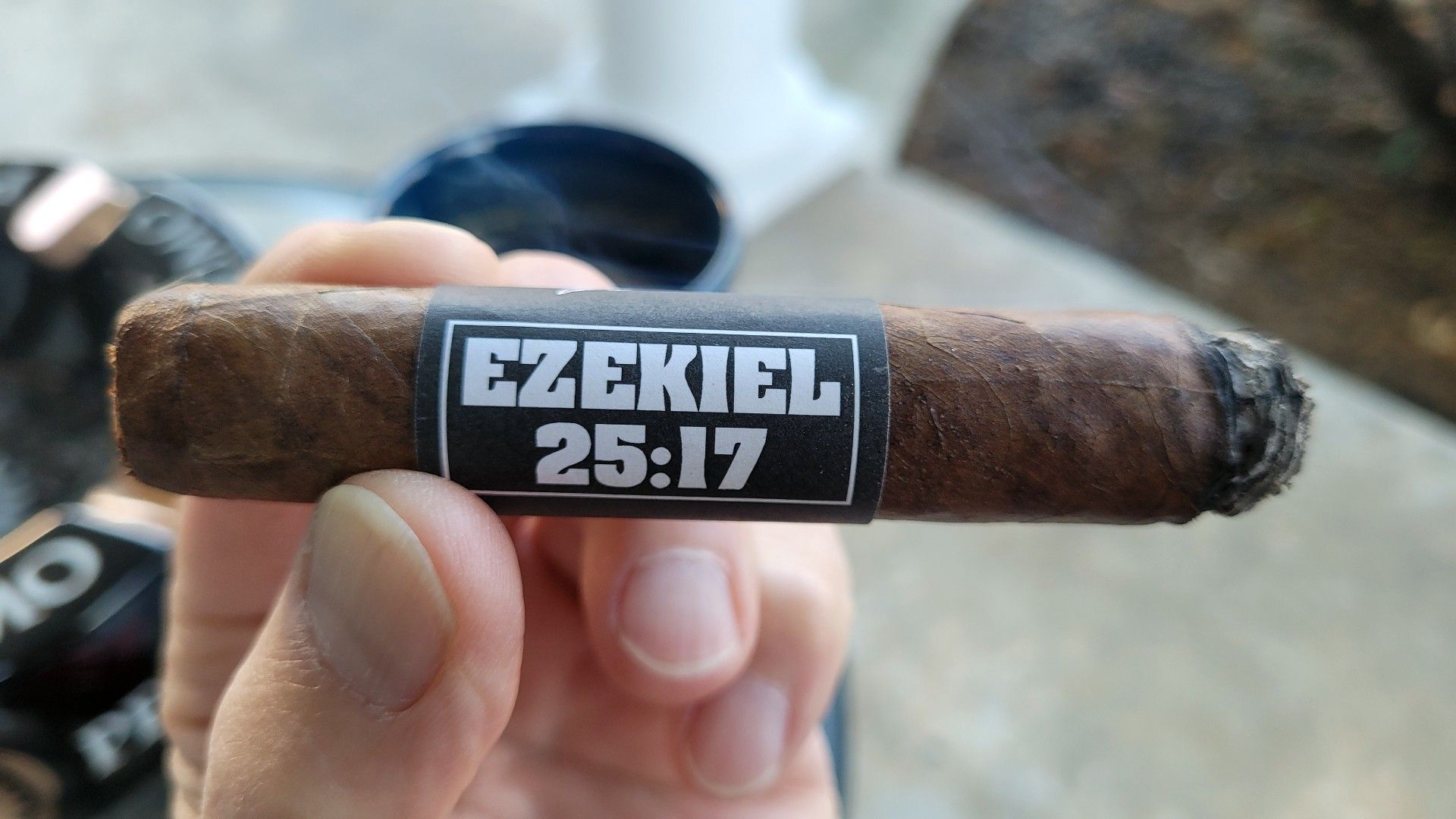 The initial puffs issued a healthy dose of chocolate and red pepper. That’ll get your attention. The cigar rounded out very quickly. The red pepper faded leaving a mix of chocolate and now black pepper. The smoke was very smooth and medium-bodied at this stage. Later on, the main flavors are chocolate nougat, various spices, almonds, and some sweet tobacco with a long black pepper finish. 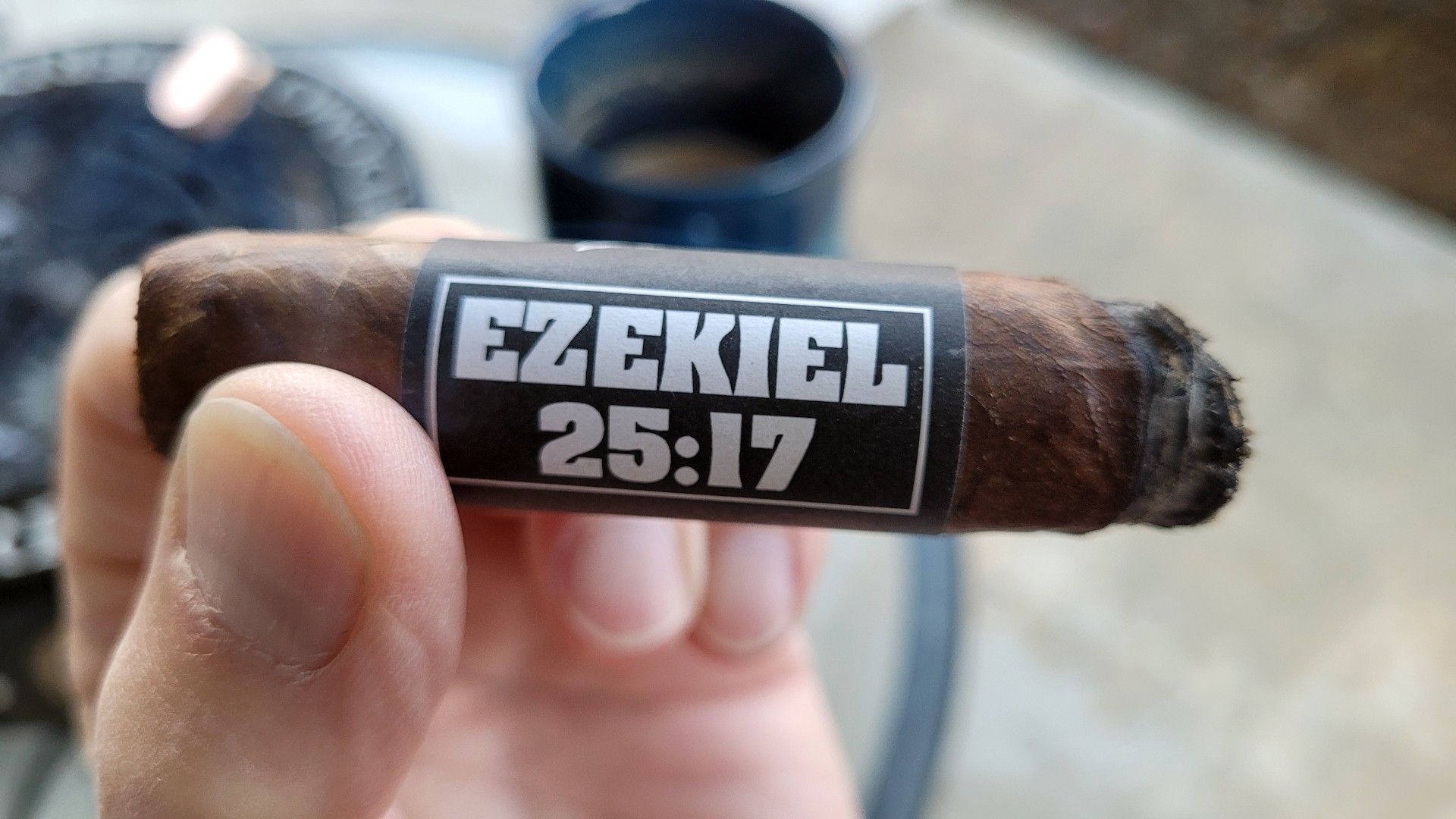 Medium-plus in body and strength at the midsection. Still smooth and chocolaty. Almonds and sweet tobacco were still in play. The peppery finish has also calmed down. I imagined that The Shepherd was going to be a real head banger. Yet even though it had plenty of strength to spare, it was far from heavy. Giving it about two-three minutes between puffs allowed the cigar to sail on an even keel. 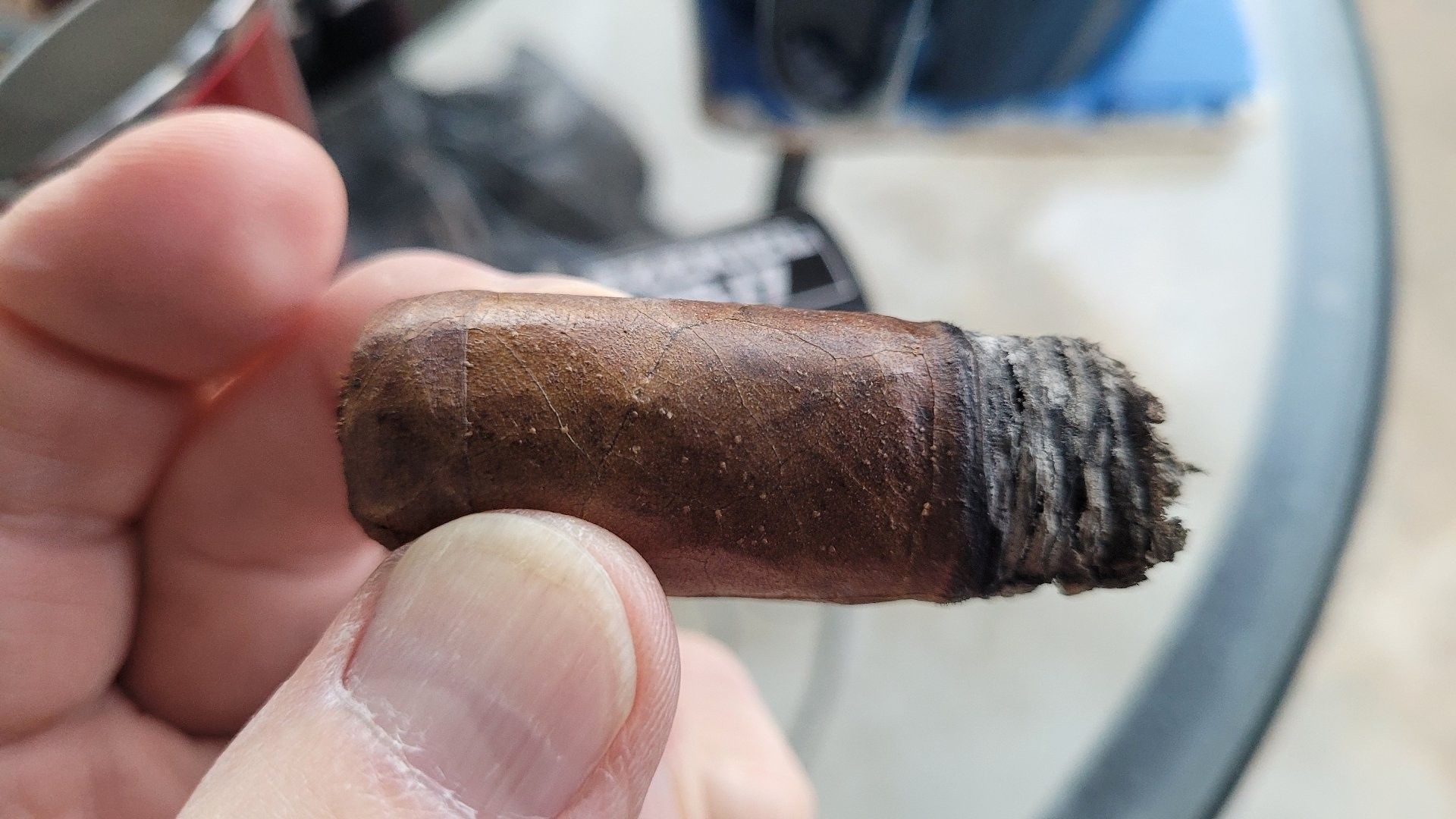 Here is where it hit the full-body zone, but the strength never went beyond medium-plus. The smoke was still very smooth, while the chocolate notes, almonds, and sweet tobacco were more muted. By the last two inches here, some sharp tobacco notes began to sprout up, but they weren’t bitter. My pre-video Shepherd sample smoked well down to an inch and was still really tasty. Although the video ended before I got there, it too, stayed the course almost to the knuckle.

What whiskey pairs well with The Shepherd? 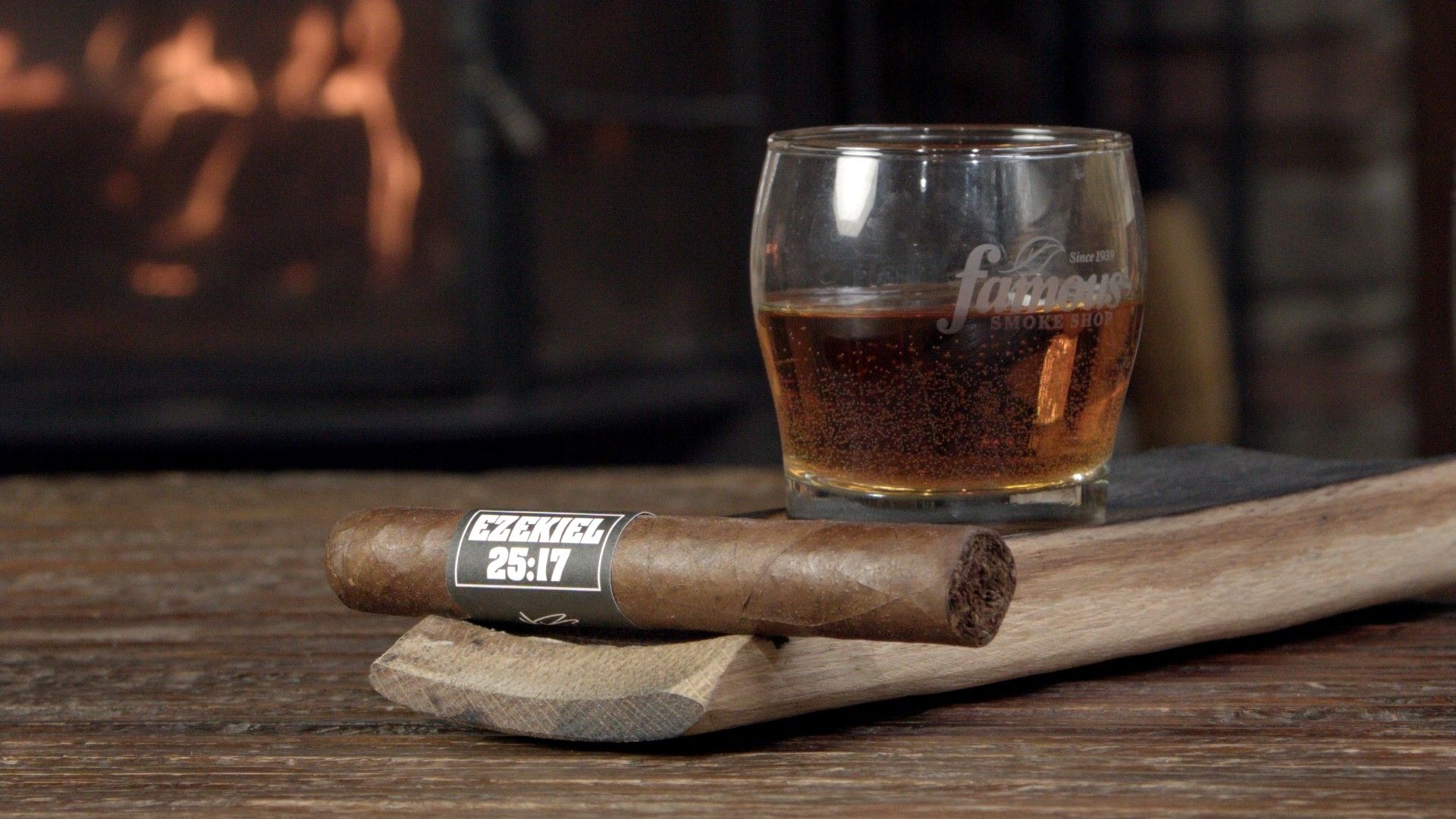 If you want a little more sweetness for your palate, a sweeter bourbon, spiced rum or cocktails made with either would be a safe bet. For a professional listing of pairing combinations, please see our Cigar & Spirit pairing guide.

Is The Shepherd worth smoking?

When I read the Ezekiel 25:17 verse (above), which refers to The Lord carrying out vengeance and punishment, I thought, “Oh boy, this is going to be a really powerful cigar.” I also assumed there could be some potent Nicaraguan leaf driving this cigar, but in the end I really didn’t care. That made The Shepherd one of the biggest surprises of the year for me. Oh, it’s got cojones, which is why I probably wouldn’t recommend it to a newb. But for the experienced cigar smoker who goes for cigars like those from Black Label, et. al, The Shepherd is the real deal.  All I know is, it hit on all cylinders for me. This was also the third collaboration cigar I’ve smoked recently between a particular label and Matt Booth, all of which were excellent. Finally, even though the price for The Shepherd lists at $14, based on my two experiences with it I’d put my money down again in a heartbeat.

Reading Time: 2 minutes What to smoke with the most in-demand bourbon in America? Pappy Van Winkle Tradition cigars, of course – it’s what we’re #nowsmoking; learn everything you need to know about this DE cigar, here in our quick review…