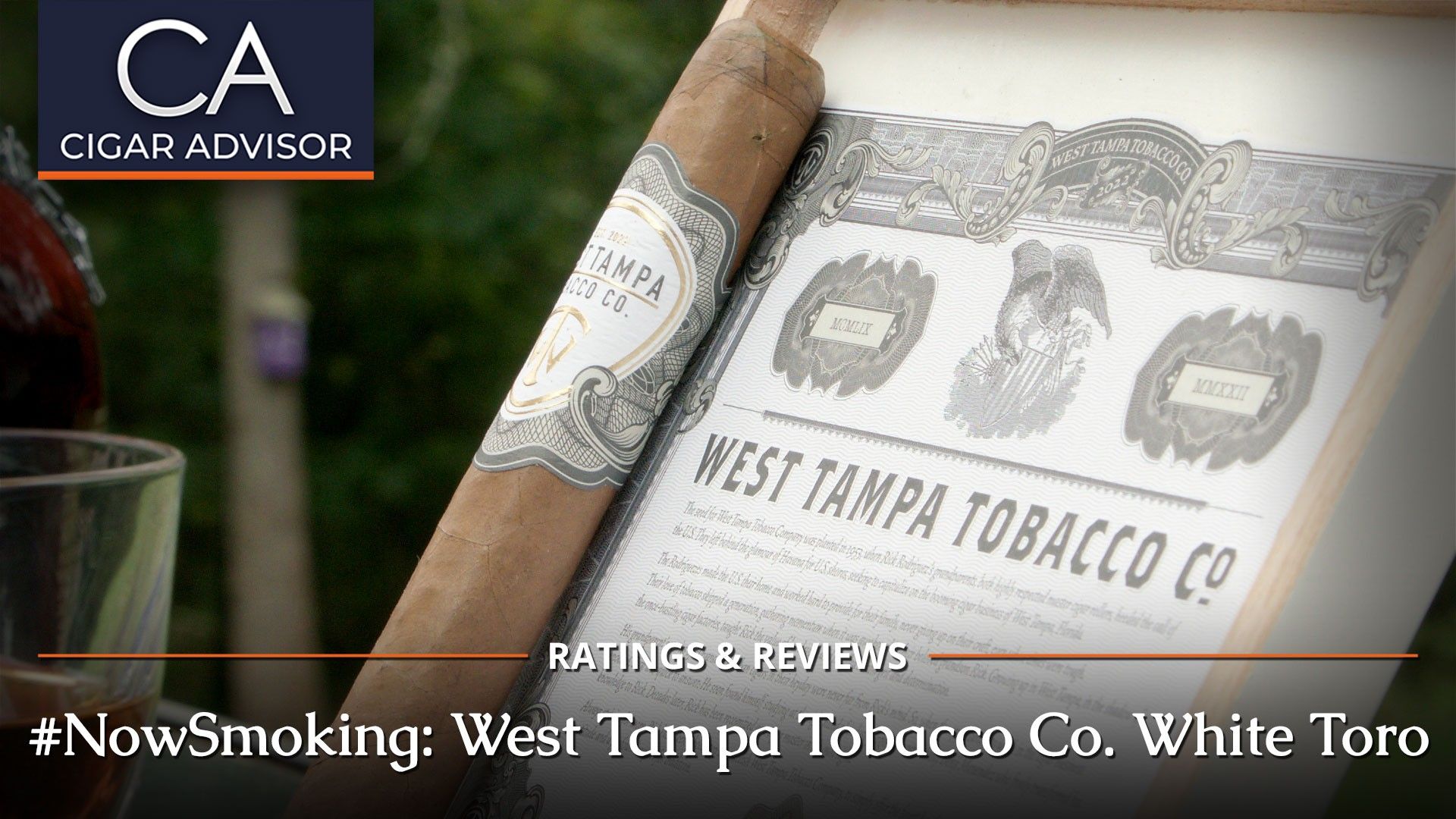 If you’ve been smoking premium cigars for any length of time, you may know Rick Rodriguez as the former Brand Ambassador and Master Blender for CAO Cigars. After 22 years with General Cigar and working with some of the most honored names in the business including the likes of Benji Menendez and Ernesto Perez-Carrillo, in March Rick announced that he was “retiring” from the STG Group. Several months later, Rick announced the debut of his own new boutique label, West Tampa Tobacco Company. Joining him was Gus Martinez, former General Cigar brand marketing director, who is now the president of West Tampa Tobacco Company. 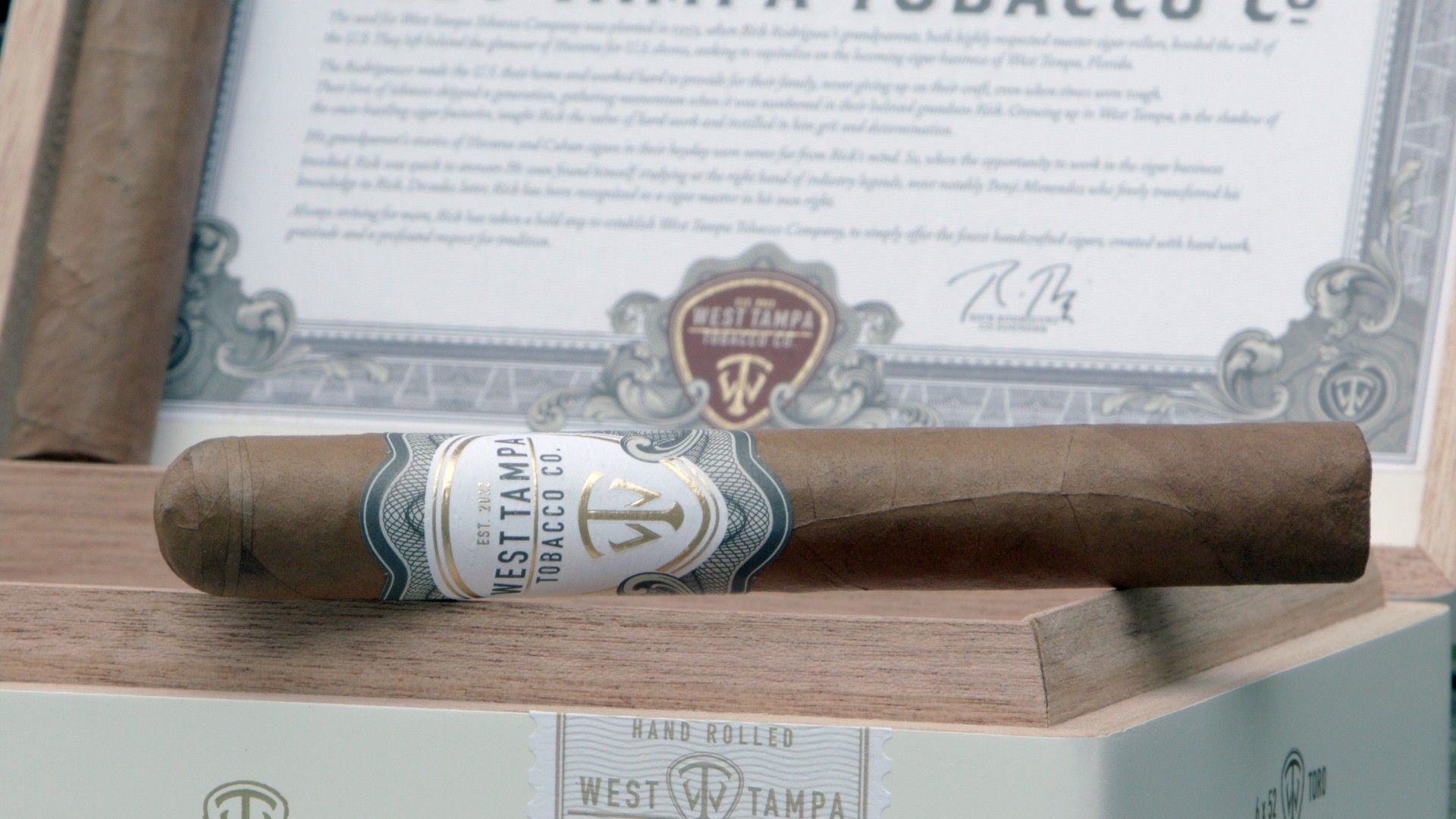 “I feel as though I am the luckiest guy on earth,” said Rick. “I have had the opportunity to work with and learn from some of the industry’s most respected cigar masters and as a result I have had opportunities that few have been given.”

Construction: Expertly rolled, even caramel color and the triple seam cap is expertly applied. Feeling along the cigar’s length, I found no soft spots.
Base flavors: Leather, nuts, brown sugar, nutmeg, light earth and pepper.
Aroma: Sweet.
Burn & Ash: Textbook. Ashes were firm up to about one inch each. 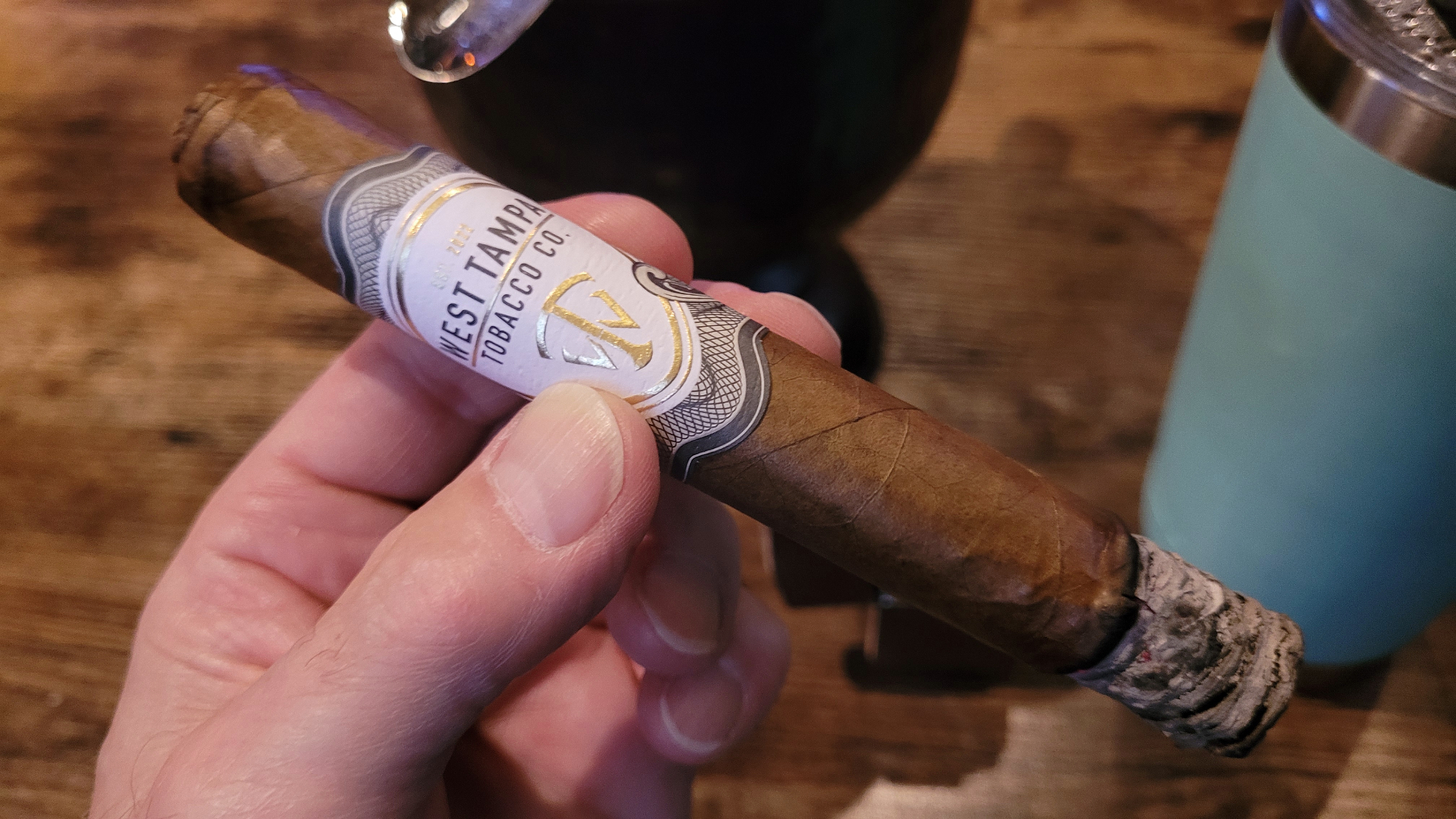 The first few puffs revealed a combination of nuts, caramel, a bit of earth and leather. The smoke started out very smooth and creamy with a medium body and a tart sweetness in the mix. The smoke eventually transitioned to a mostly nutty, leathery and brown sugar mix, all well-balanced, and a light, peppery finish. 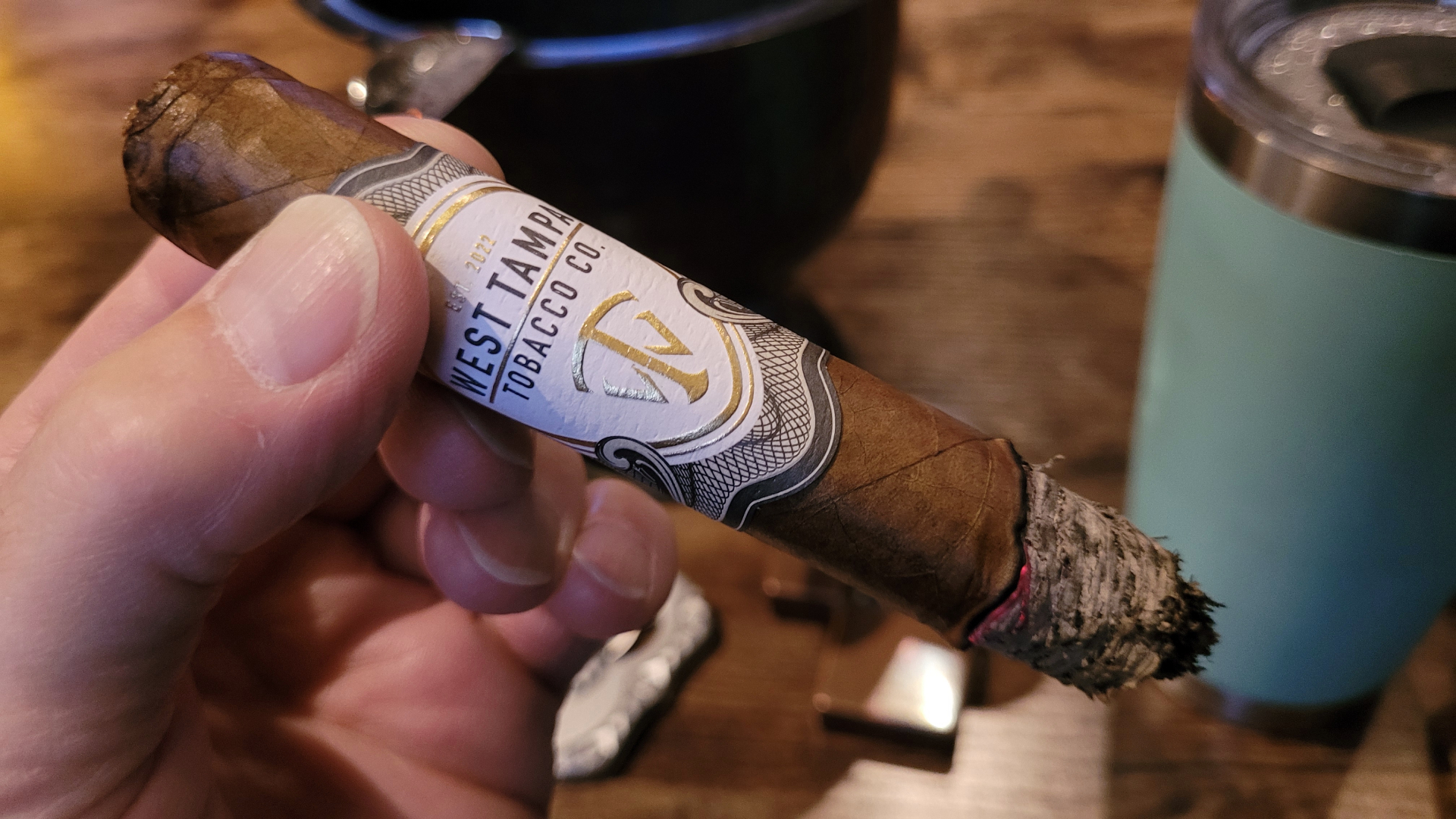 Mostly a continuation of the first third, the smoke retained its uber-creamy and medium bodied posture. The strength also settled into the medium zone. Well-balanced flavors of leather, nuts, and brown sugar remained while a hint of earthy spice popped up. Baking spice notes, nutmeg in particular, also entered the fray just before moving into the last section. So far, a very worthwhile smoke. 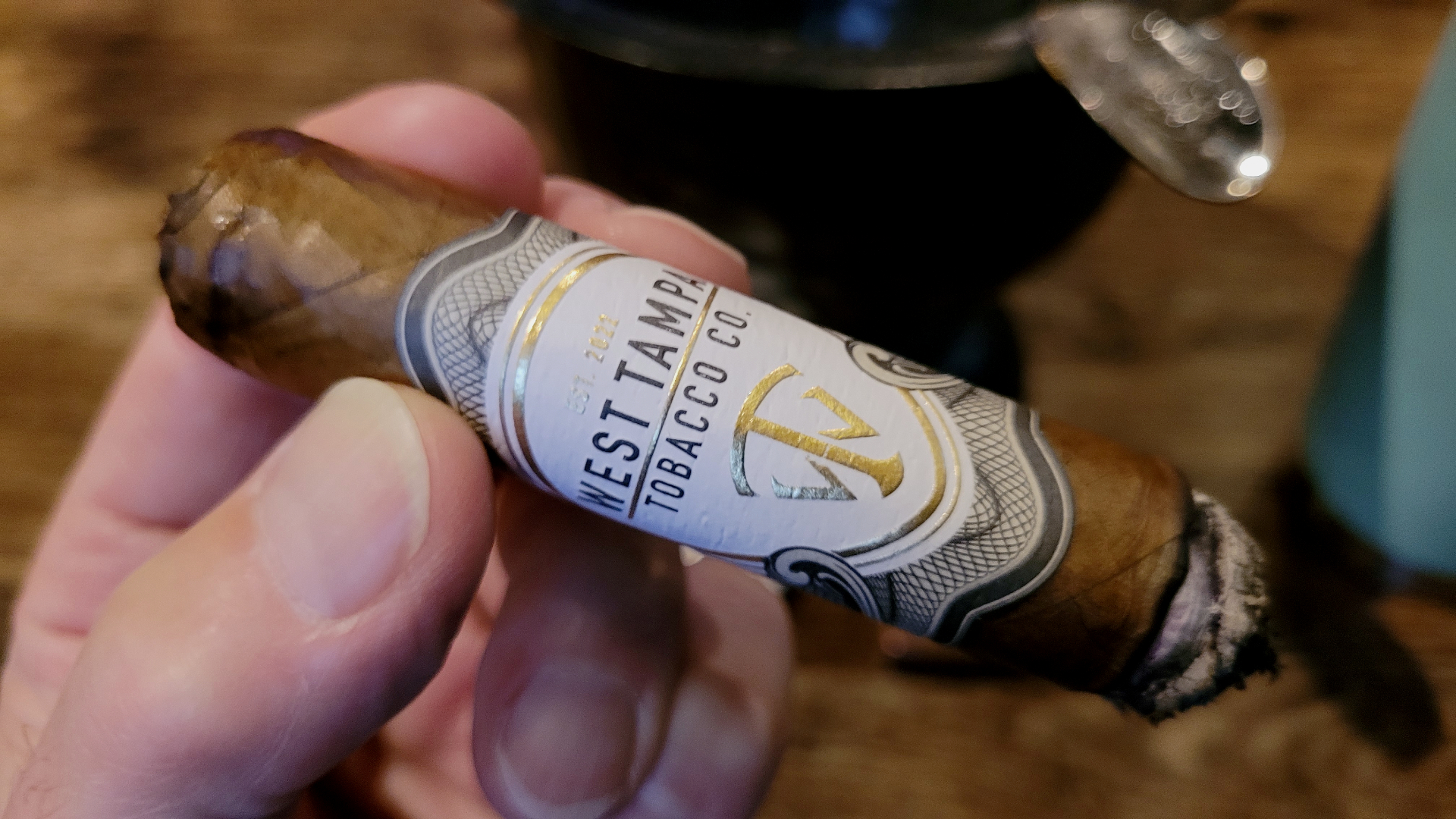 Even in the last couple of inches, the burn and the ashes continued to be even, firm, and long. The body inched into the medium-plus zone, but the strength never moved out of medium. Still very creamy, the earthy-spicy notes intensified slightly, while the sweetness was gone but for a sliver of brown sugar remaining on my palate. 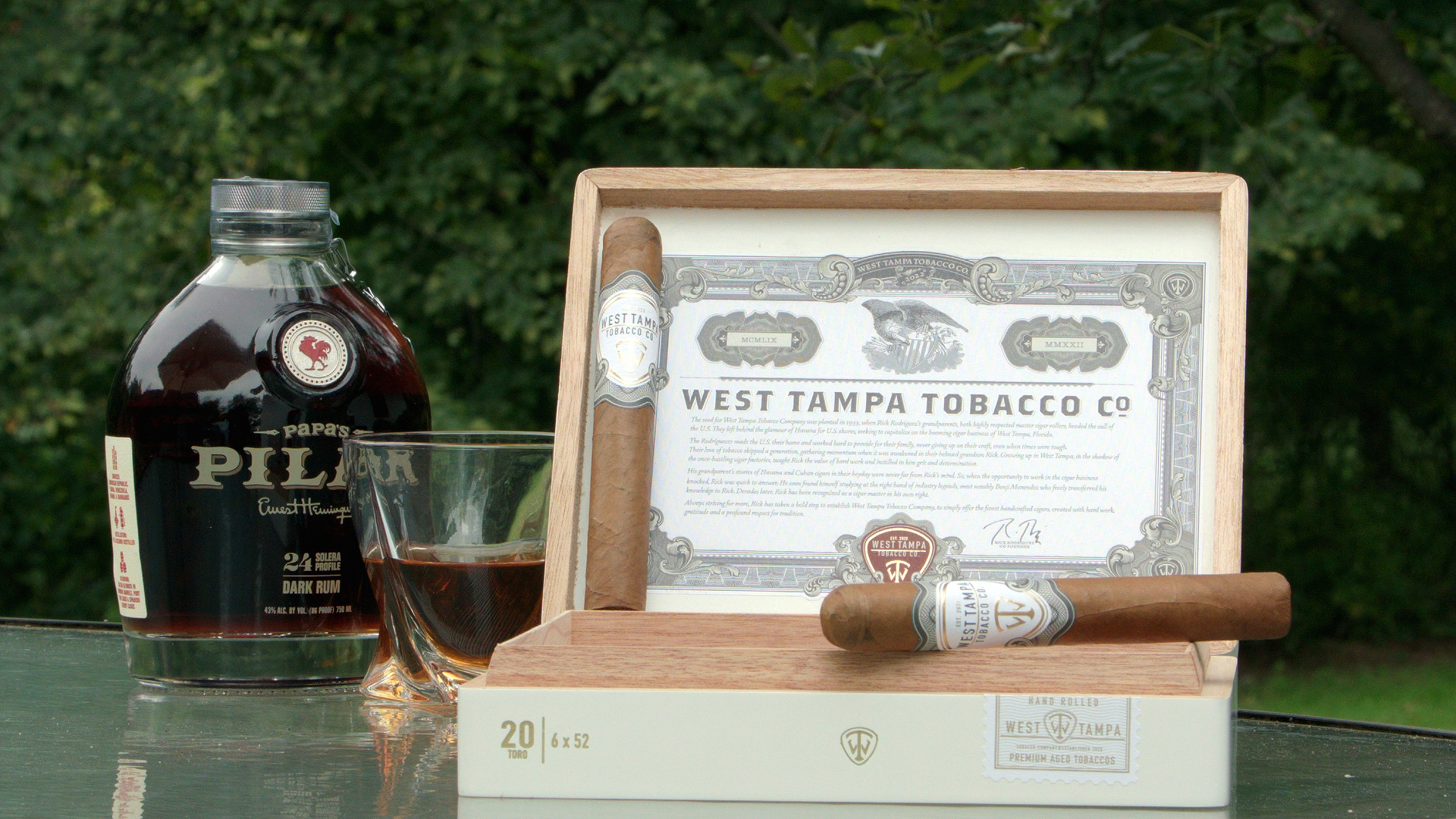 Dark rum over ice, or even a spiced rum. This Toro might even go well after work with a dark beer but not a beer that will overpower the cigar. Also an excellent candidate for cappuccino or a morning coffee. For a professional listing of pairing combinations, please see our Cigar & Spirit pairing guide.

It’s one thing to talk about learning the tobacco trade by working with the masters; it’s another thing to do it on your own without a net. That’s how this West Tampa White Toro hit me. Both my sample and the cigar in the video were consistent. (I’ve also had the West Tampa White Robusto, which I found a little spicier on the finish, but the core flavors and body were practically identical.) At times, the cigar conveyed a more Cuban-like flavor profile, but with less earth than a Cuban.

The bottom line: A real finger burner. This Toro performed beautifully for just over an hour and never moved far from its core character. All the stars aligned for me, and for that reason the cigar justified its retail price. For a debut release Rick and Gus and their team have served-up a fine debut. With the West Tampa White being so impressive I’m looking forward to the West Tampa Black.

When will he be visiting Famous Smoke to push his line?

Read More
Cigar Buying Guides
Don't get burned - if you're in the market for a good cigar lighter, this one is a must-read. Get an up-close look at the 5 best cigar lighters to serve-up the holy trinity of consumer confidence: Quality, Reliability, and Value.
Read More