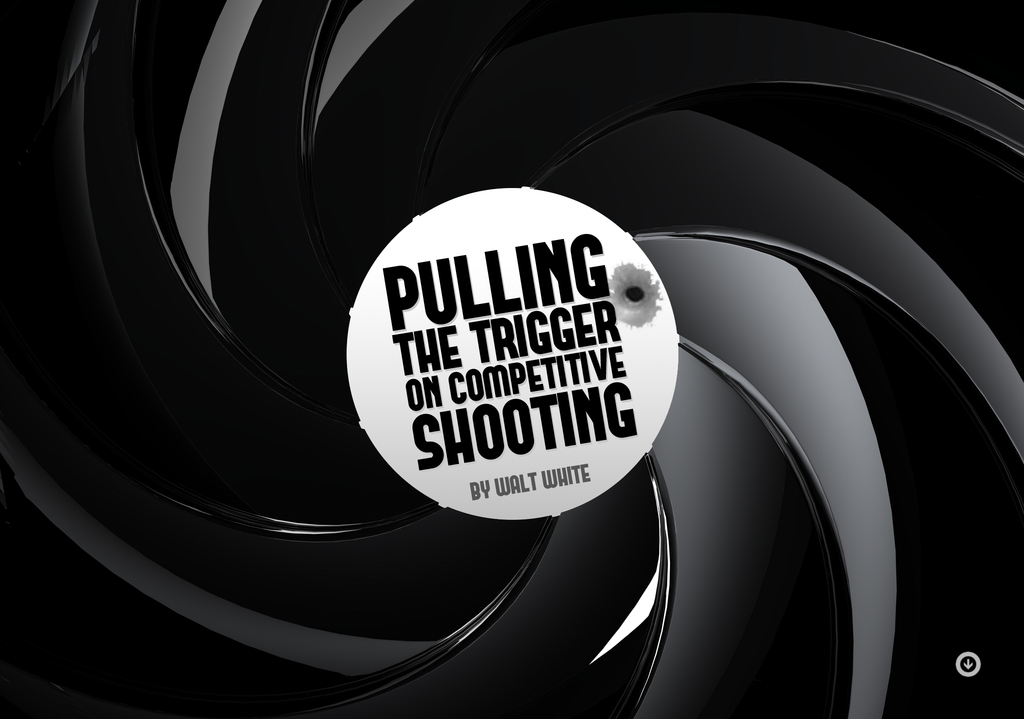 Pulling The Trigger on Competitive Shooting

As a firearm owner, you already know the thrill of shooting. Arriving at the range, you prepare for your session. You note the sulfuric odor of burnt powder lingering in the air. After some anticipation, you’re finally ready. The sun illuminates a bad guy target, stapled to a piece of cardboard seven yards before you.

You tighten your grip on the gun, carefully raise it to your line of sight, and squeeze the trigger. Adrenaline surges through you as a violent crack pierces the air, followed by an otherworldly silence. A perfect hole is cut through your target.

Playing that scene back in your mind is almost as exhilarating as shooting itself. It never gets boring…or does it?

The Pitfalls of a Typical Range Session

If you are anything like me, those early range sessions with your pistol are fun and exciting. As you become more experienced, however, perhaps you find yourself looking for new challenges.

The first thing most people do is to begin shooting faster. Maybe you’ve done it too: “How fast can I unload all of my rounds into the torso of that bad guy?” This new approach can be fun, however, you’ll soon find that you’re shooting through your ammunition in a third of the time.

Rather than blasting through $50 worth of ammunition in mere minutes, maybe you decide to increase the distance to the target. Surely that will introduce more of a challenge and make you feel as though you are getting your money’s worth out of your range session.

Then you realize that shooting a torso-sized target at 25 yards with a pistol isn’t as easy as it looks in the movies. This is where frustration sets in. Eventually you begin shooting less and less; before you know it, you’ve gone from shooting every other weekend to shooting once every few months, or not at all.

If you find that firing at targets from a static position is becoming monotonous, then perhaps it’s time to try something new.

The beauty of shooting is that it goes well beyond that typical range trip. Several organizations exist that put on shooting matches all across the country, and each of these organization’s matches offers a slightly different challenge. If you’re looking to have fun while enhancing your gun-handling skills, one of these may be a perfect fit for you.

Have you ever wondered what it would be like to reenact some of those first person shooter games? You know the type–they’re frequently advertised on TV for gaming consoles like Xbox and Playstation. You play a character running around with a gun in his hand, shooting bad guys while frantically navigating a house or other scenario.

If that sounds like fun, USPSA may be for you. This sport is a challenge of speed and accuracy. Shooters create a stage plan and navigate a course of fire, which requires up to 32 rounds of ammunition. In addition to static targets hidden behind props, some targets move and create quite a challenge.

Perhaps USPSA seems a little too game-like for you, and you would prefer to mimic a more realistic scenario. If that is the case, IDPA may be the sport for you.

IDPA presents shooters with scenarios that are meant to be similar to something you may encounter throughout your day-to-day life. For instance, you may be positioned in front of a mock ATM machine when suddenly three bad guys approach with weapons. Your objective is to neutralize those bad guys (represented by targets) in the most tactically sound manner.

While both USPSA and IDPA have revolver divisions, they tend to favor semi-auto shooters. If you love the wheel gun and would like to use it in a sport designed just for it, ICORE may be for you.

In ICORE you will find 6-round friendly target arrays with plenty of movement on foot to test your skills. Shooters must use revolvers with a .32 magnum caliber or greater, as well as a holster belt.

You are almost sold on the world of practical shooting, but all of that running about with a loaded gun doesn’t leave you feeling comfortable about taking the plunge. A great alternative is Steel Challenge. Here shooters engage a series of 5 steel plates from a mostly static position (one stage requires moving from one position to another).

The name of the game here is raw speed, with the fastest shooter winning the match. A variety of guns can be used in this sport, including those that chamber inexpensive rimfire cartridges.

Have you ever wondered what it would be like to draw down in the Old West? Why not pull on a pair of cowboy boots, throw on some period dress, and find out?

Single Action Shooting Society (commonly referred to as Cowboy Action Shooting) is wildly popular and will take you back in time. Wearing Old West costumes, competitors fire a range of weapons typical of that era, including single action revolvers, rifles and shotguns. The stages are typically iconic scenes from the Old West, such as a bank robbery or jail cell, and contain appropriate props, such as chuck wagons, swinging saloon doors, and the like.

Getting into a competitive shooting sport can be very intimidating, especially if you don’t have a friend who is willing to join you. The best piece of advice I can give is to stop thinking about how bad you’ll look as a new competitive shooter. Everyone starts somewhere, and new faces are always a welcome sight at matches.

Spend a little time learning the rules of the sport of your choosing [Important: Many ranges are classified as Cold Ranges, meaning weapons MUST BE UNLOADED AND HOLSTERED, except at the firing line.] Once you have a general feel for the game, contact the match director at your local club and let them know that you plan to shoot. Often, they will put you through a new shooter briefing and educate you on how the game is played, as well as the all-important range commands.

You’ve taken the plunge and now it is time to shoot. You hear the Range Officer call you up to the line. Your heart rate is elevated and your palms are sweaty. You take a deep breath and try to relax.

“Shooter ready, stand by!” After a short pause you hear the loud start signal of the shot timer. There is no eloquent way of saying this, but the words “Oh Shit!” boom through your mind as a stout shot of adrenaline hits you.

Don’t worry; it happens to everyone at their first match. Knowing that you are being timed plays tricks on the mind. You have the sudden urge to race through the course of fire. It is natural, and all shooters have experienced this timer shock phenomenon. Just try to relax and have fun.

After you’ve safely navigated the course of fire, you will be given instructions by the Range Officer. It is very important that you follow those commands to the letter. Don’t rush; remember, at this point you are no longer on the clock, and you can take as much time as you like.

Once you clear your weapon and safely holster it, the range will be called safe. You are going to feel jittery, but that will pass. At this point you can follow around from target to target as they are scored, to see how you did.

No matter how you score, always remember that you are out there to have fun and become more proficient with your weapon. The beautiful thing about these sports is that your fellow shooters are often great people who are willing to help you improve your skills. All you have to do is ask.

Walt White lives outside of Reading, Pennsylvania. By day he is a draftsman and a typical work week consists of drafting and designing architectural millwork. By night he is an avid cigar enthusiast and Co-Founder of StogieReview.

In his spare time, Walt enjoys shooting pistol in both the USPSA and IDPA sports. Match video and discussion can be found on his Walt In PA blog. Walt is also the host of the Shooting The Breeze Gun Podcast.