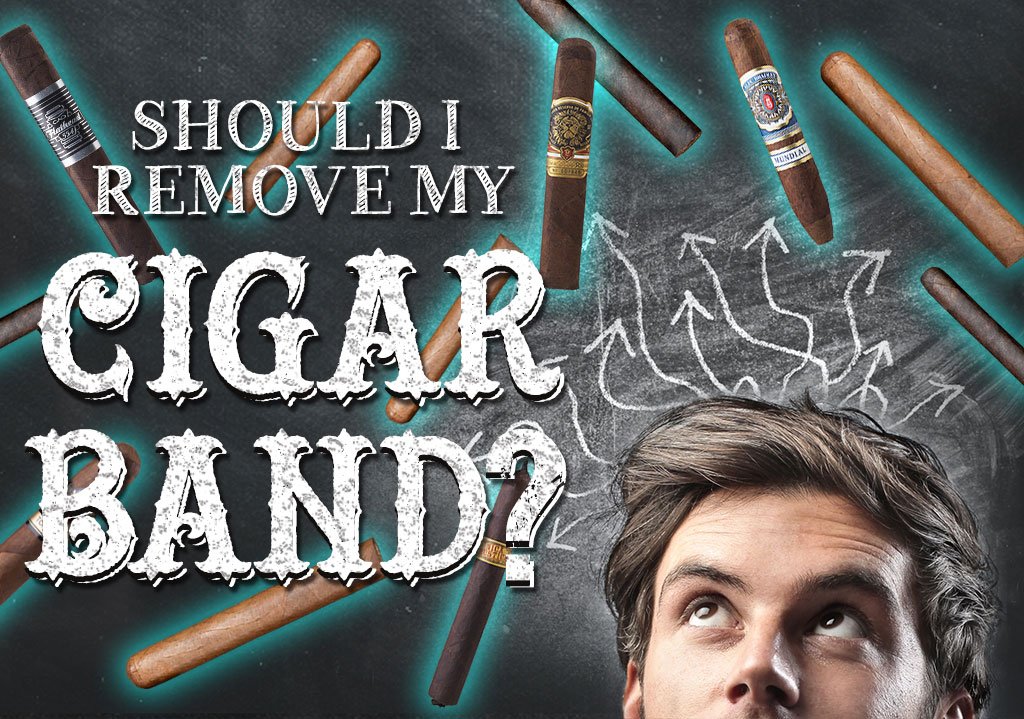 We get this question pretty often, actually. And if you’re wondering too, here’s your answer in a word: no.

I keep a book at home of all my cigar conquests. All of them: even the lowly yard gars whose bands look like they were drawn by a hyperactive 3rd grader. Is it a hoarding thing? Maybe. I tried keeping notes next to each of them; but given my narrow attention span, that lasted all of 5 minutes – so instead, my “little black book” has become a trophy case of sorts, showcasing the “honorable mentions” and “thanks for participating” smokes side-by-side with the Best in Show blue ribbon-winners.

Every one of ‘em, I smoked myself. But critical to building my band book is patience: reminiscing over the fine works of cigar band art by Fuente and Flor de Las Antillas doesn’t happen if you shred the paper in a hasty maneuver to get it off the smoke! So as I recently flipped through the classics – past the Partagas, Punch and Hoyo de Monterrey, and through just about the entire Perdomo lineup – I got to thinking about roller’s glue, and why I recommend you wait to remove the band from your cigar…because it matters. Not so much because you’re thinking of saving the band, but because of what ripping it from the cigar’s wrapper can do to your smoke.

There are a couple schools of thought here:

There’s a little bit of science at work here, friends – but if you don’t believe me about letting the cigar do the work for you, take Nick Perdomo’s advice instead:

How do I get rid of all the boxes from the Cigar have stacks of them, Is they worth anything.

Yeah sure, taking advice of leaving the cigar band from a guy who has more jewelry than my wife and gel in his hair. How about take the cigar band off because it is classless to leave it on and I have never had one cigar “explode”…ever.

I’ve slipped it up and over cracks to keep it firm and sealed.

I think leaving the band on is gauche and makes you look like a hillbilly. Classy people take the freaking band off their cigar before they light it.

Amazing to know these features.

Thanks Gabriel. I used to take it off, but I like the way the cigar looks with the band. After all, they went through a lot of trouble and expense to design and print it.
G-~

Reading Time: 6 minutes What makes an Edition…Limited? For many LEs, it’s the limited availability of the tobacco. Others may feature a special shape. Whatever the reason, here are 10 limited edition primos you’ll want to add to your collection before they disappear.