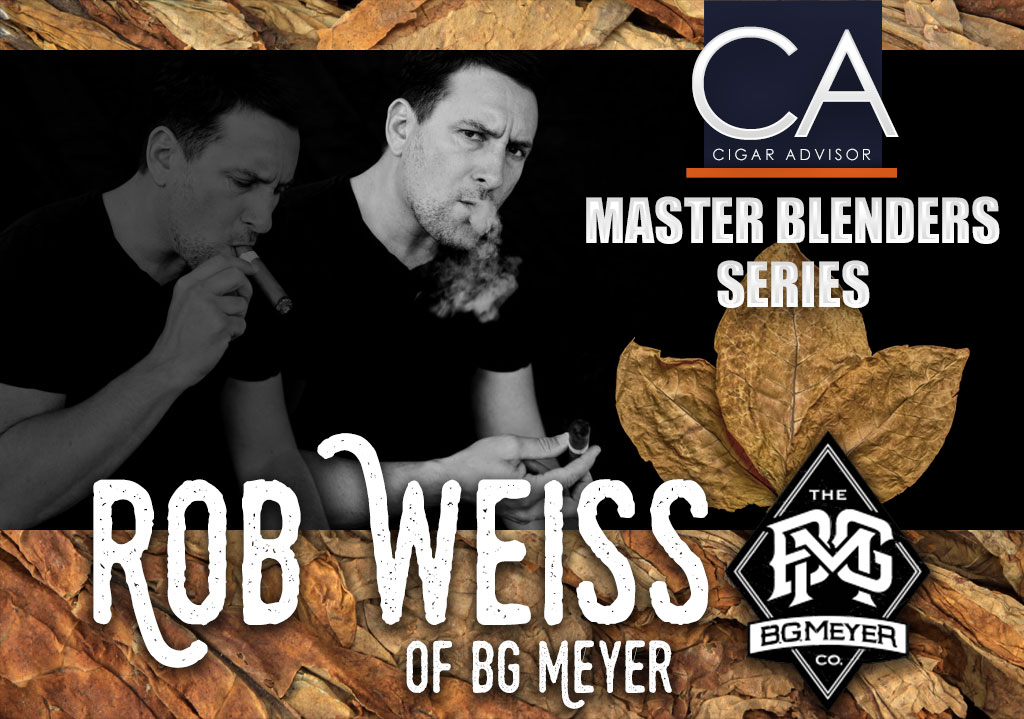 If you want to know how to make it in America, ask Rob Weiss. Not only has the multi-faceted Mr. Weiss already made it in America, he’s also made it in Central America, more specifically, Honduras. As the man behind the HBO series Entourage, How To Make It In America, and Ballers, as well as the writer, director, and executive producer of the feature film, Among Friends (1993), Weiss is also the man behind BG Meyer Cigars.

Born in Brooklyn, New York, Rob Weiss grew up in Baldwin, Long Island and The Five Towns. While studying fashion and filmmaking at New York City’s prestigious Parsons School of Design, he worked his way through school as a club promoter on Long Island and New York City.

Most recently, Camacho Cigars released “Gigantes,” the third line extension in Weiss’s BG Meyer series. Gigantes is an all wide-ring selection made with high-grade Nicaraguan & Dominican long-filler tobaccos and a Brazilian Mata Fina binder (all aged a minimum of six years), rolled in a 2007-vintage Nicaraguan Habano wrapper. Like all BG Meyer cigars, Gigantes are handcrafted at AgroIndustrias Laepe, S.A. in Danlí, Honduras.

I recently had the pleasure of speaking to Mr. Weiss by phone from his home in California. Unlike some who’ve “gone Hollywood,” Rob was exceptionally personable, unpretentious, and forthcoming. I lit a BG Meyer Standard Issue Robusto, and as we chatted I began to feel like we were like two old friends sitting in the cigar lounge just talkin’ cigars and solving the problems of the world.

The first cigar Rob smoked was a Cuban Diplimaticos, given to him by his uncle – the only family member he knew who actually smoked cigars. Not only was he smitten by the flavor and aroma of a cigar, but it was cigars that actually got him off of cigarettes. Fast-forward to the present, and now he’s got his own line of boutique cigars that have received numerous accolades from cigar bloggers and the media, including a 90-point rating for his BG Meyer Standard Issue in Cigar Aficionado magazine, and a “91” rating score from Cigar Snob magazine.

I asked Rob how he came up with name BG Meyer, and he told me it had come from a production company he owned, Big Meyer Productions. Sticking with the name, either for consistency or just good luck, he went with BG Meyer for his cigar brand. “I thought of Spanish names, all kinds of cigar-like names, and finally decided to condense ‘big’ into the initials BG,” said Rob. “I don’t think the name ‘Weiss Cigars’ would have had been very appealing to cigar smokers.”

Better known for his work in film and television, I asked him if consumers might think that BG Meyer was just another “celebrity” cigar, many of which get a lot of publicity and interest at first, but more often, they eventually tank. “I don’t see myself as a celebrity at all,” said Rob. “Sure, I’m in the business, but I’m not an actor or anything. I’m committed to my brand, and very fortunate to be working with some of the most incredibly knowledgeable people in the cigar business.” When asked how involved he is in the blending process Rob said, “I leave that up to the experts. I’ve never worked with tobacco in the fields or anything like that, because that’s not what I do. The people I’m working with have done this their whole life. I could never come close to that kind of knowledge, so I let them do what they do best. I have complete faith in them, and they always come up with something great.”

From there we moved on and talked about Rob’s latest release, BG Meyer Gigante cigars. The concept for the cigar was inspired by the legendary Gigante format. Traditionally rolled to a 6″ x 54 parejo shape, BG Meyer Gigantes are made in the following sizes: 4″ x 54, 5″ x 54, 6″ x 56, and 7″ x 60 at AgroIndustrias Laepe, S.A. in Danli, Honduras. “I went with the large format because I like a lot of flavor,” says Rob. “With the Gigante you’re getting a lot more tobacco, which means a lot more flavor, and they follow the current trend.” When asked about where the Gigante fit in the BG Meyer portfolio, Rob called it the “happy medium” between the Standard Issue and the BG Meyer Slackers, the latter being a 4″x 48 presented in a tin of 5 with a buttery Connecticut wrapper. “Just about everyone who’s had the Slackers has loved them,” Rob added.

Rob also said that he’s willing to do the retail cigar store circuit to promote his cigars.

“I really love the people in this business, and I plan on making some time to get out there and meet the retailers and the customers,” said Rob. “The people at Camacho, like Dylan Austin, have been great, and know how to work it, so I’m really looking forward to it.”

Rob and I got into comparing Nicaraguan cigars and Cuban cigars. “I love the taste of Nicaraguan tobacco. It’s now my favorite,” said Rob. “There’s so much great tobacco in Nicaragua, and the flavor is so kick-ass, I really think I like the Nicaraguan cigars even more than Cubans.” When I asked Rob why, he said, “I’ve had plenty of Cubans, but in recent years they seem to be lacking in quality,” said Rob. A friend of mine had his bachelor party in Cuba, and of course, we smoked Cubans, but some of them just didn’t have the flavor and construction they used to have. There are still some excellent Cuban cigars, but with so many great Nicaraguan cigars out there these days, my preference has changed.”

“What about the cigar business has surprised you the most?” I asked.

“I don’t know if I’d call it surprising, but I really love how friendly and knowledgeable the people are in this business. And it’s a small business, too. They all know each other, and I love being around them and learning from them, and so glad to be a part of it.”

With a two-part movie he’s shooting for HBO, and production on a feature film about the Hells Angels, I asked Rob what he does when he can find time to relax. “Oh, I make the time. The film projects are done sort of in batches. It’s a lot of intense work within a certain timeframe, then it’s over and you go on to the next thing. I love to ride motorcycles, or just sitting on the deck of my house smoking a great cigar and enjoying the view – now, that’s making it.”

Had my first Gigantes cigar last night. I have s cigar business where I tailor the cigars to yhe people attending events. We had an outdoor fall dinner called Cigars and Stars at s local farm to table restaurant in northeast Pennsylvania.
There were three brands present as give aways.
Curiosity led me to purchase the Gigantes puros.
This was the after dinner cigar. These married with Wellers bourbon was very enjoyable.
The quote of the night was:”they look menacing but taste great”.
I have a new brand in my humidor.