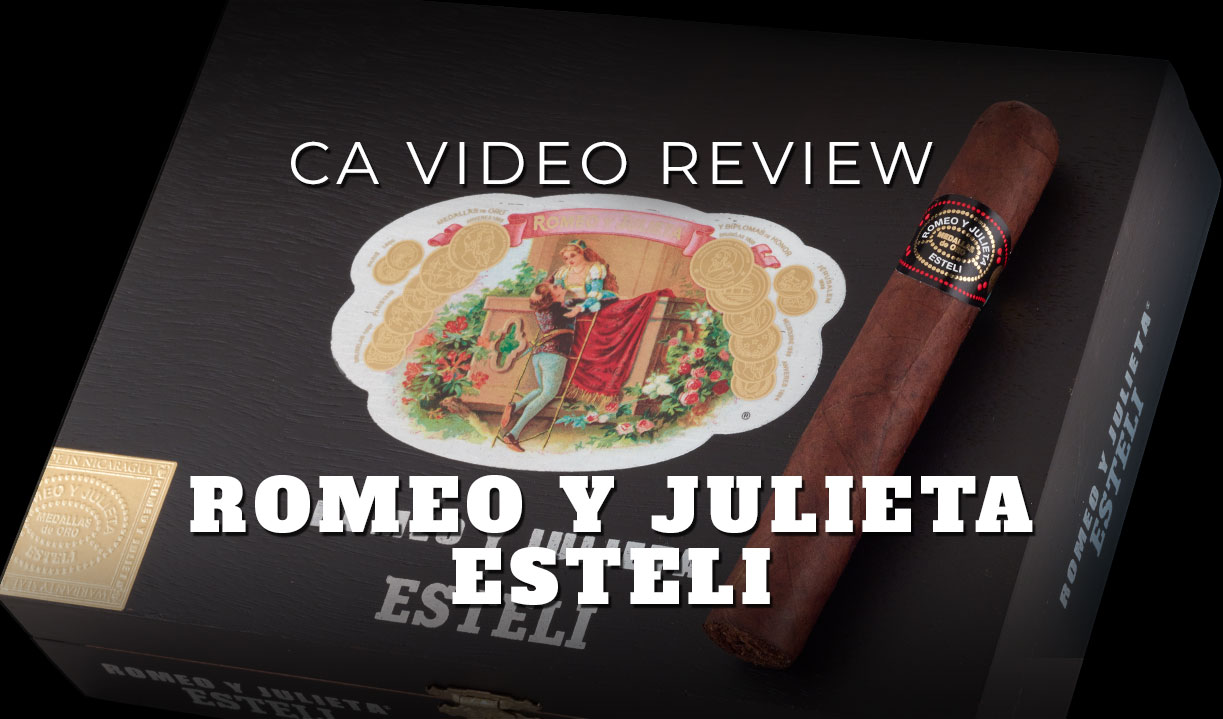 The Estelí Project is an exclusive venture that Famous Smoke Shop undertook several years ago. The Project, which features premium cigar blends built on Estelí-grown core tobaccos began with the Trinidad Estelí, followed by the Onyx Estelí. The Romeo y Julieta Estelí selection is the latest addition to the Project, and boasts an all Nicaraguan tobacco blend that promises “uncompromising quality and plenty of big, bold flavor.” 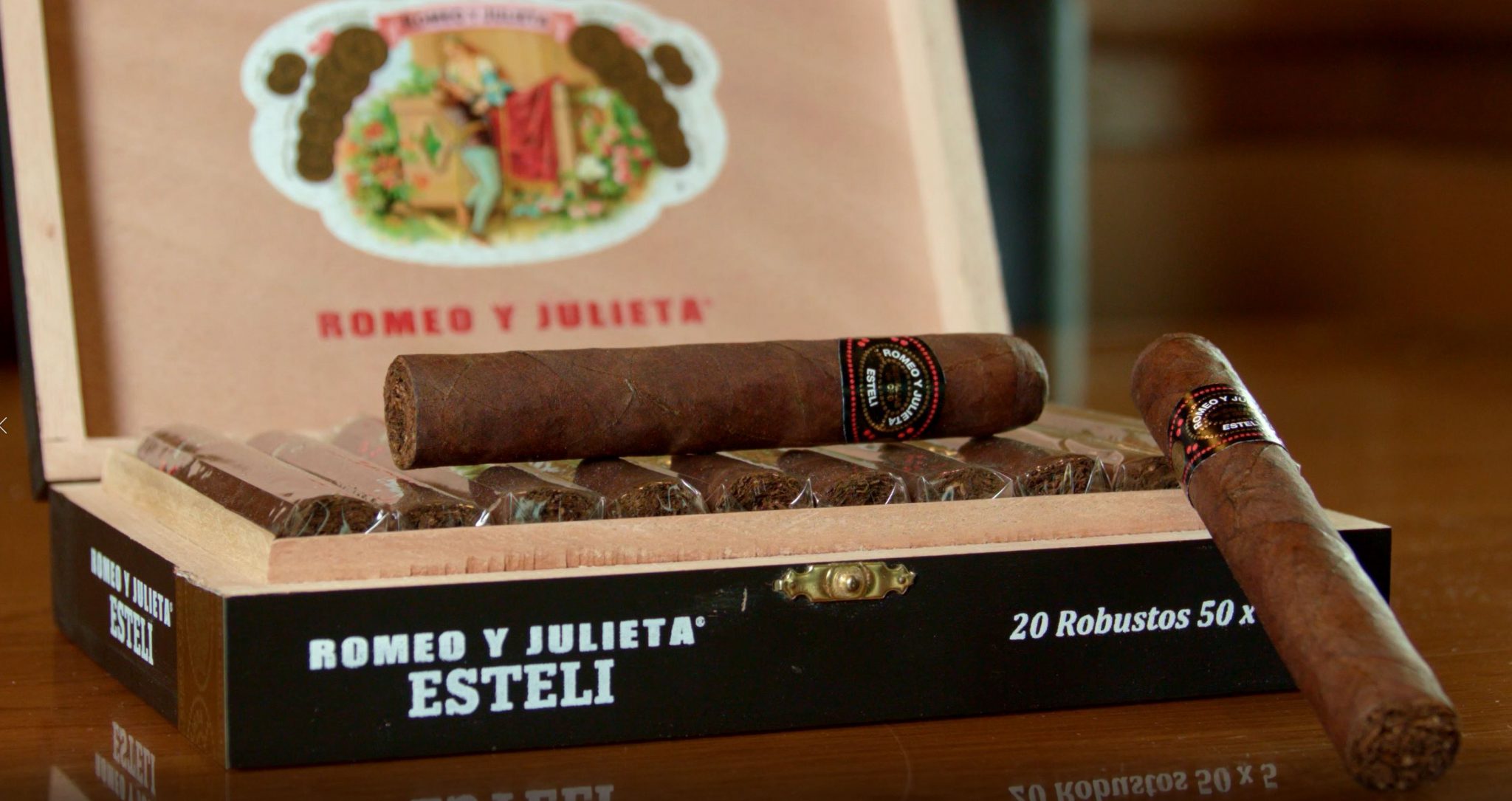 Nicaraguan tobacco leaves grown in Estelí have a reputation for being bolder in flavor. Higher priming leaves, such as ligeros, offer the most intensity, and even though it had no ligero, the Romeo y Julieta Estelí appears to be no slouch in that department. Their full-bodied recipe includes a dark Nicaraguan Habano wrapper with an attractive reddish patina that caps a well-balanced core of high-priming Nicaraguan long fillers from  Estelí and several other Nicaraguan tobacco growing regions.

Like all of the selections in the Estelí Project, the Romeo y Julieta Estelí cigars are sold exclusively through Famous Smoke Shop.

Construction: Excellent. Cigar was well-packed throughout. The wrapper had an appealing reddish sheen to it that was even in color. The three seam cap was expertly applied and clipped off in a perfect circle with my Xikar XO cutter.
Draw: Very good. Once lit, smoke flowed easily from both ends of the cigar.
Pre-light flavor: Earthy with some sweet tobacco.
Toasting & Light: Excellent. The foot lit easily and evenly as the initial puffs revealed a hearty helping of damp earth and black pepper.
Base flavors: Earth, pepper, cedar, plus faint notes of salt and sweet spice.
Retrohale: WOOO BABY! A big shot of red chili pepper.
Aroma: Sweet.
Burn & Ash Quality: Very good. The cigar burned evenly exposing a very firm grey ash with some black stippling.
Balance of flavors: Excellent. The base flavors hung together well, and were mostly consistent throughout.

Summary: Out of the gate, the flavors were earthy and peppery followed by a mix of salt, cedar, and some sweet caramel on a long and peppery finish. The cigar had a good volume of chewy, full-bodied smoke, and if you can get through the first inch you’re rewarded with some woodier and sweeter elements as the pepper moves into the wings. 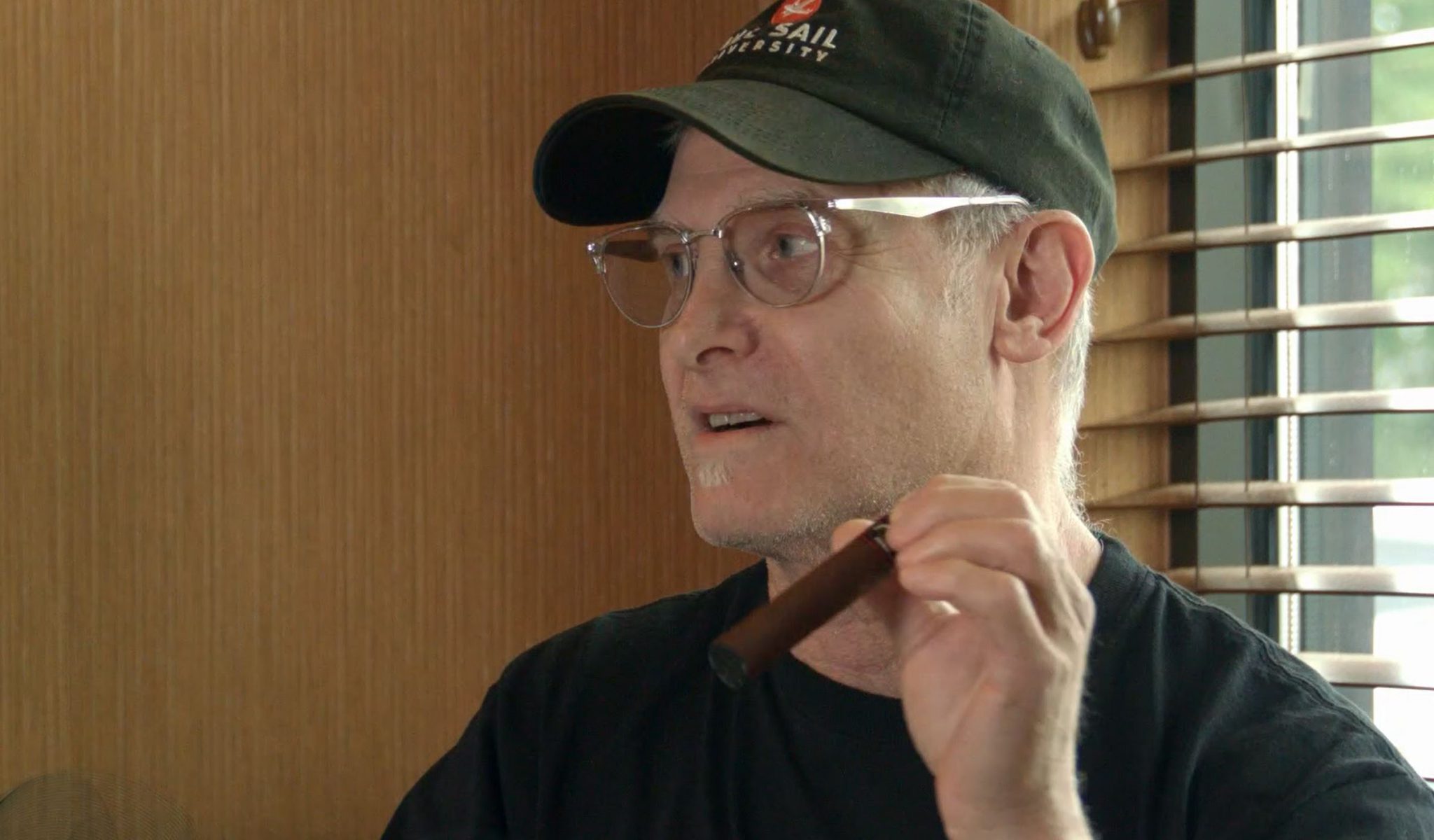 The flavors were fully open by the second inch as some earth and pepper returned. There were also some bright notes of cedar and sweet tobacco that simmered just below the surface. All of the flavors were well-balanced as the long peppery finish continued to linger on the palate. The final act revealed some slight bitterness; then again, this is a very juicy cigar.

The Romeo Estelí Robusto is certainly not for the squeamish. Full-bodied hounds are the target for this cigar. Yessiree, this cigar is tailor-made for cigar smokers who want a headful of deep, dark, Nicaraguan tobacco flavor. Moreover, I would wager this cigar will improve further with some additional aging time in the humidor. Though I doubt it will be any less intense, doing so may lighten it up a fraction or two. I would also recommend pairing it with a sweeter Bourbon, Single Malt, or Rum to simmer it down a notch.

Construction: This thick Habano leaf looks nearly Maduro but has a red tinge when the light hits it. Barrel of the cigar has a bit of give.
Draw: Clear.
Pre-light flavor: Sweet on the lips, with leather and raisin.
Toasting & Light: Spice, and it’s off the charts.
Base flavors: Earth, pepper, leather, raisin.
Retrohale: A combo of wasabi-like pepper and graham cracker.
Aroma: Charred oak.
Burn & Ash Quality: Grey ash stacks like dimes; modest wave to the burn, but didn’t have to chase it with a touch up.
Balance of flavors: Hearty flavors, hearty smoke.

Summary: Among the great cigar misconceptions is the one about Nicaragua: “Their cigars are strong.” While the Nicaraguan flavor profile actually runs pretty far and wide, the Romeo y Julieta Esteli doesn’t do anything to dispel that myth. Tobacco grown up north in the mountains, where Esteli lies, gets the benefit of full sun – so the leaves grow thick, strong and spicy…especially their ligeros.

The wrapper is thick, laced with veins and shimmering with oils. There’s a faint bit of tooth, if you look close enough. Flavors offered in the prelight are very tasty, and eventually show up in the mix – but chances are, you’ll be too distracted by bold, thick and spicy smoke that pours out of this RyJ Esteli from the start, layered over a taste of coffee and caramel sweetness. A very heady, sit-you-down kind of smoke. 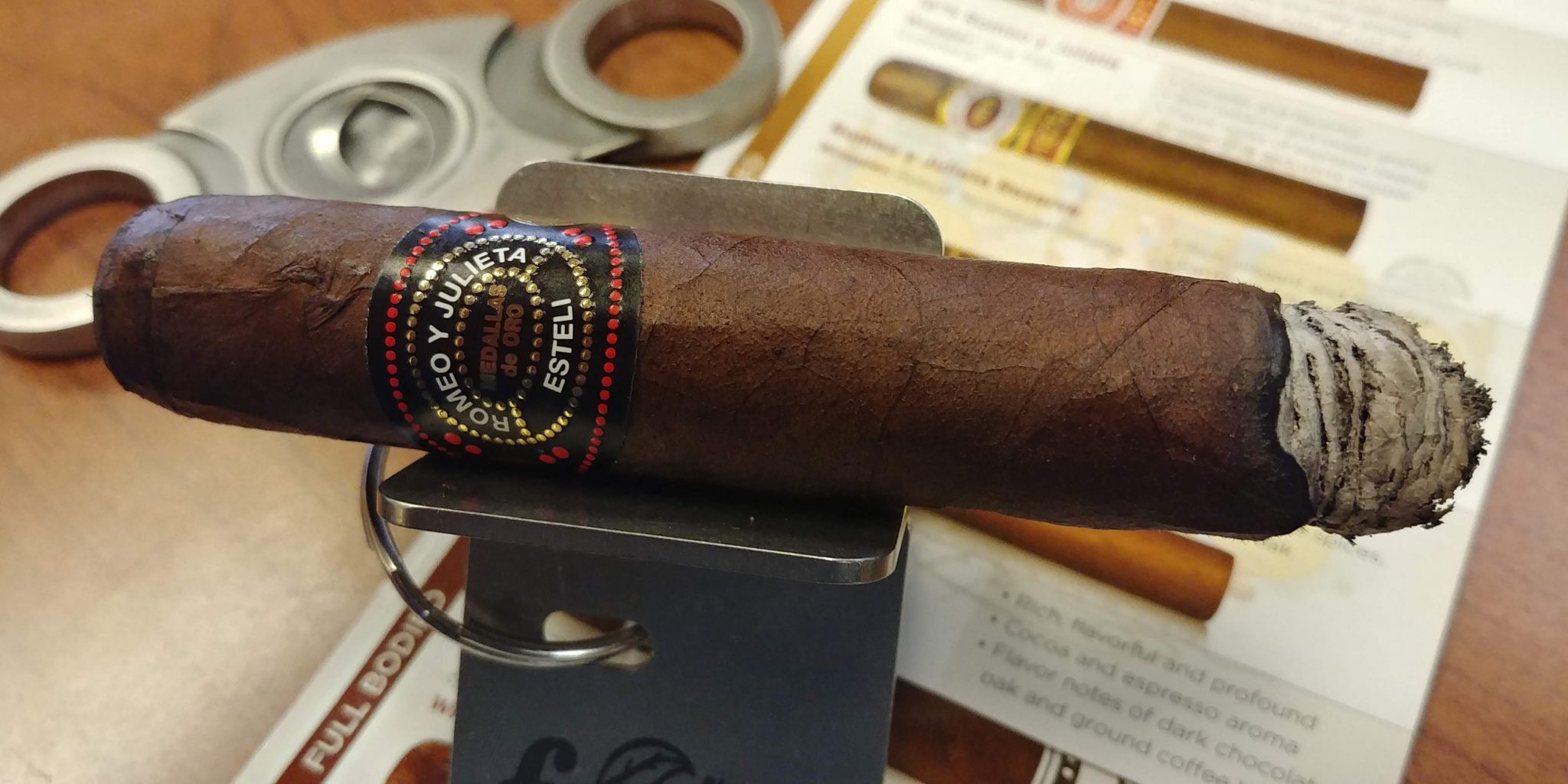 Everything settles into place by the first inch…those base flavors of earth, pepper and leather step forward, along with a spicy-sweet tobacco taste on the lips. The full-throated rumble of intensity dials back to medium; and now that the pepper has trailed off, a thick, salty-sweet sensation – think beef jerky – takes over and coats the palate. It’s warm and toasty, too.

But all this is temporary: the power (and pepper) starts to ramp up again just past halfway, and you’re feeling that fat, full n’ meaty sensation in your gut in no time. So if this Romeo Esteli didn’t knock you over at the beginning, it sure feels like it’s coming back to finish the job here at the end.

“Whoa – I can really feel this one in my gut…” I never thought I’d say these words while smoking Romeo y Julieta. But this Romeo is the real deal, and it’s going to be a people pleaser for the power smoke crowd, as this RyJ Esteli edition sits atop the intensity scale of their portfolio. Meaty and well-defined flavors, plus full body and strength…this Romeo clearly has earned its Esteli moniker. 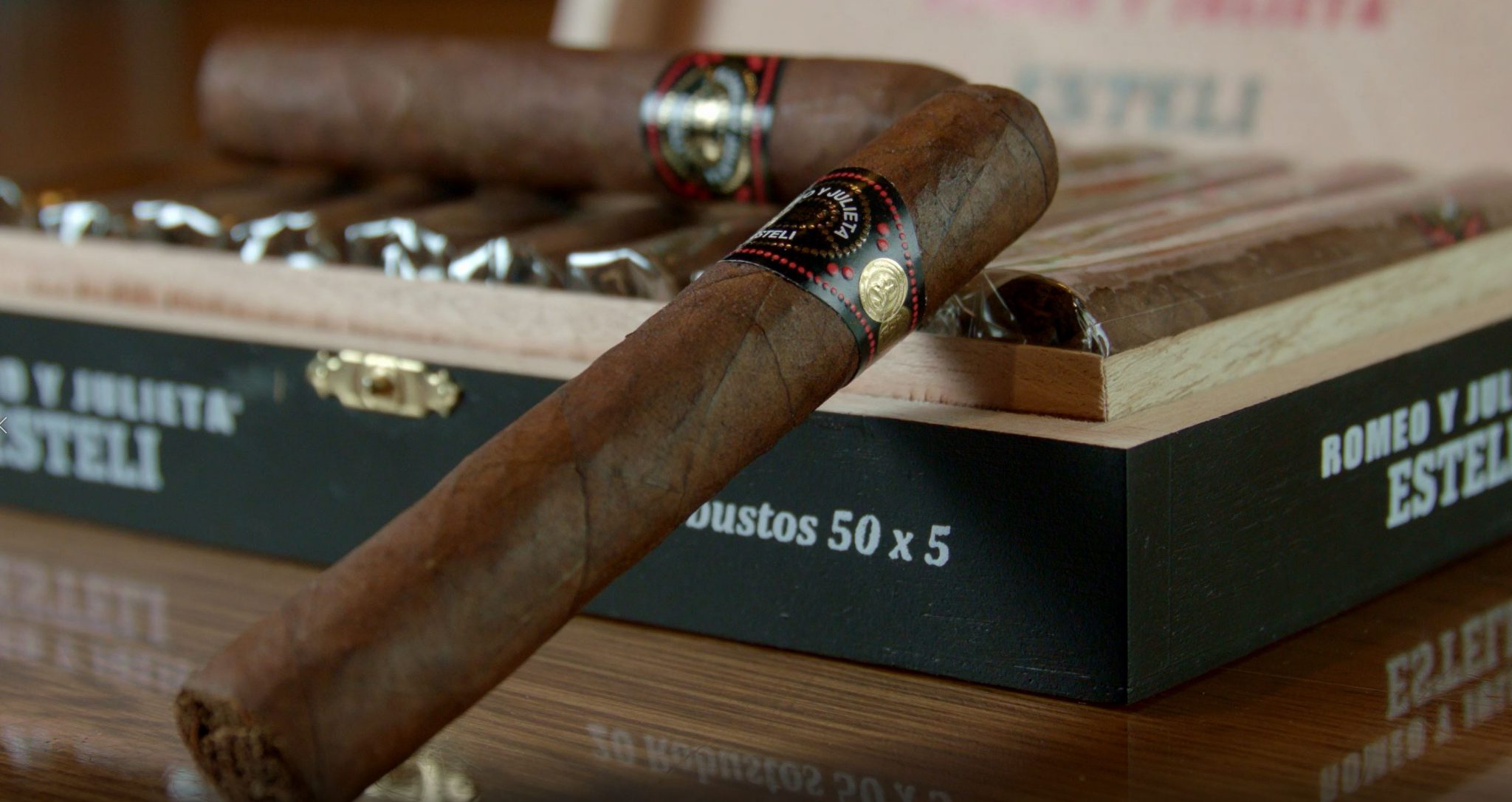 Construction: Oily and chocolate-brown in hue with a few prominent veins and expert construction.
Draw: Excellent.
Pre-light flavor: Earthy and sweet.
Toasting & Light: Slightly bitter and nutty.
Base flavors: Nuts, savory peppers, and some earthy, hop-like bitterness.
Retrohale: Feisty, savory, and smooth with a sweet finish.
Aroma: Hot cocoa and grains.
Burn & Ash Quality: Burns straight with a well-held ash.
Balance of flavors: The cigar leans toward savory and lacks the sweetness that I think would serve as an equalizer to its hoppy finish.

Summary: Seems that every time you turn around, somebody’s got a new Esteli blend to sling. Keen observers will note that Esteli is one of the most trending buzzwords in the industry right now, but when the dust settles, the status quo doesn’t mean much if the flavors don’t deliver. And that’s the question, isn’t it? Will Romeo y Julieta Esteli live up to the hype or will it find itself just another forgotten hashtag? #letsfindout

I received some earthy – almost grassy –  sweetness from the cold draw, and once lit, I noticed that the cigar had a strong hop-reminiscent bitterness. As I smoked further inward, that bitterness dialed back considerably and made way for some nuances of nuts, peppers, and earth. The hoppy zing was still there but was taking the back seat on the finish. I can tell you that if you have a soft spot for IPAs, this might be an instant go-to cigar for you. 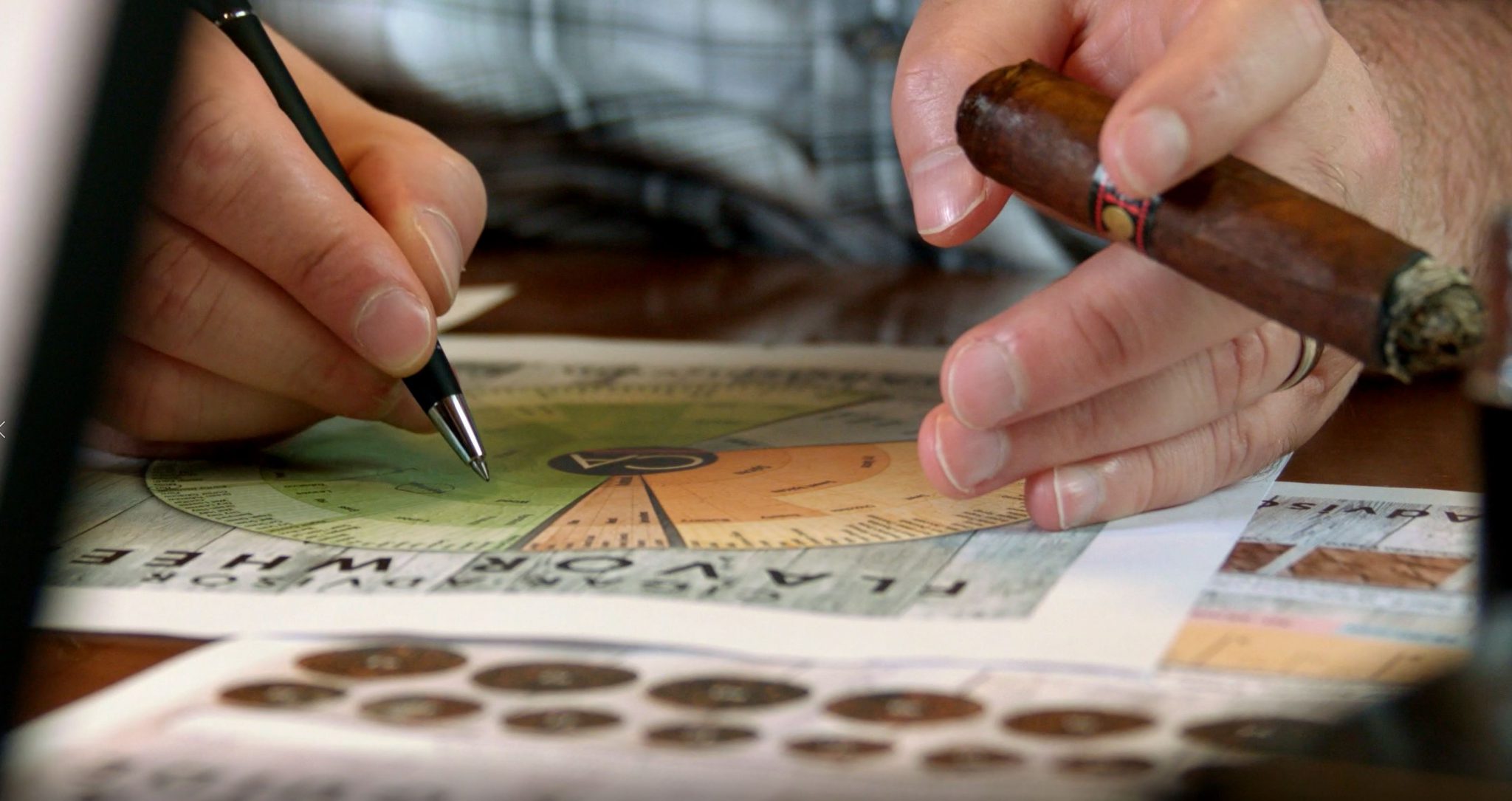 RyJ Esteli’s flavors took a slight turn near the halfway mark. There was vegetable sweetness that took hold, leaving nothing but a whisper of the bitterness, and as I progressed up to the band, the cigar stayed its course.

So, about that IPA thing. Like just about anything, it’s an acquired taste, and it doesn’t happen to be one of which I’ve grown fond. I had a few samples of the cigar before this one, and my best experience was when I paired it with a sweet beverage. But, if you’re the kind who dabbles in the craft beer universe, RyJ Esteli lets you double down on those hop flavors. This smoke seems to be much more middle-of-the-road than its full-bodied listing suggests; I smoked it first thing in the morning for this write-up, and it’s been pretty even keeled. Bottom line? It’s worthy of a try, and at its price point, there’s more than enough flavor to tip the scales in your favor. 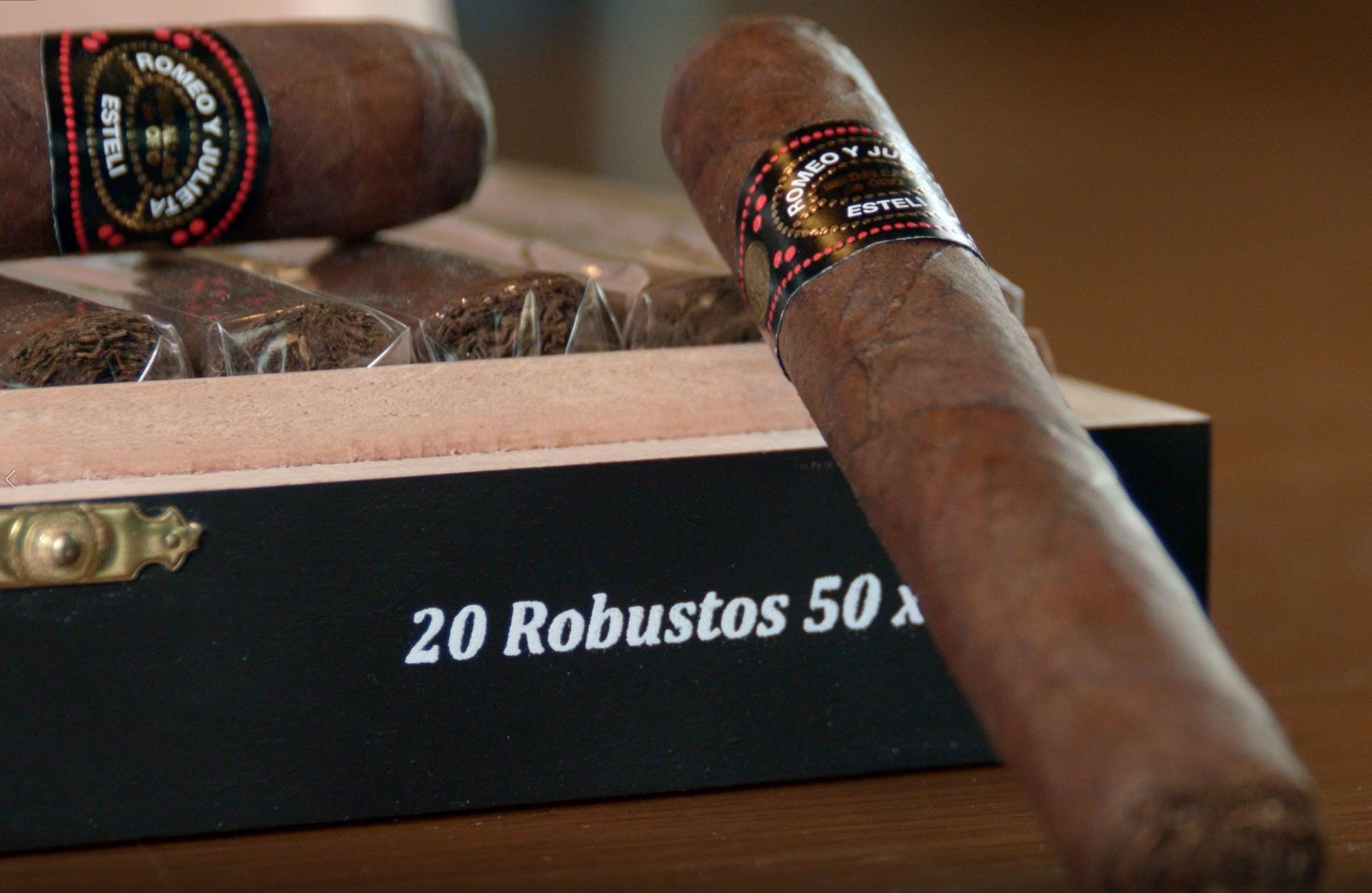 Summary: Let’s just get this out up front – the Romeo Esteli is a bona fide little ass kicker. The moment you take your first puff you realize that this cigar is severely front loaded with flavor. A rush of spice bangs your palate hard as your eyes open wide (and just wait ‘til you retrohale – whoa). I also got a hit of cocoa that didn’t last long as a woody cedar component entered the mix.

This is a very well-made cigar with big draws of smoke and a really nice burn. The aroma is actually a bit sharp with a kind of dark woodiness. Now, it’s not a very complex smoke even though there’s a whole lot of flavors going on. But it’s that early hard hit of flavor that continues through the first third as notes of dark coffee set in. But around the half way point leather and earth show up in the flavor profile as the intensity actually subsides for a bit.

But the final third is where things ramp up in intensity again as the earthy, leathery flavors pick back up. As I’m smoking, I’m thinking that I don’t know what to make of this cigar that is definitely not your typical Romeo & Julieta. It’s bold and brash, then backs off a bit, then ramps up again at the end. It’s definitely a full-bodied stick and meant for a more experienced smoker.

I smoked several Robustos and got the same results, but I have to wonder if it might be a different experience with the Churchill size. The compact Robusto has such a concentrated burst of flavors and I’m thinking the longer Churchill may even out the intensity a bit. Bottom line, if you like a cigar with a lot of big, bold, straight-forward flavor, you’ll want to give this Esteli a try.

Reading Time: 3 minutes February is here, and with it new cigars from Rocky Patel, Tatuaje, Asylum, and more. Click here to find out which ones were made for your taste buds!