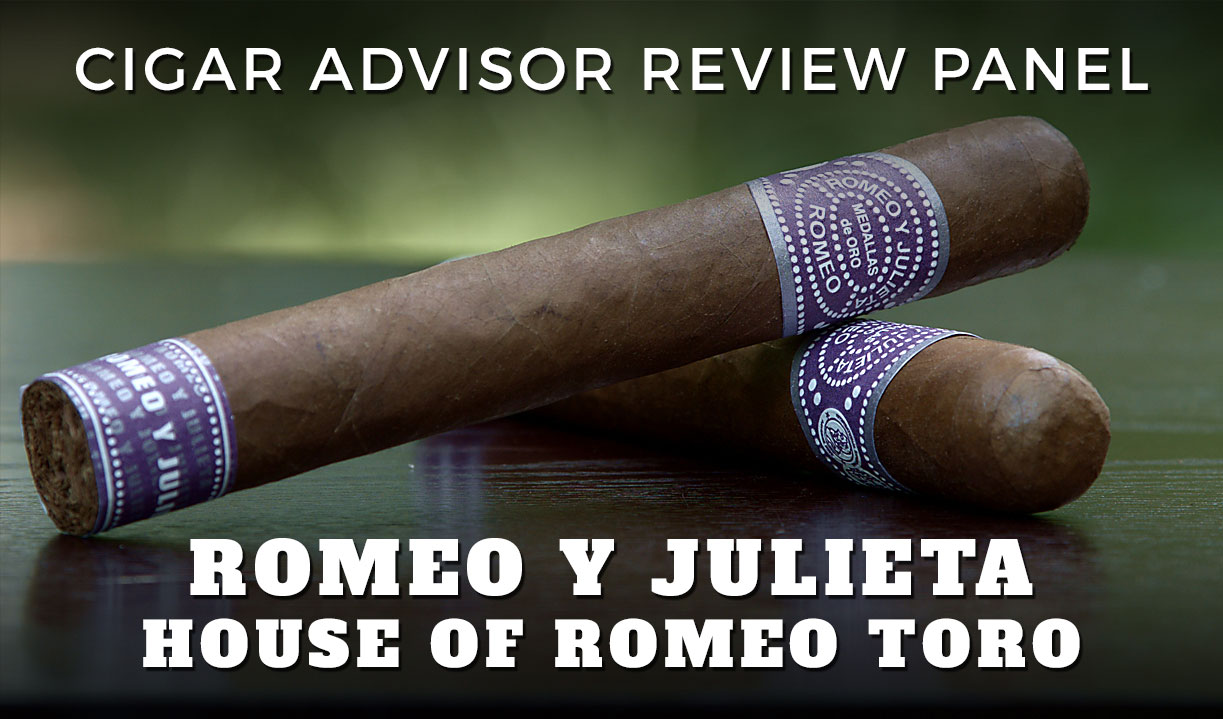 House of Romeo cigars are the newest and final release in the series of private label Romeo y Julieta cigars made for Famous Smoke Shop. Joining the House of Capulet, House of Montague, and House of Verona, House of Romeo was skillfully blended by the Grupo de Maestros and Tabacalera U.S.A’s Director of Product Capability, Rafael Nodal. 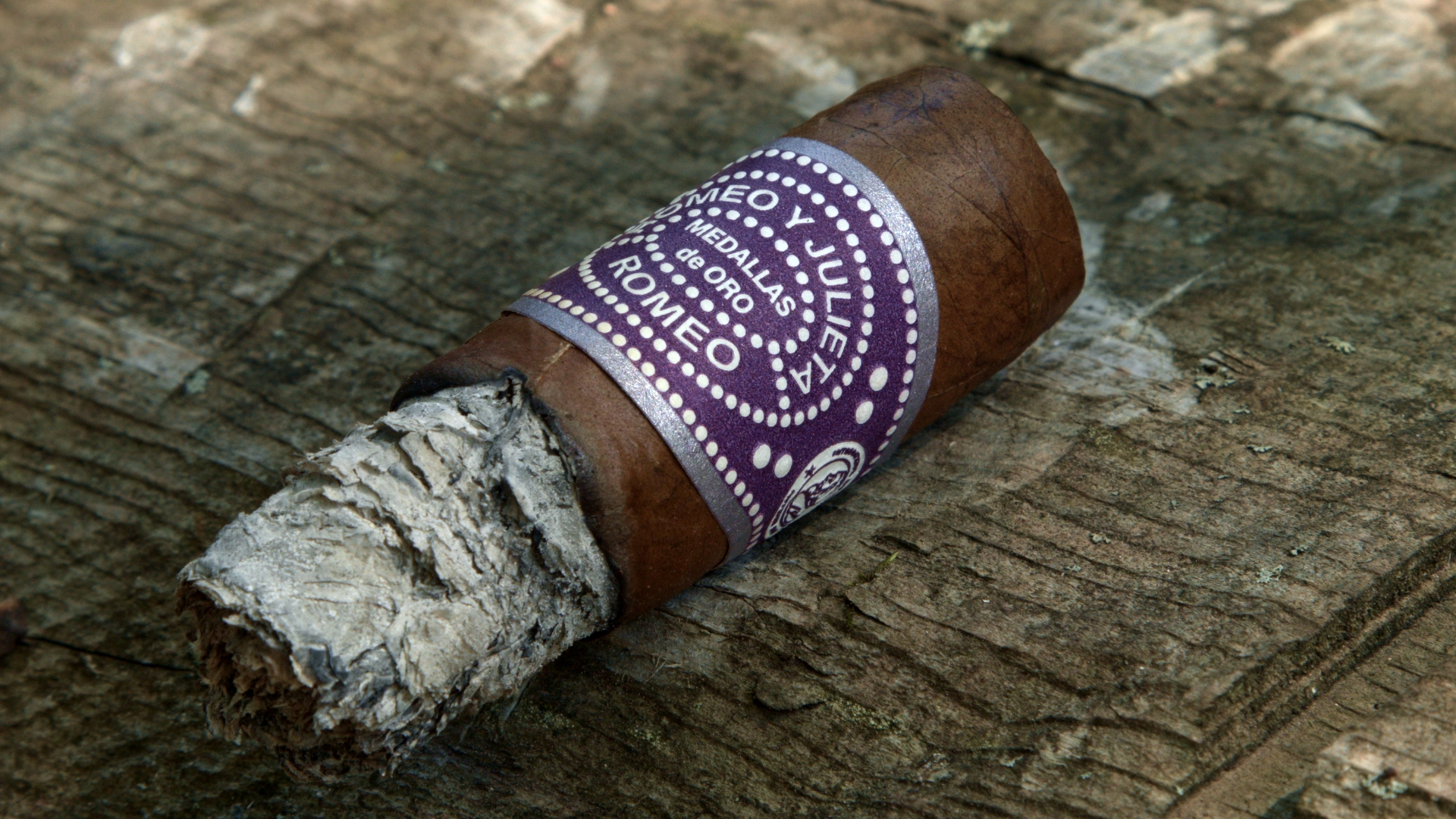 House of Romeo is also the fullest in flavor among the four “House of” selections. The recipe consists of rare, vintage long-fillers from Honduras and the Dominican Republic bound in a Connecticut seed binder and finished with a toothy Ecuador Habano wrapper. 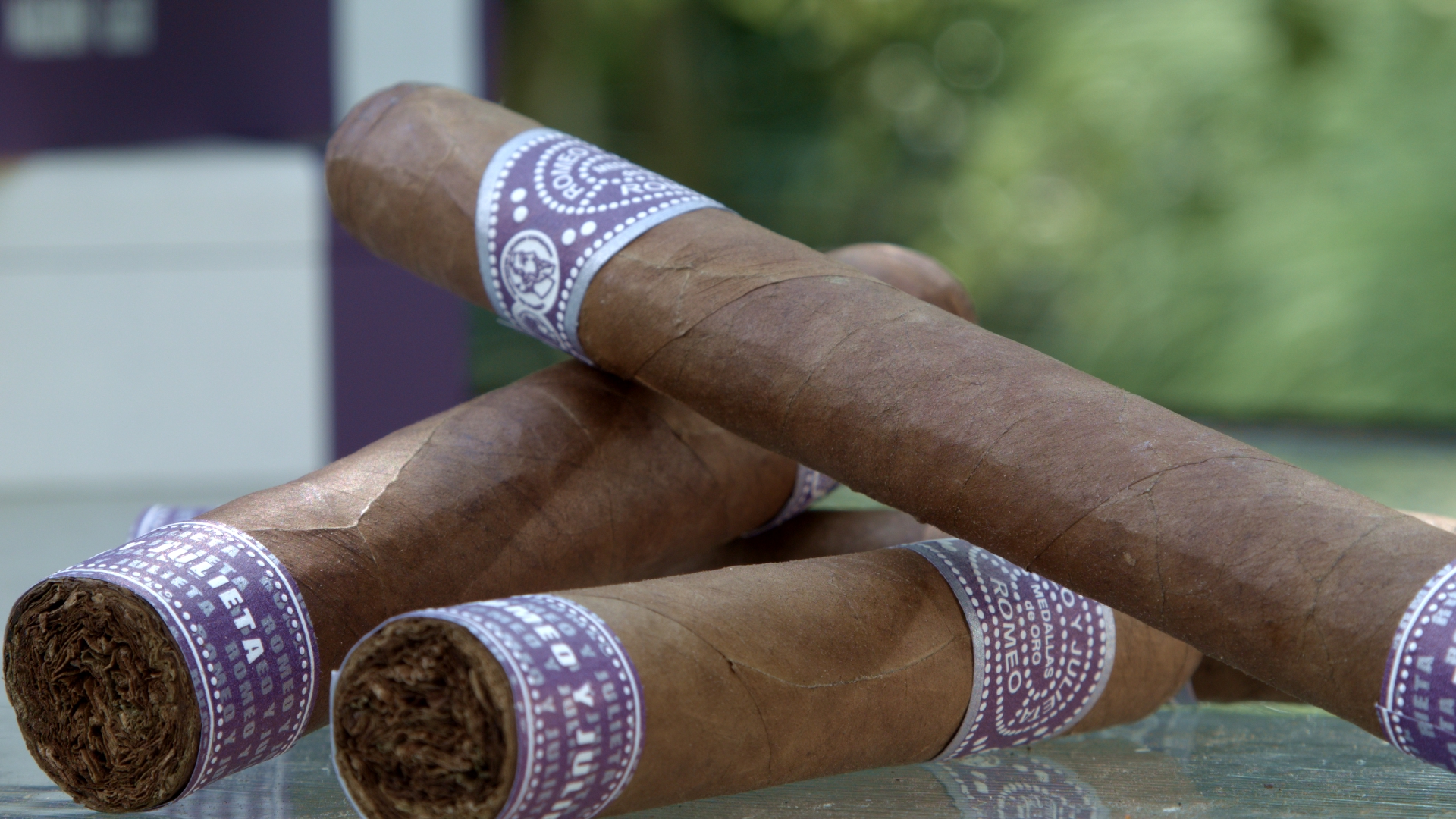 According to one source, House of Romeo was one of two blends the Grupo de Maestros were working on. It seems that Nodal originally wanted the blend chosen for House of Romeo to be used for another special project; but lucky for Famous, they got to it first. 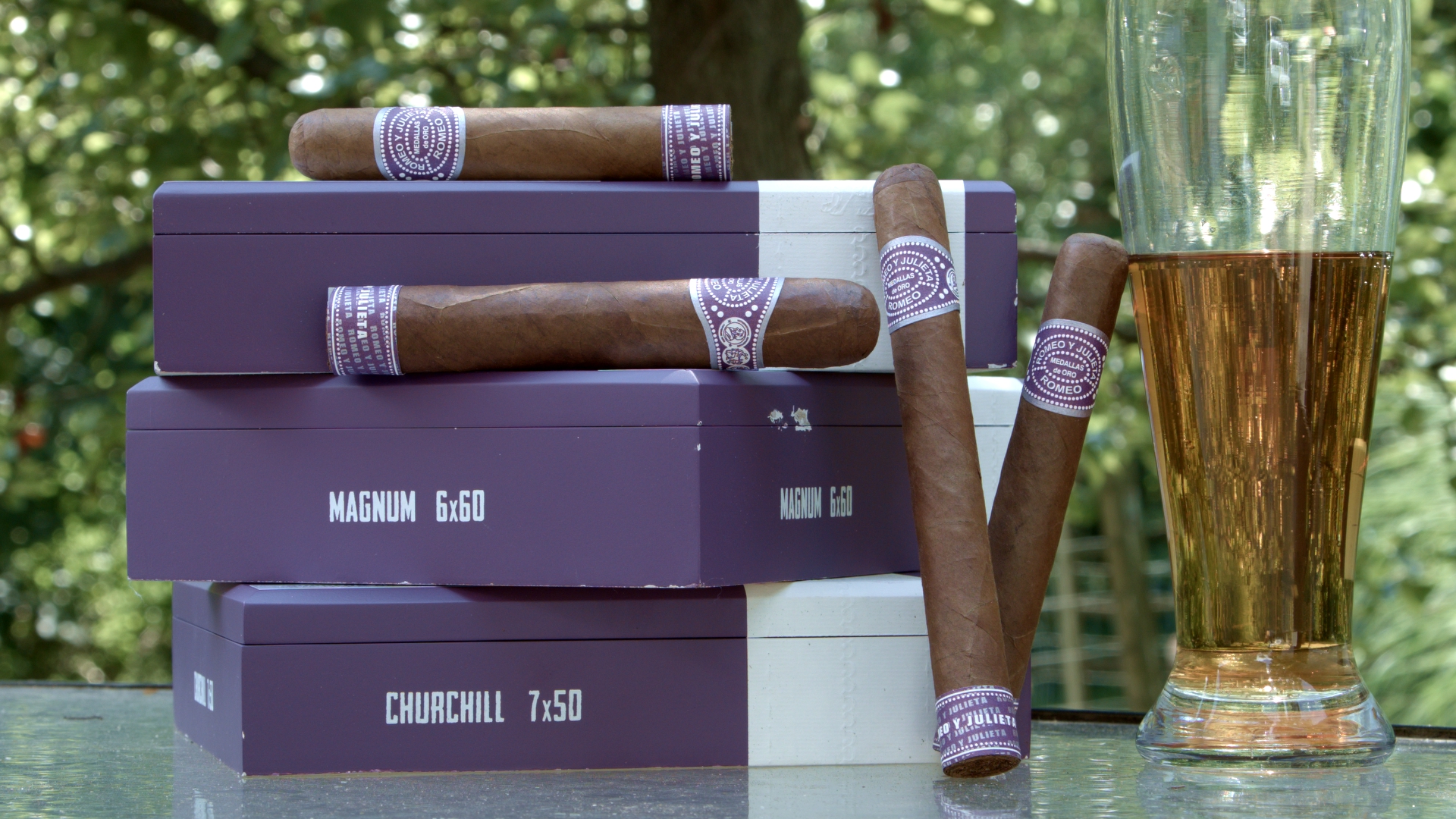 Romeo y Julieta House of Romeo cigars are handcrafted in the following four sizes presented in boxes of 20 cigars, 5-packs, and singles. Only the Toro is currently offered in a pack of 10.

Note: All reviews are based upon having smoked two samples.

Look at Romeo’s “new release” list and you’ll see many of them are pretty zesty blends: Romeo 505 and RyJ Estelí, specifically. This House of Romeo is in that style – but the way the Maestros executed it, I end up describing this House blend the same way I describe cigars like Undercrown Sun Grown and Montecristo Espada: “meaty.” And very satisfying. 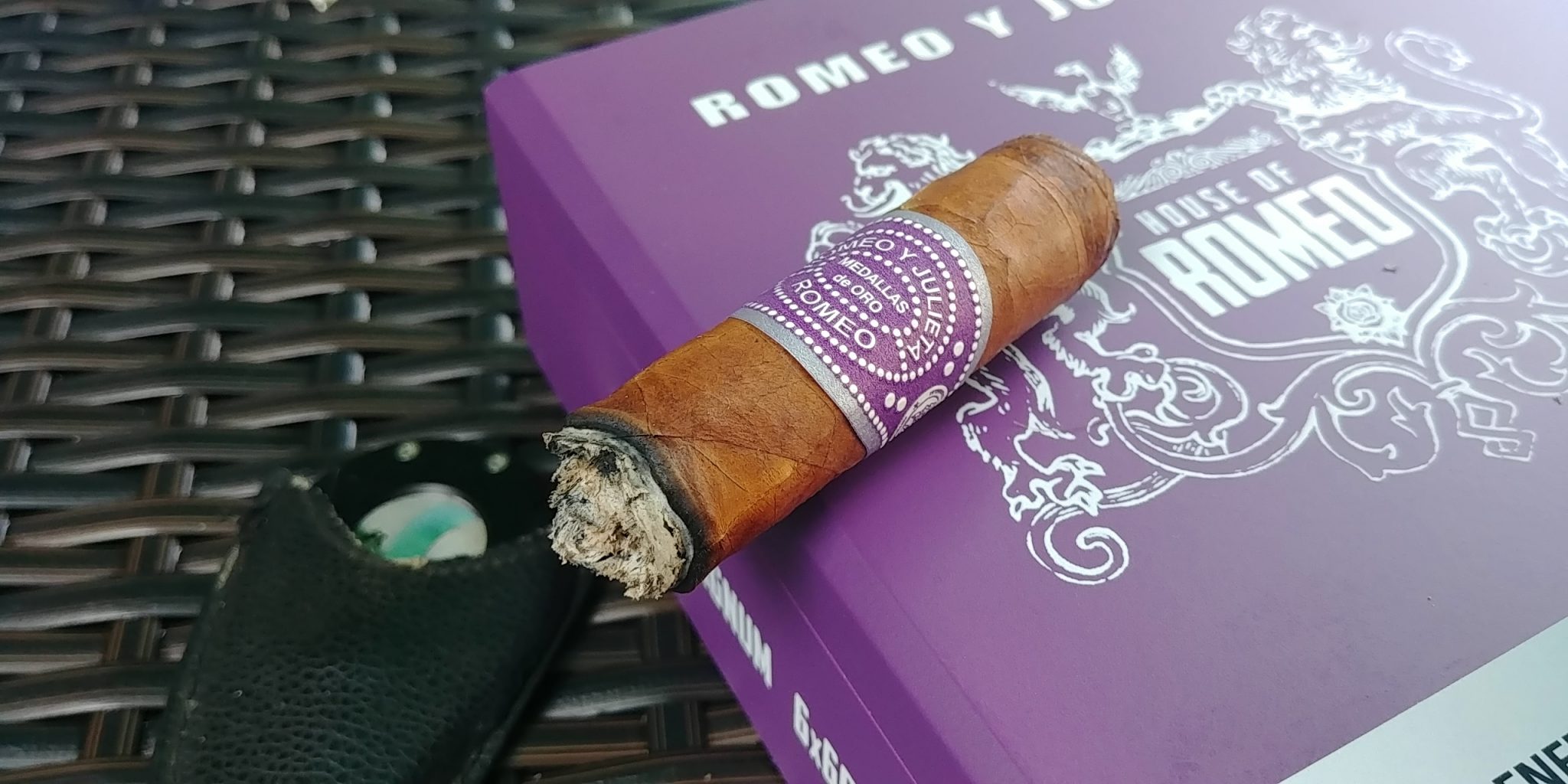 And now, the flavors…first and foremost, this thing is jammy-sweet through most, if not all, of the cigar. Then, I got the base flavors listed above at various points: vanilla cookie, cedar, and leather. But each comes with a “bonus” flavor – for a while it’s coffee, then it’s raisin, then spice as the flavors take a darker turn near the end. So yeah – the House of Romeo is complex. It’s also medium bodied.

If you like a naturally sweet-smoking cigar, burn this Toro. Move to a smaller size if you like cigars with more bite, or up to the 60RG Magnum is you want less sweetness and more leather and earth. 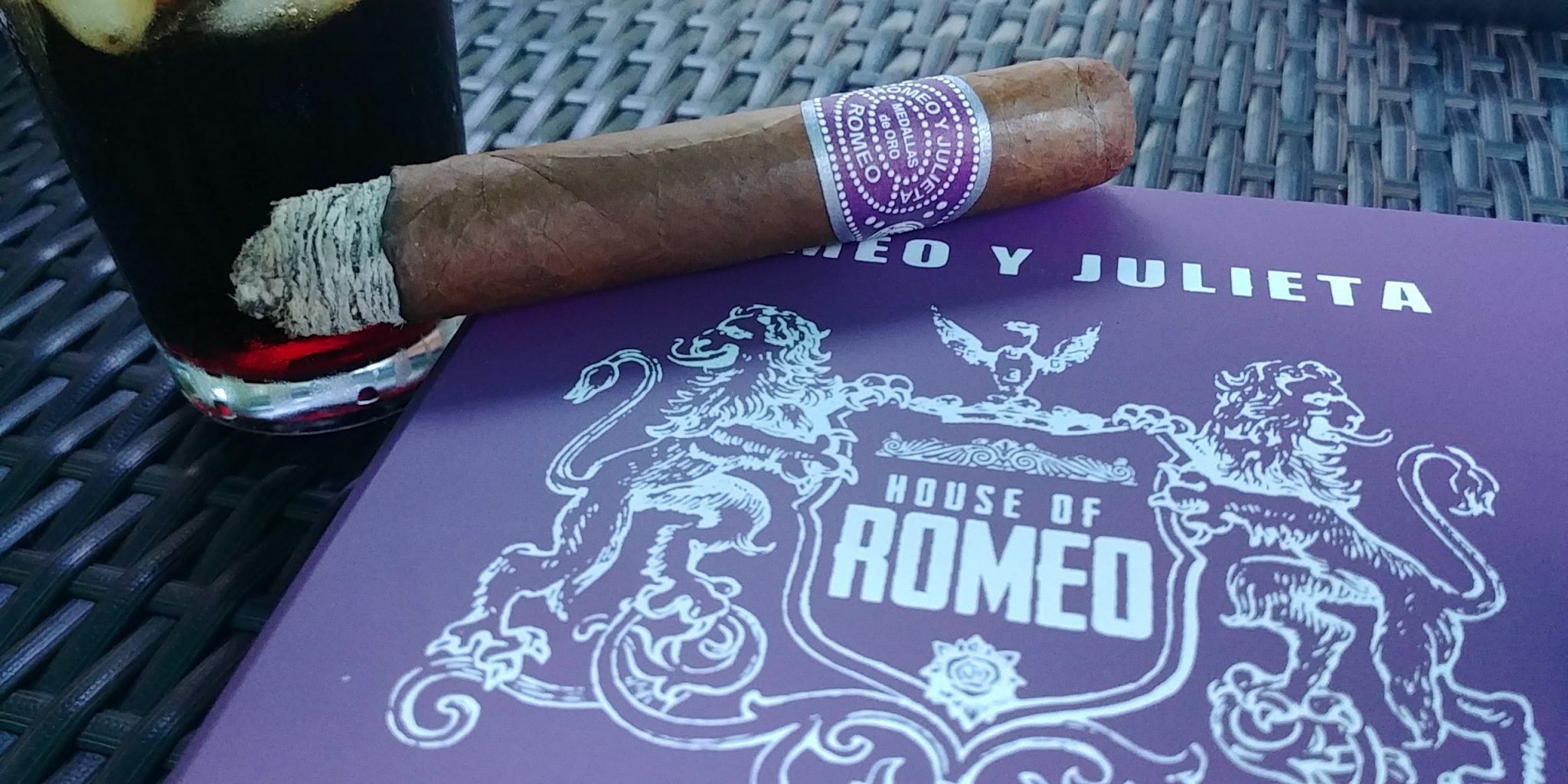 Pair this cigar with iced coffee (just go light on the sugar) on a hot summer night; it jives real nice with the Habano wrapper’s sweetness, even giving a hint of vanilla. Try a hardy winter warmer if the season is more appropriate.

Construction and Overall Appearance: Seamlessly rolled, and finished with a triple seam cap, the House of Romeo Toro is well-packed and seamlessly rolled in a caramel-colored Habano wrapper. When observed more closely under the right light, the wrapper reveals a fair amount of tooth and an attractive, semi-gloss patina.
Draw: Perfect.
Pre-light flavor: Leathery, nutty and sweet.
Toasting & Light: Easy. The foot took to flame fairly quickly resulting in an even burn that continued throughout the entire session.
Base flavors:  Earth, leather, cedar, nuts, and brown sugar.
Retrohale: Peppery.
Aroma: Sweet and floral throughout.
Burn / Ash Quality: Very good. As noted above, the burn remained even and formed a nicely-shaped cone when ashed. The ash, itself, was firm and broke-off in three-quarter-inch nuggets. Additionally, as the cigar burned the wrapper revealed a slight amount of oil, giving it a glossier appearance and added some extra sweetness to the mix.
Balance of flavors: Excellent. The flavors were highly consistent, mostly earthy, woody, creamy, and sweet with a modicum of spice on the finish.

Certainly the most refined blend of the four “House of” line extensions, and the closest to having a so-called, “old school Cuban” character. The smoke is creamy, full-flavored, and well-layered, offering a fair amount of complexity while maintaining a rich, medium to medium-plus strength. 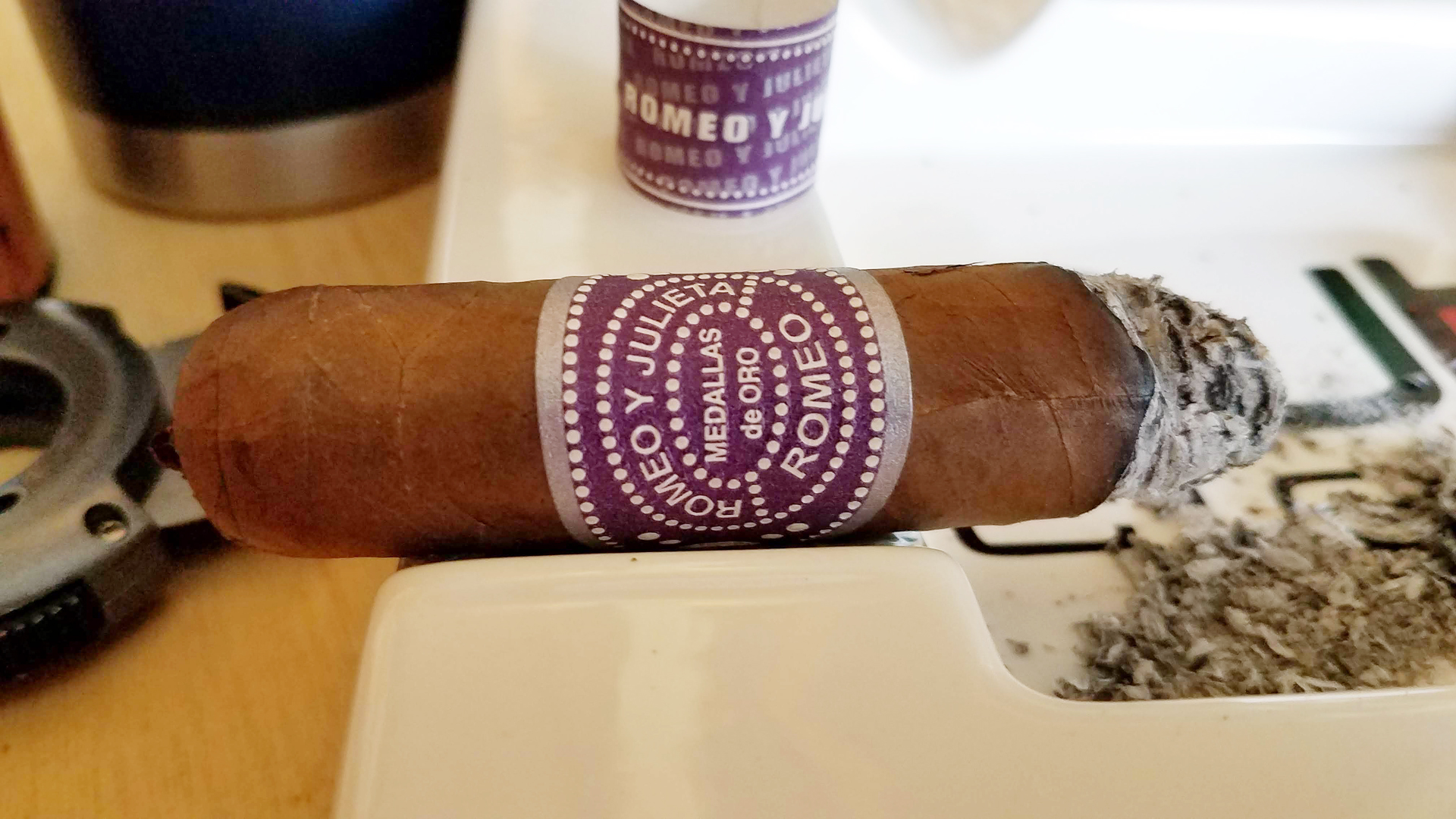 The Toro can be enjoyed by cigar smokers of just about any level of experience for its medium-plus flavor profile and sweet-spicy character, but those with a longer resumé will also appreciate the depth of flavor this shape offers. 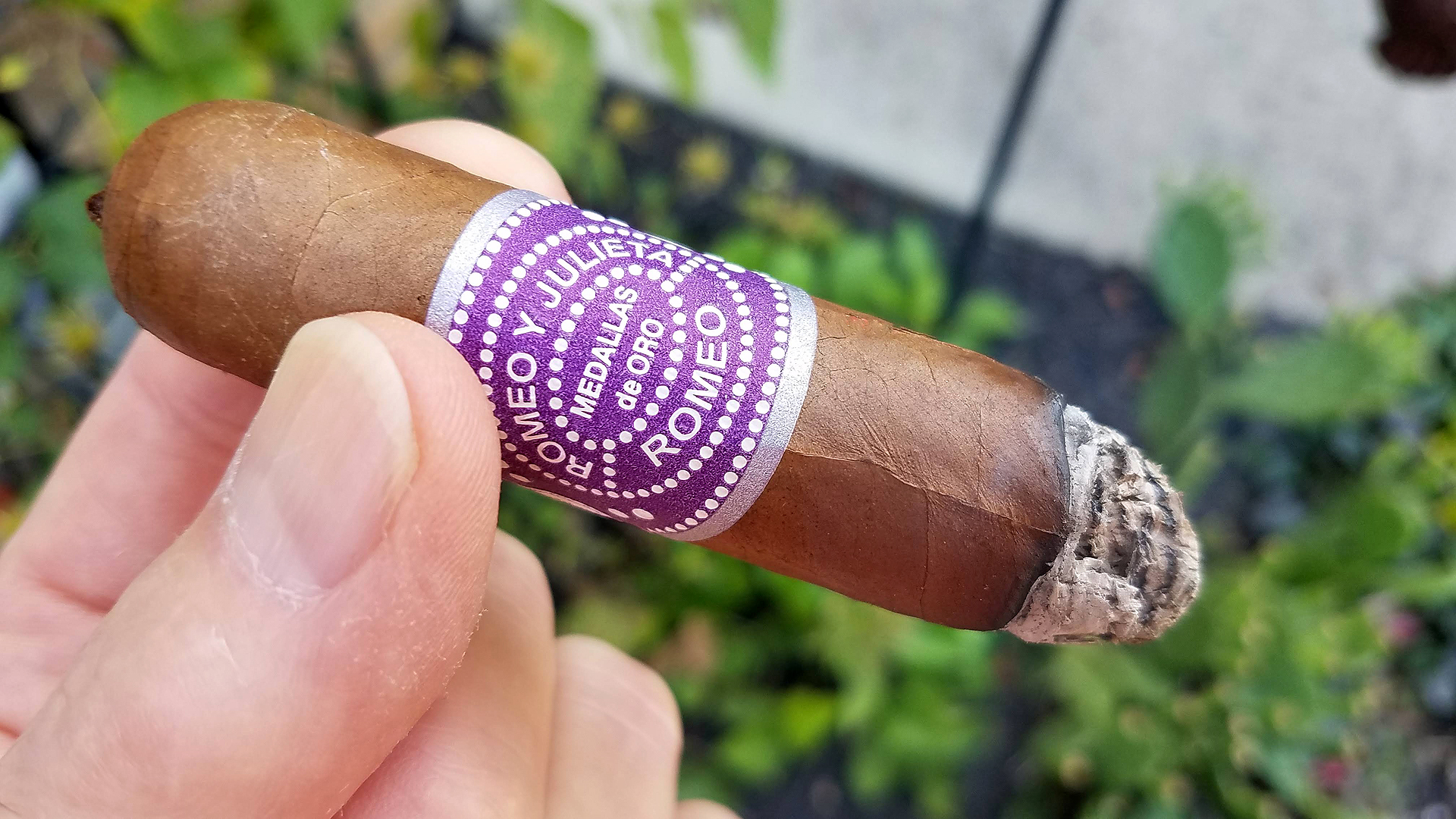 Suffice it to say. . . The Romeo y Julieta House of Romeo Toro is a chewy flavor bomb, not to mention an excellent value, and even stands up to other Romeos on the market with full-bodied blends.

Construction: Looks like an old leather chair and seems just as sturdy. Well-rolled, smooth, and with very few veins.
Draw: Slightly tight, but good.
Pre-light flavor: Faintly sweet and nutty.
Toasting & Light: Tangy and savory.
Base flavors: Peppery up front, gets smooth fast. Tangy notes of earth, wood, and a mixture of grass and floral flavors.
Retrohale: Fruity, especially if you chew the smoke, with some additional spices and pepper.
Aroma: Natural tobacco with some sweeter aromas added.
Burn & Ash Quality: Holds firm and stays put. Burn tends to go a little sideways at times, but nothing too crazy.
Balance of flavors: A nice balance, but definitely has a dominant sweetness.

House of Romeo comes out swinging with a peppery introduction. Here, the smoke is dense, heavy, and pops off some tangy and savory notes that carry earthier qualities. Some of you aren’t into pepperfests, and for those who aren’t, the full brunt of the heat dissipates within five minutes. Is it still strong, though? 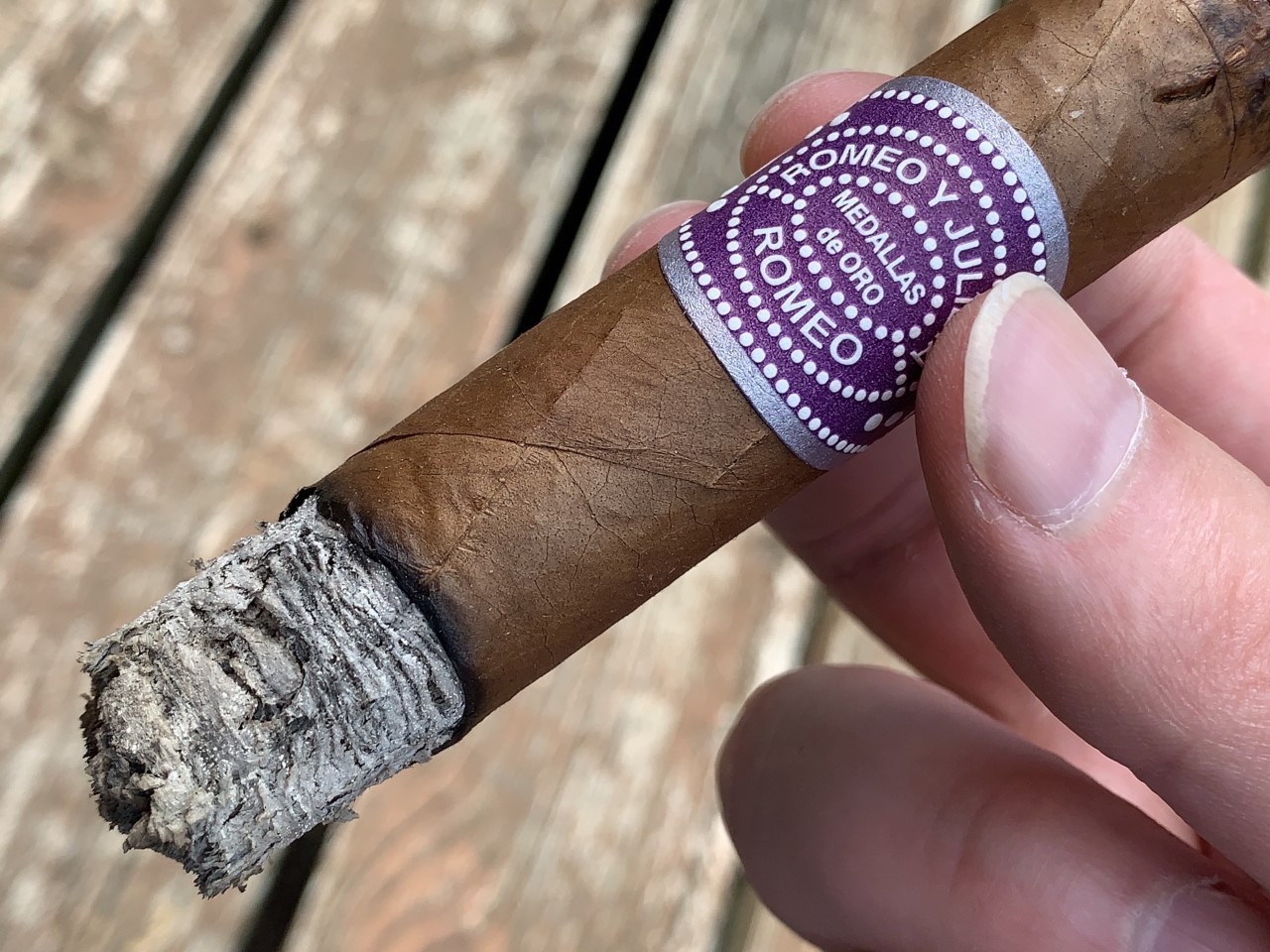 Smokers often use body and strength interchangeably. It’s an old habit that dies hard, and we do it sometimes, too. Put simply, body is supposed to be the density of the smoke – or the intensity of the flavor – whereas strength is simply how hard the nicotine hits. And in the nicotine department, this thing’s got a jolt like sticking your finger in a socket.

All right, so it’s strong. But does it taste good? Yes, yes it does. It might even be my favorite of the “House of…” series. I found the tanginess from toasting sticks around much longer than the pepper. It blends in with the cigar’s notes of earth, wood, and even some grassy and floral flavors that give it an old-school Cuban quality. In a word, it’s refreshing.

As for complexity, there’s a bit more than the standard handful of flavors you get from most cigars. For me, complexity is more about the changes. And apart from the upfront reduction in pepper, there weren’t any specific acts to talk about. What you’re getting here is a consistently flavorful cigar that packs a wallop. Beginners need not apply, but when you get there, it’ll be well worth the wait.