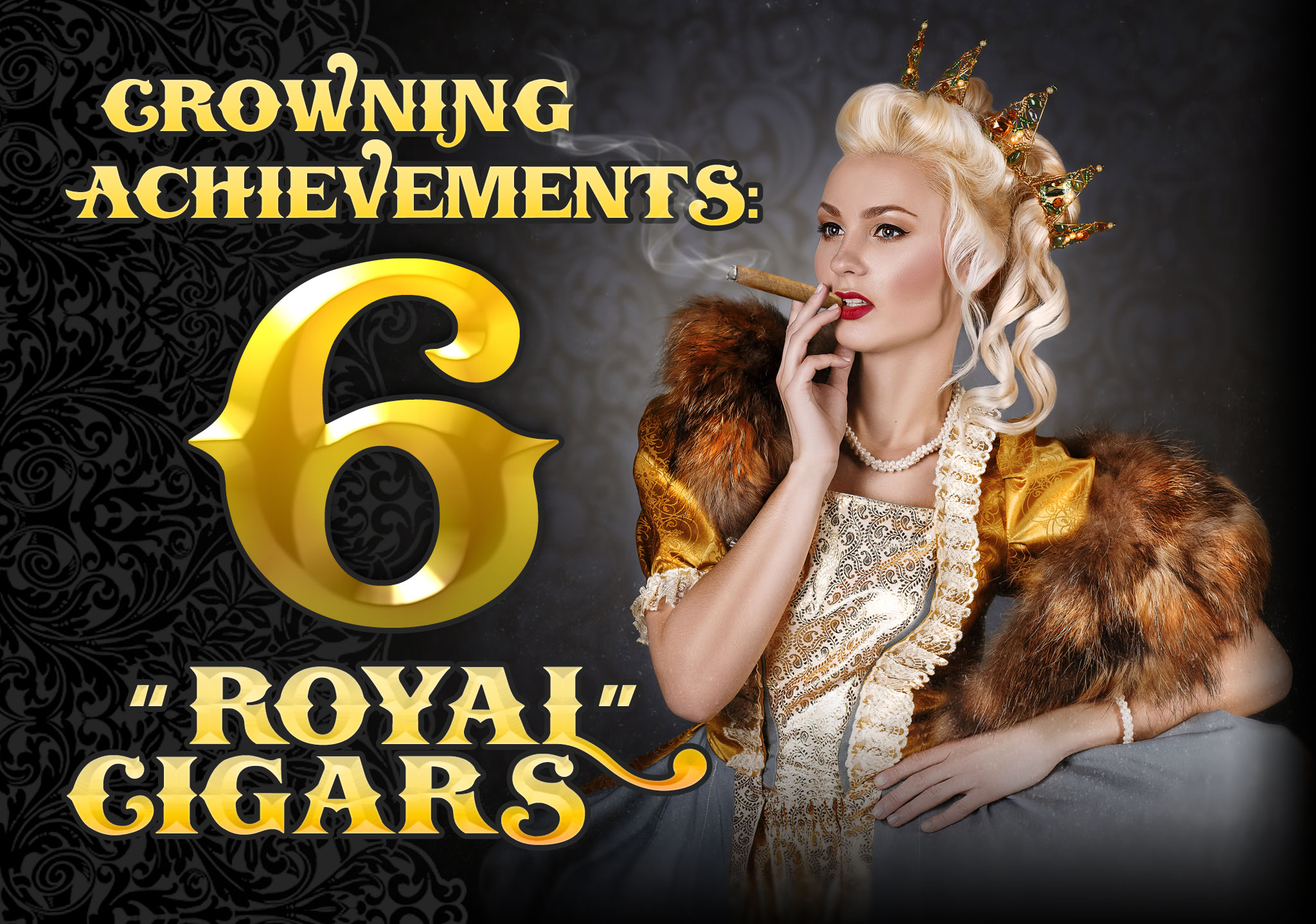 It was, of course, a great and storied day in cigar history when King Edward VII of England uttered his famous words…

“Gentlemen, you may smoke.”

The newly-crowned king uttered those words upon assuming the throne from his mother, Queen Victoria; she had previously banned smoking in the royal court. Edward was related to most of the Victorian era’s monarchs across the continent, earning him the nickname, “the Uncle of Europe.” Though more like a drunk Uncle of Europe, Big Ed was a man of the people…he liked his cigars (12 a day), dabbled with the ladies (a lot), played cards (and gambled on them), and in doing so became one of the UK’s most popular kings since the late 1600s. Leave it to a brother of the leaf, right?

So it comes as no surprise then that our collective obsession with all things aristocracy extends to our cigars. Smokes have always been seen as a “high society” thing, and certainly inspired cigar makers to name their cigars after titles and honorifics in the royal hierarchy. And why not? If baseball can have a Triple Crown, and Steve McQueen can play the title role in the Thomas Crown Affair, we cigar nuts can give our taste buds the regal treatment with smokes such as these…and maybe a Crown Royal. Ehhh?

So let’s dig into these six royal cigars, crown jewels of the humidor that all have royal titles in their names – because don’t you have to smoke just any common smoke…

Ah, Baccarat – the jewel in the crown of go-to cigars, and the reigning king of mild smokes. THIS is the cigar you use to introduce new smokers to our hobby; THIS is the smoke that defines how smooth Honduran tobacco can be. Weighing in at a whopping 8 ½ x 52, these super-sized sweet tips bring good flavor for way less than a king’s ransom.

It’s a king of a different kind with Casino Gold HRS, who puts “High Roller” into play – think of it as a 7×54 King-high flush, handmade in Honduras by Nestor Plasencia using a medium bodied blend of three different Nicaraguan fillers under Cameroon binders and a Nicaraguan Rosado wrapper. Jackpot.

I’m no chess master, but I know enough that it’s the Queen who’s the most powerful piece on the board. And so it is with Fuente’s royal, Queen B: though a mere 5 ½ x 52, the Queen packs a sweet punch with robust, vintage Dominican tobaccos and an exclusive sun grown wrapper from Ecuador that puts the taste buds into checkmate.

If we’re talking cigar royalty, no doubt Montecristo was due to show up – and for more than one reason. First, legend has it that the brand got its name from the Alexandre Dumas book, The Count of Monte Cristo, a favorite of cigar factory lectors to read to the workers as they rolled cigars. Second, because the Montecristo White Series Court is full-flavored in every square millimeter of its regal 5 ½ x 44 frame. A heaping scoop of Nicaraguan tobaccos does the job here, making this Monte one of the most well-renowned across the kingdom.

Just in case you have your own brush with royalty and have the chance to meet a modern-day Duke, he should be referred to as “your Grace” – and the Duke of Devon should be no exception. Burning cool and smooth, this Macanudo corona is all class: strikingly consistent in quality, taste, draw and burn, and uses one of the most refined Connecticut shade wrappers in the business. The best part is, you don’t have to hock the family jewels to afford a box.

Named for King Arthur’s infamous sword in the stone, the same blade that could only be removed by “the true King,” and for the Dark Knight who would turn out to be (according to legend) King Arthur’s son. Full in body, the Dark Knight is not to be toyed with – the Dominican tobaccos and oily broadleaf wrapper on this robusto may just joust you on your ass.

So there you have it – 6 smokes, all with royal names, and all of which give us commoners (and our humidors) the royal treatment. It’s just further proof to me that I don’t have to be a Blue Blood to enjoy a good cigar…

Reading Time: 6 minutes Dressed in a dual ring, CAO Signature Series cigars are a full-flavored step up from their popular CAO Gold selection; they share one of the same bands, but the blends are miles apart. While the Gold Series has been a long time recommendation for new smokers, the Signature Series is more of a follow-up cigar.