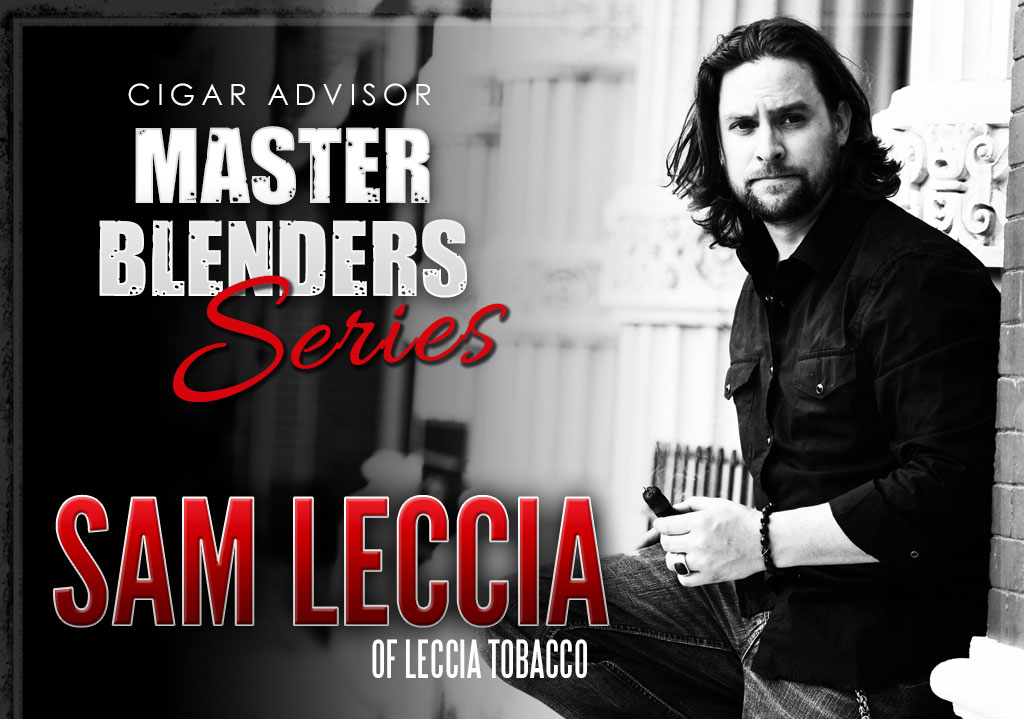 “I live for the moment,” says Sam Leccia. “That unexpected, unanticipated moment when everything is just right with the world. They happen every day if you look.”

One of those unanticipated moments began a little over 14 years ago when Sam was discharged from the Navy and landed a gig with Bacardi Rum. It was a business trip to a tobacco farm and a cigar factory in Honduras that inspired in him a newfound fascination for tobacco and the detailed craft of making premium cigars. “I was forever intrigued,” said Sam. “I knew I wanted to be a part of it somehow.”

Sam’s interest in cigars actually began in the early 1990’s as a teenager, growing up in Pittsburgh, PA. During his senior year in high school, Sam and his friends would split a box of Phillies or Dutch Masters and while away the hours smoking and playing pool at his parents’ house. Sam soon drifted away from machine-made cigars and moved towards the better premiums, like Macanudo.

“Something about spending $6 on a cigar on a 12th grade budget was badass,” recalls Sam.

After that fateful trip to Honduras, Sam wanted to learn everything he could about cigars and tobacco. Working in his garage, he started taking cigars apart leaf-by-leaf, making his own custom blends to learn the differences between the tobaccos and where they fit in the blend.

Sam’s passion for the leaf and countless hours of experimentation led him to the Oliva Cigars factory in Nicaragua where he created the now-classic Nub cigars, as well as the Cain cigars lines. The idea behind Nub was to start smoking the cigar at its “sweet spot,” which accounts for their stubby shape and intense flavor, while Cain offered a “straight ligero” blend in which at least 85% of the cigar was blended with potent ligero tobaccos. Both Nub and Cain were instant hits with cigar smokers, and opened the door for more opportunities where Sam could put his creative juices to work.

Today, in the wake of his bestselling cigars, which also include Leccia Black, Leccia White, Luchador, and Luchador El Gringo, Sam and his Leccia Tobacco company continue to move forward creating even more exciting new blends in an effort to share one of those “unexpected, unanticipated moments” with cigar smokers everywhere.

I sell these cigars…Fujiokas Wine Times, Honolulu, Hawaii … but my favorite are Cohiba esplandidos…what non-Cuban cigar would be closest to these? Our very good cigars like Tatuate etc. Are mostly to Maduro for my taste…what would be like Cohiba in aroma and flavor?

That’s hard to say, since Cubans, like cigars made in other countries, are unique. I have had cigars made outside of Cuba that remind me of good Cubans like the La Gloria Cubana Coleccion Reserva, and a few others, but it’s hard to find a really close match – and that goes for most cigars. You may want to take a look at Sobremesa or the CLE Corojo cigars, or Aganorsa Leaf Signature for starters, but it’s a tough call.