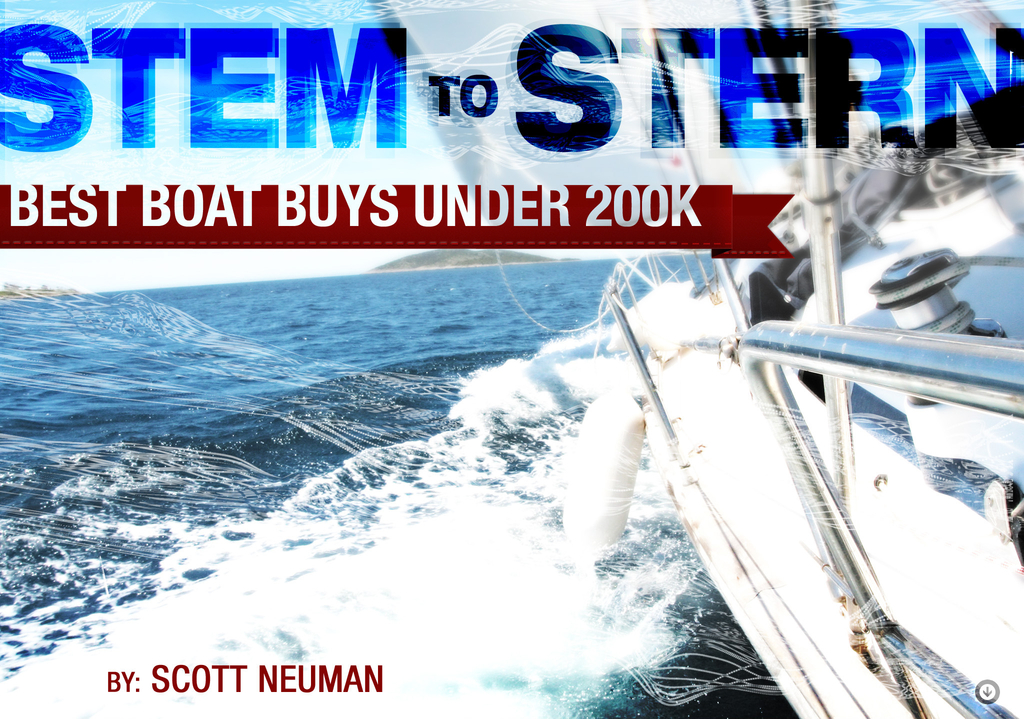 Yachting author R.D. Culler once wrote that “boats, like whiskey, are all good.”

Even so, some boats – like some whiskeys – are better than others. That’s why Cigar Advisor asked me, an avid sailor who’s been messing about in boats since I could handle a tiller, to come up with a list of the best new sailboats for under $200,000.

The biggest mistake is to buy the wrong boat – not the wrong brand or model necessarily, but the wrong type of boat. The first thing you need to do is think about what kind of sailing is realistic for you and then chose the boat that matches your skills and ambitions. To simplify things a bit, I’ve divided the list into two broad categories – daysailers and cruisers.

The daysailer is a boat for that weekend jaunt across the bay or the hour-long sunset cruise after a hard day at the office. You will want ease of sail handling and plenty of room in the cockpit to stretch your legs and entertain guests. Accommodations below deck are typically Spartan at best (sitting, not standing, headroom). After all, you’re not planning on crossing oceans, right?

However, if you want to do some occasional cruising – coastal or beyond the horizon, you’ll want comfortable sleeping berths for the skipper, first mate and/or guests, a galley for cooking meals underway and a vessel designed to handle a wider range of weather conditions. Look for a good amount of storage, water and fuel capacity for longer trips, a reliable engine and plenty of secure and conveniently placed handholds above and below deck. 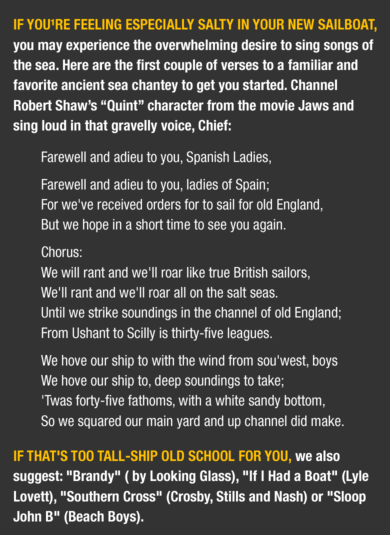 Daysailer: Harbor 20. This sporty, fun and handsome daysailer has made a splash in recent years on both U.S. coasts. And with good reason – the Harbor 20’s elegant simplicity makes it a joy to sail solo or with a small family. All the control lines are led into the cockpit, putting everything at your fingertips. The self-tacking jib takes any unnecessary drama out of sailing upwind. As an option, there’s a whisper-quiet electric motor that folds into the hull to reduce drag. Several Harbor 20 class associations have popped up across theU.S., so racing is also an option. Estimated sail away price: $37,000. 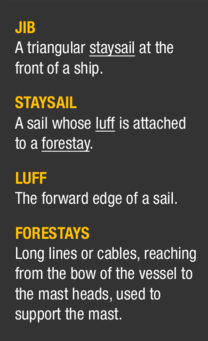 Hunter Marine, along with chief rival Catalina Yachts, basically wrote the book on mass-market sailboats in the 1970s and Hunter continues to put out a respectable line at affordable prices. Calling the Hunter 27 a “blue water” vessel would be a stretch, but she’s definitely up to shorter coastal hops in decent weather. There’s adequate standing headroom for most (6’2″), sleeping accommodations for three or four adults, a small but serviceable galley and a working head. The Hunter 27 is powered by an Elco Electric motor with a range of 20 miles. There are two keel options, a “shoal” for gunkholing in shallow water and a standard keel for more stability in open water. Estimated sail away price: $74,000.

There’s no question – the Alerion 28 is a real head-turner, and the best of both worlds – traditional lines that give her the look of a classic gentleman’s yacht, but an abbreviated underside that speak to speed and performance. She’s got everything you’d want in a daysailer – lots of space in the cockpit, a self-tacking jib and sleek saildrive with the option for electric propulsion for precise (and quiet) maneuvering in and out of the dock or for those times when the wind gods let you down. Estimated sail away price: $145,000.

Few boat builders have done more to raise the bar on design and quality over the past few decades than has French maker Beneteau. One glance at the First 30 and you’re more likely to think ocean racer than family cruiser – that’s because Beneteau contracted designer Juan Kouyoumdjian, himself a two-time Volvo Ocean Race winner, for the design. Down below, the First 30 has a smart layout, 6′ of headroom, a head, galley and full navigation station. Beneteau offers an optional shoal keel if you plan to go cruising in thin water – though it means sacrificing some of the boat’s superior sailing qualities. Estimated sail away price: $135,000.

If boats were cars, the M29 would be a classic roadster – looks that could kill with plenty of speed and maneuverability. With its wisp of a coach roof and gobs of deck space, the M29 is inspired by famed design house Sparkman & Stevens. Below the waterline is a sleek, modern fin keel, spade rudder and saildrive. The M29 has control lines led aft to the spacious cockpit and a self-tacking jib, just like the other daysailers mentioned above. Below deck there’s a head, but no galley and just about enough space for two adults to sleep. Estimated sail away price: $200,000. 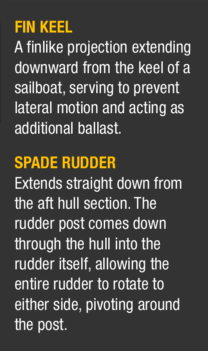 Tartan is another legendary name in fiberglass production boats. The 3400 is an evolution of an earlier 34′ Tartan that has already taken its place as a modern classic. In short, there’s a lot of cruising boat here for the money. The accommodations are airy and comfortable for a boat of this size, with open space, a galley that is easy to use underway, a full head and navigation station. The 3400 has a 27hp Yanmar diesel, an engine that’s synonymous with reliability. She’s got everything you need for a family to go cruising for days or weeks at a time. Estimated sail away price: $200,000.

Before we leave you, it’s worth noting that fiberglass doesn’t rot or rust, and since most pleasure yachts after the 1960s have been made from glass, there’s a virtually limitless supply of pre-owned boats. So, if this list is out of your price range, there are plenty of deals to be had in the second-hand market.

Scott Neuman is a writer/editor for National Public Radio. He grew up around boats on Lake Erie and has sailed extensively in the U.S. and Asia. He and his wife, Noi, now live aboard a 37' cutter on the Chesapeake Bay.

Reading Time: 4 minutes When is a cigar not just a cigar? When it’s a classic. Gary and Khuong are #nowsmoking a Rothschild for their Arturo Fuente Chateau Fuente Maduro cigar review. Watch now to see how well this dark Rothy has stood the test of time. . .