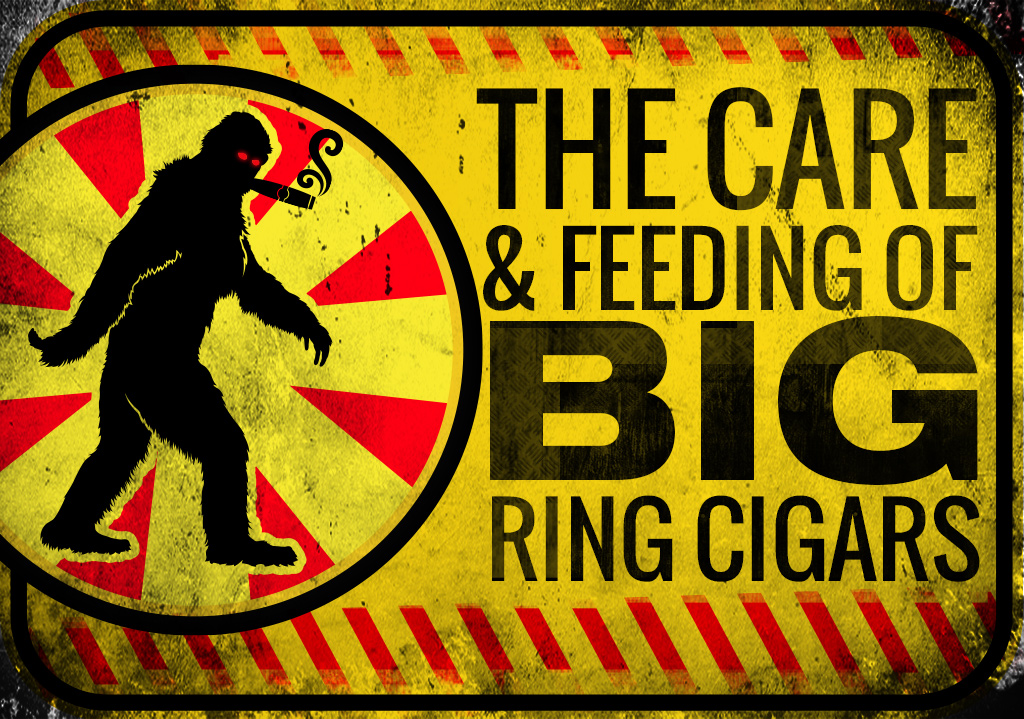 Big Giant Cigars: Are They Harder to Keep Under Control?

Is bigger necessarily better? When it comes to cigars rolled to 60 ring gauges and higher, the reviews are mixed. But this blog isn’t about whether big giant cigars (BGC’s, as I call them) taste better; it’s about whether they are more problematic than cigars that are more “traditional” in size.

From what I’ve read and seen, these cigar monsters are very appealing to younger and newer smokers. I can see that, since younger smokers are more likely to be attracted to new trends – and the trend toward smoking 70 and 80 ring cigars doesn’t seem to have played itself out – at least not anytime soon. Obviously, there is still a demand for them, because cigar manufacturers continue to add these behemoth frontmarks to their core lines. That said, I learned a lot from a recent CigarAdvisor Facebook survey I took in which 160 followers chimed-in to comment on the following question: I’m taking a survey on big ring cigars, 60 ring and wider. Have you found that these giants tend to split or unravel on you more often than not? 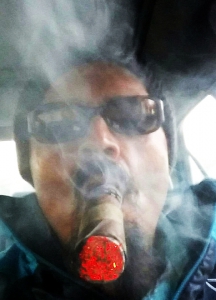 Before I get to the comments, let me tell you what led me to ask this question. Most experienced cigar smokers have a ring gauge comfort zone. For me, it’s 50-56 max. I especially like toros and robustos rolled to either 52 or 54 ring gauges. When the 60 ring cigars came out, I gave them a try. I wasn’t too keen on them at first, but I found that some were really good cigars, and eventually got used to the wider shape. Then came the 70 and 80 ringers. I smoked a few for cigar reviews like the INCH 770, Asylum 13 Eighty, the box-pressed CAO Flathead Big Block, and they were darn tasty. So, I started adding some of these big boys to my cigar humidor, mostly in the 6″x 60 format. Thing was, I noticed that, not all, but a few too many of these cigars were either unraveling or splitting on me, often within the first third.

This got me to thinking: Either this particular shape is prone to splitting, or I’m doing something wrong. I figured that it had to be something to do with my storage conditions, the way I was cutting the cigars, or both. So what could I do to stop it? I had a hunch for a solution that might work, but I decided to pose the question to my fellow BOTL’s first, and it appears I was on to something.

As for the responses, I was surprised that only a portion of the commenters noted that they had had splitting and unraveling issues with super-sized cigars. One person who liked big cigars, wrote that 50% of his 70-ring smokes split on him. 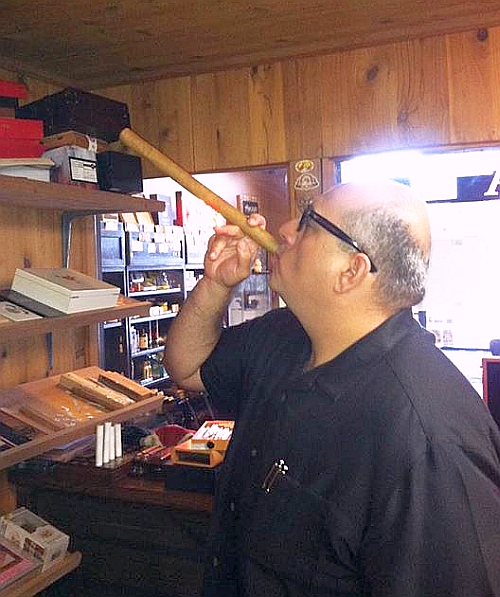 Ironically, a number of people said that they’d had more problems with smaller ring cigars. Others had tried big giant cigars, but just didn’t take to them, and returned to their usual ring sizes, while a lot of commenters noted that they didn’t like 60 ring and higher cigars at all.

One of the more interesting opinions among some of the comments was that bigger cigars had less flavor due to the smaller wrapper to filler ratio. Although this is entirely subjective, they may have a point. I recently smoked a very flavorful and complex cigar in a 660 that I love in the 5″ x 50 robusto shape, and immediately noticed a lack of flavor by comparison. It was still really good, but I’ll stick with the Robusto from now on. 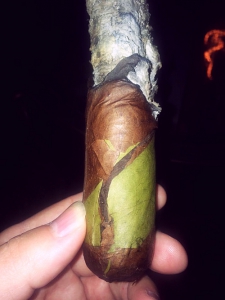 “Better made cigars cause fewer problems,” wrote one commenter. Another said that “tighter rolling” seems to make extra-wide cigars less problematic. Buy Maduro cigars and others with thicker, more elastic wrappers like Habano and Corojo, which tend to hold up better than delicate wrappers like Connecticut and Cameroon. Don’t hit on the cigar too hard or too often, and try keeping the band on. All are worthy suggestions, especially the point about not hitting on a BGC too often. Keep in mind that the center of a 60, 70, or 80-ring cigar is a virtual blast furnace.

The two comments that came up most often as a solution to splitting were, storing big giant cigars at a higher humidity, and to use a V-cutter. Interestingly enough, this is what I was thinking while pondering my own solution. I usually keep my humidity at around 65 – 67% on average, so that may have played a role in the problem. The V-cutter thing was a shear guess on my part, because I don’t use one that often. But I figured, if the cut reduces the amount of smoke, it may also keep the cigar cooler.

Suffice it to say that, after giving my big giant cigars a little more moisture and using the slimmer V-cut rather than removing the entire cap, my next BGC, a 770, smoked like a charm with no issues, as did a 660 that I prepared the same way.

Will it work on every BGC? I can’t promise that, but there seems to be something to it. Most of the respondents did not have splitting issues, and I have no idea whether or not they used V-cutters, but if you really enjoy smoking super-size cigars and run into trouble, you now have a feasible resolution to the problem. Just don’t let the RH get too high, since spongy cigars have a tendency to split if they get too hot, regardless of their size, shape, or wrapper.

Finally, thanks to all of our Facebook friends who contributed to this blog.

Reading Time: 6 minutes Can Robustos and Churchills of the same cigar blend taste different? We sample five popular brands to see how much a cigar’s size affects its taste. Click to see more!