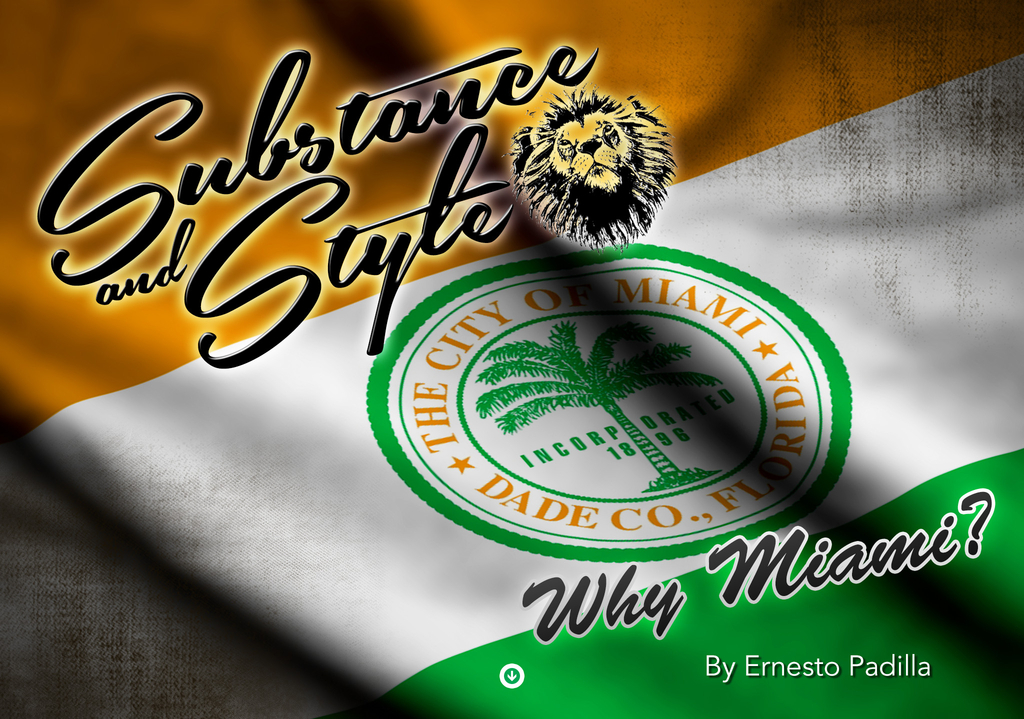 Substance and Style: Why Miami?

Romario rises every working morning at 6 AM, as he has for 20 years. He showers, dresses, and heads out for breakfast at a small, authentic Cuban bodega: café con leche, buttered tostada for dipping in his coffee, and a fruit bowl of papaya, melon, mango, and mamey.

Alert and ready for his day, he heads out on foot to the El Titan de Bronze factory. He reports to his supervisor, finds his bench, sits down, and lights a cigar. He methodically bunches the fillers, rolls them in the binder, then puts them into a traditional wooden mold. Once full, he closes the mold, places it into a press, and turns the crank wheel.

He then turns to another press, throws open the wheel, and begins carefully applying wrapper leaves to the cigars, finishing each in the traditional Cuban style, with a triple cap. In this way, he will produce upwards of 100 cigars today.

While working, Romario quietly reflects on his circumstances: from his teenage years, he rolled cigars in the Romeo y Julieta factory. Even then, the hope of a better life in America seemed a distant possibility. If not for his cousins whose emigration preceded his own, he might never have known that life outside of Cuba could offer the opportunity to pursue his life’s work without the omnipresent threat of incarceration, or “political re-education,” for so much as voicing an unpopular opinion.

This scene plays out every day in Little Havana, a vibrant, bustling section of Miami that is rich with arts, culture, commerce, and home to thousands of Cuban immigrants and their descendants. For shame, it is also the last bastion of premium cigar manufacturing in the United States. 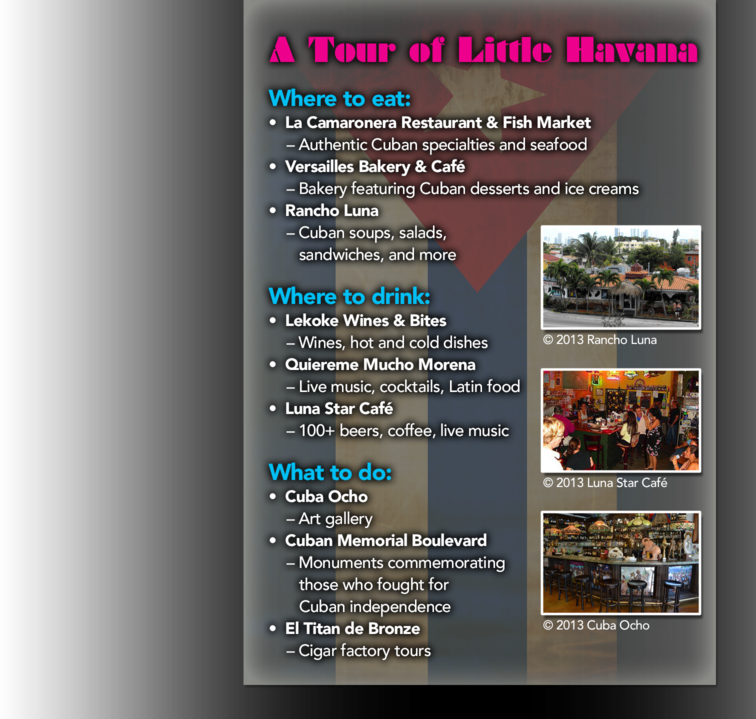 When you think “cigar factory,” it’s easy to think of the Dominican Republic, Honduras, Nicaragua, and even Cuba. What you may not know is that the United States once was the cigar-making capital of the world.

A good comparison is to the U.S. food supply. Before supermarkets, mechanized farming, boxed entrées and ingredients you can’t pronounce, people bought their dairy, produce, and meat locally. In the same way, most towns had at least one cigar maker, with literally hundreds of cigar makers in some New York, Pennsylvania, and Florida towns.

As it happened, though, cigarette use began to outpace cigars – slowly at first, and then exponentially. With demand and revenues dwindling, many cigar factories downsized or closed altogether. Regulatory challenges by the U.S. government didn’t help; nor did the increase in materials and labor. What resulted was an exodus of cigar production to Central America, and the resultant consolidation of cigar brands.

While Tampa’s output equaled just one sixth of PA’s, they were highly popular for their “Clear Havanas,” cigars made in the United States using Cuban tobacco.

Today, America’s premium cigar rolling business is but a shadow of its former self. The high cost of transporting tobacco from Central America and elsewhere is certainly a factor, but not even the biggest one. There are the onerous administrative costs and headaches of getting special licenses to import tobacco and actually produce the cigars, every one of which must be accounted for. Then there is the SCHIP tax of 40.26¢, which must be paid on each and every cigar, not to mention the significantly higher wages paid to American workers over Central American workers.

With all of those factors, it’s easy to see why cigar makers aren’t exactly clamoring to establish a manufacturing presence stateside. So why do we do it? Why make Padilla Miami 8&11 right at the corner of 8th St. and 11th Ave., right in the heart of one of the most expensive cities in America?

Little Havana is full of Cubans, for whom cigar making is a way of life. From an early age, they learn the considerable art of handcrafting premium cigars, and their very culture dictates a profound appreciation for tobacco. Who better to roll cigars in the traditional Cuban style, than Cubans themselves?

These same Cuban immigrants generally love their country and culture, but hate its oppressive dictatorship. There is something to be said for being able to do what you love while enjoying a higher standard of living than the average Cuban peasant could ever hope to accomplish, all while enjoying the considerable freedoms America offers.

Then there is the climate: at its southernmost tip, Florida is a mere 90 miles from Cuba, and possesses a similar climate, with the humidity necessary to manufacture cigars to the highest possible standards.

As a Cuban expat in love with the United States, I understand what it means to be torn; to love your culture and way of life, but to hate the State that controls it. It gives me no small amount of pleasure to give other Cubans to chance to live and work as they fit, under the blanket of liberty and freedom.