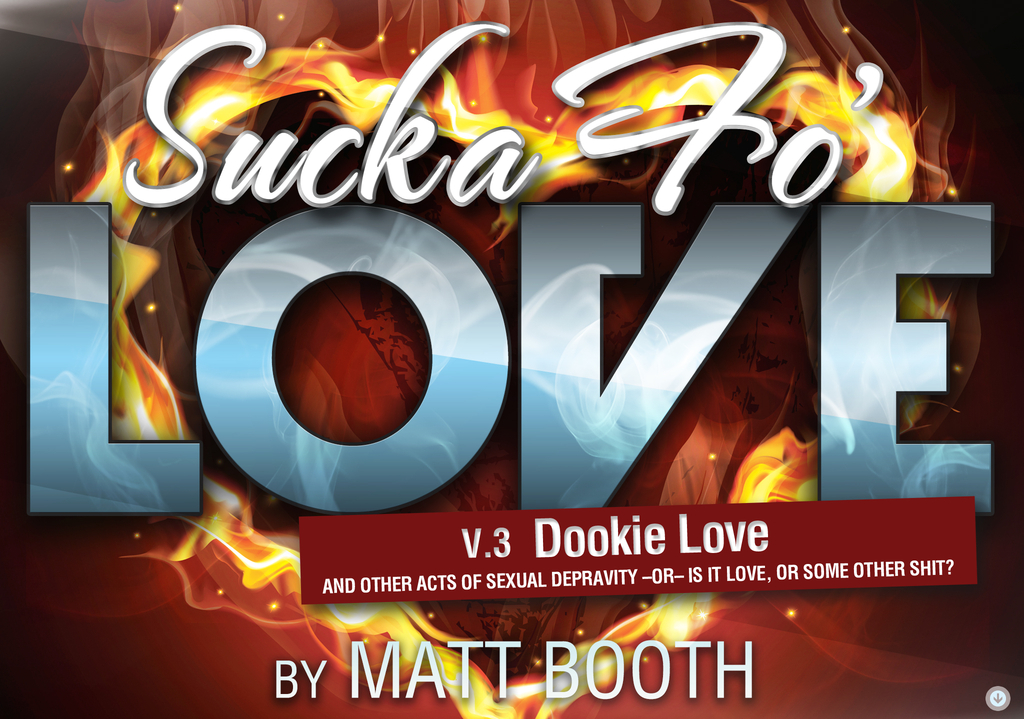 One fateful day, early on in my blossoming career in the premium tobacco industry, I witnessed firsthand an epic and brutally provocative conversation between two of my contemporaries in the business. The earth of this conversation was argumentative and, in my mind’s eye, logical on both sides. The debate took place in a humble Travelodge suite in Northern California between a young salesman and his superior, both of whom shall remain nameless within this article for the sake of privacy. I will refer to these two individuals by names that, in my opinion, properly represent their stance in the conversation.

Just as all my work here is the examination of the landscape of interpersonal relationships and love within the humanoid sector, likewise was their conversation. The crux of the debate was this aberrant, but poignant question: What acts between two consenting (or not so consenting – if you happen to be in to that kind of party) partners can be considered the communication of true loving feelings and what acts, if any, falls outside the boundaries of an expression of love.

Our life veteran (old school) simply stated that this, and acts of this nature were simply “some other shit” and not acts of love. In this episode we will delve into what I like to call “Dookie Love” and other such acts of deviant sexual behavior in an attempt to find some common ground between the chest-pooping modernized sex aficionados and those of a far more traditional view on sex in hopes of deciphering whether the intimate interactions you’ve been sharing with your partner(s) is love, or simply put – some other shit.

It is difficult to say just how far back the practice of Dookie Love (or other such acts) goes. During previous chapters in the timeline of life, it is, not surprisingly, difficult to find any official information regarding such sexual behaviors as the world was a far less “open-minded” place. Historically, even far less deviant acts, like ATM (that is less deviant, right?), were considered taboo. As recently as the 1950s the hip shaking of Elvis Presley was cut from television broadcasts as it was deemed inappropriate and provocative. With that said, it has to be assumed that any record of medieval chest pooping and such would be buried deep in the archives human sexuality.

Only somewhat recently in our “modernized” and “progressive” society has it become more acceptable to push the boundaries of what may have never even crossed the minds of your parents while engaged in the act of matrimonial (or not so matrimonial) coitus. Whether you select to partake or not – just look at it this way, that pleasant young lady that bags your grandmother’s groceries every Sunday down at the local market might be baking her mom an apple pie right now, homemade with love.

That same wholesome young girl from the corner market may also (in the privacy of her own home or in the auditorium of your local underground swinger/freak show sex club) currently be hanging upside down from the rafters, utilizing a stainless steel spiked leather harness whilst a live pheasant is being forcefully jammed up her petite and wholesome brown eye. My point, my esteemed brothers and sisters of the leaf, is that you never know what is going on behind someone’s bedroom door.

Now if that isn’t enough to have you look at every single person you come across sideways – let’s move on.

Upon a recent visit to the Pleasure Chest in West Hollywood, for research purposes of course, I unearthed a plethora of fine merchandise. I had to assume that the trinkets and gadgets offered for sale within this fine establishment were intended as tools to help people facilitate and communicate what they believed to be love with their partner(s). I frolicked amongst a fantastic selection of latex facemasks, mastodon-gauged scepters of faux-flesh and even electric shock kits. While browsing the selection there, I sought the assistance of the staff and began asking many questions, such as but not limited to: “Where exactly would you insert something like this?” and “Is there a multiple item discount?”. Many times I found myself simply asking, “Good God man, why??”

Had even I fallen off?

Am I now a dinosaur of traditional and less than cutting edge practices?

Marvin Gaye never sang to me about any of these apparatus. How can these be valid tools (shudder) on the shuffleboard of romance?

I felt that it was my duty to my readership here that I investigate further.

I loaded the black bags filled with all of my newly acquired merchandise into my privately owned vehicle and trundled off down the road heading home. I felt the wind in my hair whilst my knees clamored with nervous energy. I then thought – whomever shall I call to help me make sense of all of this? I first anxiously dialed a one Mr. Dylan Austin (esteemed Director of Marketing for fancy cigar brands such as Camacho and *cough cough* Room101)

I then attempted to try my good friend Mr. Jim Young (president of fancy cigar brands such as Davidoff USA) and good friend Douglas Laue (CFO of fancy cigar brands such as Davidoff USA) again; I was sent to voicemail – I called my contemporaries within the industry, bloggers and consumers alike. The people I reached (I am sure) assumed that I, Matt Booth, was simply “at it again”, creating more of my signature antics for my own or our mutual entertainment. Nevertheless, I had become the little boy who cried wolf. Distraught and alone, I drug the large and cumbersome murdered-out satchels across the threshold of my living quarters.

What happened over the course of the next two weeks behind that closed door will not make the prime time spotlight of my featured article here. Just know that I spared no expense (physically, psychologically and monetarily) to explore this subject matter to the end all – be all depths of depravity and self-respectless rock bottom necessary to perpetrate every possible scenario against myself – All in the name of journalism. My goal? Bringing an understanding of this topic to light for my readership, obviously. The self-rape I subjected myself to was all encompassing and more than likely due to several adverse physical side effects that were a direct result of my experiments, impossible to recreate or perpetrate against myself again.

I had fed myself from the bottom of the waters of the river Sodom, and my palate (cigar term everybody! Do you see the connection! Yessss!) was satiated with this vermin-esque finish (and again!). I suppose my point would be this: Love is a beautiful thing – if you are fortunate enough to find it in your lifetime wrap very heavy chains around it and don’t let it out of your sight. Make babies with someone you love and afford your offspring opportunities that you never had as a child – out of love. Find your equal, your partner and your best friend to hold and to cherish for the rest of your days. Don’t pee on them, embrace them like a decent human being. Chances are if you have the urge to bring scat play into the bedroom your copulation communication probably has more to do with loathing yourself (self-defecation?) than actually loving someone else.

Maybe mom didn’t love you enough – or perhaps your dad loved you a little too much. Whatever the case may be, I’m sure there is help out there for you and I hope that my work here may have potentially shed some light through the darkness of the confusion you face every day in your forest of sexual dysfunction. It was a long and arduous road my little chitlins, but I have concluded, at the expense of the very fibers that somehow hold together the frays of my own personal sanity, that love is beautiful and clean – let’s all work together to keep it that way.

Matt Booth is the mind and CEO behind the 101 Corporation. A merchant of West Coast vibe, his path to world domination has included the creation of the Room 101 line of custom jewelry and, through a partnership with the Camacho family of cigars, the corresponding Room 101 cigar experience. If you've flipped through any reputable fashion magazine or gone to a rock show, you've seen his work on the hands and around the necks of the Room 101 Conspiracy. A roller derby and tattoo enthusiast (though not both simultaneously), his relationship counseling credentials are non-existent other than for having lived it. If you need advice, he will tell you: " "I make writings for you." "