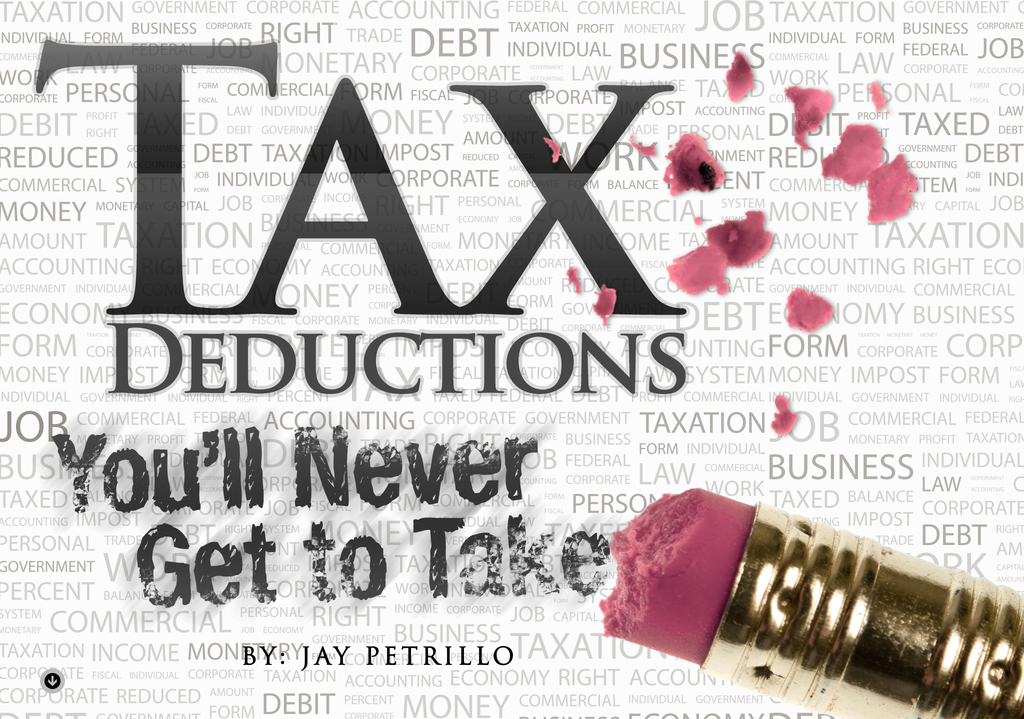 As a whole, the IRS wants each taxpayer to pay his fair share of taxes. That said, there are hundreds, if not thousands of tax credits out there. Each one is designed to reduce an individual’s tax owed or taxable income. Some credits are familiar to us, such as the Earned Income Tax Credit, or the First Time Homebuyer Credit. Other credits are available, but so obscure or ambiguous, they are worthy of discussion.

With that in mind, I give you five tax credits that you will never get to use.

My bet is that you didn't realize the Treasury Department contracts with the bald and bespectacled Dr. Bunsen Honeydew and his long-suffering assistant Beaker. Yet, fresh out of the Muppet Lab is the Alcohol and Cellulosic Biofuel Fuels Credit from Form 6478.

For those of us who simply drink our alcohol, as opposed to pouring it into our John Deere, some explanation here is needed. The term cellulosic means “of or containing cellulose,” which is a carbohydrate, and a biofuel is a form of energy derived from organic matter.

Let's think about this. Carbs produced from organics. Beer! The IRS will give us a credit if we decant beer into the belly our green energy hybrid two-wheeled smart car? Not quite. The credit has to do with ethanol producers, but even with reading the form's instructions, we'd never know it.

Geography and the IRS

Quick – Where is the American Samoa?

It's sad when our knowledge of the South Pacific is solely based on the ubiquitous autumn runs of Survivor, but, as its name implies, the American Samoa is indeed a U.S. territory. Find it to the east of the Wallis and Futuna island group. No? Then stand on the shore of Australia and skip a rock about 1,500 miles due east, and you might hit it.

But if you happen to be on a cruise, and if your vessel becomes marooned on the American Samoa, and if you then take it upon yourself to assemble a rubber band industry mined from the bark of the Hevea Brasiliensis tree, you would be remiss not to file Form 5735, American Samoa Economic Development Credit.

Form 8820 is used to claim the Orphan Drug Credit. So waifs and strays, perhaps those who have turned to a life of drug use, are entitled to a tax credit? Nope. The IRS found an obscure definition of orphan – In medical terms, it describes a rare condition that affects only a small number of people and for which it is not commercially viable to develop drugs or therapies.

Therefore, the Orphan Drug Credit is actually intended to encourage the development of drugs or treatments of rare diseases. In the U.S., a “rare” disease is considered to impact fewer than 200,000 people.

I found the following included in a list of actual obscure diseases. We can all rest at night knowing that researchers and health-related organizations are hard at work curing the following (and getting a credit from the government for doing so).

Filed under the “What the heck” category of credits, one will find the Application for Certification of Qualified Investments Eligible for Credits and Grants Under the Qualifying Therapeutic Discovery Project Program, or the ACQIECGUQTDPP Credit, for short. Form 8942 is used to capture this credit, and half of the form, as you might guess, is the title.

Essentially, if you are operating a clinic, with fewer than 250 employees, and conducting a qualified trial or study, you may be eligible. So the companies that come up with results like “Four out of five dentists recommend…,” would be all over this credit.

Mine your own business

For those among us who like spelunking, you may want to look into Form 8923, Mine Rescue Team Training Credit. While the form is not quite for the cave-exploring hobbyist, anyone who has a desire to drop down a dark shaft into the earth's mantle deserves some sort of credit, in my opinion.

Form 8923 is used to claim a credit for the training and equipment costs associated with instructing individuals to serve as mine rescue team members. There is some pretty cool mining equipment out there – dredgers, pumps, tuggers and muckers, slushers and scoops, and of course, everyone should have one of those hard hats with the locomotive light on the front.

To be sure, there are a number of tax credits out there that the IRS absolutely wants taxpayers to take advantage of. For example, the Earned Income Tax Credit and Child Tax Credits are both refundable credits, meaning they not only reduce your taxable income down to zero, but they also can generate a refund. There are quite a few other nutty write-offs, little known tax breaks and obscure credits hiding in the voluminous tax code. Just imagine what your refund would look like if you have a dependent living in American Samoa who is training to be a miner working underground to cure strange diseases!

Jay Petrillo is a published writer, as well as an employee with the Department of the Treasury. He contributes tax related articles to Yahoo! Finance and to Examiner.com. Jay is available for freelance work, and you can also see him on the Yahoo!

Read More
Cigar Makers
In 2006, we got the rare opportunity to interview one of the most esteemed personalities in the cigar business: Benji Menendez. The audio was never published, as the tapes were believed lost - until now! Hear Benji's remarkable story from his life in Cuba to his success with General Cigar - listen now!
Read More