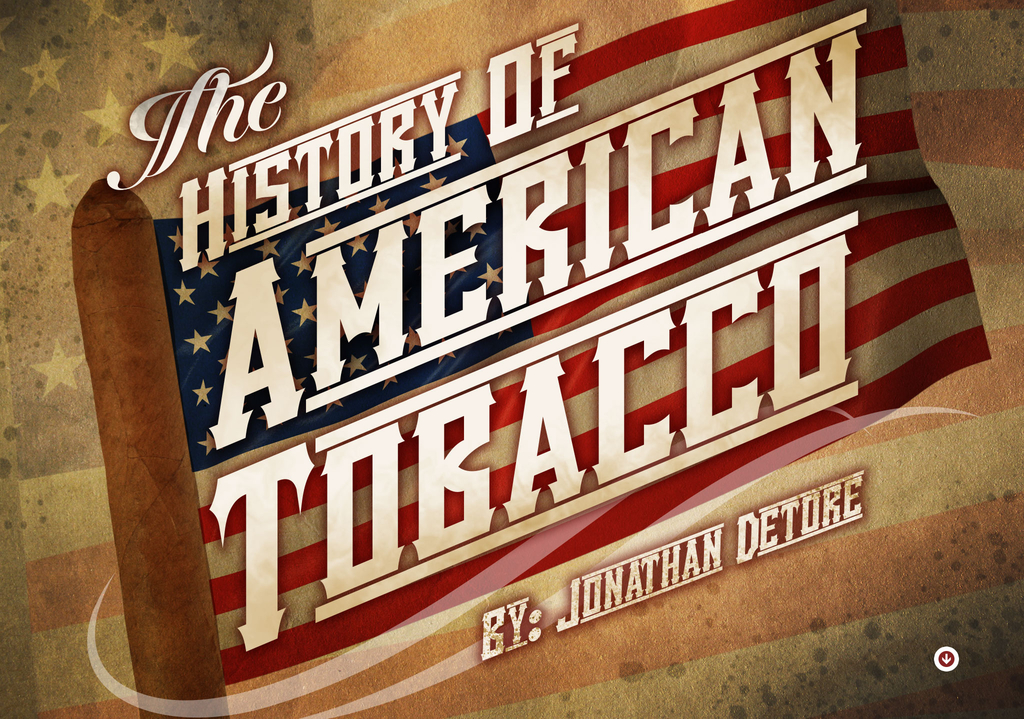 When we think about cigar tobacco, we often think of the world’s major tobacco-producing nations, and how we prefer one country’s tobacco over another (I’ll admit a preference for Nicaraguan over Dominican, Honduran, Ecuadorian, or Indonesian). American tobaccos rarely enter that discussion, with two obvious exceptions: Connecticut shade and Broadleaf tobaccos.

Connecticut shade, a tall, elegant tobacco variety widely praised for its mild flavor and smooth appearance, has been grown under shade tents in the Connecticut River valley since the early 1900s. These days, much of it is actually grown in Ecuador, whose soil and environmental conditions yield flavorful tobacco at a lower cost.

Broadleaf, a short, hearty plant with very large, thick leaves commonly processed into Maduro wrappers, is also grown there, as well as in Lancaster county, Pennsylvania. Despite increased production stateside, the variety has picked up in Honduras and other countries.

These two aside, there’s not much cigar tobacco to speak of. Whatever happened to the large-scale tobacco plantations that fueled our nation’s first baby steps towards being a world power? You know…the cash crop that offered an amazing source of revenue to help fund the war to win our independence?

American tobacco was used by Native Americans for ceremonial and medicinal purposes long before settlers arrived in the New World. It wasn’t until Christopher Columbus “discovered” natives smoking this plant that it was introduced to Europe, where it caught on like wildfire. To save on transportation costs, Europeans attempted to grow tobacco in Europe in the 1500s. These efforts largely failed due to weather and soil conditions, leaving the Americas as the only region in which the plant could be properly cultivated.

Because Spain controlled most of the tobacco growth around this time in what is modern-day Cuba and the surrounding nations, the English had to pay a high import tax for the commodity to Spain which, at the time, was the Crown’s archenemy. Of course it seemed unfair to the English to pay this tax (not unlike having to pay a tax on, oh, I don’t know, tea), so they eventually resorted to growing their own tobacco to lower these taxes.

Shifting from Spain to colonial-grown tobacco proved difficult at first due to the extreme difficulty of growing a good crop, but eventually the colonists found success, most notably around Jamestown, Virginia. The first crop was cultivated by John Rolfe in Jamestown in the year 1612; with decreased prices, demand for the crop back in England skyrocketed. Within 7 years, tobacco was the colonies’ largest export, and the promise of wealth encouraged more settlers to come to the New World and cultivate the cash crop.

Before long, cigar companies began emerging all over the U.S, culminating in a Golden Age of cigars during the Civil War. By 1880, there were only two of 38 total states in the union without a cigar factory – Montana and Idaho. In 1890 the consumption of tobacco was 4 billion pounds; by 1920, the number reached 7 billion pounds.

The answer is two-fold: first, cigars fell out of favor with American smokers, who came to prefer cigarettes, pipes, and smokeless tobacco products. This was perfectly embodied in the rationing of cigarettes to American troops during World Wars I and II.

Second, increased cigar tobacco production costs were passed on to consumers, leading to a cycle of decreased demand and production.

Over the same period, Florida’s tobacco production fell from 5,000 acres a year to zero. The state had been a major tobacco producer in the mid 1900s, supplying tobacco to the likes of Arturo Fuente and Puros Indios. By 1977, the industry was extinguished altogether.

Even today, U.S.-grown Connecticut shade-grown tobacco is among the world’s most expensive, commanding around $35 per 1,000 pounds at wholesale; compare that to $19 per 1,000 lbs. Both are cultivated using the same seeds.

Fear not, cigar-loving patriots – the use of U.S. tobacco has been steadily on the rise as we can see from the modern use of tobaccos grown in Pennsylvania, Kentucky, Tennessee, and the continued use of Connecticut shade-grown tobaccos. Of course not all of these are grown for cigar use – much of it finds its way into pipe and cigarette tobacco. We also see a trend in the use of American grown fire-cured tobaccos with cigars like Drew Estate’s recently-released Kentucky Fire Cured cigar.

Fire-cured tobacco has seen increased use in smokeless tobacco, the use of which has been on the rise for 18 consecutive years leading up to 2006. This increased demand was predictably met with increased production, thus expanding the acreage used to grow the tobacco. The cigar industry is now eyeing this tobacco variety for the unique profile achieved by the curing process. And since the fire-curing process is far shorter than traditional methods, the tobacco is some of the cheapest on the market at around $9 per 1,000 pounds, wholesale.

You already know that Ecuadorian Habano may taste wildly different than Nicaraguan Habano, because each region is imprinted into the leaf via its unique soil and environmental conditions. Does this same concept not apply to Habano seeds grown in Virginia, Kentucky, or Pennsylvania? U.S. cigar tobacco farming may have been pushed to the brink of extinction, but we are at an exciting impasse where cigar manufacturers are just beginning to experiment with U.S. grown tobaccos in cigars. Who knows? Maybe we’ll soon see even more blends that make extensive use of tobaccos grown in the good ol’ U.S. of A.

Operation: Cigars For Warriors -The Unexpected Rewards of Volunteering