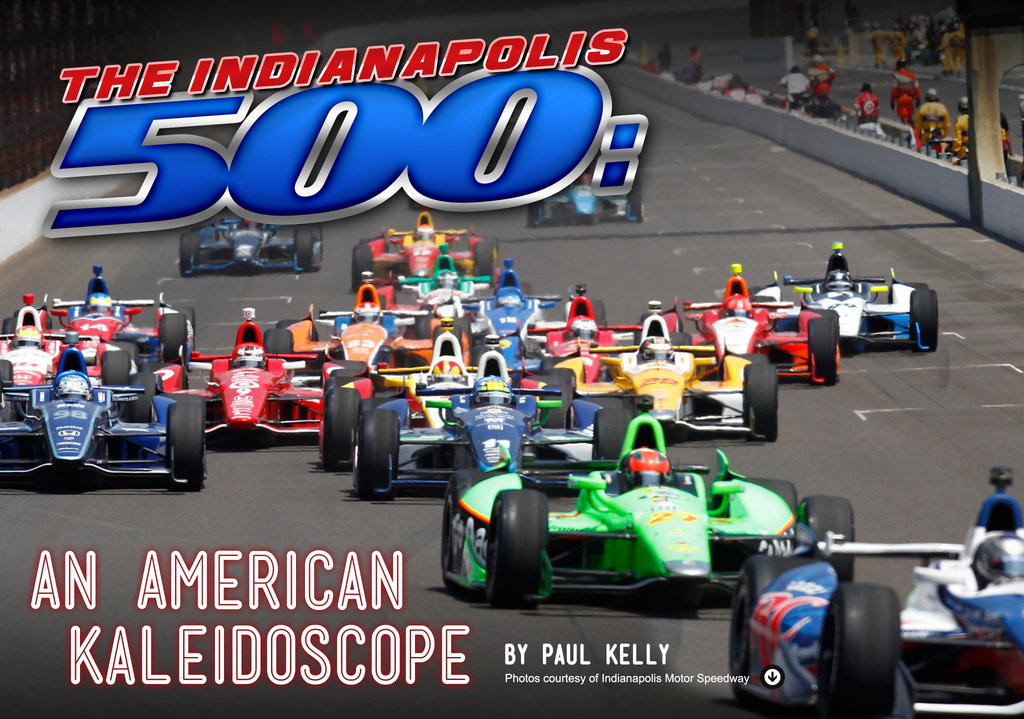 The Indianapolis 500: An American Kaleidoscope

The simple facts about the Indianapolis 500 are enough to catch the eye and entice the mind.

It's the world's largest single-day spectator sporting event, with nearly 300,000 fans pouring into the grandstands encircling the famous “Brickyard” the Sunday of every Memorial Day weekend.

It's staged at the largest sporting venue in the world, with more than 250,000 permanent seats. That's seven times the size of Fenway Park. More than three times bigger than the Superdome. The infield at the Indianapolis Motor Speedway is 253 acres, big enough to fit Yankee Stadium, the Roman Colosseum, the Rose Bowl and Vatican City.

But there's something far bigger than numbers. Something more impressive than the 225-mph speeds that turbo-charged Indy cars reach in the Indianapolis 500, covering the distance of more than a football field per second.

The Indianapolis 500 transcends sport and remains a singular American experience for fans for one reason: It's been around for more than a century, yet it still exudes hip vitality. Few events fuse a bedrock respect of decades-old tradition and an exciting, fresh sense of possibility every year like “The Greatest Spectacle in Racing.”

Only at Indianapolis on Memorial Day weekend will fans from Generation Y sing along reverently with Jim “Gomer Pyle” Nabors, famous long before they were born, to the unofficial theme song of the race, “Back Home Again in Indiana,” just minutes after gyrating their bodies to a techno DJ in the Snake Pit party in the infield.

It's a race where a lone bugler playing “Taps” to honor fallen military heroes brings a heaving throng of 300,000 to eerie silence. Then just minutes later, that same crowd explodes into rapt cheers when a traditional command of “Ladies and gentlemen, start your engines!” brings a traditional field of 33 cars to spine-tingling internal combustion life for a three-hour, 500-mile thrill ride to a spot on the Borg-Warner Trophy and racing immortality.

It's a test bed where the first rearview mirror was used in a car, by the inaugural winner, Ray Harroun, in 1911. It also remains a laboratory for future automotive technological and safety innovations, such as biofuels and energy-absorbing crash barriers.

The Indianapolis 500 is an ever-turning view of the kaleidoscope known as America. It's beer and brats in the tailgate of a truck. It's brie and burgundy in a luxury suite. It's an octogenarian sitting in the grandstands next to a wide-eyed 7-year-old kid. It's a toast of cocktails among reunited friends and a traditional chug of a glass bottle of milk by the race winner in Victory Lane.

There's a reason why fans flock to Indianapolis every Memorial Day weekend, why tickets are passed down from generation to generation like high-octane heirlooms: It's a colorful palette juxtaposition of power and partying, history and heroes, speed and sound.

Paul Kelly has worked in professional motorsports, either as a reporter or public relations representative, for nearly 25 years. He is currently the communications manager for the Indianapolis Motor Speedway, home of the world-famous Indianapolis 500, the Brickyard 400 NASCAR Sprint Cup Series race and the Red Bull Indianapolis GP MotoGP race. When not at IMS, Kelly lives in Marcellus, N.Y., with his wife and three children; besides motor racing, he enjoys boxing, skiing, cycling, reading, video games and serving as the lead singer in a local rock band. A longtime cigar enthusiast, his favorite is Henry Clay.

Boutique is in the heart