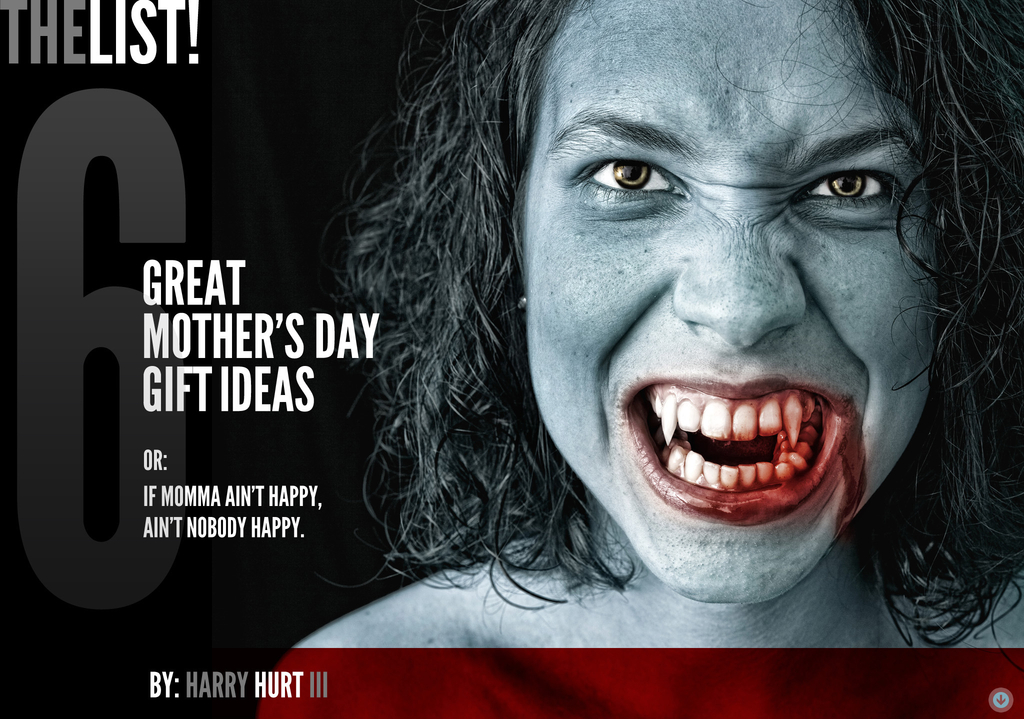 What does a woman want? That seemingly simple question has discombobulated and frustrated mankind ever since Adam wondered what to give Eve in return for the apple she re-gifted from that snake in the Garden of Eden. Sigmund Freud posed the same question in the presaging what modern day shrinks call couples counseling. But even Siggie, who archly opined that “SOMETIMES A CIGAR IS JUST A CIGAR,” wasn’t able to supply viable answers.

Now comes mother’s day the annual occasion when we men are called upon to honor and attempt to satisfy the most important women in our lives: the mothers who brought us into this world and the mothers who’ve born our children. Short of engaging in a life-or-death battle to protect your loved ones, can there be anything more vexing or more excruciating than trying to come up with Mother’s Day gifts that are not rejected and then returned for stuff you never, ever would have guessed they wanted?

We don’t pretend to have solved this eternal dilemma, but we do have several suggestions based on firsthand interviews with actual mothers. They range from totally outrageous gifts that cost a fortune to (relatively) inexpensive but still elegant items and an offering that costs nothing in monetary terms-although yes, there’s a catch that we’ll elaborate upon later.

Just try to remember the age-old adage that, “it’s the thought that counts”- and the inextricably related admonition that if you believe that for a nanosecond, you’re up a creek without and Adam’s apple or a premium tobacco leaf to cover your family jewels.

Nothing says, “I love you, mom,” like a yacht with her name on it, a gift with namesake permanence since seagoing superstition holds its bad luck to change a craft’s christened name. 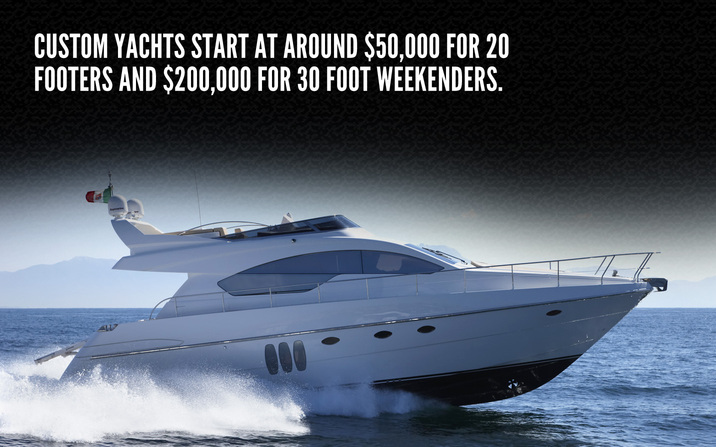 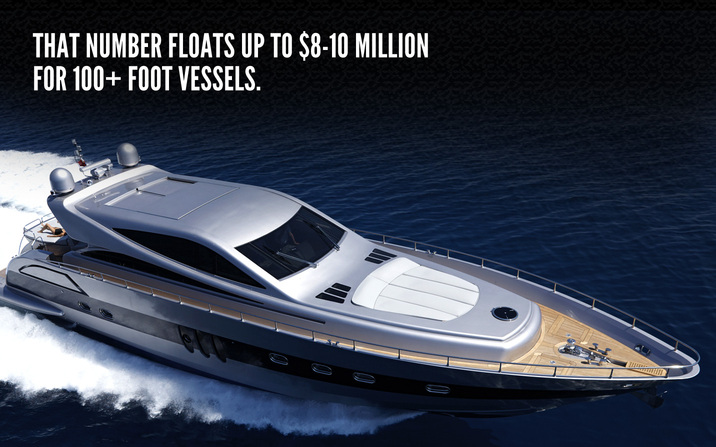 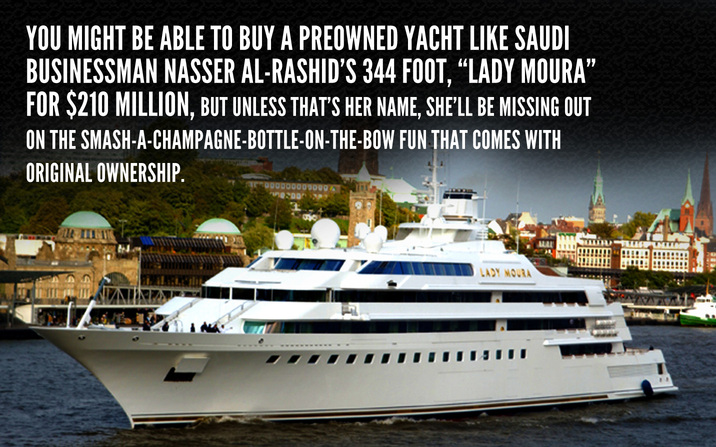 Get her an intimate, small lear jet that seats four and retails for just $3 million.

If that’s too pricey until the economy recovers, treat mom to a trip free from airport security hassles on a mid-sized jet with charter prices starting at only $2,550 an hour. 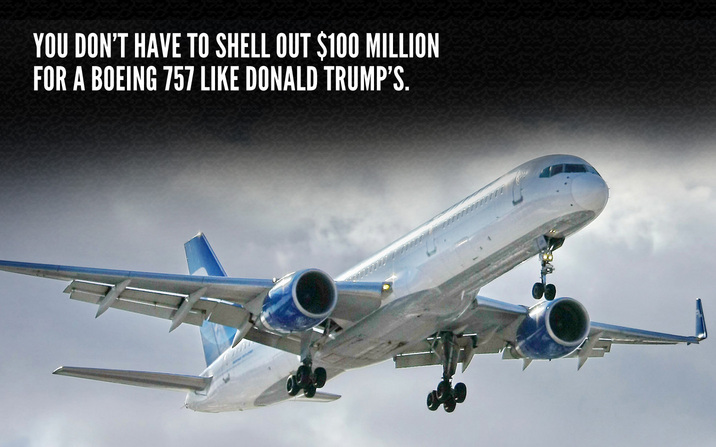 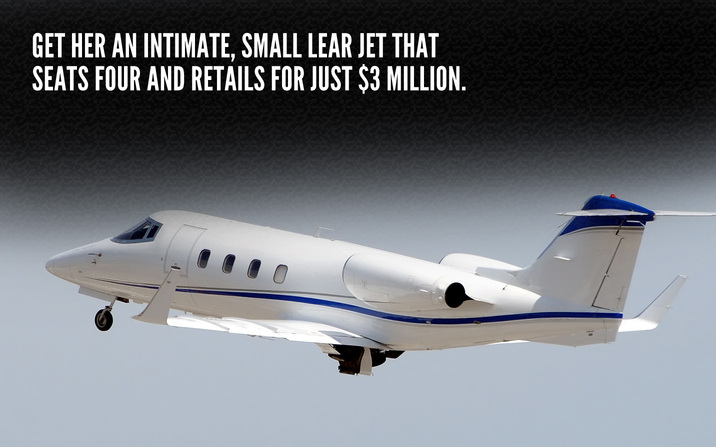 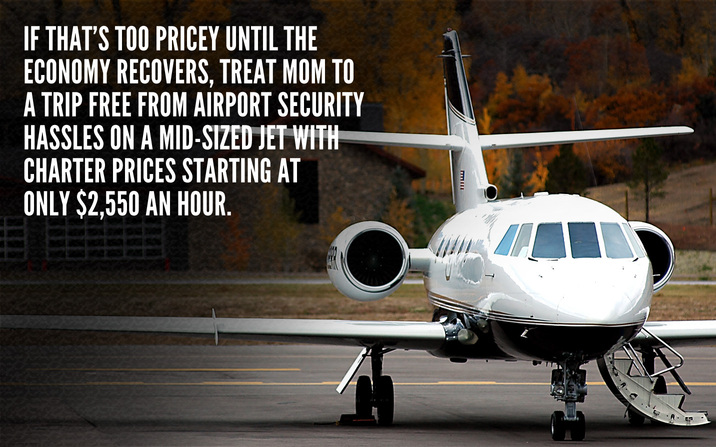 Diamonds are a “Mom’s” best friend…and some of them are actually affordable.

Show mom just how much you love her. Slip this Harry Winston marquise diamond and platinum trinket on her digit for only $75,000.

While you’re at Harry Winston’s you could also nab her this diamond-encrusted, 18K Gold dome ring for a mere $24,500.

Alphabet letter engraved charms from Helen Ficalora for $50. Just make sure the engraved initial matches “Mom’s” or she’ll spell your name with the 16th, 18th, 9th, 3rd, and 11th letters of the alphabet. 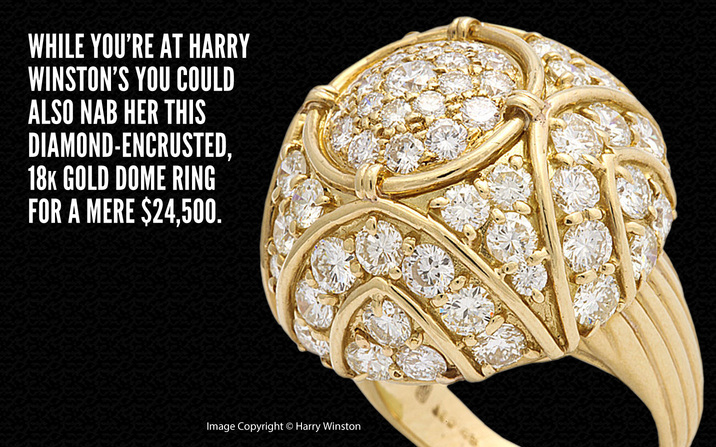 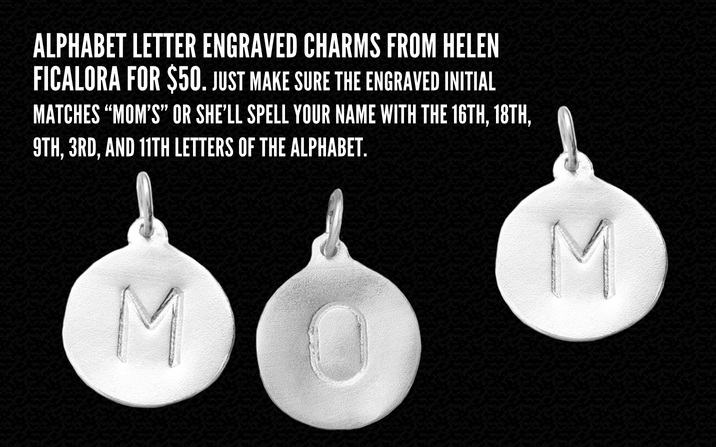 Fast and fancy cars aren’t just toys for boys; they can give “Mom” a thrill, too.

Yes, we know you lust for something like a $2.4 million Bugatti Veyron. Just remember, this is for “Mom”.

Mom’ll probably prefer a quieter ride like a Bentley Continental GT which starts at around $280,000. Bentleys come with four-wheel drive so she won’t have to call AAA to pull her out of snow or beach sand. 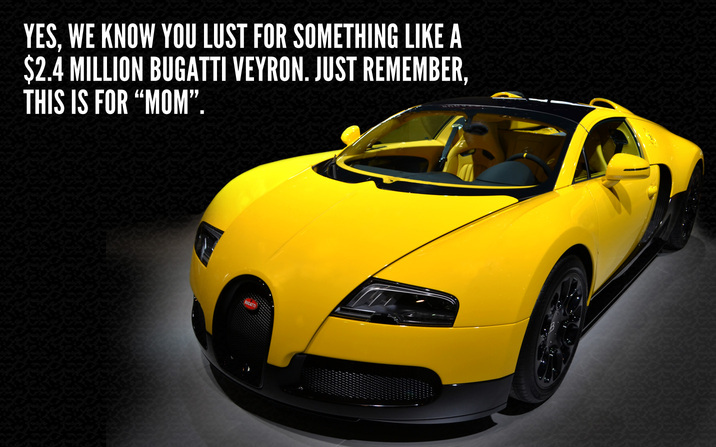 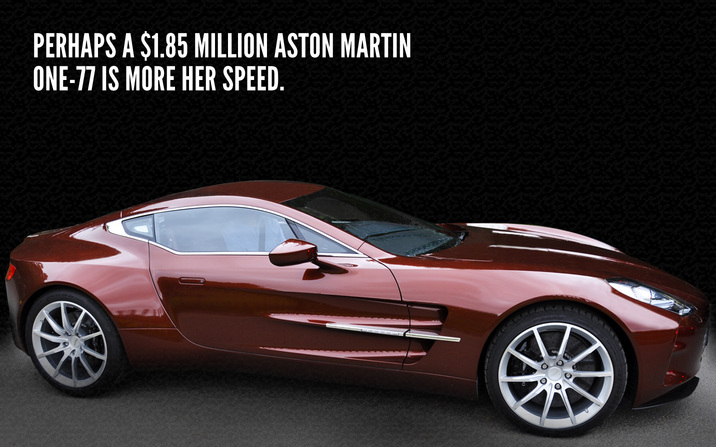 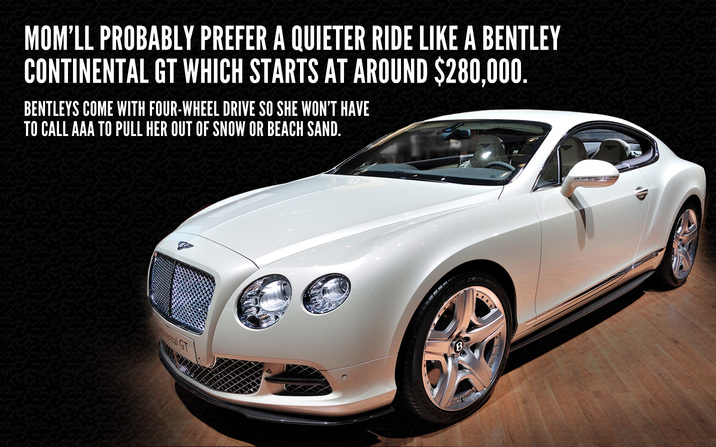 If “Mom” isn’t really into high-ticket boats, planes or cars, give her something only “Fur” her.

How about a brown mink short coat by Jean Paul Gaultier for $13,354?

Or give her something you can both get into (figuratively of not literally) like a Sexy Black Bordelle Sub Angela dress for $1,095.

Then just bowl her over with a Louis Vuitton Monogram bowling bag purse for only $2,545. 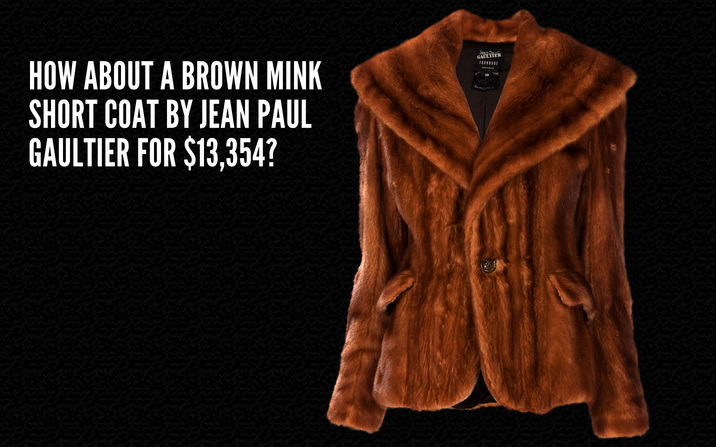 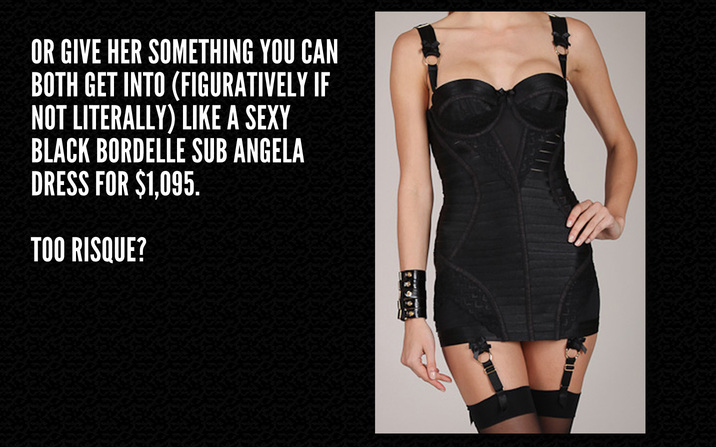 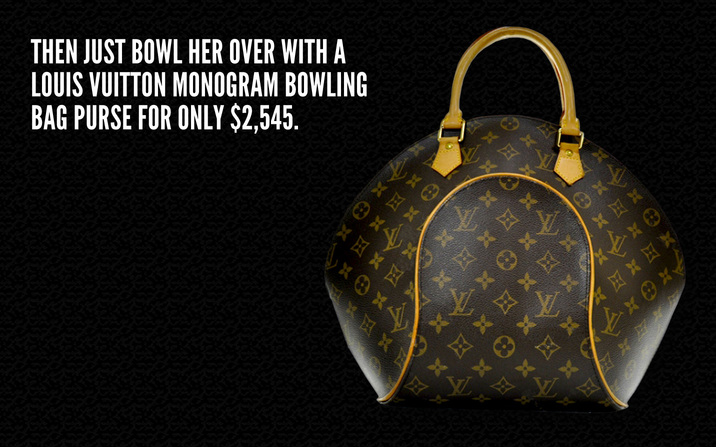 Your undivided attention as promised, here’s a gift that won’t cost you a single dime, though it may take a priceless toll on your mind and soul. Come on, just give it to her. Or try anyway. It only has to be for a singular Sunday that is Mother’s Day, but if you really want to score points, attempt to do it for the entire weekend. According to our interviews with real mothers, your undivided attention is what a woman really wants.

Reading Time: 4 minutes Our next episode of #nowsmoking reunites Gary Korb and Khuong Pham – and they’ve teamed-up to smoke the Joya de Nicaragua Antaño CT Corona Gorda. Watch their review now to see if it lives up to its “medium-bodied, full-flavored” expectations…