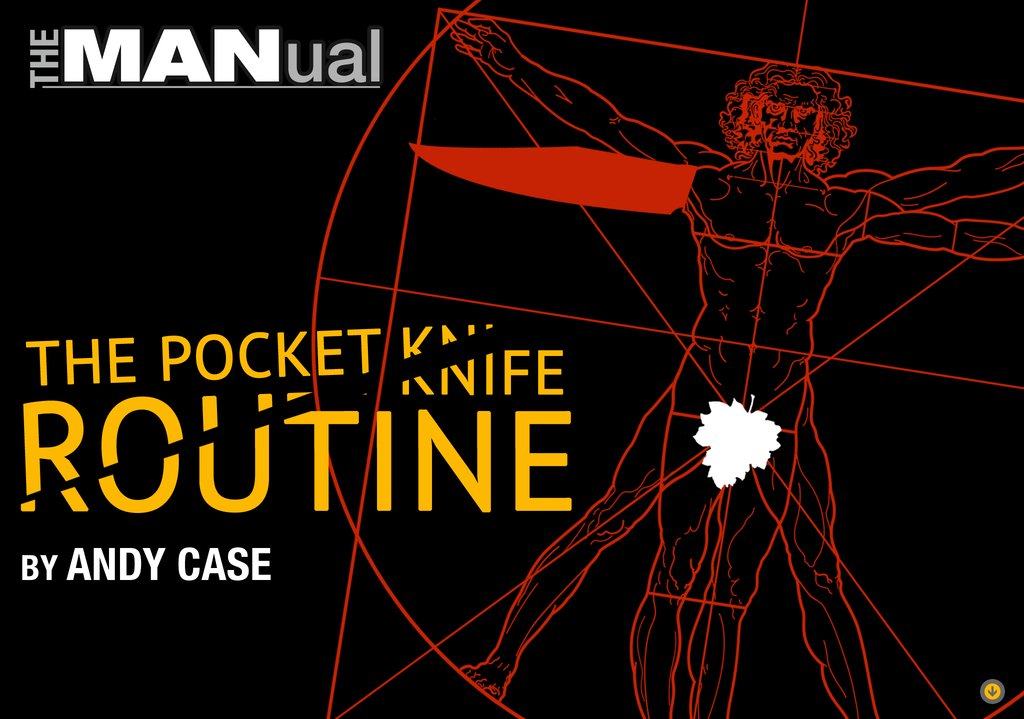 Every man has a morning routine, something along the lines of a quick shower followed by minor grooming, dressing, and just before walking out the door, filling his pockets. For the minimalist, it is the wallet, the phone, keys, and – for that in-the-know – a pocketknife.

While knives come in all shapes and sizes, the classic pocket knife finds use in everyday life. Sure, the Swiss Army knife is a household name, but with its variety of tools, it is unnecessarily bulky and uncomfortable in the pocket. Multi-tools like this are useful in certain situations; however, a standard single blade knife should be a part of every man’s routine.

The Wenger Giant Knife (illustrate) is the largest Swiss Army knife in the game, boasting the ability to handle 141 functions. In addition to the standard blade, can opener and toothpick, it includes a fold-out laser pointer, 4 golf tools, 3 fishing tools, no less than a dozen different screwdrivers, rivet setter, magnifying glass, wrench, tire tread gauge and a cigar cutter among its 87 implements. Oh, yeah – and tweezers. 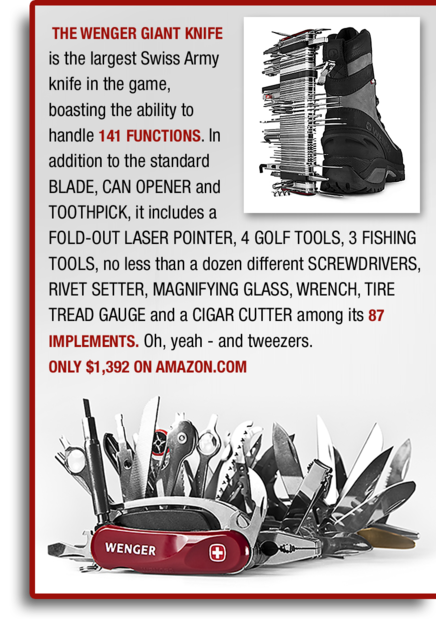 Some may argue against the usefulness of carrying one daily, but we have all been in situations where you will inevitably be forced to ask, “Does anyone have a knife?!” Whether you are opening, trimming, slicing or dicing, you never know when a proper knife will come in handy.

The pocket knife has a long history that dates back to the iron-age, a period in which the use of steel and iron became widespread. From weapons to decor, the use of iron expanded many industries of the day. It is here that the world caught its first glimpse of the modern-day pocketknife.

Today, the pocketknife is synonymous with the Swiss Army knife, a multi-tool that was provided to the Swiss infantry in the field. It allowed a single tool to handle basic tasks around the camp from opening canned food to cutting open bags and machine maintenance. However, a good ol’ fashioned pocketknife can simply be a lightweight, single blade that stores within itself through a spring mechanism. Many of the finest knives are built right here in the US of A and when purchasing, quality goes a long way.

When you go from the person asking for a knife to the person who whips it out, you’ll begin to find more and more uses as it becomes routine. Take, for instance, your day off: you have a chance to get a few things done around the house, both inside and out. After your aforementioned morning routine, you are locked and loaded with your trusty pocketknife.

The name most people associate with a pocketknife these days isn’t Bear Grylls – it’s Aron Ralston. He’s the one who, while climbing in Utah, was trapped when an 800-pound boulder fell on his arm and trapped him in a canyon. Five days later, with food and water running out, he braced himself against the boulder to break his bones snap – then used his pocket knife to amputate his own arm, freeing himself. He capped that feat off by rappelling down a 65-foot wall and walking until he was found by hikers. Hopefully, your pocketknife usage is tamer than his.

First order of business is the mail. The letter opener used to be a staple in many homes, but as paper mail fell victim to growing communication technologies, so did the letter opener. However, packages and bills still show up to the house. Rather than rip it apart like Dr. Bruce Banner, slide your pocket knife across the top; you’ll save the risk of ripping apart the inserted mail and find a clean pile of disposable envelopes. This also works great for the sealed packaging found on those whiskey stones you ordered.

With the energy you’ve taken to sort through bills, you find it’s time to eat. With the knife still in hand, you take out a Red Delicious apple. Kitchen knives are frequently too large or too dull, and just don’t cut it. You trusty pocket knife is a perfect choice, and you’ll find that the visceral satisfaction of using an ancient, shiny, finely-honed tool makes that fruit taste that much better. 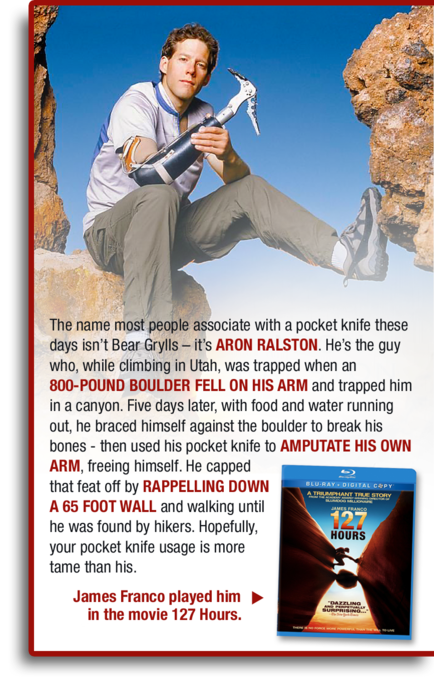 Now that you’ve built up some energy, it’s time to head outside. You head into the back shed and notice the door hinge is a little loose. Rather than sort through an array of driver heads of various sizes, the quick-fix is already in your pocket. Pull out the old knife, tighten it up and be on your way.

With most of the morning still ahead, you find some time to wet a line. If there is one ideal place for the use of the pocket knife, it is in the outdoors, especially on the water. From cutting line to pulling out hooks, the trusty pocket knife can save your fingers from unwanted lure wounds and keeps that fishing line out of your mouth. Its use is infinite in the wild. Over time, the elements of fishing can take a toll on any knife, which is why quality is key in your purchase, or at the very least a designated outdoor knife.

Sometimes your everyday knife becomes an outdoor knife – like a guy by the name of Jason Hobbs, who used a pocket knife to fight off a mountain lion that attacked his 6-year-old son Rivers, at Big BendNational Park in Texas.

Hobbs was able to fight the lion off by stabbing at it with a pocket knife. Seventeen stitches and a few rabies shots later, everyone was a-ok.

Upon arriving back home, you decide that some front porch time is in order. While you may think rocking on the front porch is a time to rest the knife, a good stick and your imagination will allow you to whittle just about anything. Whittling is an art form that you may find to be a new hobby, allowing your creative juices to flow.

Of course, with a full day’s use of a knife, a good cleaning is in order. Cleaning should be done on a near-daily basis. If you use the knife with food, it is especially important to clean it before and after use. You have several options here, but the simplest is to run the knife through warm water, apply a mild soap, rinse, and dry it with a towel. Once dry, apply lubricant to the moving parts (a dab of WD-40 on the hinges will do the trick). Regardless of the cleaning method, lubrication is crucial to the longevity of your knife.

Here’s a quick how-to on whittling…

1. Choose your wood. Make it big enough to work with, but small enough that you can hold it in your hand comfortably.

2. Decide what you’d like to whittle – beginners usually start with a stick and make something easy, like a campfire skewer.

3. Knife in one hand, wood in the other – and always cut AWAY from you, with your hands and fingers behind the blade.

4. Start shaving away at the wood and whittle your masterpiece! 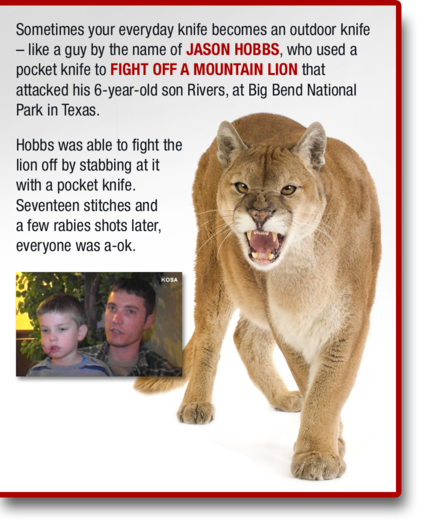 A gentleman’s knife can be a part of his everyday life, and you never know when it may come in handy for others. Make sure you store your knife in a place that is low in humidity and easily accessible. Whether it’s the top dresser drawer, the shed or the tackle box, it should always be ready for action. So now, the next time you hear “Does anyone have a knife?” you can reply with a grin… “here.”

Reading Time: 4 minutes At a glance, it looks like a large caliber bullet shell. It even gleams like polished brass. With only 8,000 boxes released, it’s the Oliva Serie V Melanio Edicion Limitada 4×60, and Gary’s got the full scoop on this stocky, box-pressed cigar.